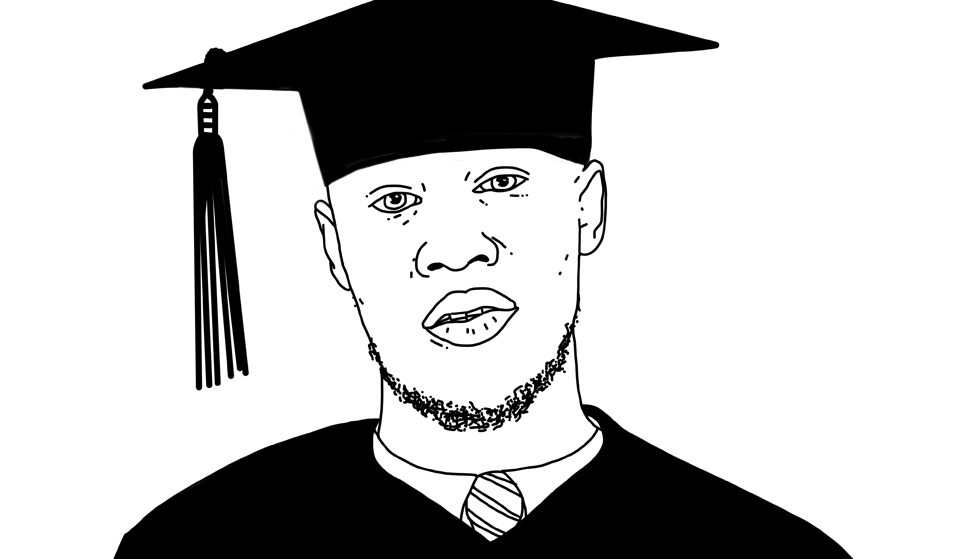 With his scholarship, the London rapper isn’t just paying for the recipient’s tuition – he’s showing a whole generation of young, black students that Oxbridge could be an option for them.

With his scholarship, the London rapper isn’t just paying for the recipient’s tuition – he’s showing a whole generation of young, black students that Oxbridge could be an option for them.

This year’s A-level results day came with a sprinkling of celebrity stardust, as Stormzy announced that he is funding two scholarships for black British students to attend Cambridge University. Speaking yesterday at Harris City Academy in Croydon, his old school, the rapper said: “When students are young, academically brilliant and getting great grades, they should know that [Oxbridge] is an option.”

As a young black man and recent graduate of Cambridge University, this story really resonated with me. Like Stormzy, I always believed that Oxbridge could be within reach, but the stats always seemed to tell me otherwise. Black people are disproportionately less likely to apply to Oxbridge than their white peers, and they are also less likely to be offered a place if they do.

To date, Stormzy has been unafraid to use his platform as a leader of the grime scene to agitate for social causes. At the Brits, he called out Theresa May for failing to keep her promises to the victims of the Grenfell Tower fire, and last year he donated £9,000 to a student from south-west London who had been offered a postgraduate place at Harvard.

Unfortunately, this one-man campaign for social justice has not gone without criticism. After announcing the Cambridge scholarship, he was met with backlash across social media, with many accusing the rapper of “fighting racism with racism.” Stormzy even took to Instagram to directly respond to the litany of messages who had been asking why he had selected just black students.

The accusation that Stormzy is “leaving out” working-class white students is as irrelevant as it is predictable. Still, it is true that people from low-income backgrounds of all ethnicities are under-represented at Oxbridge and this understandably is a source of resentment. I know all too well that Cambridge can be an alien environment for people from a whole range of atypical backgrounds, and I’m sure that some of my white friends from Wales or the North-East might have envied my ‘North London privilege’.

However, this should not detract from the fact that being visibly different inevitably associates you with all sorts of things, not all of which are positive. On my first day of university, we were shown a clip of a young black man – who looked not unlike myself – trespassing on college grounds and stealing two laptops. I’m sure this was a well-meaning attempt to encourage us to take responsibility for our security, but as the only black man in my year, it made me feel immediately uncomfortable. The awkward feeling that you are a representative for all people from your ethnic background is not one that I would bestow lightly upon any 18-year-old.

A Varsity investigation published last year revealed that black students are half as likely to receive a first, and twice as likely to receive a 2:2 or third than the average Cambridge student. While personally I did not feel as though my race hindered my academic attainment at Cambridge, being black did heighten my internal anxieties about leaving home and embarking on university study. In part, this was because of a predictable lack of cultural sensitivity from a minority of my peers. Nobody wants to turn up at University to be greeted as a novelty, and this only gave me an exacerbated version of the ‘imposter syndrome’ that is common among Cambridge undergraduates.

Ultimately, Stormzy is not a policy-maker. He is a musician who is voluntarily aiding his community out of optimism, not spite. He has recognised that his profile gives him a certain caché within the black community and he has rightly decided to work to create a better, more inclusive society. (Even the Daily Mail – a paper so devoid of nuance around issues of equality and representation that it named and shamed a black Cambridge student for campaigning to “decolonise” the curriculum – gave Stormzy’s initiative a positive write-up.)

Besides, influential bodies like the Higher Education Policy Institute have previously called for action to increase the number of white working class boys at elite universities. Let’s not pretend that an equivalent scholarship for this group (considered openly to be “the most underrepresented group in higher education”) would be met with anything other than praise; as rapper Professor Green was when he spoke out on the issue earlier this year.

The greatest benefit of the Stormzy Scholarship is not the financial one for the four recipients – important as that is at a time of rising tuition fees – but the positive impact it will hopefully have on a generation of black students who will know that Oxbridge is an option for them. Therefore, I am not merely applauding Stormzy for his generosity but for the fact that he is attempting to change the conversation around young black people at a time when stories such as the moral panic around drill music paint a negative picture. Who knows, maybe one day getting a Cambridge degree will be as cool as winning a MOBO award.

Linkedin
RELATED ARTICLES
OTHER ARTICLES
Following the release of his latest album, the rapper talks about finding a new approach to songwriting, attitudes to poverty, and why his music is more than a political statement.
With the virus now a global health emergency, we must take steps to fight misinformation and demand a swift UK-wide vaccine roll out, writes Phil Samba.
Photojournalist Fiora Garenzi spoke with people still living in Eastern Ukraine, an area which seen some of the heaviest fighting since the war began.
From the chip shops, to the bingo parlors and burlesque dancers, photographer Mike Coles remembers capturing scenes of holidaymakers by the English coast.
A sharp increase in officers armed with the electrical weapon is resulting in serious injuries and deaths.
The government’s brutal crackdown on NGOs has left victims of rape without anywhere to seek help. And now, as the country plays a key role is Russia’s war, things are only getting worse.