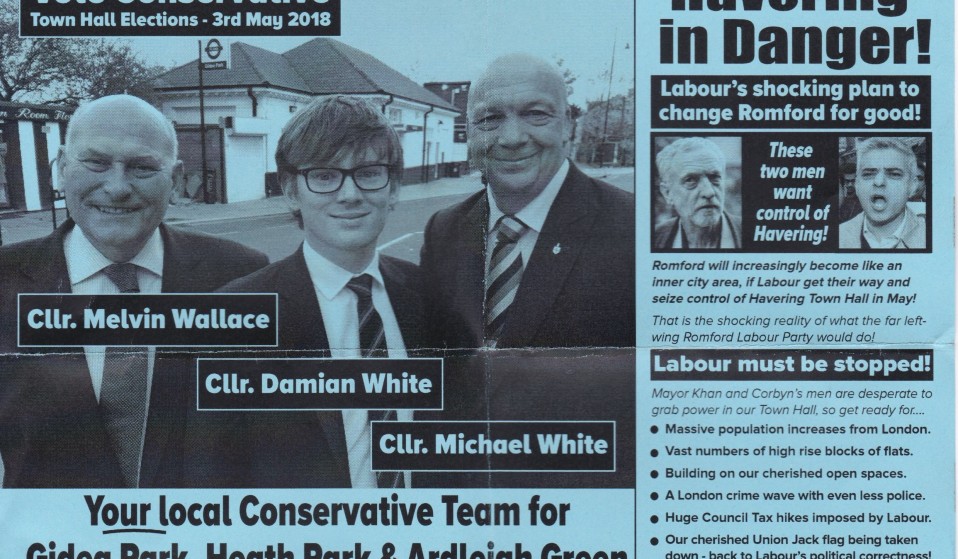 Labour is not immune from the prejudice that permeates our society, writes Dawn Foster, but the left can do better than take advice from the Tories.

Labour is not immune from the prejudice that permeates our society, writes Dawn Foster, but the left can do better than take advice from the likes of UKIP and the Tories - just look at their track records.

It will be a comfort to any readers who oppose racism, to learn from conservative commentator and researcher Andrew Lilico that “racism isn’t “prevalent” anywhere on the UK mainstream political spectrum, left or right, except amongst Corbynistas”, the very concept of of political correctness being invented in the 1990s to deal with problems Labour experienced, while the Conservatives had no such issues and no need to engage with such ideas. This argument, that anti-Semitism are purely an affiliation on Labour, has recently been pushed by many Conservative politicians and journalists on the right. Anyone with a passing familiarity with the Conservative party and other fellow travellers on the right of the political spectrum will no doubt be aware this simply isn’t the case.

Corbyn’s Labour didn’t commission vans to drive around neighbourhoods bearing the slogan “GO HOME OR FACE ARREST” targeted at undocumented migrants: the then home secretary, now prime minister, Theresa May was responsible for the risible and widely mocked scheme. Even leaving aside the historical bigotry and hostility shown to black and Asian citizens by the party, the last few weeks have seen several incidents revealing the prejudices of the politicians responsible.

Yesterday, it emerged a Tory councillor has been suspended after he shared an article calling Muslims “parasites” who “live off the state and breed like rabbits”. In Havering, a leaflet comprised of dog-whistle racism aimed at Sadiq Khan was so unsubtle and provoked such outrage, even a former Tory minister, Nick Boles MP was forced to condemn the flyer and call for its withdrawal.“This leaflet is disgraceful,” he stated. “The individuals responsible should apologise, and withdraw it, or face disciplinary action. We cannot attack Corbyn for indulging anti-semitism in Labour and allow messages like this to go unchallenged.” Yet several people had drafted and approved the campaign material, in full knowledge of the effect of implying Khan’s mayoralty would lead to the ghettoisation of Essex, a “massive population increase”, the removal of Union Jack flags and a surge in violent crime.

Last week, the Sunday Times ran a peculiar exclusive on the fact Labour staff members were in huge Facebook groups that contained some worrying comments, either deliberately misrepresenting how Facebook works or being utterly clueless. Firstly, other people can add you to groups, and almost no one has the time or inclination to read through the comments on high traffic pages acting as an unpaid moderator on a busy day. The paper could instead have looked at Zac Goldsmith’s constituency committee: after the racially charged election campaign to elect Goldsmith as London Mayor, even Sayeeda Warsi spoke out against the disgusting campaign. Such accusations would put many on their guard, but a Richmond Park executive member posted publicly on Facebook that “Enoch Powell was right” and berated the migrant builders and housekeeper working in her neighbour’s house, gleefully hoping for deportations of migrants with the advent of Brexit.

On the same side of London, the local newspaper the Harrow Times reported the MP Bob Blackman had attended the rally against anti-Semitism, remarking: “It is sad that in 2018 we are having to discuss anti-Semitism, or any other form of racism, in a major political party.” Yet the following sentence admitted “Mr Blackman was also involved in a hate crime issue after he shared an article with the headline “Muslim Somali sex gang say raping white British children ‘part of their culture”. Granted, Blackman has since apologised for any upset caused to the Muslim Council of Britain or the wider community. “I deleted the link as I saw that the headline to the article was phrased inappropriately,” he offered.

Was it an impressive brass neck, or just an utter lack of self awareness? Whatever the answer, Ian Paisley Jr, the DUP MP ended up in almost precisely the same position, proclaiming his support in the fight against racism and waving a placard aloft at the Board of Deputies of British Jews’ rally. For many people familiar with Paisley and the DUP’s history, an outspoken stance against religious intolerance came as a surprise. What was less surprising was the swift apology he was forced to issue mere days later for retweeting Katie Hopkins blaming Muslims and Ramadan for a rise in knife crime in London.

Nobody sensible denies there is a problem with antisemitism in the Labour Party: Momentum’s statement on the way forward is both measured and instructive on the issues at stake. But a number of people have cynically exploited the very real problems that exist in order to attack factions within Labour, or the party as a whole: often the same people with a deeply chequered and murky history when it comes to prejudice themselves. The harm this causes is manifold: the small band of naysayers who have dug their heels in and refuse to admit anti-Semitism exists in the Labour movement and needs to be combatted latch onto these people as examples of questionable, hypocritical motives. The cranks will gesture to the cynically manipulative and argue their insincerity is proof there is no issue, that the row is purely confected and part of a wider conspiracy of political attacks via the media.

But it also ignores the fact that one of the reasons Labour has an anti-Semitism problem is because society has an anti-Semitism problem – as it does with other forms of bigotry and racism too. Labour should have worked to stamp out the issue earlier, and accusations of prejudice have long dogged the party: but politicians should lead by example, and a clean slate is necessary to confront the issue head on.

The Conservatives, the DUP and UKIP all have long term problems with racism too, especially amongst their membership, but also amongst MPs: Boris Johnson has a history of racist comments, but was made foreign secretary, and Anne-Marie Morris recently had the Tory whip restored after using the N-word in Parliament, one of a string of mostly Conservative politicians to do so.

The response should be an honest admission of racism in all its forms: open, structural, and subconscious, and a commitment to end it without resorting to party political mudslinging. More people should be brought into the fight to end racism, but the current political focus on Labour shouldn’t absolve the other parties of self-examination, criticism, and retribution for hypocrisy and bigotry.

Linkedin
RELATED ARTICLES
OTHER ARTICLES
The government is scrapping the Human Rights Act in a move that will hit marginalised people hardest.
Our new magazine is here, starring the inimitable Mitski. Order your copy now and join us on a trip around the world.
In our first OFFF Dispatch piece, the Arce Studio founder shares her tips on standing out from the crowd.
The situation in Afghanistan remains dire, with many groups facing persecution at the hands of the Taliban.
From the Yakuza to a biker gang, Bruce Gilden recounts capturing Tokyo and Osaka in the ‘90s.
New legislation is set to make it more difficult to hold Israel accountable for its human rights abuses.