News & Politics / Opinion / The Channel crossings: your guide to the so-called ‘crisis’ 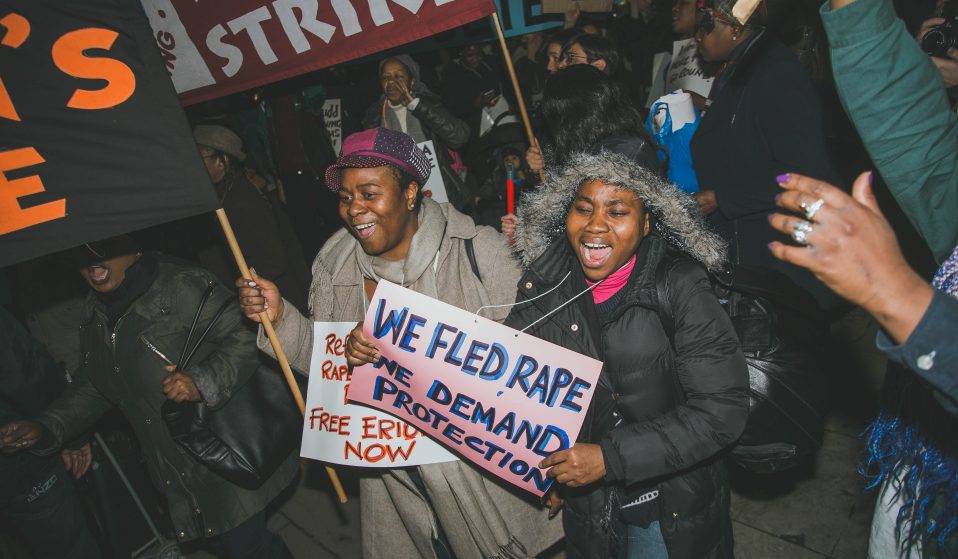 Since Christmas Day, 100 people have crossed the English Channel seeking refuge and asylum in what is being called a ‘major’ national crisis. Writer Ben Smoke talks us through the mess.

Since Christmas Day, 100 people have crossed the English Channel seeking refuge and asylum in what is being called a ‘major’ national crisis. Writer Ben Smoke talks us through the mess.

In case you missed it, Britain is apparently in the midst of a “major incident” in the English Channel. Ministers have flown home, the Navy has been brought in, and general hysteria lies at Olly Murs live-tweeting a terror attack at Selfridges levels. So here’s what’s actually going on.

So what is happening in The Channel?

Approximately 100 people have crossed the channel seeking refuge and asylum since Christmas day – many in dinghies and, in at least one case, a rowing boat.

In response to these “incidents”, Immigration Minister Caroline Nokes called the crossings “deeply concerning” on Boxing Day, before asserting that at least some of them were organised by serious criminal outfits.

Home Secretary Sajid Javid then cut his luxury safari holiday short to return home to deal with what he described as a “major incident.” Yesterday, whilst at the port of Dover, Javid questioned whether all of those making the crossing were “genuine” asylum seekers owing to them not stopping and seeking asylum in France. He went on to further say that: “if you do somehow make it to the UK, we will do everything we can to make sure that you are often not successful, because we need to break that link, and to break that link means we can save more lives.”

There are reports that the Navy has been brought in to The Channel, whilst in Manchester two men have been arrested on suspicion of “arranging the illegal movement of migrants.”

That all seems a bit much. Why such an extreme reaction?

You’re right – arguably 100 people crossing the channel does not a ‘major incident’ make, particularly not one that necessitates the redeployment of Navy vessels. According to Javid, 539 people made the crossing in 2018, though the majority of those crossings came in the latter part of the year.

Given the relatively small numbers of people involved, the cynic in you might think that it seems relatively convenient timing for a person seen as a front-runner for the next leader of a party whose leader looks set to fall any second to rush back, quite dramatically and very publicly, from a family holiday to deliver the exact kind of thinly veiled, xenophobic soundbites that would endear him to the growing radical fringes of his party, who look set to represent a significant portion of the vote in any upcoming leadership contests.

Saying that though, the reality is, for those crossing the channel, this is major. One does not put yourself, your family and all of your worldly possessions in a dingy or a rowing boat and float them across what is essentially a 22-mile wide tanker motorway without being so desperate for safety and security that you would risk everything to get it.

Ok, but how did we get here?

Since 2015 there has been a worsening humanitarian crisis unfolding itself across Europe. In 2015 1,015,076 migrants crossed the Mediterranean to reach the relative safety of Europe. It’s estimated that over 3,770 died trying to do so. In France, the population of ‘The Jungle’ camp just to the north of Calais grew and grew with those desperately seeking asylum and refuge from war zones and instability (a great deal of which we had a hand in creating).

Meanwhile, as commentators like Katie Hopkins called for gunships in the Med and Prime Minister David Cameron referred to those seeking refuge in Europe as a ‘swarm’, then Home Secretary Theresa May was well on her way to implementing the worst excesses of the hostile environment whilst “accidentally” deporting british citizens.

During this time, the civil war in Syria was escalating, whilst other countries in the region became increasingly unstable. Conditions at ‘The Jungle’ have also deteriorated over the years, which – given how poor they were to begin with – is quite the statement. Notoriously inhospitable in winter, recent months have seen police raids in which tear gas and rubber bullets are used against residents in the camp increase hugely; from 11 raids in July of last year to 76 this October.

But isn’t Javid a bit right though? They could have claimed asylum in France.

No. There is no legal imperative or ruling which states you must claim asylum in the first ‘safe’ country you reach. Often, those making the journey have a connection to the UK – they speak the language, they have family or friends here, they have hope here, that’s why they risk everything. What’s more, MP Stella Creasy has accused the asylum system in France of deliberately being “completely deadlocked.”

It is perhaps worth noting The Dublin Regulation – a EU rule which states that a refugee must claim asylum in the first country that they set foot in. If someone was logged in Greece, Britain could start proceedings to ‘return’ them there. Given geography being as it is, it seems unlikely that the first EU country any of those making the crossing arrived in was France, making it something of a moot point. Moreover, in 2015, Germany effectively ended the Dublin Regulation in its current form by declaring they would not ‘return’ Syrian refugees to Italy and Greece. What’s more, once we leave the European Union, and get through the transition period, we will no longer be subject to the regulations.

The notion that denying their asylum claims once they get here in order to deter future channel crossings is illegal, nonsensical and disingenuous all at the same time. Our obligations under domestic and international human rights law far outrank the Home Office’s almost sociopathic compulsion to deport, detain or refuse entry to everyone it possibly can, (even where court orders prohibit it.) More than that though, if Javid etc. were actually concerned with safety, they would provide safe passage for those seeking asylum – perhaps through one of Chris Grayling’s new ferries.

But if we do just let everyone in won’t it sink our economy and put huge stress on our welfare and health systems?

No. This is fear-mongering bollocks wheeled out by the right to whip up hatred and distract from the actual villains of the piece. In a study commissioned by the home secretary Amber Rudd, it was found that migrants do not actually put a strain on our welfare and health systems and put more into our economy than they take out.

That stress on our welfare and health systems that we hear so much about is born of an economy tanked by a deregulated financial sector, and the economic regime of austerity that has opened the door to a regime which represents the single biggest attack on the working classes in generations. 120,000 people have died, services have been decimated and underfunded, and levels of poverty and homelessness are spiralling.

…So how is this going to end?

Probably not well. Bridget Chapman of the Kent Anti Racism Network put it best on Good Morning Britain when she said: “We don’t have a migrant crisis, we have a moral crisis.” That’s the thing here, with all the posturing and willy waving, it’s easy to forget at the centre of this ‘crisis’ are people – desperate people, in search of safety and refuge.

Whilst we continue to allow that desperation to be used as a political football, it’s those most vulnerable at the centre of the furore that will continue to suffer and be forced to risk everything just for a shot at the safety we take for granted every day.

Linkedin
RELATED ARTICLES
OTHER ARTICLES
Curator Antoine de Beaupré discusses his immense record collection and what it tells us about the intersection of music, photography, art, and commerce.
The overlooked story of Leicester’s inaugural Pride march is a reminder of the power of collective resistance in the face of far-right bigotry.
Whether it's partygate, the climate crisis or the spiralling cost of living, the fightback begins on the picket lines writes Tommy Vickerstaff
The author discusses the all-consuming nature of heartbreak, and turning the experience into an incisive exploration of love and loss.
Proposals to introduce a minimum GCSE threshold for student loans will disproportionately affect those from marginalised backgrounds.
Thomas Hoepker‘s images taken during a road trip across America provide a searing social commentary about a divided country.