News & Politics / Opinion / The future of British culture: is it doomed, or can we save it? 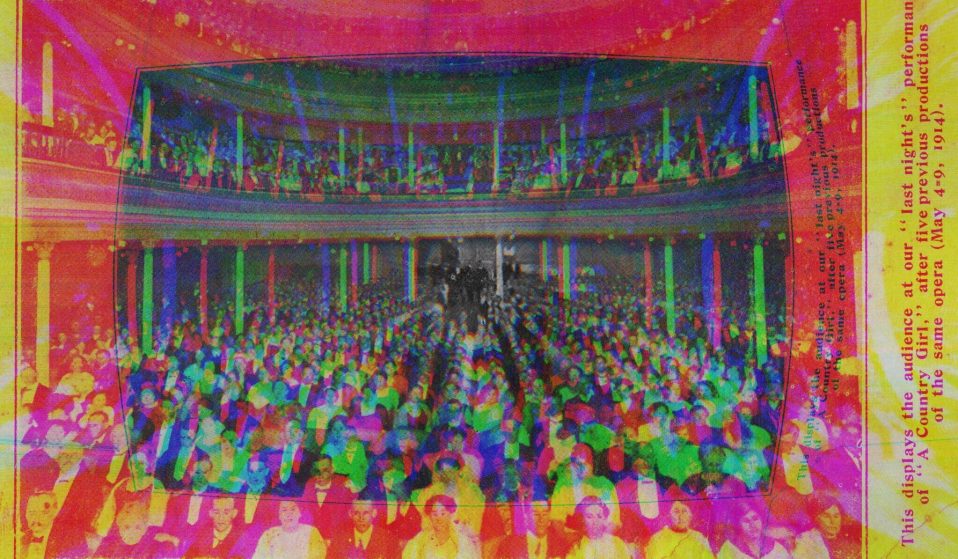 The UK’s cultural landscape has been torn apart by years of commoditization and Tory-inflicted austerity. The coronavirus crisis could be the final blow.

The UK’s cultural landscape has been torn apart by years of commoditization and Tory-inflicted austerity. The coronavirus crisis could be the final blow.

Organisations across the arts and culture sector are struggling to survive on account of the coronavirus. The live-audience aspect has meant total closure of many arts disciplines. But there have also been unforeseen consequences of the outbreak, such as the issue faced by booksellers in knowing how to reopen when the entire retail model hinges on being able to browse, and pick up books.

According to data obtained by the Creative Industries Federation in April this year, 42 per cent of organisations estimated their income had decreased by 100 per cent since the start of the outbreak, while one in seven believed their reserves could not last beyond four weeks. What’s more, many of those working in the arts sector will be operating as limited companies, and therefore ineligible for financial support.

It exposes the dramatic shortcomings in Rishi Sunak’s support for precarious and low-paid workers. The UK government’s spending of £25 billion to support freelance workers and small businesses, is eclipsed for example by the €50 billion allocated in Germany.

Nevertheless, the government is weathering the barrage of criticism with an aggressive PR strategy. Last month, in response to the struggles faced by the arts and creative industries, it announced plans to launch a Cultural Renewal Task Force, forming part of its overall National COVID-19 Recovery Strategy. It also announced the appointment of Neil Mendoza as the new Commissioner for Cultural Recovery, along with colleagues Baroness Lane-Fox of Soho, founder of Lastminute.com; Simon Vincent OBE, EMA President of Hilton Worldwide; and Edward Mellors of the private events firm Mellors Group Events specialising in the lease of fairground rides.

Mendoza is the founder-creator of Forward Publishing, one of the world’s first and most successful branded content agencies, and an industry credited with decimating the financial revenue streams to support authentic journalism. He has sat on the chair of various heritage and leisure organisations such as The Landmark Trust, and The Soho and Almeida Theatres. He has also, since 2016, held various positions within the Department for Digital, Culture, Media and Sport.

Like most chairs, trustees and advisors to these institutions, Mendoza began his career in finance. This has been par for the course since the instalment of a market logic at the heart of Britain’s arts and culture sector during the New Labour years, judged to be an improvement by many on Thatcher’s outright neglect, though a far cry from the collective principles of a leftwing party. This led to the creation of the Millennium Commission, an initiative funded by the National Lottery and responsible for the creation of the Millennium Dome and the Eden Project, among other things. While the New Labour government did spend a considerable amount in the name of ‘culture’, the dual burden of needing to generate revenue, as per the government’s overarching philosophy, led to some of the more ill-conceived ventures of recent memory. Chief amongst which were the ‘Pop Centre’ in Sheffield and a £31 million venture called The Public in West Bromwich, both of which closed their doors after a few short years.

However, these abominations paled in comparison to the sheer destruction that ensued afterwards with the instalment of the Tory-Lib-Dem coalition. Austerity reached its tentacles far into the arts sector, with local authority culture budgets slashed by £48 million in the five years between 2012 and 2018. The Coronavirus has laid bare the resulting fragility within the sector, and the government’s newly created task force looks only set to exacerbate the problem.

It’s plain to see the market thinking and further commoditization of culture from a statement issued on the government’s website.  It speaks of “an ambitious philanthropic focus” to ensure financial recovery, including efforts to bring in help from Arts Council England, National Lottery Heritage Fund and Historic England. Amidst all the talk of philanthropy and third-sector support, there is no mention of the key role played by local governments, which are currently facing the biggest crisis in their history, not just on account of coronavirus, but chronic underfunding by the Tory government.

The arts sector cannot be governed any further than it already is by the whims of philanthropy and charity; subjecting an entire industry, and millions of people’s livelihoods, to the spurious donations of the super-wealthy, who often engage in these efforts purely in the name of positive PR and minimizing their tax liability. The ‘cultural’ advocates leading the task force, have surely been chosen in part on account of their rich friends.

This not only has an impact on institutions’ programming, that must now and with greater frequency, appease its donors, but it also risks trivialising the entire sector, and eliminating hope of there ever being a proper system supported by the state.

What’s more, in seeking to salvage West End theatres or prestigious art galleries and museums attended disproportionately by the middle-class for example, urgent funds for supporting local and grass-roots initiatives risk being compromised. Artists and groups struggling to survive and dependent on Arts Council funding, could be sold out in the effort to subsidise what is essentially tourism. The Arts Council must prevent this from happening, and fiercely defend their funds from the more avaricious corners of the sector whose primary function is commerce.

Both problems speak of a tendency to seize on this current and tragic moment to further entrench the logic of the market within the arts and culture sector. Without outlining the dramatic plans required of saving every council up and down the country, and only making a cursory mention of partially state-funded bodies such as the Arts Council, what appears obvious is that the philanthropic model will reign, perpetuating the fundamental failure to understand that ‘culture’ is really the by-product of a healthy society in which working people have disposable cash and plenty of leisure time, rather than something that can be confected by management types throwing a bit of money in its direction – money that in many cases, is dubiously acquired.

Even if we disband with these ideological concerns for a second, and accept the government’s own rationale – that arts and culture simply require some ingenuity in the finance and management departments – the question still remains as to why Mendoza is the person for that role. After all, it’s now been revealed just how precarious a situation the institutions he has previously helped to govern are really in.

During the lockdown, countless efforts have been made to broadcast plays and offer digitised services. But thanks to the elitism by which so many corporatised cultural spaces operate, and theatres in particular, on account of being governed by a small cohort of wealthy business types and making absolutely no meaningful efforts to modernize or open up, these efforts at mass appeal have fallen flat. Most people during a time of crisis, simply don’t want to watch yet another Benedict Cumberbatch production, or one of the Fox family cavorting around on stage.

All of which is to say that the road to recovery will be long, and certainly not helped in any meaningful way by the government’s new task force. It will be down to us, the people who make it and who care about it beyond what it means for the click rate of Baroness Lane-Fox’s beloved lastminute.com, who revive the cultural landscape of Britain in the months and years to come.

Linkedin
RELATED ARTICLES
OTHER ARTICLES
Theo McInnes’s photos of the annual event provide an intriguing snapshot of contemporary Britain.
A new exhibitions brings together the work of photographers who documented the deep unrest of these pivotal decades.
After blocking the Scottish government’s gender recognition reform bill, Westminster is now devising further changes to the law to make it harder for trans people to self-identify.
At his West Bank restaurant, Fadi Kattan established himself as the voice of modern Palestinian cuisine. Now, he’s bringing his innovative, bold flavours to the UK’s capital.
Following the release of his debut single, Deyaz talks battling addiction, dealing with his struggles through music, and building a budding music career from his living room.
As she gears up for the release of her first book, the 24-year-old climate activist talks standing up to authority and building a more inclusive movement.