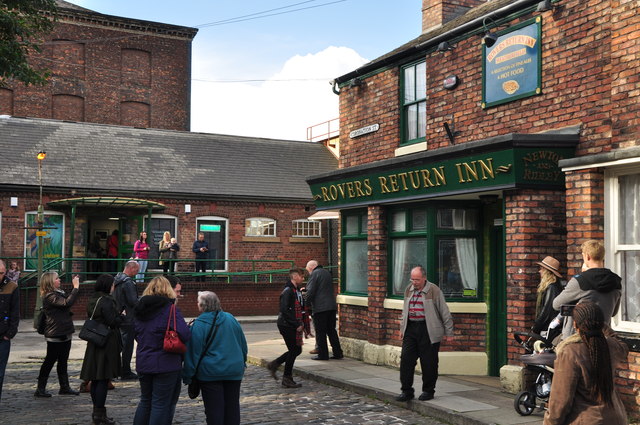 A few days after the election, the opportunists and remonstrators are in full flow. Almost everyone who had an issue with Labour and Corbyn has decided that their precise issue was the sole problem that caused the election to be lost. One of the loudest contingents are those saying the issue is class: so much of the United Kingdom is beset by class issues, no matter what happens, this will likely be right. But inevitably, the discussion on class and its definition is truncated, misapplied, or deliberately narrowed and used to reflect specific bigotries and interests.

In polling, for instance, sorting people into social class remains difficult. To poll people, you need to apply a tight number of definitions. Mostly, this refers to the NRS grade, or the ‘National Readership Survey’: a classification system originally created to classify readers for market research, but now used in a far more common way to signal demographics. The problem with treating the NRS as the catch-all is that it relies on work, and work has changed hugely even since its creation. State pensioners, for example, are lumped in with the lowest group, and the hyper-rich merely treated as “high managerial or professional”.

Class itself is far more qualitative: the NRS tosses you into a bucket based on an assumption about the type of work you do now, but class is not just economic. It’s also social and psychological: the experience of working-class people across the generations varies hugely, and accounts for some of the big differences in voting. The effects of growing up in poverty last for decades, and are likely to impact your daily life as much as your current economic situation. Working in the same place as someone who was privately educated, or came from a stable, staunchly middle-class family, means a poll would likely lump you in with your coworker on a class scale, but your precarity is higher, your mental health likely to be worse, and voting intentions and sympathies likely to differ. The same is true of your own family in many respects: lots of younger middle-class people talk about the annoyance of having Tory parents, but far less attention is paid to working-class young people moving in more traditionally middle-class circles now who have family members who don’t vote, or vote differently to them.

Working-class young people are much more likely to have gone to university than previous generations and are vilified for it by people seeking to create an oversimplified and politically useful definition of class. Many young working-class graduates point out they didn’t vote Labour until after the 2015 general election: for decades, Blairism and Labour took a huge number of votes for granted, and many young working-class people peeled away first. That was never viewed as much of a panic: young people were attacked for not getting involved in politics, then attacked again and cast as ‘Momentum thugs’ when they did. By comparison, when a number of older voters from the same hometowns either stay at home, or narrowly vote Tory, that is depicted as a crisis, worthy of extensive soul-searching and self-flagellation.

The age thing is a class thing. The younger you are in Britain today, the more likely you are to be working class by any useful definition: lower (and falling wages), insecure work, no assets owned. https://t.co/z4m09aj7Zo

Any narrative on class that pretends there is an easy answer should be entirely ignored. Doing so seeks to pretend the working class is entirely white and male, and that the diversity of the working class is either a myth, or exclusively confined to large metropolitan areas. Post-electi∂on, the narrative has sought to pretend not just that working-class people predominantly live in the north of England, rather than everywhere, but that yet again class is nothing more than a series of stereotypes. Young people are dismissed as uniformly middle class and obsessed with avocados and coffee, while older people live in identikit towns in the north of England, and are concerned with Brexit, whippets and racism.

Over the past four decades, the character of many places has shifted utterly, socially and economically. A lot of areas have been run down, with little springing up in terms of long term jobs that offer security and a decent wage. But this has hurt younger people in many respects worse than older people. For many people over 50, who’d consider themselves traditionally working-class, their lifestyle isn’t far removed from that of other middle-class families: you can still buy cars on hire purchase, its more likely you were either able to buy a house, or get a council tenancy, and many people will still have the relatively stable job they’ve had for decades, or been able to advance in their career rather than have to take on zero-hours contracts, or career shift in later life.

But a lot of these areas were also neglected under successive governments, including Tony Blair’s: the Tories didn’t care about them, and New Labour assumed they’d hold, focusing attention on trying to secure the small number of middle-class swing voters who’d be deciding between Labour and the Conservatives each election. That tactic lost votes and is continuing to be felt: growing up in South Wales, the area was heavily Labour, but the implication that you could stick a red rosette on a broomstick and get it elected caused eventual kickback. In 2005, the safest seat in Wales and Michael Foot’s old seat, Blaenau Gwent, was won by an Independent who had quit the party in protest over an imposed candidate. Huge numbers of other seats in Wales that have always been safe Labour now look decidedly less so. Speaking to people long before this election result, the same logic came up time and again: people either didn’t vote because it was safe, or voted for another party in protest.

Treating the working class as homogenous, white, and uniquely motivated by very specific political ideologies is unutterably foolish. Veering towards a more racist view, as many Blue Labour types suggest, is politically stupid, but more important, morally wrong. There are far more typologies of working-class people than middle-class people, and a party that wins an election mustn’t alienate one group at the expense of another. What that means is fighting locally, not by insisting Labour activists create impeccable social services out of nothing, but by realising that winning an election is a long term project. It means making sure the asset poor but educated young working class aren’t ignored as they were in Blair’s day. It means ensuring the party isn’t overtaken by right-wing wreckers seeking to launder their bigotry with the language of socialism. It means encouraging more people on the left to stand as councillors, so they can communicate just how badly local services and funding has been slashed.

Demonising young working-class people when they have spent so long canvassing for a Labour victory is idiocy, as is zoning in on a small imagined class stereotype and demanding the entire party should adopt policies that would exclusively appeal to them. The Brexit culture war made this election impossible, and votes would have been lost on either side whichever position Labour took. But now more time can be spent on firming up the voting base across age groups, refusing to pander to older white people at the expense of everyone else, and communicating Labour policies and ideals long term locally, in spite of a hostile media. That’s tough work because it’s complex, just as class is: anyone offering a quick fix, or easy and strict class definitions should be viewed with extreme suspicion as we get on with the work.

Linkedin
RELATED ARTICLES
OTHER ARTICLES
From snake handlers to mardi-gras revellers, Tom “TBow” Bowden’s photos provide a snapshot of the wonderful and weird people who make up America.
A new podcast is opening up the conversation between trans women and trans amorous men in the hope of building coalitions.
After blocking the Scottish government’s gender recognition reform bill, Westminster is now devising further changes to the law to make it harder for trans people to self-identify.
Mass crustacean die-offs in the North East have led a community of fishermen to take action to save their seas.
The first-generation graffiti artist reflects on the tagging’s emergence as an art form and the players who pushed the medium forward.
The pro skateboarder withdrew from the 2020 Olympic Games so he could come out as trans. Now, he’s hoping to encourage others to live as their authentic selves – within the sport and beyond.