News & Politics / Opinion / The Tories still don’t care about you 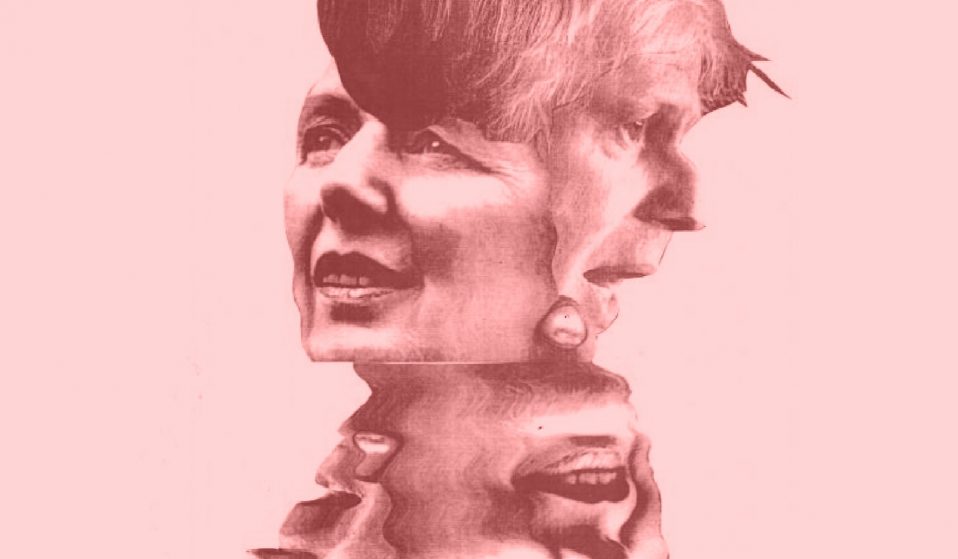 It took a global pandemic, but the Conservatives have finally managed to find their ‘magic money tree’. Unfortunately, it only works for the middle and upper classes, writes Tristan Cross.

It took a global pandemic, but the Conservatives have finally managed to find their ‘magic money tree’. Unfortunately, it only works for the middle and upper classes, writes Tristan Cross.

It’s hard to say whether it would be good to be a government minister or not right now. On the one hand, you’d be in the unenviable position of having to navigate the fate of an entire country through a global pandemic which poses a credible existential threat to numerous industries, political and economic structures, and people. On the other hand, you’d be gainfully employed, which is more than you can say for entire sections of the population whose thoughts are now occupied by what they ought to be getting on with, what there will be for them to get back to when this ends, and whether they’ll even be lucky enough to get that far.

You can forgive the Conservative government somewhat for not having formulated a strategy to deal with the Coronavirus ahead of time. After all, no political party went into the last election making any mention of SARS-CoV-2 in their manifesto. However, it is necessary to acknowledge the ways in which successive UK governments have deliberately enfeebled our capacity for contingency during crises such as COVID-19. A decades-long dogmatic pursuit of neoliberalism has transferred custody of our various social safety nets to market forces, who have a habit of seeing such things as impediments to profit, and gleefully hack them to pieces. The human beings who were lost as a result of this remorseless profiteering hadn’t much seemed to register (or else weren’t considered worth registering) until a few weeks ago, when the abyss threatened to engulf us all, not just the poor. Suddenly, the state finds itself attempting to erect new, temporary safety nets, whilst already in freefall.

It’s tempting for those on the left to be optimistic, to hope that the right lessons have been learned, and that the Tory party are now hastily trying to atone having seen the errors in their ways. But this would be wrong. While it is undeniably true that the measures announced over the last week by the Tory Chancellor Rishi Sunak – in which the state has committed to paying 80 per cent (up to £2,500pcm) of the majority of Britain’s workforce’s wages for three months – are unprecedented in modern times, it is not socialism. What we are witnessing is capitalism taking extreme measures to protect itself during a global pandemic.

If you want to preserve a country’s economy, people are remarkably useful – if not essential. It’s quite hard to contain a population where the majority have to go to work most every day in order to earn enough to meet their material needs. Paying wages is a means to keep people in their homes and industries afloat, for the time being.

But rather than implementing schemes amounting to or resembling temporary Universal Basic Income (which even the United States is doing), Sunak’s approach is less straightforward. Salaried employees are having 80 per cent of their salaries covered by the state, via grants to their employers. This is, in effect, the government subsidising wages rightfully owed by employers to their employees. The primary motive for this was keeping these businesses afloat and bailing them out. The state has taken on further debt to cover the potential losses of companies and investors. Again, this is not socialism: this is capital taking from the public purse to preserve itself. Preventing these employees from falling into starvation and destitution is but a happy consequence.

Working from home and wishing @BorisJohnson and @MattHancock a speedy recovery. #StayHomeSaveLives pic.twitter.com/i3WuABOE4p

The government has since been forced (though claims it was always working towards) further concessions to the self-employed. After keeping them in suspense for a week, they have been offered 80 per cent of their profits as an average over the last three tax returns, provided their annual profits did not exceed £50k (though they will not receive any of this until June).

However, there are others that have been excluded entirely. The government’s wage retention schemes do not cover the recently self-employed, many on zero-hours contracts (an employment method encouraged by the government), those recently laid off prior to this month, the long-term unemployed, or those unable to work due to disability.

Sunak was curt in his explanation as to why the salary measures couldn’t be extended: “there’s really nothing we can do.” Too complicated, and too much risk of “fraud”, apparently. This came days after categorically stating he was “not in favour” of Universal Basic Income. It would obviously be far simpler to temporarily implement monthly UBI rather than a convoluted combination of systems relating to tax returns, as well Sunak knows.

The exclusion is pointed and ideological. All of those unable to work during the next few months have had their labour power reduced to the same thing: nothing. And yet some are being rewarded while others are penalised. If these measures were about ensuring public health, they would be equalised. They would allow the entire country the financial security to survive the next few months of lockdown. But they are about preserving the existing social order as best possible.

Consider the choice to pay 80 per cent of a worker’s salary, as opposed to a flat rate for all. The more you earn, the more state help you’re entitled to, and if you don’t earn anything, you’re not entitled to anything. This is inverse means-testing; a regressive income tax.

For decades, taxpayers have been told that we can’t have universalism. Provision for tuition fees, broadband, school meals for their children – things that could reduce inequality – are either impossible or means-tested out of existence. They are ideas that seem nice in principle, but where’s the money coming from? They are now being told that the money is there to maintain someone on £37.5k a year manager’s salary to perform functionally the same role within the economy (nothing) as their junior staff on minimum wage for the next few months. It’s of vital importance that we retain their pay grades, for some reason. This is trickle-up economics. And this at a time when we’ve ruled out UBI because we’re still worried about benefit fraud during a pandemic. A ‘magic money tree’ has been found, and it’s been sequestered by the middle class, for the middle class. How many have ever received a pro-rata £30k wage from the state before?

The government are opposing implementing Universal Basic Income to rescue the self-employed and gig economy because wealthier Britons may receive it. You can recoup that by increasing their income tax. If government help isn't universal, some who need help will not get it.

A final justification proffered for the wage guarantee salary gap: those on higher incomes are already committed to higher outgoings, according to their salary. Let’s say there are wider implications we need to consider, like the property market. If a load of higher earners start defaulting on their mortgages, you’ve got a problem. The solution? Mortgage holiday. Which the government has already committed to. Have they done anything similar along the lines of rent relief for tenants? Beyond extending the notice of eviction by a month, no!

Once again, even in the midst of a global pandemic, it’s been decided that it’s of greater importance to subsidise the risks of landlords and their relation to the property market, than it is to prevent homelessness. It could do both, but it chooses not to. Today, the government announced measures which seek to house all rough sleepers. Temporarily, of course, while their circumstances pose a threat to the wider populace through contagion, as opposed to when this only poses a threat to themselves, which is apparently tolerable outside of Coronavirus.

After a punitive decade of austerity; of economically illiterate disinformation about parsimony and ‘belt-tightening’; of soaring homelessness, benefit cuts and spiralling inequality, this Conservative government has effectively bought the labour of those the Coronavirus threatened to put out of work. It was always in the state’s gift to do so. Despite this, it has pointedly left the already-unemployed almost untouched. If it concedes that it’s possible to buy all unemployed labour, the genie might be hard to put back in the bottle.

Capitalism needs unemployment to be punitive for wage determination. The worse unemployment appears to be, the worse conditions and wages the employed will accept. When any mealy-mouthed member of the cabinet splutters that there’s “nothing they can do” to alleviate poverty, as though it’s out of their hands, we must reject those terms. There are economic reasons why they might not want (or even be advised) to buy up all the unemployed labour or heavily intervene in the rental market, but it must be made explicit that these are the interests being favoured above the human costs of not doing so.

Indeed, some have likened Sunak’s measures to “payday loans”. Instead of giving debt relief to households and businesses, the former hedge fund investor’s stimulus could generate £28 billion in profit for private banks. A UK government’s levers of power seem to have been conveniently manoeuvred to favour the banking sector over the taxpayer during a global crisis, once again.

For the best part of the last few decades, no UK government cared enough to fundamentally alter the conditions of the lower classes. They were told to escape them themselves. Pull themselves up by their bootstraps. But when the middle classes threatened to fall into those same conditions, collapsing various financial interests with them, the state immediately, opportunistically stepped in to their rescue. And even then – even then! – making a point of stopping short of rescuing everyone. They have shown who they consider expendable.

Those on the left cannot concede that this is anything resembling ‘socialism’, or as close to it as we can dare hope for. This is statism on capitalism’s terms, not the people’s. If your socialism contains a healthy dose of barbarism, it’s probably not socialism.

Linkedin
RELATED ARTICLES
OTHER ARTICLES
Yohon Tatum, aka Legendary Father of the House of Tisci, reflects on nurturing a new generation of talent.
A new podcast is opening up the conversation between trans women and trans amorous men in the hope of building coalitions.
After blocking the Scottish government’s gender recognition reform bill, Westminster is now devising further changes to the law to make it harder for trans people to self-identify.
Photographer Sean Maung reflects on documenting a small town in Pennsylvania afflicted by high levels of unemployment, poverty, violence, crime, and addiction.
Taking us through one of the most dynamic years in recent history, Laylah Amatullah Barrayn new photo book contains tender yet confrontational portraits.
Activists and campaigners are fighting back against new laws that would seriously undermine the ability to take industrial action, calling it an attack on fundamental workers' rights.