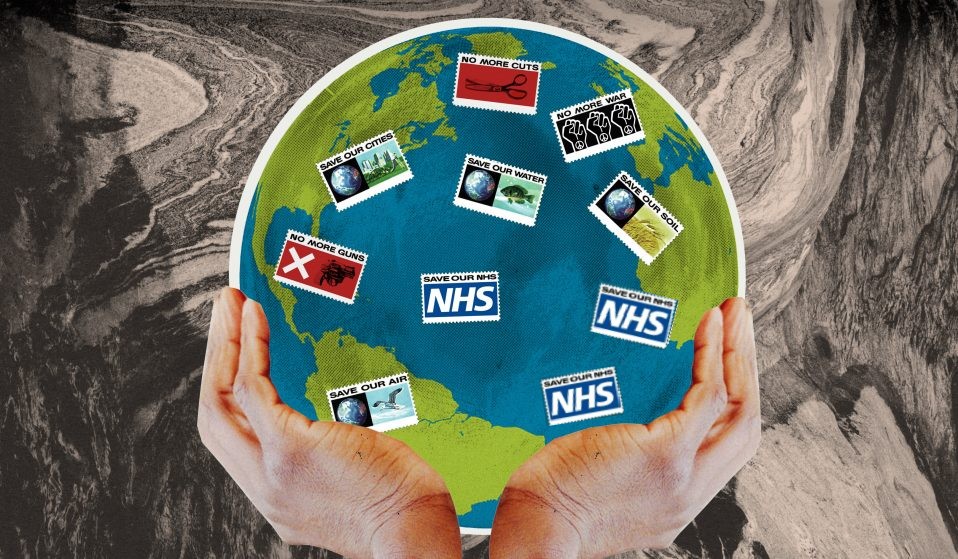 The UK media’s handling of the coronavirus crisis has been a shambles, argues writer and academic Des Freedman. We need to demand more.

The UK media’s handling of the coronavirus crisis has been a shambles, argues writer and academic Des Freedman. We need to demand more.

If you want to award a prize for the worst headline of the COVID-19 crisis, there is an embarrassment of riches. Could it be the Telegraph opinion piece, which claimed that the pandemic was restoring “Britain’s faith in our political leaders”? Or perhaps the Sun’s front page: “BORIS IS OUT (Now that really is a Good Friday!)”, published on the day that nearly 800 people died in hospitals with the coronavirus?

These stories expose the British media’s underlying obsession with power, and its reluctance to veer beyond a narrow range of views. This means that politics is typically centred around the Westminster bubble, with government spokespeople now ‘reliable’ sources who have an intrinsically legitimate claim on the public’s attention. So when the chancellor, Rishi Sunak, insisted in his budget speech that we would “get through this [crisis] together”, he was greeted by the right-wing press as a saviour: ‘Dr Feelgood To The Rescue’ (Mail); ‘Nerves of Steel…Rishi’s £30bn war on Virus’ (Express); ‘Sunak’s Road to Riches’ (Times).

The crisis has also revealed that predictions of the BBC’s decline – under pressure from commercial giants like Netflix, and changing patterns of media consumption – are somewhat premature. More than 15 million people viewed Boris Johnson’s announcement of the lockdown on March 23 on BBC1, while 14 million turned to BBC1 to watch the Queen’s broadcast to the nation on April 5. Ofcom figures show that 82 per cent of the online UK population have turned to the BBC for news and information about COVID-19, with 36 per cent of them identifying BBC TV as their main source of information. The BBC, therefore, plays a hugely important role in how this crisis is narrated, and in what ways government inaction can be identified and challenged.

Yet, according to the former Today presenter John Humphreys writing in his Daily Mail column, “BBC bosses are warning interviewers not to put ministers under pressure” and that ministers are not being sufficiently pressed to give direct answers. The BBC of course denies this, but nevertheless offers a worrying response: “It is the job of our journalists to challenge and question ministers on behalf of the public, while bearing in mind that we are in the middle of a public health emergency”. But surely, it is precisely because we’re in the middle of a public health emergency that lies, evasion and spin need to be called out and named for what they are: an unacceptable risk to the public’s health.

We have seen regular evidence of this timidity in the daily Downing Street briefings, in which a litany of government personnel – flanked by scientists to make them look more authoritative – talk up their achievements and attempt to paint the latest mortality figures in a positive light. Johnson or Hancock or Raab then sidestep the very occasional tricky question from lobby journalists (usually led by the BBC’s Laura Kuenssberg and ITV’s Robert Peston) who appear more desperate to be first to a story than to forensically examine the government’s record and hold it to account. This inability to put the government on the spot has infuriated even the most seasoned and cynical spin doctor, Tony Blair’s former communications director Alastair Campbell, who has argued that “journalists need to sharpen up”: “Your role is to elicit information and challenge government on behalf of the public. It is not to get yourself into your own packages, let alone promote your own campaigns.”

All of this means that whole sections of the media have been largely supine in presenting an effective and systematic challenge to the government’s response to coronavirus. In particular, it has failed to scrutinise its claims about testing, tracing and counting, about the availability of PPE, and about whether “it was only following the science” in first pursuing a strategy of “herd immunity”.

These are, however, far from normal times and there are important exceptions to the behaviour described above. While the Mirror has been consistently strong on the government’s failure to provide sufficient levels of PPE, even the Mail has recently highlighted the scale of the crisis in care homes. Every so often, there is also collective condemnation of government inaction over, for example, mass testing.

We are so used to anodyne debate on the BBC’s Newsnight that it felt genuinely refreshing to hear presenter Emily Maitlis open the programme on April 9 with a genuine challenge. “They tell us the coronavirus is the great leveller,” she said, firmly. “It’s not. It’s much much harder if you’re poor. How do we stop it making social inequality even greater?”

Watching Piers Morgan tear into health secretary Matt Hancock over the government’s response to the pandemic was another unexpected treat; as was the Financial Times’ leader calling for radical policy reforms, redistribution and a far more positive approach to public services given the historic underfunding of health and social care. In Bloomberg News, there was a story claiming that the pandemic would lead “to social revolutions”; while Forbes with the headline: “Coronavirus And The Underserved: We Are Not All In This Together”.

That any of these stories could be broadcast or published in the mainstream media is a testament not to a sudden outbreak of radical politics amongst the media elite, but to the depth of the social and economic crisis facing capitalism today. The scale of the crisis – together with the huge surge of public support for the NHS and the caring professions more generally – suggests that elite domination of our news landscape is more fractured than usual. Hegemony is a more difficult job to pull off when the system itself is failing.

Audiences appear to be recognising this and are far from happy with the overall performance of the media. A poll for Edelman carried out towards the beginning of March this year found that journalists were amongst the least credible sources of information about coronavirus, with 43 per cent of the UK public trusting them (as opposed to 83 per cent for scientists). A poll by Kekst CNC in April found that there has been a significant decline in public confidence in the UK media in the last two weeks, supporting the findings of a more self-selecting poll of Press Gazette readers that revealed that just under half of its respondents claimed that their trust in journalism has decreased during the pandemic. This is a problem borne not of indifference to the mainstream media but precisely the opposite: the increased appetite for accurate information and robust criticism that can make sense of the COVID-19 pandemic.

We need a fiercely independent and critical media system; one that steers away from the risk-averse stenography of the BBC and the clickbait of the major online news media. Indeed, the latter are facing a huge crisis of their own, as coronavirus has simultaneously increased their audiences but eviscerated the advertising model on which they depend. This has led to widespread closures of print titles and the furloughing of journalists, further undermining their ability to perform the basic journalistic task of holding power to account.

We don’t know how life will change after coronavirus but, just as the pandemic has demonstrated the need for a radical new approach to funding the NHS and social care, we can’t afford for our news media simply to return to ‘normal service’.

Linkedin
RELATED ARTICLES
OTHER ARTICLES
Meg Handler’s photos capture diverse groups of New Yorkers coming together for the collective cause of civil rights.
Layna, Maysa and Amaya are three siblings looking to disrupt narratives around the sport. In doing so, they’re hoping to inspire a new generation of skateboarders.
The photographer describes taking inspiration from Magnum photographers to craft an intimate and revealing portrait of the city.
Photographer Jeffrey Silverthorne always treated his subjects – often those living on the margins of society – with empathy and respect.
Photographer Nico Froehlich’s series documents South London’s diverse communities, while also reflecting on their fragility amid rapid gentrification.
Through stills, anecdotes and film criticism, a new book examines the portrayal of women’s destructive emotions, reframing it as a challenge to patriarchal structures.