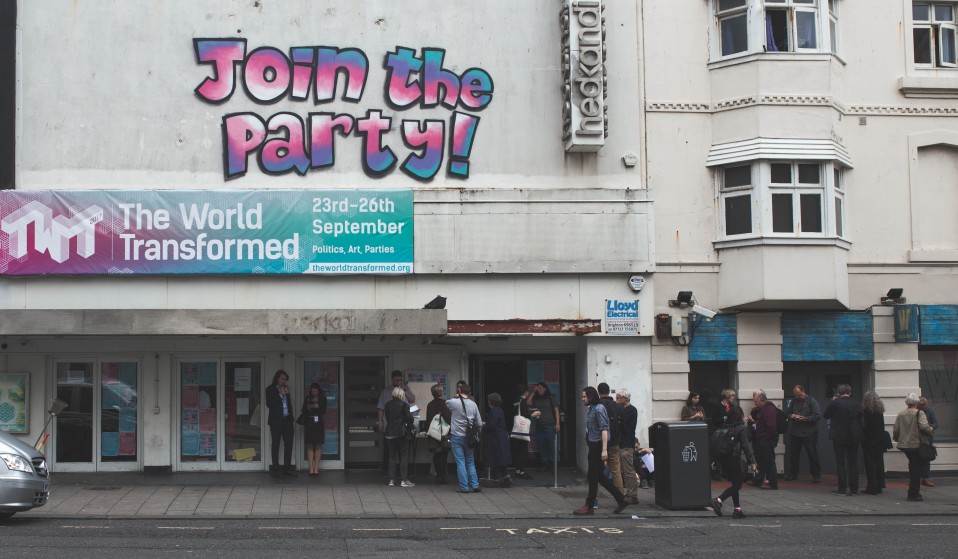 The four day festival of politics, art, music and culture held in Brighton to coincide with Labour Conference is radically redefining how we do party politics.

The four day festival of politics, art, music and culture held in Brighton to coincide with Labour Conference is radically redefining how we do party politics. And it's about time too.

Getting involved in politics is difficult, with the barriers to entry sitting higher than most politicos realise. Many people are barely even taught the difference between Labour and Conservative in school. Prior to the Corbyn surge, political parties were a presence in community life in precious few parts of Britain. And many of us have grown up being told that being too “ideological” is a bad thing, that politics is something that happens in SW1, better left to the professionals.

The last few days in Brighton have been a bold attempt to change all that. Party conferences tend to roll into town like travelling circuses, if travelling circuses were surrounded by armed cops, Harris fencing and obscure jargon. They make little impact outside of the circles who don’t skip past BBC Parliament when playing with the remote.

Not this time. Jeremy Corbyn arrived on the fields of Brighton to address an open-air crowd of thousands, setting the stage for the most vibrant conference fringe ever. The World Transformed, which grew out of Labour left campaign group Momentum, has taken its revolutionary campaign tactics and extended them into building a political event that people might actually want to go to. Who’d have thought it was possible! 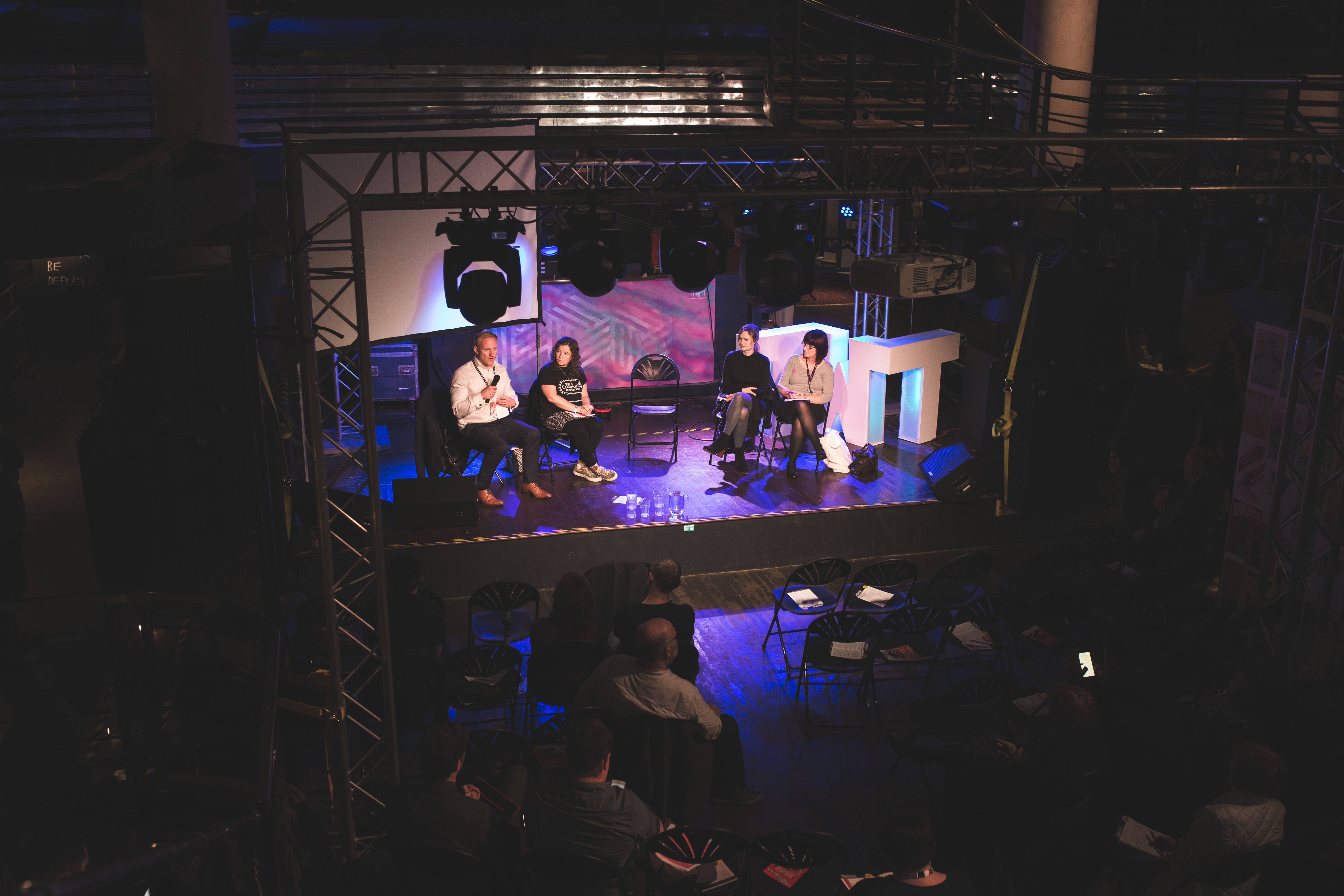 Just compare it to “Tory Glastonbury”, held a day before in a wilted field where bemused reporters almost outnumbered the (virtually all middle-aged white male) clientele.

The World Transformed saw people able to debate ideas openly with a plethora of writers, thinkers and activists – Naomi Klein, George Monbiot, Greek ministers and Bernie Sanders’ staffers to name a few. It moved away from table-top lectures toward participatory discussions. This was not just a Corbyn echo chamber. MPs from all wings of Labour addressed fringe events that many dismissed last year as a rival conference, and the difficult questions were not ducked. Attendees commented on how the sessions were accessible for newcomers while not dumbed-down – complex ideas were communicated directly.

As well as political experiences in a welcoming setting, TWT combined art and entertainment with debate and discussion (and that’s not just a reference to people chanting “oh, Jeremy Corbyn” as he emerged to swirling dry ice and nightclub lighting.) Comedian Ava Vidal, half of Rizzle Kicks, protest art duo Kennard Phillips, Soweto Kinch and performers from grime MCs to a Labour MP playing a gameshow contestant helped make up the lighter side of the event.

The entertainment wasn’t just bait to get people to listen to John McDonnell talking about capital controls; it was a fundamental part of the political project. If we can’t make our politics extend into different spheres of life outside canvassing runs, and if we can’t build a mass left political culture, then not only does a mass movement electoral strategy run into very obvious problems, but it also calls into question who our politics serves. 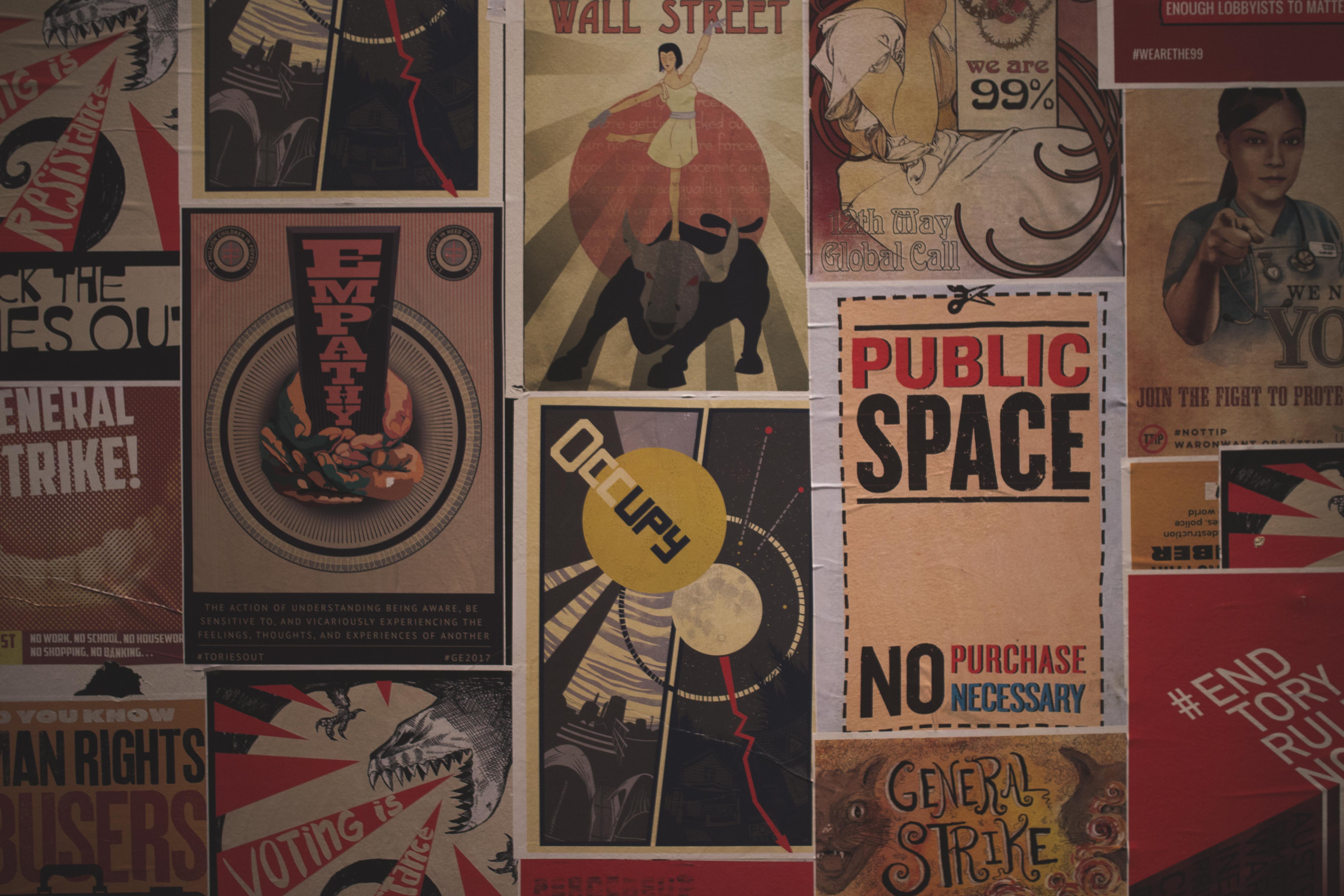 While it’s true that Corbyn’s leadership, a manifesto that boldly addressed the crisis in the distribution of power and wealth, and Momentum’s digital and mobilising infrastructure helped carry the shock poll turnaround in May’s election, spontaneous activity played its part too. The election spawned a horde of memes, references, and assorted cultural outputs that played a mobilising role – and events like TWT will help ensure that this continues to happen.

The World Transformed gave conference delegates something to do with their evening beyond airing factional grievances in a Wetherspoons, local people a chance to engage with politics perhaps for the first time, and those watching conference coverage a more exciting programme than the usual fare.

But more than that, it complemented Labour conference – the sovereign democratic policymaking body of Europe’s largest left-of-centre movement – with an explosion of ideas and free-flowing discussion that is contributing to the renewal and resurgence of socialist politics in Britain.

Jeremy Corbyn closed the main conference with an extended, roof-raising speech that provided the most expansive description of Labour’s new project that has yet been given. Rooted in both broad long-term political solutions and responses to current, immediate crises, the speech captured a mood. But a good speech is just a good speech – much of what made it powerful was that it concluded a party conference that redefined party conferences.

The World Transformed has and will be in no uncertain terms an important part of achieving that.

Nathan Akehurst is a freelance writer.

Linkedin
RELATED ARTICLES
OTHER ARTICLES
Activists and campaigners are fighting back against new laws that would seriously undermine the ability to take industrial action, calling it an attack on fundamental workers' rights.
Zsófia Sivák’s ongoing project documents the country’s tavern culture, preserving a once defining part of rural life.
Campaigners reflect on what the supreme court’s decision to allow buffer zones in NI means for the future of reproductive rights in the UK.
After blocking the Scottish government’s gender recognition reform bill, Westminster is now devising further changes to the law to make it harder for trans people to self-identify.
Jeffrey Henson Scales intimate portraits and protest images of the BPP and its leaders offer a rare insight into organisation at a time of societal upheaval.
After building his reputation covering the US civil rights movement in the 1960s, the photographer went on to produce some of the most enduring images of the past century.