News & Politics / Opinion / Does Theresa May have a secret plan to keep Britain in the European Union? 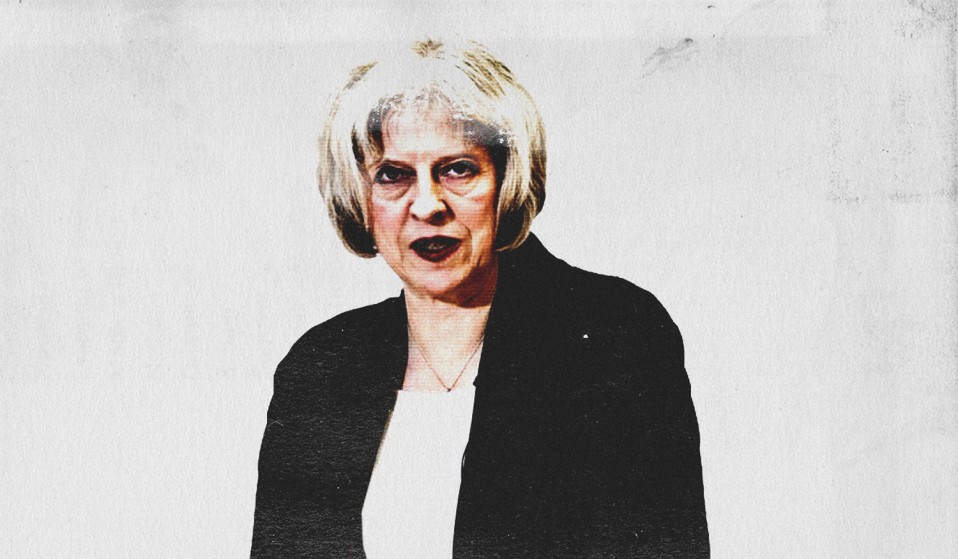 This isn't true. But this election is full of fake stories, and the Conservative Party and our right-wing press are responsible.

There's quite literally no evidence to suggest this is true. It's fake news. But this election is increasingly dominated by false stories and non-facts. Both the Conservative Party and our right-wing press are responsible.

“Theresa May has a secret plan to remain in the European Union.”

Just imagine today waking up to this story as a front page splash.

The piece would assert that PM May secretly desired to break manifesto pledges and keep Britain in Europe, quotes from John McDonnell would lambast her democratically deviant ploy as costing the country billions. There would be outrage.

Of course, you wouldn’t find such a story on the pages of a national paper. Why? Because it would be entirely untrue and incorrect. But yesterday the Mail ran a piece that was just as preposterous, based on a web of quotes taken out of context and from before this general election, with some number-crunching with no basis in fact.

It’s an approach the right on both sides of the Atlantic are increasingly reliant upon to garner support.

“Labour’s secret plans for £4,000 ‘garden tax’: Land and levy plot could treble the average council bill,” reads a headline on the Mail’s site, which has already had over seventeen-thousand shares. According to the paper’s Deputy Political Editor, Labour are plotting to treble council tax bills for families, proposals “laid bare” in the party manifesto.

Exposing secret plots is a cornerstone of good journalism, hasn’t the Mail secured a scoop? There’s one slight issue with this story though, it’s completely fabricated drivel.

“This is desperate nonsense from the Tories. Labour has no such plans,” reads a quote from a Labour spokesperson in the final paragraph. Or, as one Labour source texted me, “it’s complete and utter bullshit.”

A quick read of the piece confirms this analysis, a small group in Labour – The Labour Land Campaign – had once suggested this tax. The inference that this is Labour policy is absurd. It’s no truer than saying May wanting to reinstate S28, scrap the minimum wage, or keep Britain in Europe (all positions she’s held in the past).

Don’t get me wrong, I’m no naive proponent of eliminating all media bias. I’ve worked in a newsroom, and know from experience that despite desired objectivity from an editor’s commissioning decisions to who you ask for a quote and where it’s placed, there’ll always be a touch of the subjective.

But these are lies, pure and simple, and they’re no longer even the sole reserve of the press.

While it’s irresponsible for the paper to publish a story that’s so clearly nonsense, more alarming is the way the Tories are following suit.

The Linton Crosby Tory campaign machine, not content with rhetoric and spin, has too been gleefully peddling falsehoods.

“Jeremy Corbyn’s plan to pay for elderly care: increasing the basic rate of income tax to 25p for millions of working people,” tweeted CCHQ just a week ago, despite the fact there’s no evidence, it contradicts the manifesto, the figure pulled by the Conservatives from thin air.

Jeremy Corbyn's plan to pay for elderly care: increasing the basic rate of income tax to 25p for millions of working people #GE2017

Another tweet asserts that under Labour an increase in income tax will hit those earning £20-£30k, although there’s literally no evidence provided to back their claim up. The manifesto rules out rises for those earning under £80k.

McDonnell says tax hikes on 80k earners today. Will be 20k and 30k before you know it. Corbyn wants to raise basic rate of income tax to 25p

And let’s not kid ourselves into thinking this Garden Tax lie didn’t originate on a Tory battle bus. It’s the Tories who “costed” the made-up proposals in the first place, Boris Johnson’s name attributed to the damning quotes attached.

It’s no surprise really that a bloke who falsely told us that after Brexit we’d get an extra £350 million for the NHS a week, and lied again to say such a pledge was in the Tory manifesto, will quite literally say anything to get himself ahead.

The right are running out of ideas for this country, by wilfully misleading the electorate the Tories look increasingly desperate. There’s is a scare campaign built on lies, while the most recent polling data shows the now Labour are finally talking policy (not just infighting) the electorate are listening. Labour are pushing positive campaigns in this election, and with no ideas of their own the Conservatives are making up Labour ones in the hope some shit will stick.

We can laugh about dead-cats being thrown on tables, we can tut and say ‘well, the Mail is just doing what it does”, but this constant fabrication of stats, facts and figures is damaging our democracy. Suggesting a “secret plot”, when there’s quite literally no evidence is irresponsible. This isn’t a mistake, not a fake site looking for traffic, it’s a political party and a national newspaper taking the piss.

In this election there are two clear options, two bold and radical proposals for how this country could be run. It’s time both parties, and the structures that support them accepted this, and let the country make a fair choice. We deserve better than political parties that publish “fake news” on purpose, else our political system will increasingly become more than a little Trump-esque.

So no, May doesn’t have a plan to keep us in the European Union, and it’s time the press and Tory spin machine showed us all a little more respect.

Linkedin
RELATED ARTICLES
OTHER ARTICLES
Thousands attended the annual event this year to wheelie through the city and call for ‘knives down, bikes up’.
Dominique Misrahi discusses her unlikely start as a photographer capturing intimate scenes of the city's youth and subcultures.
With skyrocketing rents, packed out viewings, bidding wars and more, renting in London has never been harder.
The idea that a younger generation is abandoning work has become a popular narrative online, but it doesn’t necessarily reflect reality.
Thousands of protestors gathered in Westminster to express their sadness and fury at the fatal police shooting of a young Black man in Brixton.
The two-day long event returned to London this year, showcasing a spectacular parade, steel bands and Caribbean food.