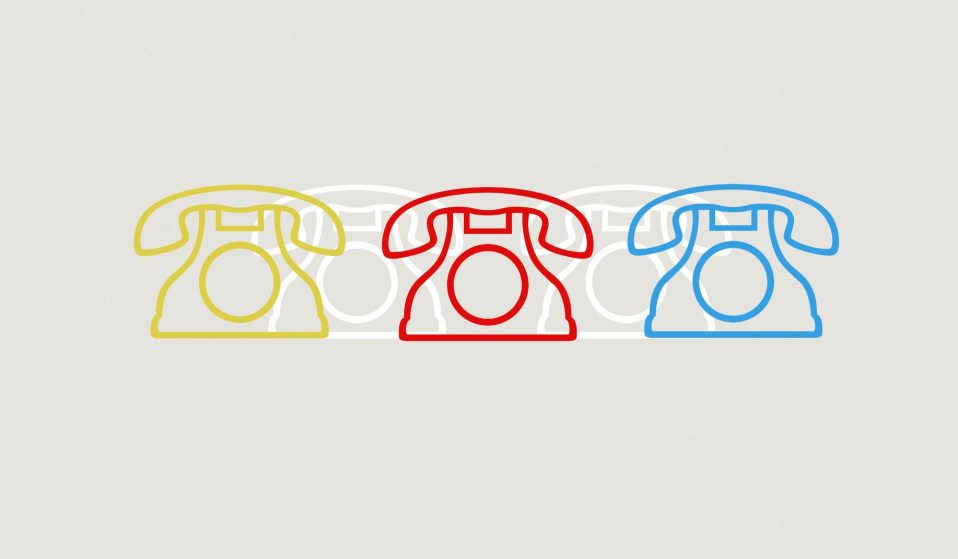 Because if there’s one thing your nan loves more than the Daily Mail, it’s you.

Hate is fuelled by generational (and geographical) rifts, writes Nathalie Olah. That’s why, in the leadup to December 12, we need to do whatever we can to reforge these bonds.

Growing up we didn’t talk much about politics. In the South Birmingham pub my nan ran – where me, my parents, my aunties and cousins would gather on Saturday afternoons to eat scampi and defrosted gateau – talk of politics was strictly forbidden. That, sex and religion: the holy trinity of no-go areas, key to avoiding fights.

Yet nearly all of the conversations we had invariably boiled down to politics of one sort or another. Sick relatives in hospital, so-and-so starting a new school, the tyranny of rent payments. All of it, in some way, was political, and whenever the conversation risked spilling over to the point of addressing that fact there was only one line of recourse. ‘One day, when I win the lottery!’ someone would shout, and we’d all laugh, while making a mental note to get to the newsagents before the 7 o’clock draw.

Despite the fact that we never spoke about it directly, there was always a tacit understanding that we would vote Labour. Half my family worked at Rover, while the other half worked in either the care or retail sector. The Conservatives belonged to a different world altogether, one of three-piece suites and cruises around the Bahamas. We hated Thatcher, who belonged to the bosses and the busybody parents who looked down their noses at us.

But as I’ve grown older, I’ve stopped thinking about politics in such a tribal way, and I’ve diverged dramatically from the rest of my family. While the tradition was always to vote Labour, I’ve wavered in my support for the party over the years – abandoning it altogether during the early 2010s – only rejoining when the party, under the leadership of Jeremy Corbyn, promised to deliver legitimate left-wing policy.

I wrote about this generational shift in my recent book, Steal as Much as You Can, and the knock-on effects of millions of young people reading post-structural theory at university, in addition to finding themselves at the sharp end of the financial crash. Many of my family remained loyal to the Tony Blair model of mild social reform within the scope of what’s permitted by neoliberal economics. Meanwhile some, I fear, have gone the other way: persuaded by a vile tabloid culture aimed at protecting its billionaire owners.

When I reflect on these developments, I find myself feeling smugly grateful of the university education I had, and the 10 years living in a more metropolitan city. But that reflex, I also have to admit, is part of the problem. My years at university were invaluable to me, and in my younger years I took them as definitive and superior to the experiences of those who stayed closer to home. It takes a lot for me to admit this, but that arrogance created a rift between me and my family, and however much I’ve tried to reverse it, I sometimes worry I never will.

Sometimes I wonder if this urge is created by a regained humility, or just the self-consciousness of realising that I shouldn’t let my self-righteousness show so much. Because I wouldn’t change my lifestyle for the world, or go back to living with the everyday sexism, misogyny and casual racism that surrounded me growing up. But I do sometimes lament this geographical split from my family, and wonder how different my life would be if my nan and grandad still lived down the road.

This is a widespread feeling. Most people I know ended up relocating to other cities and living in a perpetual state of conflict, swaying between missing home and feeling as though they couldn’t actually survive its cultural climate. Those who stayed also felt the rift, as a younger generation that was woke, broke and not afraid to shout about it, seemed to reject the ideology of its upbringing. In my own experience, the infrequent visits back home were often characterised by a quiet culture war: between vegetarianism and meat-eating, socialism and capitalism, TV and books. I wince at the thought of how pretentious and absurd I must have seemed returning back home from university with a copy of Kant under my arm, insisting we drink ‘real’ coffee.

These rifts have created a sore that now lives at the heart of modern Britain, in which the usual intergenerational conflicts that have always existed between child and parent are made worse for the fact that we also see each other much less often, and have little day-to-day input in each other’s lives. It is neither side’s fault, but the product of a society given over entirely to market forces, where careers have sadly taken precedence over preserving communities large and small. Many of us were wrenched from our families and the communities that shaped us at the age of 18, to pursue a wholly individualised road of enlightenment that rarely fed back into the places in which we’d been raised. Little surprise, then, that we’d be accused as a generation of being self-righteous narcissists.

I’m as guilty as anyone, and in thinking long and hard about what I can do to help in the forthcoming election, repairing that rift seems to be the most effective course of action. This is why I believe that it is vitally important to call your parents between now and December 12. Maybe even go to visit them and speak to them in person. Not just because you want to persuade them of your voting intention, but because it’s important to show that you care.

The political causes and ramifications of these tiny culture wars forged between families are important. The decline of local communities – which the Right has been broadly successful in scapegoating and blaming on immigrants – begins with the deterioration of the family. The decimation of industry under Thatcher left many communities bereft of valuable or lasting work, and caused many of us who might have otherwise remained local to our families, to flee.

I strongly believe that it was a sense of mourning for this loss that in part propelled the anger behind so many electoral outcomes. Tabloids and the Tories manipulate that pain to promote hatred towards the most vulnerable in society. In addition to debunking this hateful rhetoric, it’s important to address the discontent and sadness through a bit of kindness, and effort. That’s why it’s never been more important to pick up the phone or book your train ticket home. Listen, don’t lecture. Explain that a more equal society is one in which all of us can finally start to reforge these bonds.

Linkedin
RELATED ARTICLES
OTHER ARTICLES
In his 2008 series, the photographer pictured himself as Angela Davis, Martin Luther King Jr., Malcolm X, and other prominent figures.
Ahead of the release of their first collaborative album, the producer and rapper talk psychedelics and the state of UK hip hop.
Cindy Campbell recounts how her brother ushered in a new era of musical culture at a party she held in the Bronx in ‘70s.
A 37-year-old woman shares how her abortion led her to become a clinic worker, and the abuse she’s received in that role.
As the Scottish government announces a rent freeze, an activist with Living Rent who fought and won shares how they did it, and what must come next.
Thousands attended the annual event this year to wheelie through the city and call for ‘knives down, bikes up’.