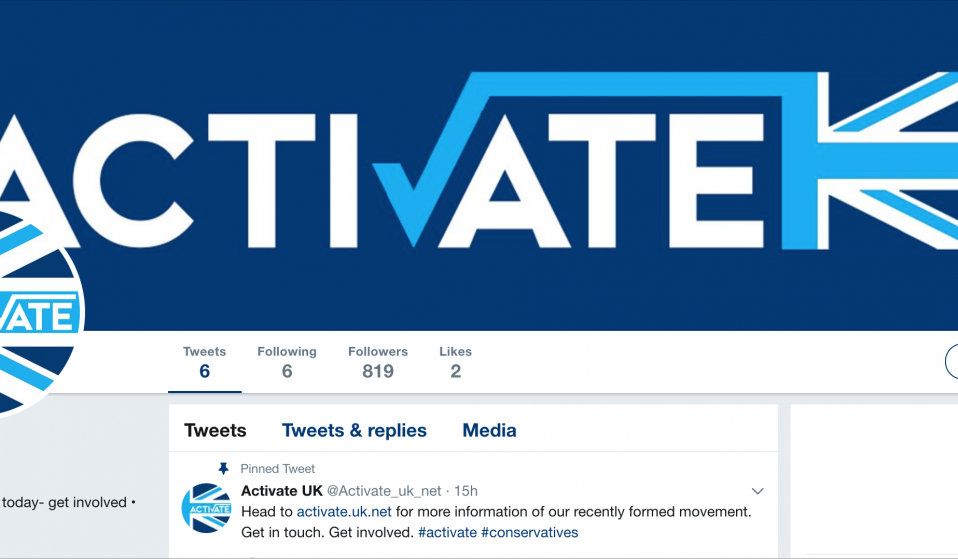 Until last night I really did think silly season was over. That summery time of year when – despite the fact we’ve seen neo-Nazis murder in cold blood on US soil and seeming near misses with nuclear war – for the most part British political news at least has been pretty light. Journalists are on holiday, politicians are on holiday, and funnily enough the world carries on just the same.

It’s now when Big Ben’s bongs make the front pages, when endless discussions of tears being shed over a clock play out as rolling live news coverage on TV. As September edges closer, the spectre of a return to school, to work and to reality grows harder to avoid. The corridors of Westminster once again start creaking, there’s no time for joking as the serious of business of Theresa May’s attempts at governance begin once more.

But then last night I got a text from a friend: “The Conservatives have launched a Tory Momentum and it’s already a shitshow.” It turns out this really isn’t a practical joke.

Founded in the wake of Jeremy Corbyn’s successful 2015 campaign to become Labour leader, Momentum is a force to be reckoned with in British politics today. With over 20,000 members in some 150 local groups, it’s a grassroots organisation dedicated to seeing progressive politics actualized in the UK – whether through finding innovative ways to communicate with the public or by volunteers getting boots on the ground in communities to put ideology into action.

Desperate to claw back support after a disastrous election campaign, Tory activists are desperate to replicate Momentum’s successes. Launching on social media in the past few days, Activate – the fledgling Conservative party hopes – can fix up their fortunes.

According to their website, “Activate is an independent national grassroots campaign organisation that seeks to actively engage young people in the right of centre politics, make a case for what conservatism can offer and provide a platform to enable their voices to be heard.” Unlike Momentum, they’re specifically going for the youth vote. While if you ask me young people hate the Tories because they’ve fucked up the country and our futures, clearly some at CCHQ think that with better social media skills it’ll be possible to drain the social consciences from a generation.

“Welcome to Activate UK”, read their first Tweet posted yesterday evening, with #activateuk #meme #retweet #rt thrown in for good measure. It’s not just the embarrassing hashtags that suggest whoever is behind the social media operation here is doomed to fail from the offset, anyone with a grip on social media could tell you the their handle (@Activate_uk_net) with its double underscoring is truly an awful choice. Their 819 followers are in for a treat.

Hardly surprising, given a county councillor from Sussex with a decade employed as a campaign manager for the party – Gary Markell – is the new National Chairman. Granted the rest of the lineup in the national committee are a little younger and more grassroots sounding in their bios, but it’s worth noting that everyone on the committee is a man.

A critique of Activate’s bullshit attempts to start #trending aside though, the success of Momentum just can’t and won’t be replicated by the Conservatives. Momentum is a powerful force because it grew out of a movement that already existed, channeling energy and efforts in the direction of progressive causes that have long been woven into the fabric of British public life.

There was and is an appetite for a politics that believes we can do better, that we can create something fairer, an army of people – young and old – passionate about Labour’s politics and their desire to change their communities for good.

The Conservative Party isn’t crumbling because their meme game is so dire, nor because they’ve not plowed resources into Facebook and Twitter ads in attempts to claw back their ever shrinking under 40s vote (they spent over £1million during the last general election to negative anti-Corbyn attack ads alone).

The Conservative Party is dying because its ideology and its outlook no longer reflect the views of the British people. There’s a vacuum of talent and of ideas that no amount of new_twitter_handles or dodgy logos are going to fix.

Linkedin
RELATED ARTICLES
OTHER ARTICLES
Cindy Campbell recounts how her brother ushered in a new era of musical culture at a party she held in the Bronx in ‘70s.
Birdy Chu reflects on documenting the historic moment in which the territory was formally passed back from the UK to China.
As the Scottish government announces a rent freeze, an activist with Living Rent who fought and won shares how they did it, and what must come next.
The two-day long event returned to London this year, showcasing a spectacular parade, steel bands and Caribbean food.
For over a decade, gamblers have won big by employing people to place live bets from the court. But does this dubious method still work?
Rogue landlords are exploiting young and inexperienced renters and leaving them in mental and financial turmoil, reports Niall Hignett.