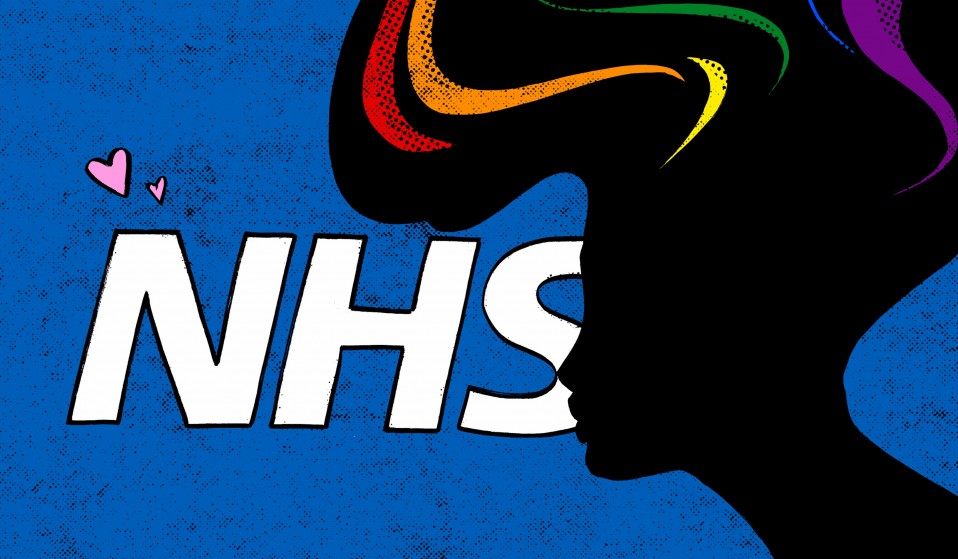 After spending the last few years living in Ohio under Donald Trump, Laurie Richards moved to Dorset. Here, she explains why the UK health system helped her finally feel accepted.

After spending the last few years living in Ohio under Donald Trump, Laurie Richards moved to Dorset. Here, she explains why the UK health system helped her finally feel accepted.

I am writing to express my warmest, most profound gratitude for a small but incredibly meaningful gesture of validation that it appears one of you quietly arranged for me. I arrived home after spending a couple of months away to find a letter about cervical screening from the NHS, which was addressed to ‘Ms Laurie Richards.’ I would like to explain to you why this was such a special moment for me, just how much good you have done.

I don’t know if Yetminster Health Centre has ever treated a transgender patient before me or if I’m the first one, but either way, I was very nervous when I walked in to sign myself up just before Christmas. I had no idea at the time how I would be received, or even what the medical process of transitioning in this country actually entails.

You may be aware that before moving back to the UK in December I’d spent the last few years living in America, during which time I came out as a transgender woman and commenced hormone replacement therapy in the USA’s barbaric and expensive ‘healthcare’ system. And of all the times and places to come out I somehow managed to do it in Washington DC, just a few weeks before the 2016 presidential election.

Suddenly living as one of the new administration’s most despised and most targeted demographics was, to put it lightly, not exactly easy on the nerves. The last place I lived before returning to England was the small rural town of Yellow Springs, Ohio – known widely as a progressive haven for the LGBT community in the middle of an otherwise redneck area.

Not long before I left the country, a local far-right group rolled into town in the dead of night and put up a bunch of flyers about preserving the ‘traditional American family’ – wording that is frequently used by such groups as a thinly-veiled threat to the queer community. Trump’s presidency has emboldened many such groups, with the FBI’s own stats reporting a nationwide 20 per cent rise in hate crime incidents since his election.

A major part of my reasoning for leaving America was, quite simply, fear.

But even in the UK, transitioning means having to navigate a long track of institutional and cultural hurdles. Even the smoothest experience tends to necessitate dealing with invasive scrutiny from medical and legal gatekeepers. And in far too many cases, a trans person can face pettiness from bigoted jobsworths who choose to make things harder simply because they object to the fact of our existence and have a little power they can abuse to make this point.

With that in mind, I hope you can imagine my relief when the staff of Yetminster Health Centre allowed me to forego my old patient file so I could get a new one with the name ‘Laurie’ straight away. You were kind and apologetic when you explained how the bureaucracy could be navigated by using the title ‘Mr’ for the time being, and so the forename allowance remained a lovely validation for me. Mr or Ms, you could easily have made me use my dead name for a whole extra year – instead you chose to make Laurie herself visible to the state.

I’m resilient, it wouldn’t have ruined my life not to have that. But when you’ve gone through nearly three decades of your own society denying who you are, and when you’ve finally made it into the clearing after all that time, being treated with respect like that takes on real significance, closes real wounds.

When I got home the other day and saw the NHS had sent me a letter about cervical screening (which, thank you, but I think I’ll pass), I didn’t notice at first that someone had changed my patient title from Mr to Ms. It wasn’t until I paid attention to the letter’s actual subject matter that I looked back up and read: ‘Ms Laurie Richards.’

I can’t describe just how much healing has been done with this act. Without going into the nasty details, I can tell you that for the past 23 years I have lived with PTSD (only now being treated) because of something horrifying an adult did to me, at five years old, as an explicit punishment for having said “I don’t think I’m a boy.” I was only repressed for as long as I was because a monster had committed a violent hate crime against a small child, to deliberately frighten that child from ever daring to live as herself.

Whoever you are, my secret hero at Yetminster Health Centre, I just want you to know that you did so much more than change a little thing in a file. What you really did was hop in a time machine back to 1994, and you found my oldest and cruellest demon, and you punched it square in the face. You have gone and told that terrified little girl what nobody else knew then to tell her: that she deserves to exist, fully, as herself.

You have exemplified the absolute highest virtues of medicine, and of care, and of human goodness. You have helped heal a trans woman suffering an existential pain, and you did it from within a system that is far from designed to do so. You are wonderful. From the bottom of my heart, thank you.

Thank you so very very much.

Linkedin
RELATED ARTICLES
OTHER ARTICLES
A group of young Palestinians have found temporary freedom in the act of parkour, reimagining wreckage and ruins as a series of high-octane playgrounds.
With skyrocketing rents, packed out viewings, bidding wars and more, renting in London has never been harder.
Photographer David Corio’s archive offers a glimpse inside a revolutionary era of music and nightlife.
Ahead of the release of their first collaborative album, the producer and rapper talk psychedelics and the state of UK hip hop.
Financial turmoil is pushing people who work in the sex industry into more dangerous and desperate situations as a means of survival.
Thousands attended the annual event this year to wheelie through the city and call for ‘knives down, bikes up’.