News & Politics / Opinion / Trump’s Jerusalem speech will be painful, but the peace process was already dead 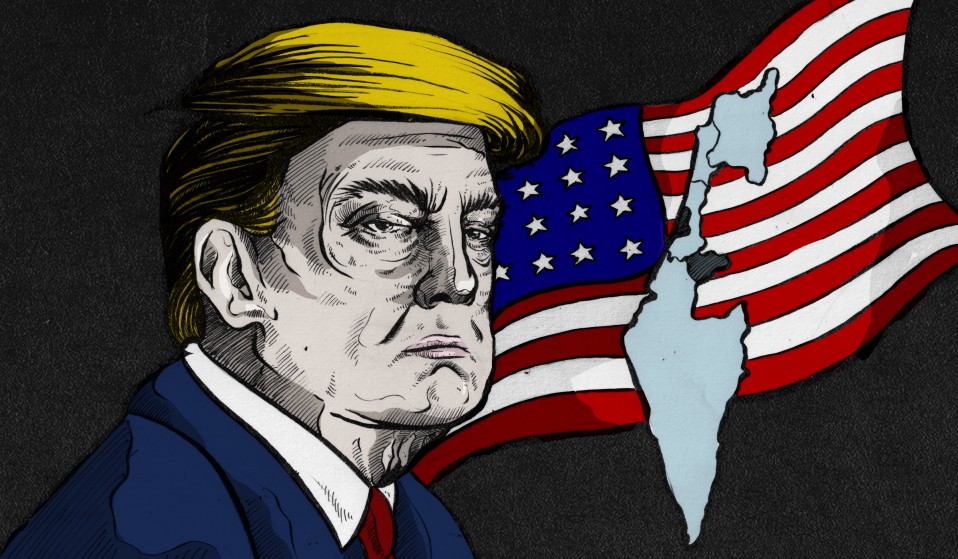 Palestinians getting screwed? Who'd have guessed...

Most Palestinians already know the Middle East peace process is over. Trump's plans to move the US embassy to Jerusalem just confirms what we thought, writes Alia Al Ghussain.

Donald Trump is expected to announce the United States will formally recognise Jerusalem as Israel’s capital in a speech on Wednesday – a move which members of the international community have declared will destroy any hopes of reviving the Israeli-Palestinian peace process, and one that will have unpredictable consequences in the Middle East. In practice this will see the US embassy moved to Jerusalem, a step change from years of foreign policy, and one that will make America the only nation to have its embassy in the disputed city.

Most people appreciate that Jerusalem is historically and culturally significant in Judaism, Christianity and Islam. Fewer people are aware of the fact the that the success of a two-state solution in Israel/Palestine hinges on the viability of East Jerusalem becoming the capital of a future Palestinian state.

The UN doesn’t recognise Israel’s sovereignty over East Jerusalem, which Israel annexed in 1967, and considers it an occupied territory. The international community has understood this for years, with the consensus being that the status of Jerusalem should be determined in negotiations between Israel and the Palestinian leadership. Due to the sensitivity of the issue, embassies are hosted in Tel Aviv – the internationally-recognised capital of Israel.

In recognising Jerusalem as the capital of Israel, Trump is making good on a campaign promise to move the US embassy to the city – something which Israel has long advocated for, but which has previously been ignored by US presidents in the interests of regional stability and maintaining the ability to position itself as an ‘honest broker’ in peace negotiations.

Trump clearly has very little regard for these extenuating circumstances – which should actually surprise no one given his presidency has been characterised by a lack of respect for the international community, presidential decorum and – I’d argue – basic human decency.

Kushner has previously described the Israel-Palestine conflict as being similar to a “real estate issue”. Reports suggest he’s in the midst of developing is own peace process alongside Saudi Arabia for the region. It’s obvious that Palestinians have no friends in the Trump administration – any plan is almost certain to do more harm than good.

As well as reversing decades of official US policy and contradicting international consensus, this move gives legitimacy to Israel’s occupation of East Jerusalem. This is not only cements Israel’s regime, but condones it. The Israeli government will no doubt take Trump’s declaration as carte blanche to speed up the social and ethnic cleansing already taking place in the city. The government will be encouraged to continue settlement-building, expropriate more Palestinian land and revoke the residency of rights of Jerusalemite Palestinians – and generally to rule over Palestinians without granting them the freedom or rights guaranteed to them under international law.

It is clear that Palestinians will not meekly accept the erosion of their rights – three days of rage have been called by all the main Palestinian factions to protest against Trump’s declaration. The protests have the backing of the Palestinian Authority, which usually acts as Israel’s enforcer in the West Bank. There are already reports of protests in Gaza and Palestinian refugee camps in Lebanon. Palestinians in Palestine and the diaspora, fragmented by geography and politics, have been united by this recent turn of events. What more do we have to lose?

Since 1967, the international community has been complicit in the oppression of Palestinians, insisting on placing peace talks above tangible actions to protect Palestinian rights. Another day of complicity with this regime is a day too long. It is time for the world to act, and apply real, significant pressure on Israel to respect Palestinian rights and international law. If history teaches us anything though, it’s that we probably shouldn’t be waiting with baited breath.

Many commentators have written about the consequences this change in US policy will have for the Israeli-Palestinian peace process. The truth is – there is no peace process. There have been no serious talks between the two sides for years. All Trump has done is make sure that a process already in critical condition will never be revived. In many ways, this isn’t the most severe consequence of declaring Jerusalem the Israeli capital – it is the increased rights violations Palestinians in the city will face. More homes stolen, more families destroyed.

The international community has long watched on as Palestinian people have suffered. The world’s inaction is now simply running its course. It is more obvious than ever that Palestinians cannot rely on others to give us our liberation. The Trump administration’s move has highlighted the importance of popular resistance and the Boycott, Divestment and Sanctions Movement in the struggle for Palestinian self-determination. As we have done for decades, the Palestinian people will continue to organise and resist.

Reddit
RELATED ARTICLES
OTHER ARTICLES
Campuses across the country have closed in response to the coronavirus crisis – but what about the students who have been left behind?
Photographer Weegee would spend his nights roaming the city, documenting its secrets, subcultures and forgotten inhabitants.
The New York rapper pushed hip hop into bold new realms. He lived through a dark time – but with one hand on the mic, he survived to tell the tale.
It’s been six years since homosexuality was effectively criminalised in Nigeria. Despite this, LGBTQ people in the country are still finding ways to party.
The demonisation of the shark may be rooted in centuries of irrational fear, but the threat it poses to the species is real.
Photographer Giles Duley examines the impact COVID-19 will have on refugee camps, where conditions are already barely livable.