News & Politics / Opinion / UK police finally wise up about cannabis, but only because they’re broke 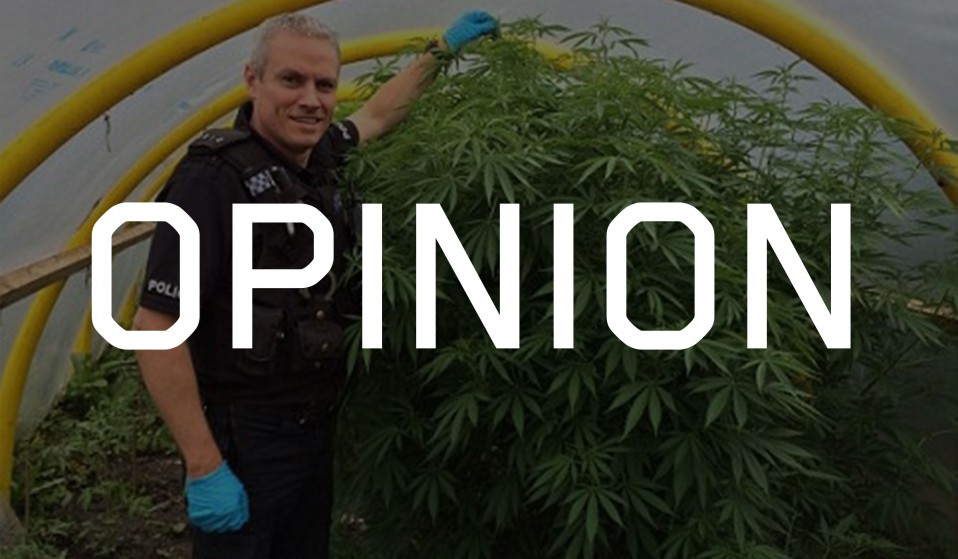 As a government online petition takes off and austerity forces police to rethink their approach, is the UK drug debate finally catching up with the rest of the world? And could legalisation be in sight?

As a government online petition takes off and austerity forces police to rethink their approach, is the UK drug debate finally catching up with the rest of the world? And could legalisation be in sight?

Since his release from prison in 1995 after masterminding Britain’s biggest cannabis distribution network, smuggler-turned-comedian Howard Marks has carried the torch for a common-sense approach to drug policy. Pushing for the full legalisation of marijuana, Marks ran for parliament twice, sparked a big protest spliff in a London police station and even applied to be Tony Blair’s ‘drugs czar’. After two decades of taking on the powers that be, Marks was able to demonstrate scant progress – in fact, during that time cannabis was upgraded from class C to class B.

But now, thanks to Alan Charles and Ron Hogg, police and crime commissioners for Derbyshire and Durham respectively, the UK has taken a tiny step towards a more enlightened debate on drug policy. In the wake of government budget cuts to policing which have lead to some forces announcing they will no longer investigate certain types of crime, such as stealing from petrol stations, both Charles and Hogg announced that their forces have more important priorities than chasing recreational smokers and small-scale growers.

Their move comes as a petition calling for the legalisation of cannabis on the government’s official e-petition site has shot past the 100,000 signatures needed for MPs to consider a debate on the issue in parliament. However, the ruling Conservative party’s stance is firmly against legalisation and they’ve tabled a bill that would ban all psychoactive substances, unless they’d been explicitly permitted by parliament. Thanks to growing public support, the legalisation of cannabis now looks closer than it has in years, in part because the Conservative’s austerity programme has made it harder and harder to justify wasting limited budgets on ineffective policing and ignore the large sums that could be drawn in through taxation.

After crunching the sums, Alan Charles and Ron Hogg came to the same conclusion as Portugal, the Netherlands, Uruguay, Jamaica and states across the US: that funds are far better used on harm reduction and tackling gangs and organised crime than aggressive policing and prisons. “It’s about keeping people out of the criminal justice system and reducing costs, it’s about being more productive with the way we approach things,” Hogg explained to The Daily Mail. In an interview with The Telegraph, Hogg continued; “We are not prioritising people who have a small number of cannabis plants for their own use. In low level cases we say it is better to work with them and put them in a position where they can recover. […] It is unlikely that a case like that would be brought before a court. Of course it is up to the government to change the law but I trying to open up a debate about drugs and drugs policy.”

As well as their decision to relax enforcement and focus on those higher up the supply chain, Durham police are diverting funds into rehabilitation schemes to keep people out of jail. This shift in policy is supported by research, with one study demonstrating that access to treatment halves offending and the government’s own figures showing that spending on treatment is cost effective, generating £2.50 for the taxpayer with every £1 spent. Advocacy group Transform estimates that drugs cost the UK £16 billion per year, but that legalisation would leave society with a bill of just under $6 billion per year, saving over £10 billion.

The fact that Hogg and Charles’ announcement sent shockwaves through the UK media is a sign we’re still playing catch-up with the rest of the world when it comes to drug policy. The Netherlands have been a shining example of regulation for decades, Uruguay’s legalised market is in its early stages but appears largely successful and even the US – the nerve centre of the War on Drugs – has seen many states legalise medical or recreational cannabis.

Colorado, who were the first to legalise recreational use, earned a cool $53 million in tax revenues during 2014. Although across the US it has been rich white men who have largely sucked up the economic benefits, despite legalisation in many states such as Washington DC being enacted to reduce the overwhelming racial disparities in drug arrests on minorities.

Portugal went even further by decriminalising possession of all drugs in 2001 and implementing a health-centred approach to drugs and has seen HIV infections and drug-related deaths decrease, while the predicted dramatic rise in use never materialised.

Drug policy campaigner Amanda Fielding, who is advising the Jamaican government which decriminalised marijuana this year, argues we’re at a tipping point. Feilding’s Beckley Foundation has been instrumental in shaking the consensus on drug prohibition. Nine presidents and ex-presidents, thirteen Nobel Prize winners, writers, artists and entrepreneurs signed her public letter calling for, “shifting resources away from criminalising tens of millions of otherwise law abiding citizens, and move towards an approach based on health, harm-reduction, cost-effectiveness and respect for human rights.”

Such progressive language jars with the draconian approach to drugs at home, but for a government preparing £12 billion of welfare cuts, which look set to increase the 2.3 million children living in poverty and over a million people who rely on food banks, the financial benefits of legalisation should be impossible to ignore. As budget cuts weaken central government’s authority to enforce laws based in hysteria rather than evidence, which waste huge amounts of police time, they might have inadvertently hastened the crumbling of the UK’s War on Drugs. With luck, it won’t be long before we can all legally sit back to spark a big spliff, end the tiring debate on drugs and put our minds to solving bigger, more pressing problems.

Linkedin
RELATED ARTICLES
OTHER ARTICLES
Protestors gathered outside Downing Street following the latest atrocities committed by Israel against Palestinians living in the besieged strip.
A series of photos by the late Jerry Dantzic taken in 1957 show a tender side to the iconic Jazz musician.
Photojournalist Fiora Garenzi spoke with people still living in Eastern Ukraine, an area which seen some of the heaviest fighting since the war began.
With the virus now a global health emergency, we must take steps to fight misinformation and demand a swift UK-wide vaccine roll out, writes Phil Samba.
To mark the premiere of his new documentary on surfing giant Gerry Lopez, the filmmaker and former pro skateboarder sits down to share his unique brand of wisdom.
Last week, Tower Hamlets council removed its nudity-restricting licensing conditions in a huge win for London’s kink community.