News & Politics / We need climate reparations to confront the colonial past 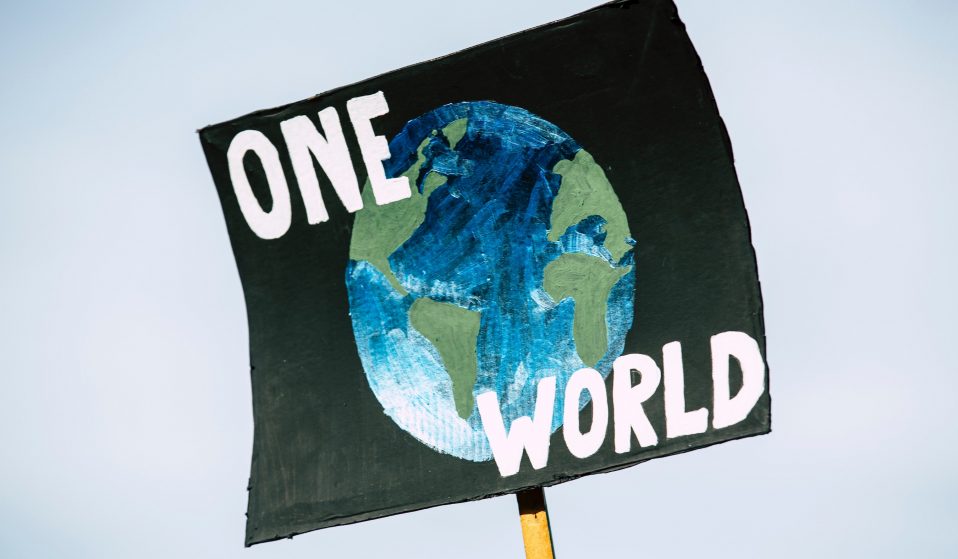 Countries in the Global North are disproportionately responsible for driving greenhouse gas emissions. To give frontline communities the freedom to fight the climate crisis, we must take a reparative approach, argues Harpreet Kaur Paul.

Countries in the Global North are disproportionately responsible for driving greenhouse gas emissions. To give frontline communities the freedom to fight the climate crisis, we must take a reparative approach, argues human rights lawyer, Harpreet Kaur Paul.

Uncertainty has echoed continually over the past year; from not knowing when we can next see family, to whether international climate change conferences will go ahead. Currently, the next global opportunity for states to cooperate on climate action is scheduled to take place in November 2021 at COP26. Representatives from countries across the globe are planning to gather in Glasgow.

The acute risks of such a meeting in the absence of patent waivers for a global Covid-19 vaccine rollout have been raised by many. Dorothy Guerrero, Head of Policy at Global Justice Now, said: “If world leaders cannot sort out an equitable distribution of vaccines, how can we trust them to save the planet from the brink of destruction? Rich countries burned through the planet’s carbon budget and now their hoarding of Covid-19 vaccines threatens to exclude low and middle-income countries from talks about a solution.”

That countries least responsible but most impacted by climate change may be precluded from attending a global climate conference is a symptom of structural inequities at the root of our intersecting health, social, economic, climate, and political crises. Climate action that is centred on justice can build towards repairing the roots and create futures capable of nurturing and nourishing collective well-being for all in line with our planetary boundaries. This is the approach to climate reparations that I propose in a new report for the progressive think tank Common Wealth.

Between 1850 and 2002, countries in the Global North emitted at least three times as many greenhouse gas emissions as countries in the Global South, where approximately 85 per cent of the global population resides. Disparities continue. Every year, the average person in the US, Canada, and Australia emits roughly 50 times more CO2 than someone in Mozambique. The average person in Britain emits more carbon in the first two weeks of a year than the average per capita annual emissions of Rwanda, Malawi, Ethiopia, Uganda, Madagascar, Guinea and Burkina Faso combined.

Those least responsible for emissions also have fewer resources to decarbonise, adapt to inevitable climate change impacts and repair unmanageable ones. For example, Senegal has 40 times less funding per capita available than Sweden. At the same time, the average person in Sweden emits over six times more carbon per year than the average person in Senegal.

Climate inequity mirrors economic injustice, and poverty magnifies climate – and health – harms. Subjugation to colonial practices such as producing sugar, coffee, rice, and cotton cultivation on large slave plantations remains an indicator for per capita levels of poverty today, while neoliberal trade policies have continued to perpetuate inequities. Currently, conditions attached to loans from institutions connected to Global North states, companies, banks or development actors curtail the freedom of states in the Global South to initiate projects that centre people and the planet.

Simultaneously, the health impacts and crop failure linked to creeping salty seawater, more regular and stronger storms, wildfires, floods and droughts, desertification, rising temperatures and disease spread are bringing countries in the Global South to breaking point. A single storm can wipe out between 10 per cent and 60 per cent of a countries’ GDP, and the storms are coming thicker and faster. Given the intertwined nature of our crises, communities on the frontline of climate change – from hurricanes in Puerto Rico, to river erosion in Bangladesh, and malnutrition in Senegal – need the financial resources and policy freedom to dictate appropriate responses.

So, if COP26 is held in Glasgow later this year, it is crucial to support calls from Global South climate justice leaders calling for enhanced public climate financing from developed countries most responsible. However, without addressing the root causes that keep communities in the Global South on the threshold of climate-economic-health disasters, this alone would be insufficient. Meaningful climate reparations require systems change to reckon with colonial pasts and gives frontline communities freedom to fight climate change, Covid-19 and precarity in the present.

Senegal is one example of unjust North-South dynamics that emulate the incongruous balance of climate change and financial freedom, deepening local hardship. Economically, limited access to public services and adequate wages is exacerbated by a government inundated with debt repayments, tax evasion and capital flight. Research from Global Justice Now suggests that African countries receive USD$161.6 billion in resources such as loans, remittances and aid each year, but “lose USD$203 billion through factors including tax avoidance, debt payments and resource extraction, creating an annual net financial deficit of over USD$40 billion.”

Just over 25 per cent of Senegal’s GDP goes towards servicing external public debt (which enriches financial actors) while between 2015 and 2017, education funding dropped by 11.76 per cent, penalising children least responsible and most exposed to climate harms. In addition, loan conditionalities and subsequent austerity policies have forced privatisation of state-owned enterprises, leading to overall cuts in public spending by 40 per cent. Women are particularly impacted as main users of and workers in public service sectors, with the added burden of having their unpaid care work expected rather than sufficiently supported. Nearly half of Senegal’s population is in poverty and chronic malnutrition affects 17 per cent of children under the age of five. 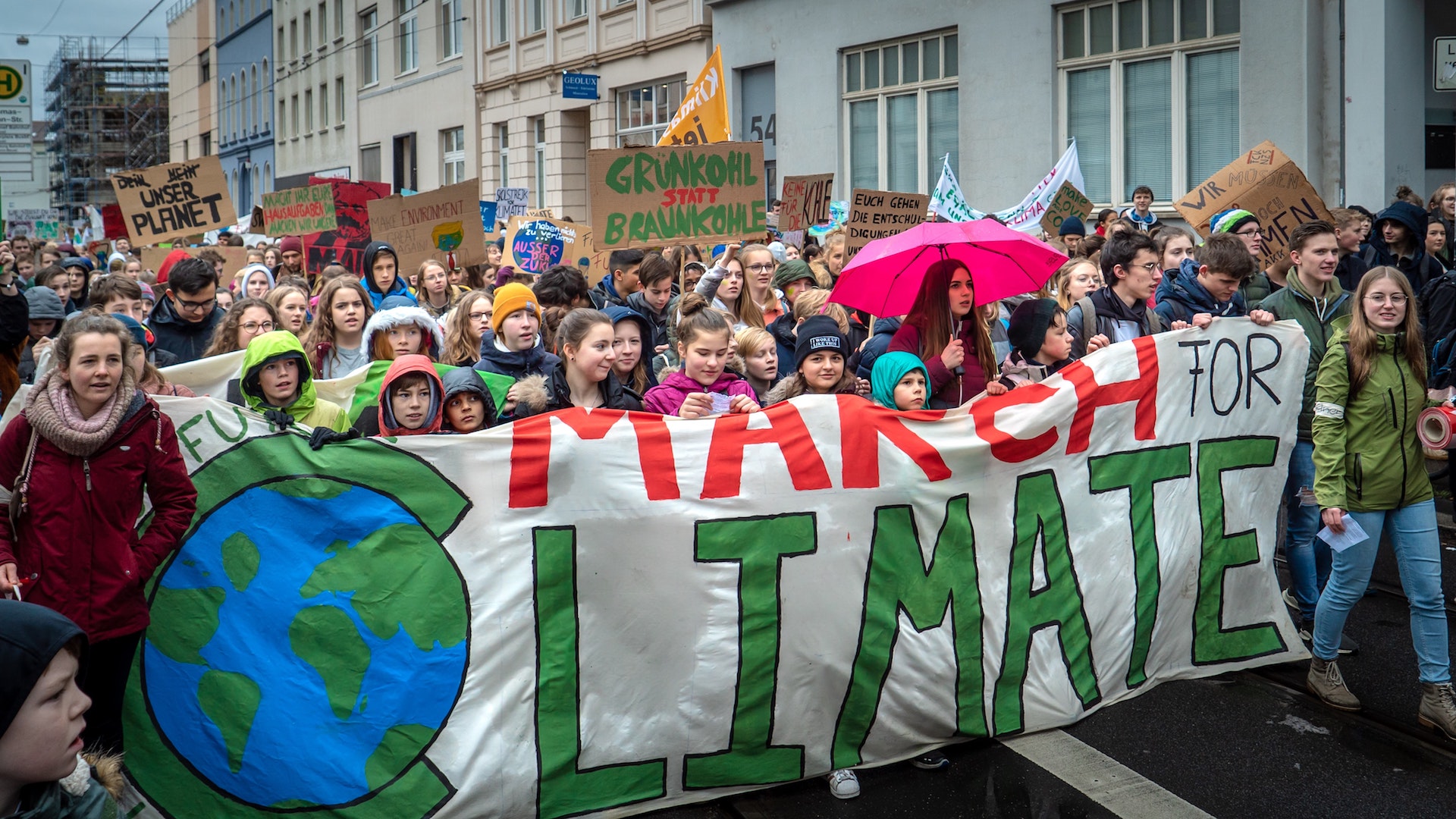 In order to counter these economic depressions, Senegal opened itself up to unsustainable agricultural practices that deepen the climate crisis and displace local communities many of whom rely on smallholder agriculture and pastoralism. Industrial agribusiness models not only contribute to a quarter of greenhouse gas emissions globally, but also reduce our future resilience to climate change impacts by reducing biodiversity and eroding soil health. Workers are exposed to hazardous conditions, and whole communities are left with reduced access to their land and water, as well as the pollution of the ecosystems on which they rely by pesticides and agricultural run-off. Moreover, erratic rainfall, rising sea levels and encroaching saltwater have destroyed swathes of farmland on Senegal’s Baout island while four droughts in the past ten years have left thousands hungry.

Devastatingly, Senegal is also relying on significant growth in oil and gas production, which – despite creating few local jobs – the World Bank sees as crucial in Senegal’s Covid-19 recovery with “oil and gas is part of the future of the country”. The key beneficiaries will be the Australia, US and British companies vying for access. Historically, companies that make their wealth in Senegal quickly move their profits out of the country through tax havens, facilitated by a lopsided treaty. The past forty years of a neoliberal capitalist development consensus has enabled foreign direct investment to facilitate the exploitation of local peoples, extract resources, pollute places and then enable capital flight. Wealth has poured to the top while workers and communities face precarious conditions in a dangerously changing climate.

Senegal’s story is unfortunately not unique, but an example of patterns of extraction and exploitation that erode public services and social security. Soaring inequality has created immensely skewed distributions in both wealth and carbon consumption. In 2019, the world’s 2,153 billionaires had more wealth than 4.6 billion people (over 60 per cent of humanity). While the world’s richest 10 per cent caused 52 per cent of emissions between 1990 and 2015, they are also equipped with the resources to fund quick retreats to safety.

For some, luxury villas on the subtropical ridges close to the equator, where particularly pernicious storms form, feature protective bunkers. Private fire crews defend Californian mansions negligently built on raging wildfire warpaths. At the same time, some public firefighters earn only USD$1 a day containing fires. They return to prison bunkbeds overfilled with Black men convicted of minor drug offences by a system that overlooks equivalent offence on the part of their wealthy and white counterparts. These dynamics are only further exemplified in the Global South.

In Bangladesh, a displacement from accelerating river erosion interacts with poverty to deepen harms. Children describe memories of parents leaving for work only to disappear into the river, along with vital community infrastructure shops, health centres and offices. Without universal access to education and health and social care, many children are forced into child labour, working in precarious contexts. Men fleeing areas with declining crop yields as saltwater submerges land often take up work in dangerous mines, where they are exposed to health hazards. Women displaced from floods and storms can face gender-based violence and a lack of appropriate healthcare in temporary evacuation sites.

Our collective task is to quickly chart a new path away from business as usual. We could start with patent waivers and enhanced public grant-based climate financing at COP26, while simultaneously proposing fair trade and investment, intellectual property, political agency, economic redistribution and cultural and social repair into the future.

We have the practical tools and financial means we need to transition to sustainable renewable energy, improve efficiency, and protect our remaining oceans, forests, and biodiversity. And vitally, we have the ability to reconnect with one another and address the social, political and cultural discriminations that continue to manifest and deepen harms.

Harpreet Kaur Paul is a human rights lawyer, researcher, writer and PhD candidate, University of Warwick Law School. She is the author of a recent Common Wealth report, Towards Reparative Climate Justice: From Crises to Liberations. Follow her on Twitter.

Linkedin
RELATED ARTICLES
OTHER ARTICLES
To mark the anniversary of the mass trespass of Kinder Scout, a group of hikers came together with the intent of creating a new, fully inclusive culture for rural spaces.
Members of the collective share some of their reasons to run as part of #UnitedBySummits, a campaign that looks to uncover transformative power of the outdoors.
While protests over abortion rights rage in the US, access to abortion services is still almost nonexistent in parts of the UK.
A group of Ukrainians living in Poland are helping Ukraine withstand Russia’s brutal invasion by buying supplies and shipping them directly to the war’s frontlines.
The government’s failure to take long Covid seriously has led to the formation of a group campaigning for the thousands of forgotten victims of the illness.
In the latest OFFF Dispatch, the enigmatic designer dives into his process, connecting the dots between his unique and varied creative output.