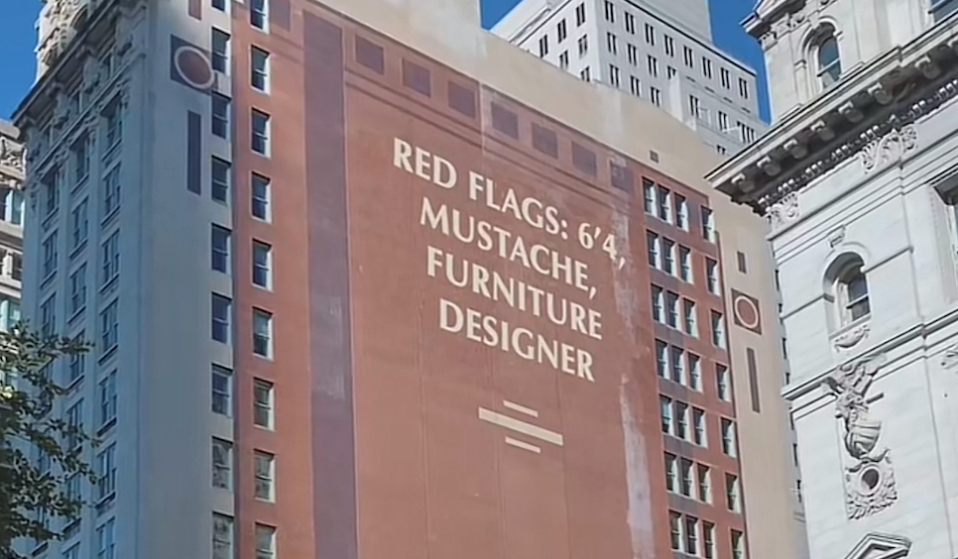 The internet furore surrounding a certain NY-based furniture designer should make us question whether condemning people in the harshest possible terms harms more than it helps.

Last week, a viral TikTok about a certain New York-based furniture designer sparked an internet furore. The drama should make us question whether condemning people in the harshest possible terms harms far more than it helps.

It started with a single, cryptic TikTok. In the video, a young New Yorker dances around her apartment, lampooning a man she’d met on Hinge who ghosted her after one date. The caption read: “This one’s dedicated to Caleb. No hard feelings though, you were too tall”.

Before long, other women appeared in the comments, repeating the same refrain – “West Elm Caleb?” – and an internet phenomenon was born. Video after video started springing up of women sharing their experiences of dating the 25-year-old, 6-foot-4 designer for furniture company West Elm. As the furore intensified, other TikTokers got involved, and before long, the tale of West Elm Caleb’s dalliances through the New York dating scene had morphed into something much bigger.

As women shared their message history with Caleb – who was forced to delete his social media and professional website as the saga unfolded – comment after comment appeared declaring him to be a manipulator, a gaslighter, an abuser. His crimes, if one were so inclined to call them that, include ghosting several women, dating multiple people at once and sending the same playlist to multiple women claiming he had made it especially for them. At least one woman has alleged that Caleb sent an unsolicited nude, an action which, while reprehensible, barely gained mention in much of the outrage that followed. Instead, the ire of the mob focused predominantly on his ghosting.

Much has been said about the very public savaging of a young, single man whose dating practices and etiquette sit firmly within the realm of the fuckboy. I’m not going to rehash that here, but the whole affair – which launched a deluge of TikToks, think pieces and a large billboard on the side of a building in New York – illuminates a wider, more uncomfortable truth about online discourse and interpersonal interactions in the digital age.

In her book Conflict Is Not Abuse, Sarah Schulman states: “My thesis is that at many levels of human interaction there is the opportunity to conflate discomfort with threat, to mistake internal anxiety for exterior danger, and in turn to escalate rather than resolve”. The West Elm Caleb drama is emblematic of that escalatory tendency. Viewing little snippets of a person or a life and making snap-value judgements for better or worse, combined with this escalatory tendency, has seen a plethora of actions and interactions couched in terms of abuse where they simply do not warrant the weight of that interpretation.

I often wake myself up screaming. Night after night, sharp fragments of memories force their way into my dreams with such frightening clarity that I shout out, and wake in a cold sweat. I lay there, shaking, waiting for the memory to fade. The characters in these dreams are people who have raped me; who have abused me, physically and emotionally.

They are, however, not the only people who have ever hurt me. I’m a 30-year-old single queer man in London. I have been ghosted, left bereft and broken hearted. But I’ve also ghosted, left people bereft and broken hearts. The cut and thrust of the London dating scene, much like the New York scene, should not be underestimated. It is, to borrow a phrase from Lilly Allen, hard out here for a bitch. But these fleeting moments of pain that come from being ghosted or rejected must be distinguished from abuse.

Now let’s be very clear here: abuse can take many forms. It can and does look different for different people. My experiences, my reactions and my coping strategies (or lack thereof) are not the benchmark by which anyone else should measure whether they have experienced abuse. Abuse is a murky term. It took me years and years with the help of loved ones and friends to sift through the muddied waters of my memories to unpick what happened and to finally be able to name it for what it was. As such, when someone defines their experiences in that way, it is our duty to believe them, to uphold them and to help them as much as possible.

To be abused is to carry around the weight of trauma with you in perpetuity and it’s because of this weight that we must be cautious and careful when we invoke it, particularly if it’s being done so from the sidelines.

Whether it’s an internet villain like Bean Dad, Couch Guy or West Elm Caleb or any individual we may encounter, this desire to express hurt and harm in the strongest possible terms helps no-one – certainly not those who have experienced abuse. The reality is, there’s a difference between “feeling unsafe” and being “uncomfortable”; between “gaslighting” and “ghosting”. Sometimes the space between those things is huge, other times, it’s less so. It’s hard enough to make sense of these grey areas without white noise and hysteria.

As the furore around ‘West Elm Caleb’ subsides, we ought to look at how we got here and to try and step ourselves back from the edge. Only then can we develop a collective consciousness of how we utilise and deploy these terms and to understand that sometimes, people are just pricks.

Linkedin
RELATED ARTICLES
OTHER ARTICLES
In the latest OFFF Dispatch, the enigmatic designer dives into his process, connecting the dots between his unique and varied creative output.
In the last of our dispatches from OFFF Barcelona, Rufus Deuchler and Vincent Gault discuss the future of creative process.
The situation in Afghanistan remains dire, with many groups facing persecution at the hands of the Taliban.
New legislation is set to make it more difficult to hold Israel accountable for its human rights abuses.
Following the release of his latest album God Don’t Make Mistakes, the rapper talks horror villains, police brutality and being unafraid to show his vulnerable side.
From the Yakuza to a biker gang, Bruce Gilden recounts capturing Tokyo and Osaka in the ‘90s.