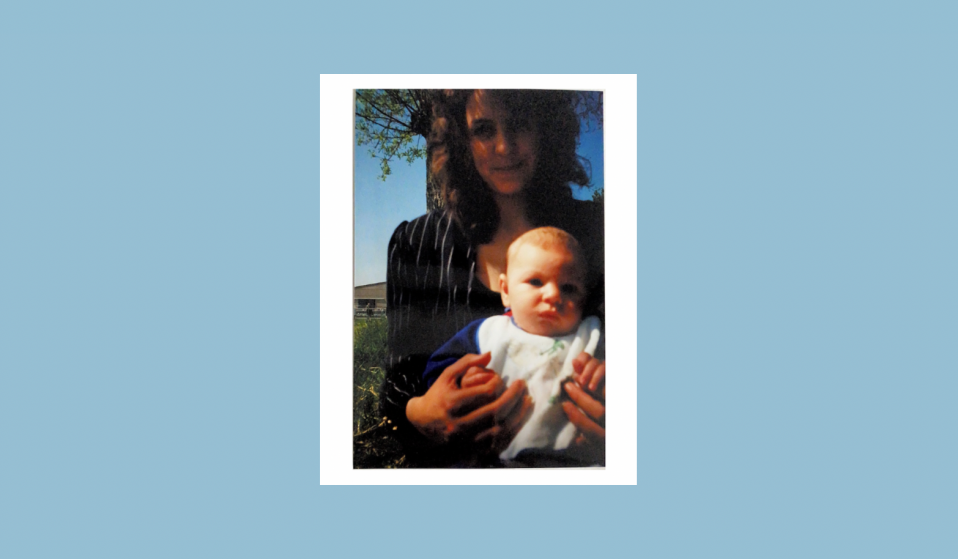 Photography © Pictured: the author and his mother

On the tenth anniversary of attempting to take his own life, writer Ben Smoke reflects on what he’s learned – and the road ahead.

On the tenth anniversary of attempting to take his own life, writer Ben Smoke reflects on what he’s learned – and the road ahead.

“Thing is,” my mum began, scraping butter over a slice of cold toast, “you’re not addicted to drugs and alcohol…” I choked on my coffee as I guffawed at her characteristic bluntness. “Oh yeah?” I replied, trying to cover a smirk.

“You’re addicted to trying to escape the hell in your head.” The smirk fell from my face as I digested her words. I glanced over at the clock to confirm that, as I suspected, it was still before 9am. We were about 20 minutes into breakfast and sat at the kitchen table of the little cottage we’d hired for the weekend.

The bungalow, set in sprawling gardens next to a giant duck pond, was buried deep in Somerset’s Quantock hills. The location, serendipitously both halfway between our respective homes in London and Cornwall, and very close to where I was born in Taunton, was her idea.

“Let’s go back to where it all started” she’d said over text when we’d arranged the weekend away. The invitation came after months of not really speaking or seeing each other for one reason or another, but only weeks after an overdose I’d taken at the end of summer. Neither of us had brought the overdose up but it loomed heavy.

On the first night in the cottage, we talked about anything and everything but the question of ‘how I was doing’. I dodged and pirouetted every one of her attempts to turn the conversation towards me until it was late and she had to go to bed. It was in the morning then, before I’d properly woken up, that she pounced.

It was a well-rehearsed duet. One we’d danced together many times over the years. It always starts with a gut punch that knocks me off my feet and winds me. As I try to catch my breath, we dip and dive through the realities of my life as she asks questions that manage to be both innocuous and probing. Eventually, we reach the conversation’s rising crescendo when she asks, “What can I do to help you?” Pain and anguish are painted in worry lines across her face.

Each time we dance, I watch her try to hide her heart breaking just a little bit more. I try to hide the guilt that rots mine and we limp on, until the next time.

If I’m honest, I thought I’d be writing something very different here. Something triumphant and profound. Something hopeful. This month marks 10 years since my first big attempt on my life. On that drizzly and dark November night a decade ago, I sat in my room in my flat in Whitechapel, wrote and posted a note and then waited to die. In the penultimate sentence of the note I wrote, “I will achieve what I set out to do tonight and the world will keep turning, so you should turn with it.”

Not to ruin the ending of that story but, I did not achieve what I set out to do. I was, however, right in one sense – the world did keep turning and, much to my disappointment, so did I. Three thousand six hundred and fifty full rotations later, I am still here, turning. Over the last ten years, I’ve thought a lot about this moment. About the person I was going to be when I reached this momentous anniversary. About what life might look like and the place I would inhabit within it when I got here.

I imagined I’d be whole. That I’d no longer be this person who was stitched together by a complex set of coping strategies. That I’d become a person that I could bear, if not like. Hand on heart, I can’t honestly say that I have. The thing that I never really considered was the reality of putting yourself back together after such a brutal attempt.

When you rebuild your life, particularly without the aid of consistent mental health support, you have to do it slowly. You pick through the rubble, salvaging what you can, disposing of what you must. Piece by piece, you begin to build yourself back up, stacking disparate pieces of who you were in the hope that one day it’ll amount to something. As it grows you find yourself building scaffolding around it. This scaffolding takes the form of coping mechanisms and strategies to help you hold it together. Eventually the beams rust and warp over one another. The walkways collapse into each other in escheresque circles. It melds into you and becomes part of you. The new, still broken, still shattered you.

Each year since that first big attempt, on the anniversary, I’ve had a celebration of sorts that I inventively called Ben Day. It started so I didn’t have to spend the first anniversary alone, sat contemplating a life that was still very much in ruins, and since then, it’s become tradition. I’ve had Ben Days that have been big parties and others that have been small, sedate affairs. This year, I told myself, I’d do something big. Massive. Seismic.

As it drew closer though, I found less and less to celebrate. In the weeks leading up to this moment, I didn’t feel a sense of achievement – instead, just a profound sense of loss. A renewed and resolute feeling of hatred pumped through me. Anniversaries are a time to reflect, and the more I turned this last decade of struggle over in my head, the more despondent I became. I didn’t like or care for myself any more than I did that night ten years earlier. I couldn’t find any more worth inside myself than I had done back then.

I couldn’t work out how to create space from that unrelenting hatred inside. From the sting and the bite of the words I sharpen to lacerate my brain. I’ve just had to sit with it. Ride out the storm and hope that it didn’t take too much of me with it. My thoughts went dark and deep until I set about finding the note I wrote on that first fateful attempt.

The 500 words I frantically typed out as my last weren’t dedicated to that burning hatred or the cold desolate depression winds that whipped through me. They were dedicated to everyone in my life. The people who had injected colour and warmth and joy into it. The people who’d shown me love and kindness. As I read the words over and over, fragments of those people appeared in my mind. I remembered a pint bought or a joke made. A misadventure or a cherished memory. They were all there, in my head, existing in little vignettes.

It’s not particularly revolutionary to say that the way we see ourselves is not the same as others see us. That we are, for the most part, by far our harshest critics. But as I read and reread those words it dawned on me that, the sum of my person, the sum of these last ten, long years, isn’t merely the mottled and broken pile of rubble that I see in my head. Far from it. I exist, we exist, as thousands upon thousands of tiny snippets in the minds of thousands of people.

From fumbles in toilets or pillow talks till dawn. From throwaway smiles to a stranger or a shared struggle with a good friend over many months. This last decade exists in countless shared experiences, some significant, others fleeting. There are libraries of these moments, fragmented out across uncountable people, that make up a person.

I wanted to come to this particular moment with some big sweeping truth. Some profound sense of achievement. A reason for all the pain and the hurt and the struggle of these last 10 years. I spent the last few weeks feeling defeated because I couldn’t find it inside but the truth is, I was never going to find it there. That big message of hope I so desperately thought I needed to mark this moment was already there. It’s in the connections we make. The communities we build. The struggles we fight and the worlds we seek to create.

There can be no understating the hell of living with poor mental health. No amount of platitudes can sweep away the brutal reality of trying to exist when everything in your brain is telling you you shouldn’t. They won’t turn the tide on the crisis in our mental health services or the structures that lead people to feel this way.

That being said, taking a moment to recognise the impact you have on other people’s lives, how important the webs we weave together are, and the meaning you hold to one another makes things seem less bleak, even for a little bit. It can, for me anyway, make you feel less alone. Make you feel like you’re worth something. That you matter. It can soften the increasingly hardened edges of this world, and give you hope for a better one.

Ten years of life I didn’t think I wanted taught me to feel hope. Hope in the everyday. In the moment and in the memories. Hope in the future. That, if nothing else, is worth celebrating.

If you are experiencing feelings of distress and isolation, or are struggling to cope, The Samaritans offers support; you can speak to someone for free over the phone, in confidence, on 116 123 (UK and ROI), email jo@samaritans.org, or visit the Samaritans website to find details of your nearest branch.If you are based in the USA, and you or someone you know needs mental health assistance right now, call National Suicide Prevention Helpline on 1-800-273-TALK (8255). The Helpline is a free, confidential crisis hotline that is available to everyone 24 hours a day, seven days a week. If you are in another country, you can go to www.befrienders.org to find a helpline near you.

Linkedin
RELATED ARTICLES
OTHER ARTICLES
Photographer Nico Froehlich’s series documents South London’s diverse communities, while also reflecting on their fragility amid rapid gentrification.
Alternating between colour and black-and-white, the photographer chronicled sexual liberation, economic crises and the repercussions of the war in Vietnam.
Proponents of personality tests argue that they’re necessary to find the best person for the job – but in practise, they’re often discriminatory.
How the sounds of nature, air force bases, walking across the country, Windrush and synthesisers have influenced one woman’s journey through music and life.
We sat down with trans comic Jordan Gray to discuss the power of portraying complex characters, giving humanity the benefit of the doubt and getting naked on live TV.
Ireland’s national sports are modernising. At the forefront of this movement is Na Gaeil Aeracha, the country’s first ever queer GAA club.