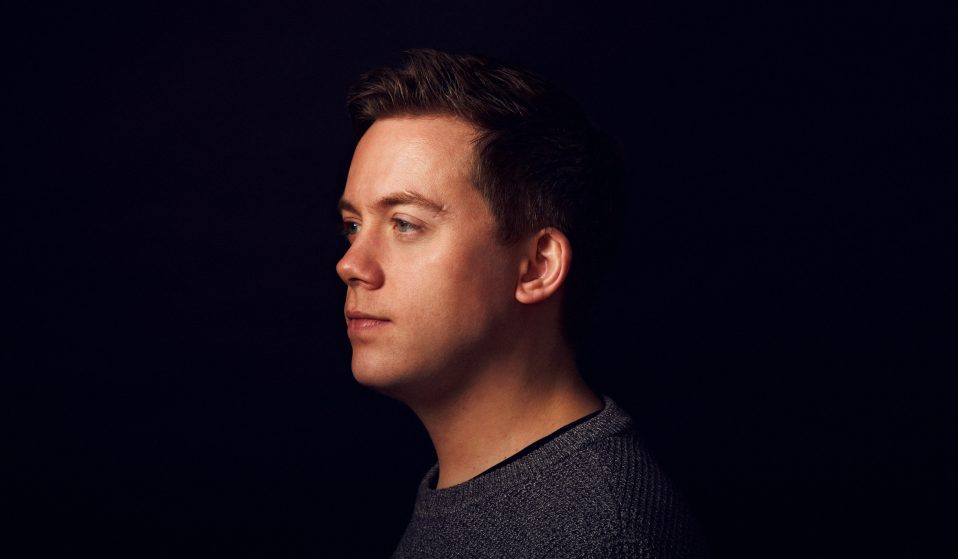 Writer Owen Jones talks to Huck about the agonising experience of writing his new book, and what Corbynism might look like beyond Corbyn.

In his new book, Owen Jones recounts a turbulent period of British politics, in an attempt to salvage Corbyn's left-wing alternative, without Corbyn. He talks to Huck about a fraught writing process, and what went so devastatingly wrong for Labour in 2019.

For Owen Jones, writing a book about Labour’s calamitous 2019 general election defeat was always bound to be an excruciating experience. But if reliving recent events wasn’t agonising enough, the relentlessness of the news cycle in lockdown only exacerbated this, he says, chipping away at his attention span. It was, he half-jokes, “fucking horrific to write”.

The book, entitled This Land: The Story of a Movement is a meticulous account of a tumultuous decade in British politics, comprising 150 interviews with key figures. Published just over nine months after last year’s general election, the book’s quick-turnaround – which no doubt contributed to its gruelling writing process – was essential, Jones, 36, says. “I didn’t want the defeat to be defined by the right.”

“The longer you leave a book like this, the more the right-wing media will obviously say: ‘Labour lost because it was too left-wing, radical and its policies were too extreme,’” he explains.

“Then you get a fatalistic conclusion of: ‘Well, don’t bother then, because anytime you have a transformative political project, you’ll get defeated.’ And I don’t believe that. So I had to look at where Labour went wrong and the mistakes they made.”

“Operation Salvage” – as Jones sometimes refers to his book – was an attempt, then, to save the manifesto without the man at the centre of it, and to show the scale of what the party was up against. And it wasn’t just overwhelming opposition from the media that Labour were facing, but a right-wing sect of the party which attempted to undermine Jeremy Corbyn’s leadership at every turn.

“Some of them [Labour staff] have this really quite extreme hatred of the Left,” explains Jones, “more than they hate Tories.”

The book is written from the perspective of both a “participant and observer” – something Jones is transparent about from the outset of This Land. Labourism is, after all, a tradition he’s been embedded in his whole life. Raised in Stockport, Greater Manchester, Jones’ parents met while canvassing for Labour in 1969, and in the book, he recalls being babysat by striking miners in South Yorkshire.

In 2005, after graduating from university, Jones sent his CV to every Labour MP who’d voted against the Iraq war. He received a response from John McDonnell with an opportunity to work for him as a researcher at Portcullis House, which Jones accepted.

“I never wanted to be a writer, and to have a platform,” Jones tells Huck. “I wrote a book on class [Chavs: The Demonisation of the Working Class] for a small, radical, publishing company [Verso] and didn’t ever expect to end up in the position I got.”

“So, sometimes, it’s like, I didn’t want this,” he continues, reflecting on the abuse that has come with being a public figure, which last year culminated in Jones being physically attacked on his birthday. “I don’t feel intimidated by it, or scared. But it’s a drag on time and energy that I prefer to put elsewhere.”

Despite conflicting feelings over his platform, Jones has remained staunchly devoted to journalism. In the book, he recalls a moment in 2015, when John McDonnell asks him to take on a role as an unofficial advisor – an offer he strikes down, believing it would interfere with his “journalistic ethics”.

In his review of This Land, the Guardian’s John Harris points to what he perceives as the “tension” between “activism and journalism”, suggesting that despite rejecting McDonnell’s offer, Jones subsequently took on “much more than a ringside seat”.

It’s a charge Jones often encounters. “I find it frustrating that [people will] have an immediate ethics debate about me, as the one newspaper columnist in the country who is sympathetic to the main opposition party, when obviously, we have entire press outlets who relentlessly act to further Conservative party ends.” 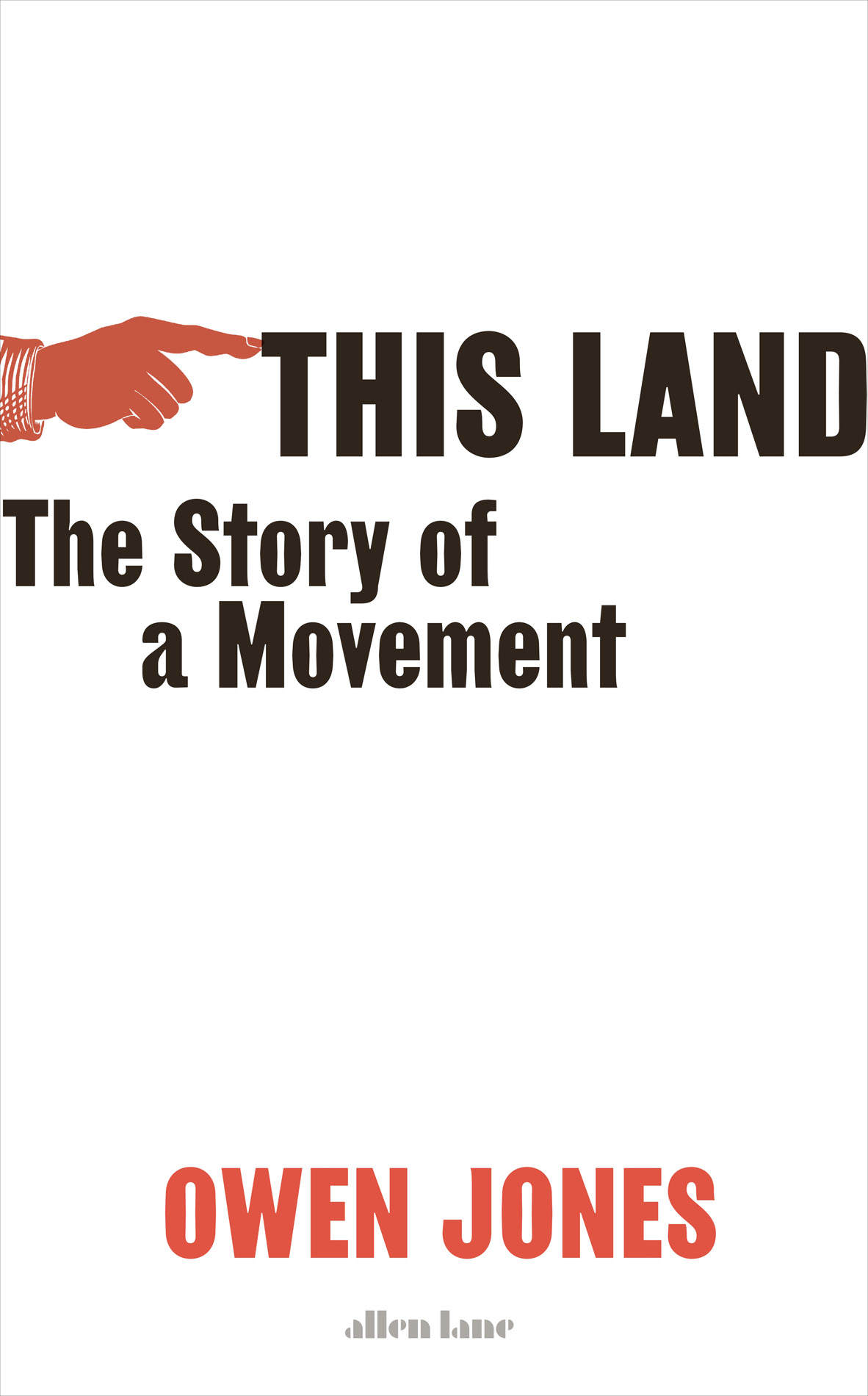 This Land: The Story of a Movement, image courtesy Penguin Press

He is equally dismissive of accusations that, as Jones puts it, he’s “just parroting the Labour line”. “What am I supposed to do? I believe in public ownership, higher taxes and scrapping tuition fees. I’ve campaigned on those things all my life… But I’m always open and transparent about it.”

And, as Jones points out, he’s been a vocal critic of the Labour party in the past, recalling his very public disillusionment with Corbyn in 2017. The same is true of the book, which scrutinises everything from just how woefully disorganised Corbyn was (“he would turn up late to meetings”, and sometimes “didn’t come into the office or answer his phone”), to Labour’s nebulous Brexit position, to a painstakingly recounted chapter on antisemitism.

It’s a chapter of This Land Jones describes as “painful” to write, but one that has so far engendered some of the most positive responses from readers. “Something I was heartened by is on antisemitism, some people who thought it was all just a smear campaign, changed their mind when they read it.”

For Jones, dissecting the flaws of individuals he’s known for most of his adult life was a fraught process. Some of the sharpest criticism is reserved for ex-Guardian columnist and Labour’s former director of strategy and communications, Seumas Milne. While Jones describes him as an “an ally and a mentor” in the book, devoting much time to listing his strengths, he is ultimately attributed with a “lack of professionalism”.

“I just have to be completely honest about what went wrong based on the evidence that I got,” Jones says of his appraisal of Milne. “I knew what I wrote would probably be very upsetting, and I agonised over it, and had nightmares.”

If Milne and the rest of Corbyn’s team seem haphazard in the book, then Momentum – a grassroots movement supportive of the Labour Party – are a comparatively slick operation. From mobilising thousands of on-the-ground activists, to running a wildly successful social media campaign on a shoestring budget, much of the triumphs of the 2017 general election are owed to them.

But what should the future of the organisation look like post-Corbyn era? “I think Momentum could play a unique role in bringing together the extra parliamentary-struggles – everything from climate justice, to Black Lives Matter, and trans rights – with the internal Labour struggle, seeing them as complementary.”

“Those movements have to be their own independent movements.” But, by putting pressure on the Labour leadership, Jones says, “Momentum could try and offer a bridge”.

Equally, Jones understands that for some, organising within the party is still “too emotional”. His hope with This Land, though, is to reinvigorate the Labour left by imparting a message of optimism.

“It might seem counterintuitive in a book about Labour getting absolutely decimated, but even though people [who’ve read the book] were struck by the dysfunction, and by the mistakes that were made, they actually ended up with a positive conclusion.”

Given that Corbyn only narrowly missed out on the chance to be Prime Minister in 2017, had some of these failings been rectified, a very different story may have unfolded. “Which was the intention,” Jones says. “To show there was a fight to be had.”

This Land: The Story of a Movement, by Owen Jones, is out now on Allen Lane, Penguin Books.

Linkedin
RELATED ARTICLES
OTHER ARTICLES
Shifting the focus from the cost of living crisis to tackling obesity while many starve or freeze is farcical and pointless, writes Fatzine founder Gina Tonic.
Following the release of his newly republished 1991 book, Redheads, the American photographer reflects on his celebration of ginger people and their magnetic power.
From the Yakuza to a biker gang, Bruce Gilden recounts capturing Tokyo and Osaka in the ‘90s.
In the latest OFFF Dispatch, the enigmatic designer dives into his process, connecting the dots between his unique and varied creative output.
In the last of our dispatches from OFFF Barcelona, Rufus Deuchler and Vincent Gault discuss the future of creative process.
While protests over abortion rights rage in the US, access to abortion services is still almost nonexistent in parts of the UK.