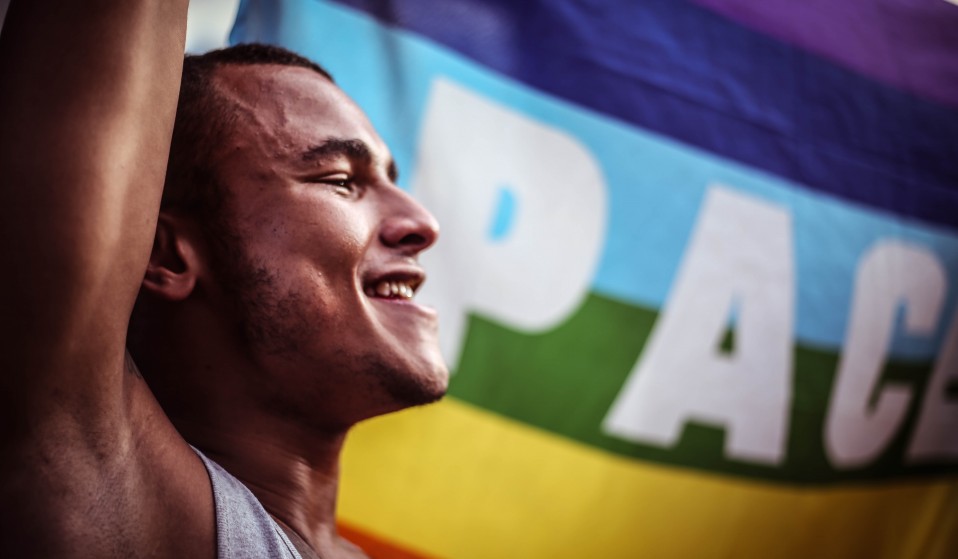 The decision to pardon gay men in Britain who'd once been found guilty of homophobic and now defunct sexual offences means nothing while this government continues to let the LGBT community down.

The decision to pardon gay men in Britain who'd once been found guilty of homophobic and now defunct sexual offences means nothing while this government continues to let the LGBT community down.

The decision to pardon gay and bisexual men convicted of now-abolished, homophobic sexual offences in England and Wales was made public yesterday. The Sexual Offences Act finally decriminalised private homosexual acts between men aged over 21 in England and Wales, in 1967, although the law wasn’t changed in Scotland until 1980, or in Northern Ireland until 1982. The age of consent was only equalised in 1998.

Of the 65,000 men convicted under the laws, 15,000 are still alive – and this will mean that an automatic pardon is granted.

That’s all well and good as a symbolic gesture, but we continue to live in a society that sees LGBT people marginalised, discriminated against and let down – and this government is failing to take action. Yes, despite marriage equality and enshrined protections in law, we’re still a long way from the point where gay men can live out their lives as equals.

Let’s take the on-going debate around PrEP, the lifesaving HIV prevention drugs that quite literally save lives. The ongoing ‘debate’ in the corridors of Whitehall about whether gay men deserve the right to be free from HIV rages on. In the process, members of my community are dying. Opponents say making such medicine available encourages promiscuity and reckless behaviour, once again the sex lives of gay men being judged and policed by the state.

Our physical health isn’t just being recklessly abandoned. The mental health epidemic that’s sweeping through the LGBT community continues to be ignored by those in power.

Gay and bisexual men over the age of 45 are six times more likely to attempt suicide that their heterosexual counterparts, while 44 per cent of young (16-24 year olds) LGBT people have considered taking their own lives. It’s not just that this government is failing to take on this crisis, their actions are actively making it worse.

The LGBT Consortium – the UK’s largest network of LGBT groups, projects and organisations – found that only 0.04 per cent of third sector funding makes its way to their membership. With an estimated five to seven per cent of the UK population defining themselves as LGBT, the disproportionality is hard to ignore. Instead of filling that gap, this government and the last have slashed local authority budgets, who have traditionally supported LGBT services in communities across the UK. TUC research highlights just how vulnerable these organisations are to austerity, and we’re watching them shut their doors day by day. 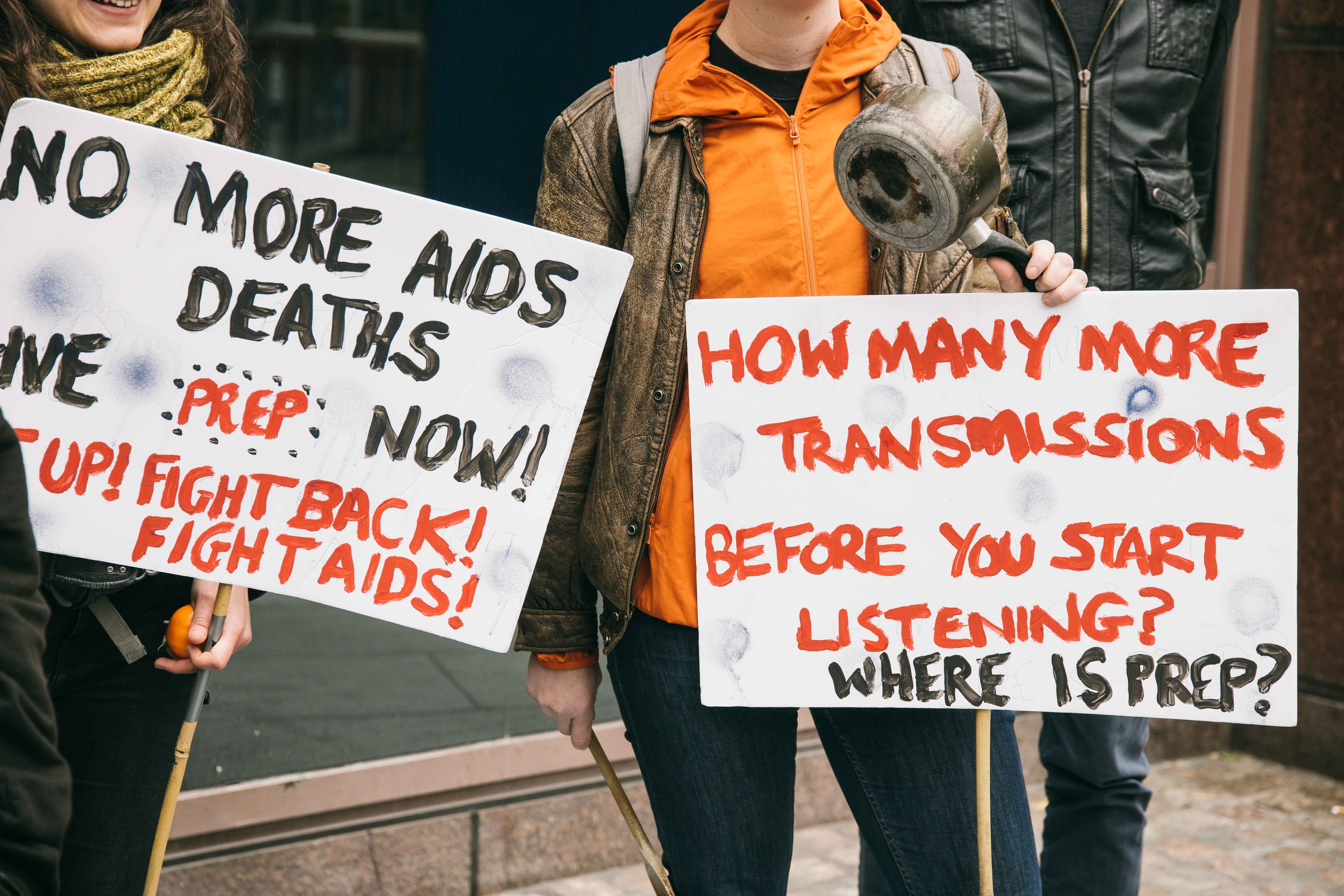 And, despite medical advances, men who have sex with men are still unable to donate blood, entrenching the idea that we’re ‘others’ not to be trusted.

It’s quite right that we talk about the worrying rise in anti-Semitism, but the even greater spike in homophobic hate crime that’s been witnessed in the last few months has barely been spoken about at all. The alarming 147 per cent increase in hate crimes targeting LGBT people in the months since Brexit doesn’t appear to warrant as much concern.

Where are the urgent questions in the House of Commons? Or the emergency enquiries by Select Committees? It’s almost as if they don’t care.

It’s hardly much of a surprise, given those who continue to govern this country are themselves party (past and present) to these laws.

Theresa May now wishes to paint herself as an LGBT champion, though her years in Parliament suggest anything but. Her decision to vote against equalising the age of consent for gay men as recently as 1998 means she too is part of the establishment that criminalised gay men. She voted against repealing Section 28: legislation that banned schools and local authorities educating pupils about homosexuality for fear it was “promoting” it. She voted no to same-sex adoption for good measure too. In her tenure at the Home Office, she forced LGBT asylum seekers to go through sickening hardship to prove their sexuality was as they said.

A look around the cabinet table and there’s hardly much to celebrate: Trade Minister Liam Fox has failed to support any LGBT equality legislation while in Parliament, labelling the introduction of same-sex marriage “divisive” and “absurd”. Boris, our Foreign Secretary, likened same-sex marriage to wedding a dog.

So this offer of a pardon just doesn’t cut it. There’s the burden being placed on our elders, those alive and dead who were abused and mistreated by the state. An offer of a pardon still implies having sex with a consenting adult of the same gender was at some point wrong. We should be dishing out grovelling apologies to those who suffered, not a half-hearted nod. And if this government wants to do more than pay lip service to a community for whom so many centuries they’ve wronged, they’d best get to work. There’s an alarming amount of work still to do.

Linkedin
RELATED ARTICLES
OTHER ARTICLES
In the latest instalment of Photographers in Conversation, the creator talks portraiture, platforms and taking inspiration from Little Simz.
Students are being left to languish in unsafe housing, in some cases leading to serious health complications.
Photographer Bud Glick recounts documenting everyday life in the area, and what it taught him about the Chinese immigrant experience.
As the Criminal Bar Association enters its fifth week of action, criminal barrister Russel Fraser explains why the legal professionals have walked out and how action is likely to escalate.
From the chip shops, to the bingo parlors and burlesque dancers, photographer Mike Coles remembers capturing scenes of holidaymakers by the English coast.
Steel City is often overlooked when it comes to the country's cultural radar despite its role in shaping electronic music.