News & Politics / Is political blackness past its sell by date? 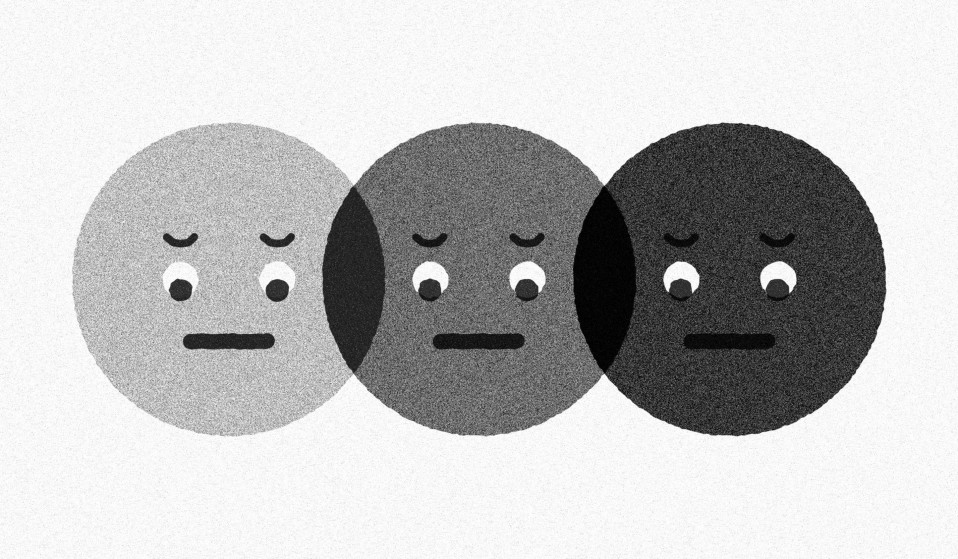 Political blackness, the idea that anyone non-white can unite under the term black, has a long and proud history. But in 2016, it might well be time to update the language used to fight racism and oppression.

Political blackness, the idea that anyone non-white can unite under the term black, has a long and proud history. But in 2016, it might well be time to update the language used to fight racism and oppression.

Identity is a complex notion, one that’s hard to define in a short sentence, or to boil down to single point. It figures, really, given how we each define and see ourselves can never truly be the same.

Sure, there are some characteristics that can pull us together: gender, sexuality, race and religion might break down into broad brush categories, but still there are sticking points, exceptions, moments where intersections and divergences need to be considered, celebrated and discussed.

Right now a question facing my own community is that of blackness, in particular what it means to be ‘politically black’. A term that’s rooted in the rich anti-racist organising of the 1970s and ‘80’s against far-right groups such as the National Front, political blackness is the idea that all non-white people can define themselves under one umbrella term: black.

Although once relevant, it’s now a deeply contested concept.

As a black woman of East African descent, a political affiliation to blackness wasn’t what drove my activism, instead it was a lived experience that affected the way I navigated through society. The first time I heard of political blackness was at university, and at first I found it difficult to grasp. This notion that someone could choose to identify as black, something that I didn’t consider a luxury to be opted into, felt somewhat alien to me.

This week I headed down to a panel discussion held as SOAS, a university in London, that was set to consider political blackness and its relevance today. The main question on everyone’s mind was whether it’s past its sell by date.

There was consensus amongst the mixture of students, academics, activists and beyond that it was vital to consider the issue right now. Police brutality and institutional racism seems to still specifically target African and Caribbean communities, but a rise in xenophobia, hate crime and racism across the country is hitting all of our communities hard.

Looking around during the opening remarks there was certainly a sense that people were present to express their dissatisfaction with the term.

Priscilla Mensah, the first black female president of Cambridge University Students’ Union was a member of the panel, and made it clear she couldn’t help but be “territorial about blackness”. While many organisations such as the Equality and Diversity Commission have moved away from the use of politically black, opting instead for terms like POC (people of colour) and BME (black minority ethnic), the National Union of Students in the UK continues to use it. Critical of political blackness, Mensah had herself proposed a motion to the NUS’ Black Students Campaign earlier this year, asking the organisation to make moves to renaming this strand of work. The motion wasn’t carried, but conversations are continuing. 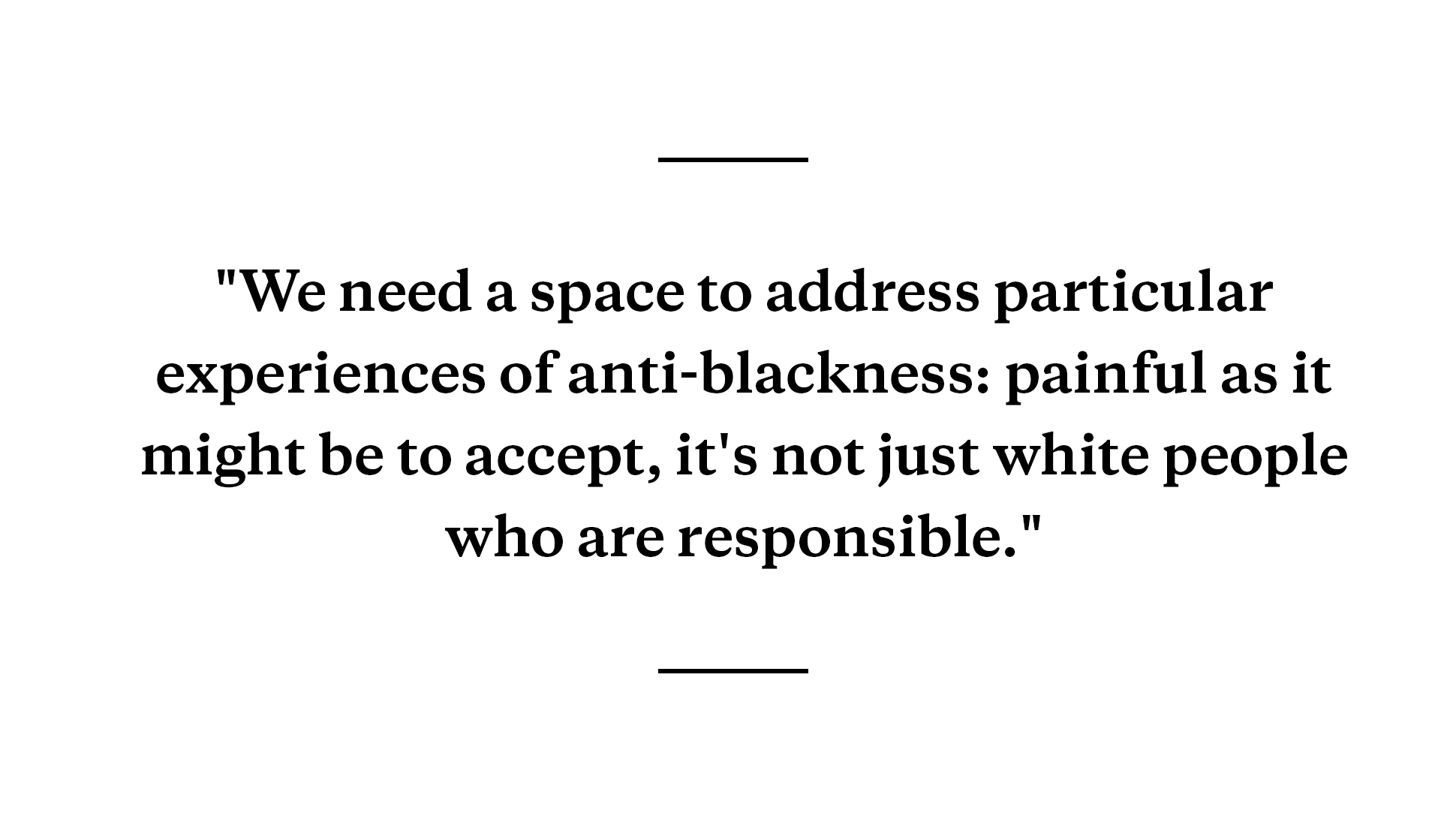 Adam Muuse however, the current NUS Black Students Officer, emphasised the importance of Political blackness in uniting black and brown people both within the context of education and beyond. His argument would suggest there’s a unifying trait that non-white people in the UK share: that while the racism we each confront may differ, we are treated as the other, structures see us all that way

The people desperately waiting in the Calais jungle for refuge? Not white. Those targeted by the Government’s Prevent strategy? Not white. Those stopped and searched disproportionately by the police? Not white. “No one term is perfect”, suggested Muuse, “but we can only strive to make it meaningful by rooting in struggle”.

It became apparent that the tension in the debate lay in the conflation of a black ethnic identity and blackness in the political sense. Terminology it soon transpired was the main issue, not about splintering off our activism into factions. One audience member asked why we couldn’t just create a new term, one that allows us to maintain and build solidarity without using the term black. Murmurs around the room were in agreement.

Those upset about the term politically black suggested that ethnic language shouldn’t be the point of articulating shared political struggles, it’s a position that I would have to agree with. We need to find language that articulates what unifies us.

I can’t help but feel it’s worth examining why the term black is used in this context in the first place. Critics would argue that this only homogenises our experiences. We need a space to address particular experiences of anti-blackness: painful as it might be to accept, it’s not just white people who are responsible.

Listening to the discussion, there was mutual agreement that we need to provide space for nuance in discussions surrounding varying experiences amongst and within black and brown communities.

While I respect the anti-racist and anti-fascist history that political blackness was was born out of, a shift away from the term can’t just be rooted in criticism. We must recognise that it’s a call for self-reflection and evolution when politically organising against racist structures. Times change, and language must move with it. After listening closely I, like many others, can’t help but acknowledge that political blackness is probably now past its sell by date.

Linkedin
RELATED ARTICLES
OTHER ARTICLES
A new exhibition brings together 150 works by twelve photographers, offering mesmerising and intimate depictions of life.
A campaign led by ex-torture survivors and refugee organisations has left the Tories with no planes left to carry out their callous scheme.
A centuries-old tradition is offering families a way to honour the deceased, reports Arbab Ali.
Whether it was seacoalers in Northumberland or the miners’ strike, the photographer was always fully immersed in the story he sought to capture.
Photographer Ira Lapu documents the lives of ordinary Ukrainians living amid a brutal conflict.
Following the release of their third album, the duo talk collaboration, family and connecting with the dead.