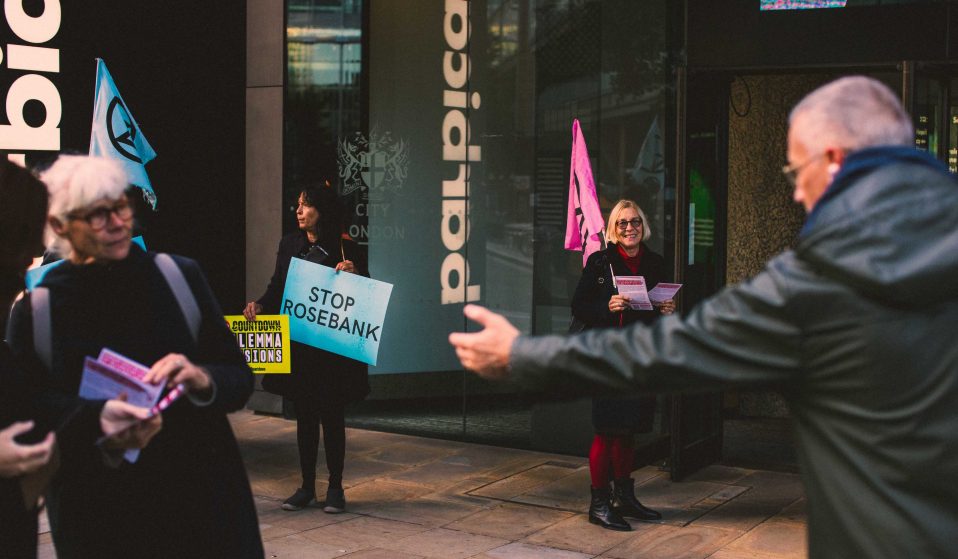 Demonstrators gathered outside the Barbican to call out the non-profit.

Demonstrators gathered outside the Barbican to call out the non-profit over its decision to invite representatives of fossil fuel companies to speak at its summit.

Today (6 October), dozens of activists gathered in the early morning sunshine outside of the Barbican centre. The demonstrators, who represented groups ranging from Greenpeace to grassroots organising groups like Stop Cambo, came together to picket a TED Countdown summit taking place in the central London venue.

The summit, organised by TED Talks and part of the non-profit’s climate initiative, seeks to “put ideas into action” where preventing climate change is concerned. Lauren MacDonald was one of those who took part in the picket this morning. Speaking to Huck, MacDonald explained that the activists – who held banners, distributed leaflets to attendees and chanted – were there to protest the platforming of oil executives at the summit.

“Today we are outside the TED Countdown Dilemma series where representatives of fossil fuel companies and banks that are funding the climate crisis are coming together in conversation about how we phase out from fossil fuels,” she says. “We are here to hold them accountable to the responsibility that they have for the climate crisis.” 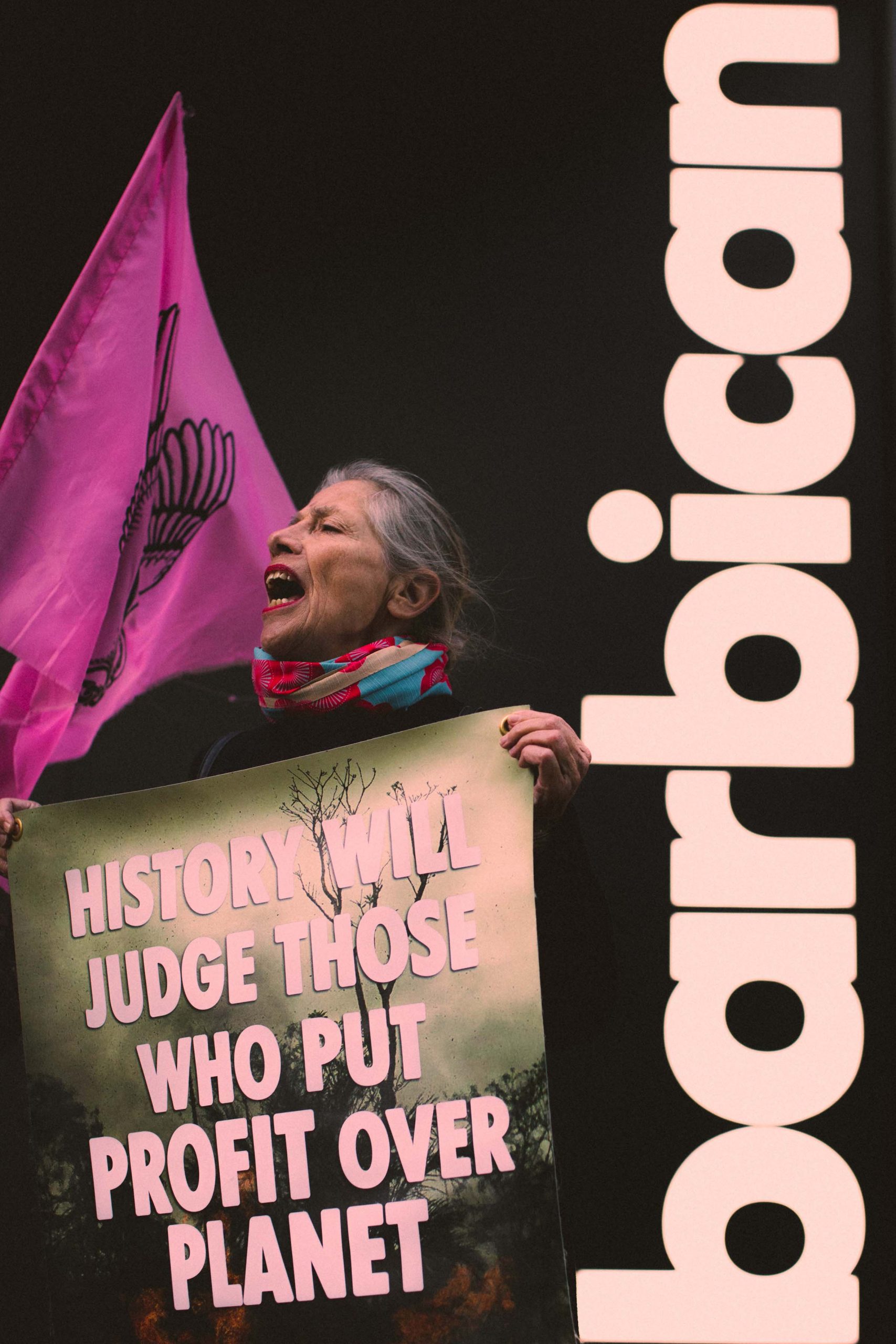 The event this morning included representatives from Equinor, a Norwegian oil giant, who have submitted an application to drill the biggest undeveloped oil field in the North Sea called Rosebank.

“If Rosebank were to go ahead” Macdonald, who is part of the Stop Rosebank campaign, continued, “it would create more co2 pollution than the combined annual co2 emissions of the 28 lowest income countries combined, so from this one field, it would create more co2 than 700 million people in the global south produce in a year. Equinor has a vast responsibility not to go ahead with this field, the UK government must reject it and we’re here to call for that.”

Representatives from other fossil fuel companies including BP were invited to speak. Activists have claimed that TED is providing a platform for fossil fuel companies to greenwash and “continue their rhetoric of lies”. Last year MacDonald challenged Shell CEO Ben Van Beurden on stage at TED Countdown over the company’s complicity in climate breakdown.

“These spaces need to directly hold the fossil fuel companies and those causing the climate crisis responsible, and if they are not doing that, then it begs the question: whose side are they actually on?” MacDonald told Huck. 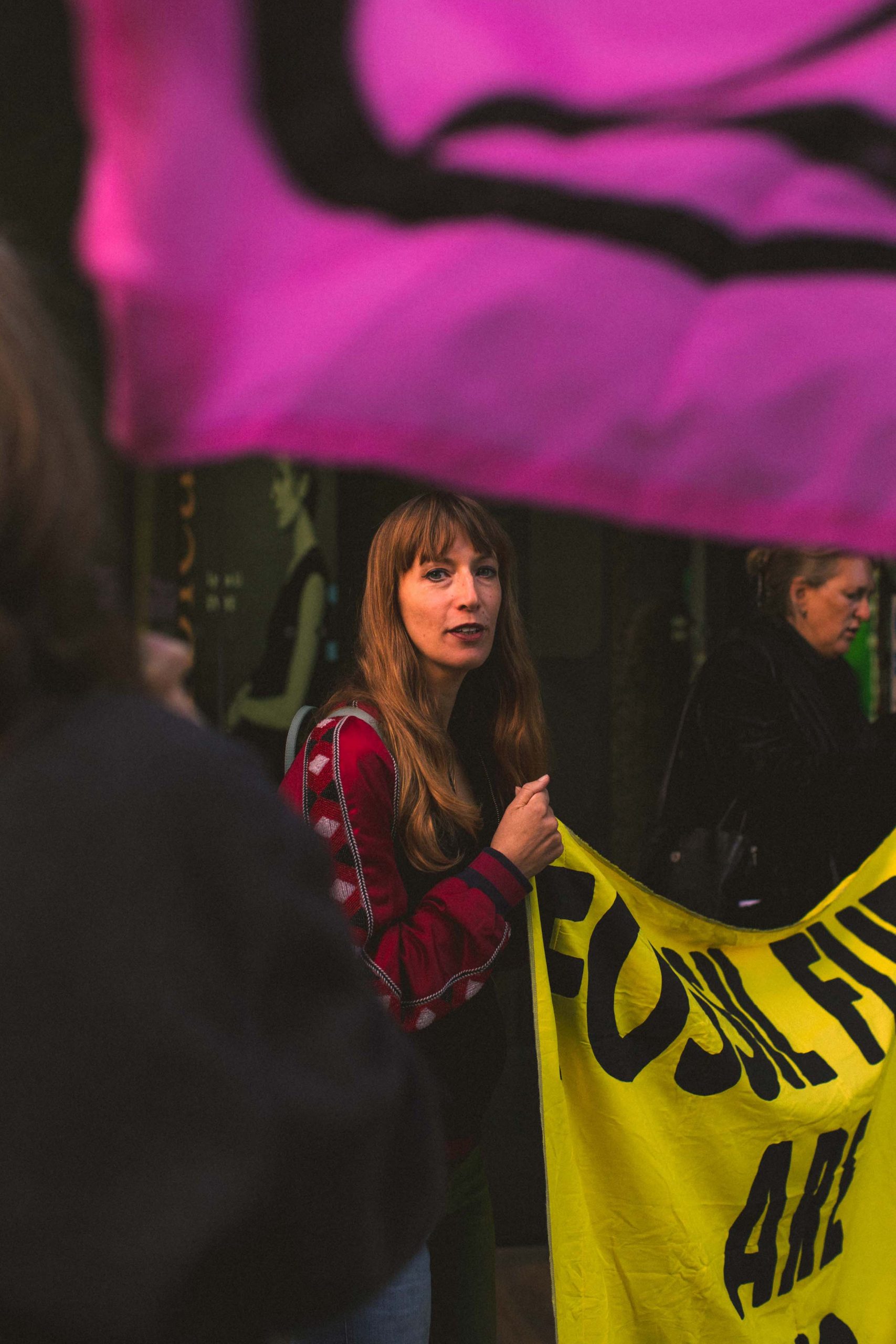 Also present at the demonstration were representatives from Fossil Free London. Robin from the group told Huck, “Our life support systems are being suffocated by the likes of Equinor and BP.  London  – and the world – will resist these oily executives. Forty years of climate disinformation speaks for itself. They cannot be trusted to have a good faith conversation, so we continue to protest and to ask for people to join us in resistance to demand one simple thing: our survival.”

In a statement given to Huck, TED Countdown stated: “Activism and efforts to address the climate crisis take many forms. We support the right of people to protest, including against those they hold responsible for climate change. Our work includes convening people for difficult, candid conversations about some of the toughest issues we face. Eighty percent of today’s global energy comes from fossil fuels – we’re focused on how we shift away from this, to clean, secure affordable energy as fast as possible. We do not believe we can accelerate progress by refusing to talk to the incumbents who are responsible for the bulk of today’s energy supply, and we’re committed to holding space for this difficult work.” 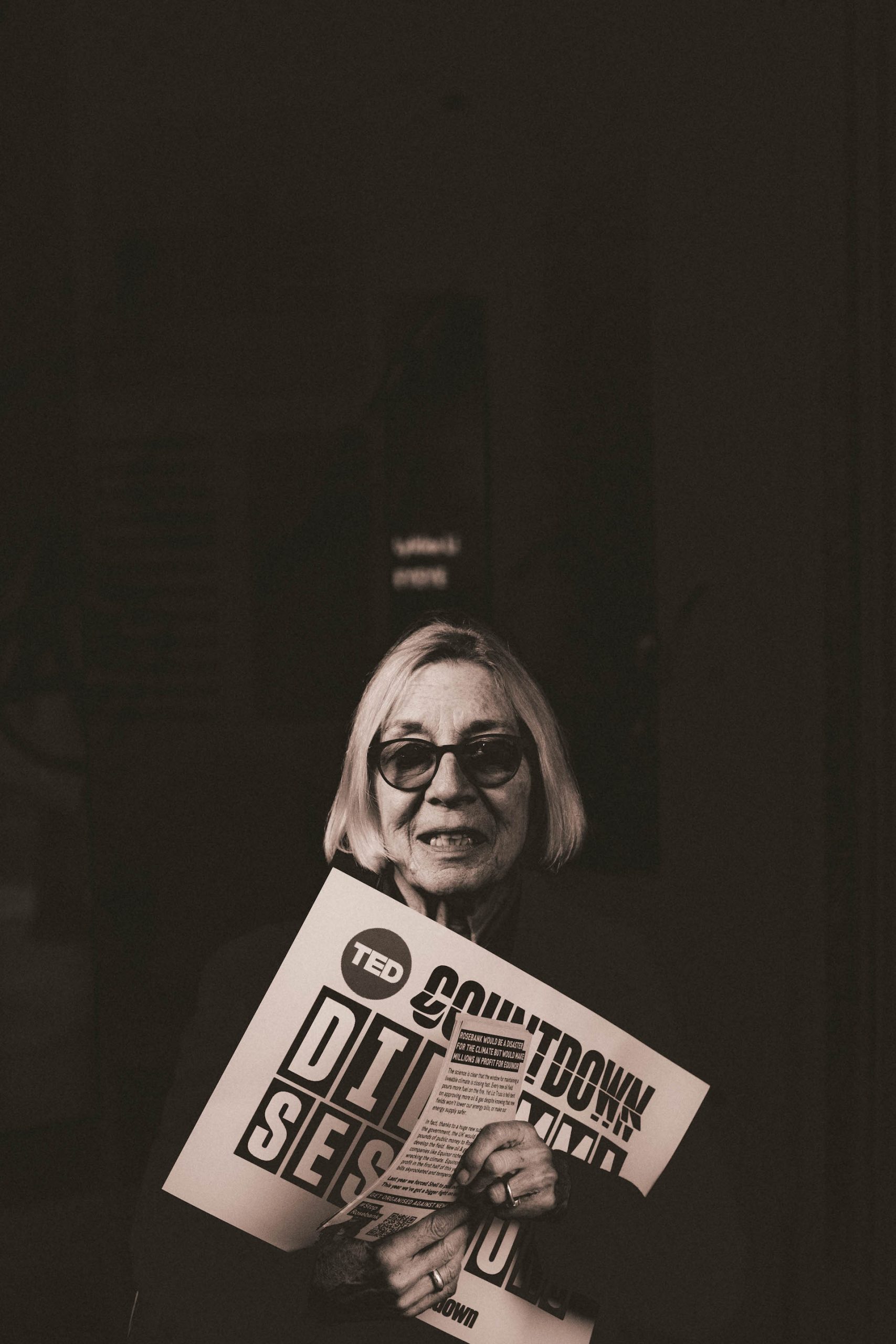 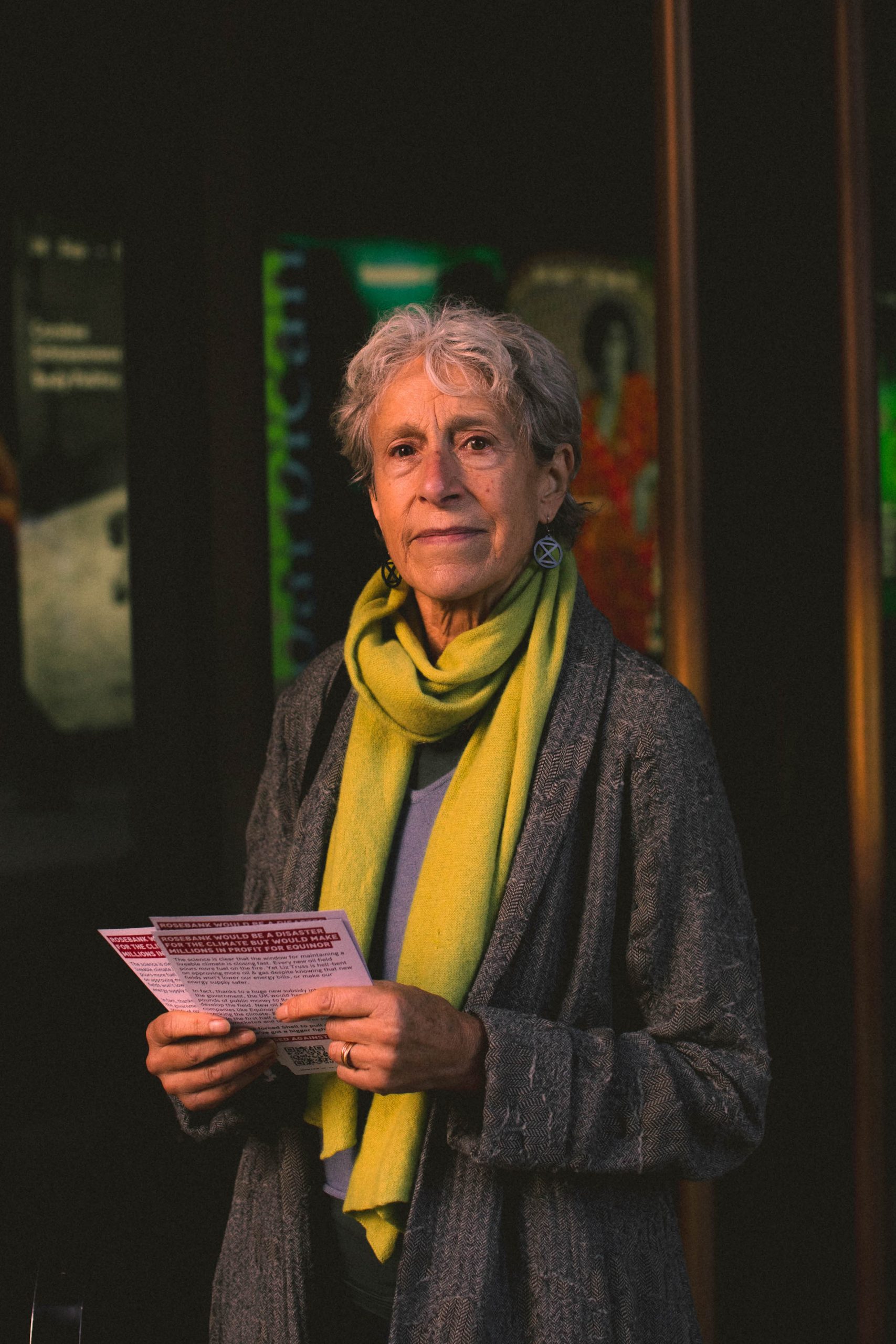 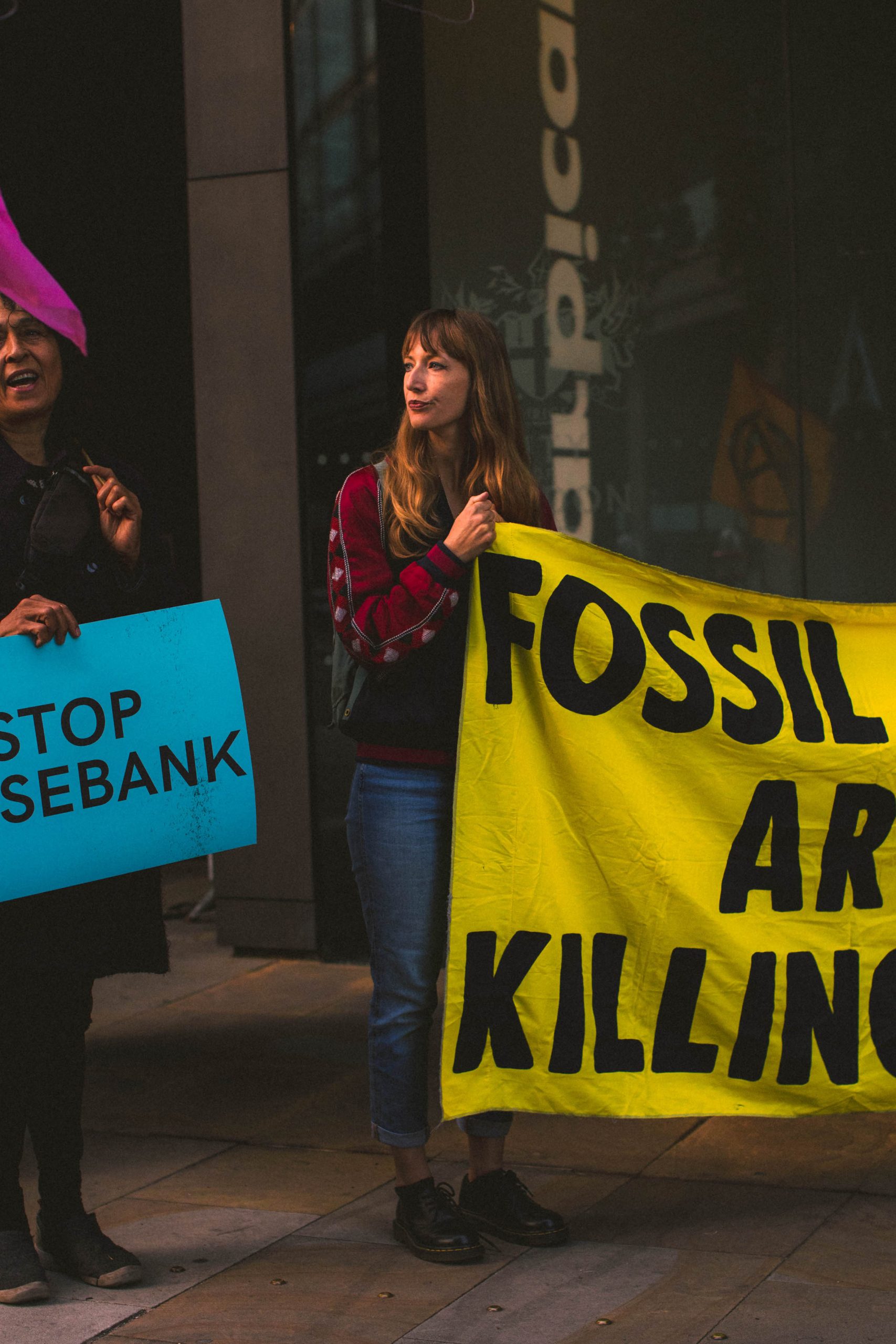 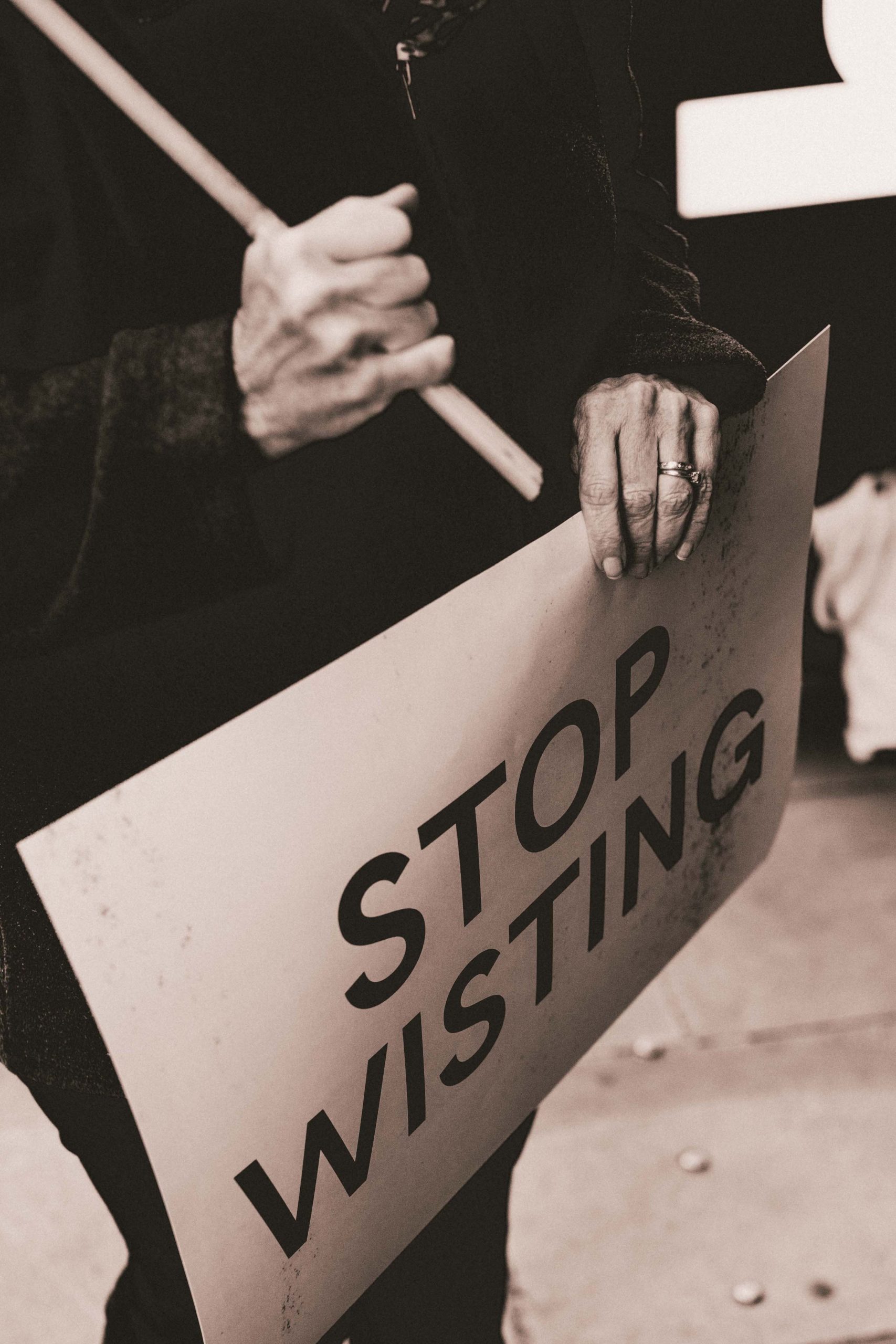 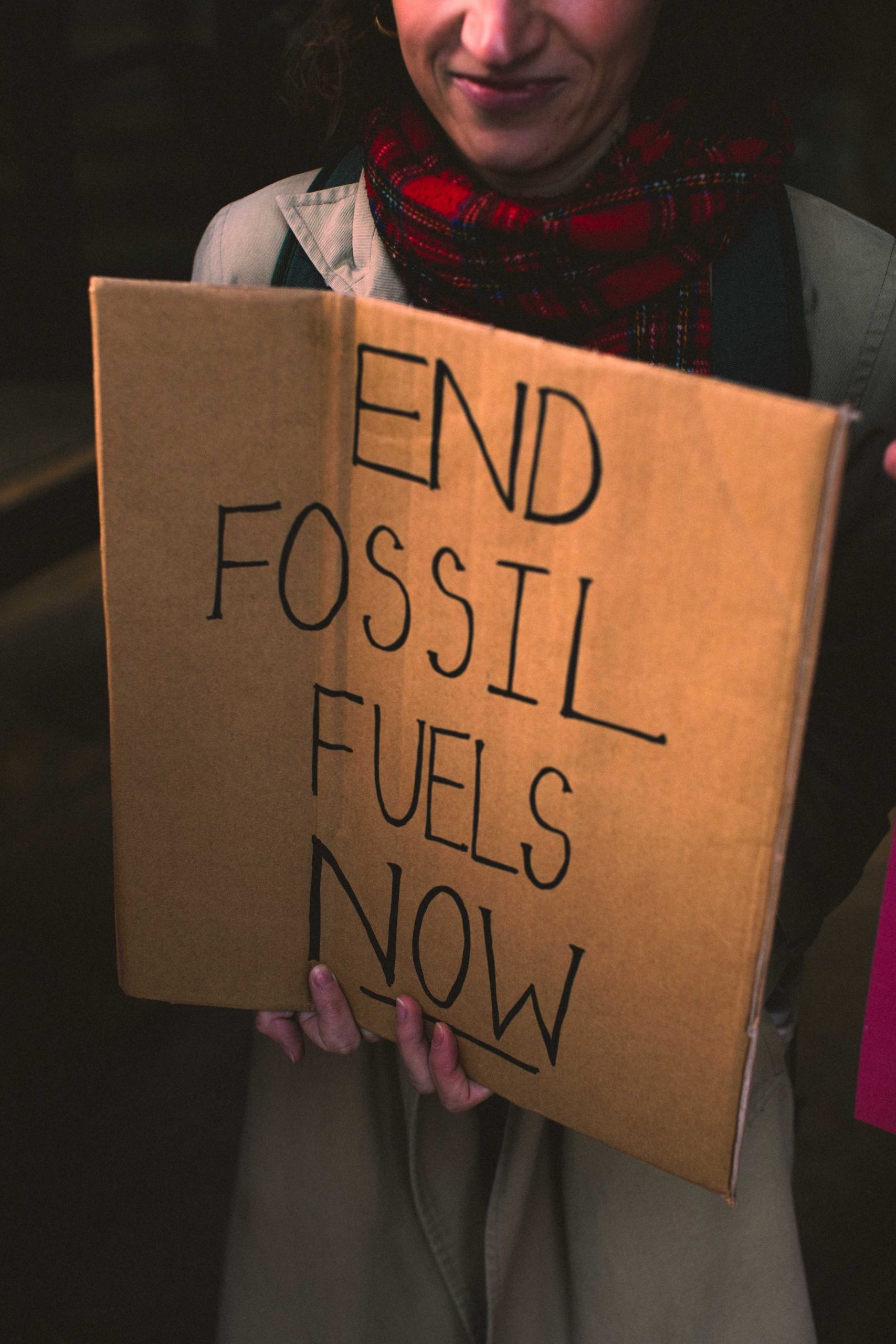 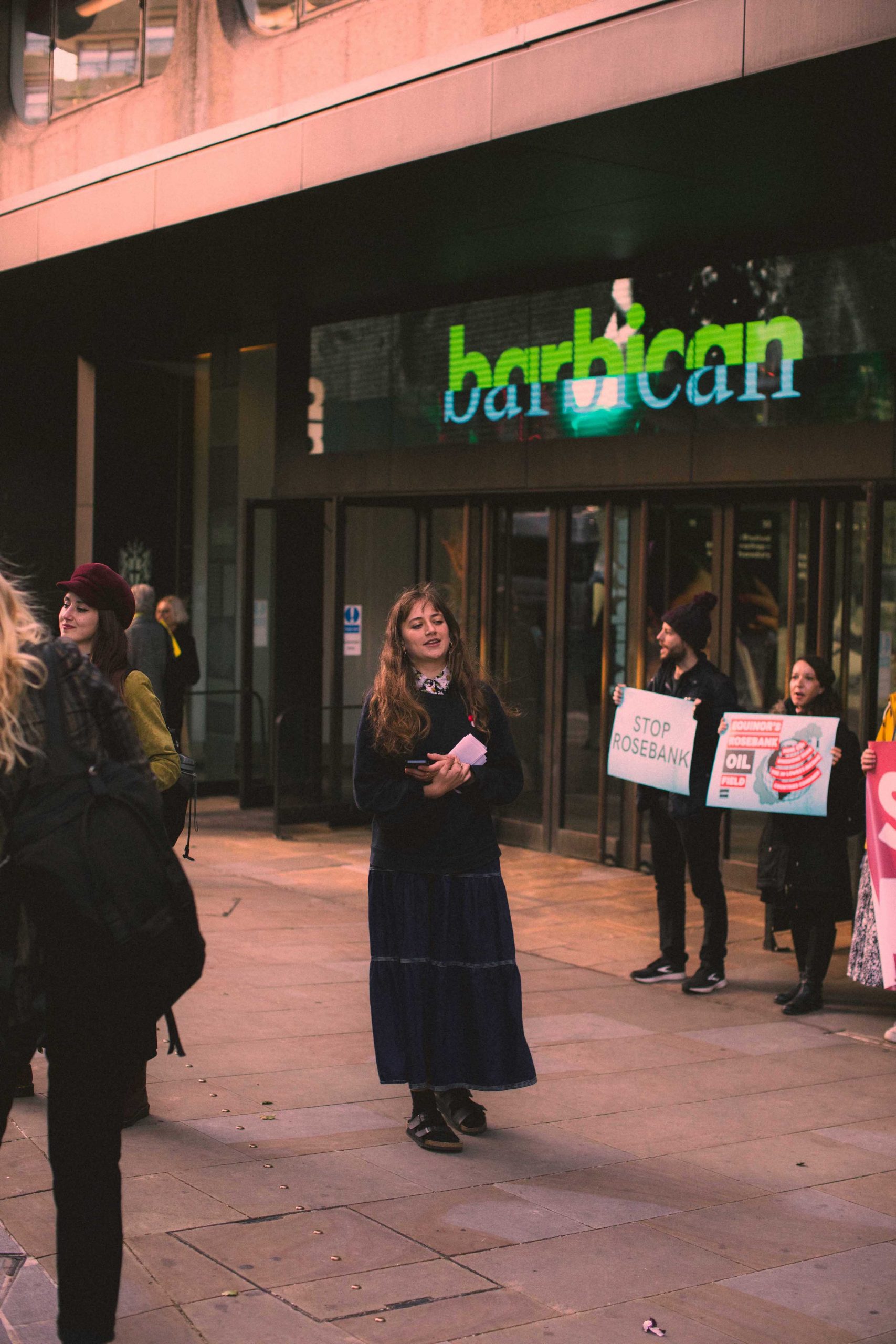 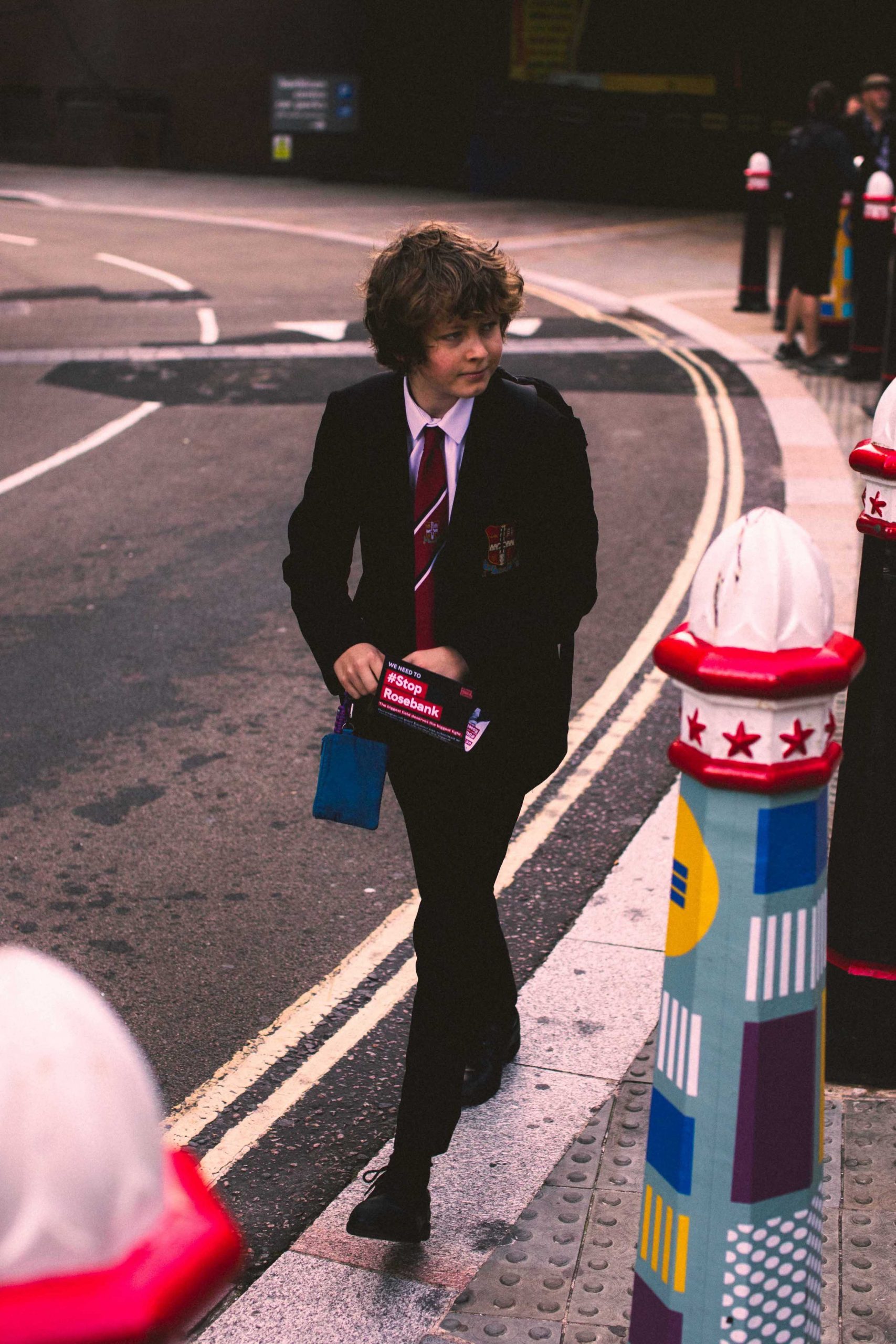 Linkedin
RELATED ARTICLES
OTHER ARTICLES
Max Miechowski reflects on documenting land that is being lost to the sea – and the people who live life on the edge.
Meg Handler’s photos capture diverse groups of New Yorkers coming together for the collective cause of civil rights.
The photographer describes taking inspiration from Magnum photographers to craft an intimate and revealing portrait of the city.
Recent research is highlighting the drug’s enormous potential for treating substance abuse.
How the sounds of nature, air force bases, walking across the country, Windrush and synthesisers have influenced one woman’s journey through music and life.
A campaign seeking to prevent future injustices where there is state involvement is gaining momentum, with Labour recently pledging its support.