News & Politics / Protestors rally in Whitehall in support of Ukraine 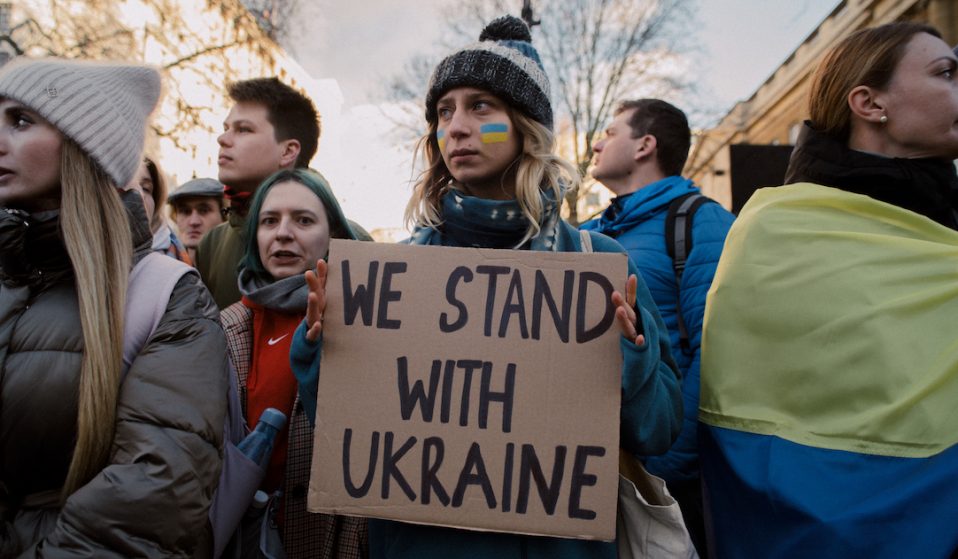 In the wake of Thursday’s invasion, hundreds gathered outside Downing Street to call for tougher sanctions on Russia.

In the wake of Thursday’s invasion, hundreds gathered outside Downing Street to call for tougher sanctions on Russia.

Yesterday (24 February), after weeks of build up and speculation, Russia invaded Ukraine. Hundreds of shells, bombs and missiles were dropped on targets across the country with every major Ukrainian city taking fire. So far, 137 have been confirmed dead by Ukrainian President Volodymyr Zelensky. He confirmed that a further 316 people had been injured.

The bloody and brutal day saw hundreds of thousands pack the roads to try to escape advancing Russian troops. The invasion, which Russian President Vladimir Putin has spent much of the last month denying would happen, has been met with outrage and condemnation across the world with heavy sanctions imposed upon Russia.

In 40 towns and cities across Russia last night, thousands took to the streets to demonstrate against the war. More than 1700 people were detained for their parts in the protests which saw crowds gather in Moscow and St Petersburg chanting “no to war”.

In cities across the world, protestors gathered to echo the message. This included in London, where protestors rallied outside Downing Street in support of Ukraine and to call for tougher sanctions on Russia. Many were clad in Ukraine’s national colours of yellow and blue, chanting slogans such as “Hands off Ukraine” and “Stop Putin, stop the war”, and holding placards condemning Vladimir Putin as a war criminal. Photographer Aiyush Pachnanda was there to capture the action. 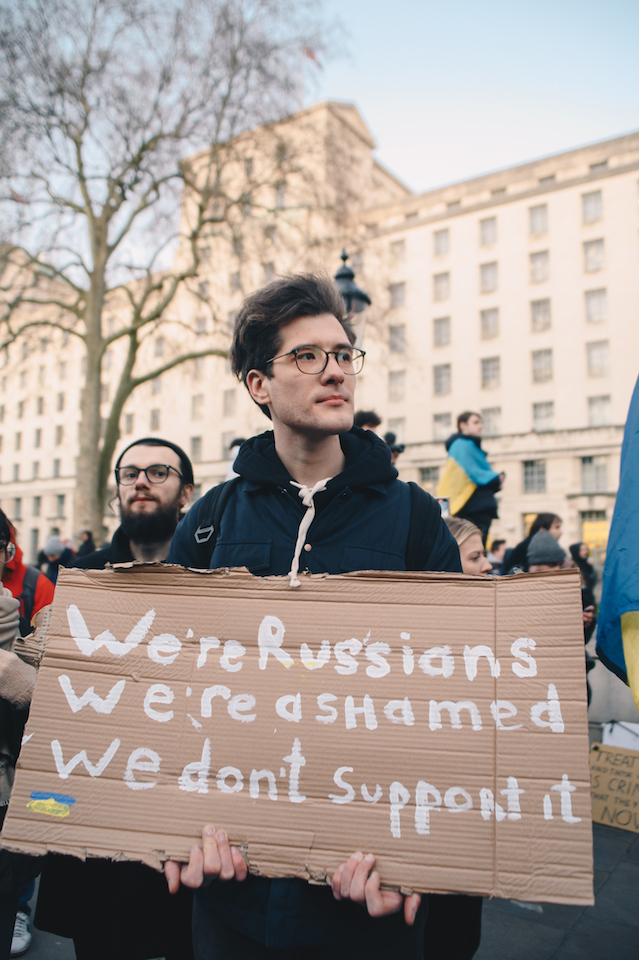 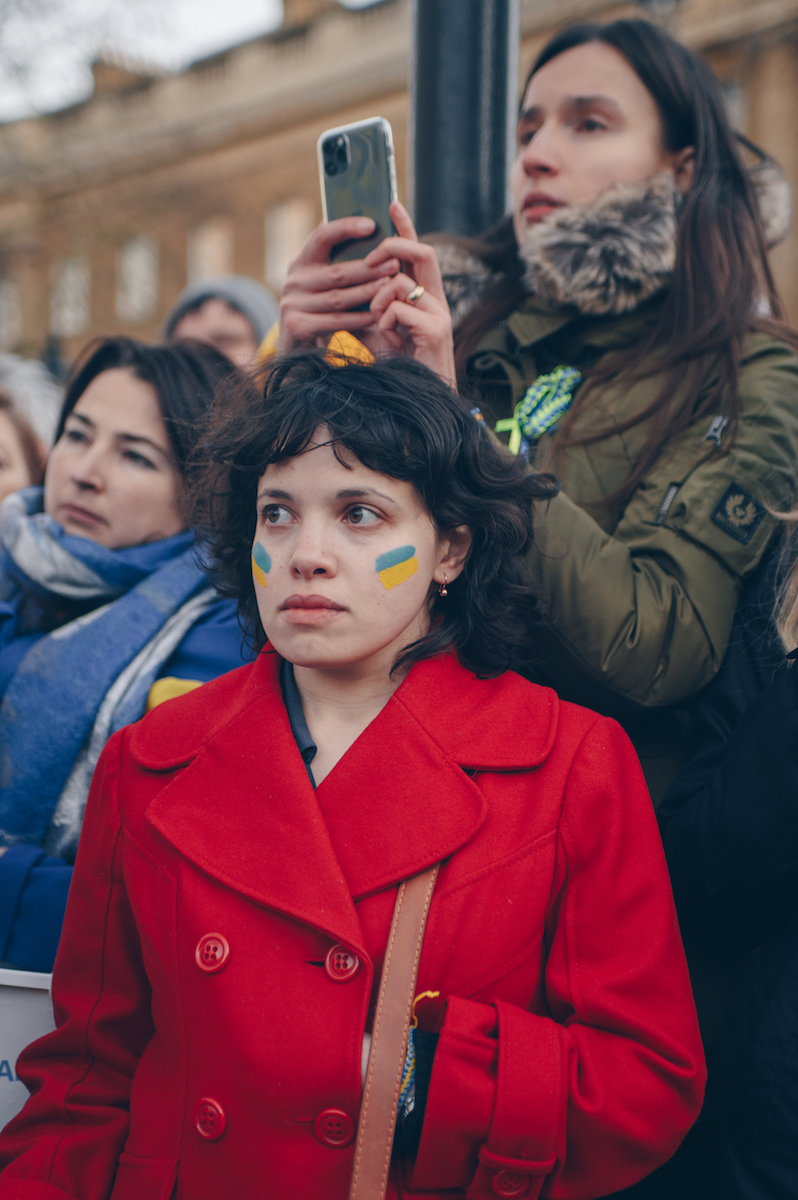 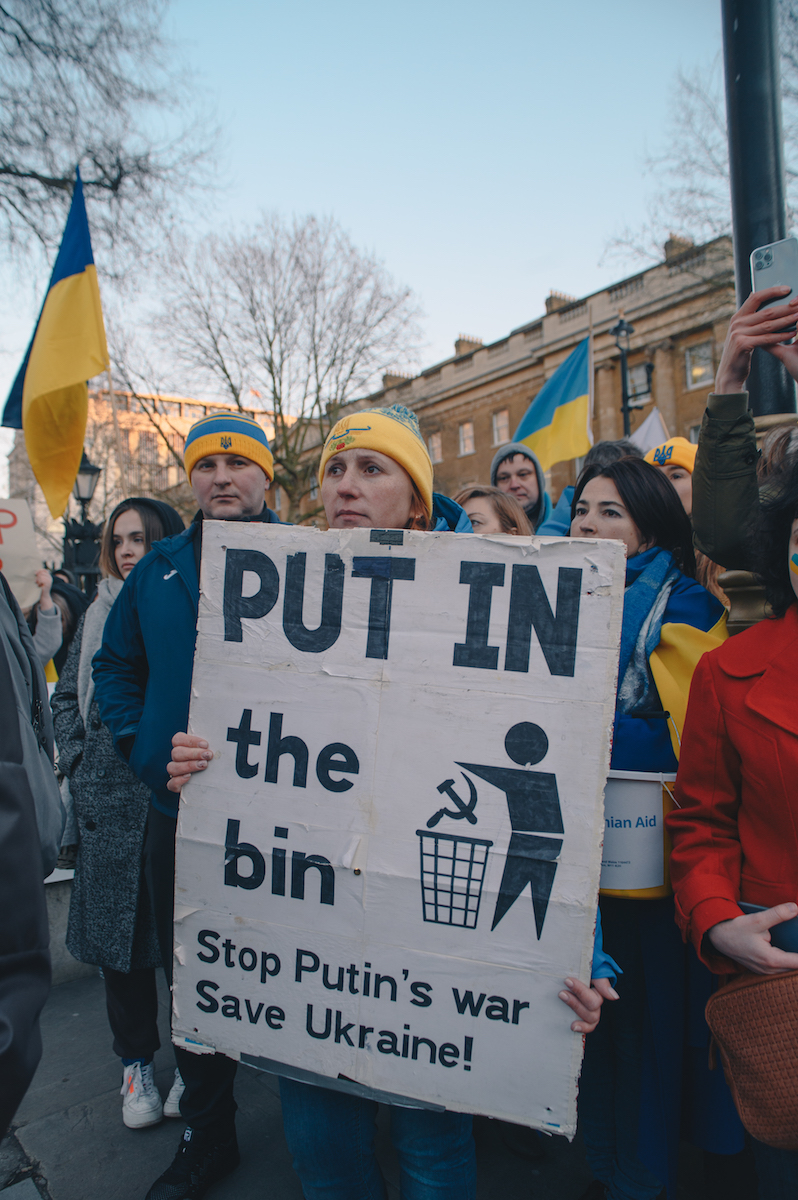 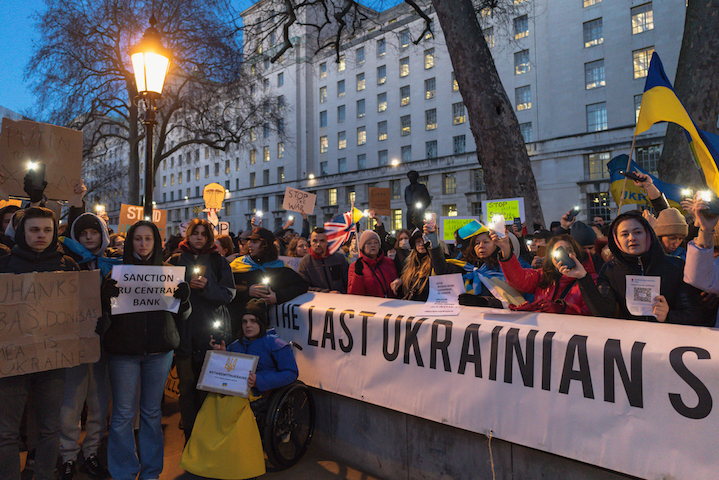 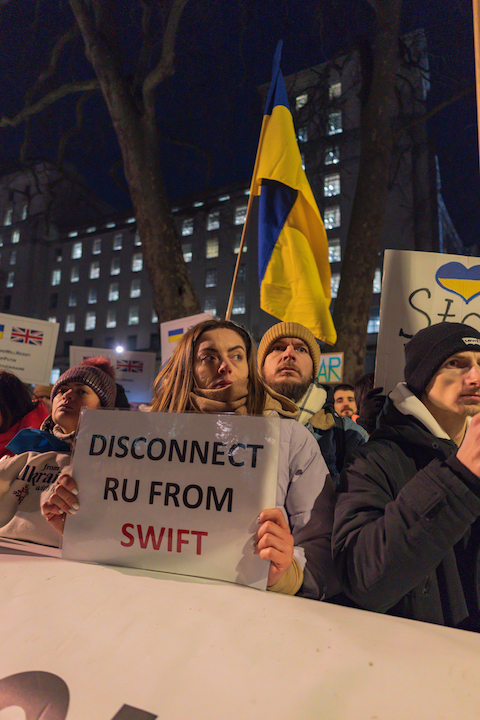 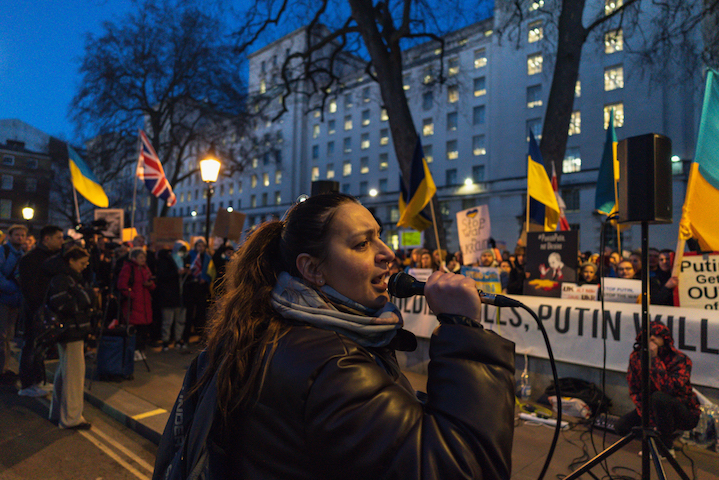 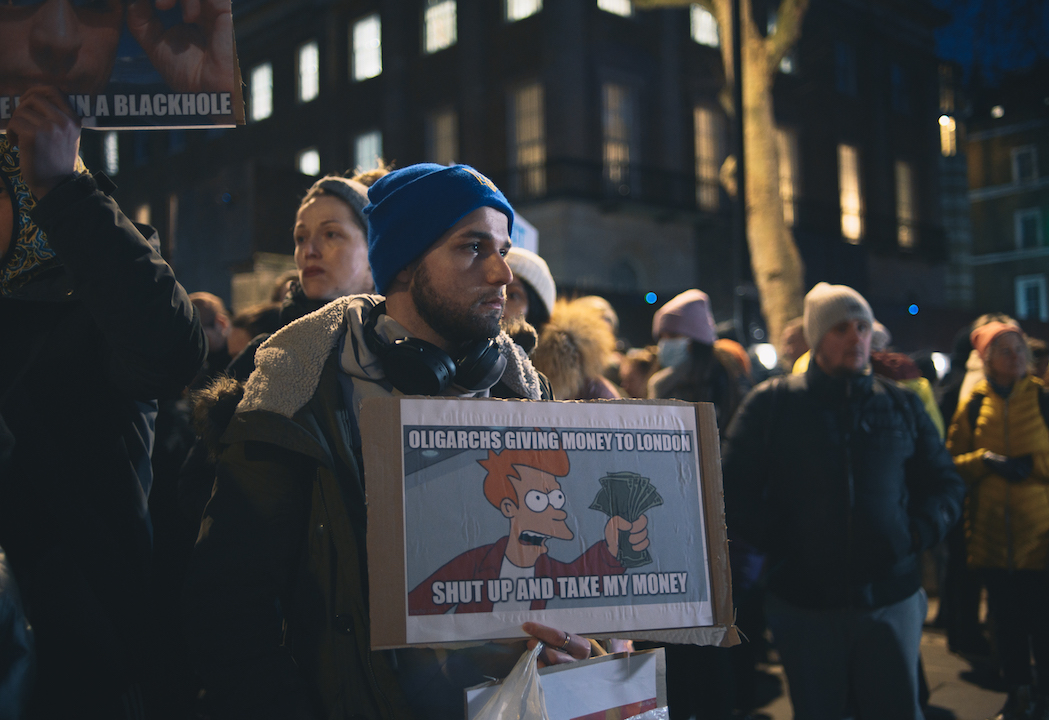 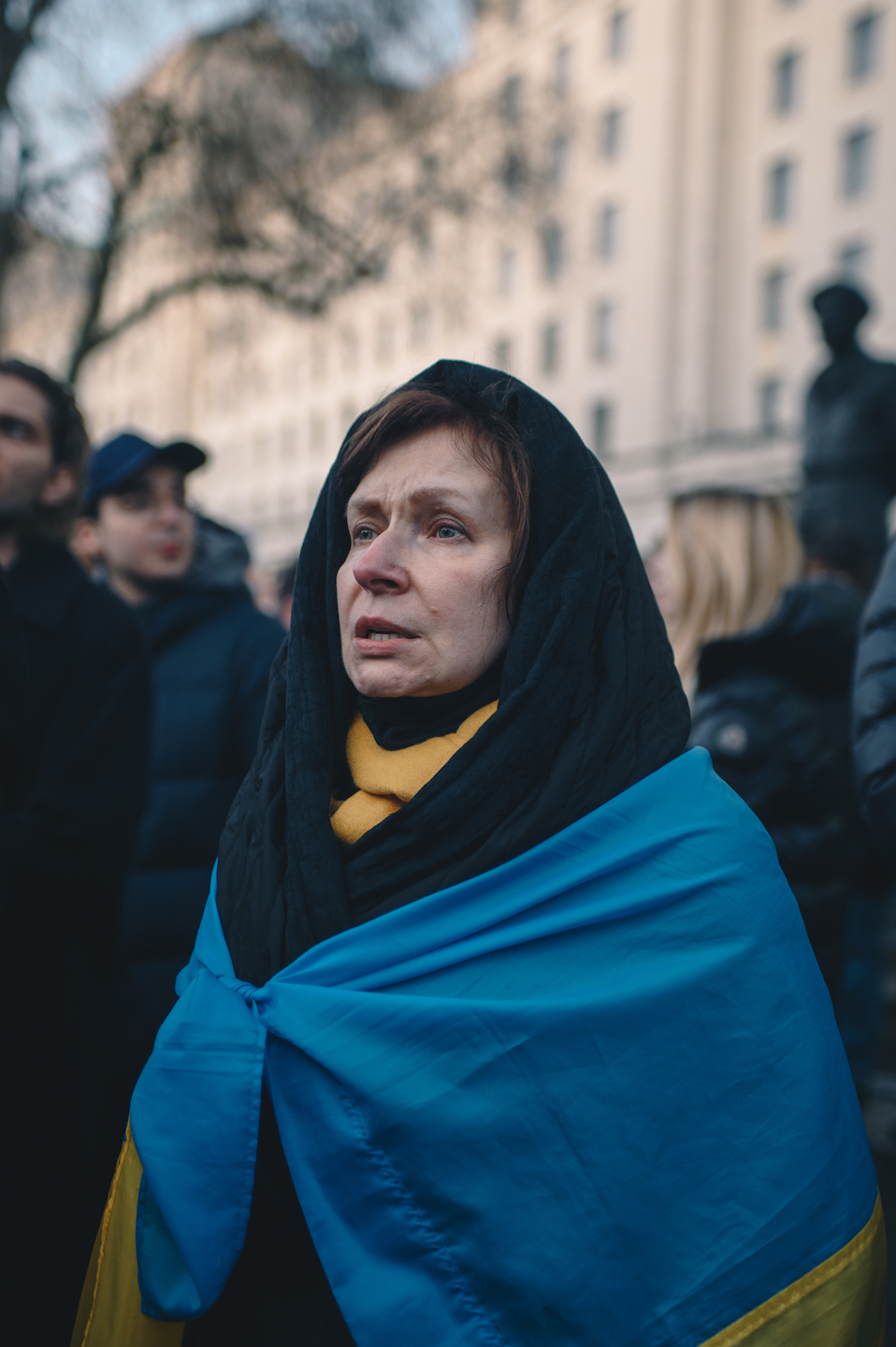 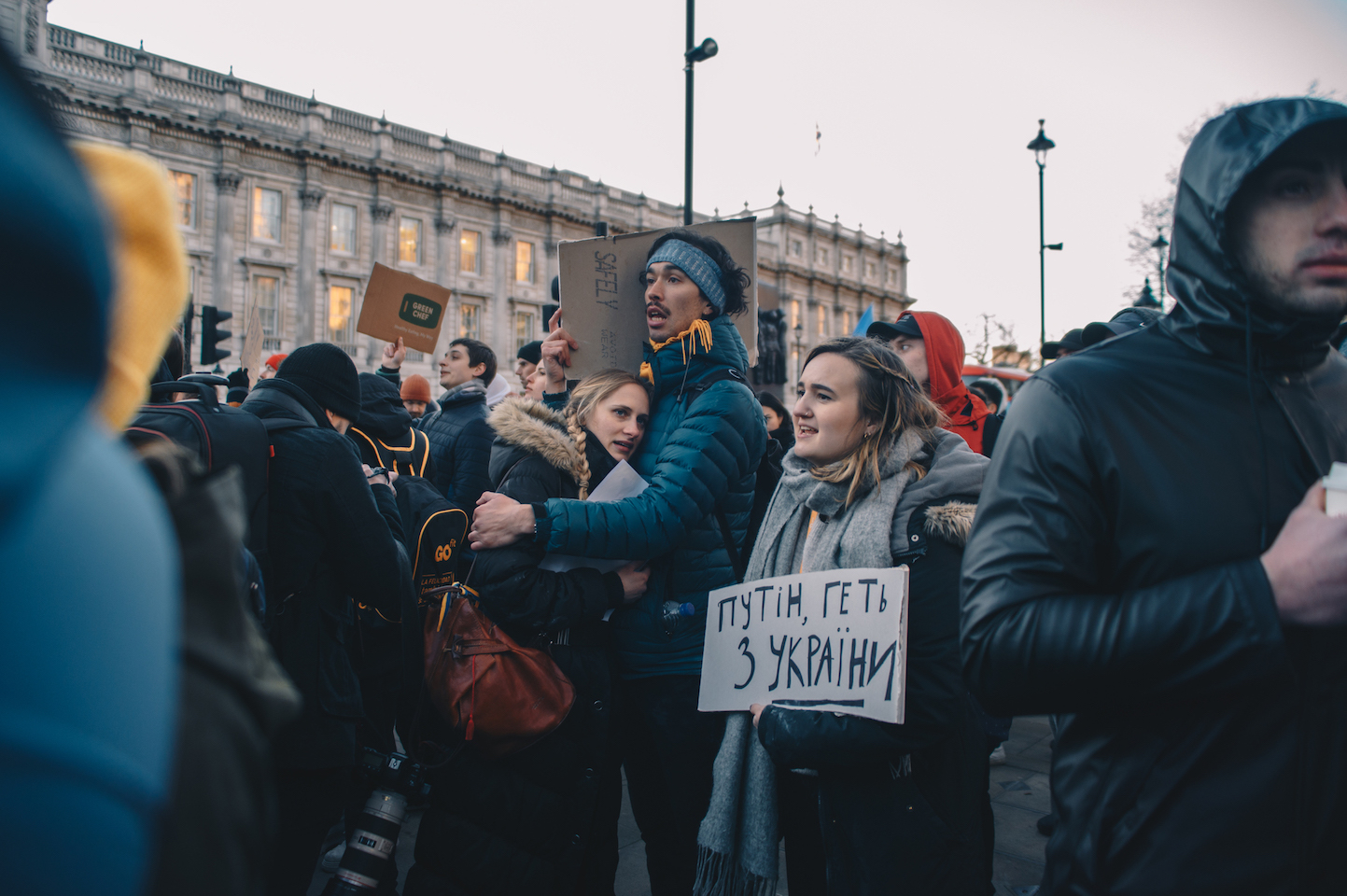 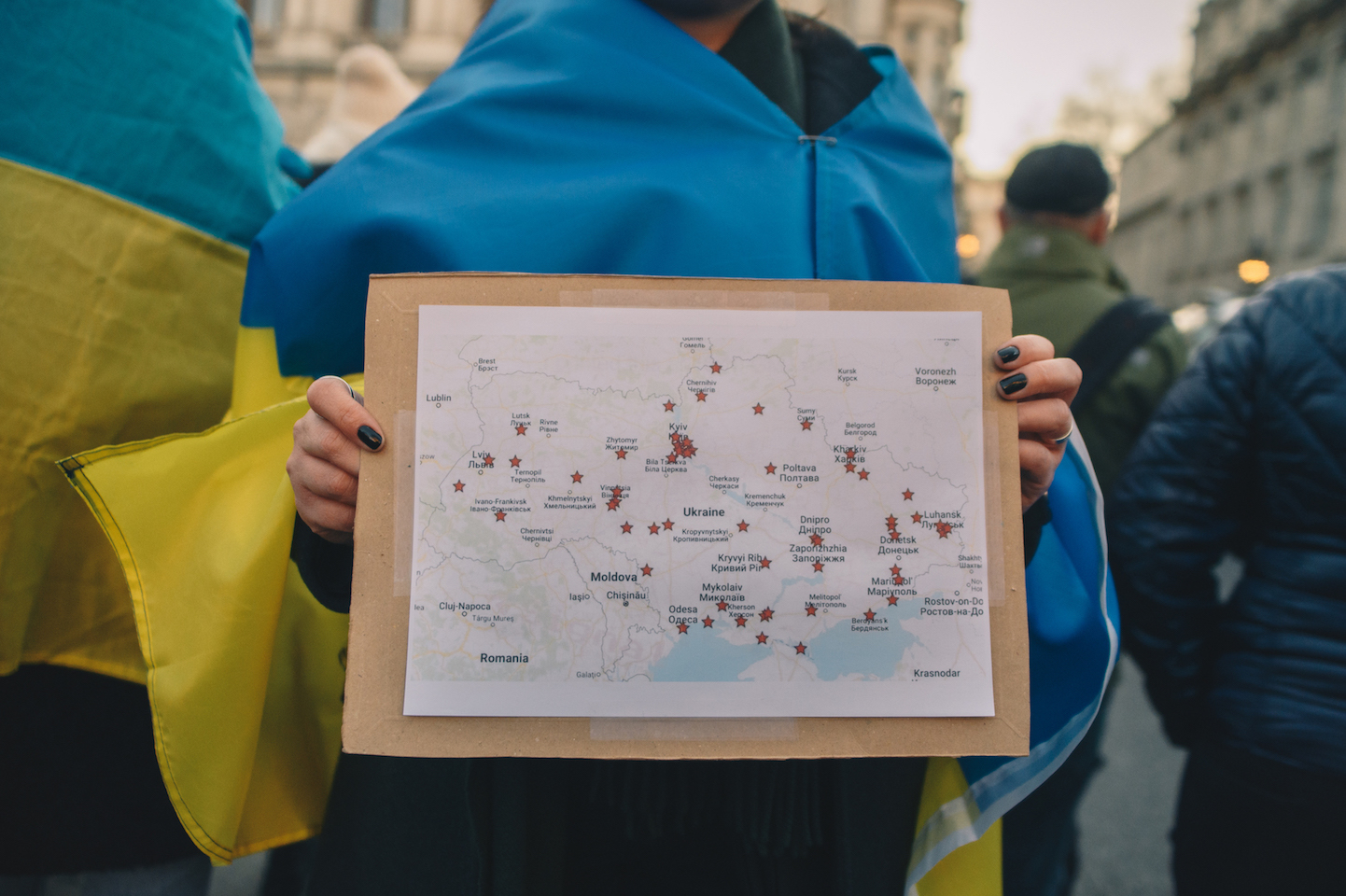 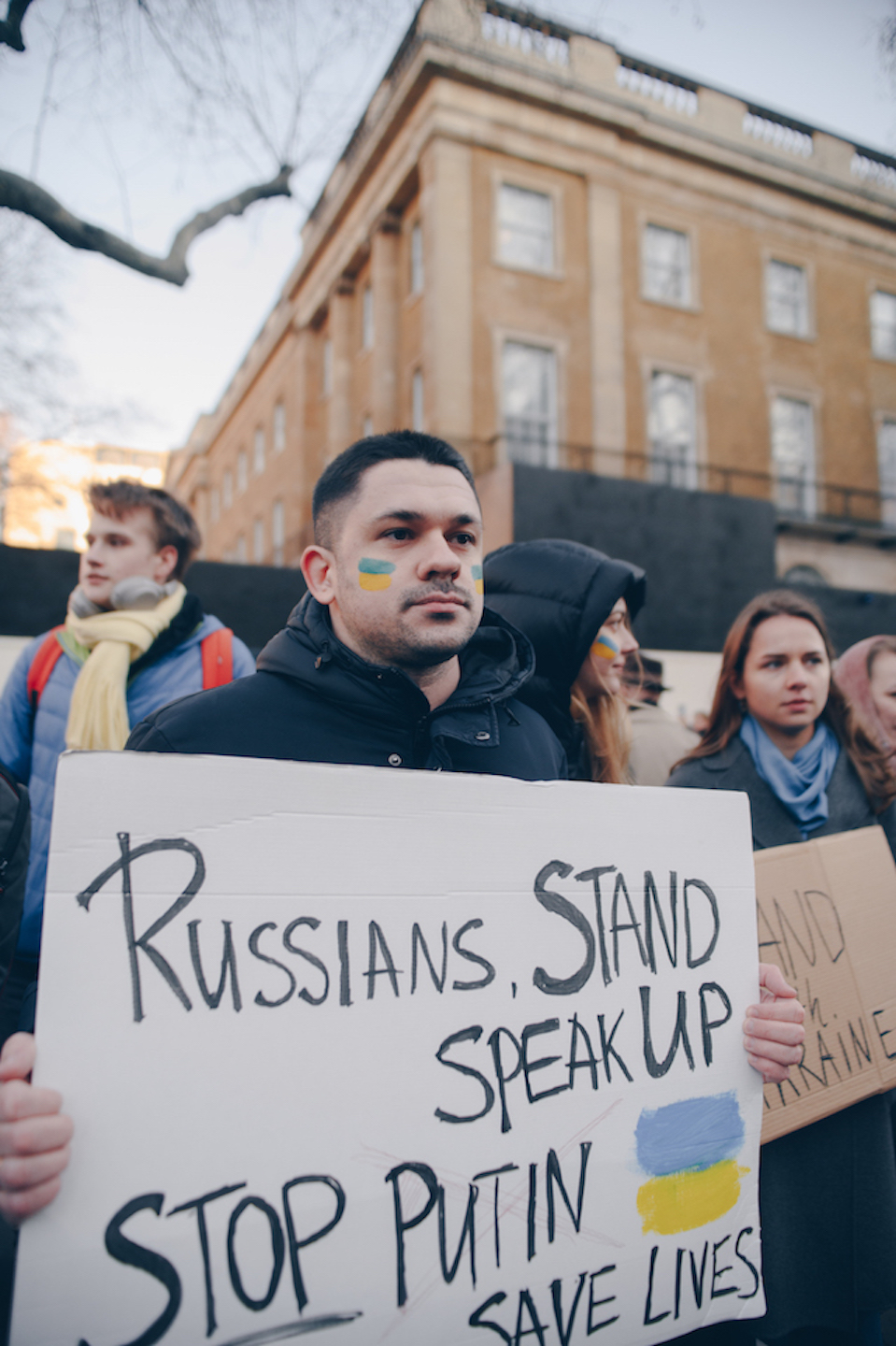 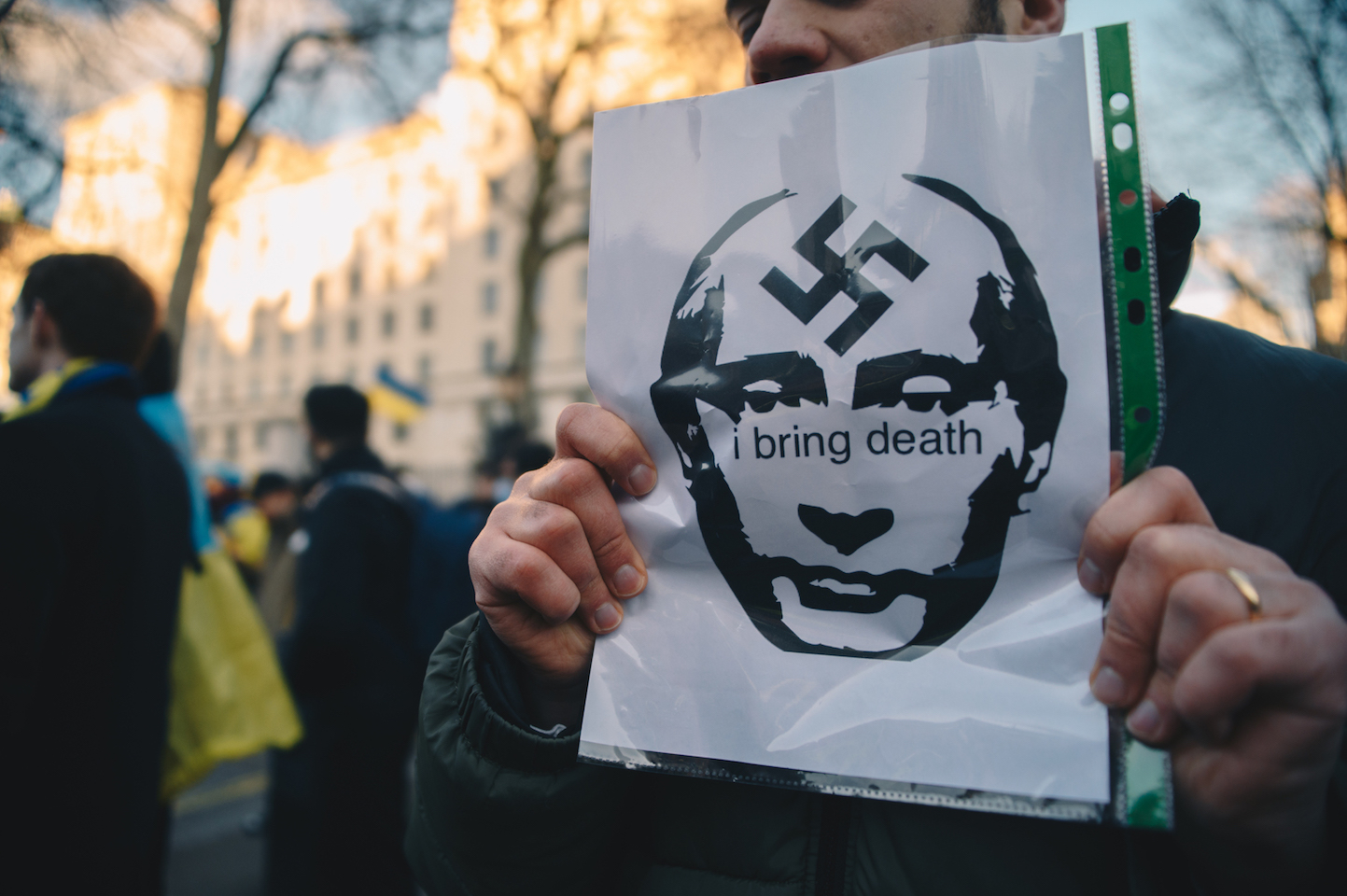 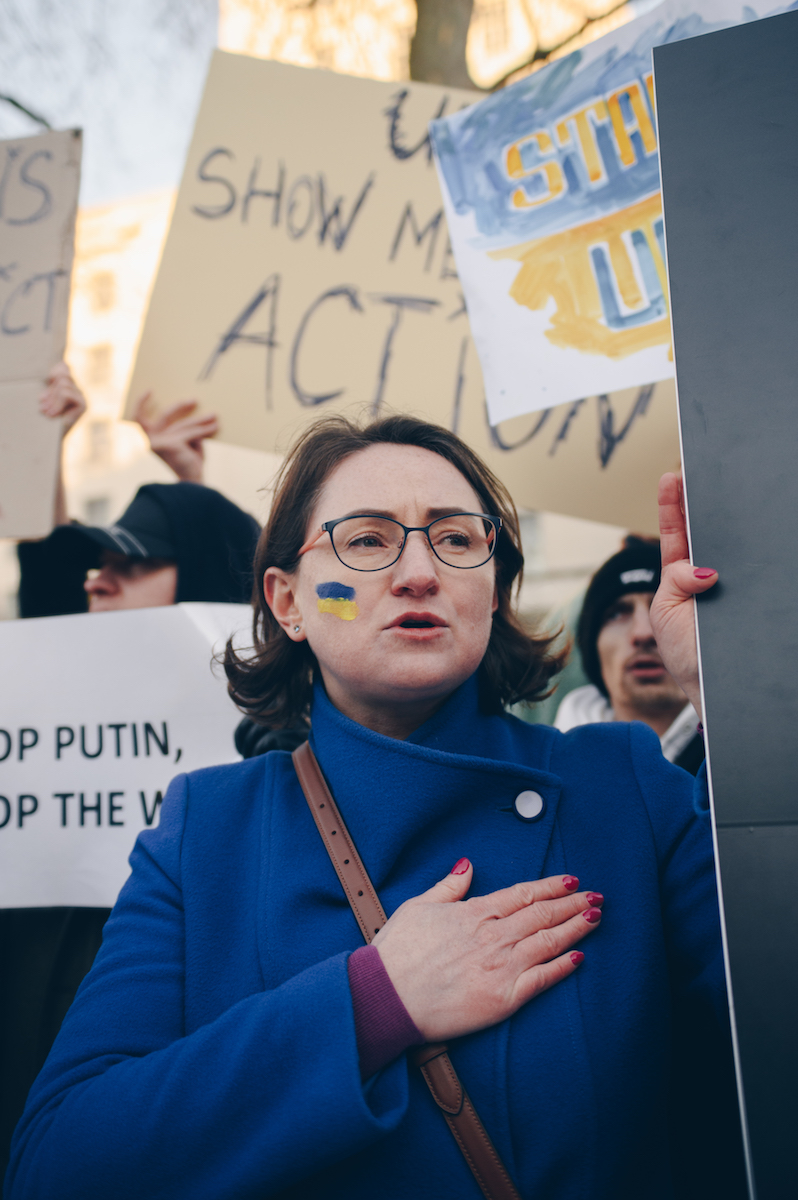 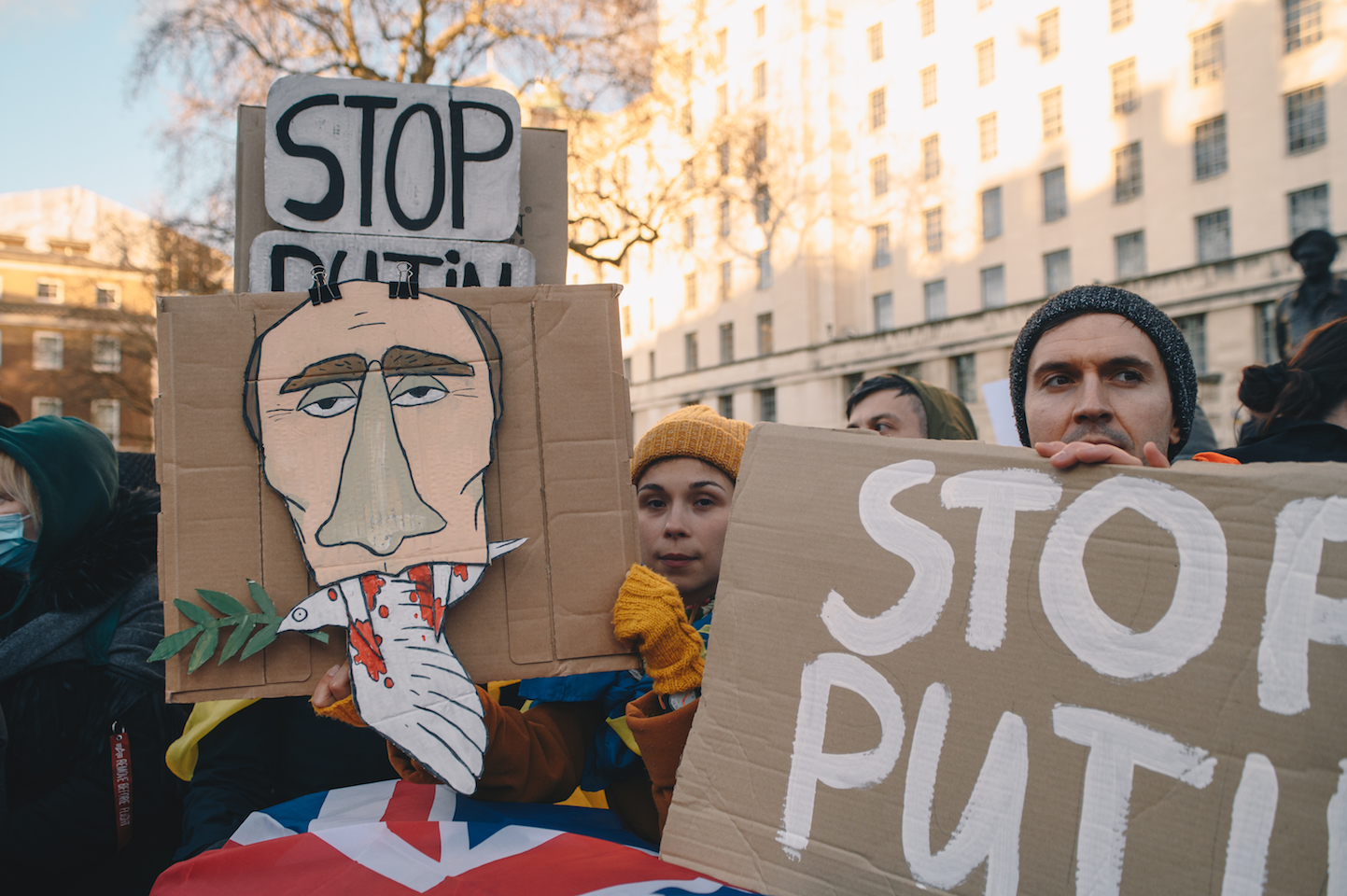 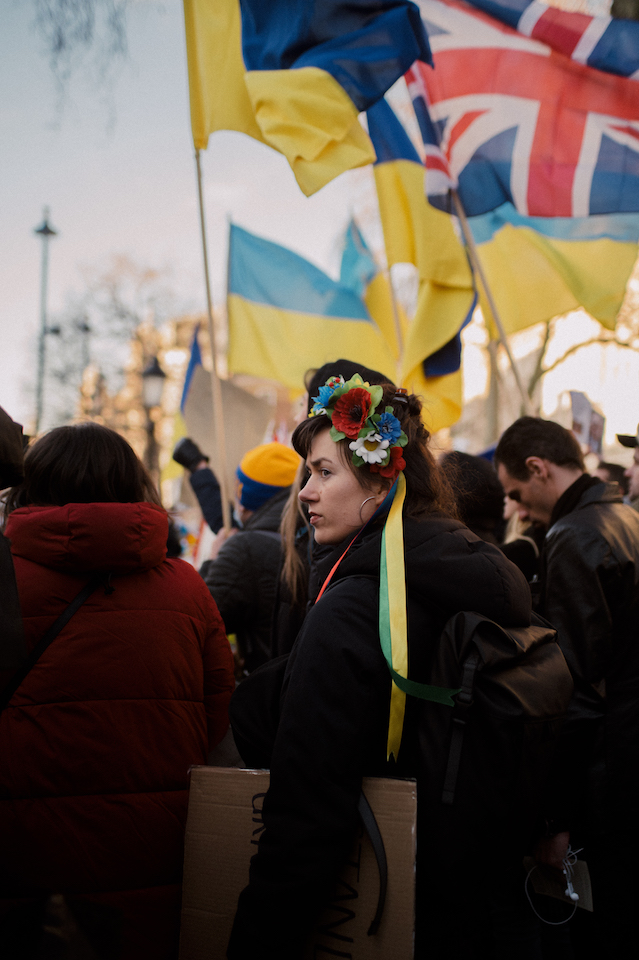 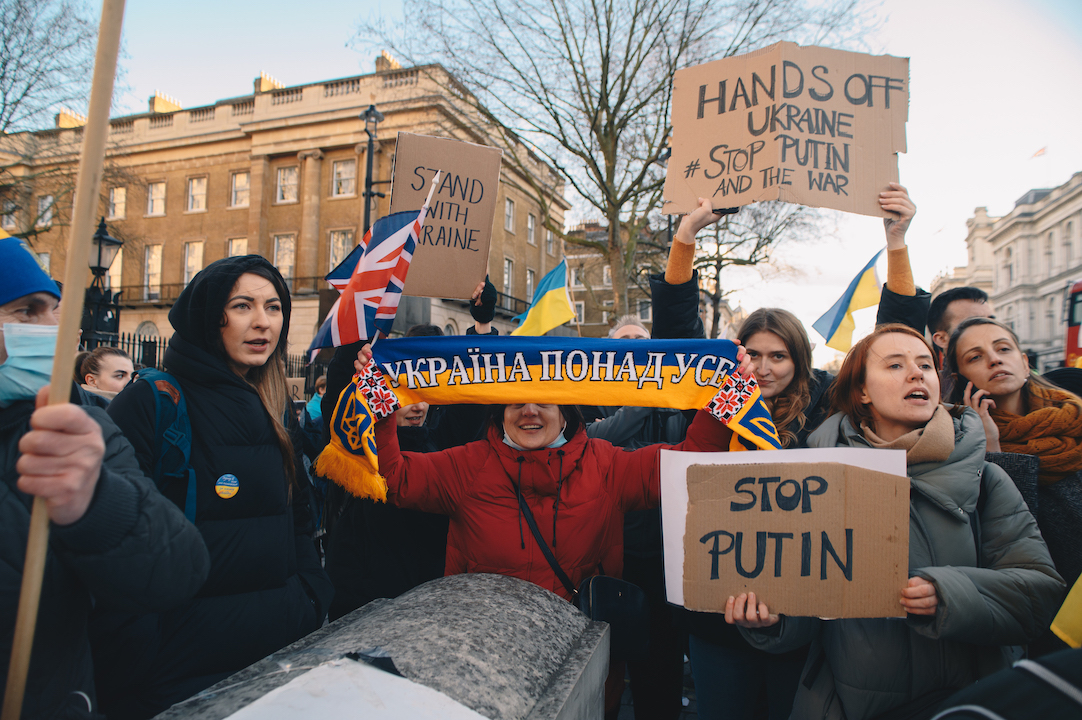 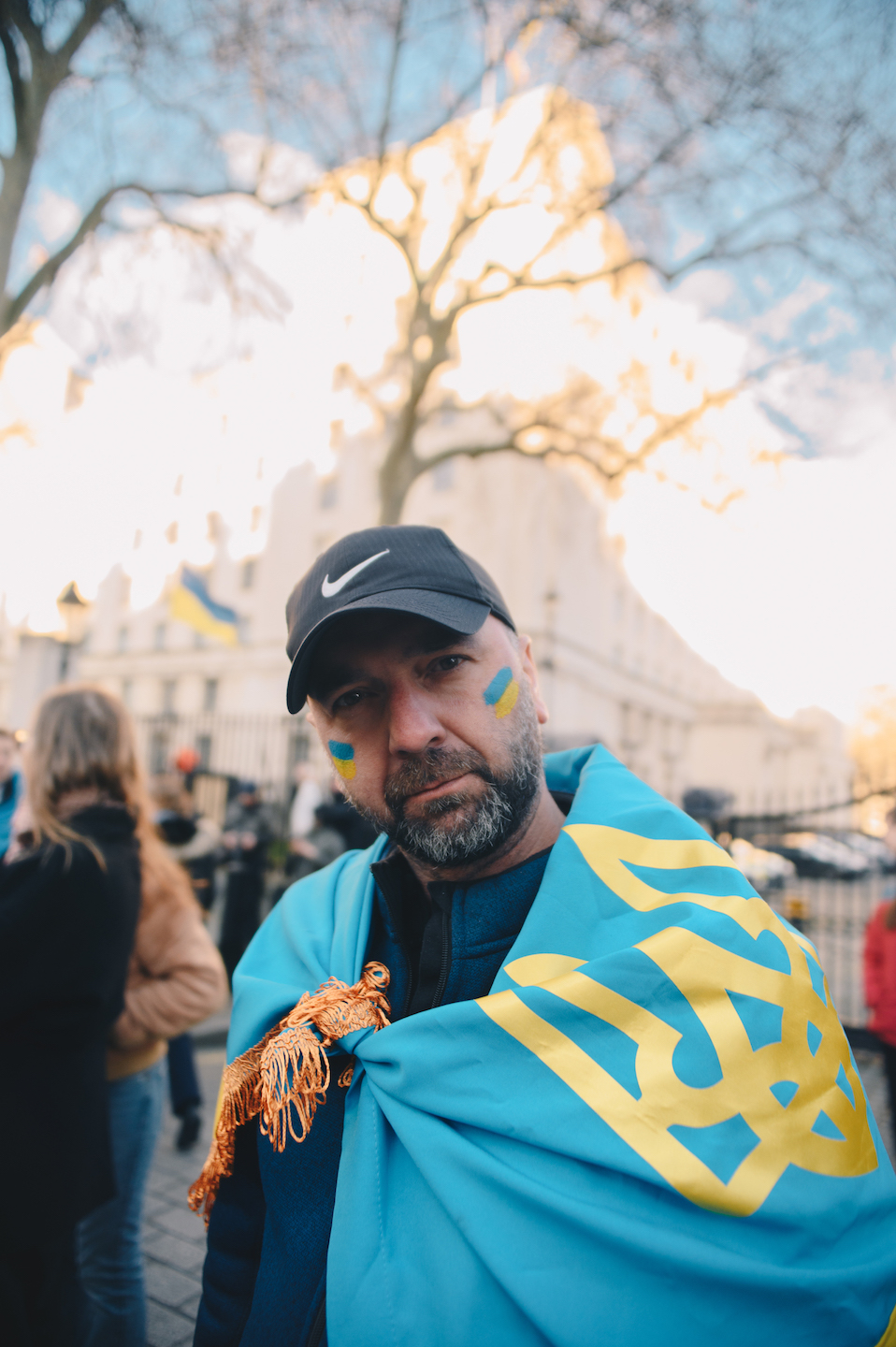 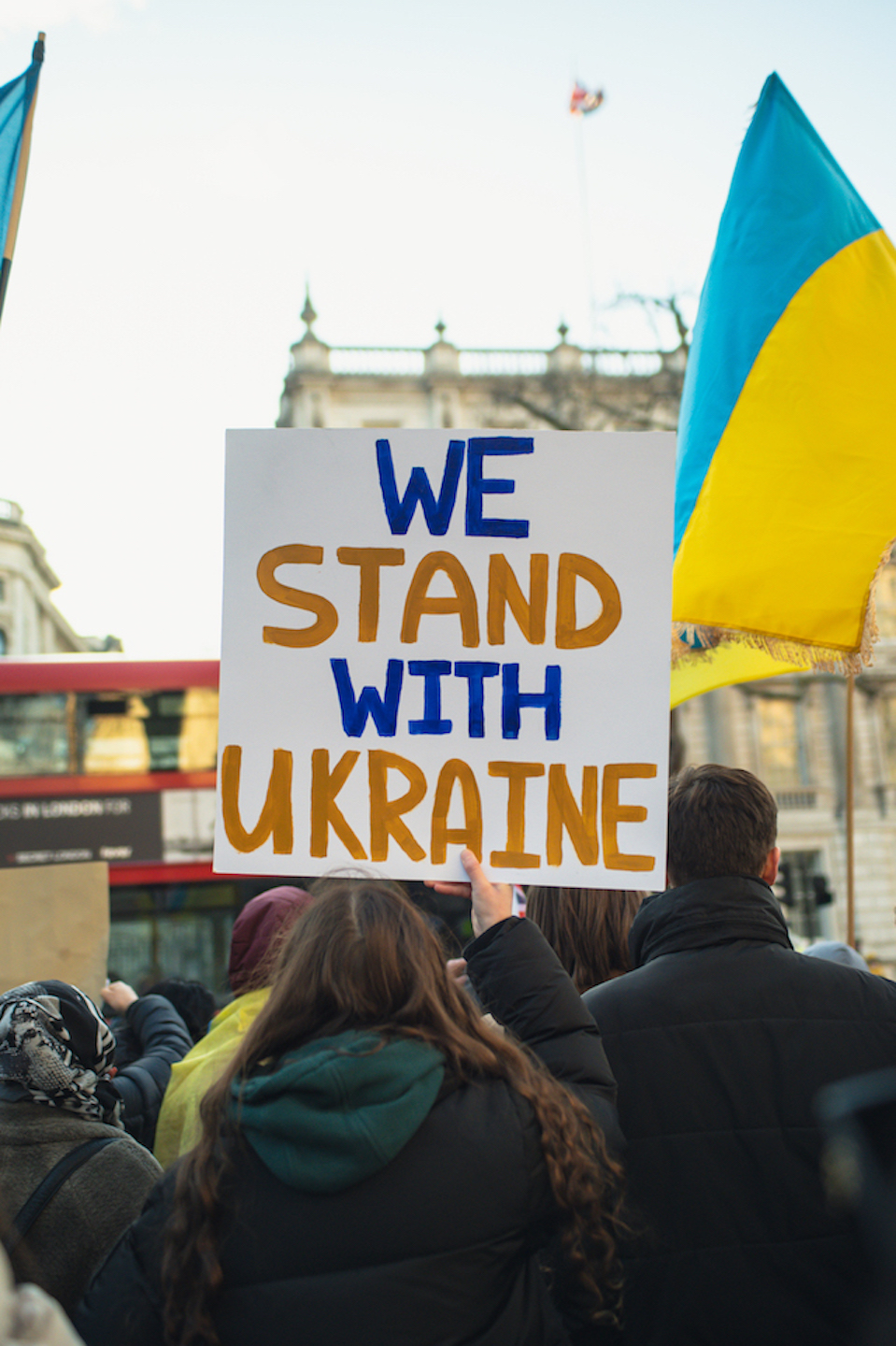 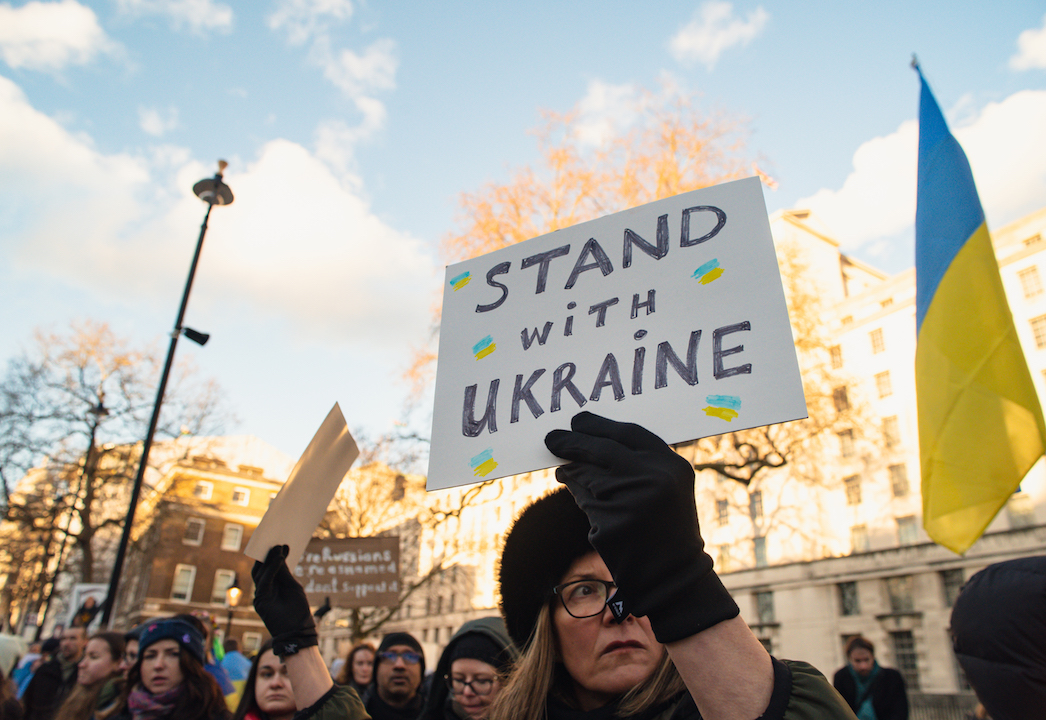 Linkedin
RELATED ARTICLES
OTHER ARTICLES
Meg Handler’s photos capture diverse groups of New Yorkers coming together for the collective cause of civil rights.
A new documentary tells the story of an unassuming cul-de-sac of 13 timber framed houses built by Fusions Jameen – London's first Black housing co-op.
The photographer describes taking inspiration from Magnum photographers to craft an intimate and revealing portrait of the city.
Ireland’s national sports are modernising. At the forefront of this movement is Na Gaeil Aeracha, the country’s first ever queer GAA club.
How the sounds of nature, air force bases, walking across the country, Windrush and synthesisers have influenced one woman’s journey through music and life.
A new exhibition is marking the photographer’s 100th birthday with a look back at his extraordinary career.