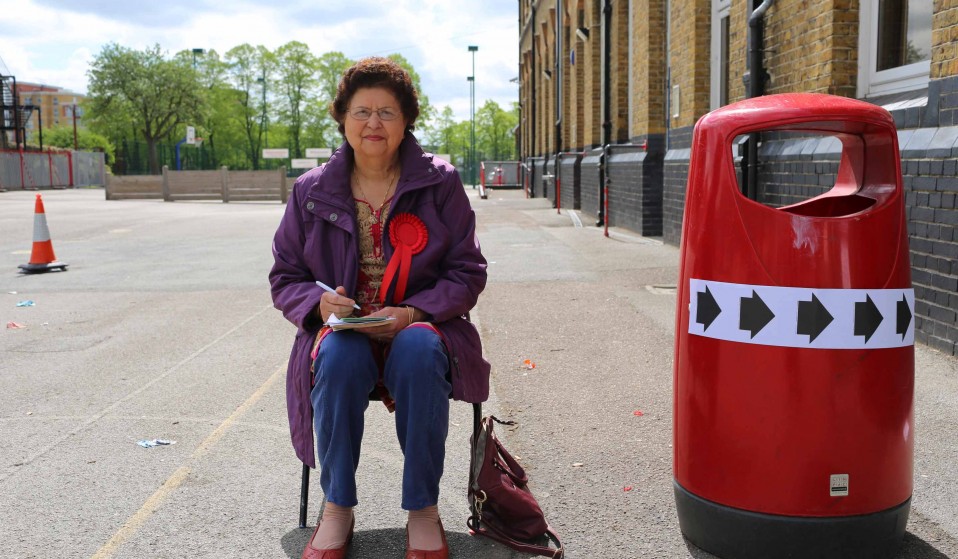 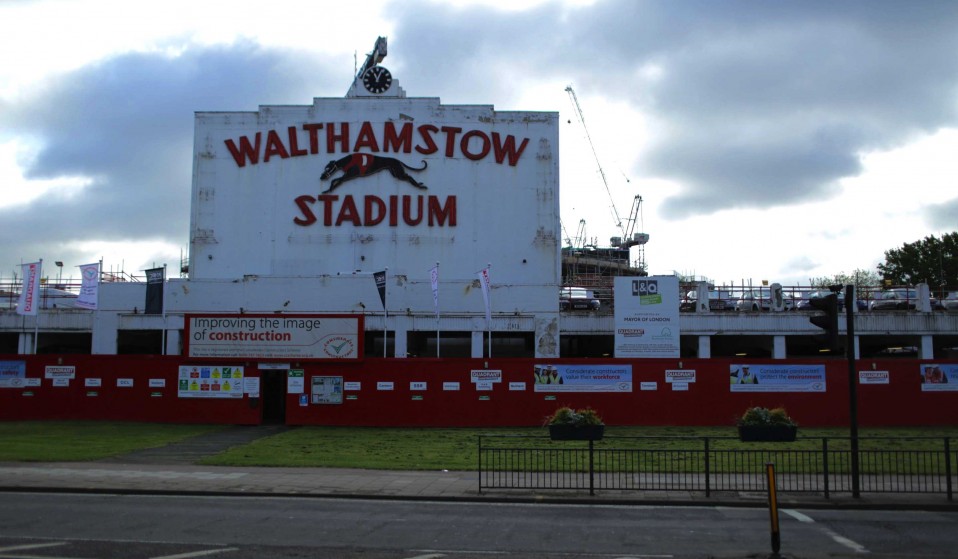 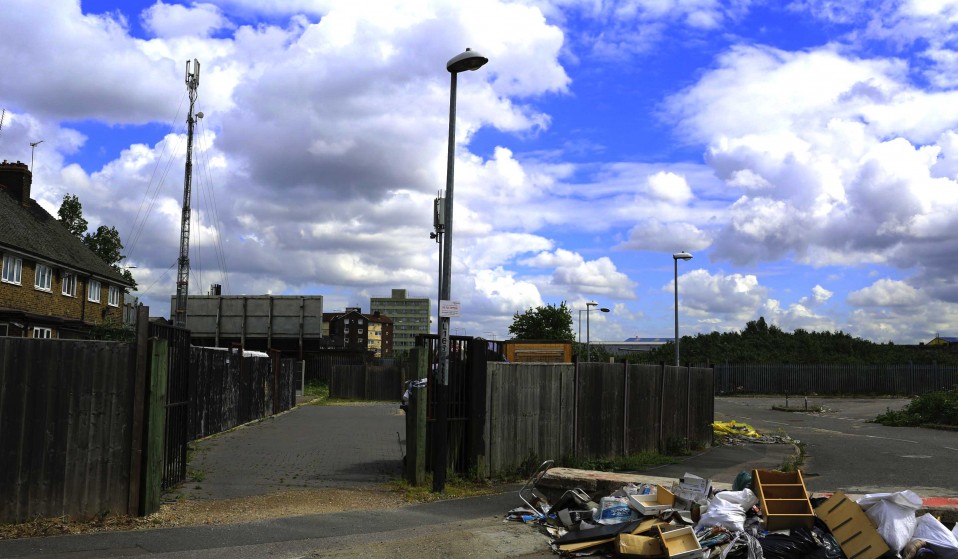 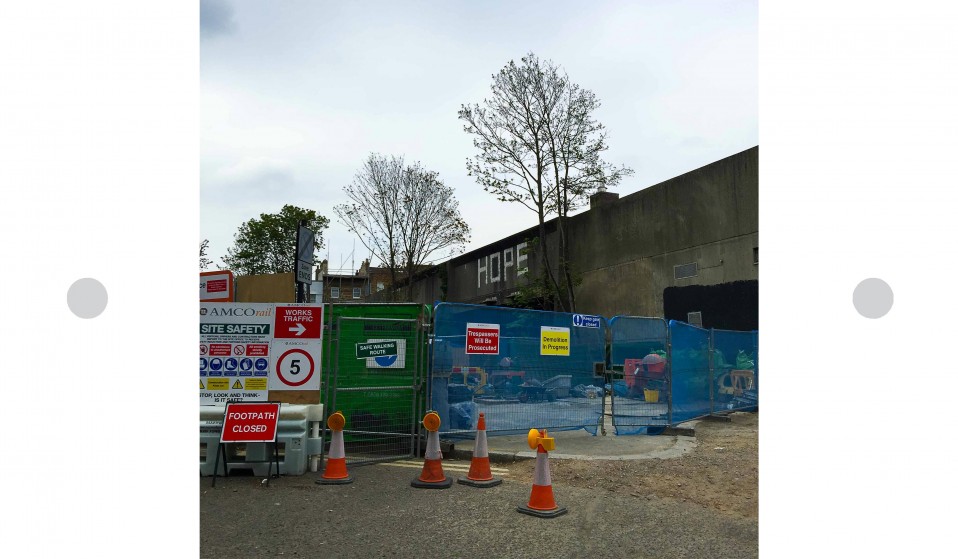 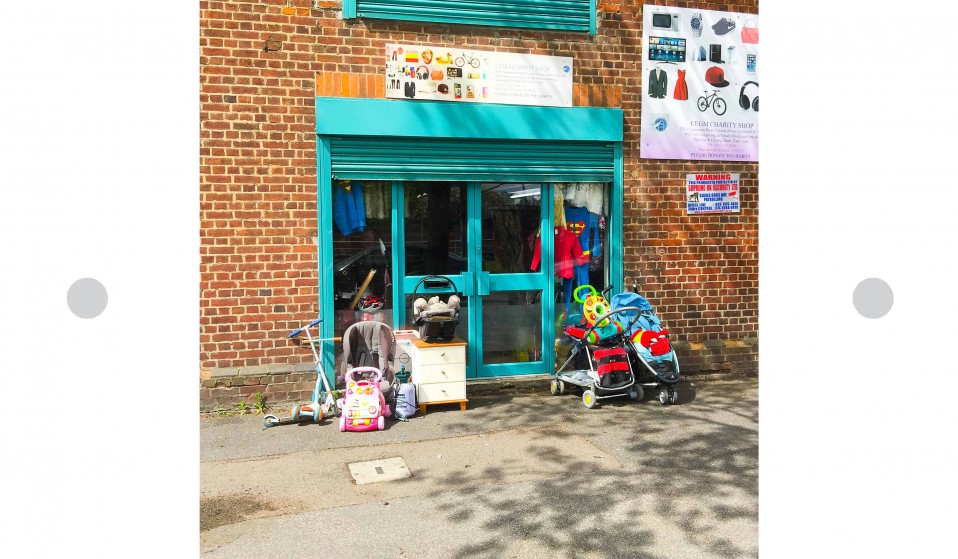 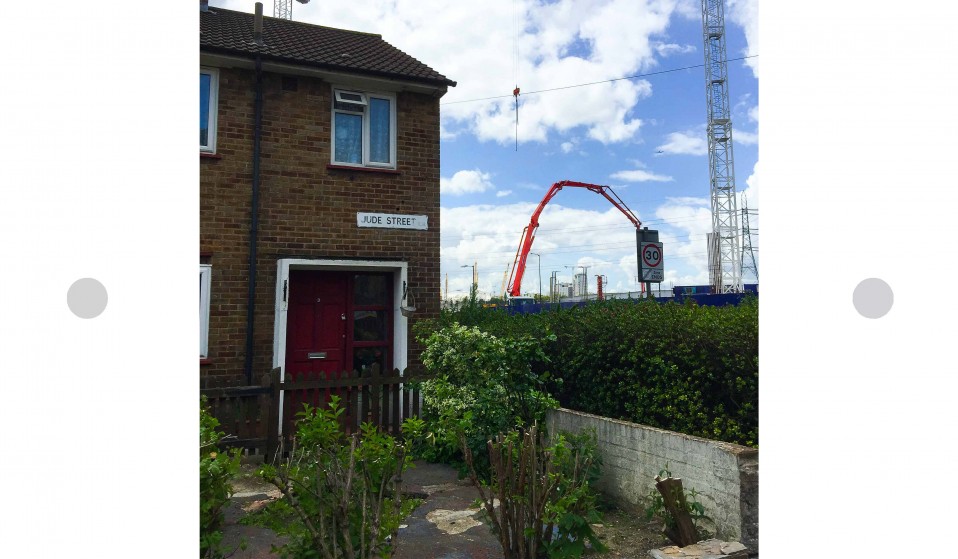 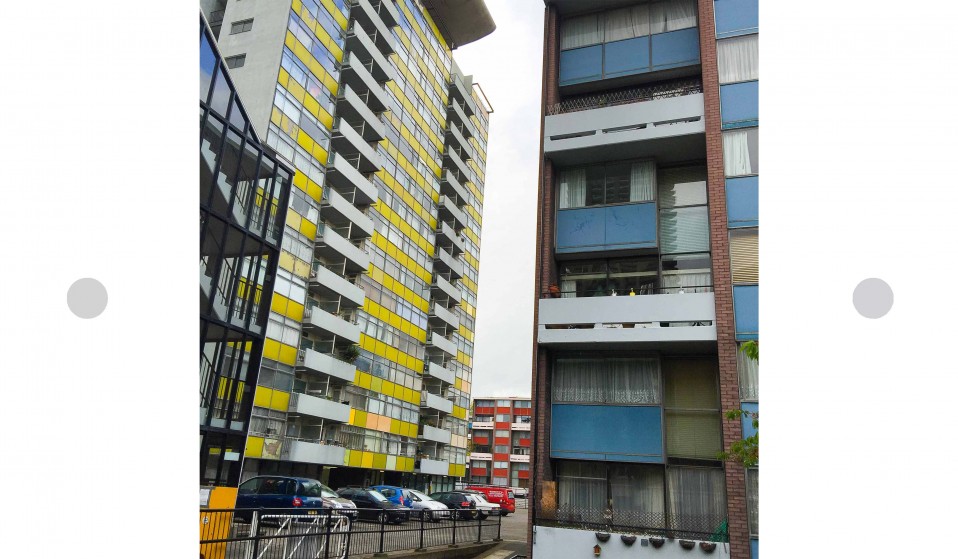 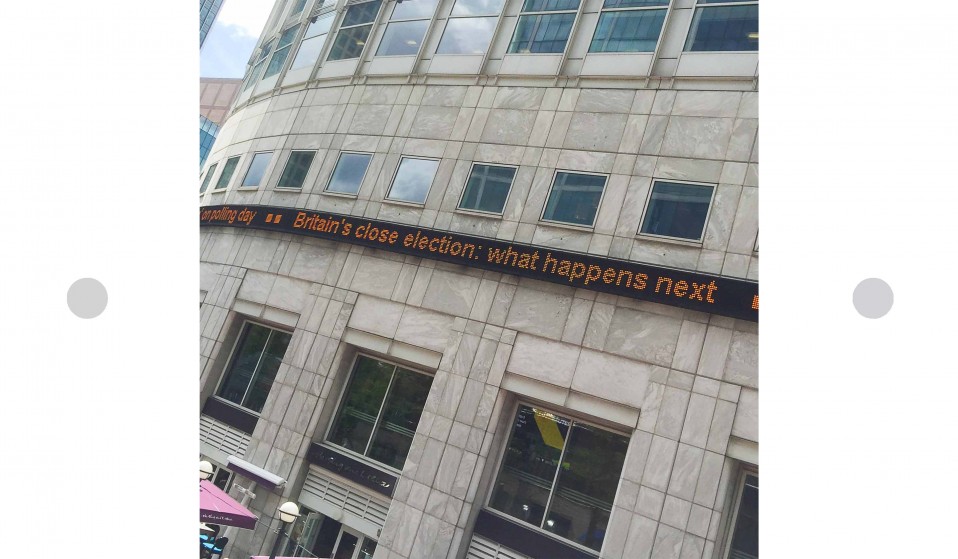 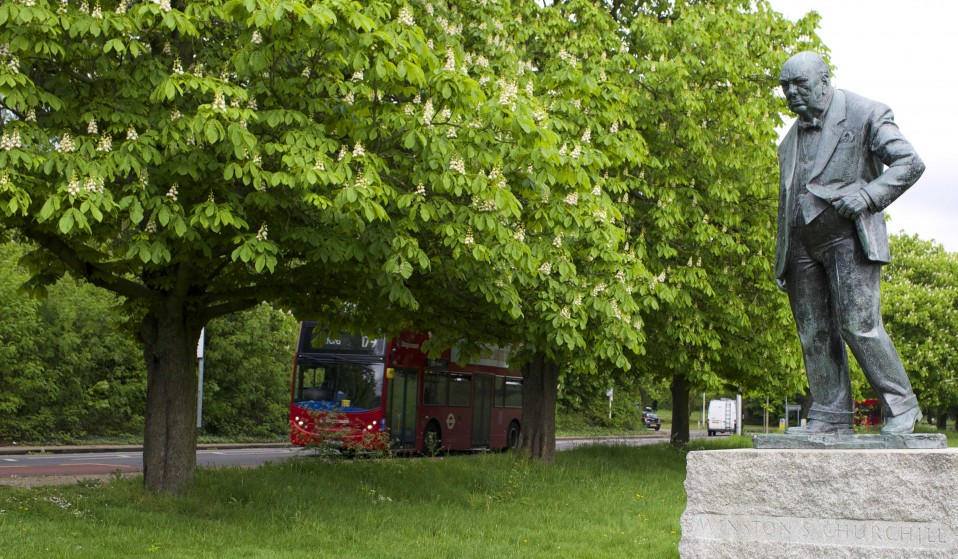 Yesterday I cast my vote in the primary school I attended between 1972 and 1979. It was the first time I’d set foot in there since I left in the last summer of the seventies, the year that Margaret Thatcher was elected for the first time. As I walked into the school hall, my dad, who is halfway through a tortuous course of Chemo, walked out to meet me. He hugged me weakly.  Did I hear him say, “Make the right decision, son”?

Newbury Park Primary’s school hall looked, smelled and felt exactly as I remembered it. Little details emerged again. That corner of the parquet where I sang that solo in the school play. That spot over near the climbing bars where the crappy old Grundig played Elgar during  morning assemblies and The Jackson Five during the school discos. Parts of my brain that had lain dormant for years fired up again, full of electricity. As Thatcher ascended to the throne, I was standing in that very corner wearing sta-press and a Ben Sherman. Her hateful project reached fruition this morning. And England’s dreaming.

It might seem perverse, but for me, general elections are emotional journeys. It must have something to do with when and where I was raised. I was 11 when Thatcher came to power. I was 16 when the Miners Strike came along. The Working Class was assaulted. The old certainties were under attack. It wasn’t cool to be working class. Your culture was demonised. Politics was out on the streets. It was entwined into pop music. It was down the youth club, in the boozer, on the terraces. A lot of it was ugly. We hated the police and the police hated us. The Scousers and the Geordies and the Mancs hated the Londoners. The punks hated the mods. The mods hated the casuals. The skins hated everyone. The aesthetic of the early Thatcher years hammered a wedge between us. When they came down to collect for their impoverished families, striking miners were catcalled and mercilessly heckled on the unionised building site I worked on.

Politics seemed to reach down and tug at the core of your being. At least it did for me. But that’s all over now. And in many ways it’s a relief.  It used to feel as if things were teetering. The way you saw the world, always overlaid with your experience, seemed to have a tangible value – a worth not reducible to the size of your house or your pension pot. The comprehensive school system seemed buried deep into the earth. The cradle-to-the-grave Welfare State was something we all took for granted. Queuing up to sign on the dole in your plasterer’s gear? It was your fucking birthright, mate.

This kind of world may not have been sustainable for long, but it was worth fighting for. But just where WAS politics yesterday?

To try to answer my own question and to find a space for my emotionally-wrought political consciousness, I developed a tradition. On the day of each General Election I spend most of the day, and some of the night, cycling around London. I talk to people a bit. I take a few pictures. But mostly, I just look. I hoover up appearances.

I headed out from Newbury Park at seven and crossed the Wanstead flats heading west and made it to Hackney’s marshlands. Along the banks of the River Lea then, turning right and east and up a traffic clogged Lea Bridge road and past the ghosts of raves past under the Dungeon bridge. From there, it was all climb, Northeast to Walthamstow and past the old dog track (luxury flats conversion in progress, of course), then up through a flayed Chingford and Highams Park and on to the leafy heights of Buckhurst Hill and Woodford: Churchill’s old constituency, now repped by Iain Duncan Smith, who took over from Norman Tebbit, Thatcher’s ‘On Your Bike’ enforcer, the Chingford skinhead himself.

From there I described a huge loop, out further east through Chigwell’s arcane swagger, and up to the top of Hog Hill, from where you can view the 180 degree sweep of London – a rare vista that on a clear day can cast the city as the mammoth basin that is always was – a staggeringly diverse, constantly evolving sweep of energy. From there it was a roll down to the River at Dagenham via the Polling Station, and then I turned west again and slogged for an hour against a fresh westerly wind to Shoreditch, via Silvertown, Beckton and good old Dog Island.

And here’s the thing. The election that morning was altogether absent.

Sure, there was the odd campaign poster. I must have passed 12 Polling Stations in those first hours and there was no one there. No placard waving activists. No rabble rousers. No conspiracy theorists. That morning I only even met one traditional party canvasser. Lovely Mrs Sharma, with the red rosette, sat outside Newbury Park Primary checking people’s Poll Cards and that they were in the right place. Mrs Sharma is 68 and has two sons and a husband who are all medics. “They are thinking of leaving the medical profession,” she tells me. “There is so much pressure on the NHS.”

And on I cycled. I passed the A-road boozers that have been drive-through McDonalds for two decades now. I passed the decrepit convenience stores that were once record shops and shoe menders, the money transfer offies and mobile dealers with the same plastic frontages, the cracked paving stones and boarded up Post Offices huddled in the shadow of towering developments glistening with reflective glass, where once there were low-rise council estates. You might not have noticed but on the peripheries of this great city there are still the public parks strewn with dog shit and the nameless detritus of neglect. Vacant lots clogged with weeds patrolled by private security on the minimum wage. Things are worse for most than they were in the 1970s. As you edge into the inner zones it begins to change, of course. And you understand the draw. The hoardings hawk lifestyles no-one recognises. The old italian caff off New Bond is a four quid flat-whiter in a manor where Lambos and Bentleys are the runabouts.

There are two cultures out there. Two mortally juxtaposed economies. You’d think the pitchforks were coming. But they are not.

The night wears on. Down at College Green opposite Parliament, it’s a hi-tech, graphic clusterfuck of the world’s media. Like Anchorman lit by JJ Abrams. The nutters and the anarchists are still nowhere to be found. Many people tweet. Over at Portland Place another neon shaft of light, underwritten by the BBC this time, reaches to heavens as the Exit Polls prophesy a massacre of a fragmented left and victory for the blue team.  People stare into their smartphones and noodle about on Instagram.

They are being pickpocketed as they rage against a digital machine.

This morning I am writing this listening to Elgar. Weeping for an England that is almost lost.

Linkedin
RELATED ARTICLES
OTHER ARTICLES
Following the release of his latest album, the rapper talks about finding a new approach to songwriting, attitudes to poverty, and why his music is more than a political statement.
Last week, Tower Hamlets council removed its nudity-restricting licensing conditions in a huge win for London’s kink community.
From the chip shops, to the bingo parlors and burlesque dancers, photographer Mike Coles remembers capturing scenes of holidaymakers by the English coast.
Photojournalist Fiora Garenzi spoke with people still living in Eastern Ukraine, an area which seen some of the heaviest fighting since the war began.
The government’s brutal crackdown on NGOs has left victims of rape without anywhere to seek help. And now, as the country plays a key role is Russia’s war, things are only getting worse.
The author discusses her new memoir, which offers a sobering reflection on the racism and otherness she’s experienced along with a joyful celebration of her culinary heritage.