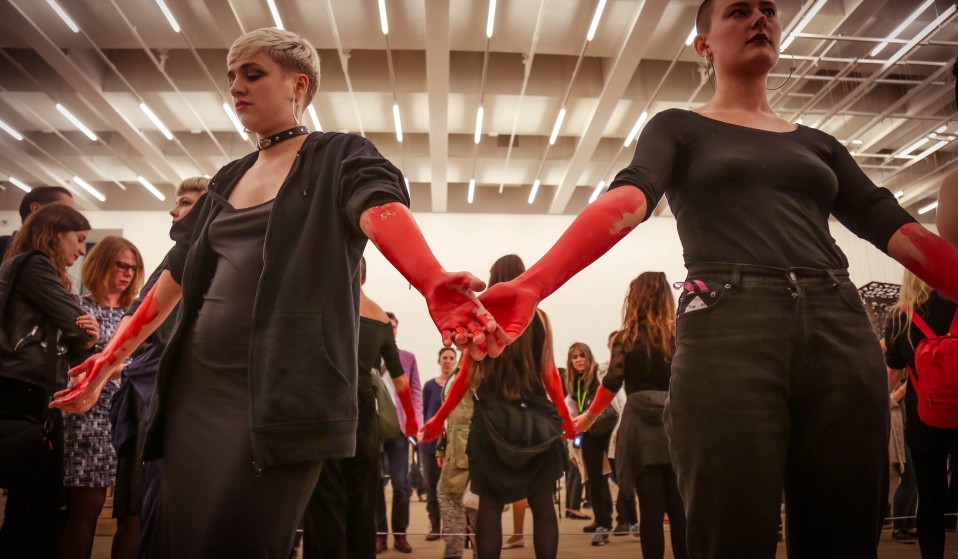 Protestors stormed the opening of a new wing at London's Tate Modern gallery this weekend, to protest the exclusion of artist Ana Mendieta's work, and to highlight the way women are treated in the industry.

On Friday night, a new wing of London’s Tate Modern Gallery was opened to the public for the first time. In celebration of this, the gallery held an opening night party, with DJs and performances, attracting hundreds of people in through their doors.

It was during this celebration, at around 7.30pm, that a group of female and non-binary activists stormed the building with three simultaneous direct actions, to protest against the gallery’s exclusion of Ana Mendieta’s art. 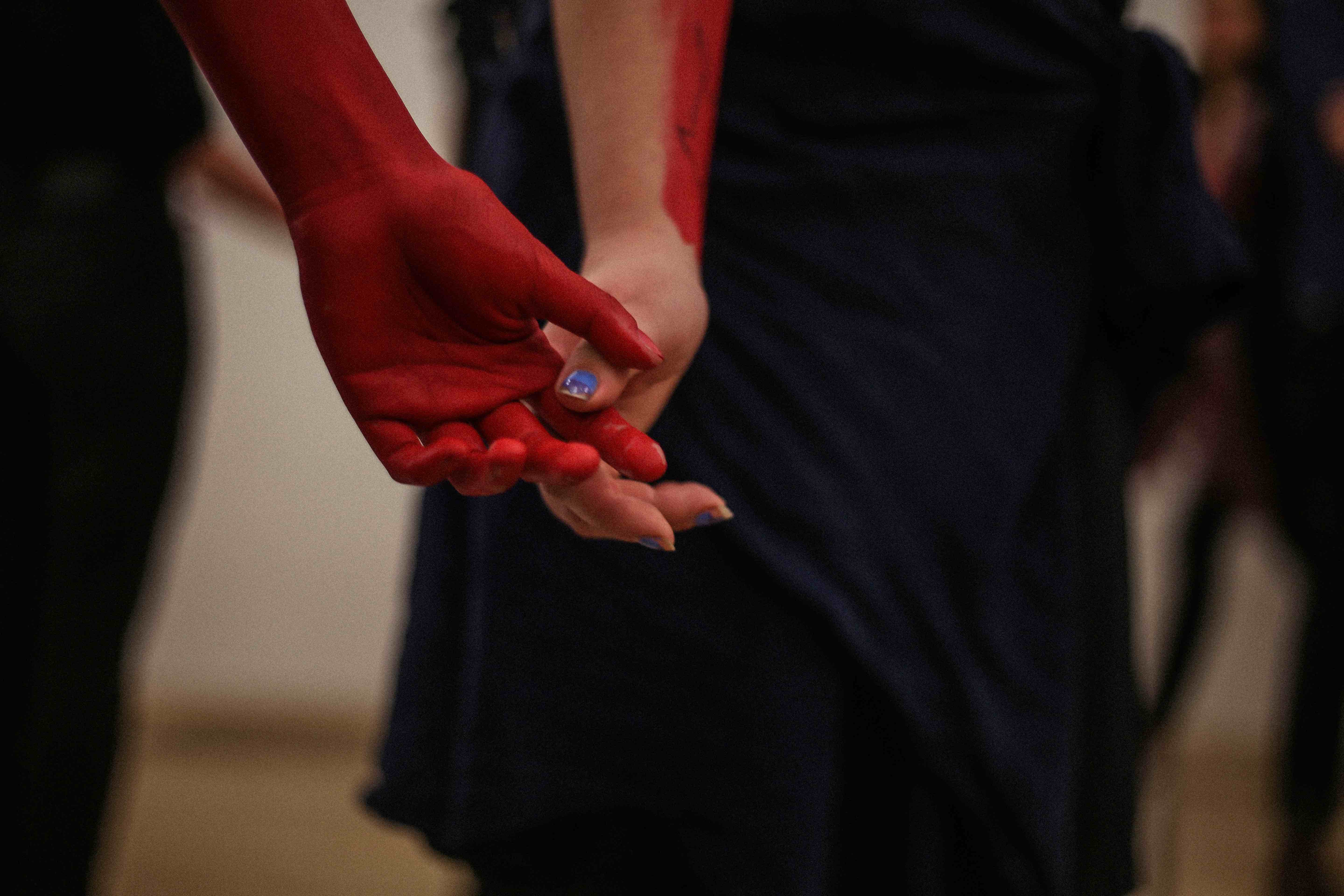 Ana Mendieta was a highly influential woman of colour performance artist and sculptor, who in 1985 fell from the 34th floor of her New York apartment to her death. Carl Andre, an artist who was then her partner, was tried for murder. After three years Carl Andre was acquitted of all charges, and his work continues to be exhibited around the globe.

Some remain sceptical about the outcome of the trial, and refuse to believe that the death of Ana Mendieta was caused by a fault of her own alone. A recording of Andre’s 911 call showed him saying: “My wife is an artist, and I’m an artist, and we had a quarrel about the fact that I was more, eh, exposed to the public than she was. And she went to the bedroom, and I went after her, and she went out the window.” 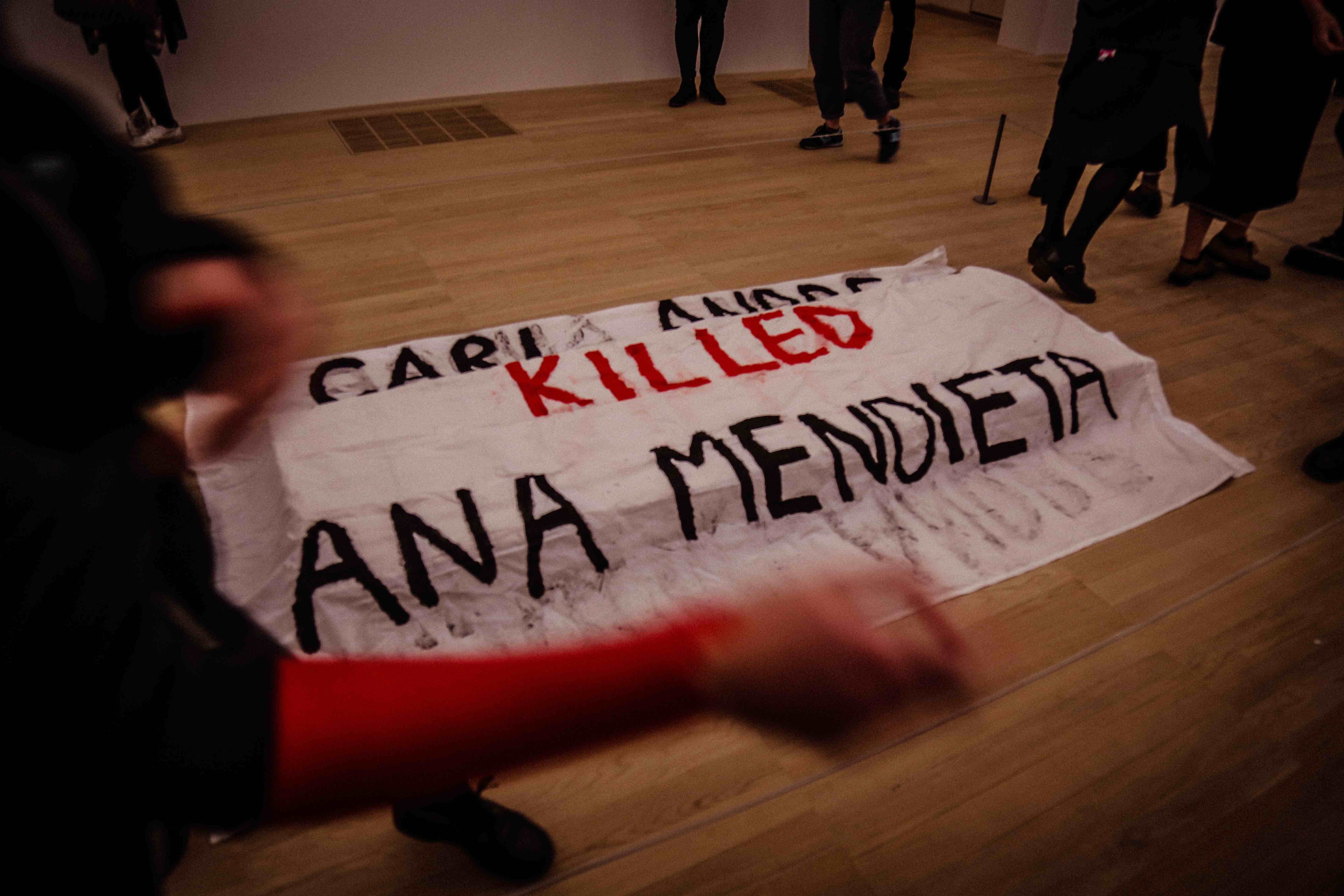 The Tate owns both the work of Andre and Mendieta, but in the opening of their new wing, they have decided to display the art of Carl Andre, while keeping that of Ana Mendieta in neglected in storage.

To highlight their frustration, as the party was in full swing on Friday, fifteen activists draped a banner reading ‘CARL ANDRE KILLED ANA MENDIETA’ over one of Andre’s sculptures. The protesters then stepped within the barriers of the artwork, removing black hoodies to expose red paint on their arms, symbolising Ana Mendieta’s seminal art work, ‘Body Tracks’. 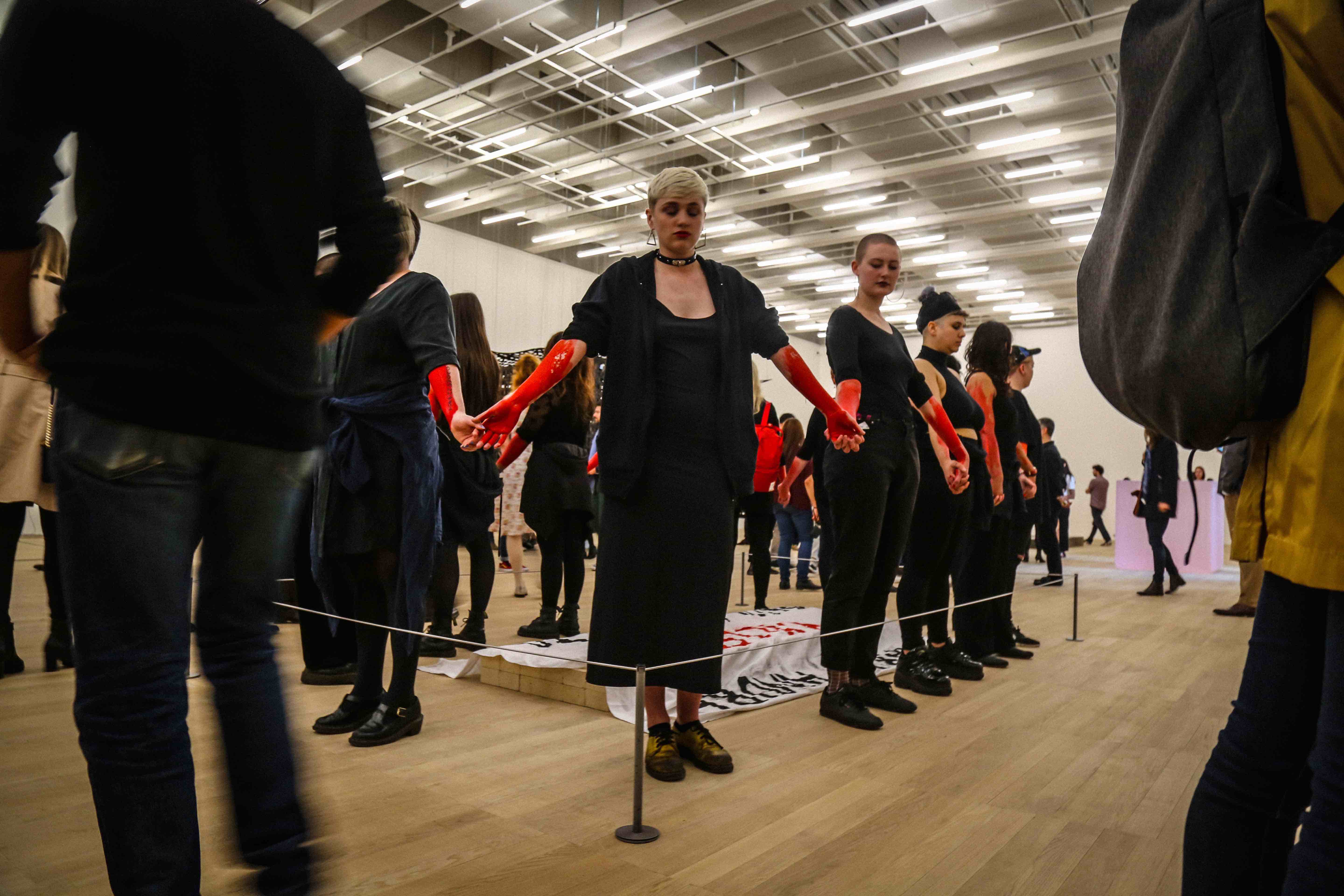 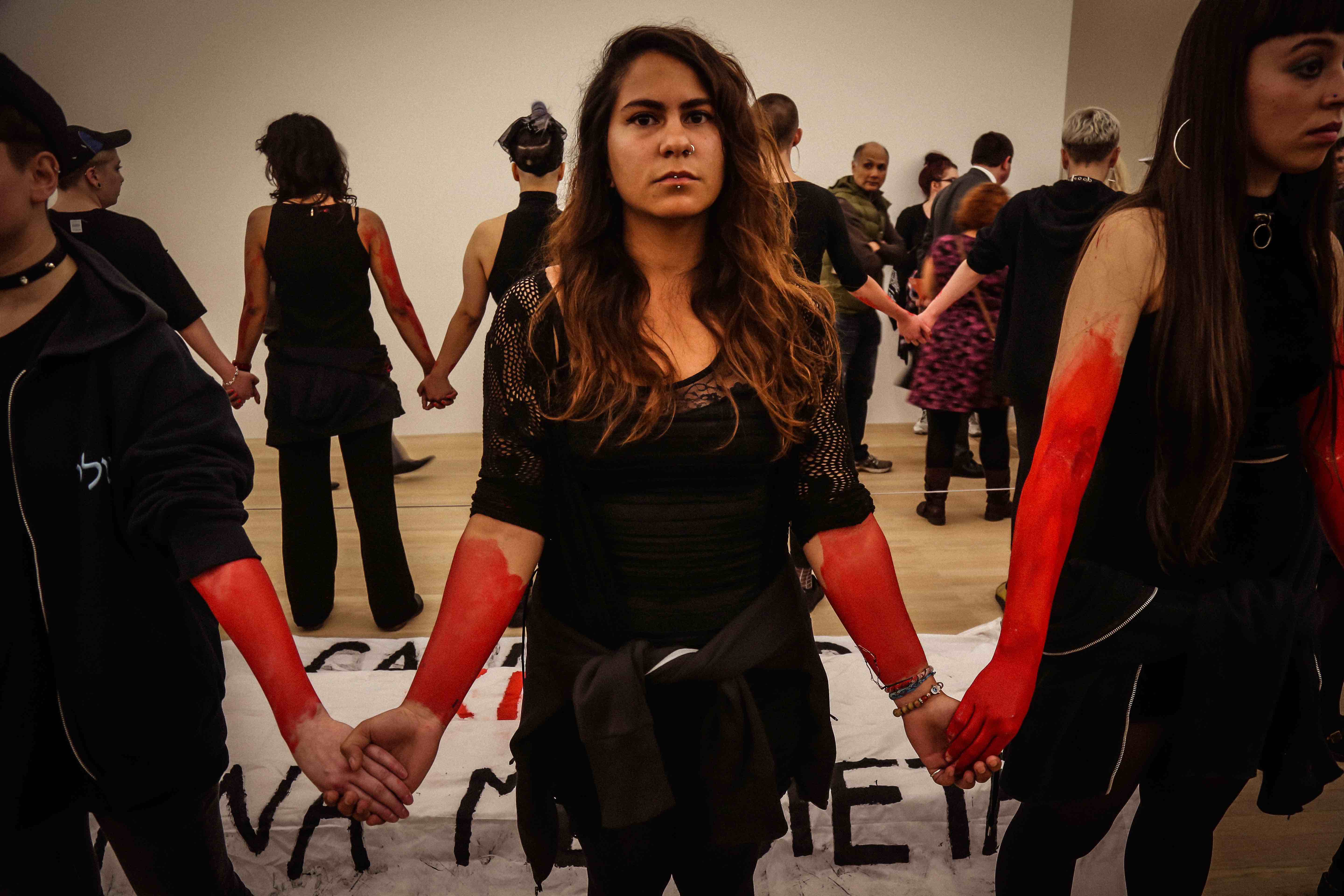 The group then turned their backs on the piece before encircling, linking their paint soaked hands together, It was an eerie and moving moment of solidarity. The hundreds of onlookers appeared uneasy, unsure of what to do – many of them assumed it was a piece of performance art.

A statement released later revealed that these protesters were part of the WHEREISANAMENDIETA movement – an archiving project which sets out to respond to the glorification of violent men and the erasure of female, non-binary or PoC figures within the art world.

Linkedin
RELATED ARTICLES
OTHER ARTICLES
Filmmaker Laura Poitras discusses her new documentary which traces the remarkable life of the artist-activist and the impact of her battle against the US opioid crisis.
A new law change is enabling Britain’s donor-conceived children to know the truth about their origins – but campaigners say the fertility industry must do more to protect people.
Social prescribing connects people with non-medical support to improve their health and wellbeing – but some experts worry it’s just a stick plaster solution.
A new podcast is opening up the conversation between trans women and trans amorous men in the hope of building coalitions.
Tristan O’Neill’s shots of dancers caught in moments of reverie at the height of rave’s golden age are a testament to the UK’s legendary club culture.
At his West Bank restaurant, Fadi Kattan established himself as the voice of modern Palestinian cuisine. Now, he’s bringing his innovative, bold flavours to the UK’s capital.