News & Politics / Reportage / Another perspective on the Calais refugee crisis 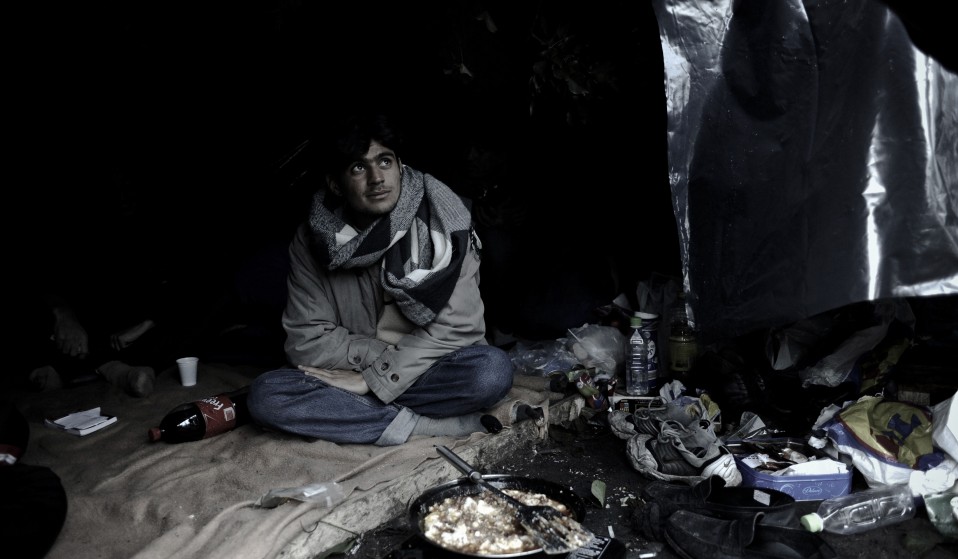 i
An Afghan migrant takes shelter in a forest near ‘The Jungle’ – an unofficial migrant camp near the harbour in Calais, France. Living conditions are difficult, but food is distributed by a local French NGO twice a day. 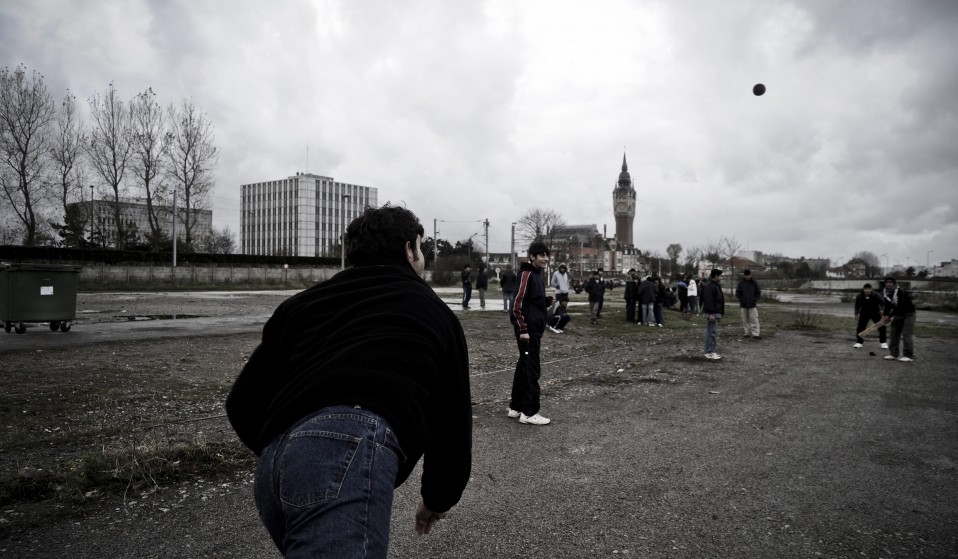 i
Afghan migrants play cricket near the harbour in Calais, France. A piece of wood and a tennis ball is all they need to start a game. 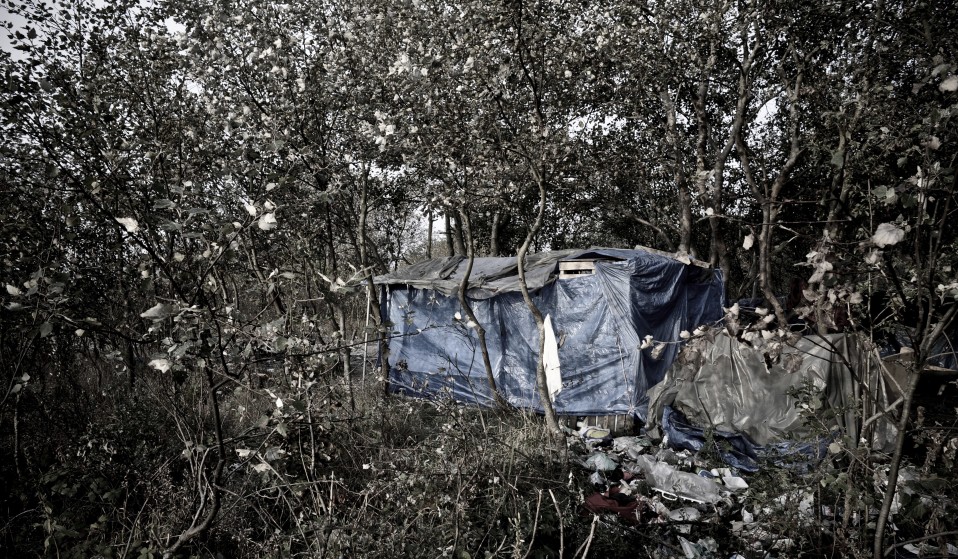 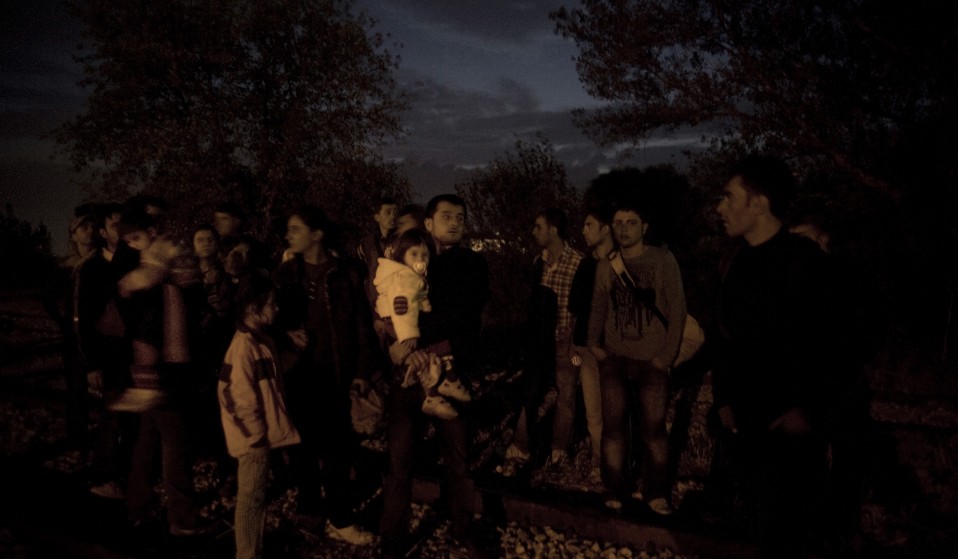 i
A group of Afghan families arrive in Greece, having crossed the Turkish border illegally in the middle of the night. They have spent all night picking their way across fields and the Evros River. It’s an exhausting journey, especially for young children.

Photographer Mathias Depardon has spent years tracking migration across Europe for his Beyond The Borders project. We asked for his perspective on recent events around Calais.

Photographer Mathias Depardon has spent years tracking migration across Europe for his Beyond The Borders project. We asked for his perspective on recent events around Calais.

Tensions have flared around Calais in recent weeks as police clashed with thousands of people trying to enter the Eurotunnel terminal in Coquelles in hope of reaching the UK. On some nights there have been over 2,000 attempts to enter the terminal and thousands more displaced people live in makeshift camps in the surrounding area. Since the beginning of June there have been 11 deaths at the terminal or on nearby roads.

Along with Mediterranean islands like Lampedusa and border towns in Greece and Hungary, Calais has emerged as one of the major flashpoints in Europe’s refugee crisis. So far in 2015, over 100,000 migrants are believed to have entered Europe, which is double the figure for the same period in the previous year.

The UNHCR’s figures for 2015 show the highest migrant numbers on record and have described events as “primarily a refugee crisis”. They demonstrate that the majority are “fleeing from war, conflict or persecution”, above all from Syria, Afghanistan, and Eritrea, “whose nationals are also mostly considered to qualify for refugee status.” 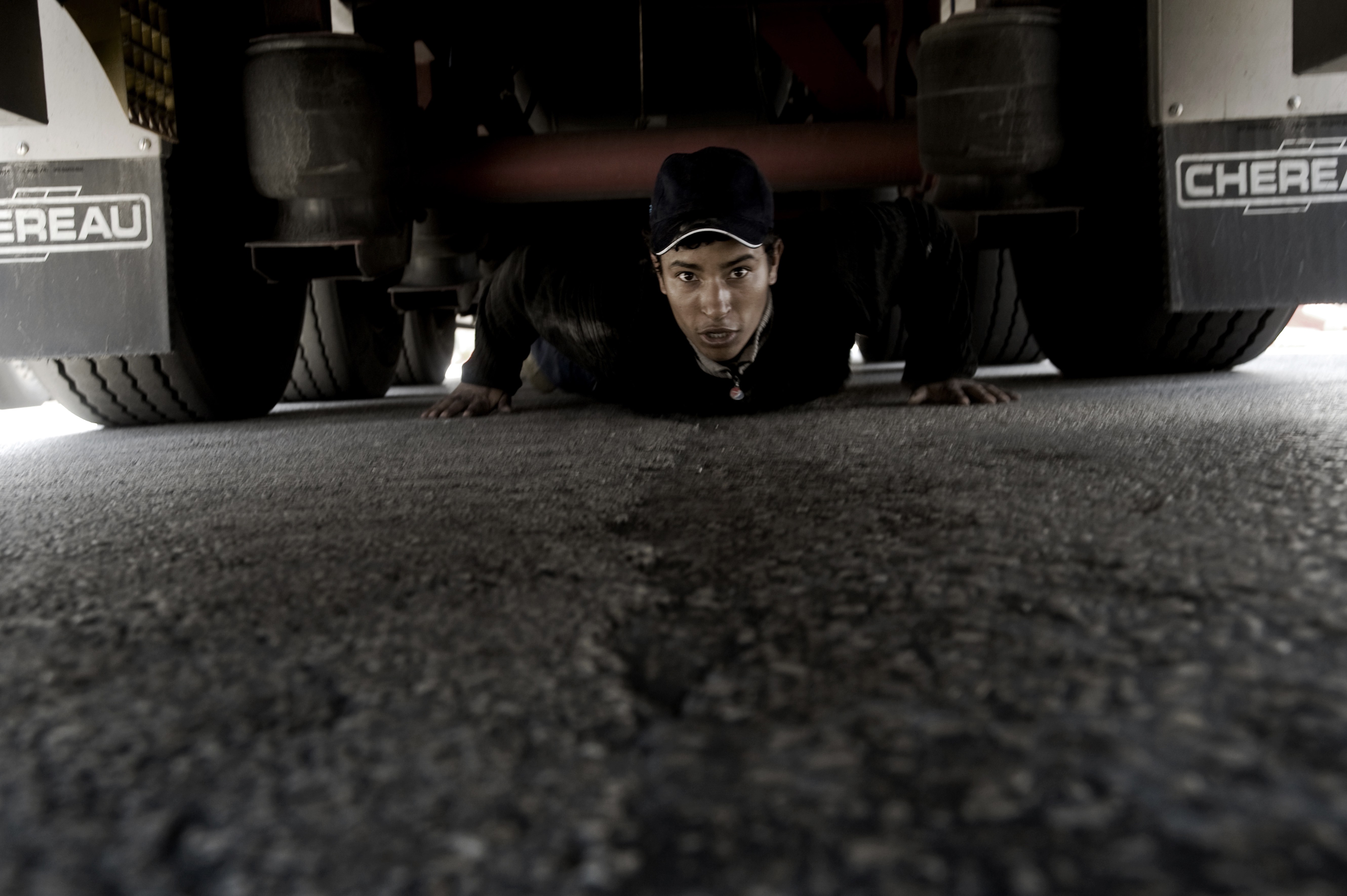 European leaders have so far shown little compassion, with British prime minister David Cameron describing those trying to reach the UK as a “swarm”. Sensationalist coverage has echoed this tone, portraying the UK as besieged by migrants who see the country as a “dream destination”.

But as European governments squabble over quotas, it is countries in the developing world who absorb 86 percent of the world’s 5.5 million refugees or internally displaced people.

French photographer Mathias Depardon avoids the knee-jerk approach of the mainstream media to take a longer view on complex social issues. His photo essay Beyond The Borders, which we published in Huck #31 in 2012, looked at migration over a number of years across Europe, from the Greek/Turkish border in the east to the camps around Calais in the west.

We reached out for his perspective on recent events around Calais.

You spent a lot of time at migrant camps in Calais. How have you seen the situation change over the years?
I’ve been to Calais several times since 2010 and I can tell you one thing: the situation has obviously become worse and worse for the migrants who come through. Closing Sangatte [Red Cross migrants’ hostel] was a terrible decision and has lead to the current situation. The centre was closed by Nicolas Sarkozy in 2002 and there have been no camps to welcome or help migrants until early this year when the smaller Jules Ferry camp opened.

For years migrants have been moved from one area to another, with the authorities’ goal to just discourage them from staying in Calais. In 2008, French authorities under then-president Nicolas Sarkozy shut down a place called “The Jungle, where hundreds of migrants had found refuge in the dunes of Calais. Since then, smaller makeshift camps have appeared, been given the same label “Jungle” and been cleared by police. All in all the situation hasn’t really improved over the last 15 years.

What have you noticed as the main factors driving people to leave their home countries? Have you seen this change over the years you’ve been covering migration?
When people decide to take the route of illegal immigration it’s because they have no other alternative. They escape wars, economic crisis and discrimination of all kinds in the hope of finding a better world somewhere else for themselves and their family. In most cases they have no other choice than to leave their loved ones, part of their families and their country behind. It’s a difficult decision to leave for the unknown.

The majority of people from African countries are now traveling through Libya where the EU settled a deal with former dictator Colonel Muammar Gaddafi. Back then, Libya was controlling its borders and coastline which diminished the flow of migration coming into Europe. Now the traffic of people through Libya and across the Mediterranean Sea has reached a peak.

Europe definitely could play a better role in helping the migrants who arrive in Greece. Instead, millions of Euros have been spent by the EU to reinforce the security at the borders, construction fences, create [border control agency] Frontex and construct and renovate detention centres. All of this money could have been spent trying to find true integration solutions for the issue of immigration. This is not something that will stop over night, no matter the danger or the risks these people have to take to reach this “El Dorado” of Europe and the UK.

Why do some migrants see the UK as their final destination?
Despite the anti-immigration policies and rhetoric of the current Cameron government, many migrants still see the UK as a land of opportunity for a number of reasons. Firstly, the language. Many migrants speak English or have some basic understanding of English, while fewer have knowledge of French, German, etc. Many also have relations or family members living in the UK and lot see the British economy as successful, even though that it has declined in recent years.

Linkedin
RELATED ARTICLES
OTHER ARTICLES
On the 20th anniversary of the Srebrenica genocide - in which 8,000 Bosniaks were killed during the Bosnian War - what has Europe learned?
A collection of stories shining a light on the personal experiences of migrants, the very people who threaten to be overlooked in the debate on immigration.
Carlos Spottorno goes beyond the border to capture a picture of immigration few people choose to see.