News & Politics / Reportage / On the frontlines of Atlanta’s homelessness crisis 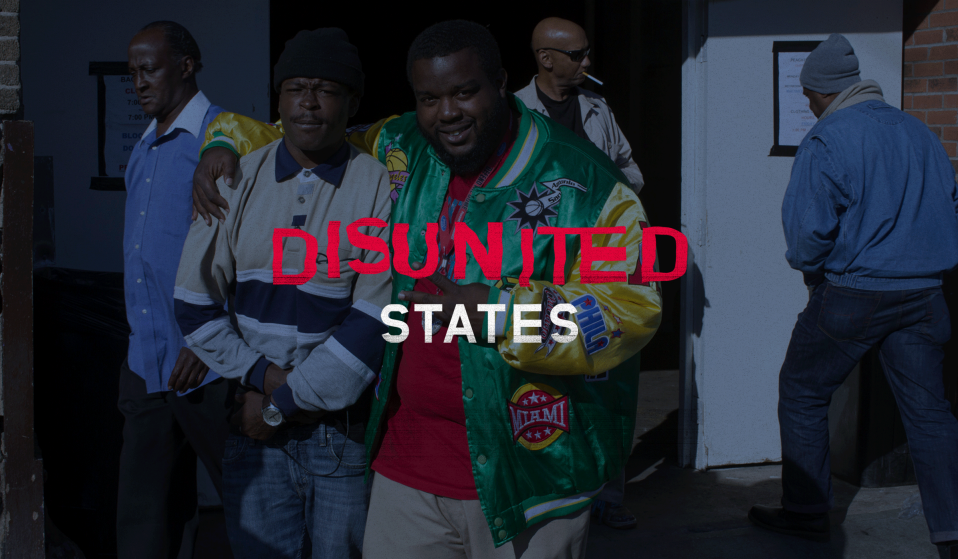 Like every American city, homelessness in Atlanta is all too commonplace. The economic downturn hit this city hard, and gentrification finds no space for those who are desperate.

Like every American city, homelessness in Atlanta is all too commonplace. The economic downturn hit this city hard, and gentrification finds no space for those who are desperate.

It’s my first day in America, and the outcome of the election is still sinking in. I want to try and get my bearings in the city, so I head for a walk down one of Atlanta’s long, long streets. Just a few minutes in and I’m greeted by a young, homeless man asking if I need directions. I tell him I’m alright, and soon we’re talking about London, where I’m from. He asks if there are many homeless people in the British capital. I say, quite simply, yes (numbers have doubled since 2010).

Atlanta is the poorest city in the U.S. for children – more children in Atlanta live in poverty than in any other city nationwide. A staggering 10,000+ people in metro Atlanta – just the inner city limits – experience homelessness on any given night, and more than 40 percent of those people are women and children.

Trump’s election, to me, isn’t just devastating because of all that he stands for. The presidential campaigns could have been an opportunity to force public discussions on some of the biggest social issues in the country today. Instead, out of necessity, we just talked about Trump.

We walk together to the Metro Atlanta Task Force for the Homeless, where Odari Campbell, a shift supervisor, meets me at the door.

“This building houses mainly homeless men, you know we’ve been open since the 1980s,” he says. “We just recently opened a space for women and children, because there weren’t really any places in emergencies where they could go.

“We’re not funded by the city, we rely on donations, churches, people who just come to take time out to serve food or provide clothes, these people have to pay for it themselves.

“I do security, maintenance, keep an eye on what’s going on. There 375 beds upstairs – it holds a lot of people. When it gets colder the centre down here gets filled up too.

“For Atlanta as a city, homelessness is a massive problem, addiction here is a serious issue too. We don’t have requirements here, it’s a place where people get a roof over their heads. We have some caseworkers, some programmes, but because of our limited resources most people have to find their own way.

“This building has a lot of history: Emery University, the city, the Mayor – they’ve all tried to commandeer the building for their own uses, it’s politics. We’ve relied on groups like Black Lives Matter to support us, to keep us here and doing our work. People have done sleep-ins at City Hall to keep the building open.

“We’ve just had the Presidential election, and a lot of people in here have voted, they voted yesterday. These guys aren’t worried: Trump, Hillary, from the first President to the forty-fifth, they’ve always done the same thing anyway. The lives of people who end up here never change thanks to them.

“I’ve worked here on-and-off since 2014. I’m from Jamaica originally, via New York, and I’ve seen a lot of homelessness. The homelessness in Atlanta is unique though. It’s just different. This is where reality gets so warped that the majority of people here don’t want to change. People here are glued to these chairs. Go to them now and they’ll brag about being here for 10, for 15 years.

“My point of view on Atlanta? It’s warm so people come to stay here. There’s not enough support from the city for people to get out of this place. You know? There are a lot of jobs here, but they’re not accessible via public transportation. If you don’t have a car, you can’t get there. How does that help anyone who’s desperate?”

Linkedin
RELATED ARTICLES
OTHER ARTICLES
After blocking the Scottish government’s gender recognition reform bill, Westminster is now devising further changes to the law to make it harder for trans people to self-identify.
Tristan O’Neill’s shots of dancers caught in moments of reverie at the height of rave’s golden age are a testament to the UK’s legendary club culture.
As she gears up for the release of her first book, the 24-year-old climate activist talks standing up to authority and building a more inclusive movement.
Theo McInnes’s photos of the annual event provide an intriguing snapshot of contemporary Britain.
AI companies that develop image-generators using copyrighted artwork from the internet are coming under fire from artists who say that it amounts to theft.
The action took place in response to the 200 asylum-seeking children who were placed in hotels run by the Home Office who have gone missing.