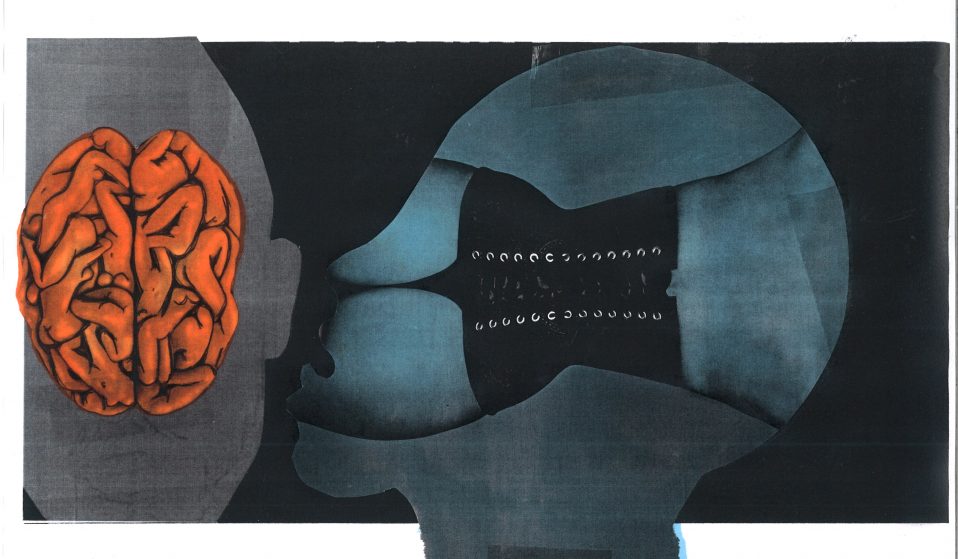 “We thought people might be shy,” Venus tells me after the workshop. “So we tried to ease them in with some icebreakers and discussion, to get everyone thinking about what they find titillating. It turns out those worries were completely unfounded!” It’s true: during the exercise, that everyone seems to overcome the awkwardness pretty quickly. Just minutes later, we’re branching off into pairs and recalling – eyes closed – some of our most intimate sexual stories.

Incidentally, the festival itself got caught in the crossfire. Just days before Dick and Venus’ event, ticket-holders received an email detailing a last-minute venue change prompted by a “transphobic and sex worker-exclusionary hate campaign,” which almost derailed the festival entirely. But the weekend passed without a hitch, and the proposed ‘protest’ amounted to nothing more than a few conservatives brandishing limp placards in the rain. (The venue change leaked online.) “We will not be silenced, censored or shamed,” the organisers later tweeted.

There’s something freeing about describing your fantasies to a room of like-minded strangers, a release that feels particularly intense during the ‘orgasm choir’ (exactly what it sounds like) that we end the workshop with. This liberation is politically important in a society which weaponises desire: we’re taught about sex through a fear-centric lens, which focusses on pain and infection rather than intimacy or pleasure. In other words, it’s hard to know what good sex looks like in practice if nobody feels like they’re allowed to talk about it. That’s where people like Dick and Venus come in; they’re fighting the increasing stigma to pose the simple, but still surprisingly controversial question: what really does turn you on?

Find out more about ‘Fuck Me In The Ear’.

Linkedin
RELATED ARTICLES
OTHER ARTICLES
Susan Pektaş’s new photo series delves into multiple cultural layers of the region with a touch of personal mysticism.
Photographer Bud Glick recounts documenting everyday life in the area, and what it taught him about the Chinese immigrant experience.
We introduce our series spotlighting the voices of people who’ve been impacted by anti-abortion laws and anti-choice protestors.
Danny Burrows discusses his new series of images documenting an pacifist anabaptist community who lead an alternative way of life.
Steel City is often overlooked when it comes to the country's cultural radar despite its role in shaping electronic music.
Tough fines and arrests for drug possession and supply is pushing festival-goers towards unsafe measures to consume or smuggle in their substances.