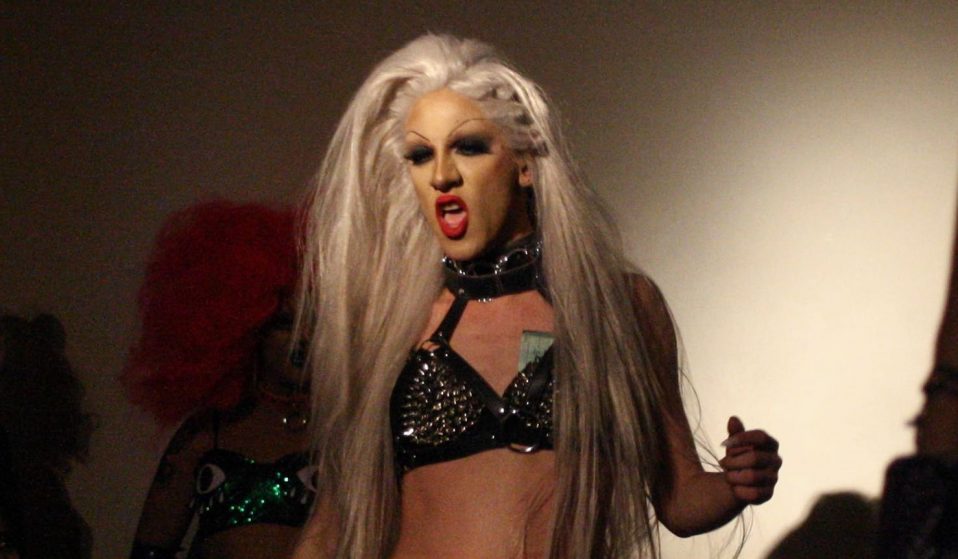 In the face of hatred and persecution, a collective of drag queens have carved out a community within the city: one that refuses to bow to fear.

In the face of hatred and persecution, a collective of drag queens have carved out a community within the city: one that refuses to bow to fear.

It’s a warm Sunday evening in Beirut and local drag queen Anissa is busy preparing her look for the evening’s performance. Carefully, she takes a platinum blonde wig, white leather platforms and a jumpsuit covered in sequins, folds them into a bag and heads for the front door. After a short while waiting outside, a car appears and she gets inside.

As the car weaves through traffic she examines her outstretched hand, before letting out a long, exasperated sigh. “I forgot my nails.” Her head rolls to one side and she stares out the window. “My drag mother will kill me.”

She’s performing tonight with Miss Robyn Hoes – a drag queen of two years – who’s already at the venue when she arrives, getting into a yellow leather two-piece in a storage room backstage. Meanwhile, Queen Latiza Bombé, tonight’s host, is putting on a pair of purple latex gloves. Emma Gration, the show’s DJ and also a drag performer, stands behind a pair of decks, waiting to greet arrivals. 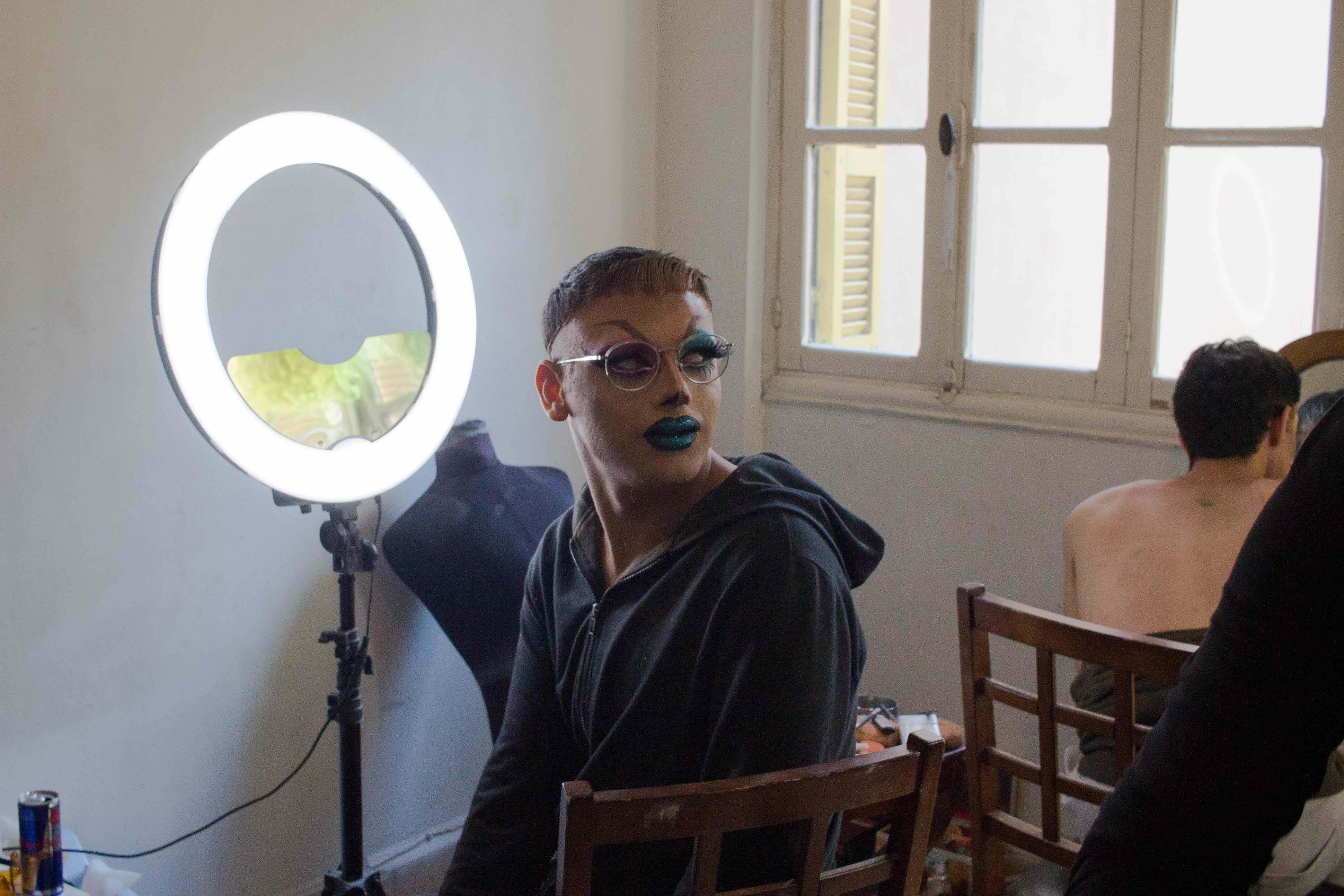 The event itself was kept fairly hush (when it came to promotion, there was no explicit mention of drag), but the queens have built such a reputation that their names on a flyer are enough to ensure a full house.

As the music begins to play, Anissa storms in; cigarette in her hand, arm on her waist, sporting a look of playful disgust. The crowd respond with howls, shrieks and thunderous applause, as she preys upon them one-by-one. She caresses them, laughing and probing, all while mouthing the lyrics: “Eeny-weeny-teeny-weeny shrivelled little short dick man.”

The screams don’t stop until long after her performance concludes, and at the end of the night the dancefloor is full as attendees queue for photos with the queens. However, despite the evening’s success, audiences hungry for drag have only recently emerged in Beirut. And when it comes the scene’s future,  remains uncertain.

Queen Latiza has witnessed the journey first-hand. She was first introduced to the world of drag in 2016, when, wanting to experiment with cross-dressing, she began researching the scene online. Fascinated, she rented a hotel room and asked a friend who works as a makeup artist to help out. “I looked in the mirror and I didn’t recognise myself,” she remembers. “That’s when I thought, ‘Maybe this is for me.’”

Back then, there was no tangible scene for aspiring drag queens in Lebanon. “There was a club where trans people partied at. I used to go there, dressed as Latiza, but one person came up to me and said, ‘Why are you dressing like this? This isn’t Halloween.’ They didn’t understand what drag was.”

But a year and a half later, an active member of Beirut’s LGBTQ scene organised Lebanon’s first-ever ball: a night of runway, lip-syncing, and voguing competitions. For security reasons the event wasn’t promoted, and guests were asked to refrain from taking photos once inside. Despite that, the ball was a hit, marking the birth of a scene that many in Beirut just like Latiza were crying out for. “They saw what I was offering,” she says, recalling the night. “Not just dressing up for the sake of dressing up. I won, of course.” 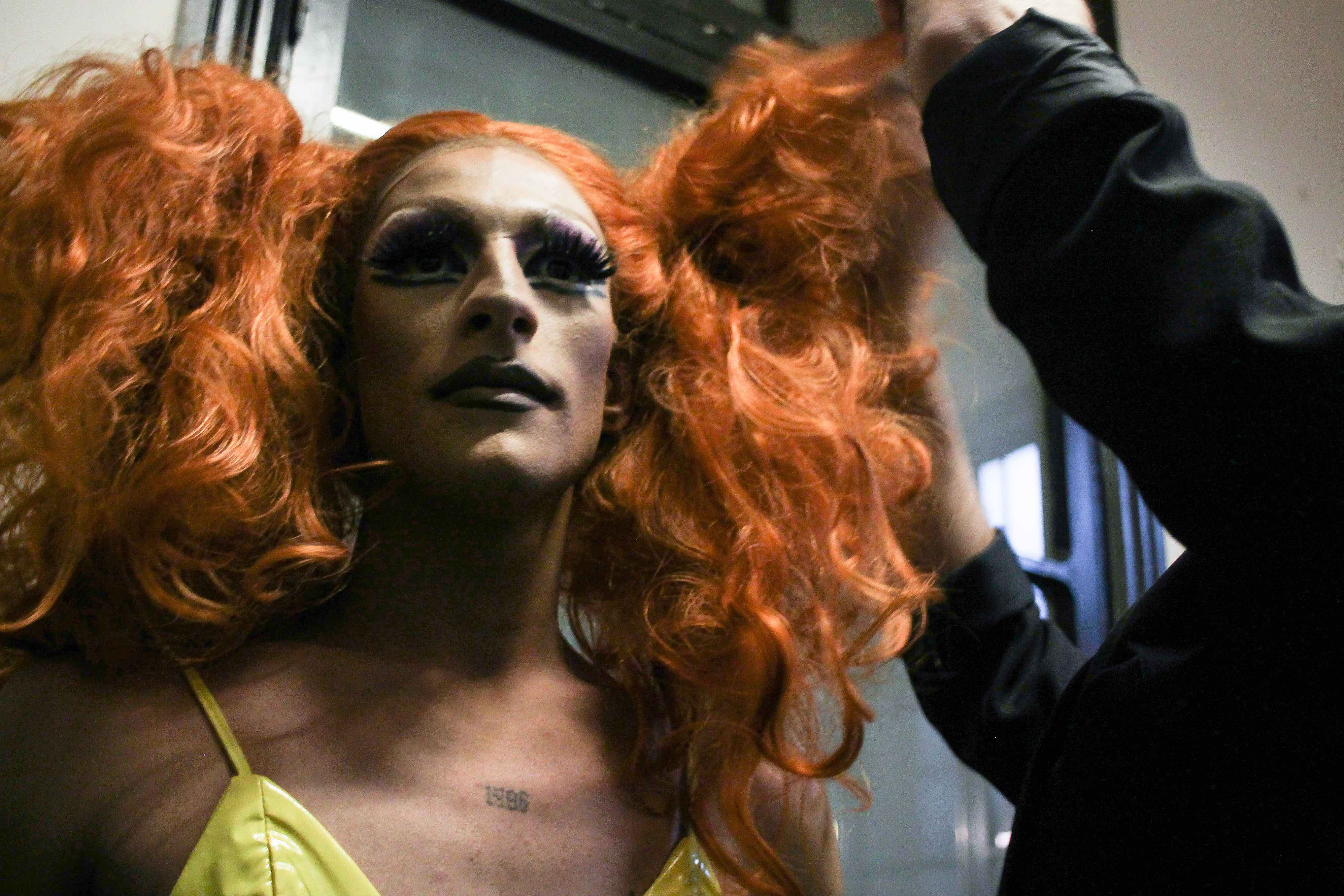 After that first ball, local news platform Beirut.com ran a video on Latiza, heralding her as “one of Beirut’s up and coming drag queens’. With that, though, came criticism and abuse. “They would say, ‘What kind of art is this?’”, she remembers. “‘Your dressing up as a woman? Leave the country.’”

That kind of opposition is something Anissa knows only too well. “In Lebanon, our society doesn’t believe in gender fluidity – they believe in stereotypical, socially-constructed gender norms,” she says. “They think that anyone whose gay or trans must be associated with prostitution. When they see a man that is very feminine on the street, police may try to stop them put any charge on him that is related to prostitution.”

Within gay communities such prejudices also exist. “On Grindr there are profiles that say, ‘No femmes’,” she adds. “They always ask you, ‘Are you masculine, or feminine?’ I say, ‘I am what I am, I can be masculine, I can be feminine, I can be whatever I want.’”

While Drag isn’t technically illegal in Lebanon, sexual relations that are “contradicting the law of nature” are. The article is routinely used to convict gay men, which Beirut’s queens typically are. It carries a sentence of a year in jail.

That said, in March 2019 four soldiers were trialled for sodomy and found not guilty for the first time in Lebanon’s history. Their victory came under the pretence that the law doesn’t specify “what kind of relationships can be considered ‘contrary to nature’.” 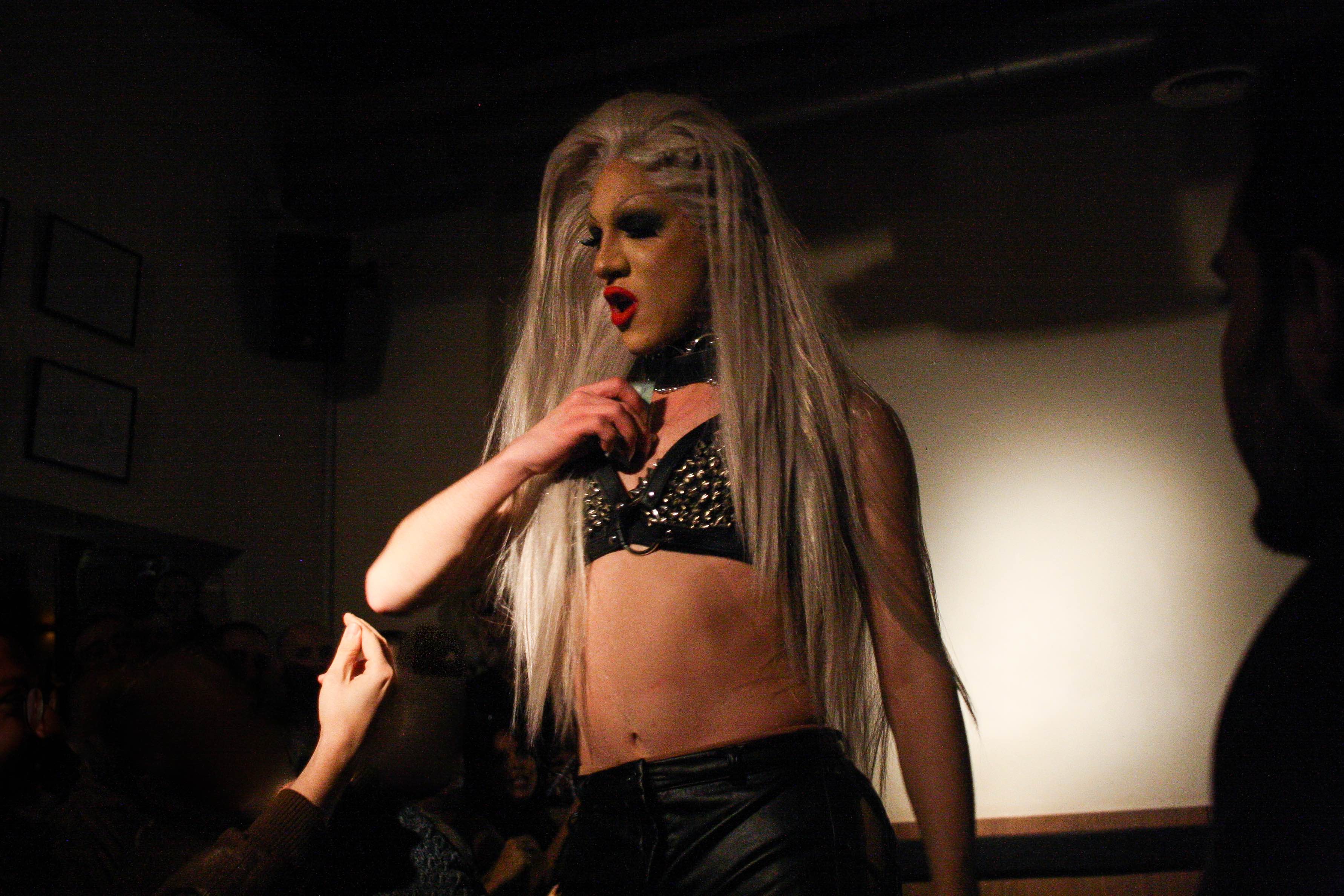 “It was a huge victory,” says Emma Gration, who also works at the LGBTQ NGO the Arab Foundation of Freedoms and Equality. “We can get away with a lot of things now that we couldn’t get away with 10 years ago. Getting in drag and driving my car in drag in Beirut is something I never expected to happen.”

Since Beirut’s first ball, performances now happen on a regular basis, encompassing lip-syncing events, voguing competitions, stand-up comedy and Q&As. In turn, the number of drag queens in Beirut has grown from a tiny handful to a number Emma now estimates as close to 50.

Despite the birth and growth of the scene, the fight in Beirut is far from over. In a city of only 1.3 million, accepting audiences remain extremely hard to come by. Many of the 18 officially recognised religious sects in Lebanon oppose homosexuality on religious grounds.

“[People are] risking so much by being there, even if they don’t know it. Because their parents can find out, or someone from the audience might recognise them and out them. Not just as a drag queen but as being gay,” says Emma. 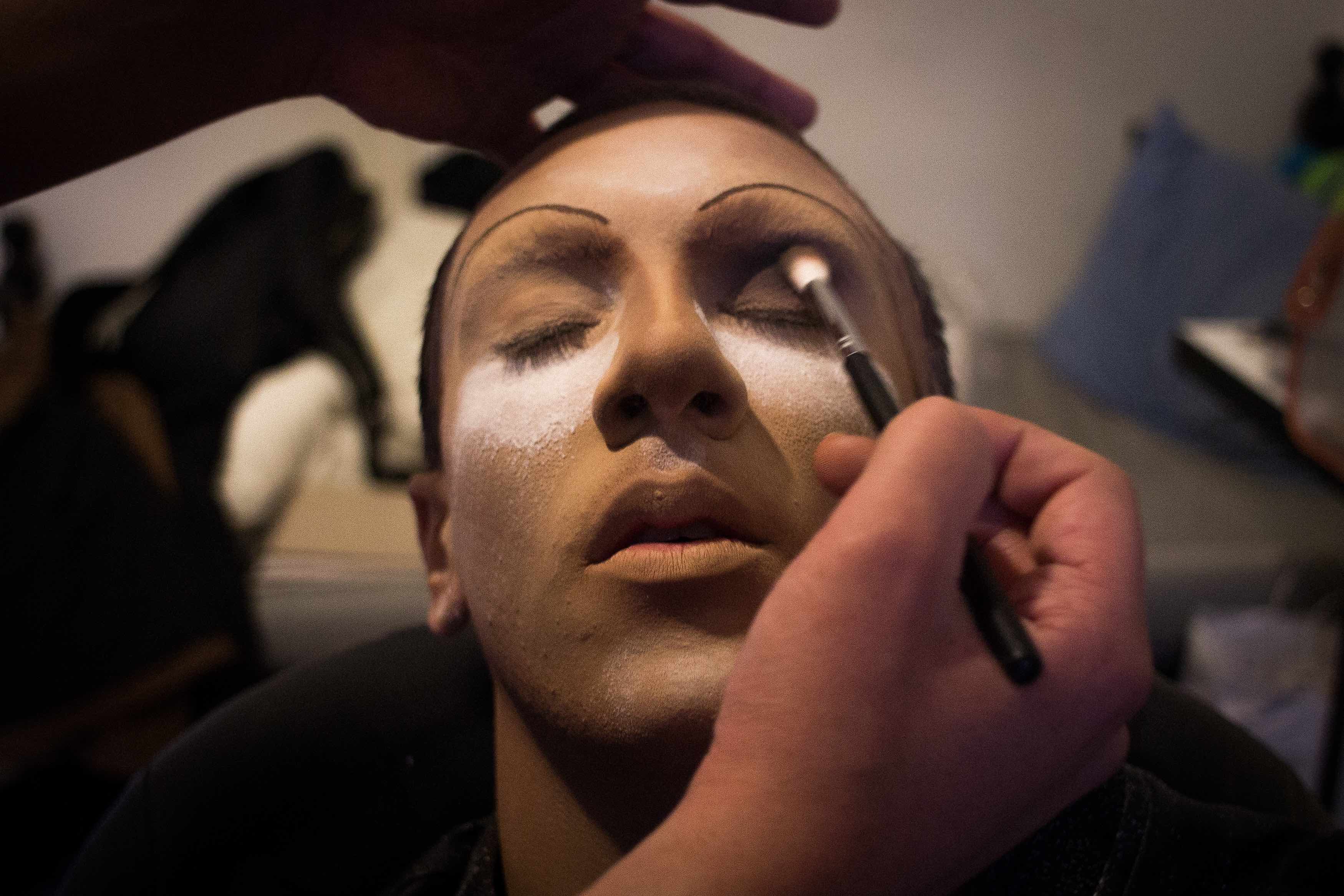 Emma comes from one of Lebanon’s more conservative cities, Sidon. When Emma came out as gay to her mother her first reaction was, “Don’t tell anyone else.”

“They still think that being gay is very frowned upon which it is – but only in some degrees. I wanted to tell her that everybody at my university in Beirut already knows, even my professors, and it’s perfectly okay. We have laws in our university that protect us – but she just thinks they’re gonna persecute me for being gay.”

In 2018, Beirut was due to host its second-ever Pride: eight days of events including a legal workshop on self-defence, a brunch celebrating supportive parents, as well as a grand ball and a traditional Iftar.

But the night before events were due to kick off, the organiser was detained and given a fake programme that contained material deemed immoral and pornographic by authorities. He was forced to sign a statement stating he would cancel all remaining events.

Queens are well aware that drag shows can be stopped at any moment. “We always take care,” says Latiza. “You have to remember that you’re still in Lebanon and it’s [technically] illegal to be gay, so it’s still hard. If a reckless drag queen did a show that wasn’t protected and the police came and arrested them, they could arrest us all.” 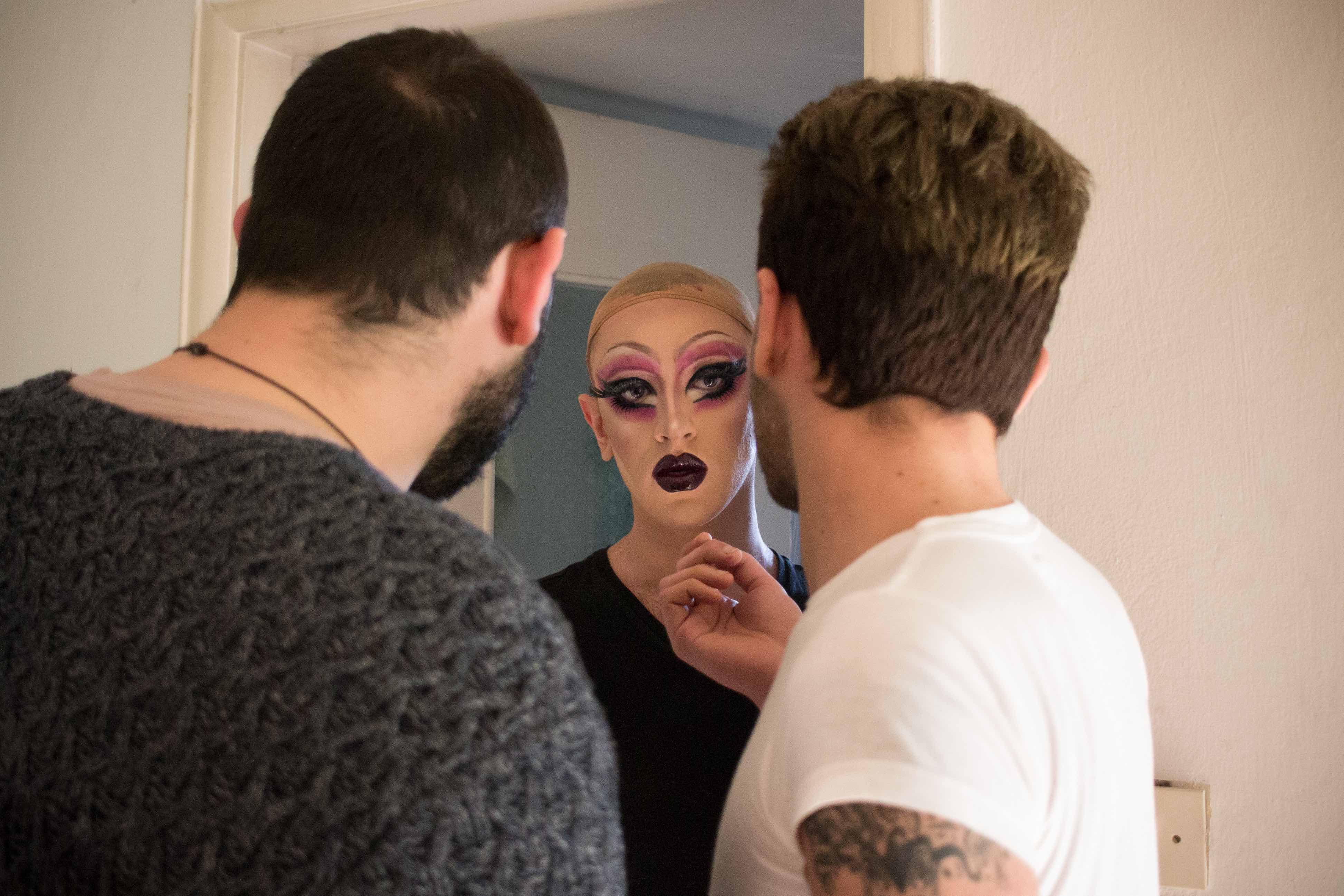 Despite the risk involved, the queens continue to walk the runway, refusing to let fear stop them from performing. About a month has passed since Beirut’s most recent Vogue Ball, where, yet again, Latiza Bombé was crowned champion. In late September, despite the events of last year, Beirut Pride will happen once more.

“At every event, there are new people coming in then out as a drag queen, just exploring and having fun,” says Anissa. “Once people understand what drag is all about it will get better and better.”

“I think there’s a big future for the LGBTQ community in Lebanon. One day, it will be legal.” 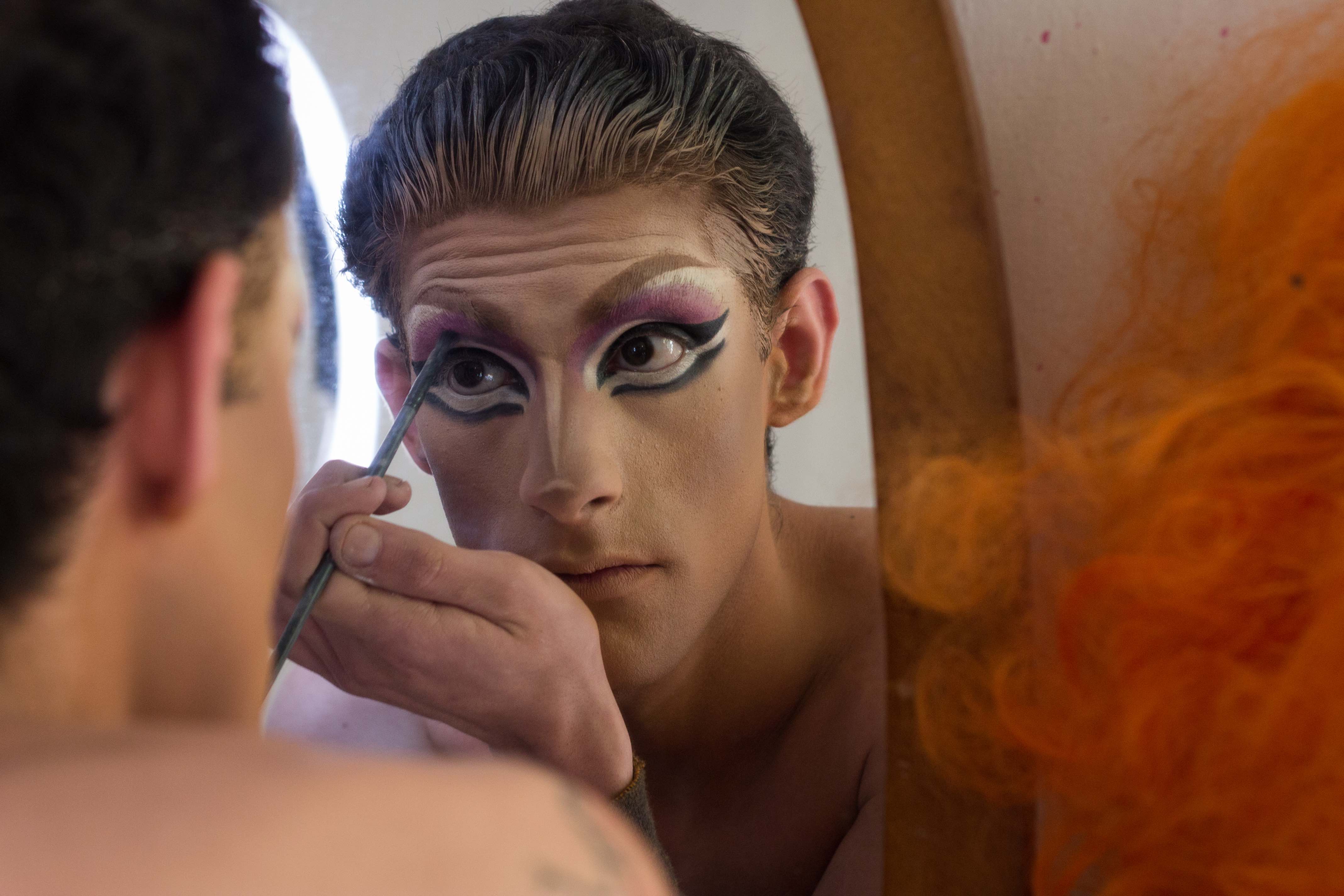 See more of Frankie Mills’ work on her official website.

Linkedin
RELATED ARTICLES
OTHER ARTICLES
In 1984, Martin Shakeshaft set out to document the miner’s strike as it really happened, using his photography as a tool for activism.
In Sheffield, food delivery drivers are fighting back against one of the giants of the gig economy.
Leading art critic Robert Storr reflects on the photographers – from Seydou Keïta, to Malick Sidibé, to Carrie Mae Weems – who helped to transform and redefine the medium.
As the role of the nuclear family is increasingly called into question, people are finding new ways to exist outside heterosexist norms.
Hundreds gathered together to protest the policing bill by making as much of a racket as possible.
While the popular news aggregation service has been kicked off Twitter, its demise does not spell the end of digestible misinformation.