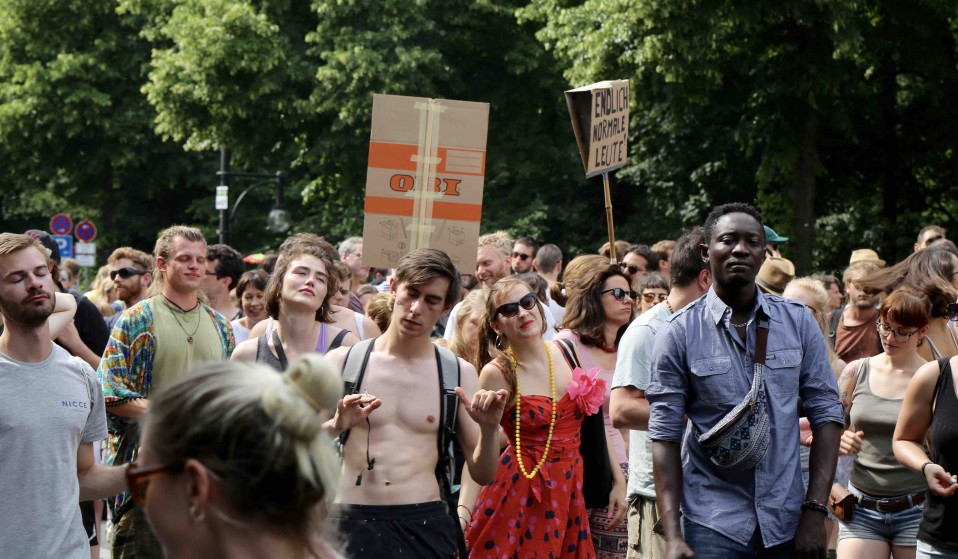 On Sunday, an estimated 70,000 people from the city’s clubbing community took to the streets to counter-demonstrate against the far-right AfD (Alternativ für Deutschland) party: ‘We are progressive, queer, feminist, anti-racist, inclusive, colourful and we have unicorns.’

On Sunday, an estimated 70,000 people from the city’s clubbing community took to the streets to counter-demonstrate against the far-right AfD (Alternativ für Deutschland) party: ‘We are progressive, queer, feminist, anti-racist, inclusive, colourful and we have unicorns.’

An estimated 70,000 people took to the streets of Berlin on Sunday to oppose a rally organised by the AfD (“Alternativ für Deutschland”), Germany’s far-right party, which itself attracted almost 4,000 people.

In incredible scenes, over 170 clubs, event groups and cultural institutions joined forces to organise a huge counter-protest headlined as “Kein Dancefloor für Nazis” (No Dancefloor for Nazis), which apparently aimed to “bass away the AfD.”

“We need to politicise society” explained Rosa, one of the members of the Reclaim Club Culture group, which initiated the call to unite anti-AfD protesters across the city. “Berlin clubs have a responsibility to bring people together because of their huge network and reach. If you have that position of power you have to use it. Nazis represent everything we are not and we want to make sure they have no space on our streets.”

The mass demo comes two weeks after the Tbilisi protests, which saw thousands of demonstrators dance to techno music in front of the Georgia parliament building after police raided two of the city’s favourite clubs. While Berlin is far from having the punitive laws Tbilisi has, this demo was another occasion to show how techno and club culture interconnect with the politics of tolerance and diversity. As the Reclaim Club Culture organisers said in a statement: “We are progressive, queer, feminist, anti-racist, inclusive, colourful and we have unicorns.” 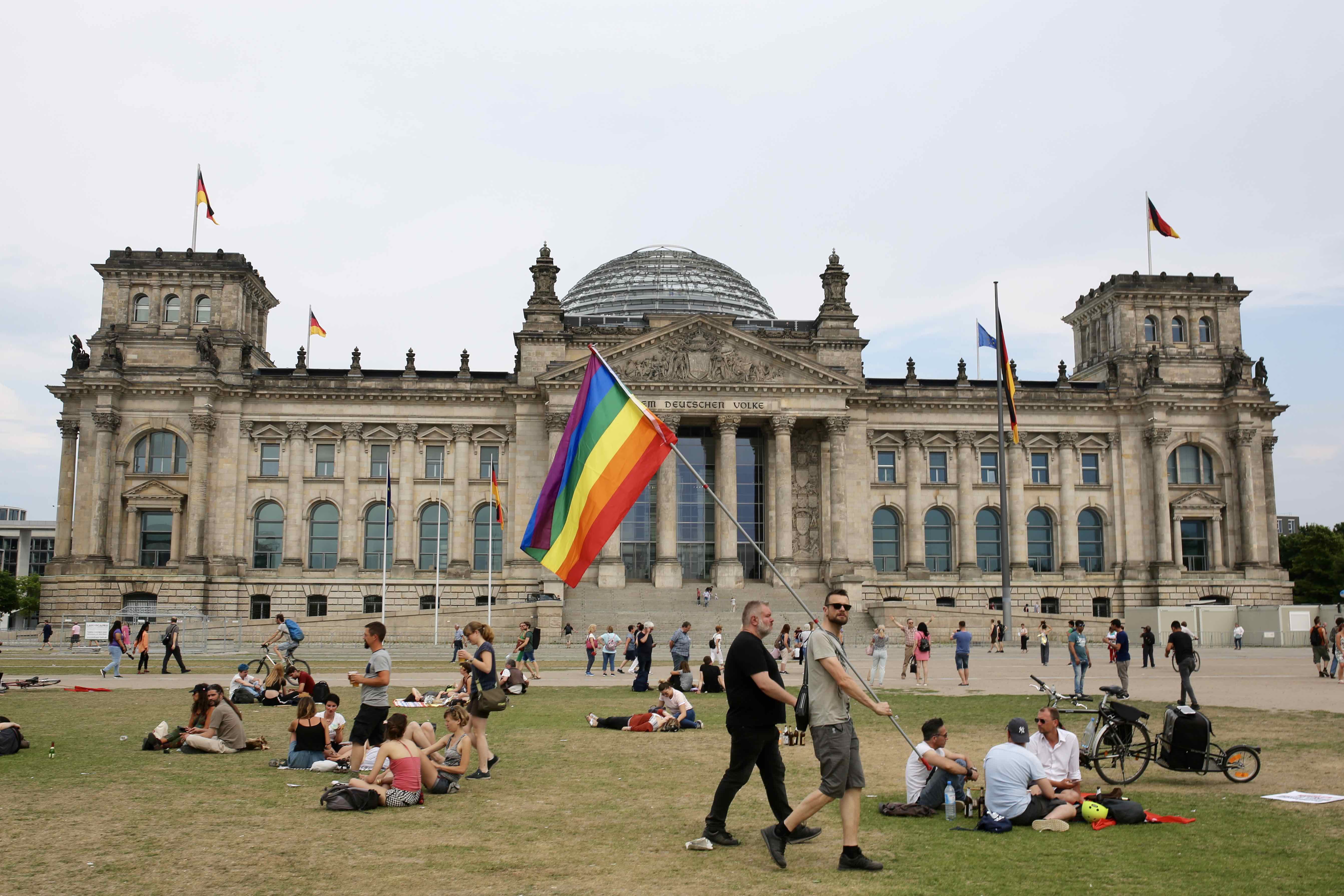 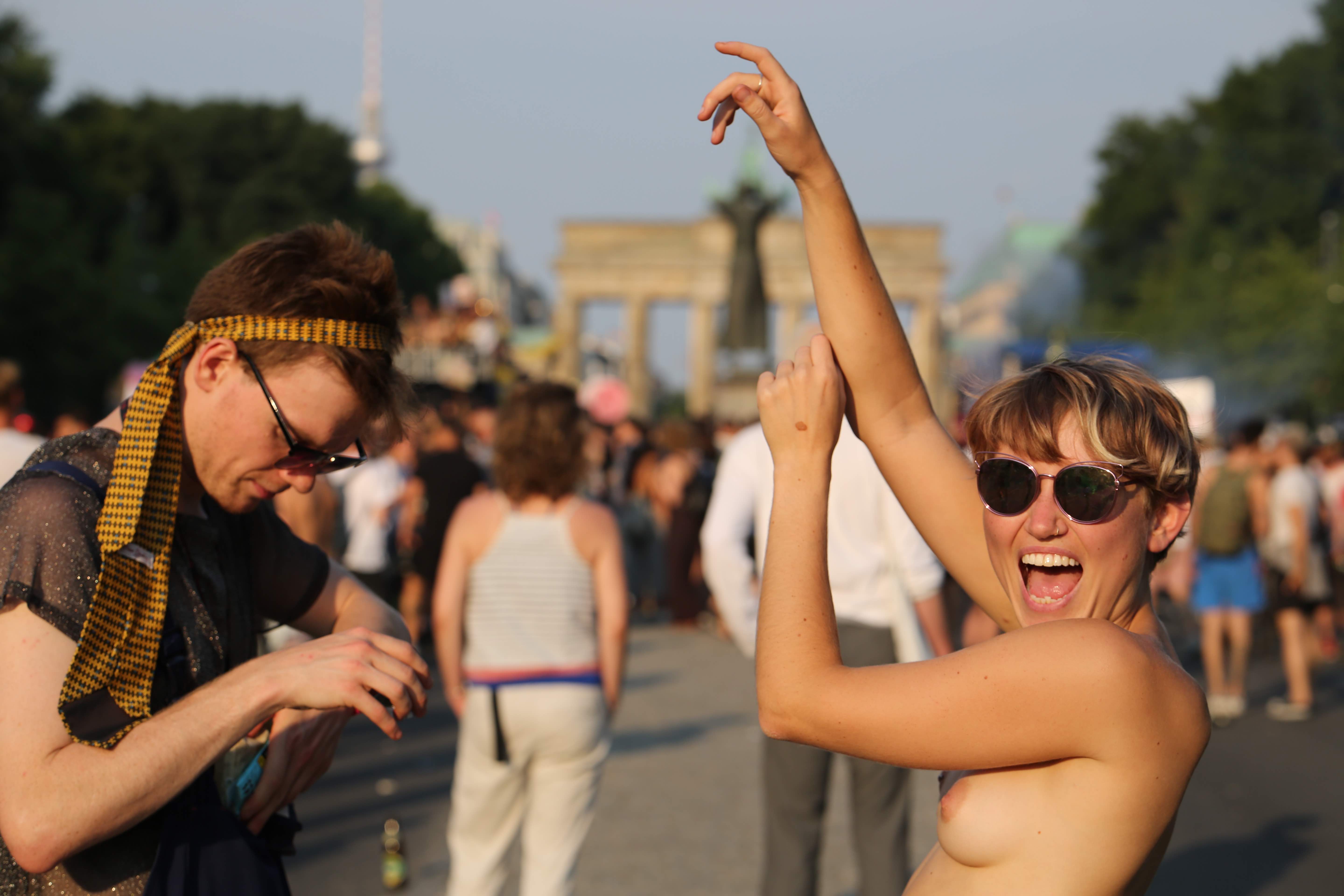 While techno became a soundtrack for unification in the years after the Wall fell, the recent pressures concerning rising rents, campaigns for noise-reduction and an increasing wave of right-wing populism has forced Berlin’s club culture to return to its political roots.

“Berlin clubs were provoked,” affirmed Corinna Genschel, a liaison officer for Die Linke, the German left-wing party, who holds a stand close to the Bundestag with the organisation ‘Stand Up Against Racism.’ “After the AfD issued a letter petitioning to shut down Berghain, it was sure that the clubbing scene would react.”

“We often organise rallies against right-wing populism, but sometimes the AfD give us an additional reason to protest.”

The intention to politicise the clubbing scene in Berlin comes at a critical point, with the AfD’s popularity rising across the country following Merkel’s decision to welcome more than a million refugees in 2015. What’s more, the party received enough votes in the German elections last September to claim 13 per cent of seats in parliament, where they became the first far-right party to enter German parliament since World War II. 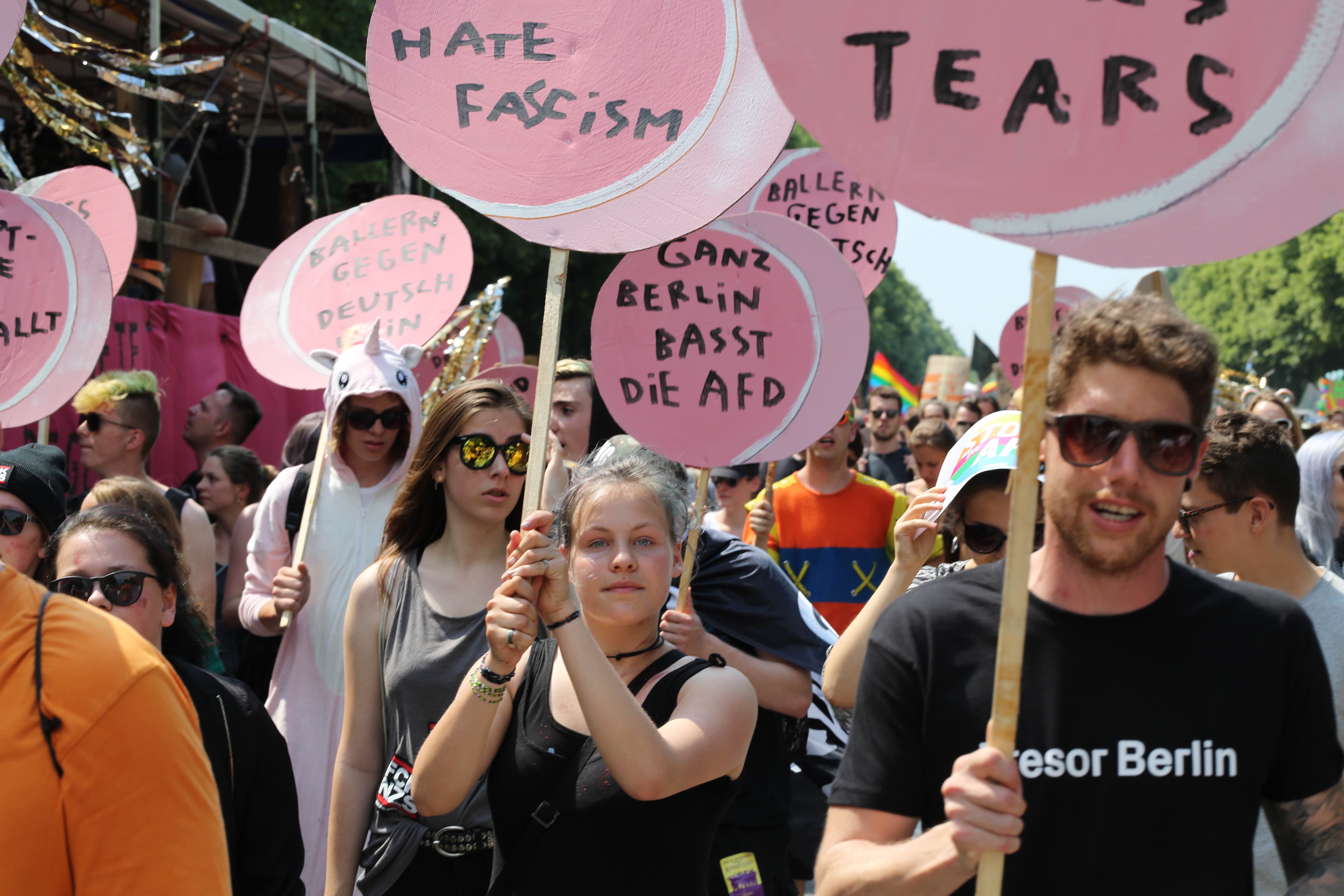 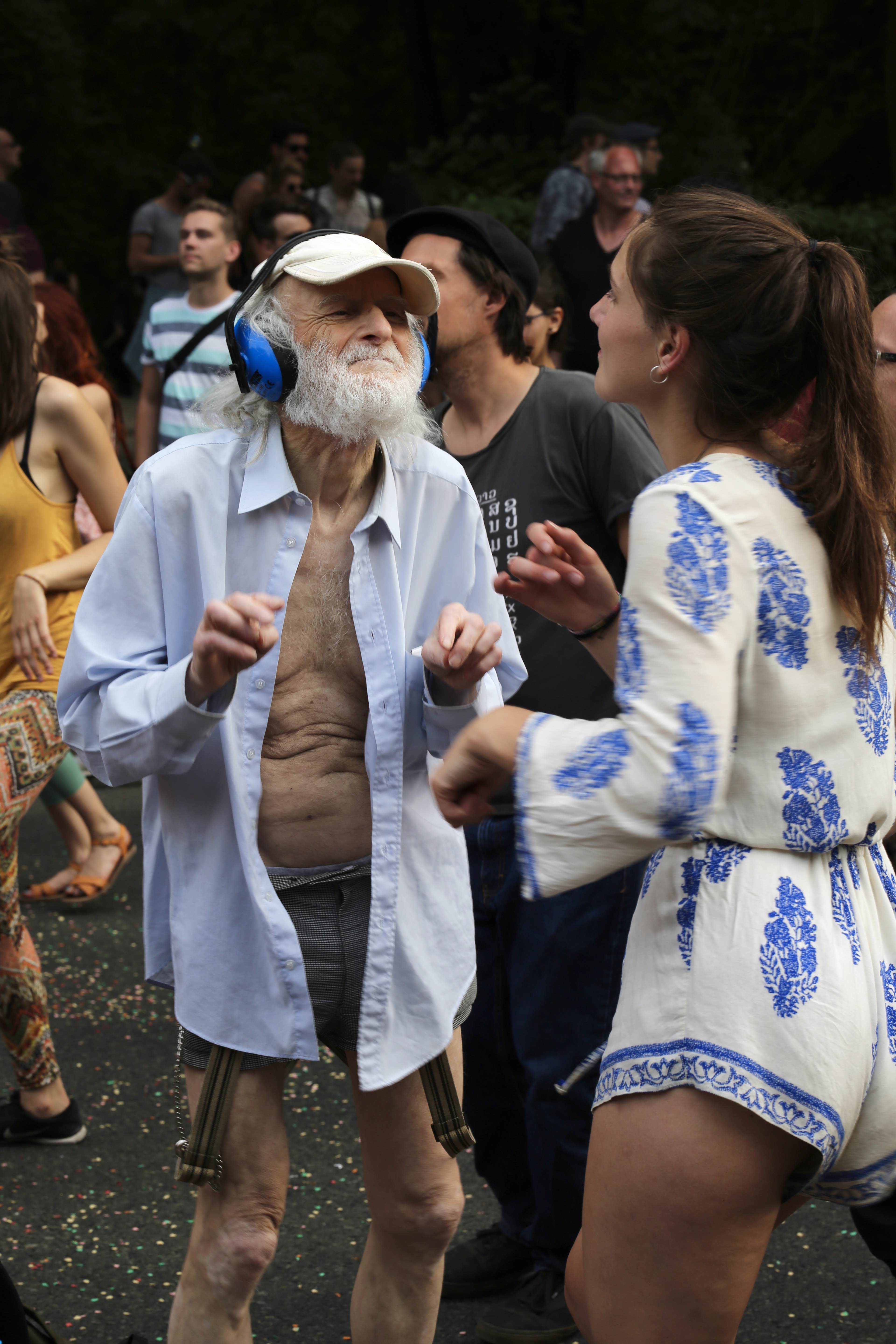 However, with no reports of violence or aggression between the opposing groups of protesters, and 2,000 police officers ensuring they would remain distanced, it was clear that – despite outnumbering AfD supporters by tens of thousands – anti-AfD demonstrators were using peaceful self-expression as a form of protest.

“We don’t want to fight the police today,” an activist from Reclaim Club Culture explained. “We just want to drown out the AfD’s sound and affirm that their fear has no substantial basis.” Beyond the gates separating the two groups, the 2km walk from Brandenburg Gate to the Großer Stern statue in the Tiergarten saw a dozen trucks blasting music and people from all walks of life; a colourful and vibrant melting pot of Berlin’s communities.

“Only in Berlin will you find a protest that has techno blasting in every truck, families with small kids on one side, dancing grandpas on the other and naked people and frisbee-players in the middle,” said Martin, who runs down the streets with a group of Berlin friends. 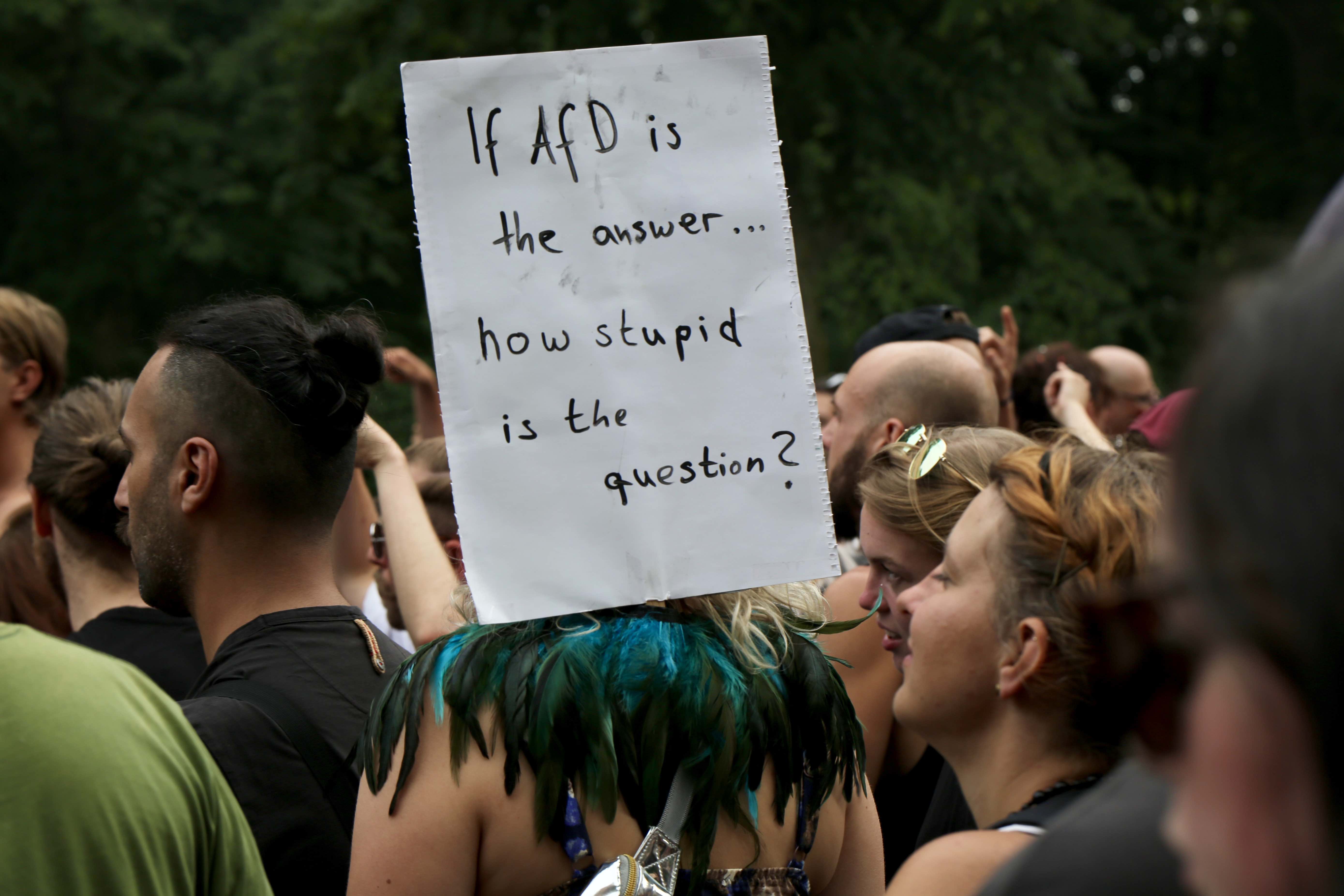 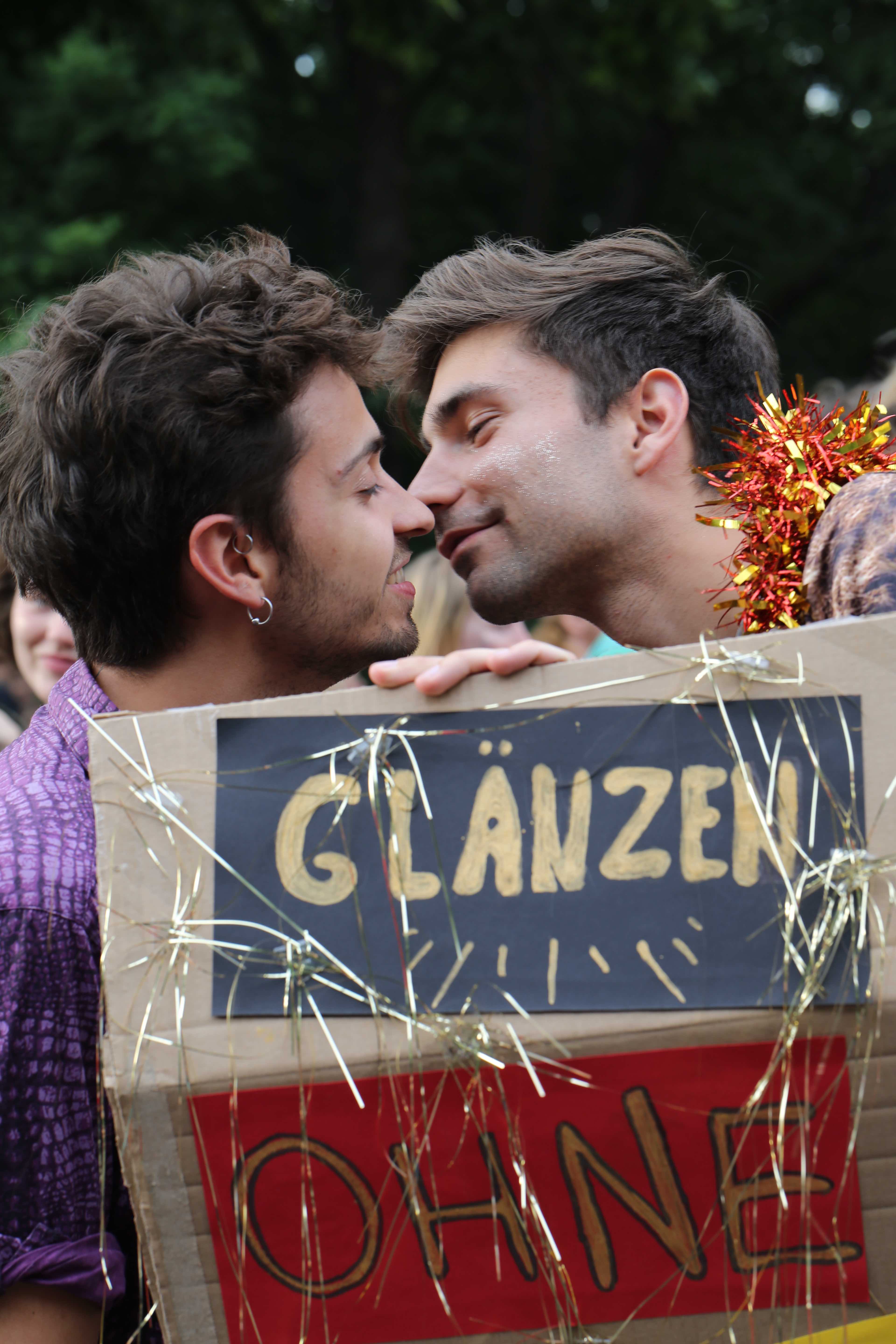 Johanna, who accompanied him, compared the situation to her year abroad at Berkeley: “I was in California for the anti-Trump protests after he got elected but they were so boring and straight. This whole ‘you can be whoever you want to be’ thing in the States is bullshit. Look around you here in Berlin and you can really feel that.”

Electronic club culture has long held the tradition of creating safe spaces for marginalised groups, ever since Chicago’s clubs for black gay men and New York’s ballroom community. This demo – which organisers emphasised was not a rave – was an opportunity to reiterate that Berlin’s clubbing community stood with minority groups.

“I had tears in my eyes when I saw them [AfD supporters] in thousands walking by the parliament building waving hundreds of German flags,” confessed Théo, a Franco-German who holds his boyfriend and a banner that says “Glänzen ohen Grenzen” (Shine without Borders). “We know this reality exists and that’s why we’re here. Now I feel relief because, finally, we showed our faces to the far-right. Finally, we’re united. Finally a bit of hope.” 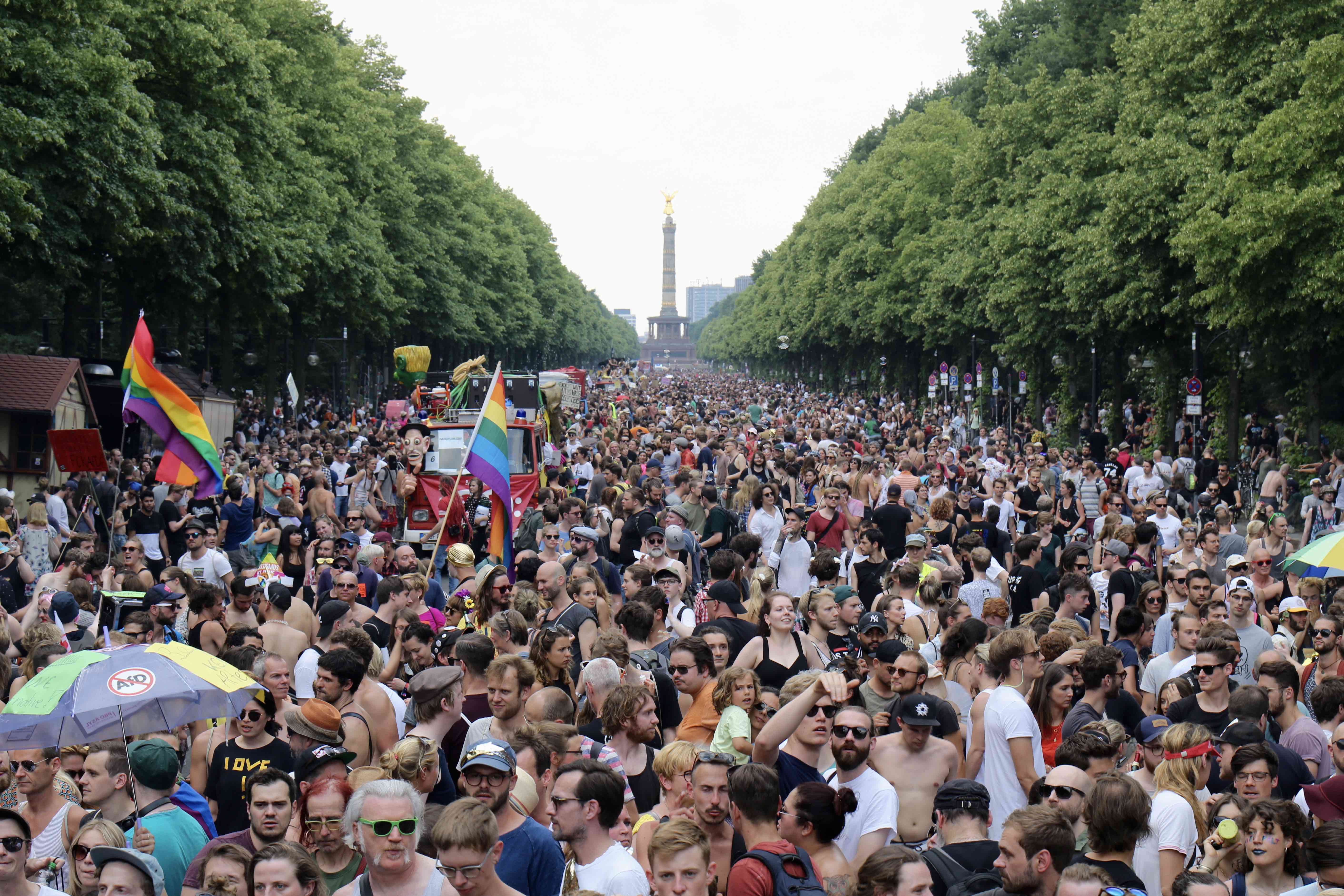 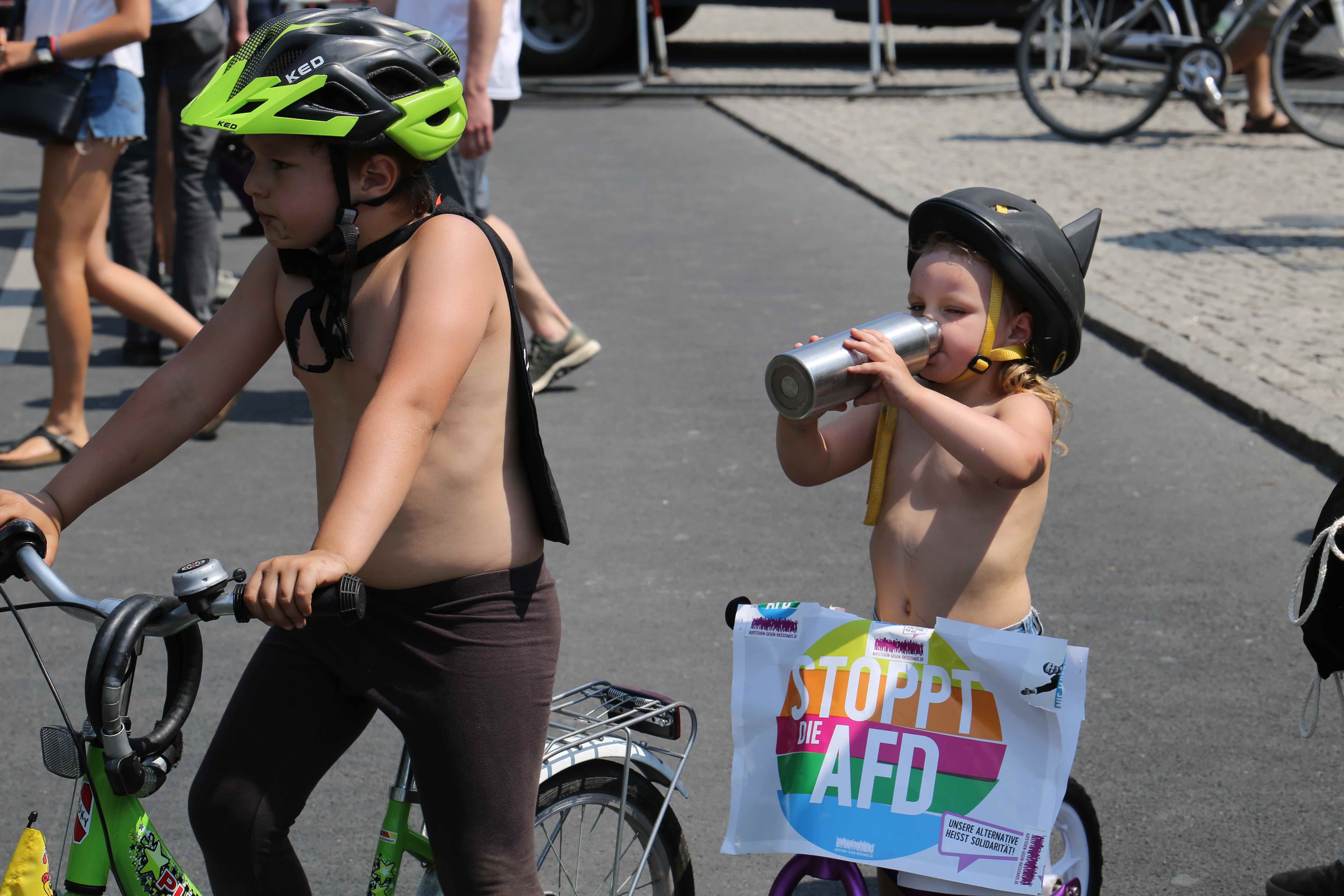 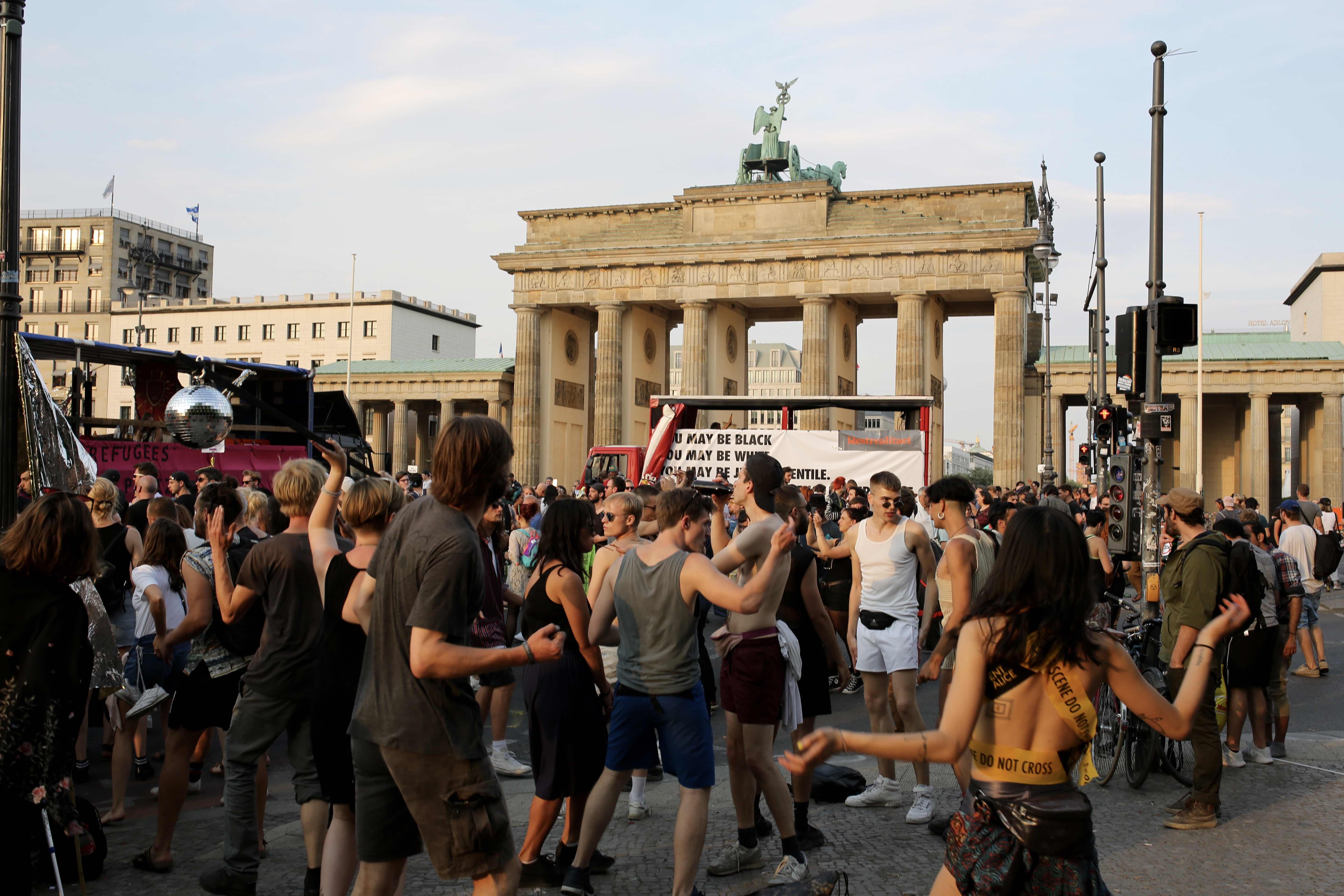 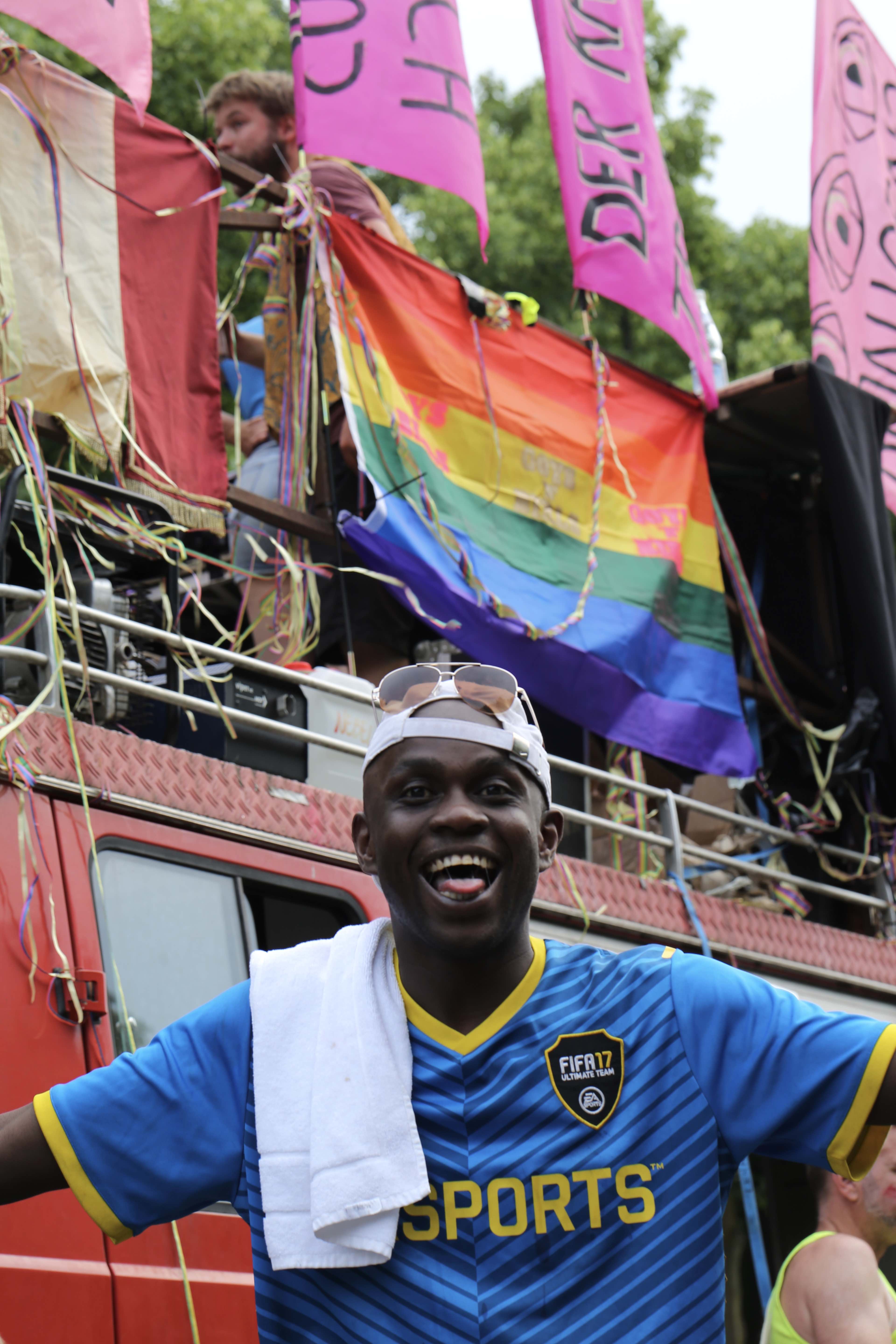 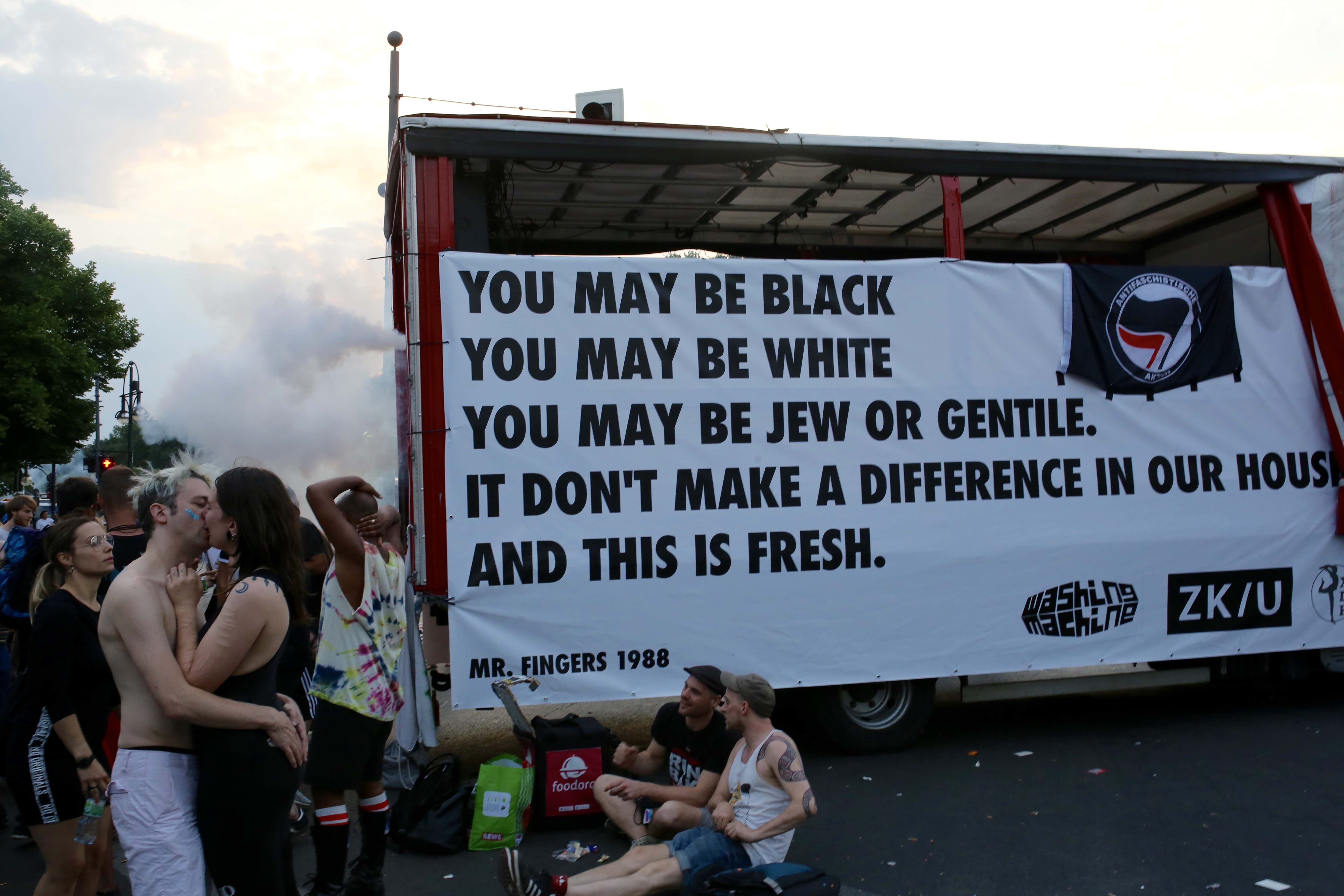 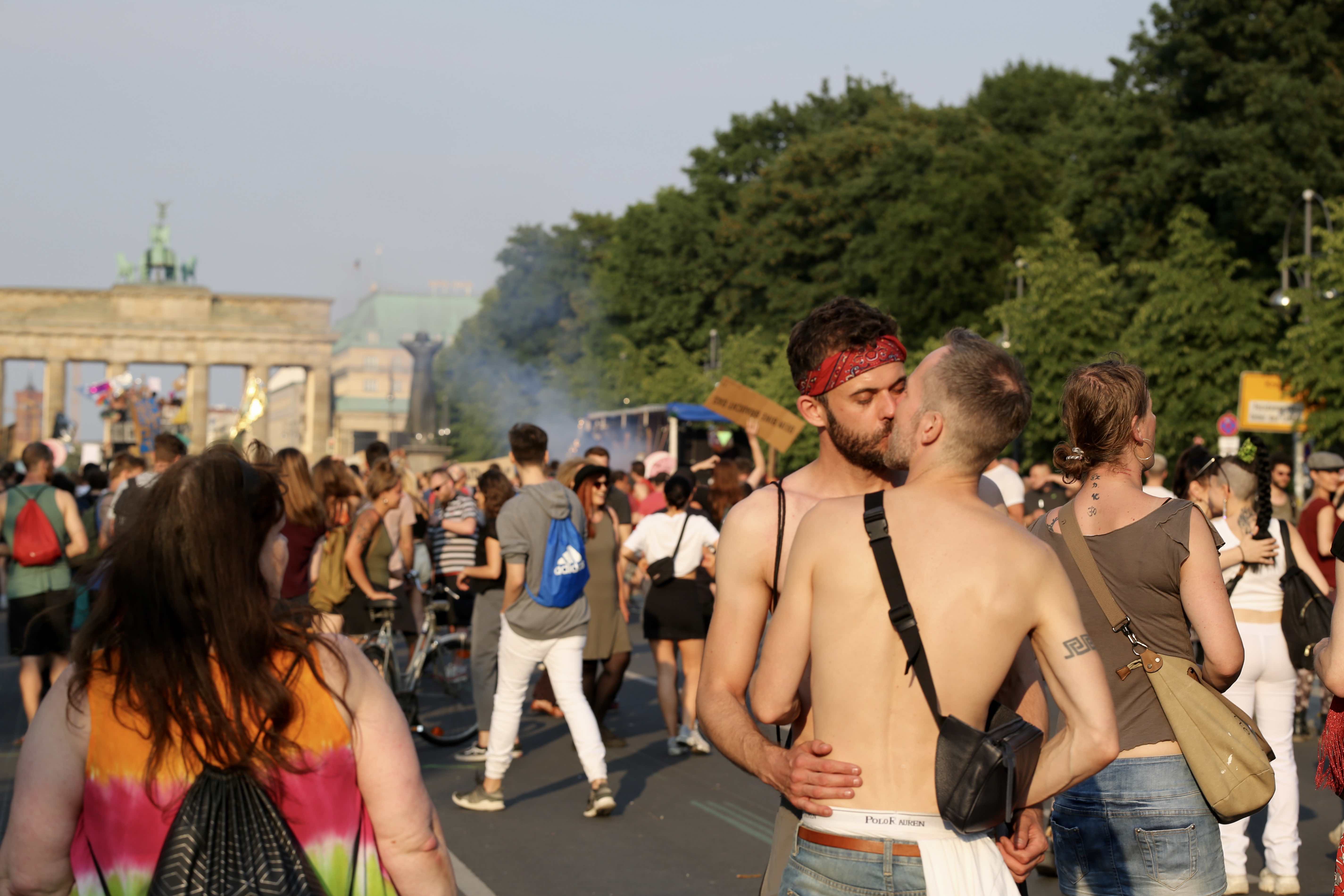 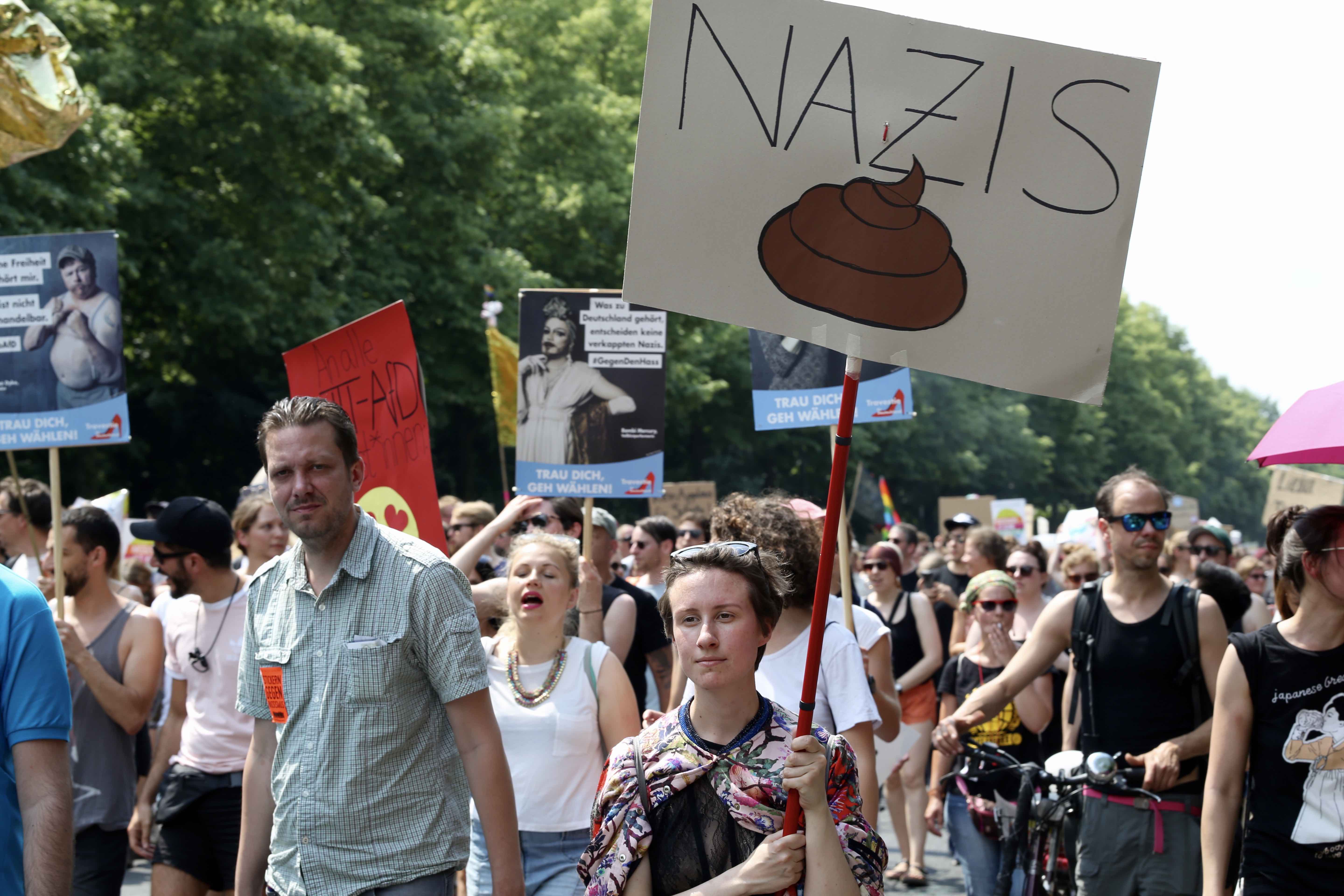 Linkedin
RELATED ARTICLES
OTHER ARTICLES
Birdy Chu reflects on documenting the historic moment in which the territory was formally passed back from the UK to China.
Yesterday thousands gathered outside Buckingham Palace after news of the Queen’s death broke.
For over a decade, gamblers have won big by employing people to place live bets from the court. But does this dubious method still work?
As the Scottish government announces a rent freeze, an activist with Living Rent who fought and won shares how they did it, and what must come next.
Financial turmoil is pushing people who work in the sex industry into more dangerous and desperate situations as a means of survival.
By turning a real-life crisis into daytime television fodder, TV bosses have once again shown themselves to be completely out of touch with audiences.