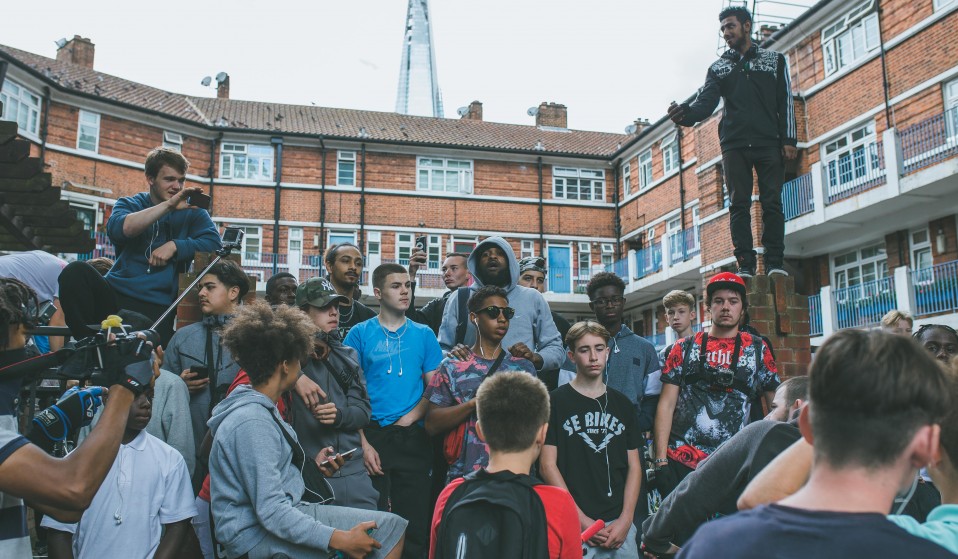 This weekend, hundreds of riders from across the city took part in a mass ride-out – stopping mid-route to pay tribute to the tower’s victims.

This weekend, hundreds of cyclists from across the city took part in a free mass ride-out – stopping mid-route to pay tribute to the tower’s victims. Huck photographer Theo McInnes went along for the ride.

This Saturday, hundreds of young bike riders gathered in Ladbroke Grove to pay their respects to the victims of the Grenfell fire tragedy. The cyclists – who were mostly in their teens and early twenties – were taking part in a free mass ride-out, biking across London from Tower Bridge to Wembley. After reaching the Grenfell site mid-route, they stopped to gather for a moving two-minute silence.

The regular ride-out, otherwise known as Bikestormz, sees thousands of young cyclists in the UK horde together for meet-ups. Bonding over their shared passion for riding, they weave through traffic, show off tricks, and play chicken with cars. In a country that’s offering less and less to its young people, Bikestormz has become a strong social movement. 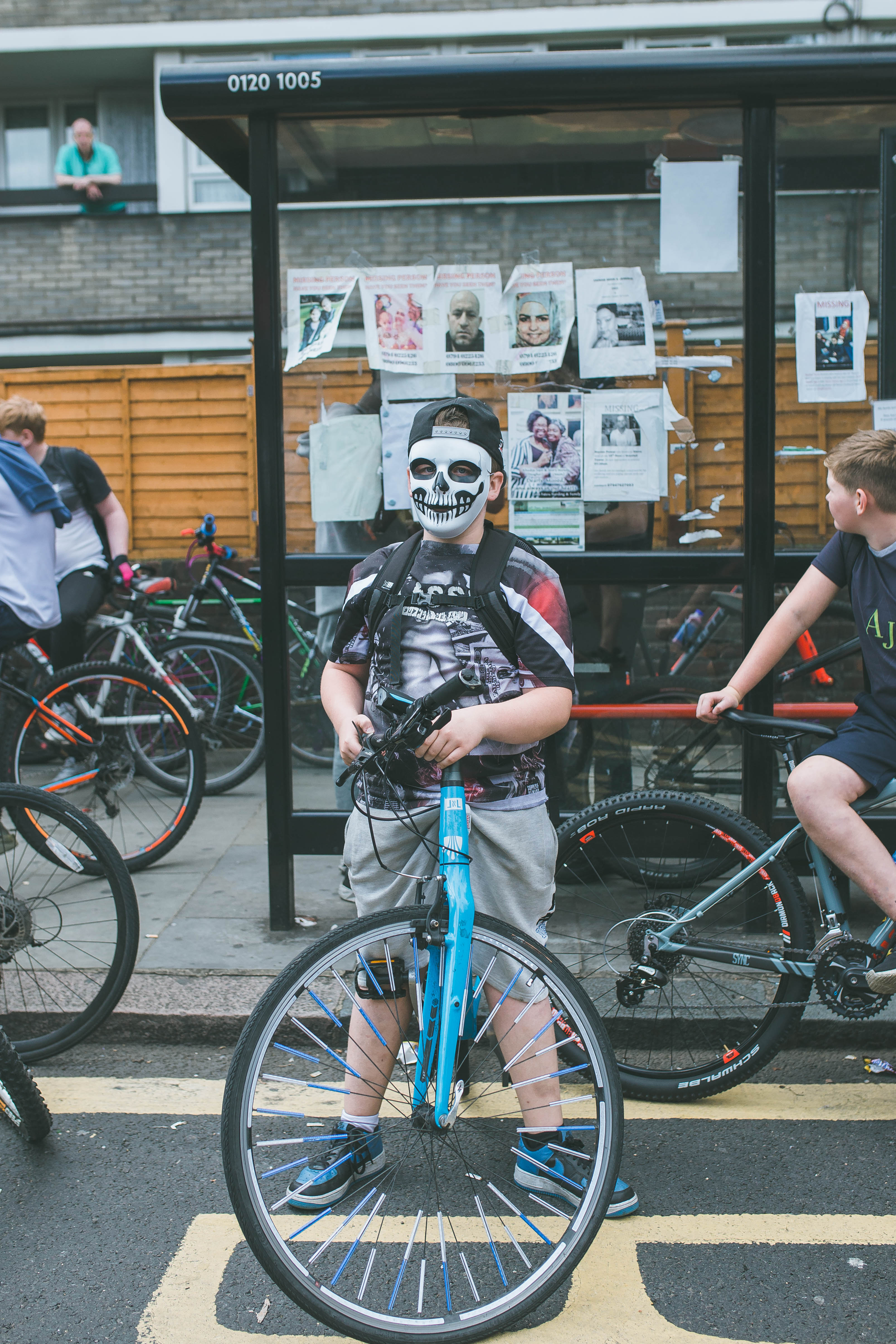 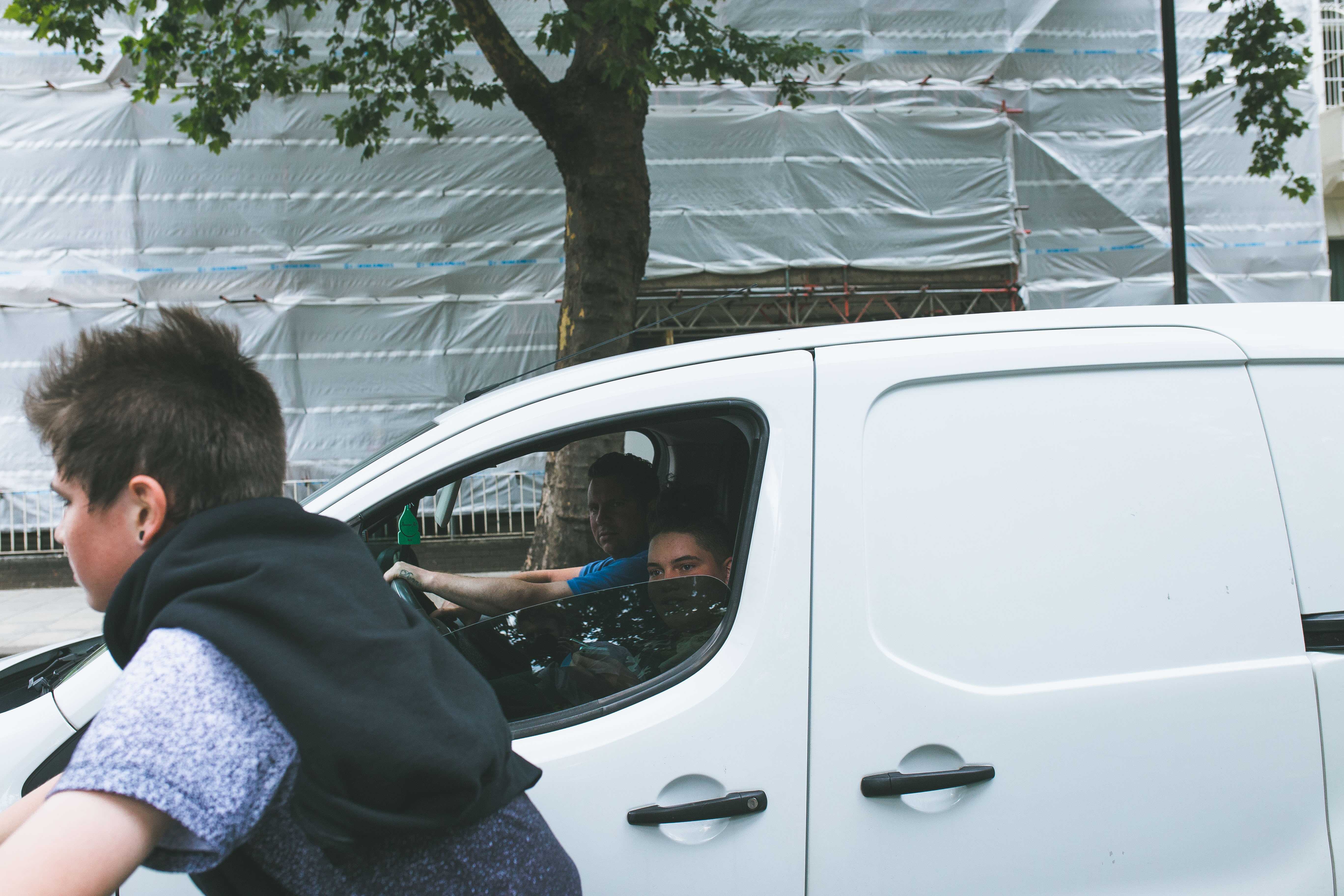 “Going to Grenfell shows that the movement is respectful, despite how people who don’t get it see them,” explains Theo McInnes. The Huck photographer tagged along for the weekend’s ride, and felt warmed by the community spirit on show.

“They went there to show respect for the people who had so tragically lost their lives. It was a statement really, showing everyone that they are not disrespectful and that, as a movement, they do care about others – in a city where so many may see them as menaces.” 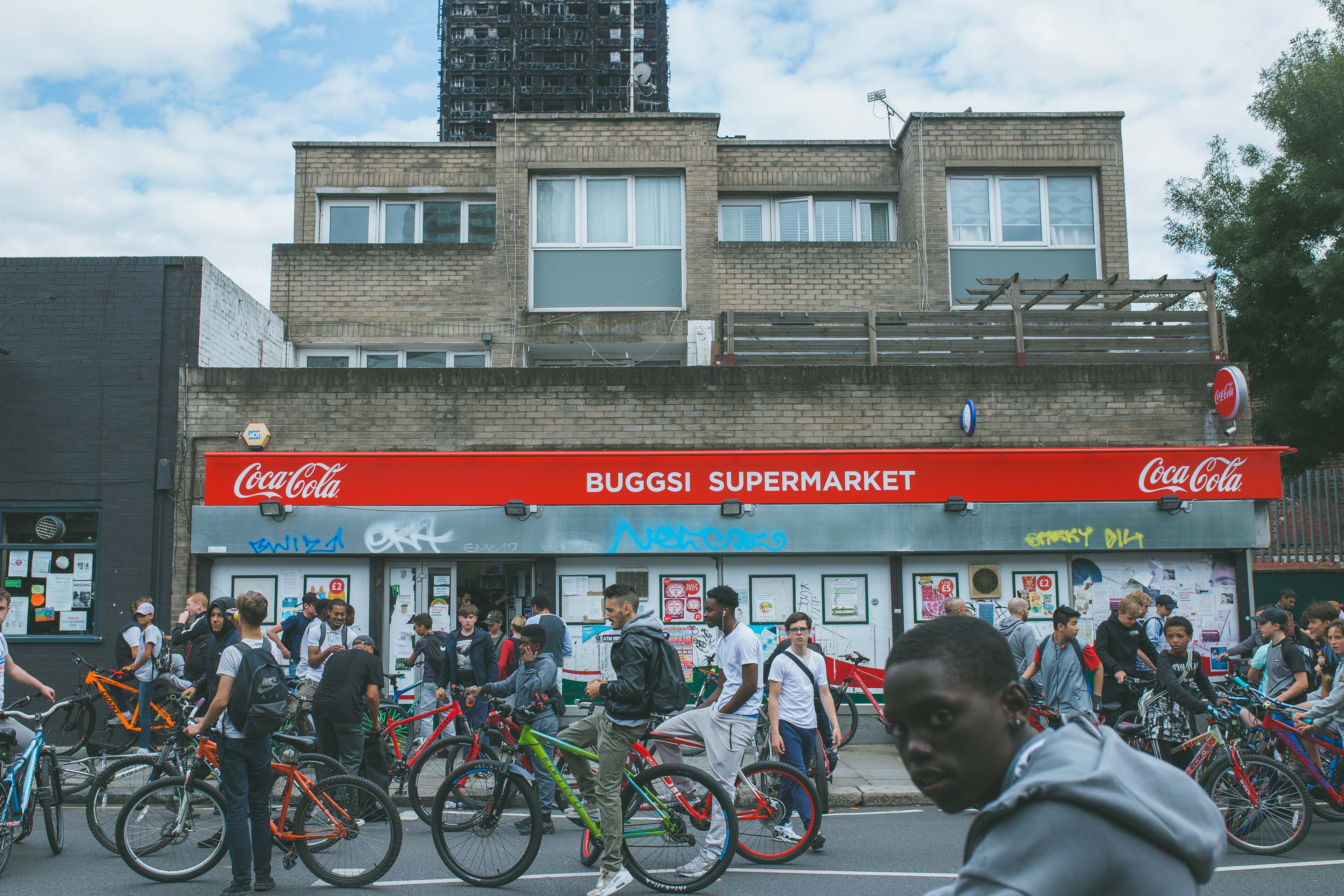 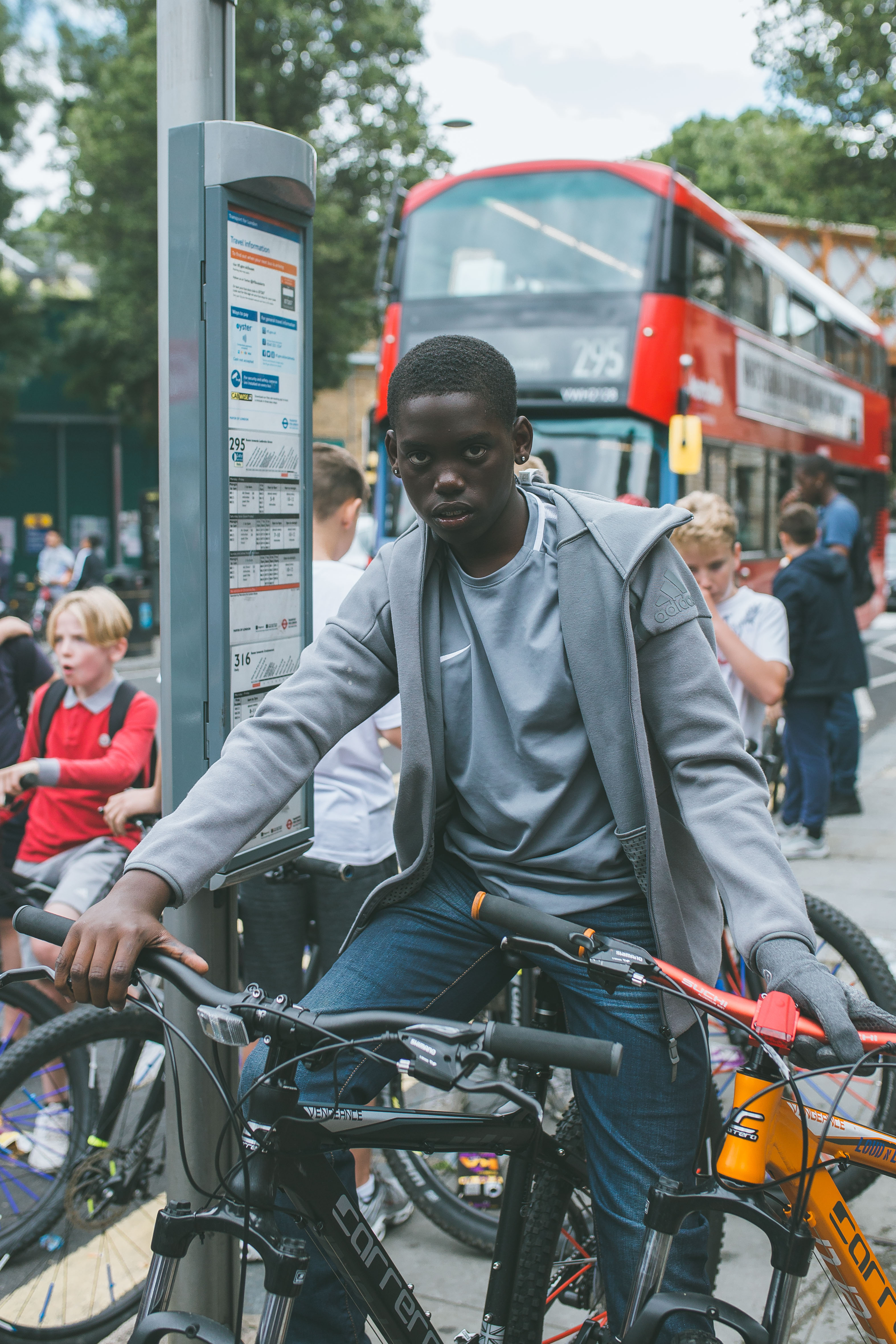 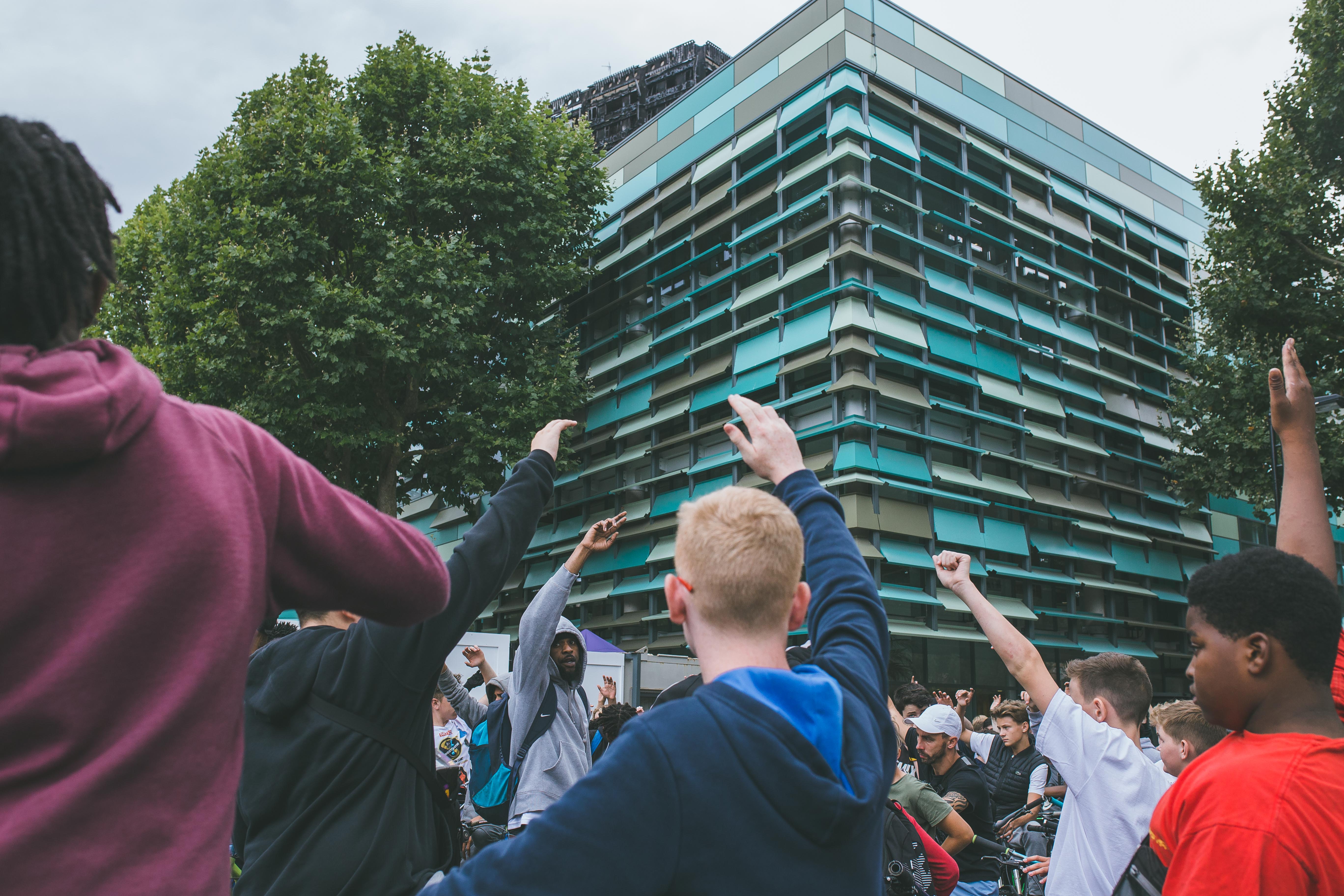 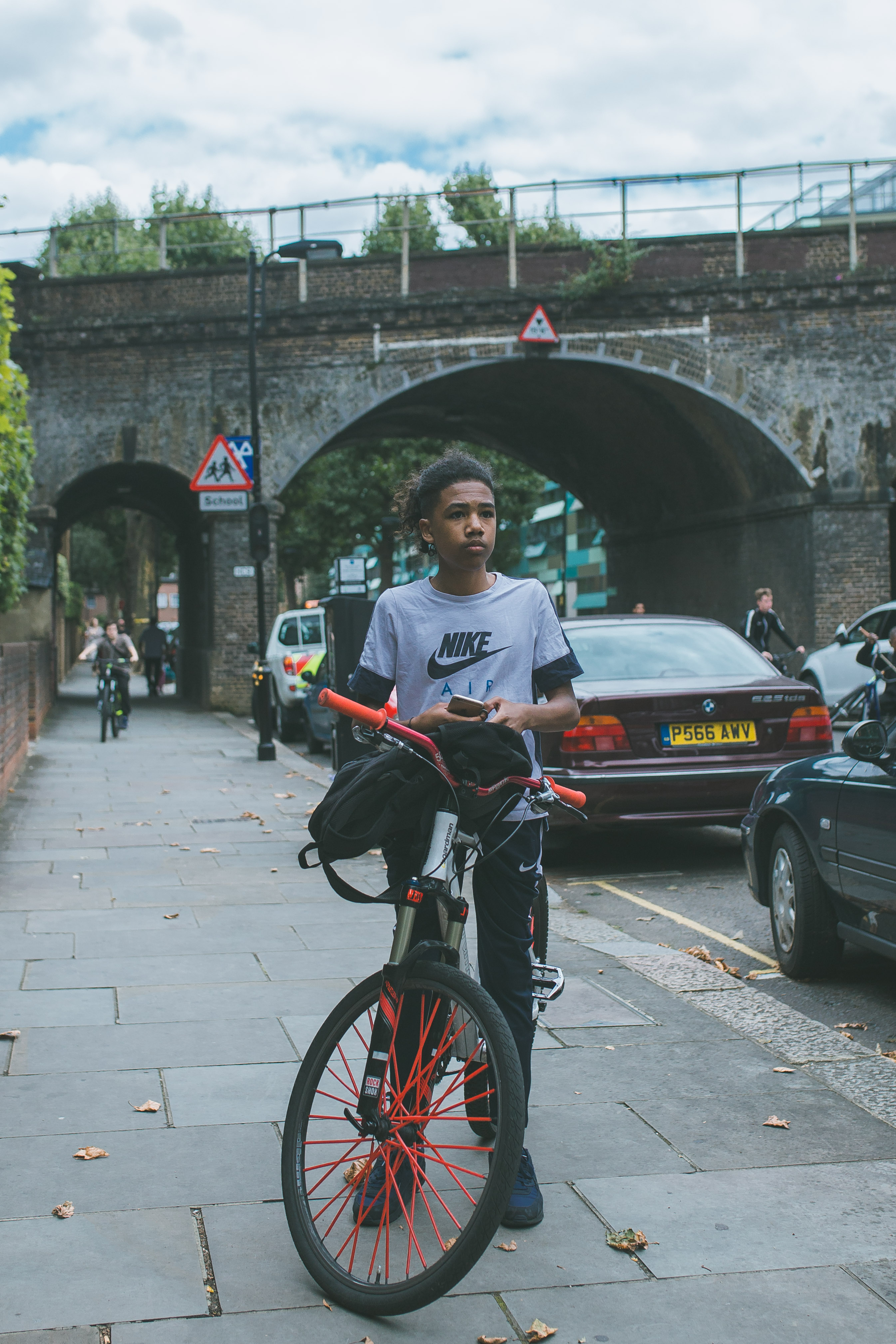 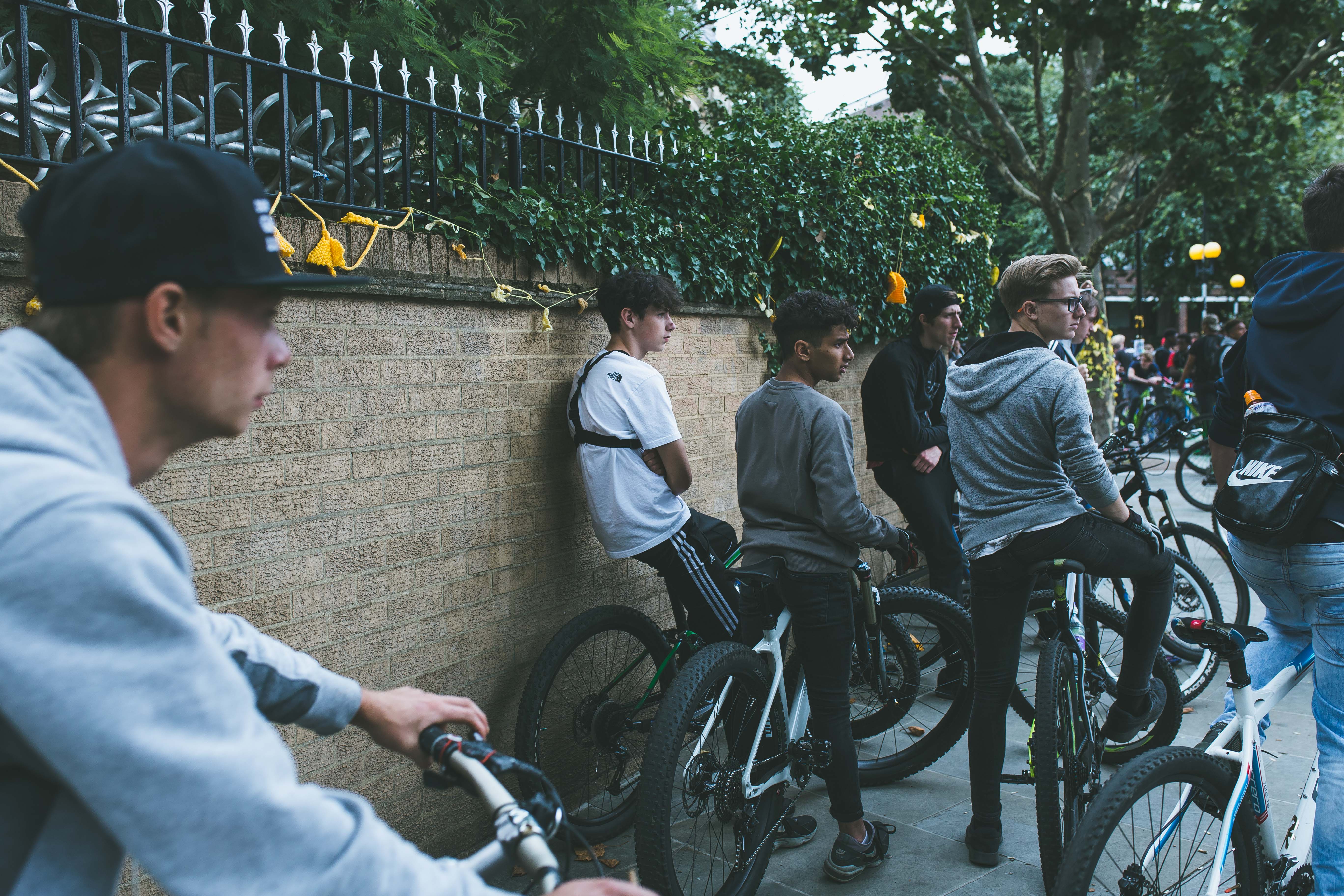 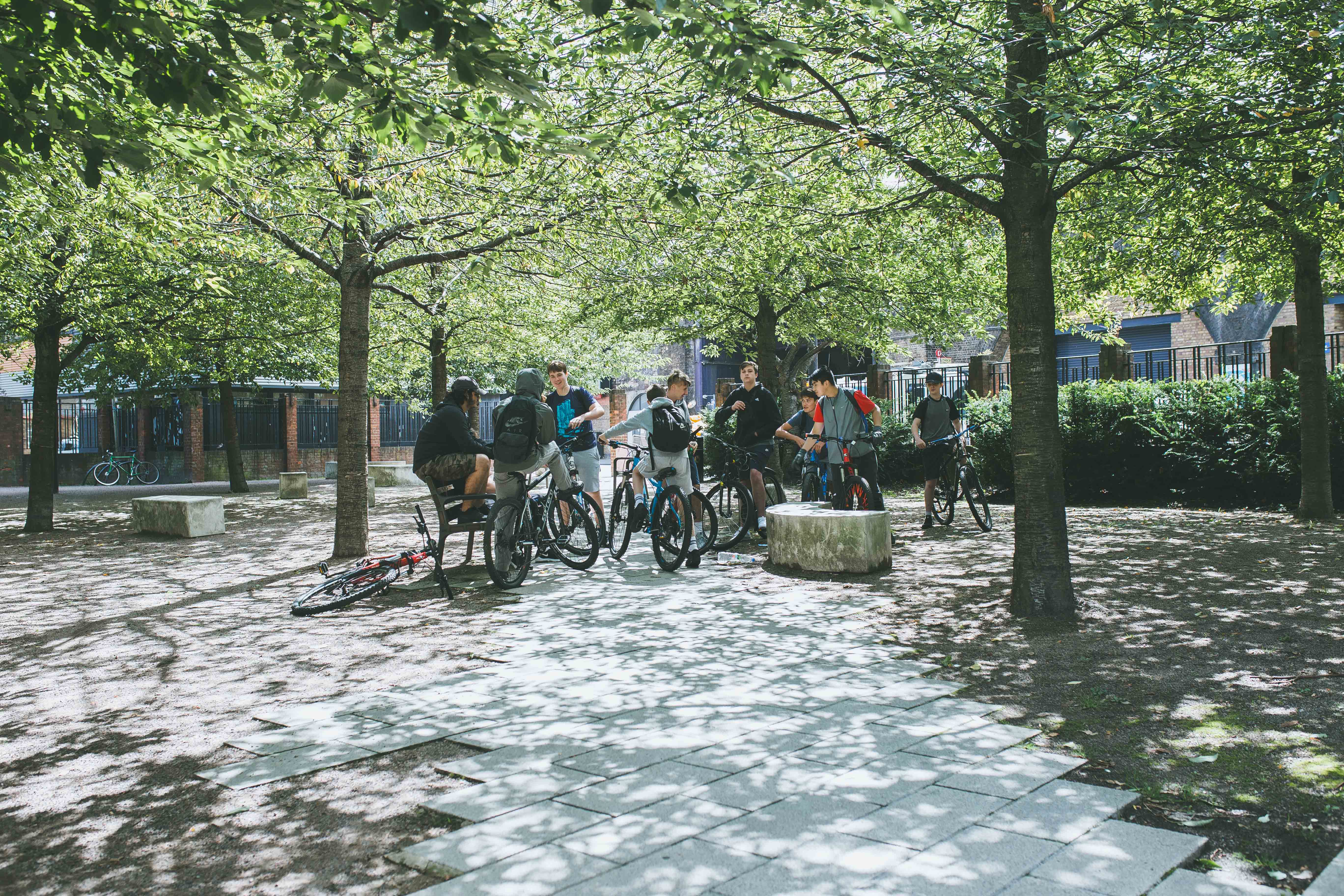 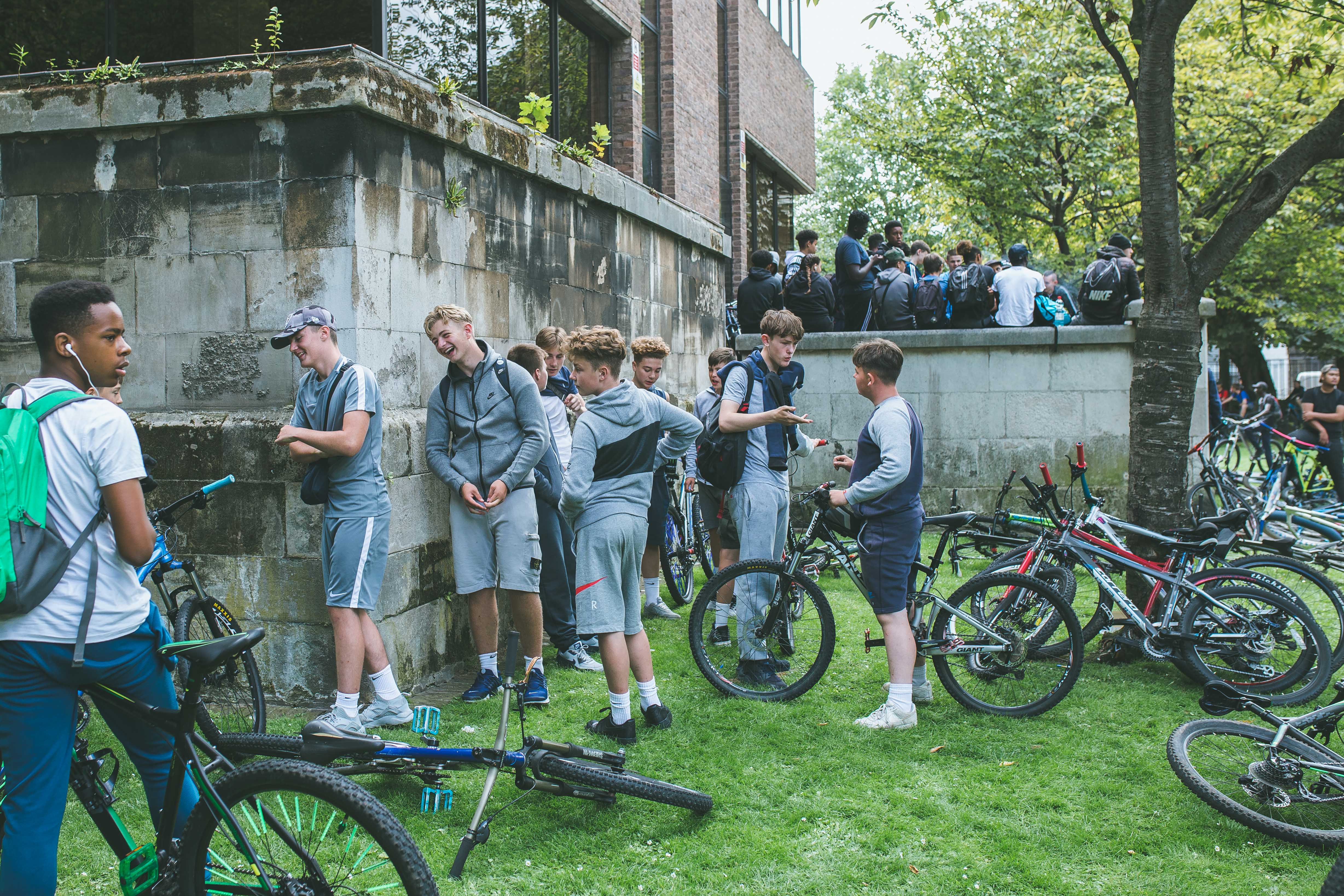 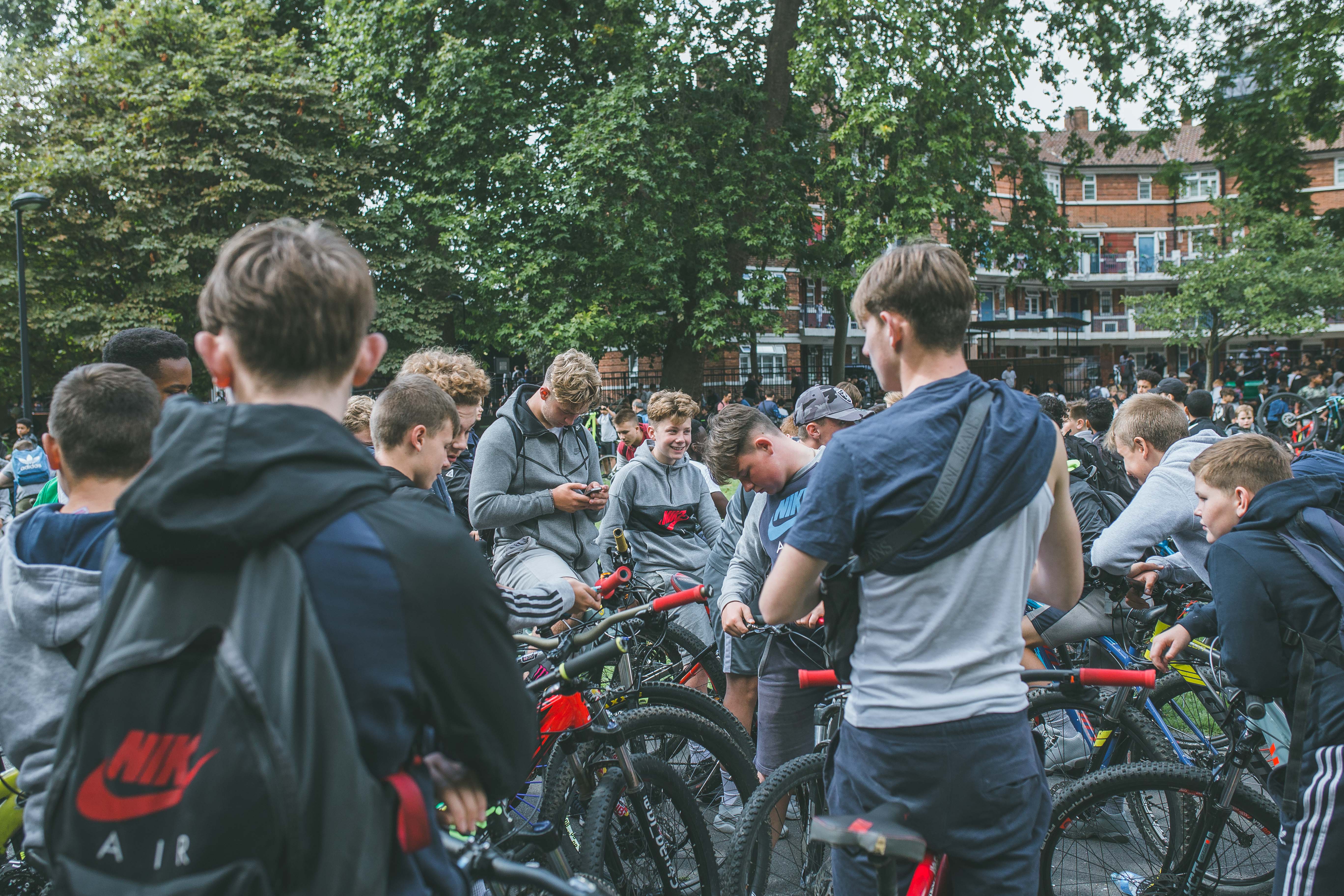 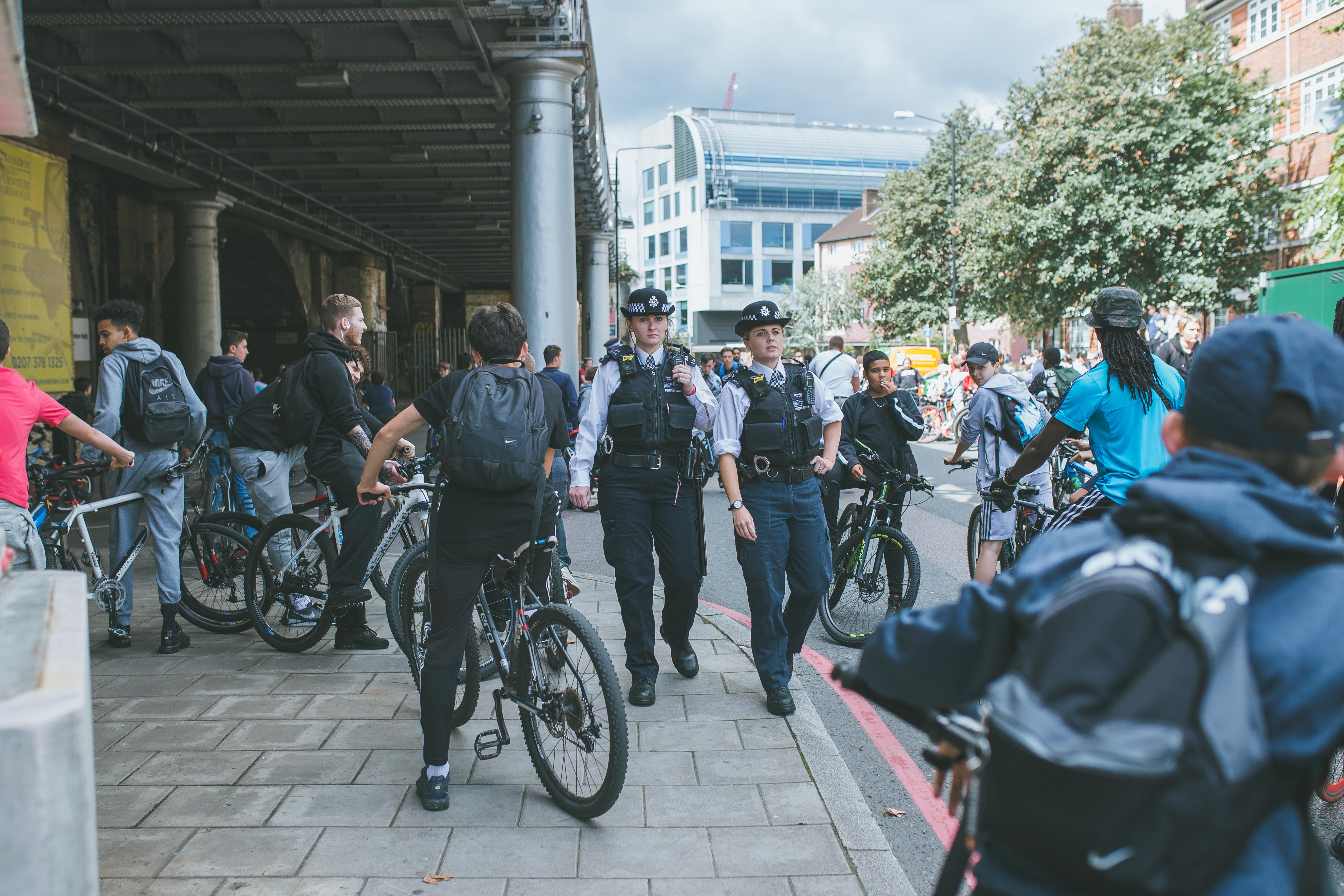 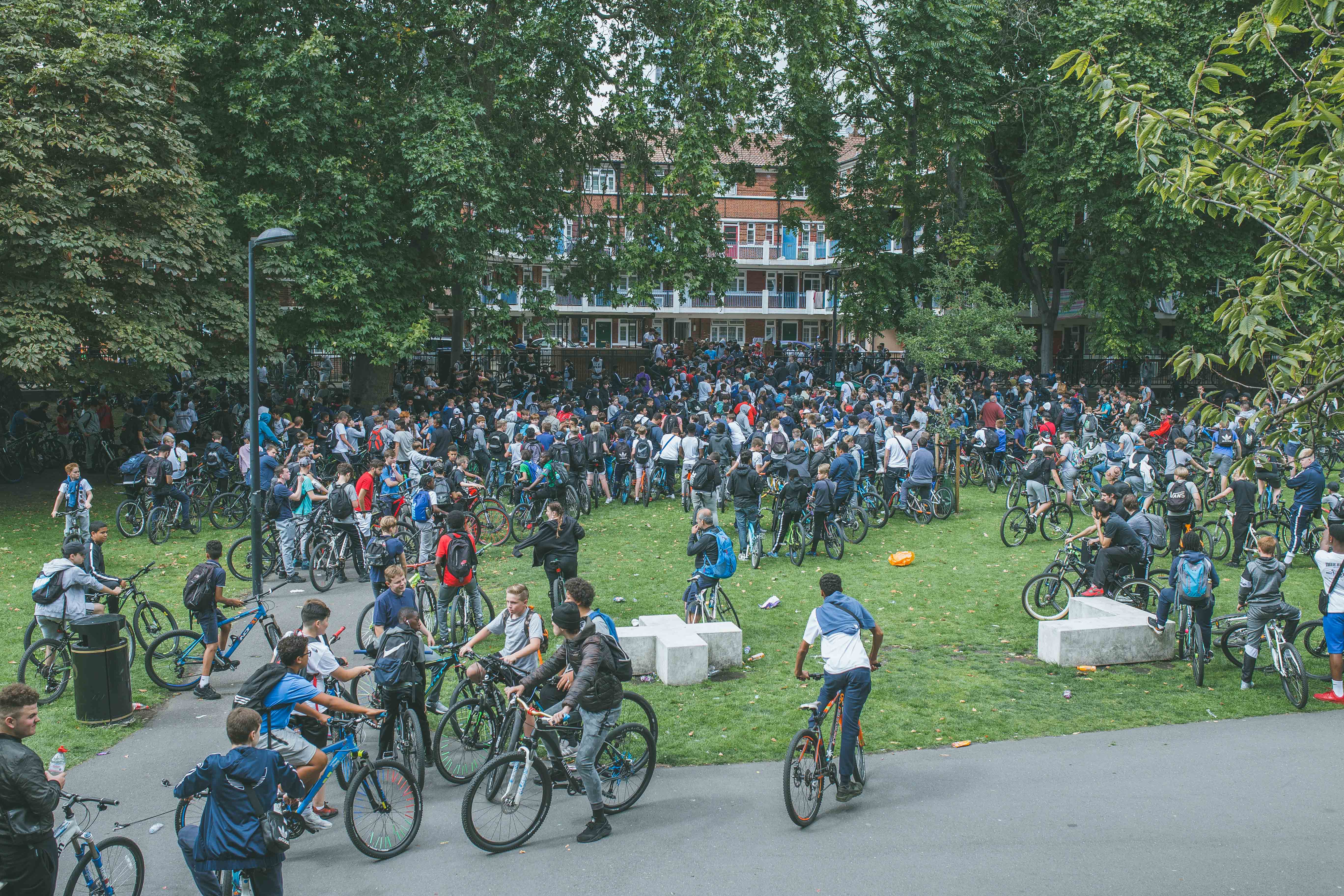 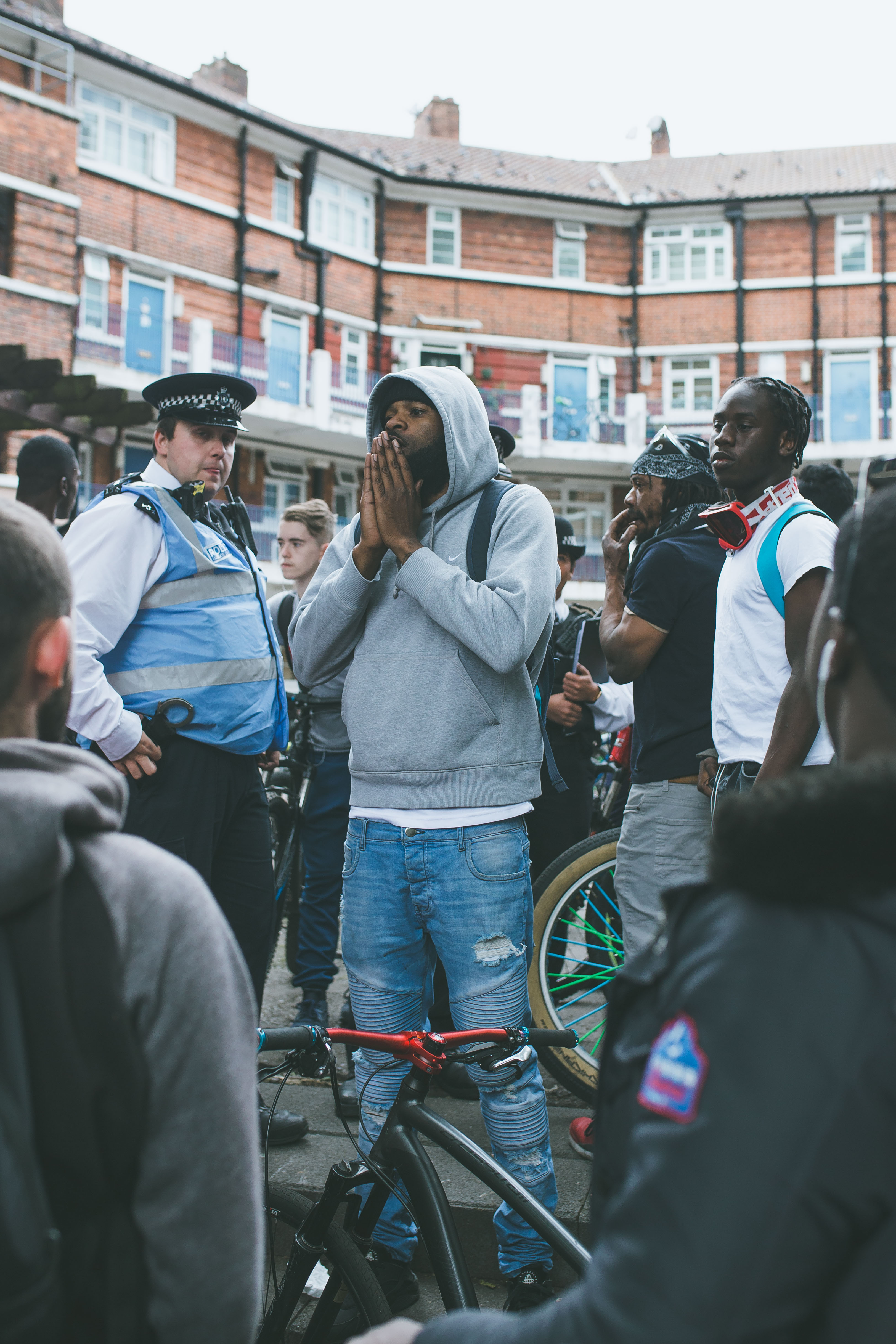 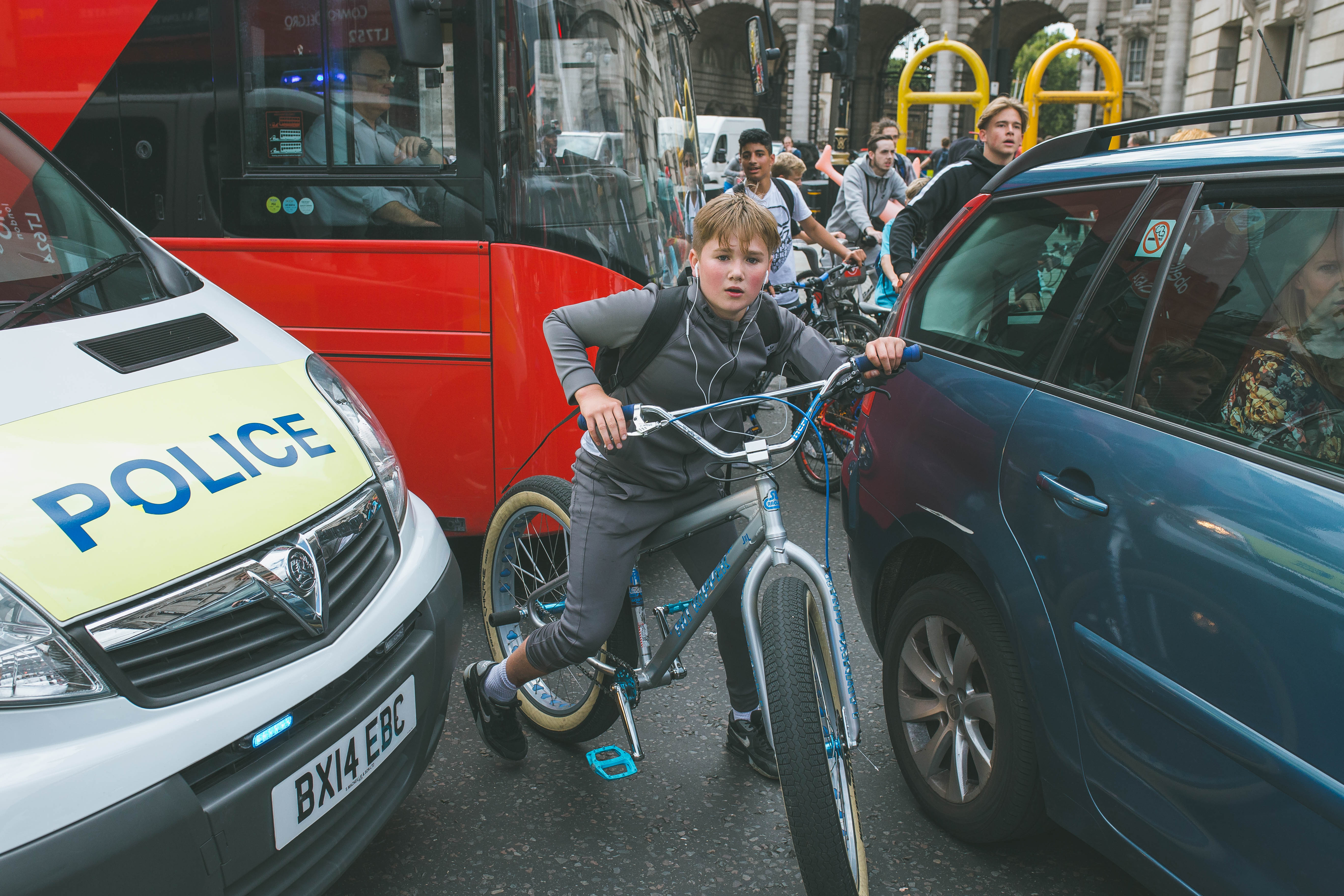 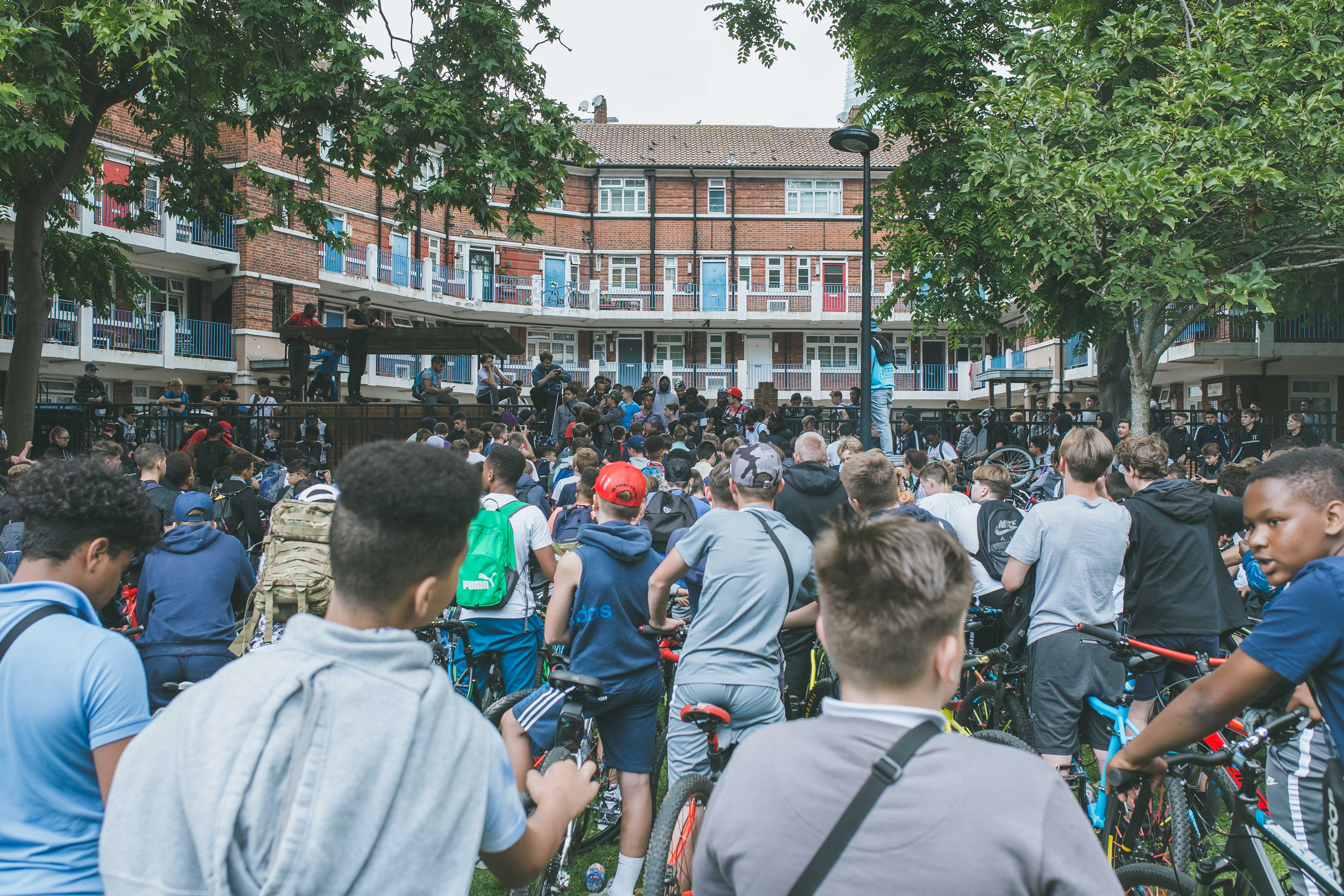 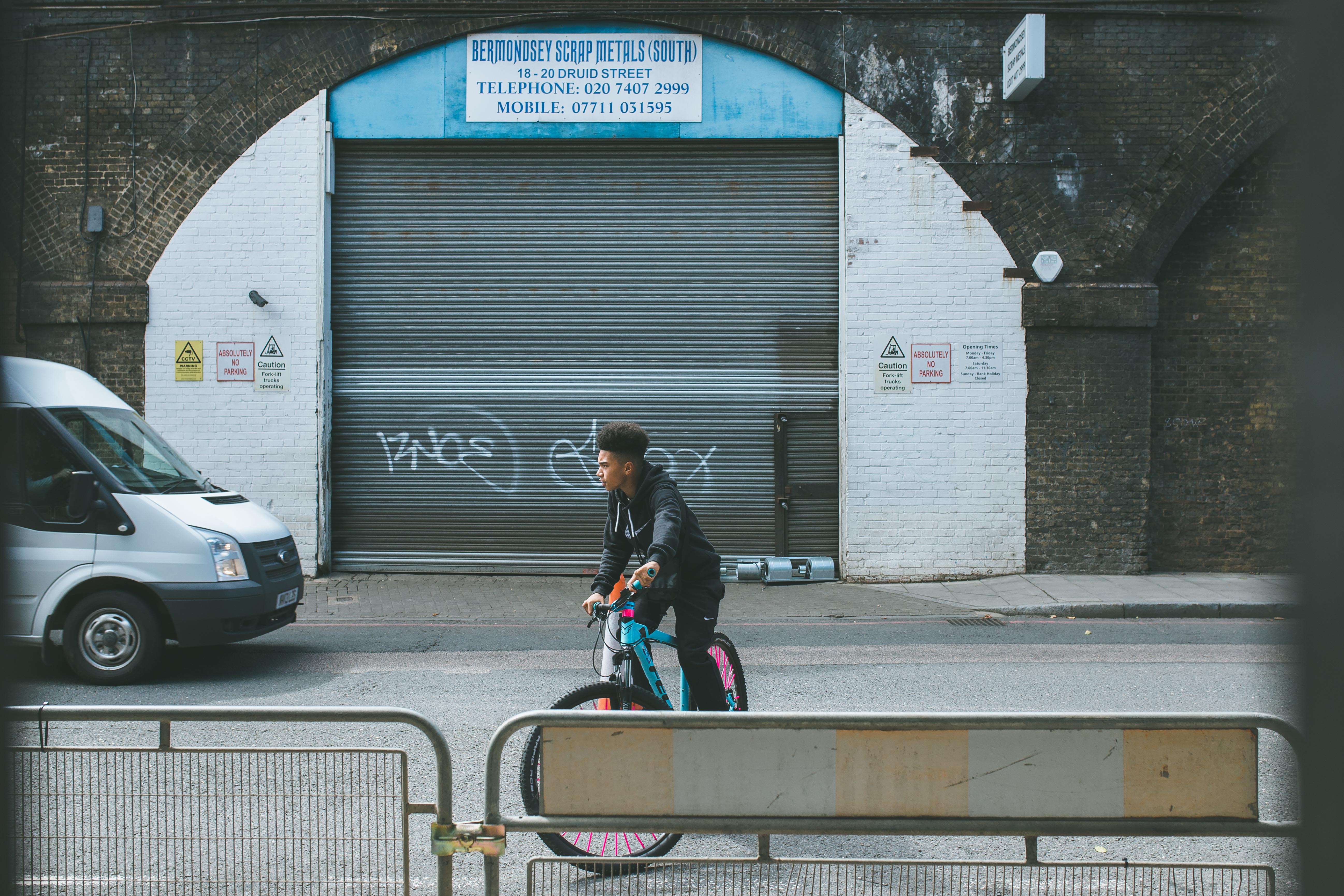 Learn more about the Bikestormz movement in Huck 60 – The Outsider Issue or online.

Linkedin
RELATED ARTICLES
OTHER ARTICLES
Cindy Campbell recounts how her brother ushered in a new era of musical culture at a party she held in the Bronx in ‘70s.
Sean Maung’s photos are a love letter to the Black and brown communities that make up New York.
Birdy Chu reflects on documenting the historic moment in which the territory was formally passed back from the UK to China.
Photographer David Corio’s archive offers a glimpse inside a revolutionary era of music and nightlife.
With skyrocketing rents, packed out viewings, bidding wars and more, renting in London has never been harder.
The idea that a younger generation is abandoning work has become a popular narrative online, but it doesn’t necessarily reflect reality.