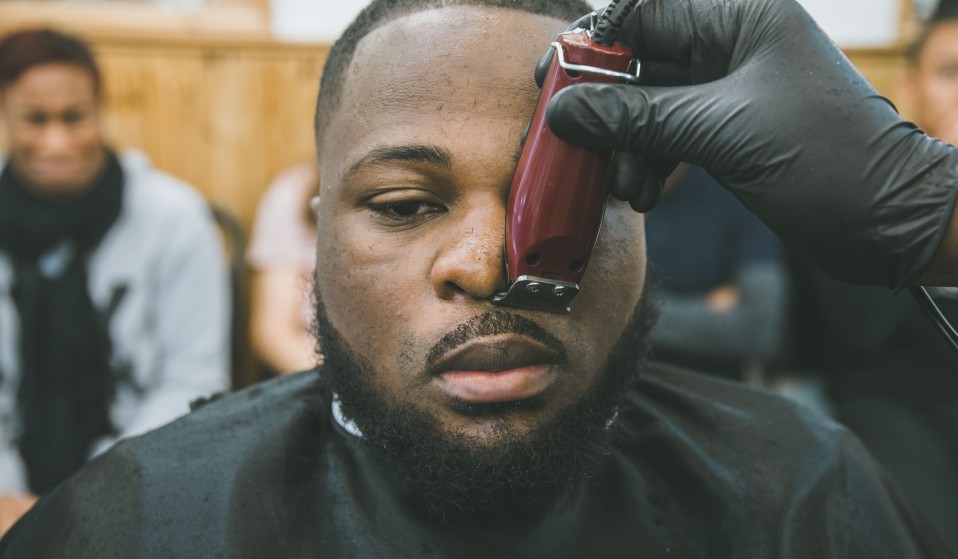 An integral part of the black British experience, visiting your barber has now become one of the few socially accepted forms of black male intimacy.

An integral part of the black British experience, visiting your barber has now become one of the few socially accepted forms of black male intimacy.

My dad has this theory that you can track a man’s life through the barbers he’s had.

As a child, you accompany your father to his barber for your first cut. Your feet hang idly from the chair as you wait, and a cacophony of booming voices and piercing razors overload your senses. When it’s your turn in the hot seat, your dad gives his command, as a firm, strange hand holds your head still.

This formative experience shapes your teenage years: you experiment with trims, patterns and grades – even jumping between shops in the hunt for your perfect fit. And when you find it, you know it. When your image is at stake, and you find another someone you can trust to shape it, you hold on tight and never let go.

And so, with an unspoken loyalty and a strong mutual understanding, the barbershop might even become your haven – a place of lively debate, raucous comedy and authentic black, male friendship. 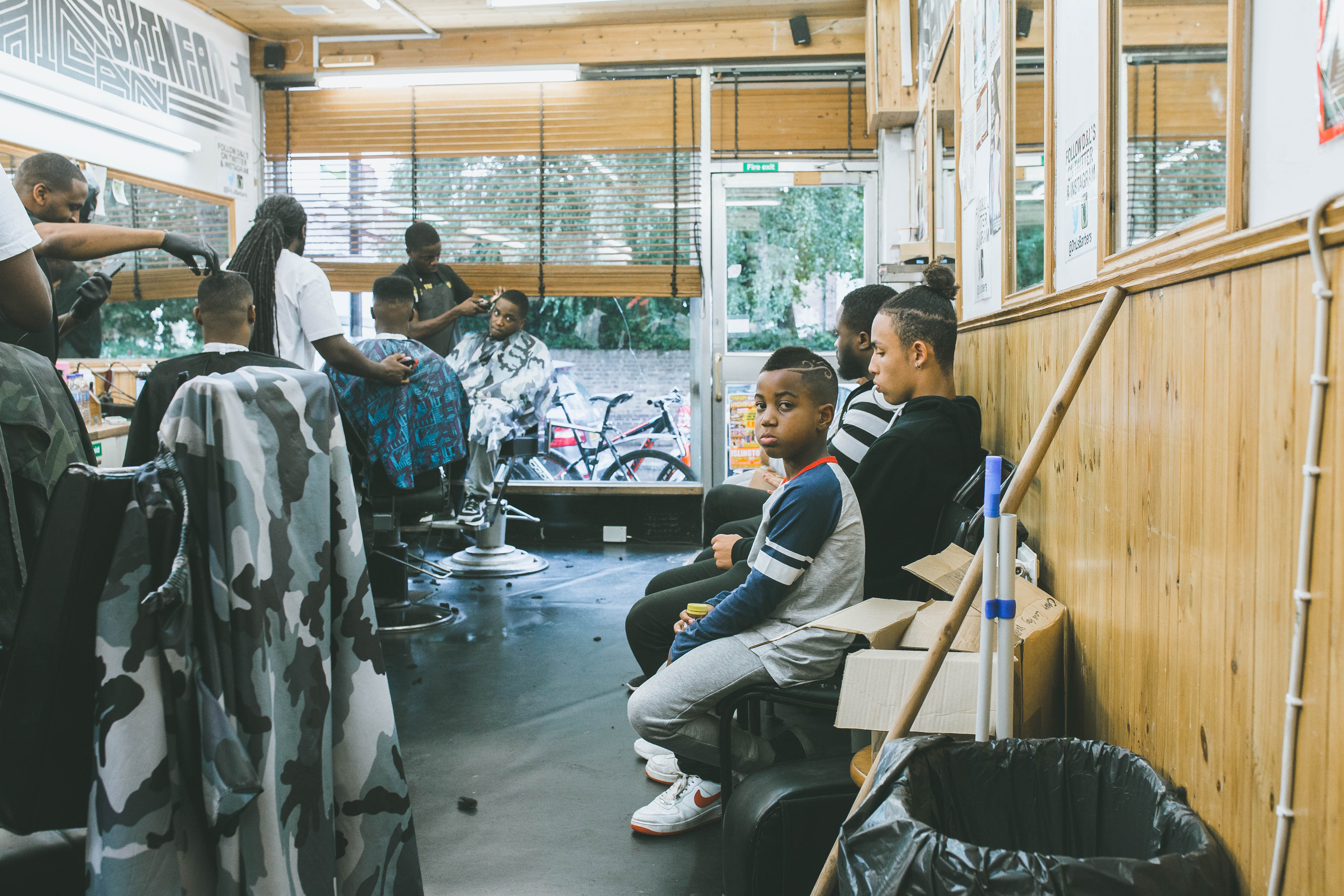 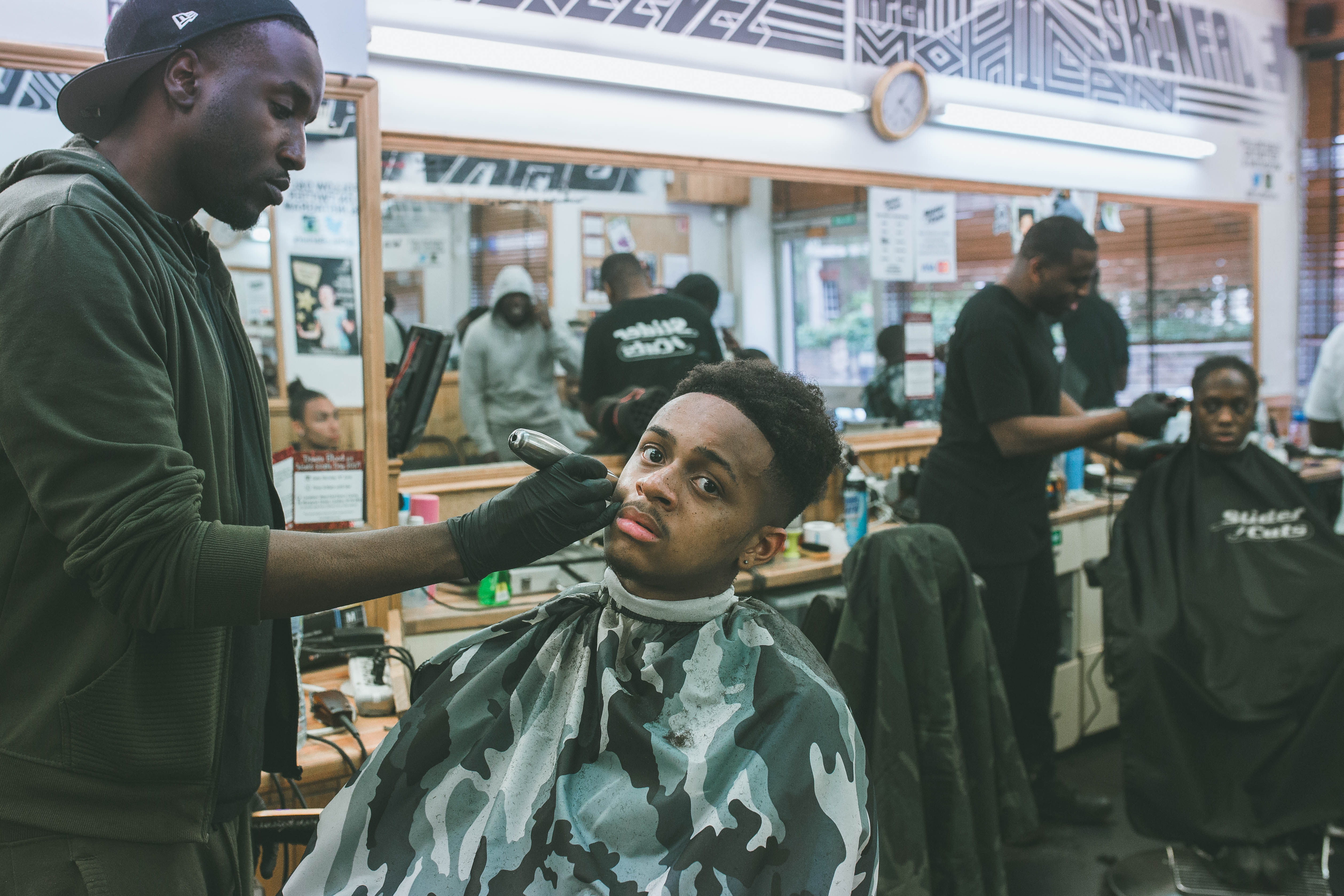 When I ask top London barber Slidercuts – real name Mark Maciver – if he remembers his own first trip, the answer is a resounding yes. He was 14. The scene was Archway. The cut was a skin fade on the sides, high on the top (to give him length to play with). He recalls that writhing discomfort you feel as a child in the presence of elders, debating whether moving his arm was worth the risk when the barber had so much power to ruin his hairline. Needless to say, he opted for silence.

Now in 2017, that power rests in his own hands. After years of DIY haircuts, Slidercuts’ fascination grew from witnessing friends come to school with all kinds of wicked hairstyles. Doodling shape-ups in the back of his notebooks and testing on himself until he cracked it, his skill quickly bloomed. He became the emergency substitute when the barbershops were closed, cutting the hair of friends and family. Eventually, he became the name he is today, earning a massive following both in London and on Instagram.

When I ask about the highlight of the job, Slidercuts immediately taps the community engagement: “Everybody needs their hair cut.” Black British barbershops form the cultural hubs of so many communities today, catering to the grooming needs of all, through generations, continents and class. In a time of aggressive gentrification in urban areas, imagine a scene of celebrities and cleaners, teenagers and grandfathers, first-through-third generation immigrants, all united in the quest for a solid shape-up. 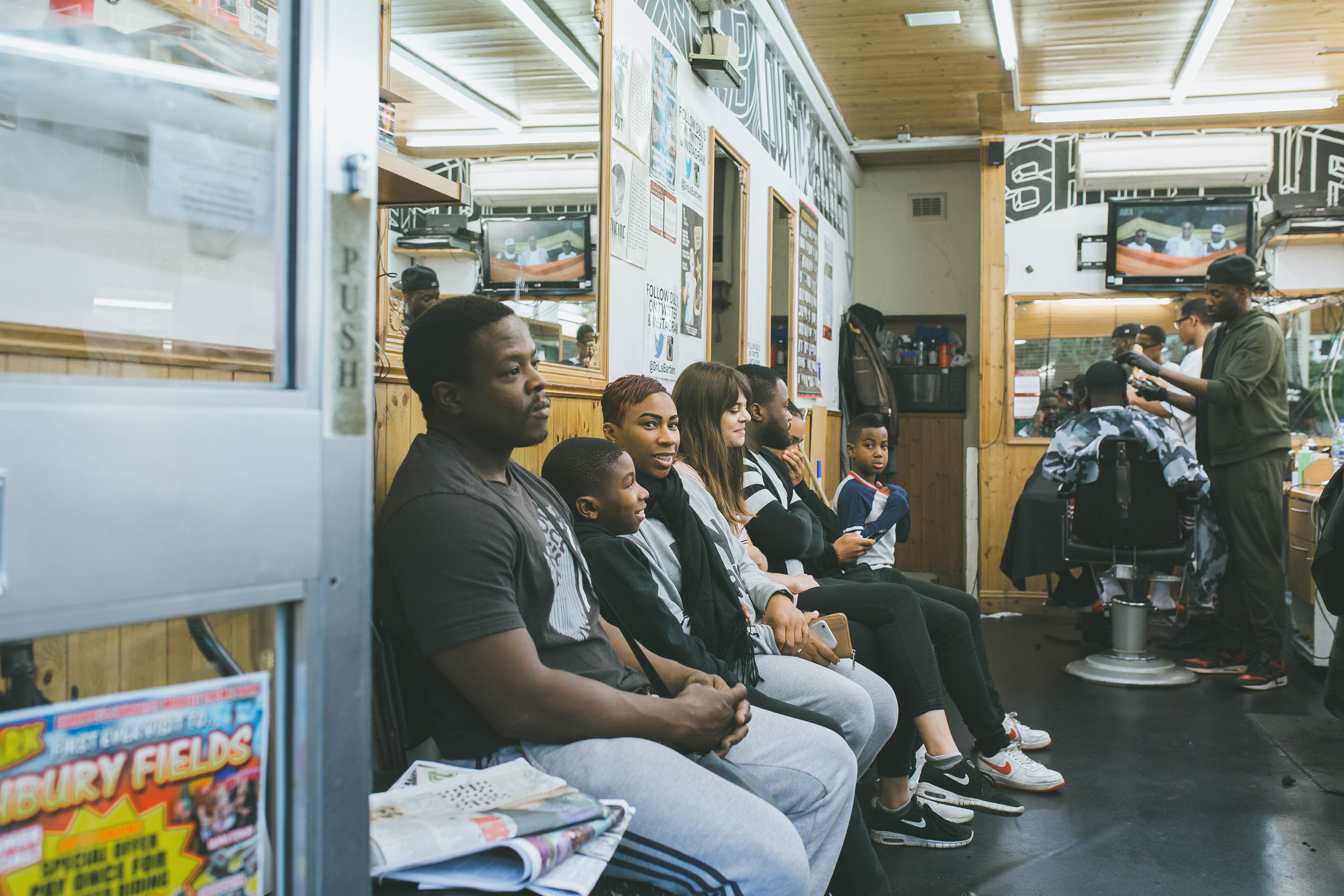 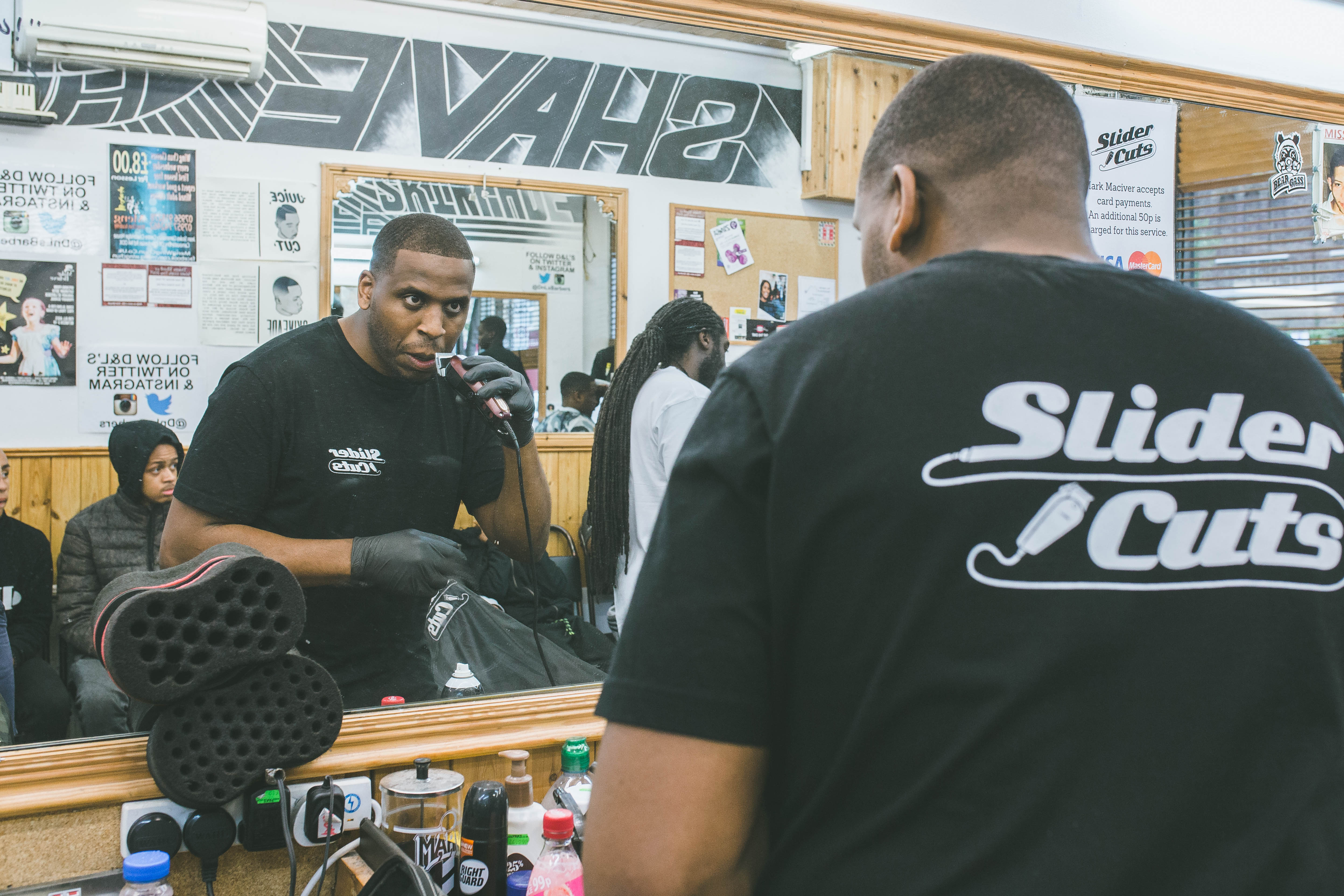 This cultural importance is explored beautifully in Seye Isikalu’s short film Monochrome, Inua Ellams’s National Theatre play Barber Shop Chronicles, classic Peckham sit-com Desmond’s, and the noughties comedy film series Barbershop. Because really, getting your hair cut has long been one of the few accepted forms of black male intimacy. In a world where Western societies enforce toxic masculinity standards from youth, the escapes from unrealistic pressures are few and far between. But here, in the shops, black men gather routinely and revel in the beauty and ease of shared experiences as well as differences: the shops forming microcosmic melting pots as customers talk sport, music, culture and relationships.

As a barber, your job description spans far and wide. Yes, you cut hair, but you’re also an unofficial uncle, an entertainer, a debate moderator, a much-needed confidence booster, a community leader, a role model and even a confidant. Genuine connections are nurtured, a sense of pride is installed and communities are formed as unlikely friendships blossom, leaving pretence at the door. 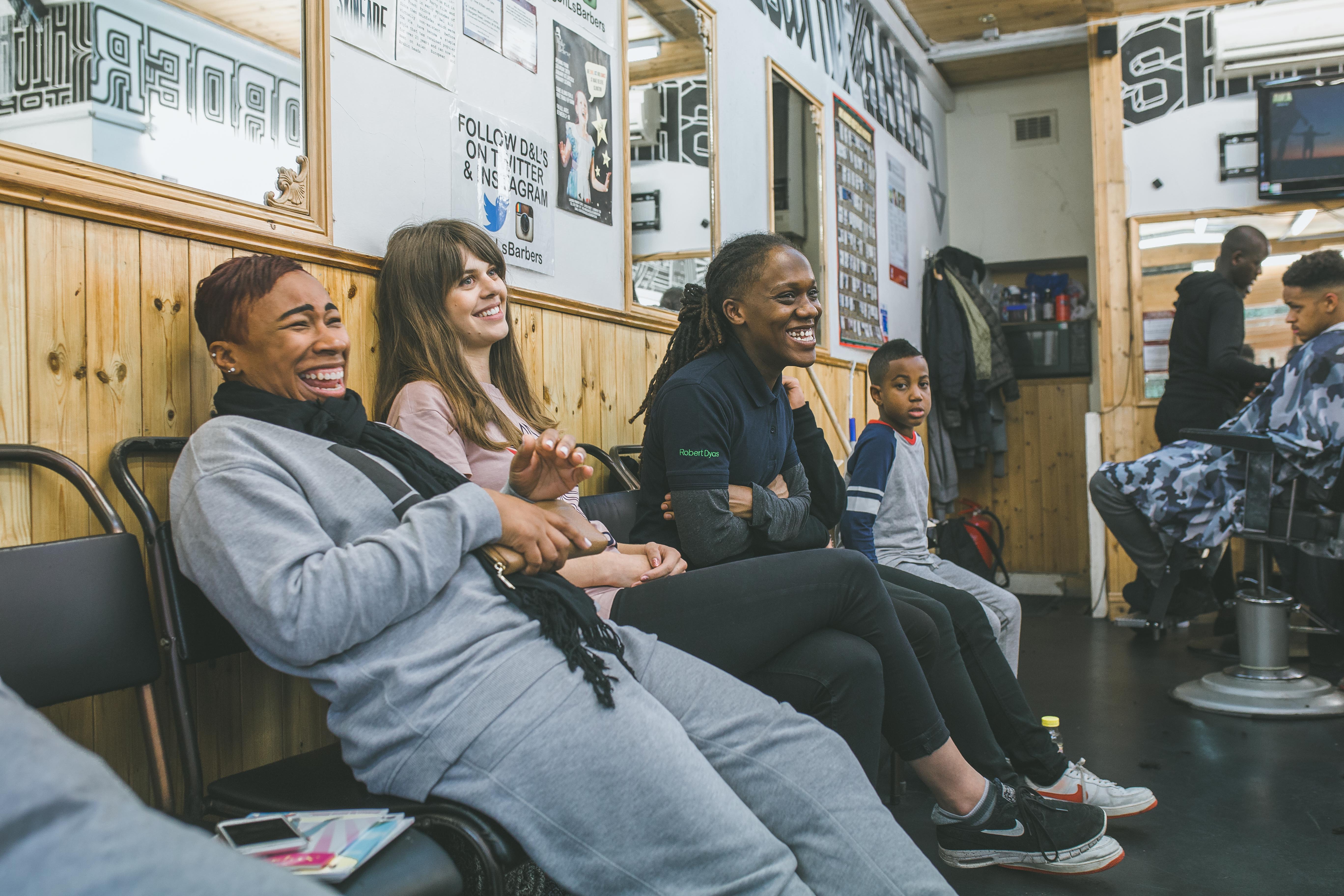 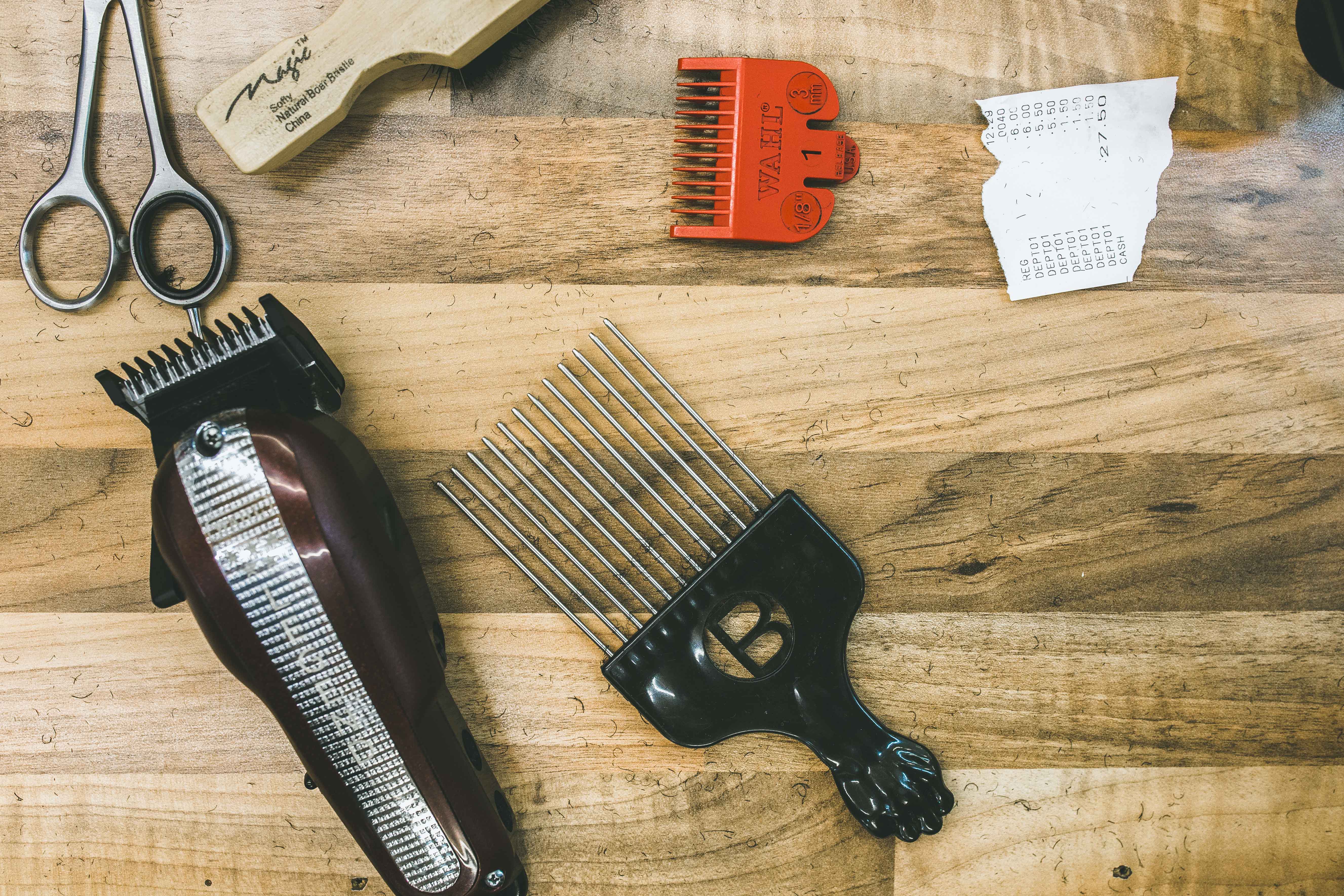 This is not to dub barbershops the solution to all our problems, far from it. In fact, the joy that comes with witnessing growth in clients is often twinned with a more tragic burden. As Slidercuts says, “there’s a flip side to the coin.” He talks not only of seeing young black children thrive as young black men, but also of others with promising futures falling down bad paths, and watching that with little control over it.

Either way, to think of a haircut as a mere exchange of services would be a mistake, according to him. The cultural weight of his shop alone in people’s lives is clear when he recounts colourful tales of how – on several occasions, while in the middle of domestics – clients’ girlfriends have resorted to staking out his shop waiting on their boyfriends’ inevitable return for a trim at some point. It’s a simple yet comic depiction of how these black British barbershops act as sanctuaries for black men, to laugh and argue and connect with each other beyond the gaze of others.

The mostly black-owned businesses are continuing to serve as prime locations for self-care for the often-marginalised – a place not to be other’ed but to be seen and heard. With worrying statistics on mental health, both within the black community and specifically black men, immersive culture and conversations are exactly the kind of avenues to uphold and explore. 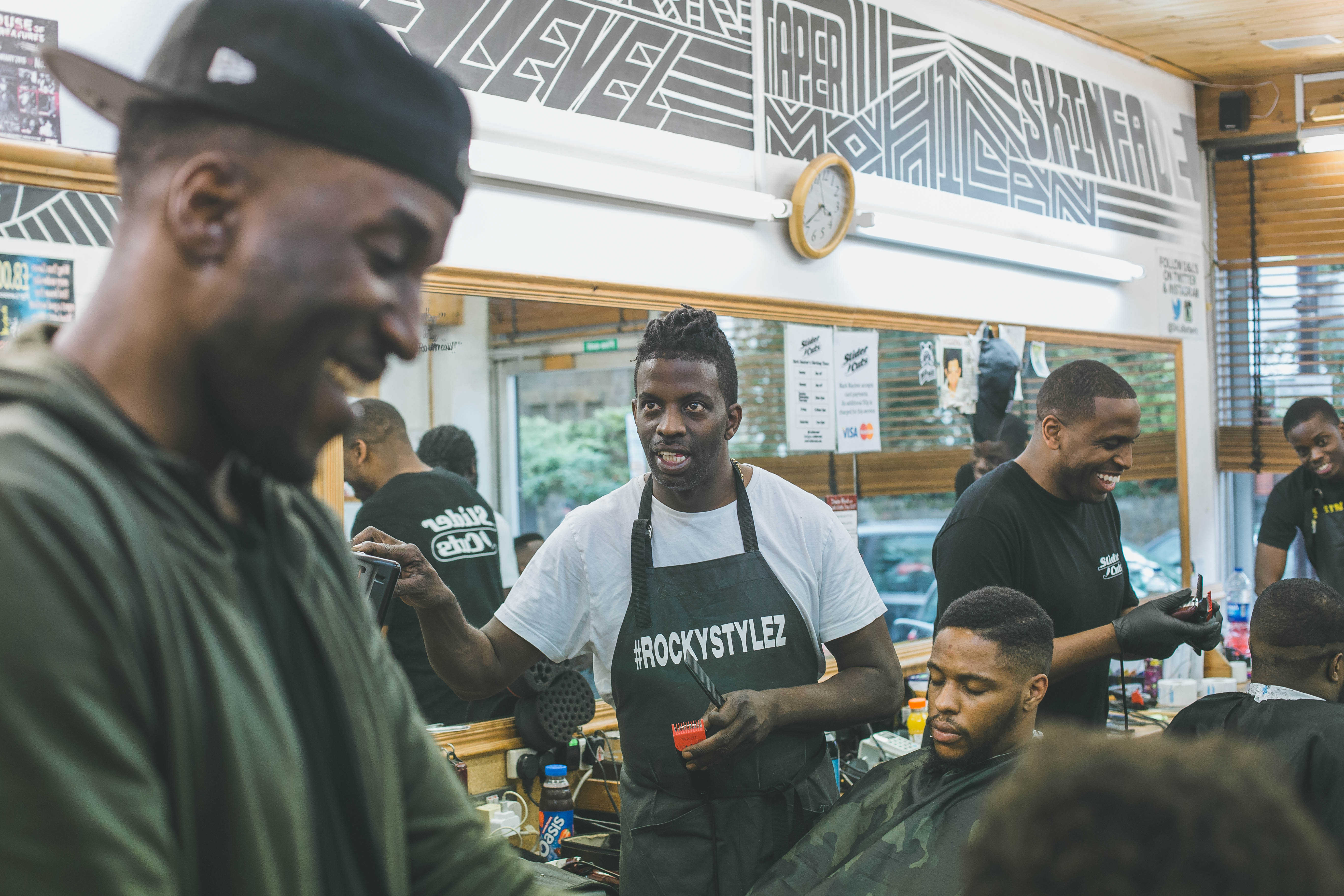 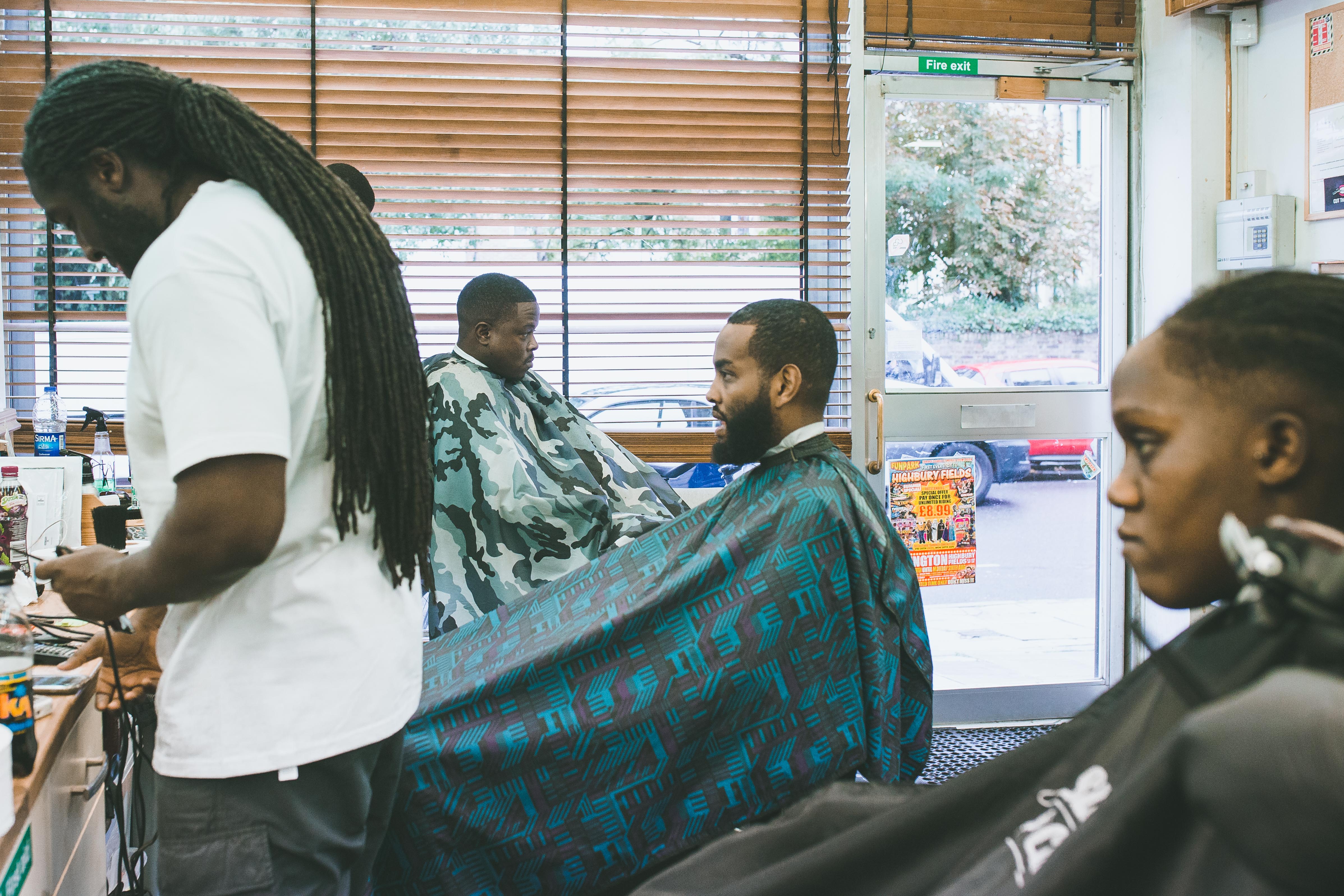 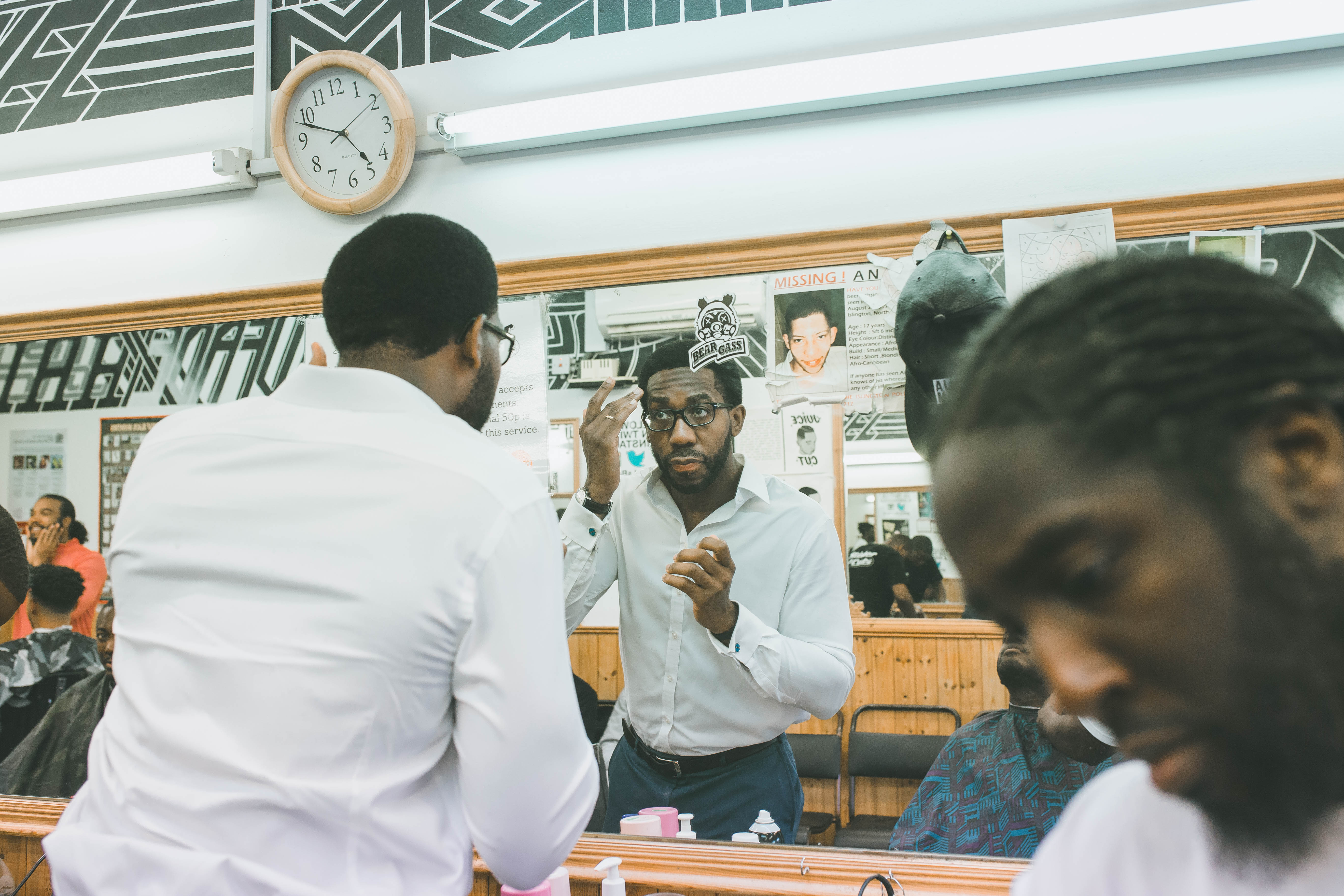 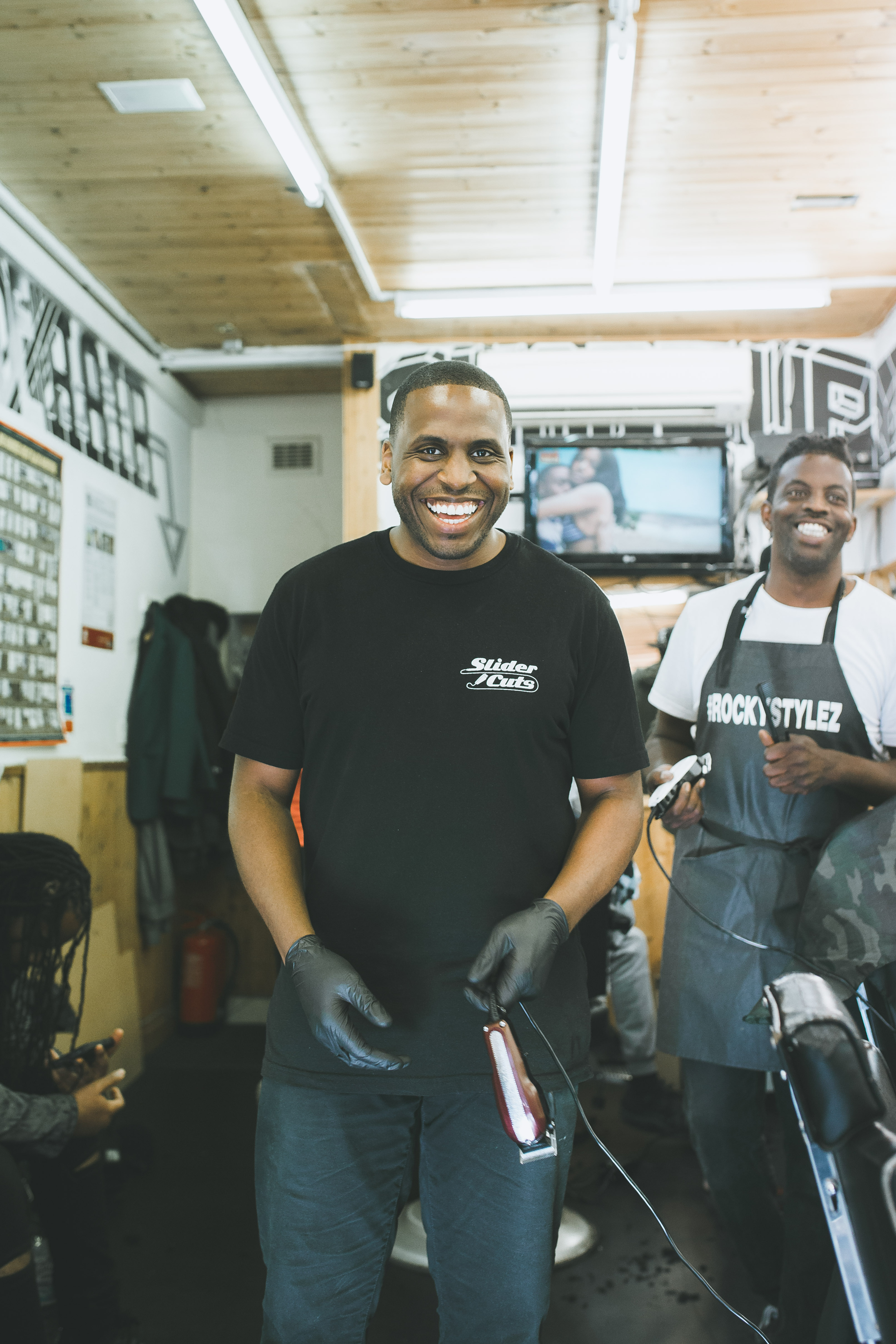 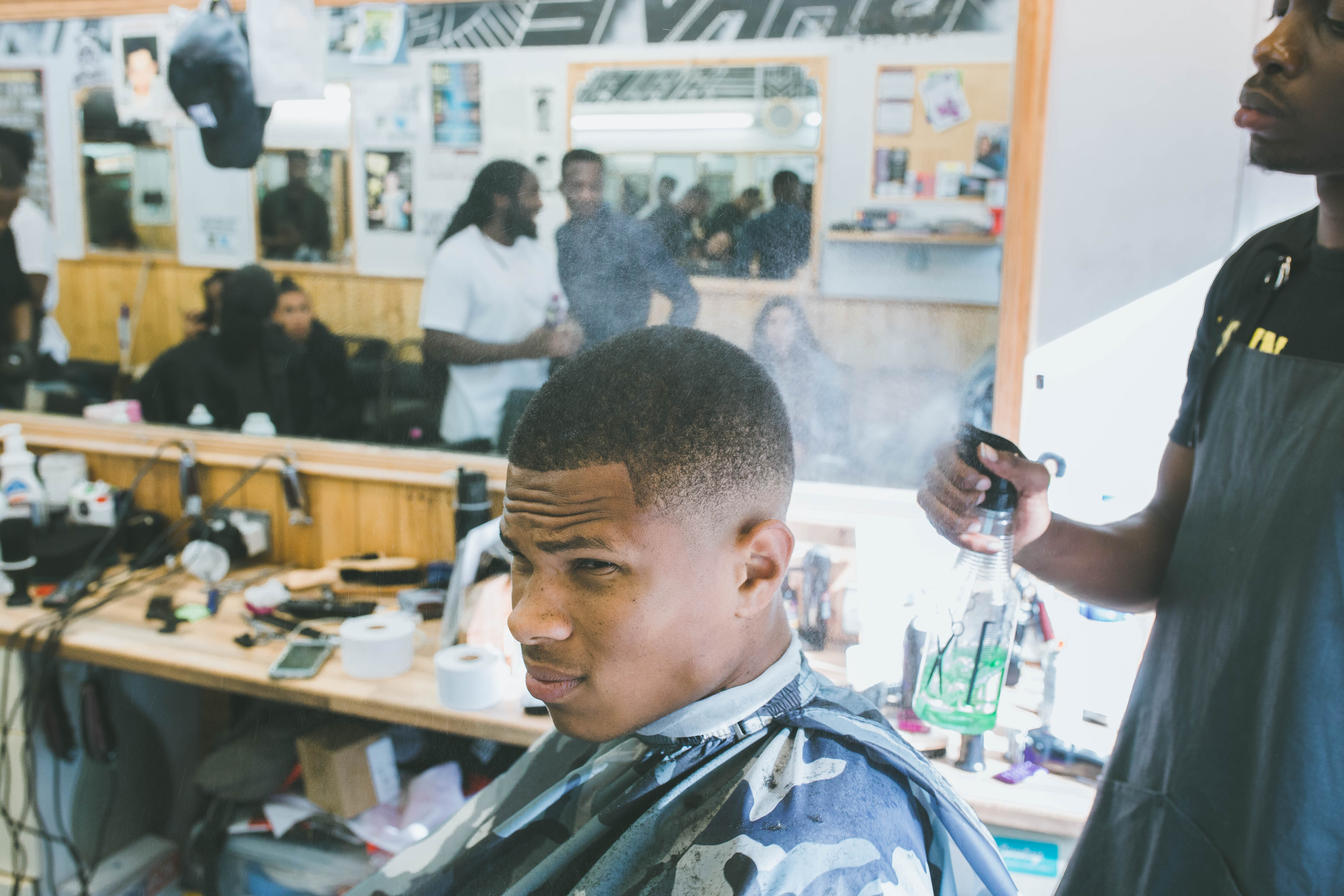 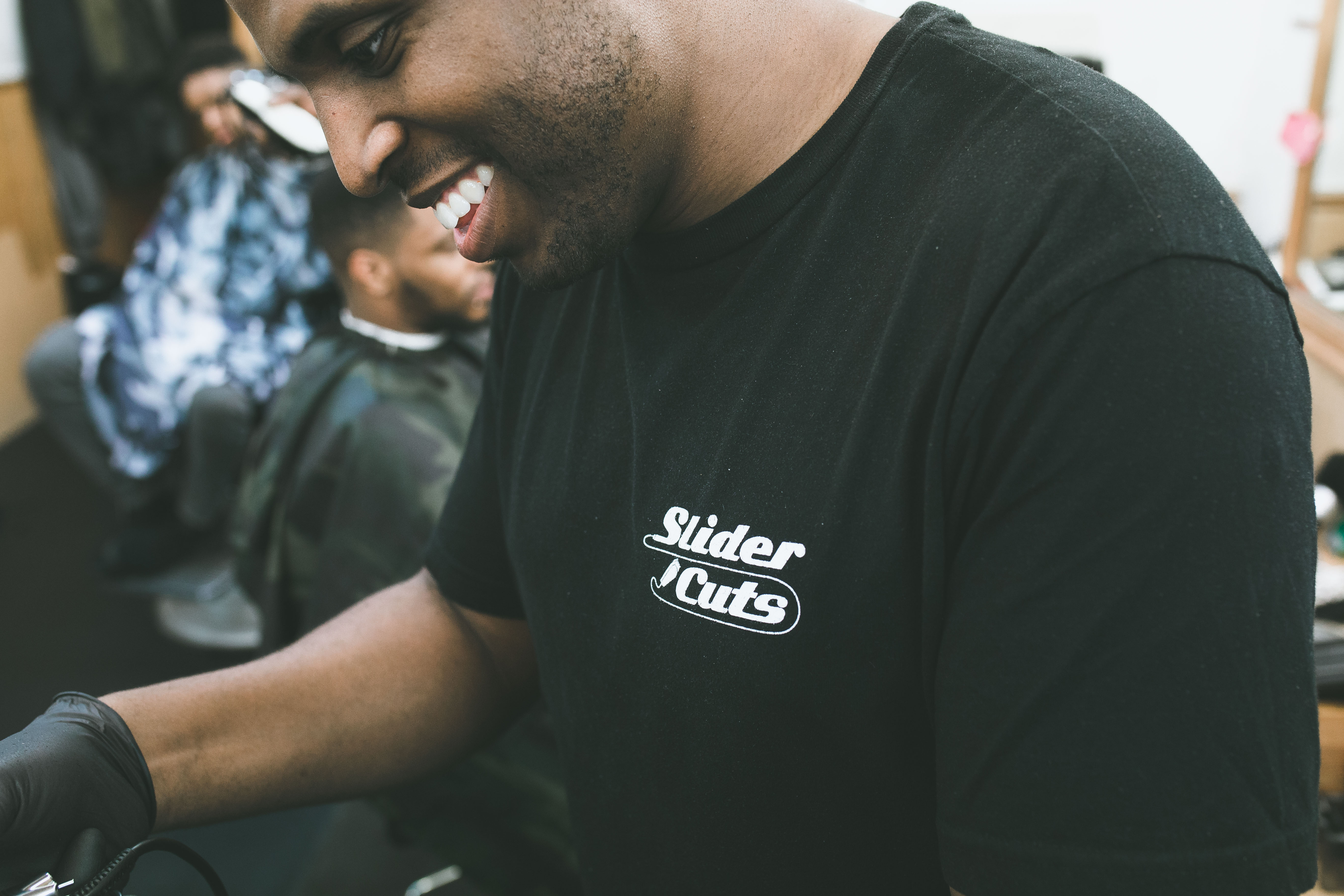 Slidercuts works at London’s D&L Barbers and can be found on Instagram.

Linkedin
RELATED ARTICLES
OTHER ARTICLES
Ahead of the release of their first collaborative album, the producer and rapper talk psychedelics and the state of UK hip hop.
Yesterday thousands gathered outside Buckingham Palace after news of the Queen’s death broke.
A new project is documenting formerly incarcerated people as they transition back into civilian life.
Sean Maung’s photos are a love letter to the Black and brown communities that make up New York.
By turning a real-life crisis into daytime television fodder, TV bosses have once again shown themselves to be completely out of touch with audiences.
A group of young Palestinians have found temporary freedom in the act of parkour, reimagining wreckage and ruins as a series of high-octane playgrounds.