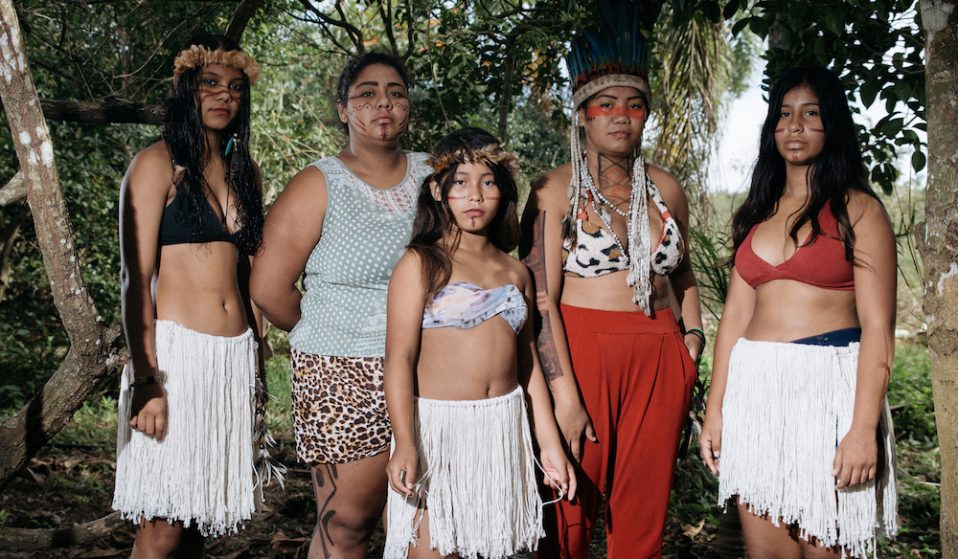 As Bolsonaro tightens his grip, Brazil’s indigenous people are facing an unprecedented threat to their future.

As fires rage across the Amazon and Bolsonaro tightens his grip on the country, Brazil’s indigenous people are facing an unprecedented threat to their future. Photographer and filmmaker Lucca Messer is exploring how their way of life is disappearing.

Brazil’s indigenous people are resilient. In the face of hundreds of years of contact, colonisation, and conflict, they have maintained the ways of life they have developed for almost 20,000 years. Now though with the Amazon in flames and with a president who has threatened to wipe out what little native land remains in the country, their time could be up.

There are currently 255 indigenous peoples in Brazil, and although 98% of land demarcated for indigenous peoples is to be found within the Amazon Rainforest, roughly half of the native population lives outside the Amazon. It’s not just the threat of violence or land demarcation that they face, but something more existential. “They are losing their identity,” Lucca Messer tells me, “these people are caught between two worlds and often they’re turning their back on their heritage.”

Although now based in London, Lucca spent twelve years in Brazil in his younger years and returns often in his role as a filmmaker. In his latest project, Lucca embedded with the Piaçaguera community whose home is only an hour and a half away from Sao Paulo, Brazil’s most populous city. “The media focuses a lot on communities in the Amazon because they can tie their story to environmental issues,” he explains to me, “but little is said about these communities who live so close to major cities and the problems that causes.”

As with many indigenous communities across Brazil, the Piaçaguera are not isolated from modern society. Mobile phones are common in the community, especially among the young, allowing access to a world of unfiltered information that can lead members to believe a better life can be found on the outside. Then at the age of 16 children attend school outside the community, and “that’s where a lot of the troubles can really begin.”

“It’s very common for indigenous children to be bullied by their peers and by their teachers,” Lucca says. “These kids just want to fit in so a lot of them can end up turning their back on their culture. One teacher told me how some children in the classroom are ashamed to be indigenous.”

One member of the community particularly struck Lucca, “an old man, the spiritual leader of the group.” Spirituality is the backbone of life for the Piaçaguera, as it is for indigenous communities across Brazil, but “the young aren’t interested anymore”, Lucca tells me, “and nobody has taken up the old man’s mantle. He’ll be the last.” 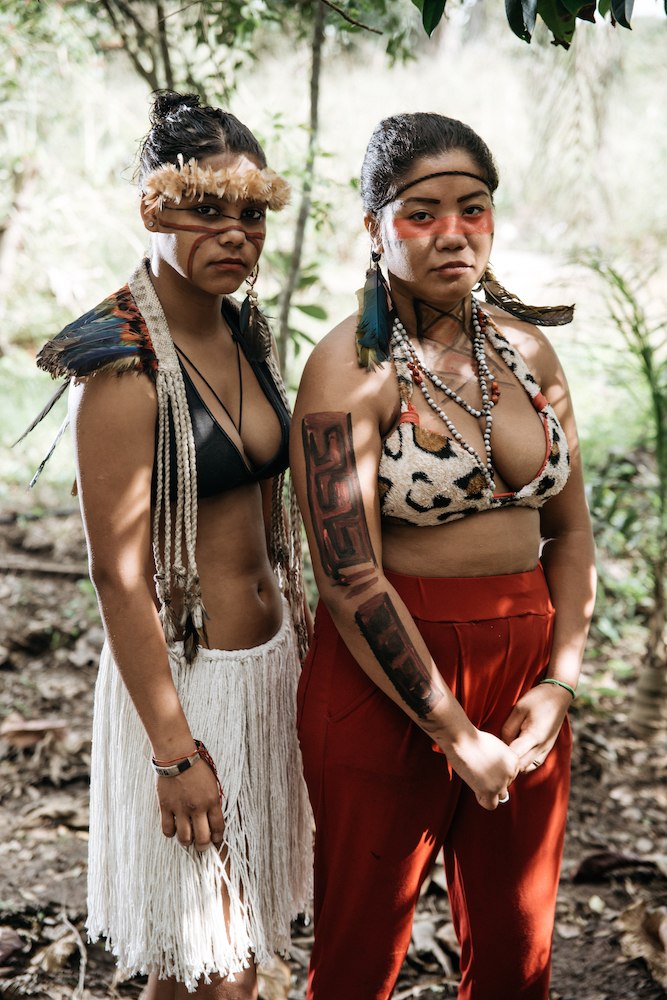 With President Bolsonaro trying everything he can to reduce the influence and power of FUNAI, the Brazilian government agency responsible for the protection of indigenous land and culture, Messer hopes to shine a light on the plight of people at threat of being overlooked by the outside world: “The communities in the Amazon, they are secluded, they have more resistance, have more international attention. They have more charities and organisations that are there to support them on a daily basis.”

Lucca’s fear is that the combination of forces amassed against the Piaçaguera is simply too great to overcome. “I think we’re witnessing something that within 50 years could be gone. Maybe it’s gone already. I worry that without resistance there may be no way back from this.” 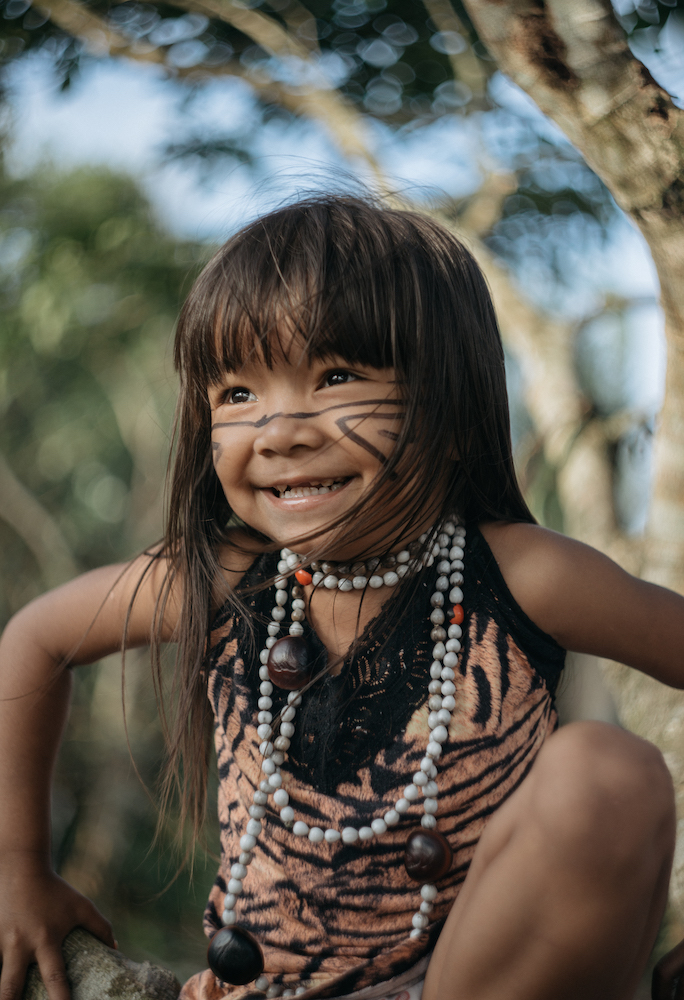 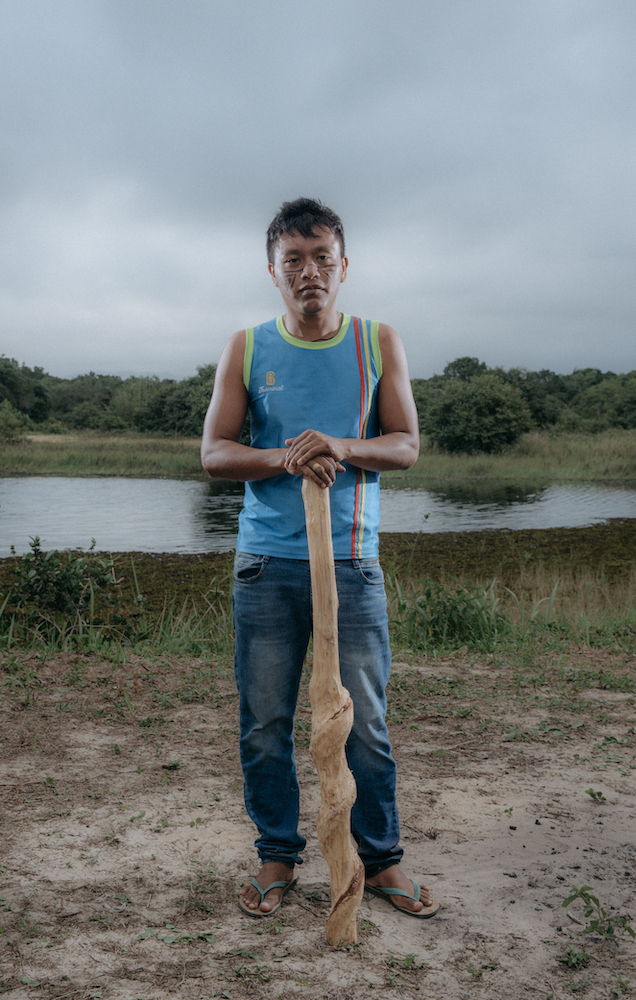 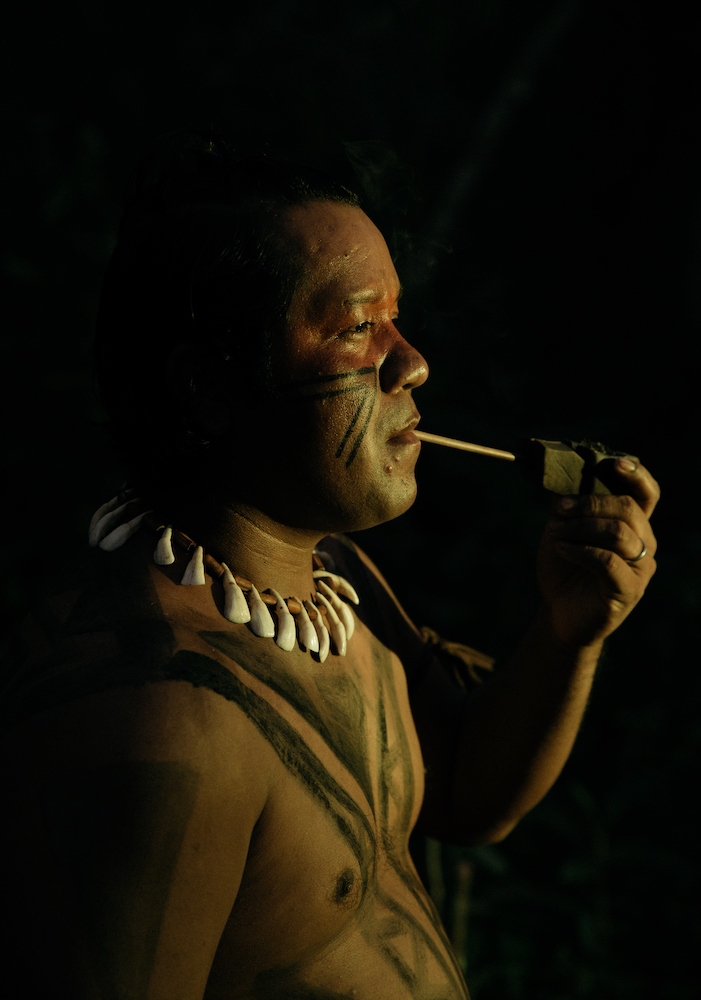 Find our more about Lucca’s work on his website.

Linkedin
RELATED ARTICLES
OTHER ARTICLES
In the last of our dispatches from OFFF Barcelona, Rufus Deuchler and Vincent Gault discuss the future of creative process.
The author discusses her blistering new novel about history, revolution and queer love.
The government is scrapping the Human Rights Act in a move that will hit marginalised people hardest.
After news broke last week around an expected reversal of the 1973 landmark law that made abortion legal in the US, protestors gathered in the UK in support of American women.
Following the release of his newly republished 1991 book, Redheads, the American photographer reflects on his celebration of ginger people and their magnetic power.
In the latest OFFF Dispatch, the enigmatic designer dives into his process, connecting the dots between his unique and varied creative output.