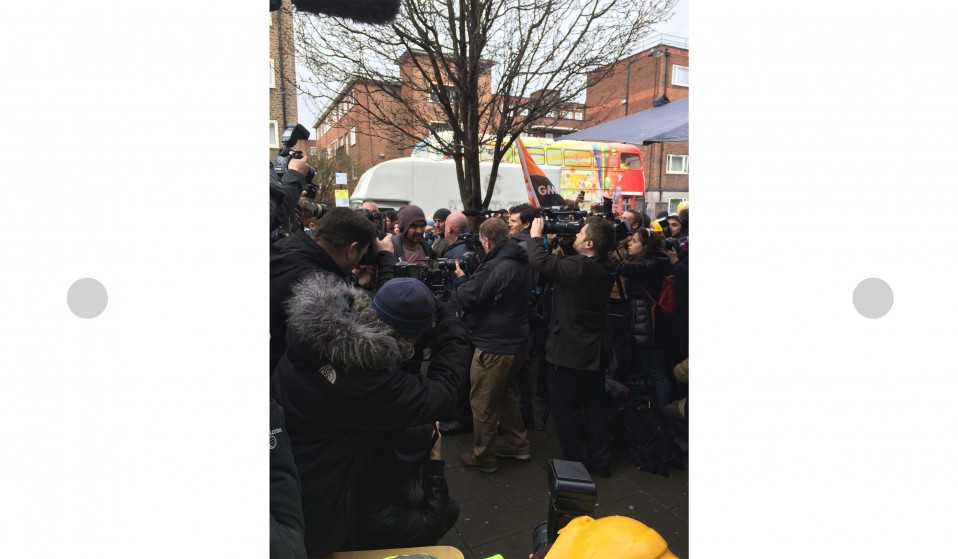 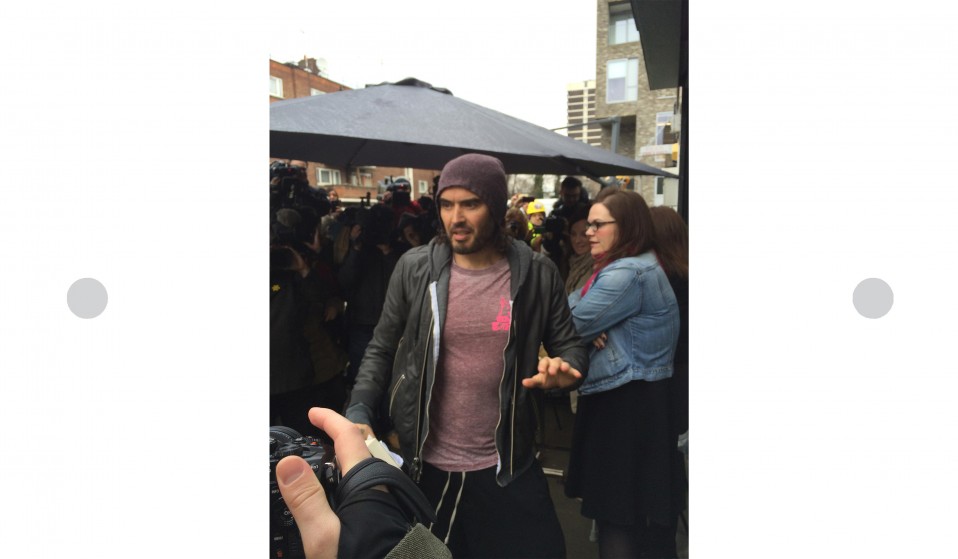 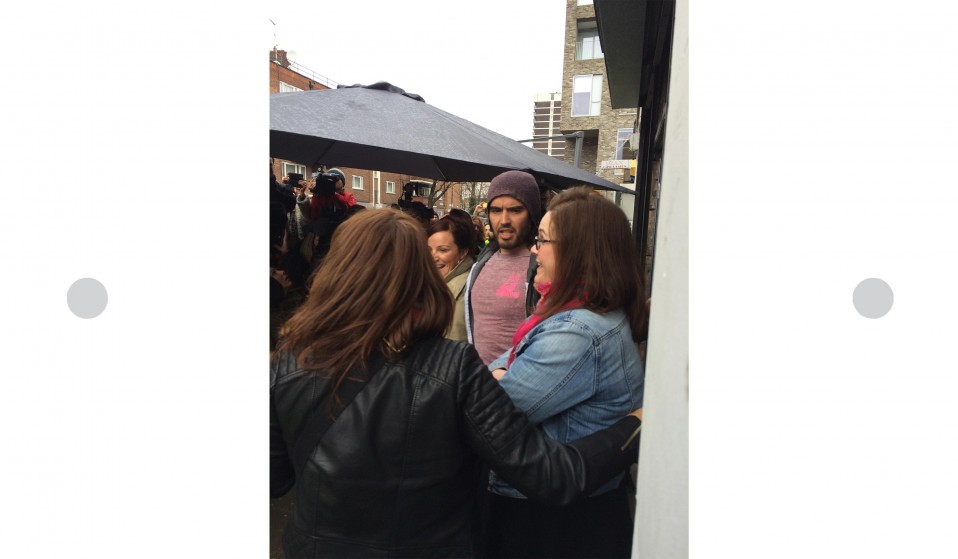 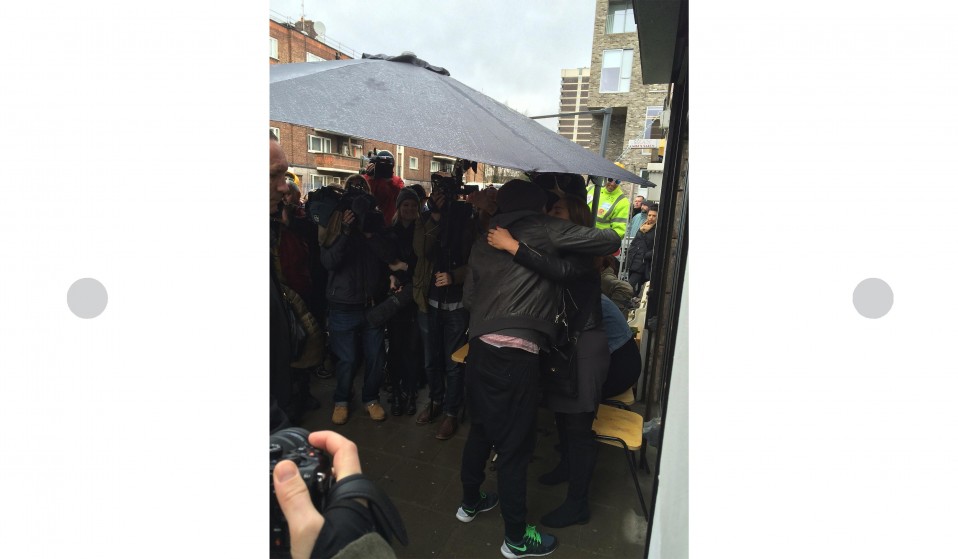 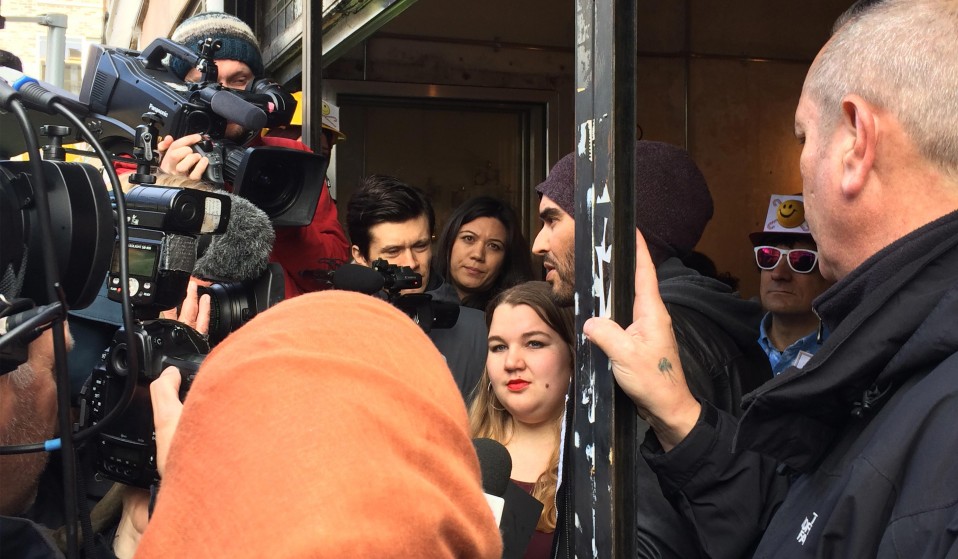 Russell Brand opened his very own Trew Era Café on March 27 on the New Era Estate, Hoxton  – the site of a successful residents’ battle against rent hikes last year.

The café is a self-supporting, not-for-profit social enterprise project staffed by ex-offenders and recovering drug addicts. Brand says he aims to open similar projects across London.

“Thanks for coming to this thing, I feel like a minor royal without the allegations,” he told the huge crowd. “This estate was supposed to be closed by Westbrook [developers], but because of these women and the way they organised and the way they confronted that authority, it wasn’t able to happen.

“We’ll start more and more of these social enterprises. Eventually, we will trade with one another in our own currency. We are going to create our own systems, our own federations, our own currencies, our own authorities.”

Brand also criticised political parties, stating that they only help themselves, and that we should create our own systems.

“Politics is dead – this is the end of politics,” he said. “What we’re discussing now is what comes after, something worse or something better. They’re already preparing for something worse. Police are becoming militarised across the world. We have an opportunity to create something better. It will start with small enterprises like this, which put the power where it belongs – with the people.”

The café will also have its own beehives and chickens to make their own produce and trade with similar projects across London, more of which Brand hopes to establish.

Linkedin
RELATED ARTICLES
OTHER ARTICLES
Talking capitalism, free ice cream and fighting the social cleansing of Barnet’s Sweets Way Estate with comedian-turned-revolutionary Russell Brand.
Residents of London's New Era estate have been threatened with eviction if they can't meet more than a threefold hike in rent.
When a group of single mums occupied an empty council estate near the Olympic Village, they made the UK housing crisis impossible to ignore. But what’s driving Londoners out of their homes?