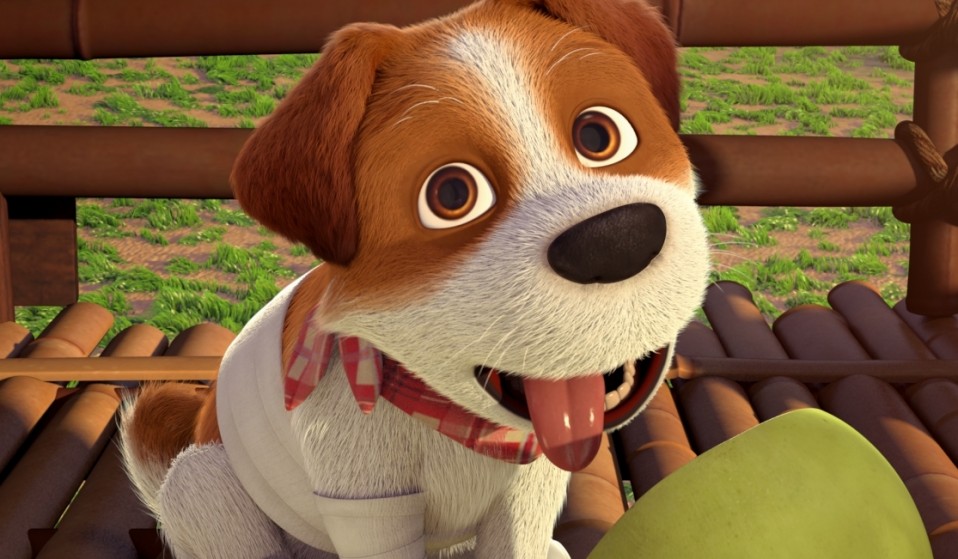 The mythic fame of Thailand's Tong Daeng: the rags-to-riches mongrel who stole the hearts of a nation and is now at the forefront of a new wave of state censorship.

The mythic fame of Thailand's Tong Daeng: the rags-to-riches mongrel who stole the hearts of a nation and is now at the forefront of a new wave of state censorship.

In Thailand, a culturally-adored dog can spawn box office hits, bestselling books and a successful fashion range. The prize pooch can also possibly land you jail time for insulting her.

For factory worker Thanakorn Siripaiboon, sharing a snarky meme on Facebook has resulted in his arrest and the possibility of 37 years in prison. By accusing the Thai government of corruption and ‘liking’ a post mocking the king’s prized dog Tong Daeng, Thanakorn broke the country’s strict lèse-majesté laws. Written into the constitution in 1932, the laws prohibit any ‘defamation, insult or threat’ to Thai royalty, though the extent of its reach has been controversial.

The inclusion of a pet dog under the banner of Thai royalty might come as a surprise to foreigners. But for the Thai people, copper-coated mongrel Tong Daeng is a national treasure. December marked the release of her first animated movie, Khun Tong Daeng: The Inspirations, which saw off competition from good dinosaurs, German goat demons and Meryl Streep to hit the No. 2 spot at the local box office. A line of clothing items emblazoned with her face are Christmas gift staples nationwide, her book series has outsold Harry Potter, she has her own debit card, and she’s also the star of her own mobile app, Tong Daeng: Fruity Crush.

But before you accuse Tong Daeng of being a shameless endorsement hound, she also serves a far greater purpose to the country. Tong Daeng was found on the streets and adopted by ruling King Bhumibol Adulyadej in 1998, with her rags-to-riches story quickly utilised as an aspirational allegory for the people of Thailand. In the storybooks inspired by Tong Daeng, she expresses complete loyalty and devotion to the King, while much is made of her canine intuitiveness in regards to protocol. While she is married off to ‘husband’ Tong Tae in the books and has with him a litter of puppies, she always remains humble to the King. After all, it was her trust in him that inspired her own subsequent wealth, prosperity and rise in status. 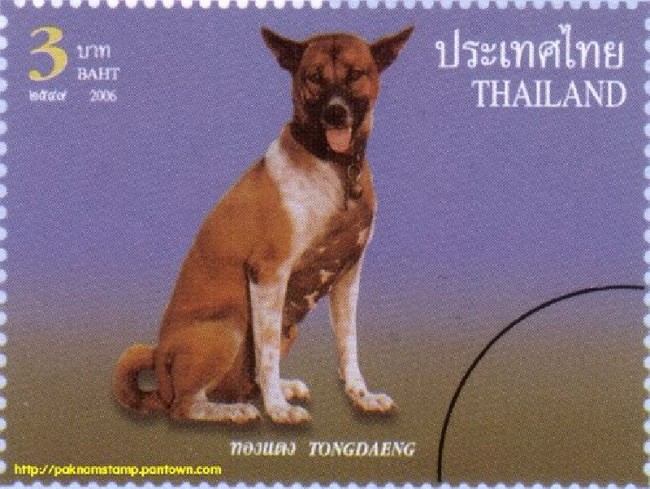 Rumours circulated in 2007 that Tong Daeng had died, potentially at the hands of an assassin within the royal household. The King was forced to deny the claims during a press conference, but conspiracy theories still abound that Tong Daeng did in fact die, replaced by an identical double only revealed following an unusual year-long exodus from public life. With Thailand now under military rule for over a year, her presence has never been more important for inspiring royal devotion, and remains an integral political tool for the ruling elites.

But the story has brought widespread attention to Thailand’s censorship laws. The Thanakorn Siripaiboon arrest was not widely reported in the country, with local printers removing the story from an edition of the New York Times and replacing it with a blank space. It comes on the heels of two other New York Times printing removals in December, including one about the country’s struggling economy.

Human Rights Watch has condemned the culture of censorship in Thailand, reporting that Thanakorn was put into military detention following his arrest and refused communication with lawyers or family. He is among hundreds of activists, journalists and dissenters to be detained for protesting or making anti-monarchy statements since the country entered military rule in May 2014. HRW Asia director Brad Adams said, “Thailand is a political dictatorship. Backsliding on respect for basic rights and democratic reform seems to have no end in sight.”

Update (Jan 8, 2016)
Conspiracy theories be damned. Five days after this story was posted, Tong Daeng officially, apparently permanently died at the ripe old age of 17. Insulting him could probably still land you in prison, though.

Linkedin
RELATED ARTICLES
OTHER ARTICLES
With inflation now at a 40-year-high of 9 per cent, demonstrations organised by TUC took place to demand action from the government.
The singer-songwriter discusses her intimate new project – and the advice she’s picked up across a career as one of rock’s leading voices.
Freddie Miller’s new series of photographs investigates who today’s trainspotters are and what drives their unfettered enthusiasm.
The curators of a new exhibition are hoping to shed light on Plymouth’s vibrant but often overlooked nightlife.
Photographer Arthur Grace recalls travelling through the Soviet Bloc and finding ways to evade the surveillance of his work.
A new report has found that the majority of Britains approach trans issues with compassion. It’s about time this was reflected by our media landscape.