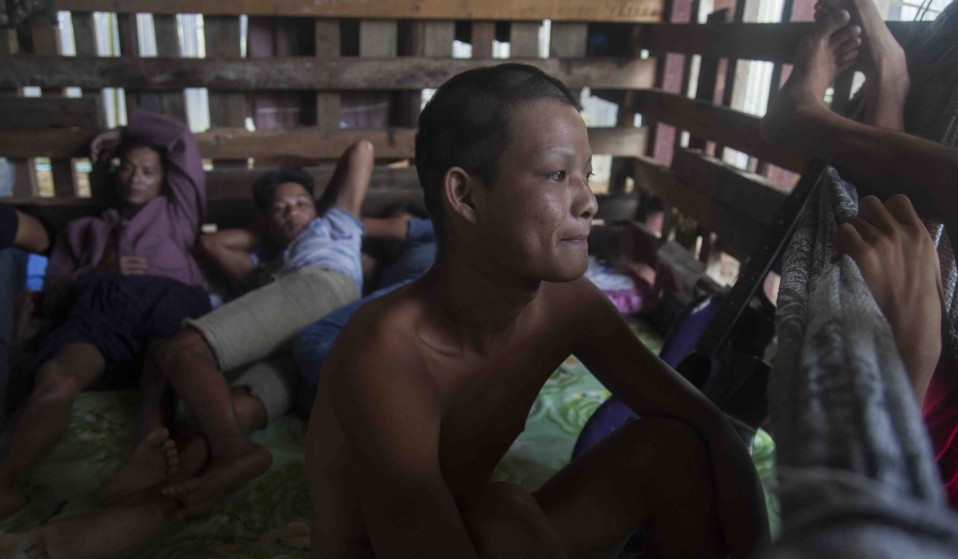 A group of Christian activists are taking drastic action to tackle the country’s pervasive drug problem – but are their methods doing more harm than good?

A group of Christian activists are taking drastic action to tackle the country’s pervasive drug problem – but are their methods doing more harm than good?

There are an estimated 135 indigenous ethnic groups spread across Myanmar. However, they only make up a third of the country’s total population. The Bamar (Burman), who make up the remaining 68 per cent, control all aspects of the country’s government and Military.

Shortly after World War Two ended and the British Empire was dissolved, control over Myanmar was handed over to the Burmese. Unfortunately, many of the country’s ethnic groups felt betrayed by the newly formed government and took up arms against it. This led to the inner Myanmar conflicts – a war which has lasted for over 60 years, making it one of the longest-running conflicts of today.

After almost 40 years in isolation, Myanmar has recently opened its borders, allowing foreign investment to flood major cities such as Yangon and Mandalay. But only a few hours away, some of the countries lawless border regions – such as Kachin state – are locked in a bloody and brutal guerrilla war that has seen the displacement of over 120,000 civilians since 2011. 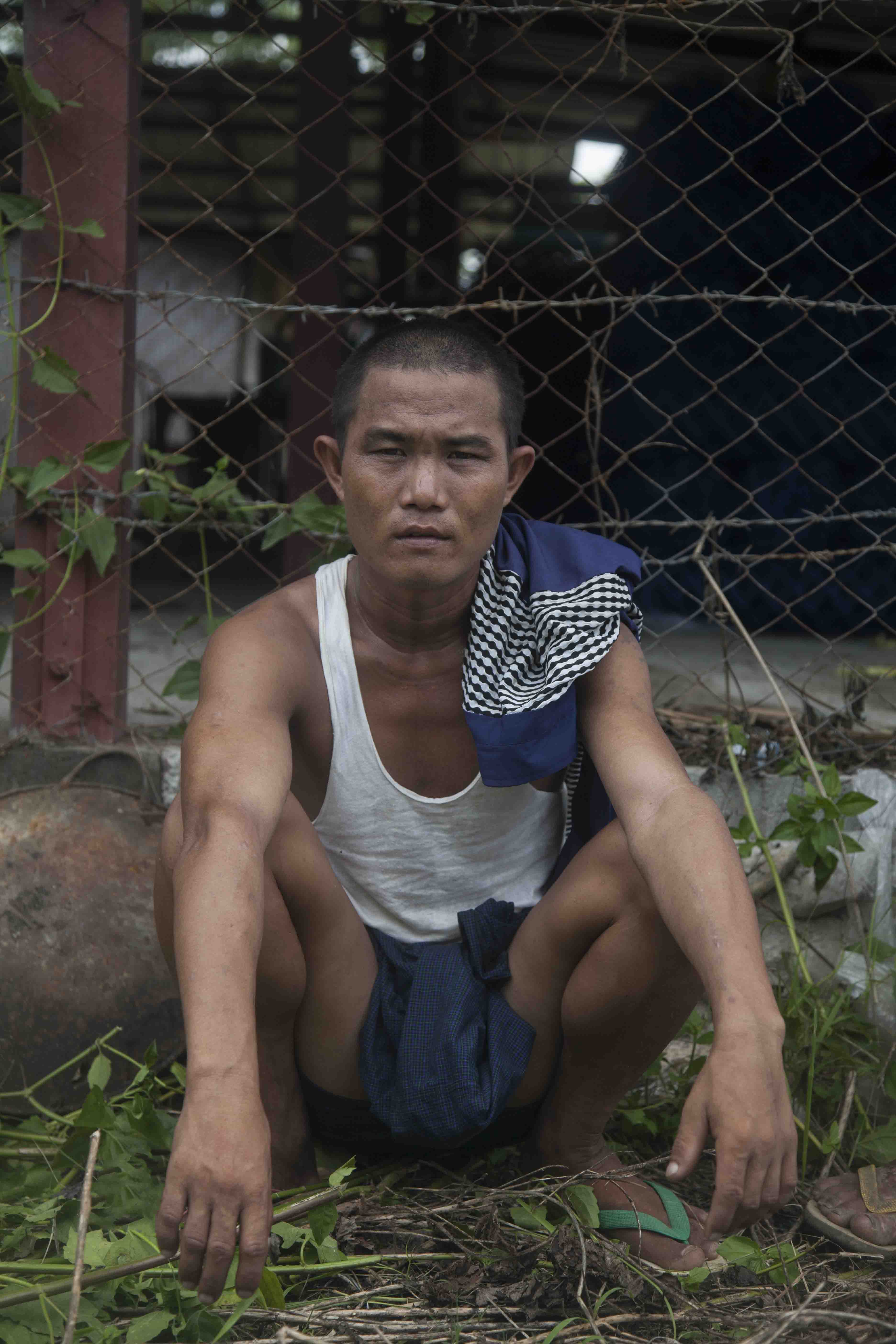 In these areas, government-backed militias have set up one of the worlds largest opium trades, second only to Afghanistan. Here, heroin can be found for as little as $1 a dose.

In Kachin state, which is currently under the control of the Tatmadaw, it’s estimated one person in every household is addicted to heroin – yet there’s only one government-run rehabilitation centre. It’s widely believed among the Kachin people that this is part of the government’s ethnic cleansing campaign against them.

“By allowing the drugs into the community, they weaken ethnic minorities who oppose their rule,” said Tang Gun, the founder of Pat Jasan, a volunteer anti-drug vigilante group which was set up through a coalition of local churches with the goal of eradicating the drug. 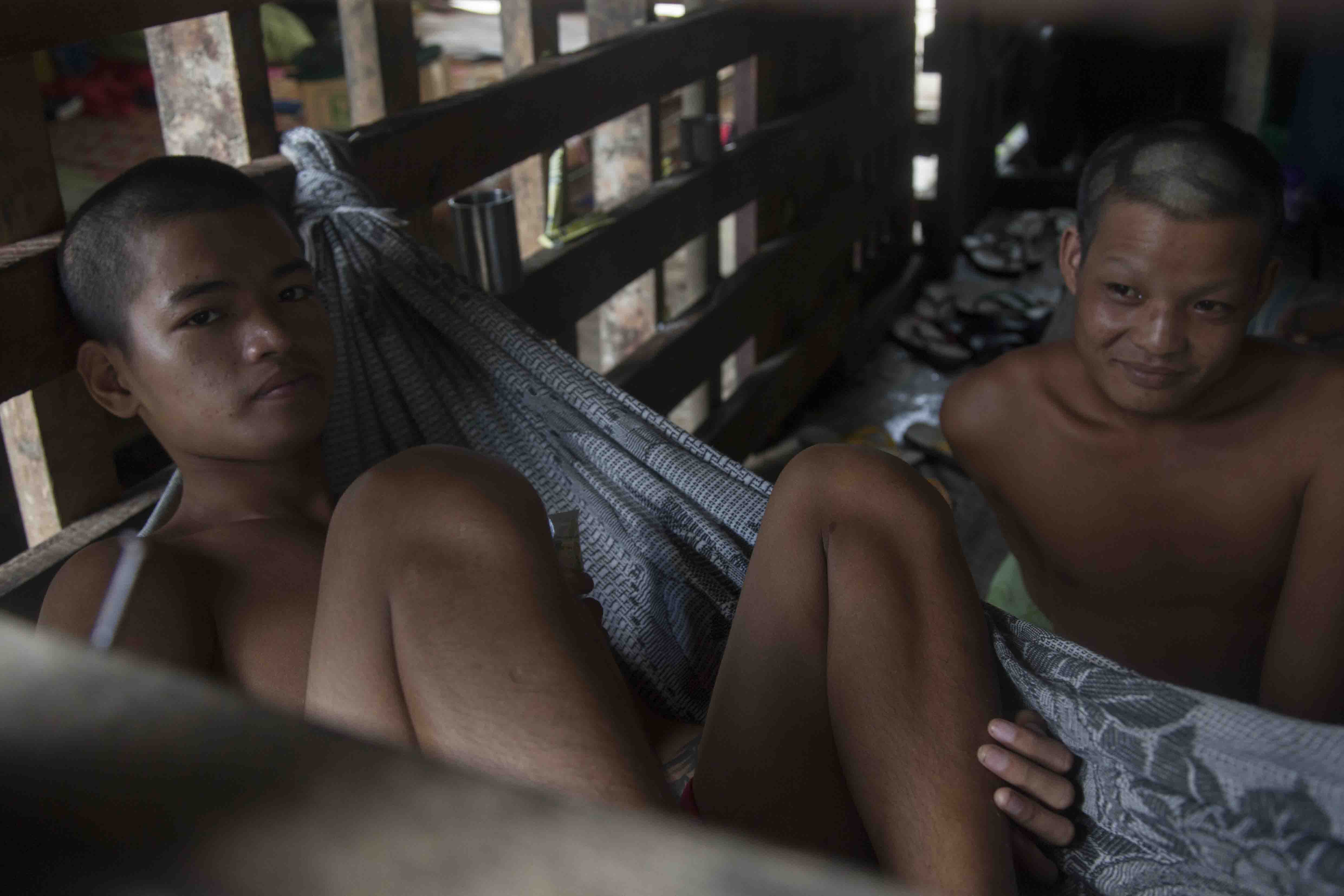 After arriving at the detox centre, new arrivals are detained in a wooden cell.

Among other things, Pat Jasan is responsible for forcing drug users into detox centres, as well as conducting raids on poppy plantations – which often leads to confrontations with both the Tatmadaw and government-backed militias.

The United Nations estimates that over 200,000 households in Myanmar are currently involved in the cultivation of poppies. “It’s not only the militias that are involved in the drug production here, many families also depend greatly on their poppy plantations to generate a living,” explains Daw Tang, a religious leader from the Catholic mission in Kachin state.

With few job opportunities, many families grow poppies simply to survive. These smaller farms are widely tolerated, even by Pat Jasan. Regretfully, a Pat Jasan volunteer admits this creates a loophole for the militias to operate, explaining that they often “buy raw material from smaller farms, transform it into heroin, and then export it.” 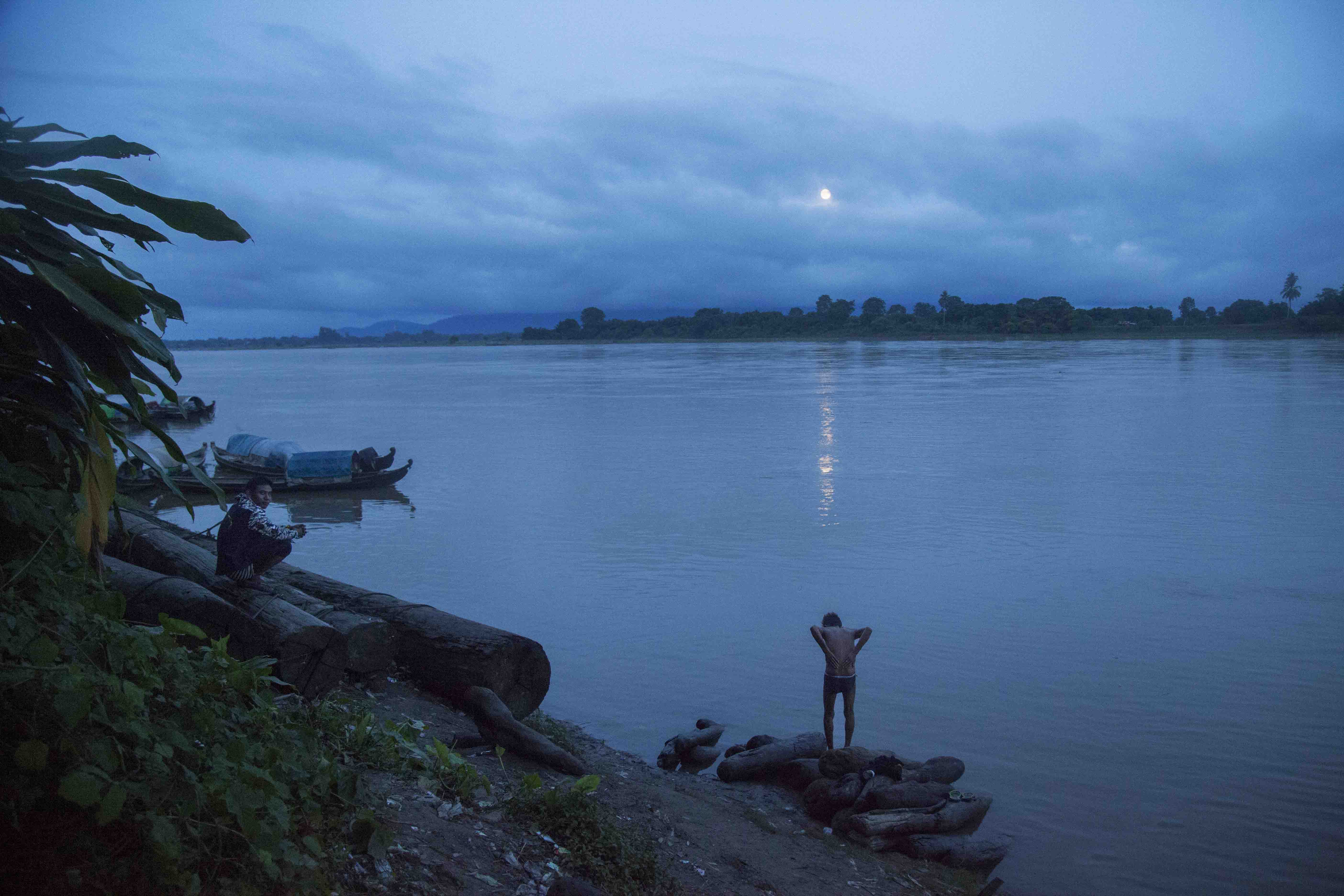 Similarly, criminalising small-scale poppy farmers has not led to a reduction in poppy cultivation. On the contrary – such policies often fuel corruption, with law enforcement and government officials extorting money from poppy farmers in return for not arresting them.

Since forming in 2011, Pat Jasan has grown to have over 100,000 volunteers. Among the public, they are seen as heroes for fighting back against the drug trade. However, despite their good intentions and local support, the group has received heavy criticism from human rights groups for their methods – particularly when it comes to rehabilitation.

Some drug users come voluntarily to Pat Jasan’s detox centres, but most are simply picked up by the group’s armed wing and forced into rehabilitation. One video, which circulated on social media, shows a drug user being flogged by a member of the group. “We aren’t flogging you,” says the assailant. “We’re flogging the drug in you; we are driving the drugs out of your body.” 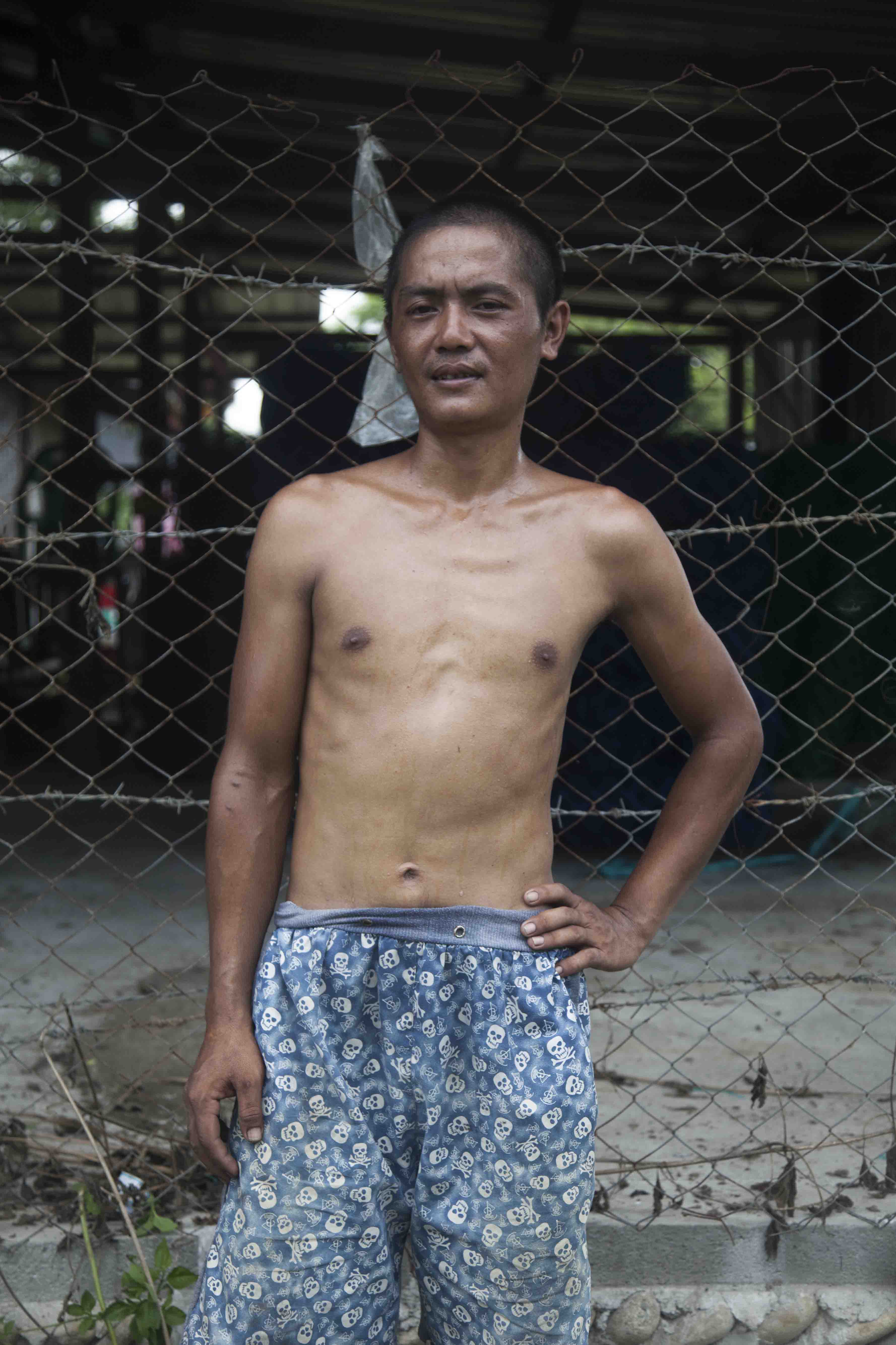 Inside a detox centre in Myitkyina – the capital of Kachin state – dozens of former users are now being held against their will. They wander aimlessly. Some partake in cutting down weeds which are scaling the 10-foot fence surrounding the complex, while others use a shovel to dig up an area for a makeshift volleyball court. There’s certainly a hierarchy inside: it seems the longer you’ve been there, the better off you are.

New arrivals are kept in a makeshift wooden cage called the “cell,” which can fit up to 15 people and has a toilet inside. Typically, they’ll spend up to two weeks in the cell, which is to stop them running away when they begin to feel withdrawals from the drug. (Waw Wu, a 21-year-old who’d just arrived in the centre, told me he felt extreme nausea, muscle spasms, shaking, sweating, and feelings of deep depression and anxiety.)

After 10 days in the cell, users are allowed to join the rest of the centre, where they’ll spend the next six months. According to Tang Gun, most of the users stay clean after being released – although, of the seven men being held in the cell at Maw Hpwng during my visit, three were there only six months after first being released. 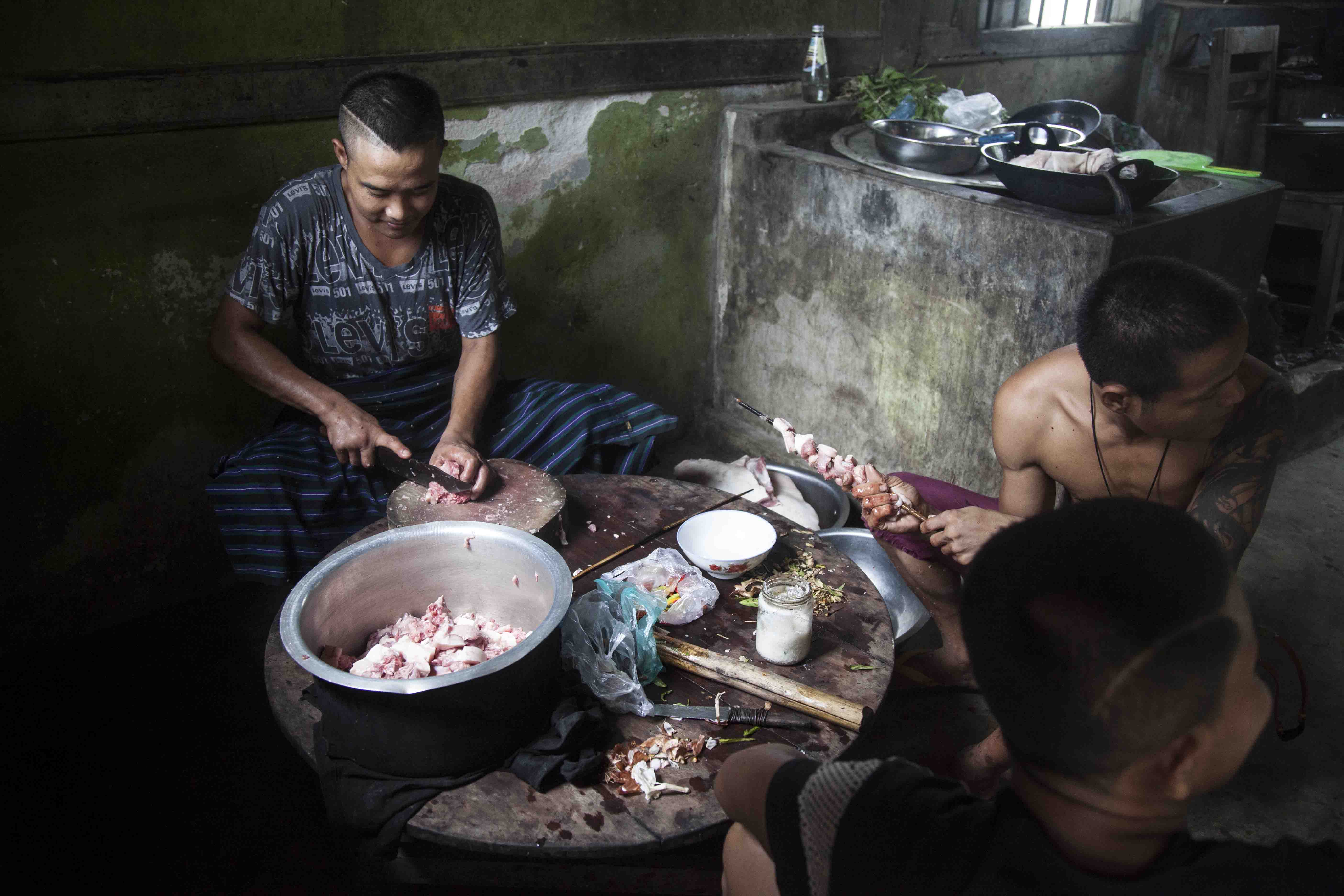 Once a month, some of the centres form football teams to play a friendly match against each other in the local park. These games tend to draw a big crowd. Tayzar, an elderly man who’s spent most of his life in Myitkyina and largely supports Pat Jasan, explained that he’d taken the afternoon off work to watch the match. “It’s good for them to get outside and be part of the community again,” he said. “I think most people don’t trust the drug users, this is perhaps a way to regain their trust.”

Back at the Pat Jasan HQ, Tang Gun sits with a stern and serious expression. When questioned on the media’s portrayal of the group and their methods and the response from human rights groups, Tang Gun was quick to reassure me that they have the support of the people, and that’s all they need. “Drug abuse is a threat to Kachin identity, they, who should help us, are against us. We have to look after ourselves, and we will fight to protect our people, as we always have.”

Linkedin
RELATED ARTICLES
OTHER ARTICLES
Photographer Anne-Marie Michel captures the women who through determination and strength are forging their own way in a male-dominated industry.
With the UK now set to run out of vaccines, people working in the sex industry – particularly outside of major cities – have been left especially vulnerable, reports Brit Dawson.
To mark the premiere of his new documentary on surfing giant Gerry Lopez, the filmmaker and former pro skateboarder sits down to share his unique brand of wisdom.
The government’s brutal crackdown on NGOs has left victims of rape without anywhere to seek help. And now, as the country plays a key role is Russia’s war, things are only getting worse.
Ahead of the release of his new album, the producer reflects on his battle with drug use, getting into painting and what Madonna taught him.
With the Women’s Euros in full swing, last week saw glorious, sweaty celebrations take place in a dedicated, safe space for female and non-binary fans.