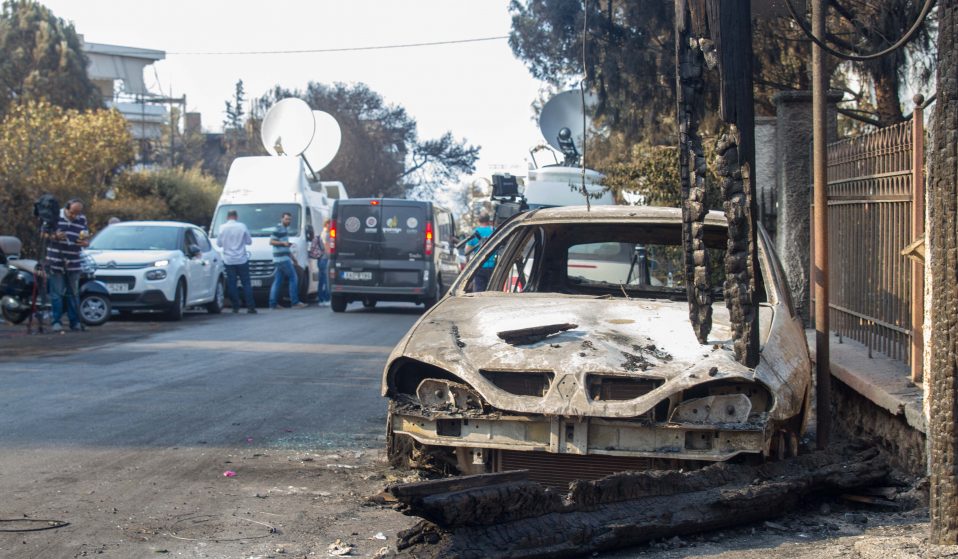 We head to Mati, where hundreds of humanitarian volunteers have joined relief efforts after Greece’s most deadly wildfires in a decade.

We head to Mati, where hundreds of humanitarian volunteers have joined relief efforts after Greece’s most deadly wildfires in a decade.

There’s an acrid, burnt chemical smell hanging in the air over Mati. The sign welcoming visitors to this mellow beachside town on Athens’ eastern coast is blackened by flame and smoke. Burned personal items, like mobile phones, trousers and sunglasses, lie on the beach nearby, abandoned as holidaymakers fled into the sea to escape swirling wildfires. While coastguards helped save 696 people who sought refuge on the beaches, authorities are discovering increasing numbers who met a much darker fate.

Greece’s worst wildfires in a decade wreaked havoc along the coast north-east of Athens this week, destroying thousands of houses around the historic town of Marathon. On Monday, enormous fires were burning on both sides of the city, covering the Greek capital in a sinister dark haze. A blaze at Kineta, a small seaside resort around 35 miles west drew firefighters from across the country.

However, a far more destructive blaze began on the eastern coastline, and surrounded Mati at around 5pm on Monday, sending people in the area fleeing for their lives towards the sea. As a result, over 2000 houses in and around Mati have been destroyed. The official death toll currently stands at 81, but as authorities and volunteers search the vast swathes of land devastated by the fire, many expect this to rise. 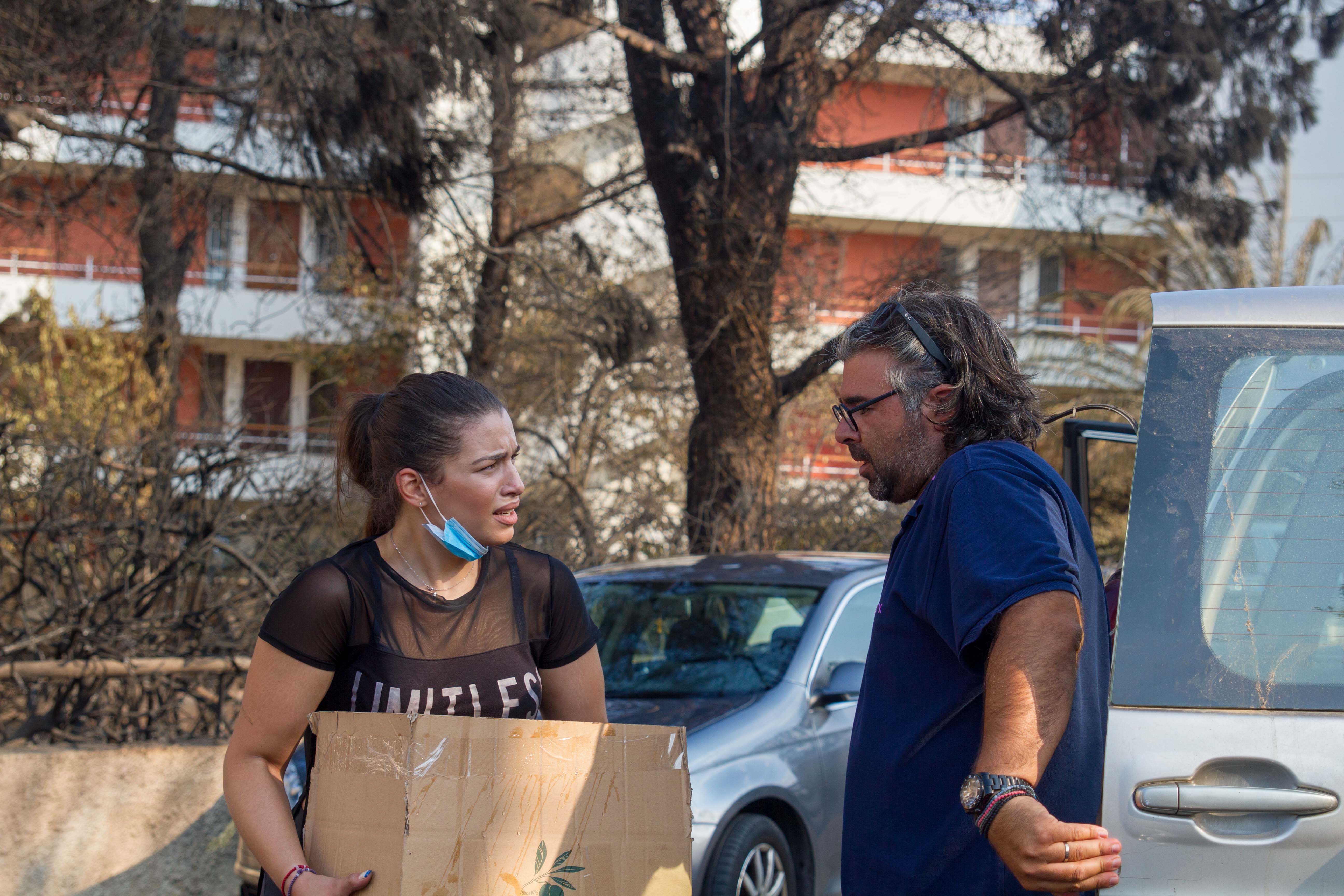 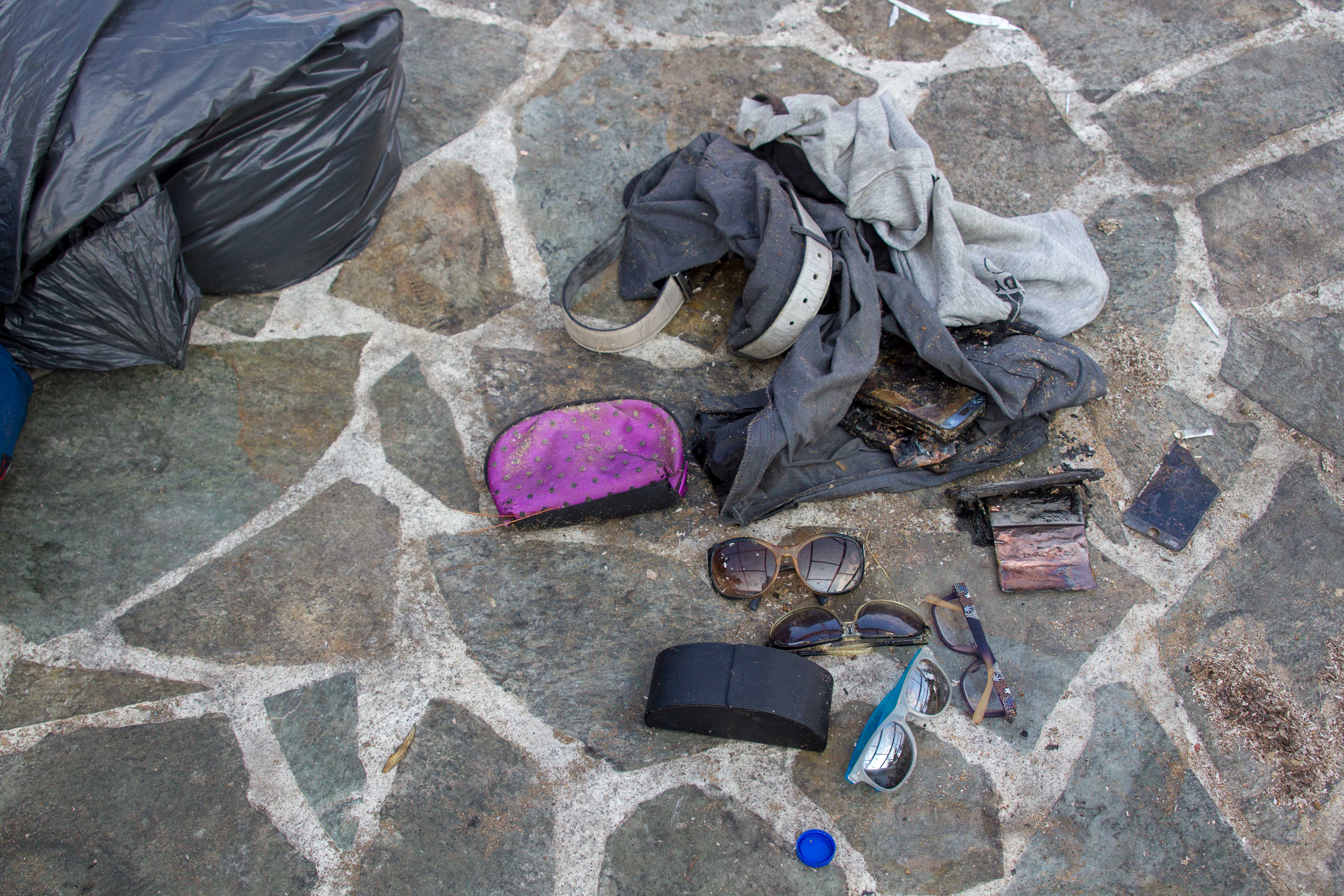 Tzilavis Savvas, owner of Marathonas Beach Hotel in nearby Nea Makri, says people were given very little warning the fires had escalated to such an intensity. Gale force winds of up to 77mph changed direction erratically, before turning towards the coast and driving flames down on thousands of people in the area. No calls for evacuation were made, but people fled for the coast in cars, many of which became gridlocked on the coast road.

Tzilavis opened the doors of his hotel, a short way north of where the fire finally burnt out, to those forced to evacuate. So far, 40 people have found refuge inside, the kitchen has given out over 1,200 free meals, and it has been established as a drop-off point for food and medical donations.

Tzilavis sets off in his jeep to deliver water and other supplies to the people who remain in the affected areas, where around two-thirds of houses have been savaged. It’s hard to appreciate the scale of the fire, until you begin to drive through it, and the destruction seems never-ending. There’s a spot where 26 people died together, after being unable to reach safety on the shore. 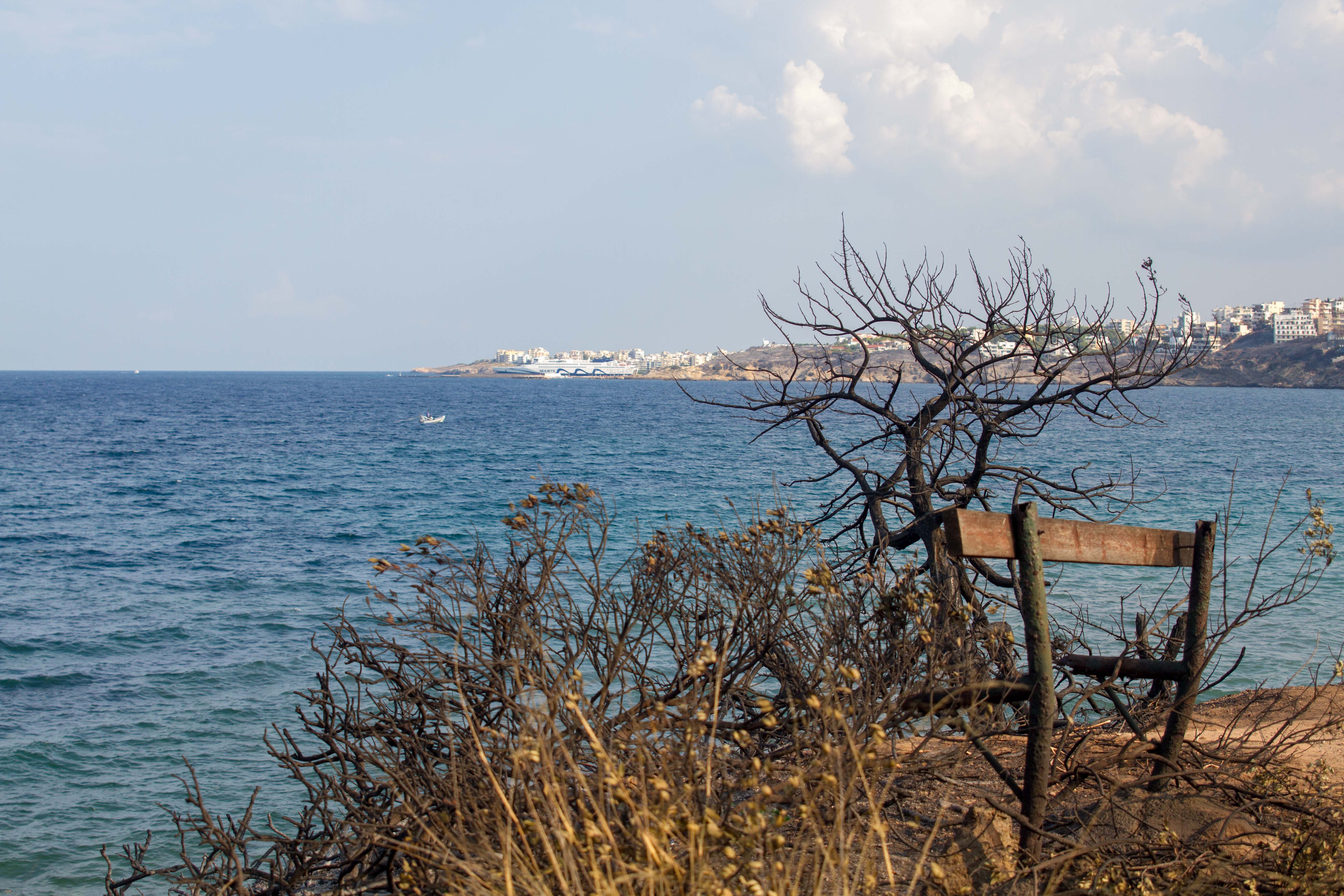 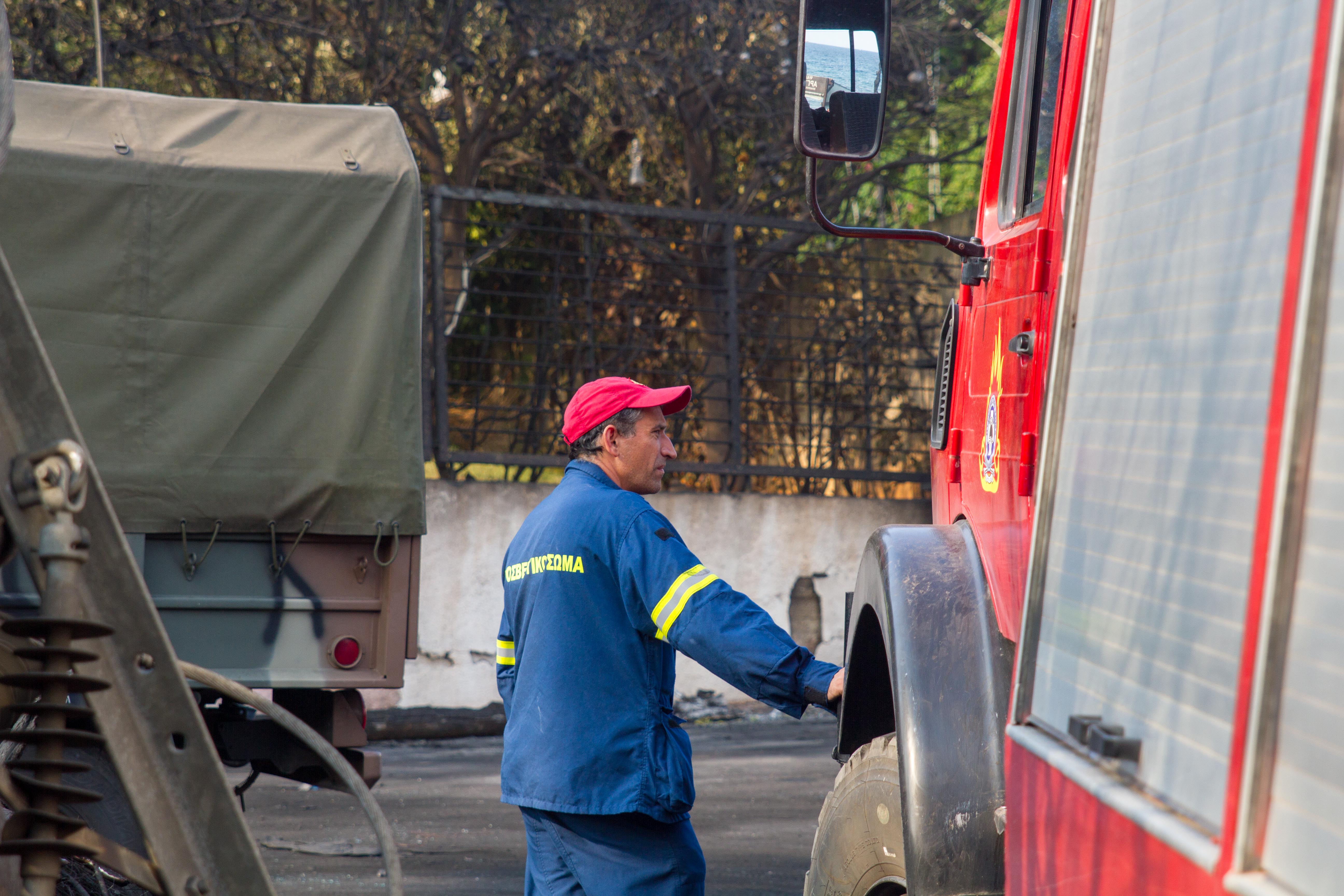 Many of the burnt-out cars which blocked this road have been cleared away to allow rescue services to pass, but many still lie gutted along each side of the street, which is strewn with silver blobs of melted metal. Volunteers wearing chemical masks are checking the scorched houses and apartments, distributing water and comforting those residents who remain.

“It all started so quickly,” Elli says. “There was so much wind. The cafe on the corner caught fire, so we ran out and started spraying everything we could with a garden hose. Everyone was trying to put out the flames. There was so much fire, but it was so intense that after less than 10 minutes, everything had burnt out. But we can’t relax. It feels like one more gust of wind, one more fire and everything we have will be gone.” 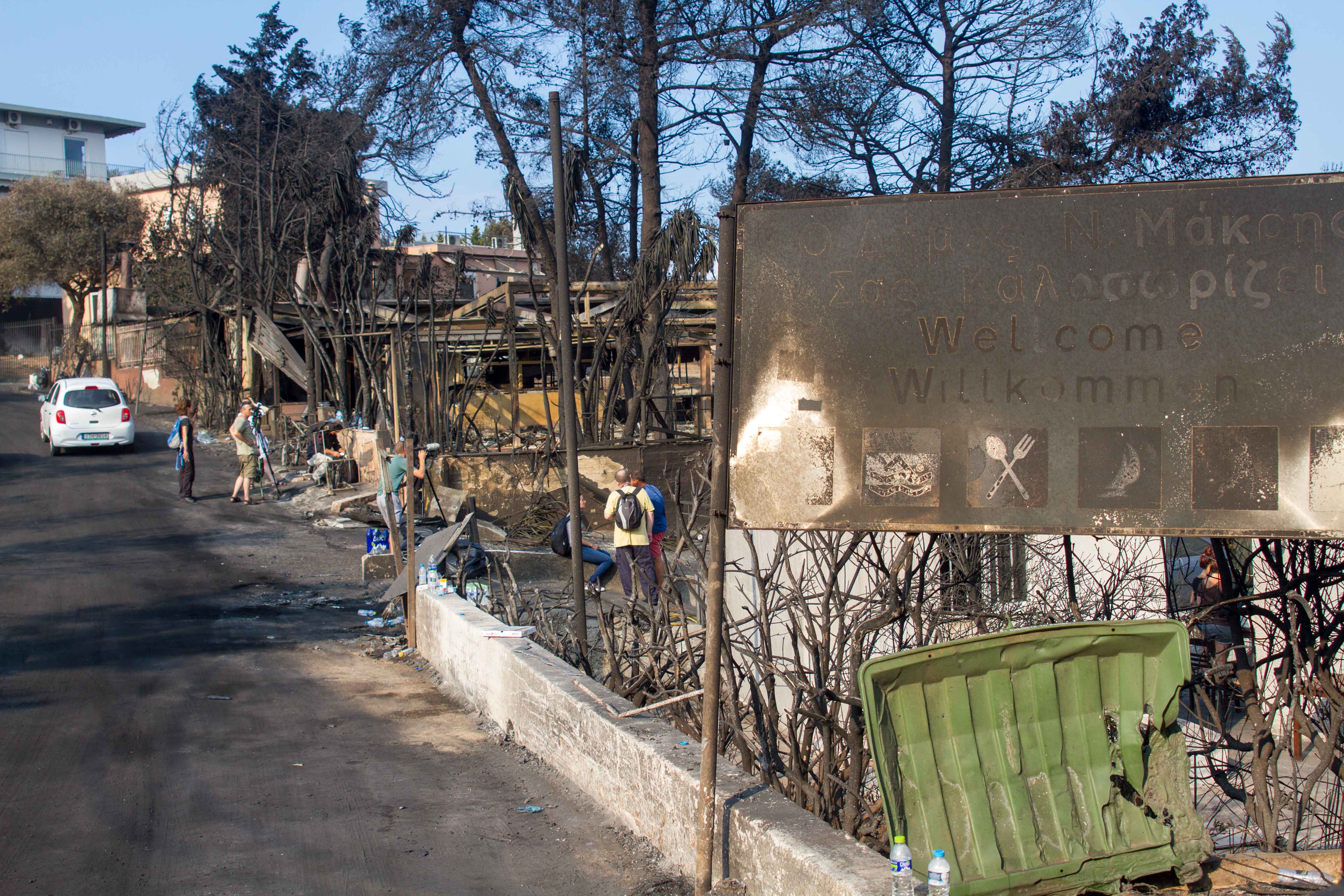 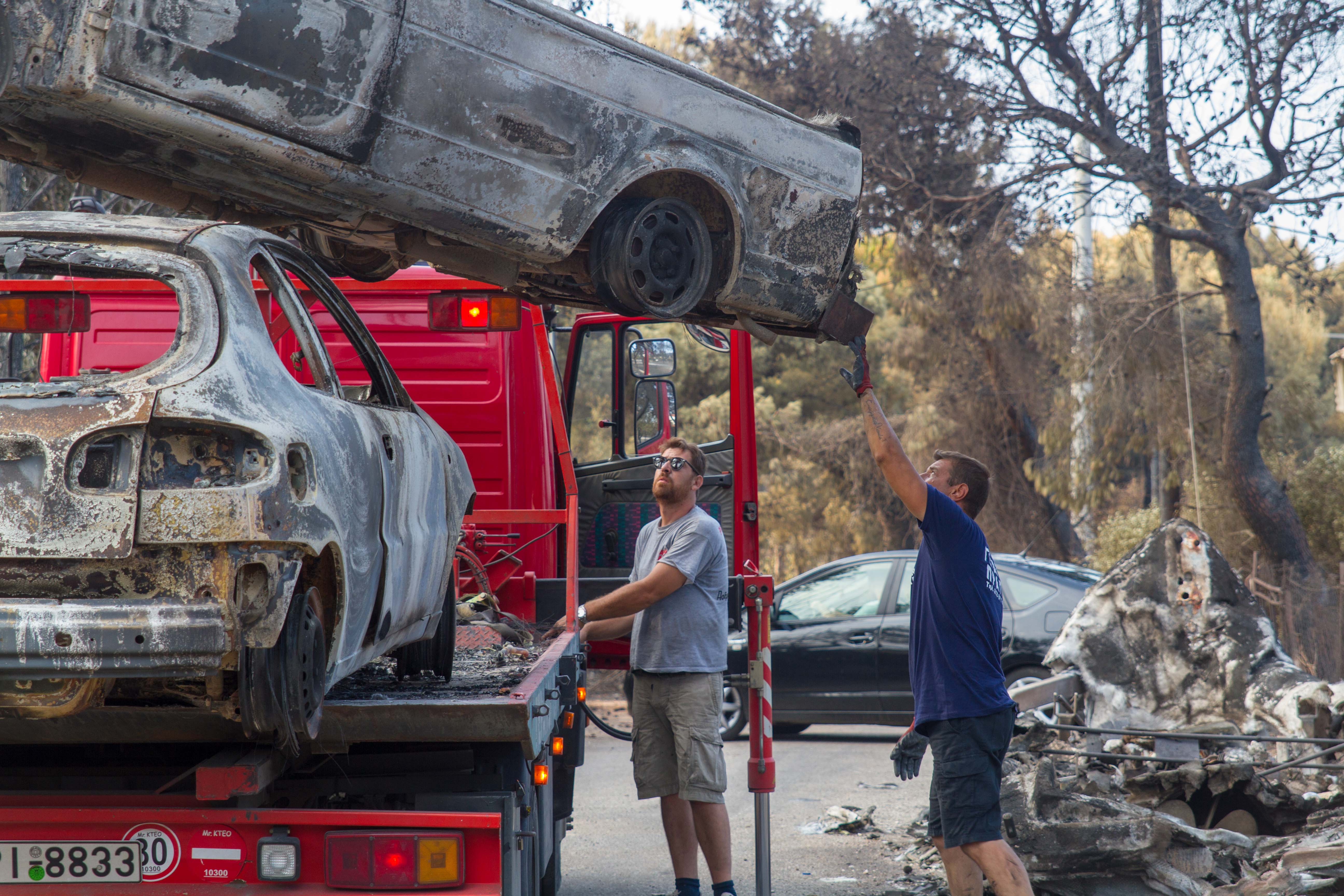 A dry winter and incredibly hot summer (a heat wave in Athens this week pushed temperatures to over 40C) have left surrounding areas dry like a tinderbox. As climate change has had similar effects across the Mediterranean, wildfires have become increasingly regular, ferocious, and, often, deadly.

This was always going to happen. Here, in the Eastern Mediterranean, it’s no longer a case of if this summer will bring forest fire. It has become a question of when, where, and how large the fire will be, and whether it will burn through forest and countryside, or houses and human flesh. With wildfires now so regular, many are asking why authorities seemed so badly prepared and unable to respond effectively.

But the scale of the response by ordinary Greek citizens has been remarkable. After news of the destruction broke, blood banks were overwhelmed with donations, and people across Athens could be seen filling their cars with supplies to help the affected areas. Collection centres have also been inundated, with humanitarian agencies now calling for a halt to donations – asking for helping-hands or cash instead. 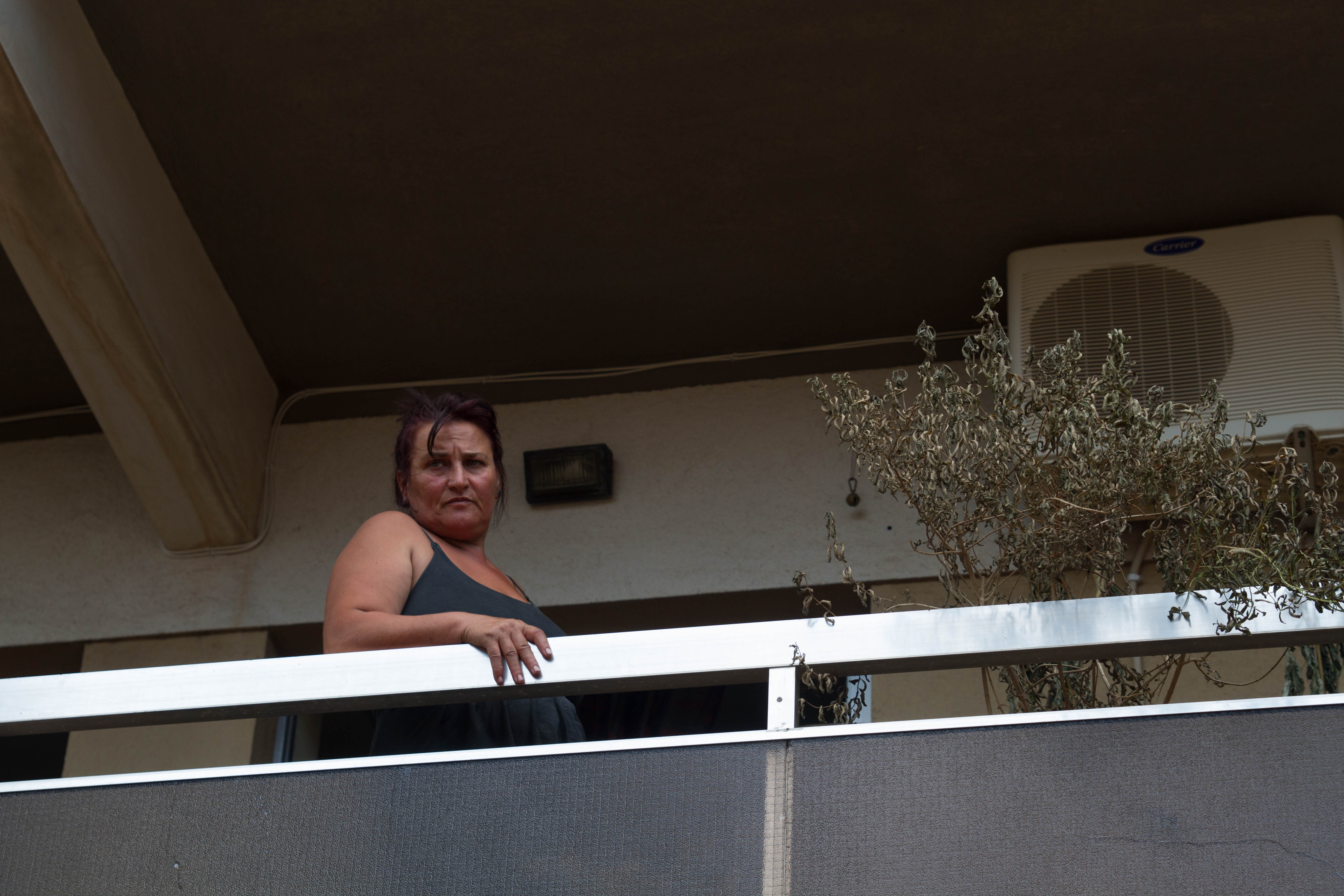 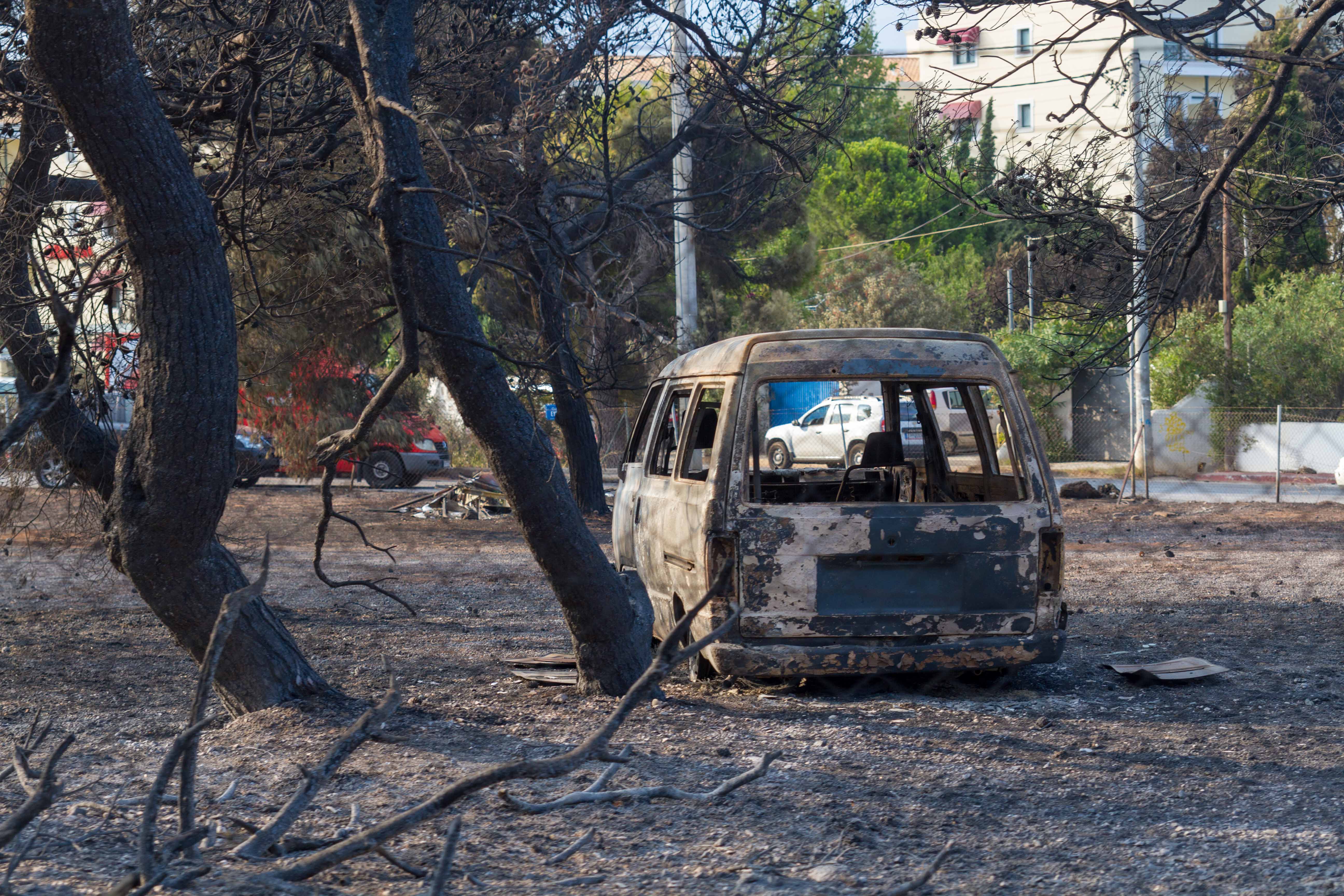 With immediate, most basic needs of survivors now largely met, the humanitarian response becomes more complex and long-term, says Antigone Lyberaki, the General Director of SolidarityNow, which has been playing a leading role in the relief effort. “When organisation and distribution of material donations are so time-consuming, it is far more effective if people who can’t offer hands-on help donate money, even small sums,” Antigone explains. “Through our experience with addressing the effects of the Greek financial crisis and refugee crisis, we’re able to ensure every last cent gets effectively channelled to the right destination.”

“In the next few days the priority is to find out what has happened to the people still missing and registering the material damages that have taken place,” she continues. “In the next few weeks, we will need help in the clean-up effort. It is amazing what a havoc a fire creates.” 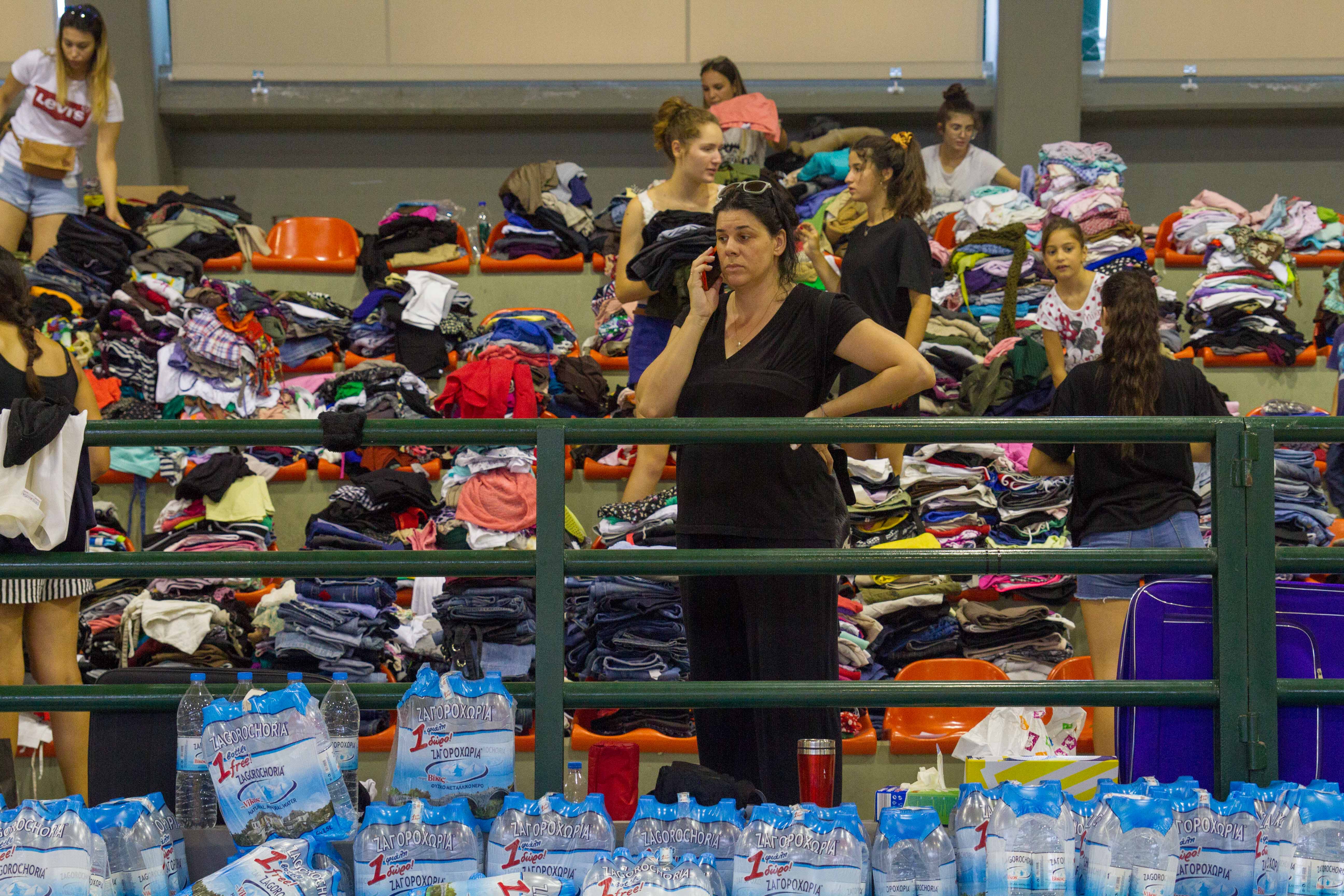 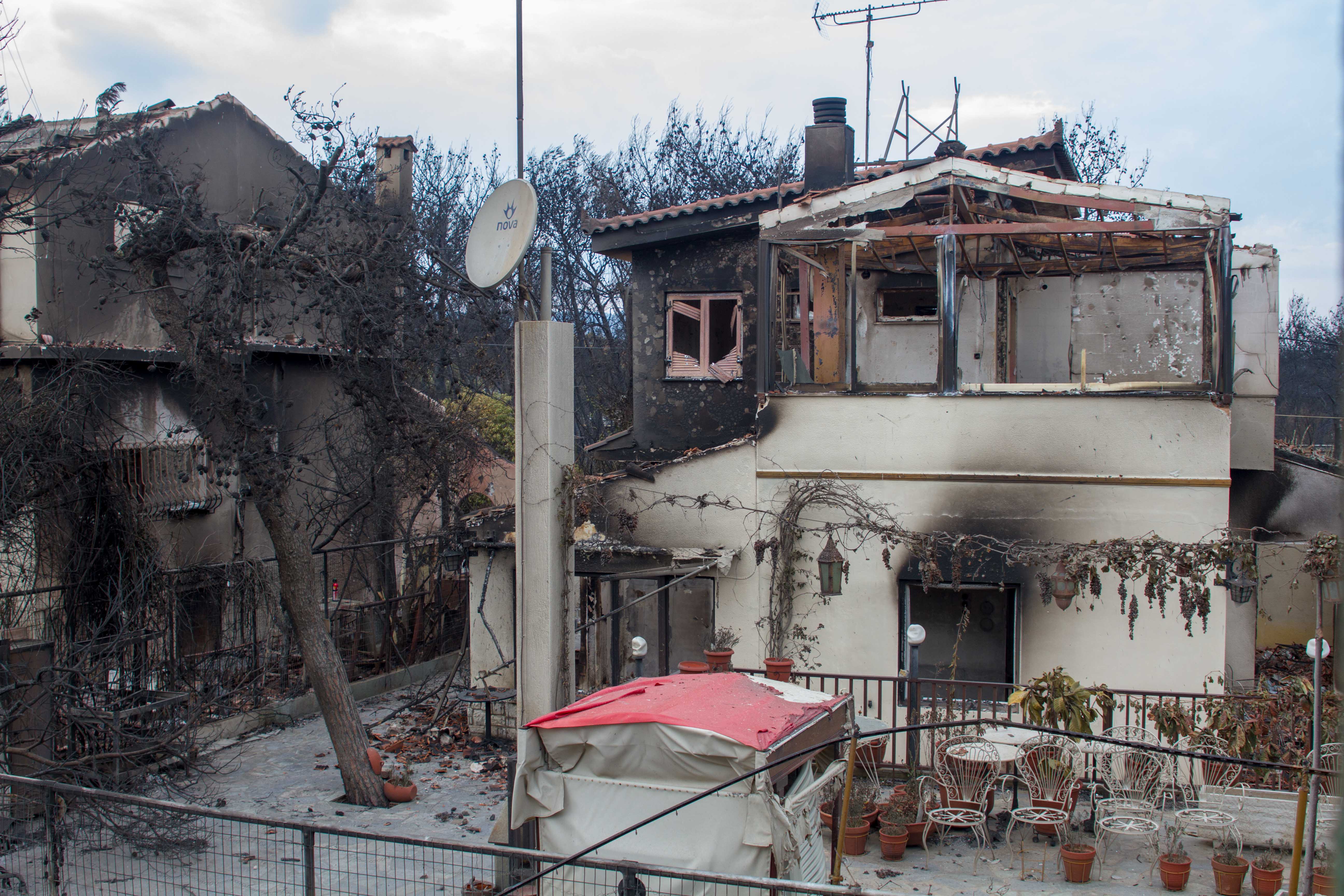 “Of course, in the beginning, it’s the specialists who have to step in and remove burnt cars and dangerous materials. But after that, there is a huge effort required in the general clean-up. We’re going to work enthusiastically with our volunteers, our staff and our beneficiaries; refugees benefitting from European and UN money, who have found shelters, accommodation or lessons in our classes. We are going to draw them into this effort so solidarity becomes reciprocal, cementing what an open society should be; everybody contributing to the extent of his or her own means and capacities.”

Rains on Wednesday night brought hope that this would be the end of fires in the region this summer. But it will be at least a month before Elli and Kostas have their power and water re-connected, and much longer before they feel the effects of any reconstruction efforts.

“Everyone has gone, we’re the last people left,” Kostas says. “Our car is gone. It was old and not much, but it was the most precious thing we had. We’re staying. All our clothes are here and this is all we have. We have nowhere else to go.” 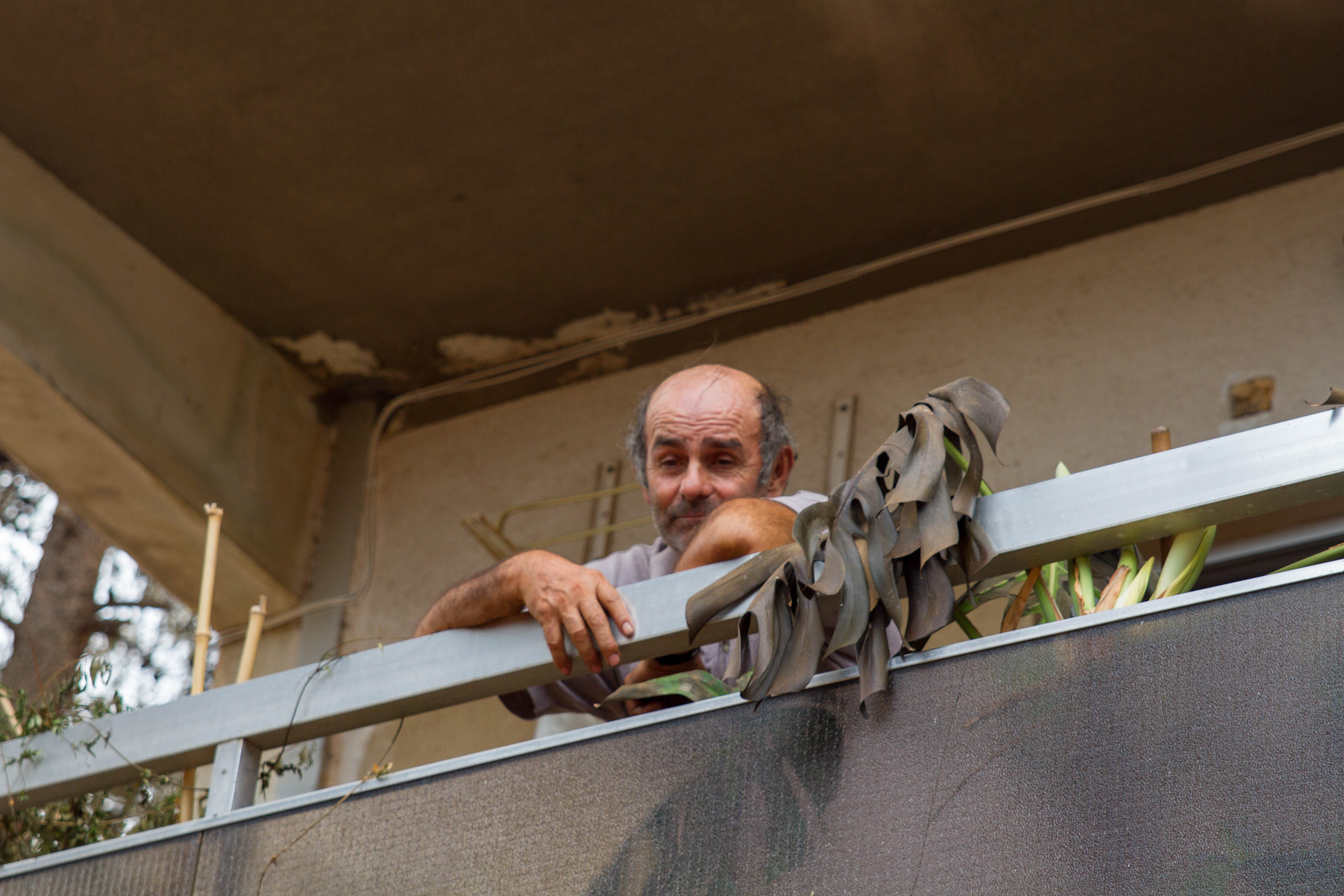 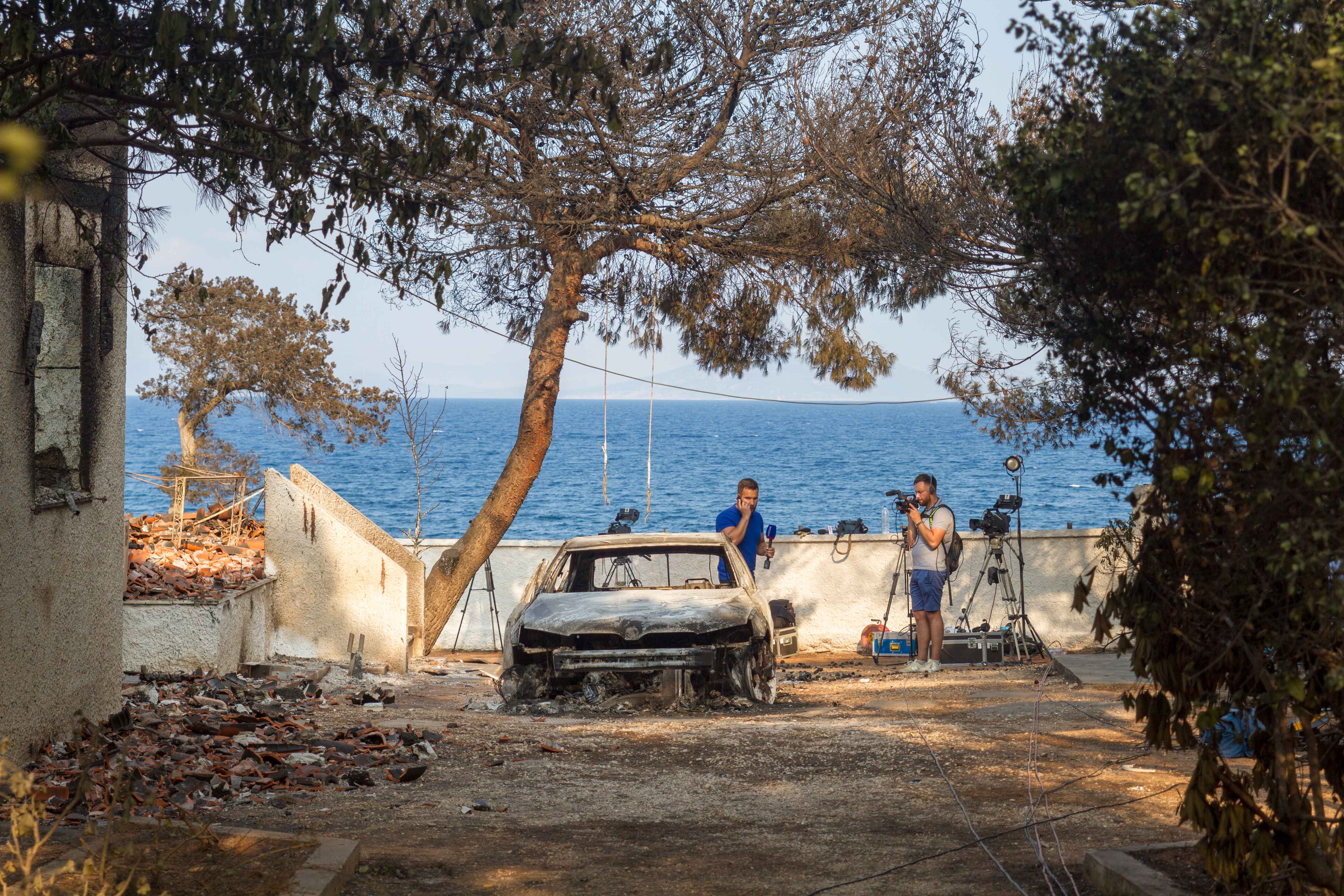 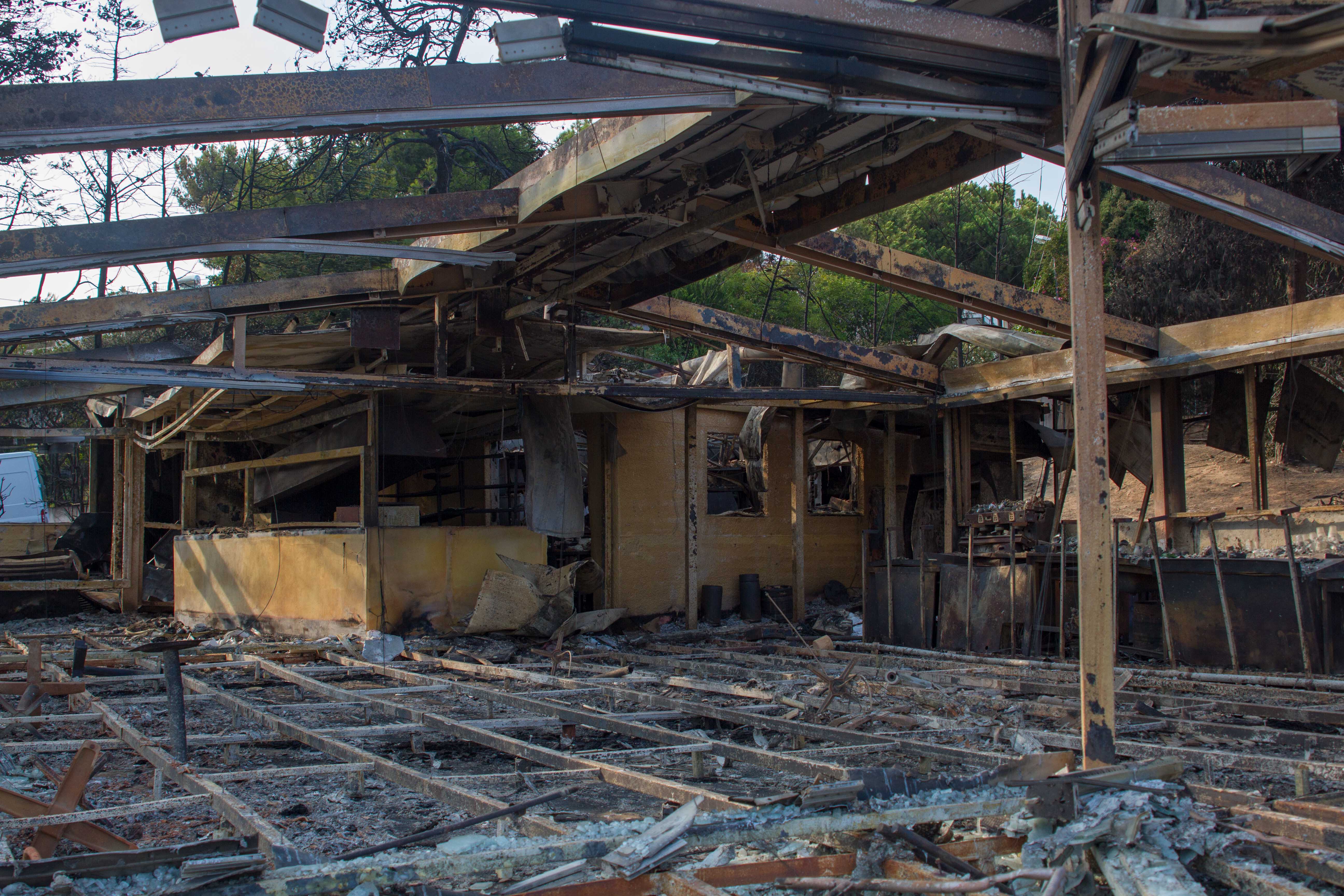 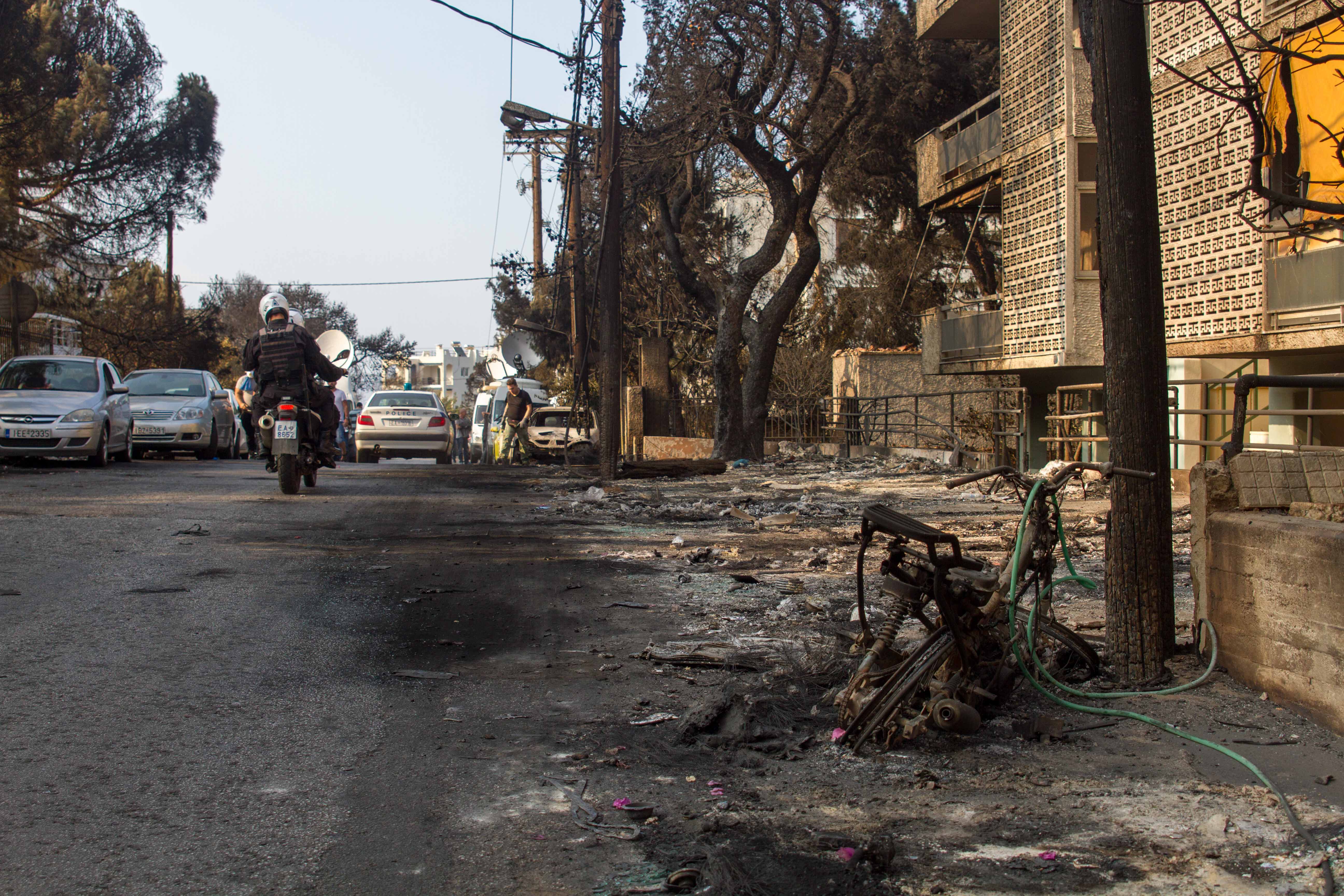 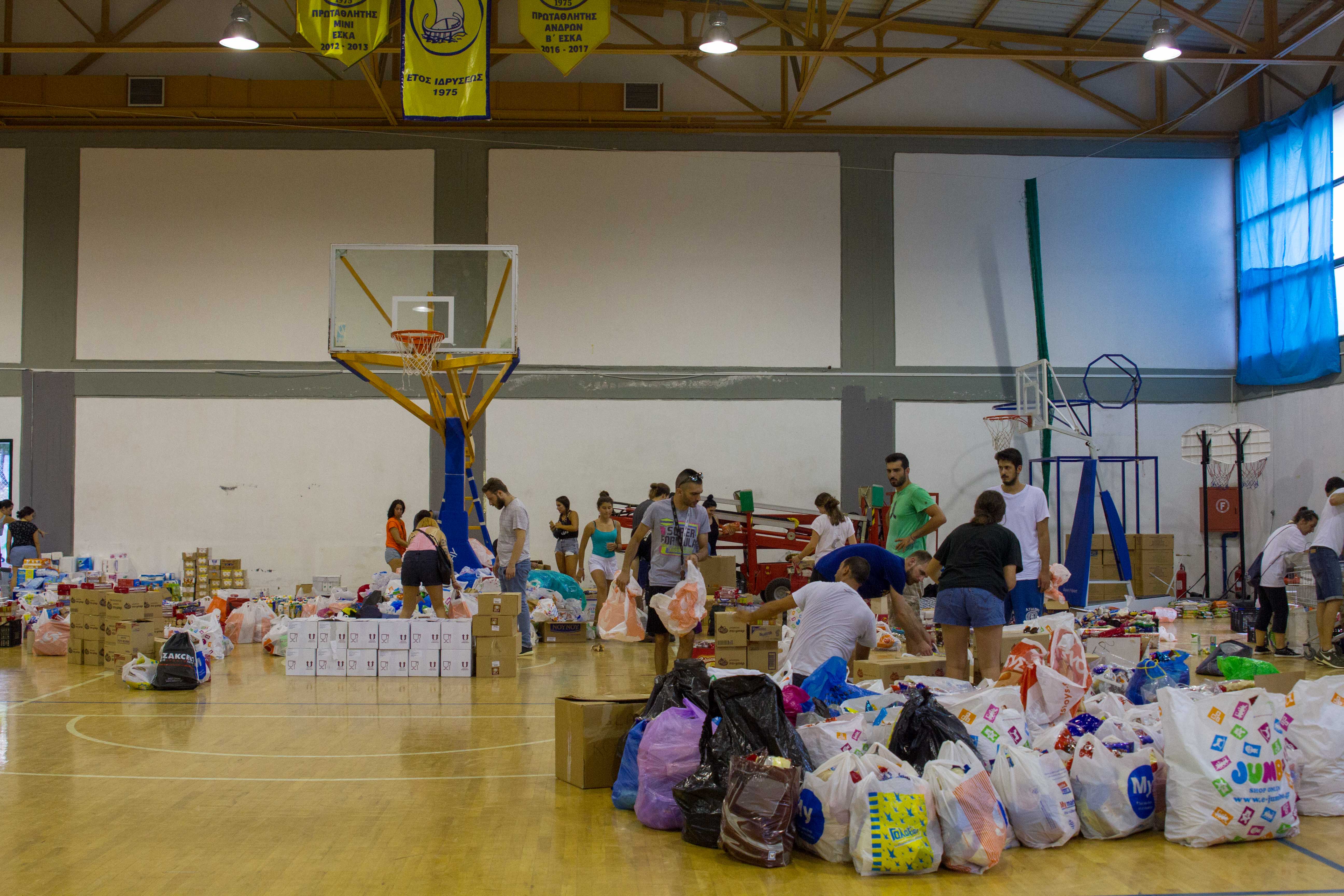 You can donate to support Greek NGO Solidarity Now’s work supporting those affected by the Athens wildfires here.

Linkedin
RELATED ARTICLES
OTHER ARTICLES
For over a decade, gamblers have won big by employing people to place live bets from the court. But does this dubious method still work?
Sean Maung’s photos are a love letter to the Black and brown communities that make up New York.
Rogue landlords are exploiting young and inexperienced renters and leaving them in mental and financial turmoil, reports Niall Hignett.
As the Scottish government announces a rent freeze, an activist with Living Rent who fought and won shares how they did it, and what must come next.
Financial turmoil is pushing people who work in the sex industry into more dangerous and desperate situations as a means of survival.
Ahead of the release of their first collaborative album, the producer and rapper talk psychedelics and the state of UK hip hop.