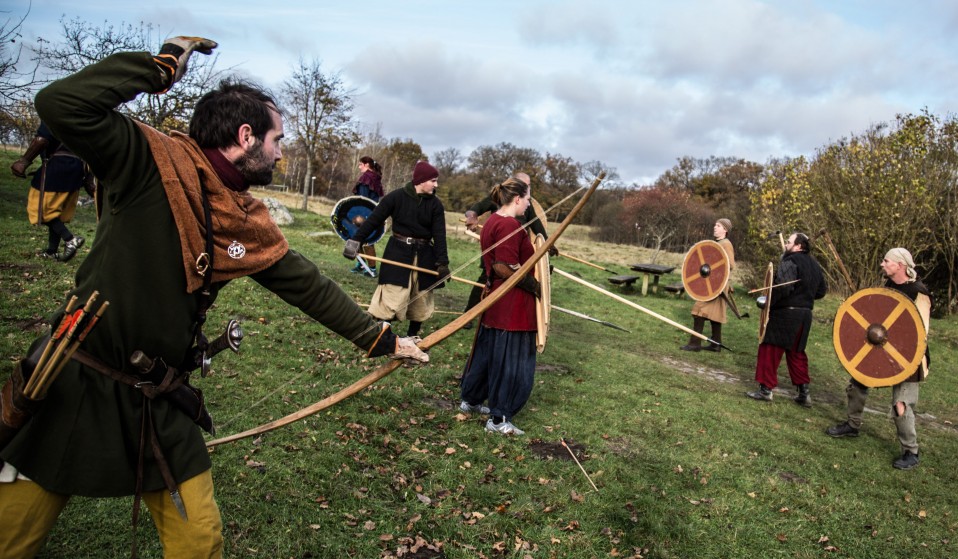 Over the last 25 years, thousands of Scandinavians have become part of an increasingly popular Viking scene. Writer and photographer Matteo Congregalli joins them for a typical, cut-throat training day.

Over the last 25 years, thousands of Scandinavians have become part of an increasingly popular Viking scene. Writer and photographer Matteo Congregalli joins them for a typical, cut-throat training day.

“When Sweden got closer to the European Union, some Swedes started asking ‘what are we? what is our history, our identity?’” explains Ola, while we are riding on the highway from Malmo to Genarps, on a clear, crisp Sunday of mid-November. “That’s when the Viking scene became popular.”

Outside, the southern Swedish county of Skane is flat land everywhere. A windmill or a red and white barn appears every once in a while, only to disappear behind an isolated green hill or drift away with the scenery.

Across the passenger seat, there is a two-metre spear and a longbow. The quiver full of arrows is in the trunk alongside a wooden round shield, an axe and a single-handed sword. Ola is a modern-day Viking warrior, and we are heading to a combat training session in a forest in the Swedish wilderness with the Viking group Halsingarna. 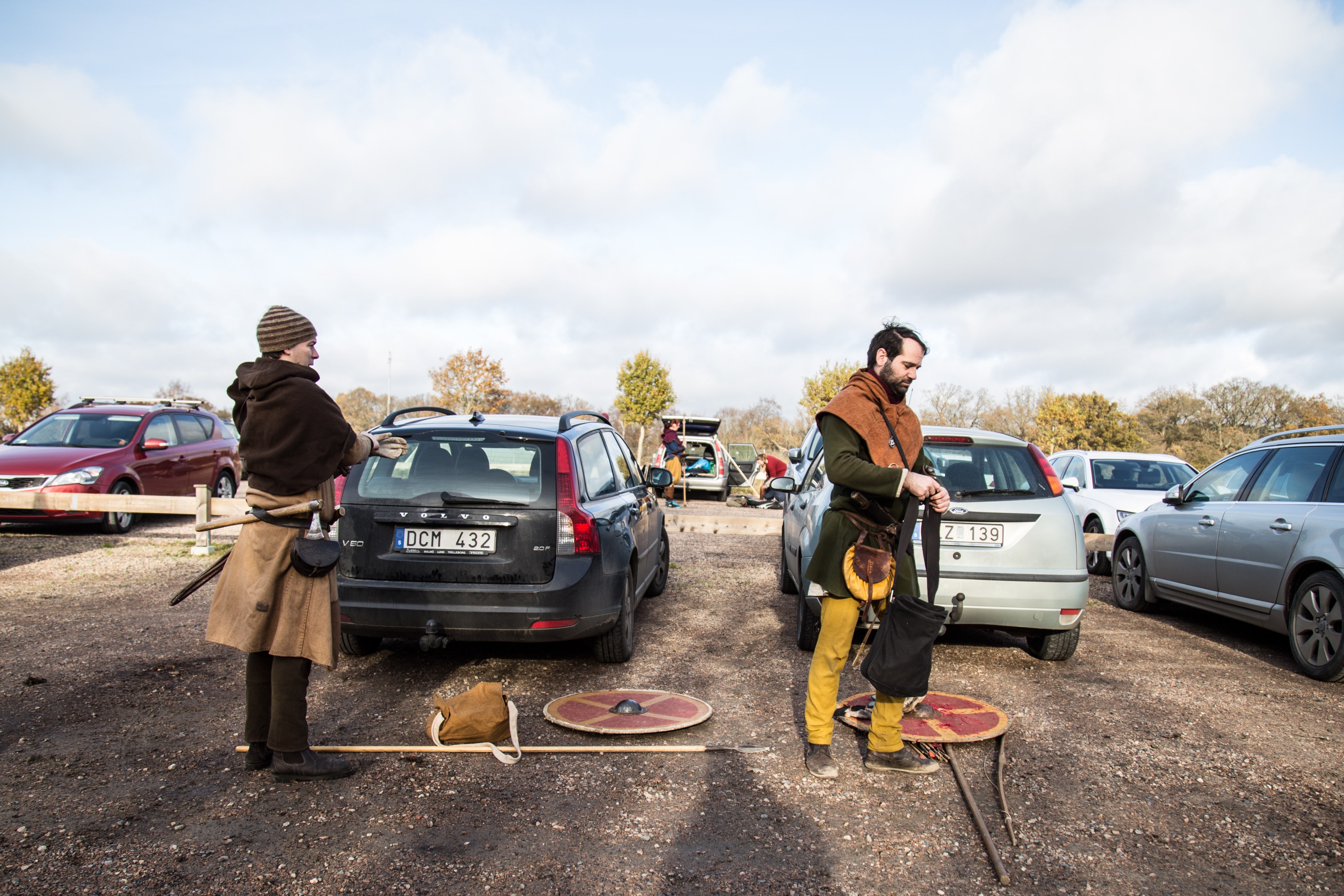 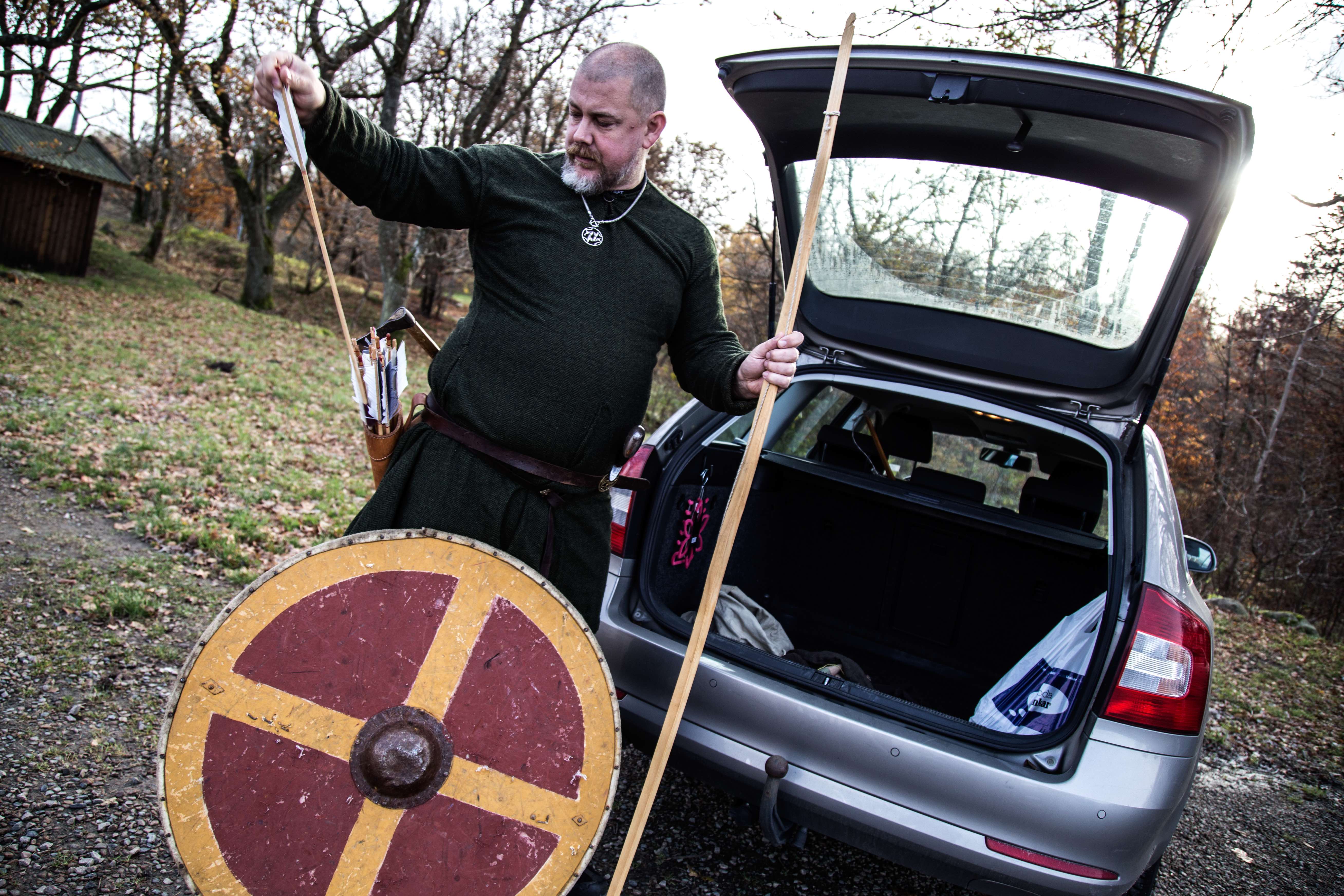 Over the past 25 years, Sweden and the whole of Scandinavia has seen the rise of an increasingly popular Viking scene counting thousands of members. Modern-day Vikings range from reenactors and archaeology enthusiasts to people who ethnically self-identify as descending from the 11th-century Scandinavian population. The Viking scene often gets a bad rap due to the public’s association with Nazism and far-right extremism; every Viking often and proudly stresses that there is no place for racists in the scene.

The Vikings fight against each other in reenacted battles and hand-craft goods according to historically accurate procedures. Some even worship Nordic gods, with priests (godes) officiating weddings, funerals and baptisms as well as festivities – such as the upcoming midwinter blòt that celebrates the return of sunlight after Saint Lucy’s day.

Ola himself belongs to the first category of Vikings: the re-enactors, those who periodically embrace Viking culture, taking parts in battles and heading to Viking markets. Today’s training in Genarps is meant to keep his group fit and prepared throughout the winter, ahead of festivals that are usually held during the spring. The Wolin Festival in Poland gathers thousands of Vikings from all around the world, every year, in August.

“For me, it is also a matter of mental health,” says Ola. “After you spend a whole afternoon running in the forest fighting and screaming, it just feels good when you go back home at night.” 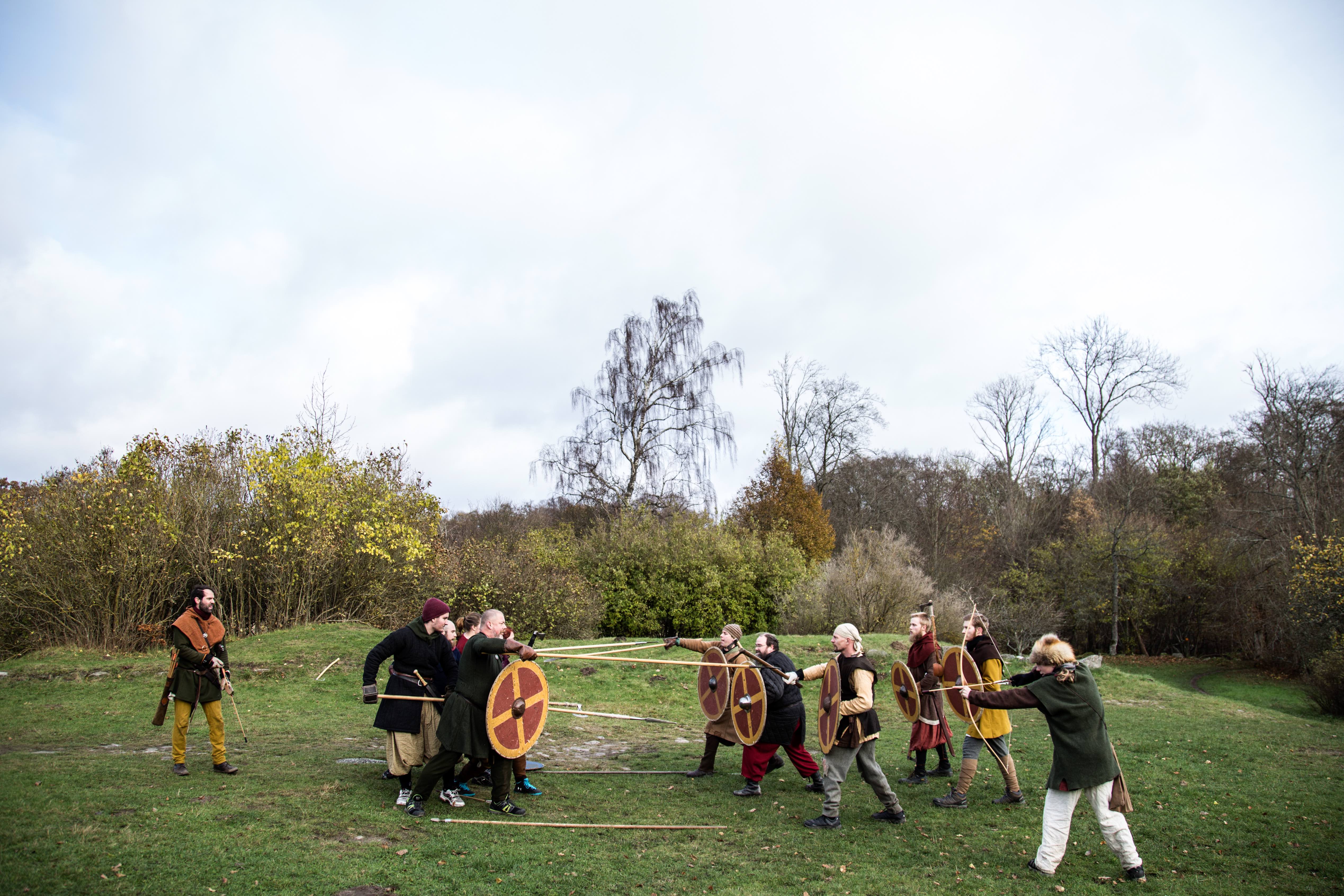 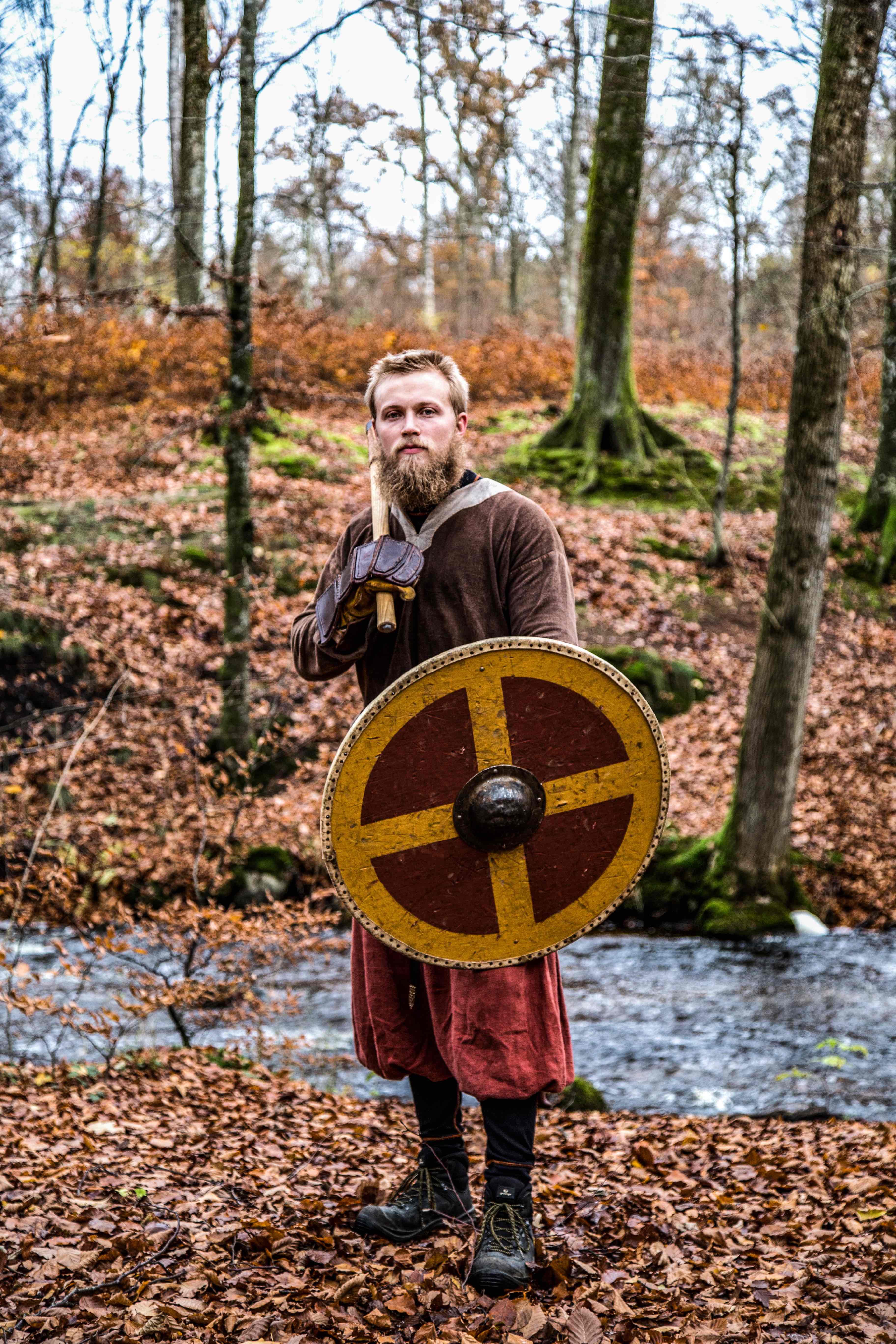 Once we get to Genarps, Ola pulls up an unpaved road leading to a parking lot at the edge of a forest. Mountain bikers are unloading their gear and Sunday hikers pass by, paying almost no attention to Ola, with his Viking shield slung across his back or to other people in full Viking outfits, with spears, axes and trail-running shoes.

Down to a clearing, other Vikings are waiting for all the members of the group to join them. Ola is the oldest today– 50 years old, 25 of which have been spent in this particular Viking group. Ask, a 16-year old sporting a furry hat and a short bow, is the youngest.

Today’s training is a mix of cardio, “first blood” fencing (with no blood as weapons are blunt) and combat role play. The first exercise is the “knife-game”, I am told. A knife is planted in the middle of a circle of shields, which the Vikings stand on. When the signal is given, everybody runs towards the knife. The one who takes it has to defend himself (or herself, considering two female Vikings, Amanda and Hanna, are fighting today too) against the rest of the group. If you are hit, you have to surrender the knife to the Viking you lost it to. “It’s a good warm-up,” somebody explains.

Then the group moves from the clearing into the forest, where the real role-play begins. The Vikings split into two groups and pick a wooden bridge stretching over a creek. One formation has to defend the bridge, and the opposing team has to conquer it. 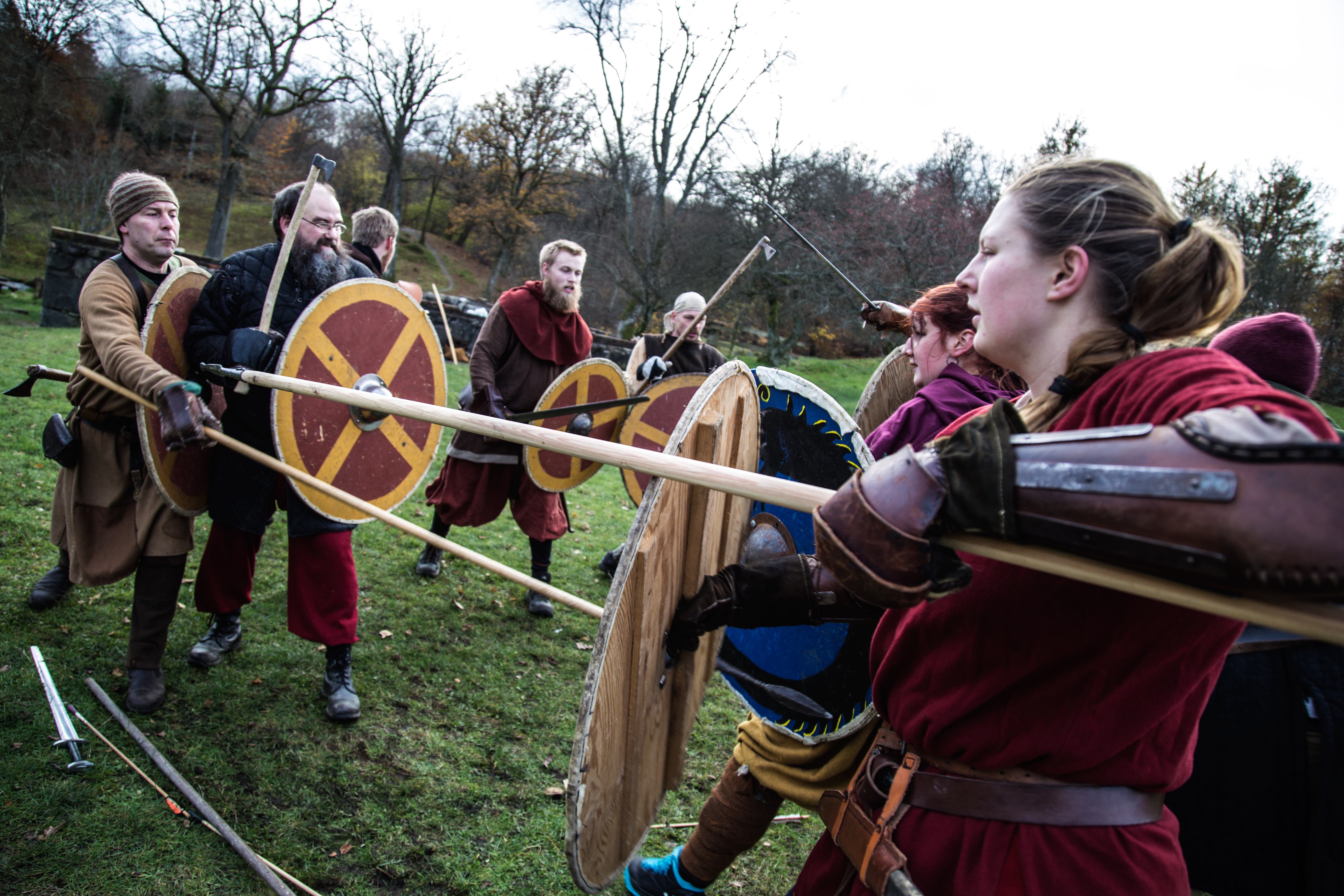 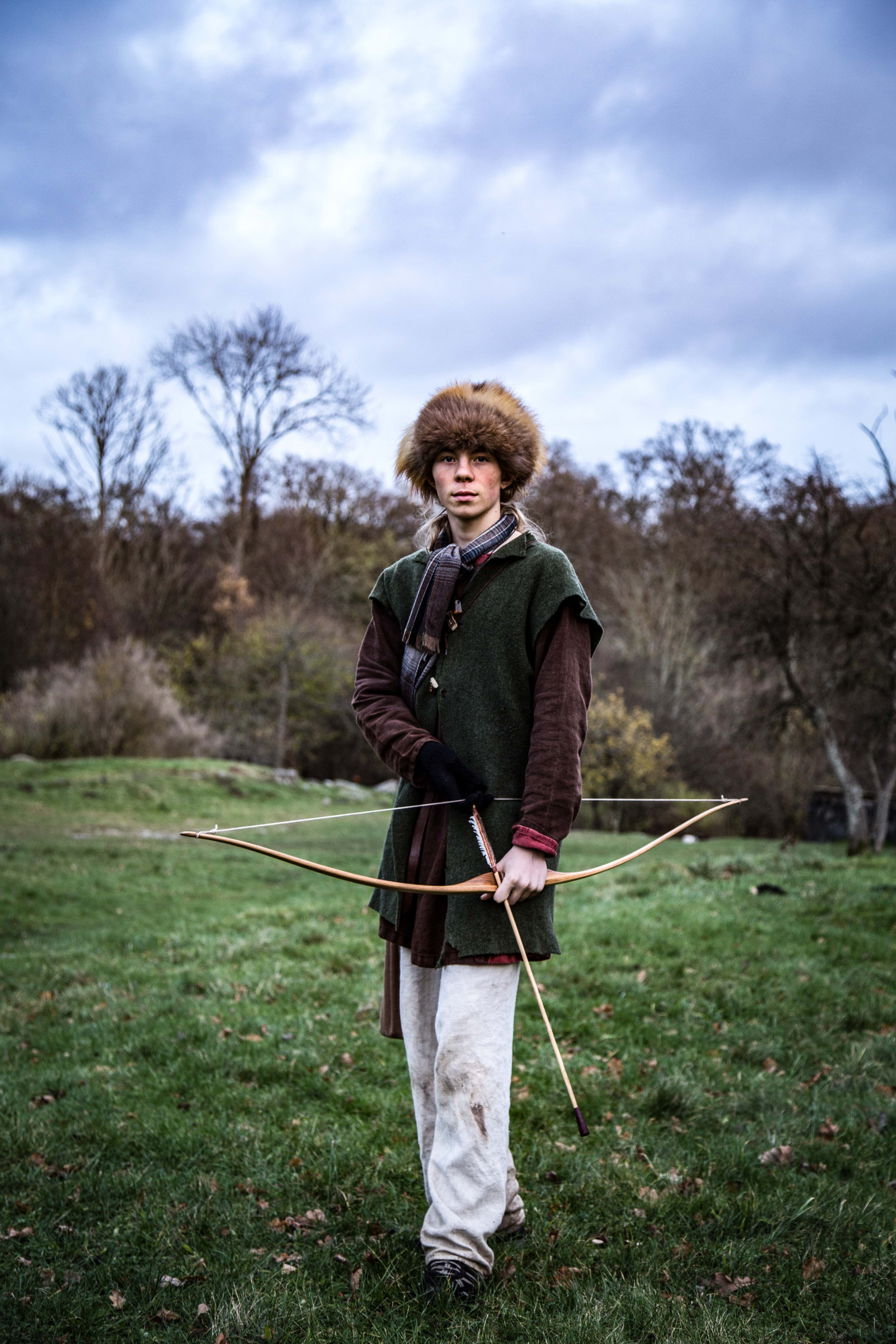 During breaks, the Vikings rest, leaning on their spears. Some have only just begun getting interested in the Viking subculture, with a little over a year of experience in a Norseman’s shoes. “Not long ago I was walking through this park and I spotted this groups of Vikings training,” remembers Jan, who admits to being Danish and not Swedish. “I was watching them and what they were doing and I knew right away that I wanted to do the same!”

Getting hold of the right gear is indeed part of the game. Weapons and armour have to be as historically accurate as possible. Swordsmiths and handcrafters are popular figures in the Viking scene. “You can buy anything from the internet, today,” explains Ola.

The afternoon continues with mock battles, bridge-conquering manoeuvres and orders shouted in Swedish. Every once in a while, cyclists or families walking their dogs come through.

After three hours, none of these red-faced and panting Vikings seems to be tired. “We wait for this all week,” says Olof, a bowman, enthusiastically. “So when we train we want to live every moment of it.”

Winter has come to Sweden and the light fades quickly. It’s time to go. We head back to the clearing. After a brief final speech, the Vikings hug each other with vigorous, noisily patting each other’s shoulders and say goodbye to the next training session in the forest. 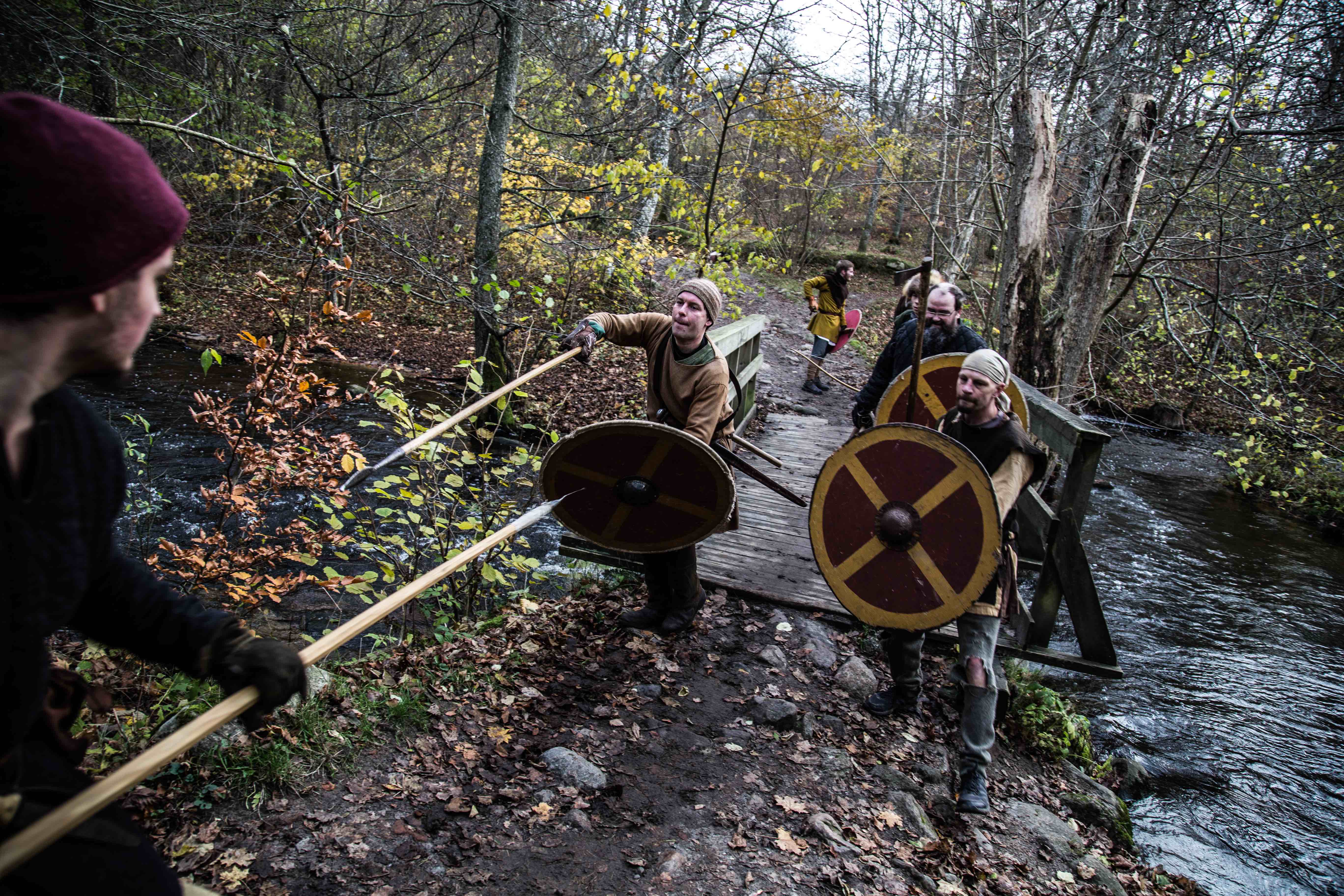 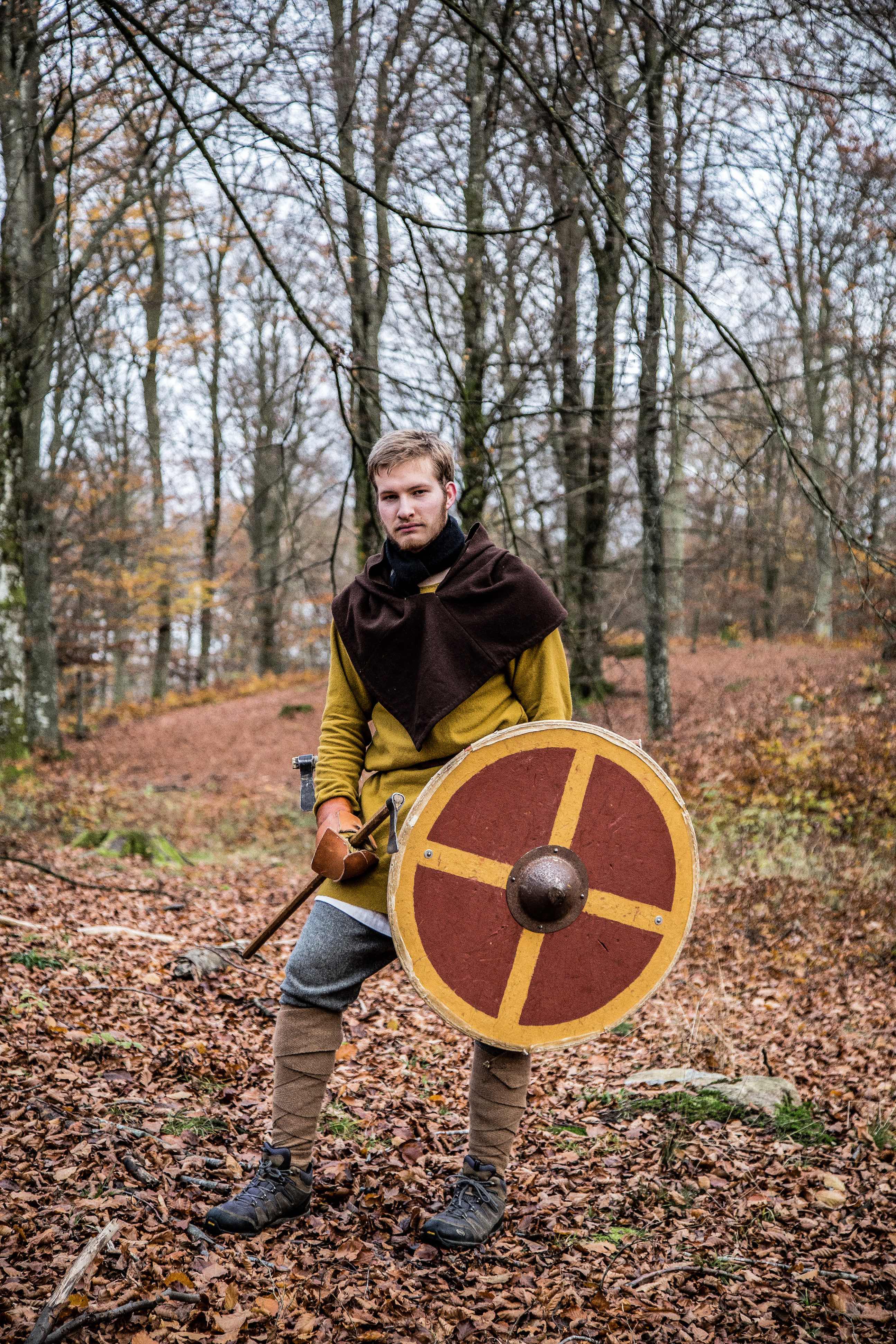 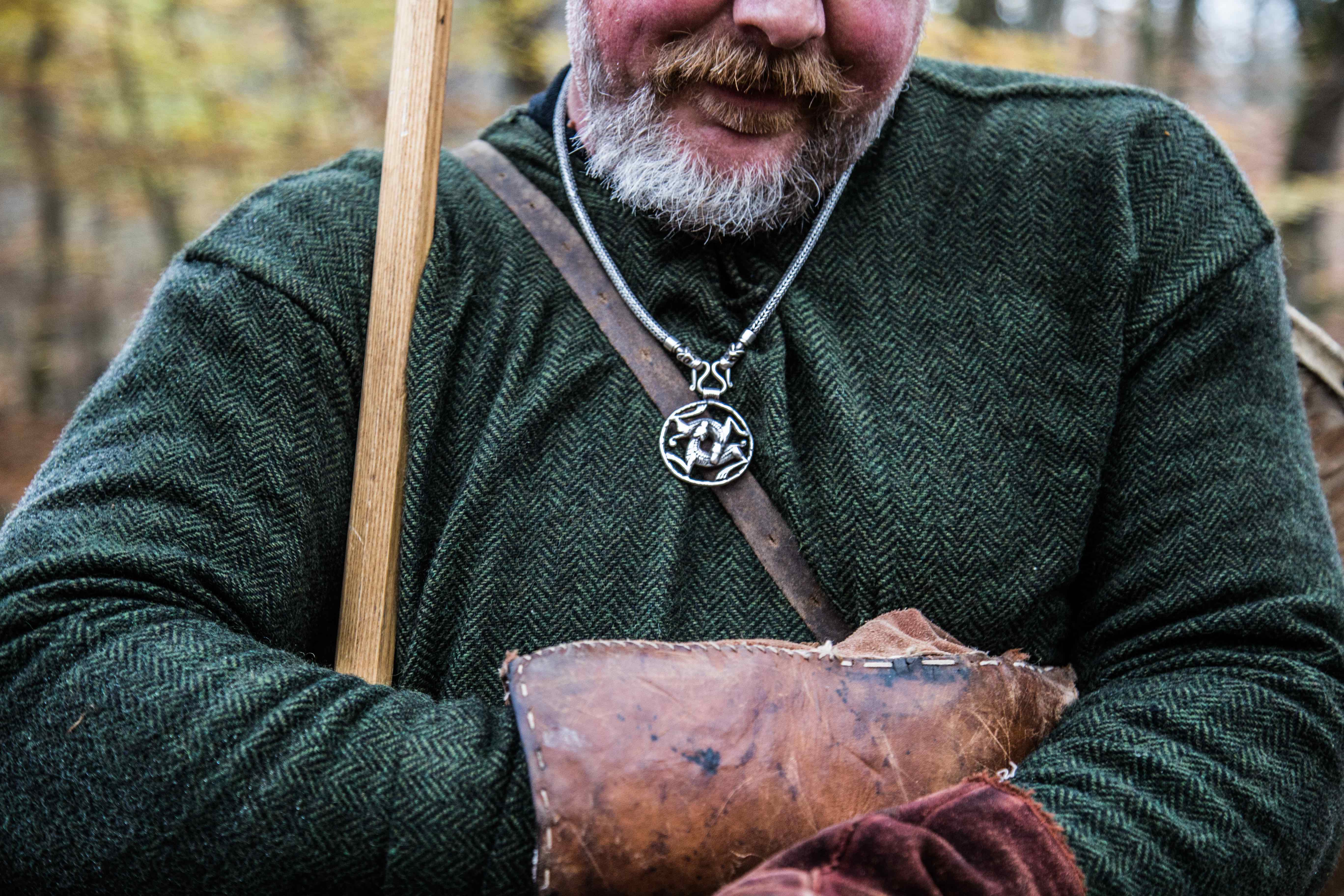 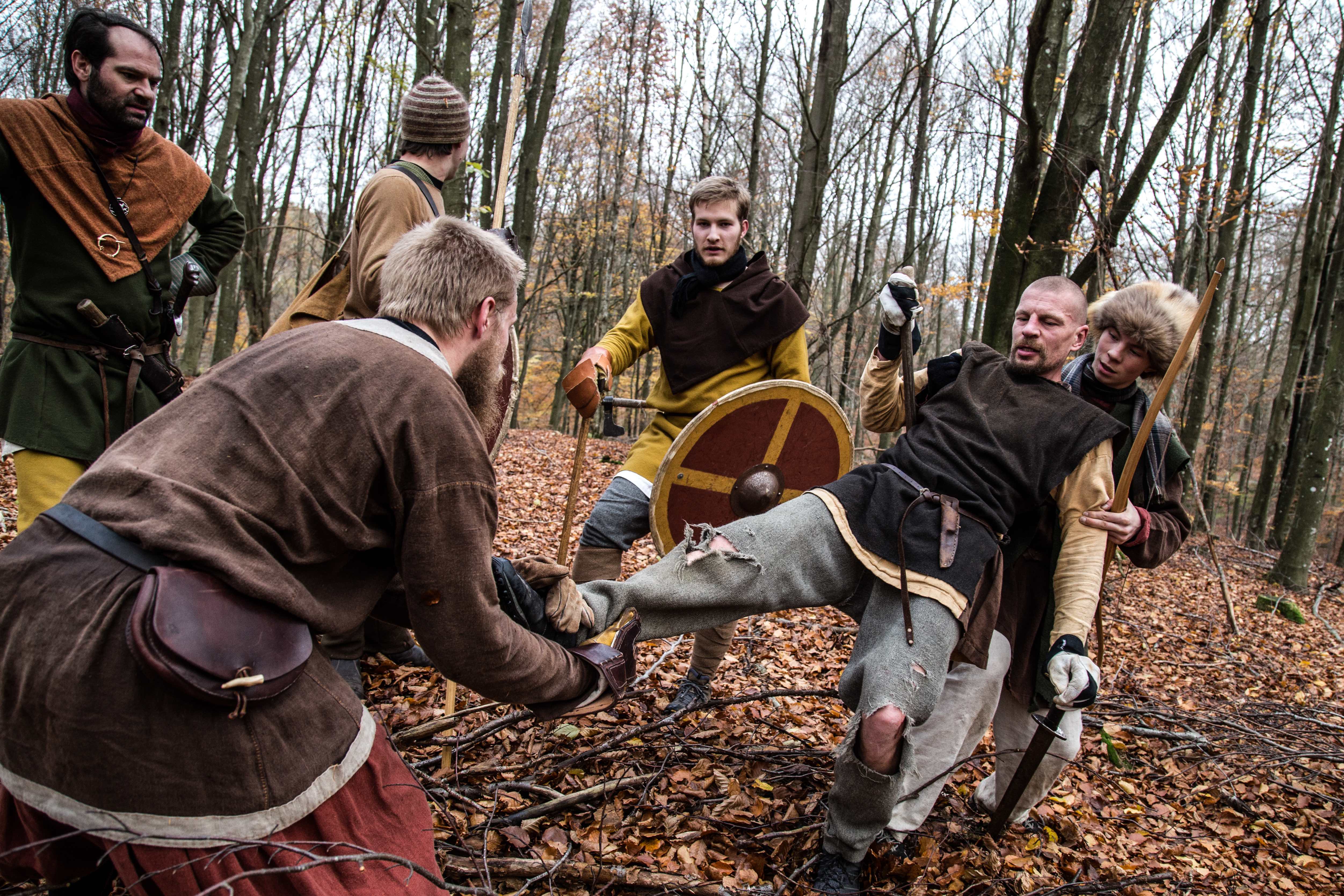 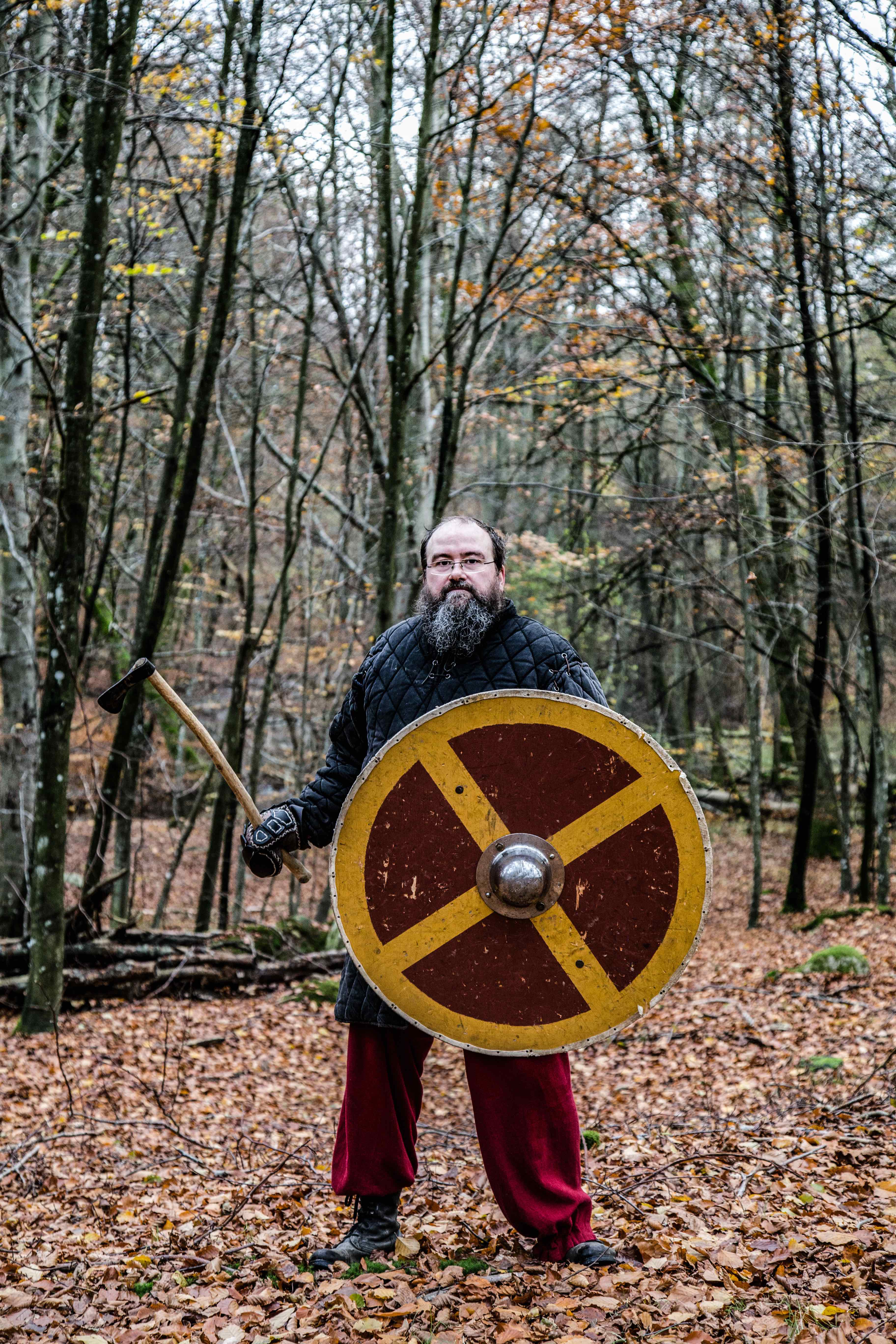 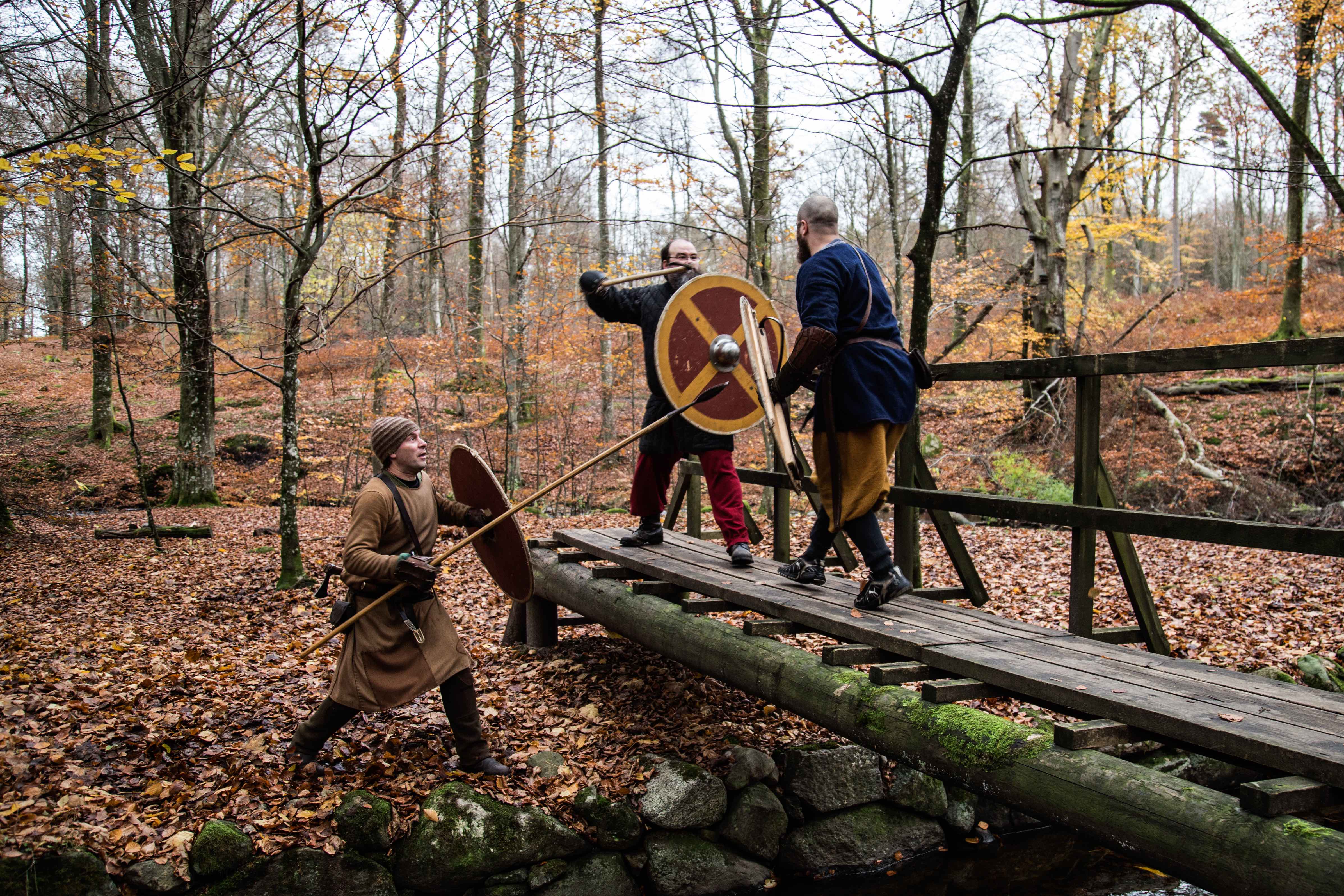 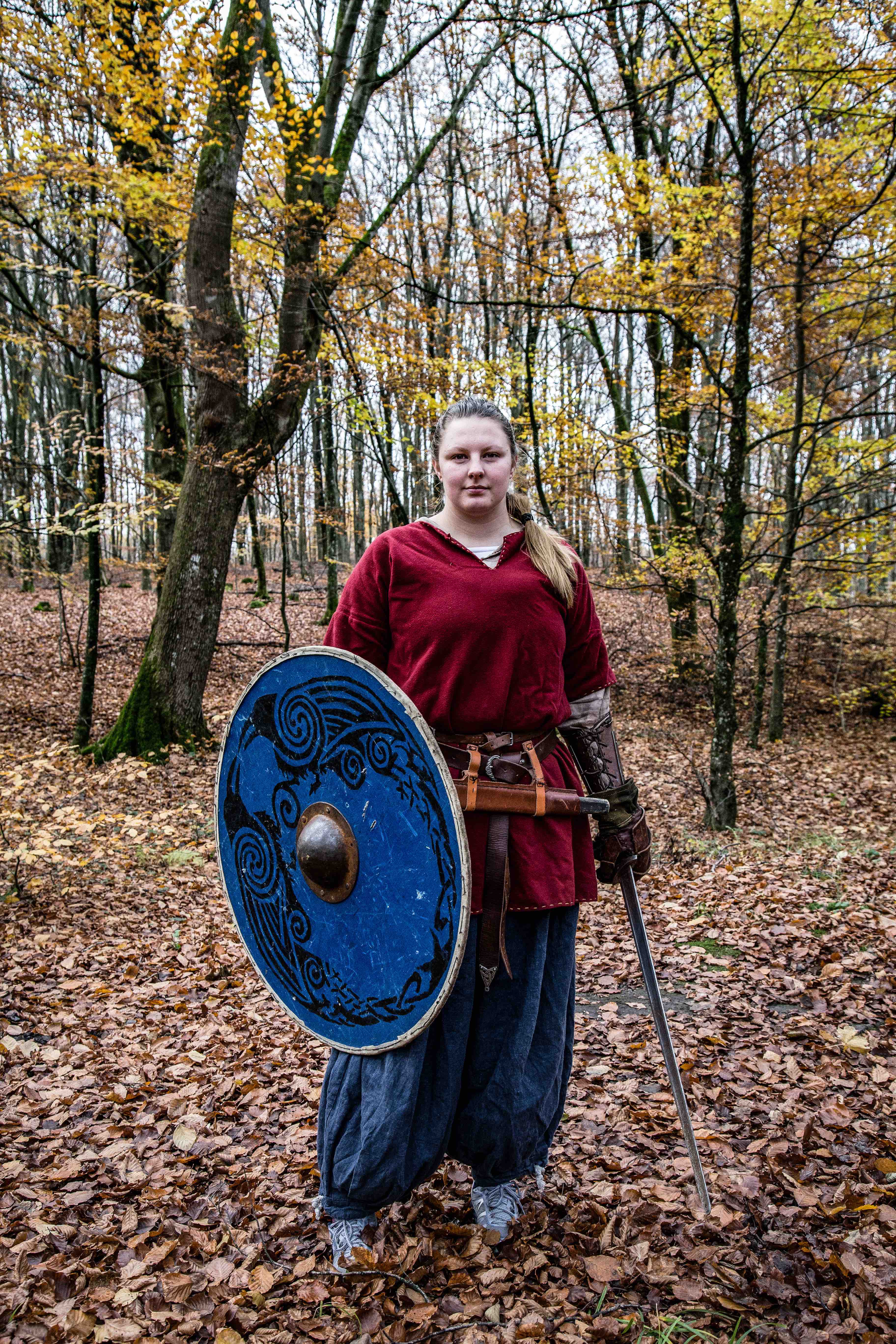 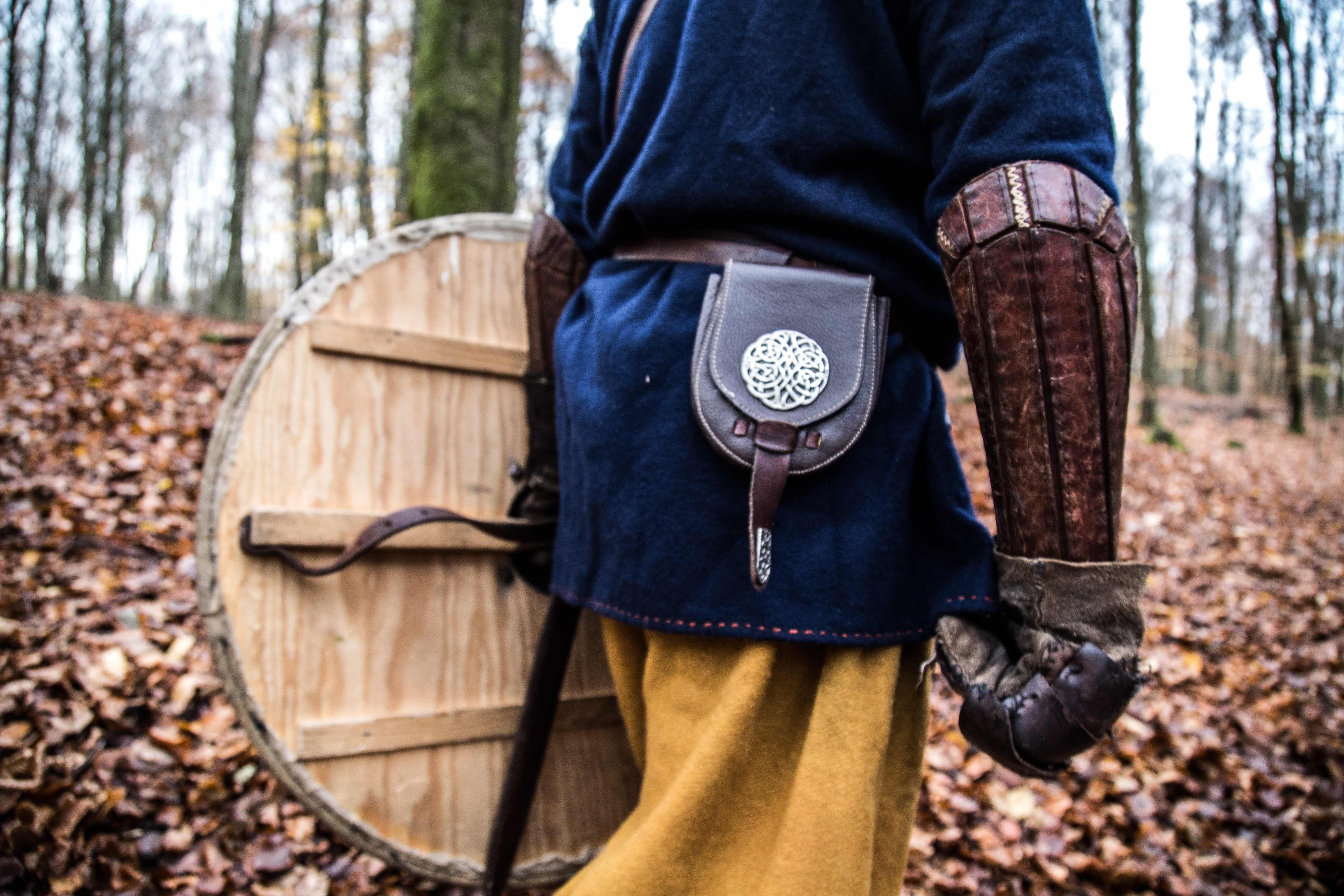 Linkedin
RELATED ARTICLES
OTHER ARTICLES
The internet furore surrounding a certain NY-based furniture designer should make us question whether condemning people in the harshest possible terms harms more than it helps.
Photographer Yan Morvan revisits a radical moment in history, which saw the emergence of a fiercely-rebellious spirit among the UK‘s youth.
A new book traces the legislation’s tumultuous history and the lasting impact its had on LGBTQ+ activism today.
With abuse of call-centre staff on the rise, many are now speaking out about the hostility they’ve faced.
From the queues outside to the last ones standing, Francesco Mellina’s new photo book follows a night that has gone down in the Northern-Soul history books.
Photographer Alice Mann reflects on capturing the camaraderie and discipline it takes to succeed in a highly-competitive sport.