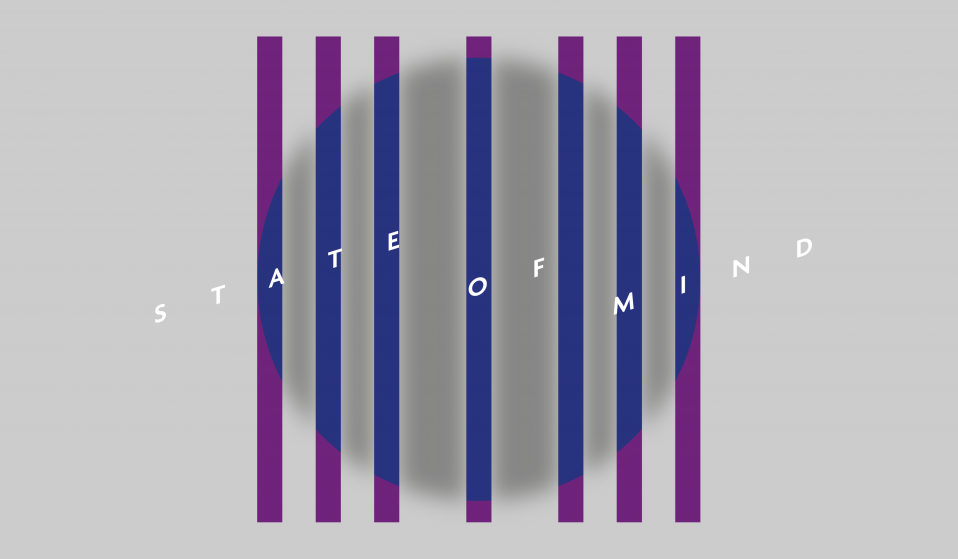 In the second instalment of our new series, Ben Smoke talks to performers and event organisers to find out how they’ve adapted since venues shut their doors.

Huck is exploring the impact that the coronavirus pandemic is having on different communities – and on our mental health. Here, Ben Smoke talks to performers and event organisers to find out how they’ve adapted since venues shut their doors.

It’s almost 10 weeks to the day since both the Dalston Superstore and Karaoke Hole, two of east London’s prominent queer venues, shut their doors as a result of the coronavirus pandemic. Owner Dan Beaumont has felt every minute of it.

“I subscribe to the naive belief that night-time places can be a temporary utopia for us,” he says, speaking over a crackling phone line from his London home. “But that’s one of the sad things for me about this pandemic. The only thing I’m any good at – which is getting lots of nice people in a room together – is now the worst possible thing that I could do.”

There’s nothing quite like it: the kind of joy that can only be achieved by engaging in something bigger than its parts, coming together and watching, dancing, laughing or crying as one. In normal times, millions of us go out to find this every week. We descend on nightlife hot-spots, congregate in pubs and comedy halls, travel miles to frolic in fields with one another in the summer – all in the name of that joy. 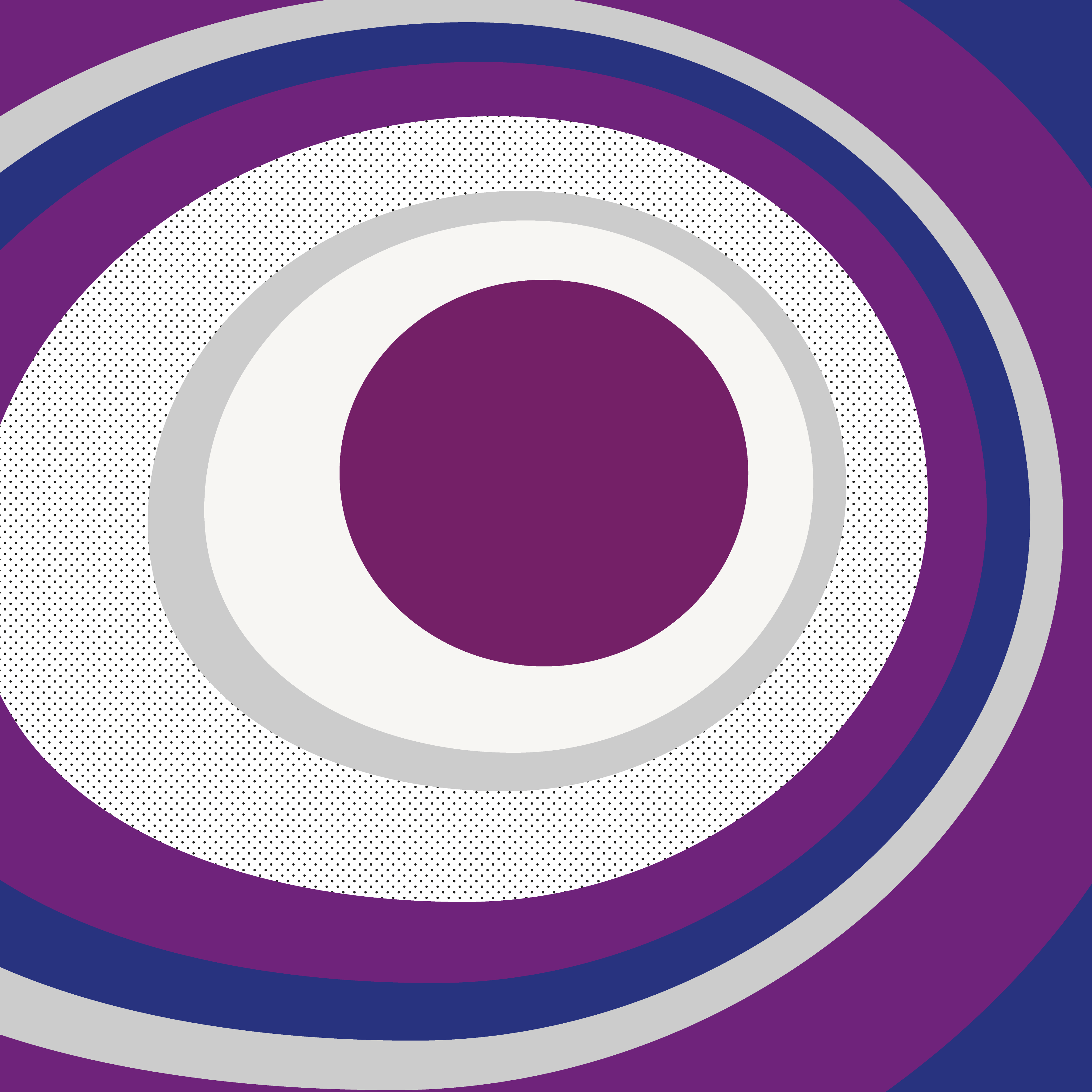 All of that means that the ‘night-time’ industry is the fifth largest in the economy, and growing: according to the Night Time Industries Association, it accounts for almost eight per cent of UK employment, generating an estimated £66bn in revenues per annum. Meanwhile, the Events industry – which music concerts and festivals belong to – is worth around £42.3bn. Research from Eventbrite found that 35 per cent of the UK visitor economy is accounted for by events.

But when Covid-19 hit the UK, the first places to be shut were the pubs, clubs, bars and theatres, while large gatherings of any nature were promptly banned by the government. Today, as the crisis continues to rumble on and thousands of events across all sectors are cancelled and rescheduled, it’s clear that the spaces in which they take place will be some of the last to reopen.

The loss of them is palpable for so many people, particularly for those like Dan, who work in them day and night. Millions of us are struggling with the impact of the pandemic, but this community has been hit with doubly hard: not only has the crisis wiped away their sources of income, but, for many, it’s also removed access to something that forms a key part of their identity. What’s worse, no-one can say how long it will be going on for.

“It’s been devastating,” says comedian Josie Long, whose eight-week stint of scheduled performances at the Melbourne and New Zealand comedy festivals was cancelled because of coronavirus. “My main source of work and income comes from touring. But every venue is closed right now, so that’s completely gone. None of us know when it’s coming back, and at least one of the venues I was due to perform in has had to shut up its doors for good.”

Chris Clegg is a drag queen who also owns and runs Tuckshop, a production company which facilitates live, cabaret and theatre shows. He too has been feeling the impact. “We had a show with a full drag cast that we were about to announce, that was going to be on the West End and then go on a UK tour – that’s now gone,” he says. “We were just about to put the press release out and then this happened. For so many people, who’ve poured so much time, money and energy into it, to wake up one day and see that the entire theatre scene is gone… [it’s] heartbreaking.” 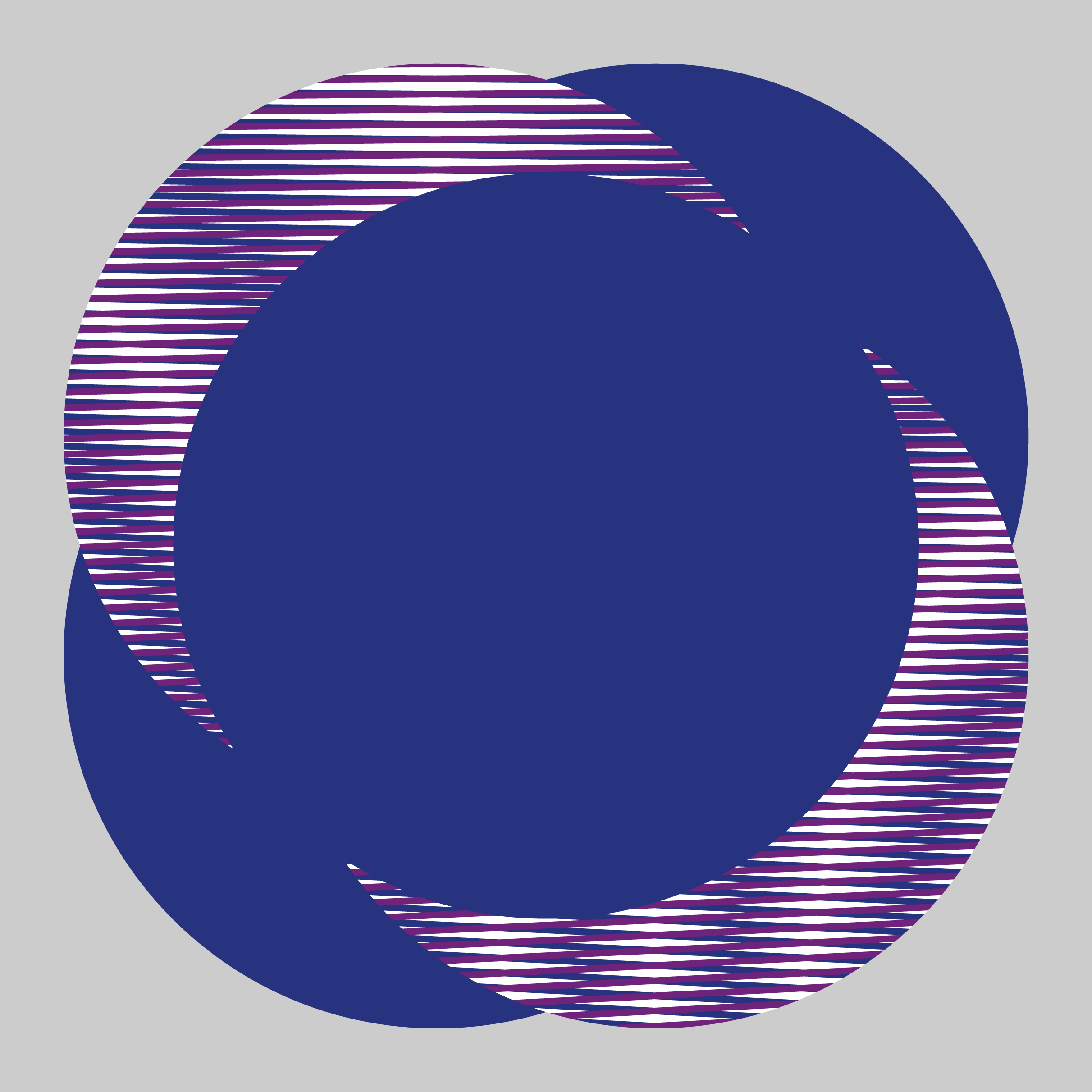 For many people who rely on ‘live performance’ to make money, the growing financial implications of the pandemic are catastrophic. Not being able to pay rent, accruing problem debt ’(debt which isn’t manageable and becomes a heavy burden) and choosing between bills and food are a reality for many now – many of whom, as freelancers, find themselves ineligible for the government’s furlough scheme and are struggling to access meagre Universal Credit payments.

The links between financial difficulty and mental health issues couldn’t be clearer. According to a survey conducted by Money and Mental health policy institute, 86 per cent of people with mental health difficulties said their financial situation made it worse. The same research found that those with problem debt are twice as likely to consider suicide than those without. Respondents to the survey with depression and anxiety who also had problem debt were 4.2 and 1.8 times more likely to still have mental health difficulties 18 months after first being contacted.

Marina Blake is a founding director at Brainchild Festival, which she helped launch in her late teens. Like many of their contemporaries across the industry, Brainchild had to cancel this year’s event. “This year we had 14 events planned outside of the festival, while the festival itself was due to be our largest yet with 3,500 people due to be there across 3 days,” she says.

While Brainchild was fortunate enough to have received emergency funding from the Arts Council, it’s still been an incredibly stressful time for Blake and her fellow organisers. “We sunk about £19,000 into events this year that we’ve lost – but some people are in a lot worse situations,” she says. “The uncertainty around [everything] was awful. The grant will pay our overheads for the next six months, we’re about to launch a crowdfunder too. But without that, we’d be royally screwed… I would have lost my job, but I would have had to continue fundraising to make up our losses. It would have been horrendous.” 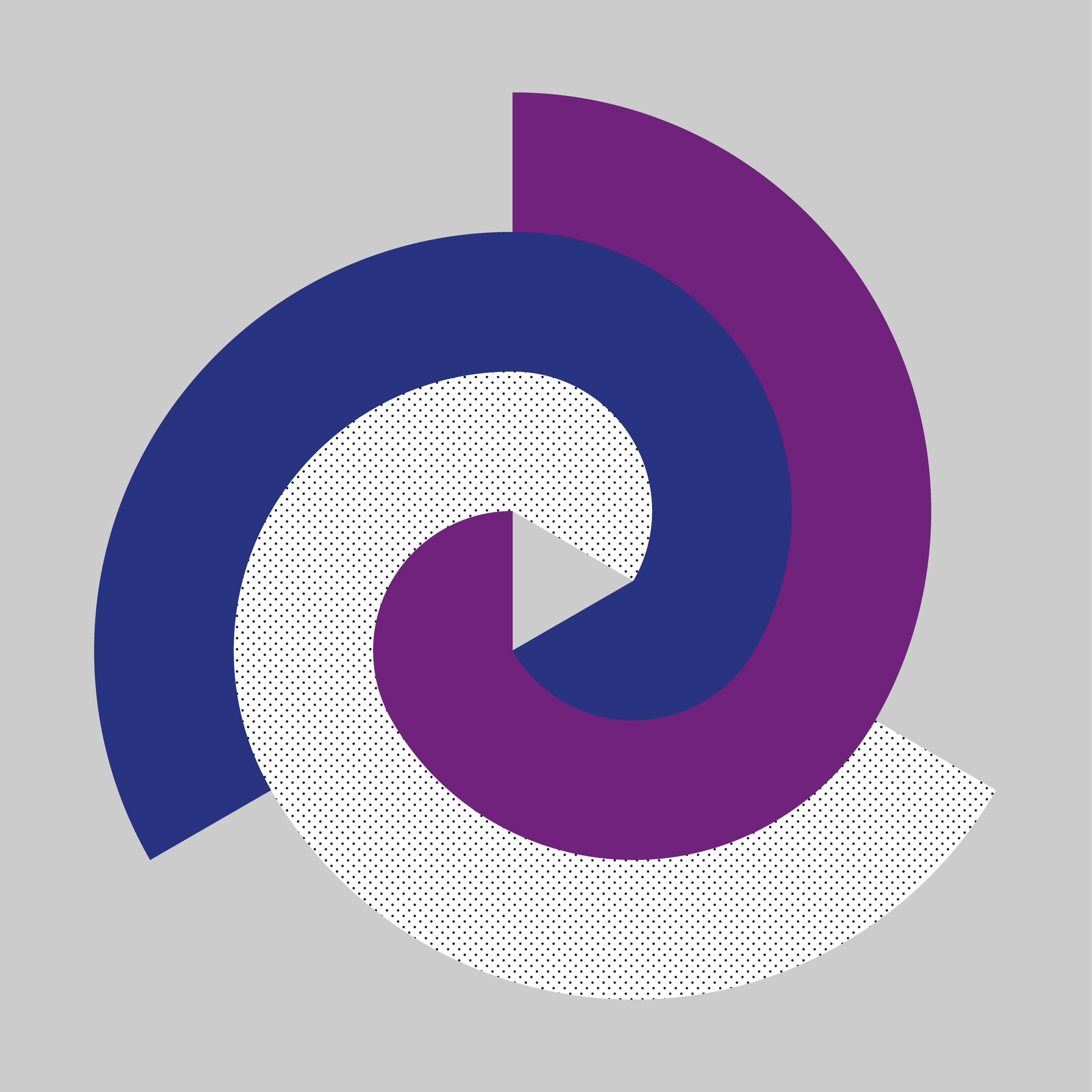 Events and performances exist at the epicentre of a complex ecosystem of freelancers and creatives, all of whom come together to make them what they are. When they are forced to close, it means that a vast community of people feel – and share – the stress and anxiety. “We had to close immediately so for the dozens and dozens of performers and freelancers who depend on us, it meant suddenly they were unable to make a living,” Beaumont says.

For venues like his, the space is more than just a workplace, but an unofficial community hub of the utmost importance to people. “We were humbled by the support [for the fundraiser] and it was good to be able to help those who have been so fundamental to the community over the years, but the whole crisis has exposed just how difficult it can be to carve out a life as a freelancer in London. Just how hand-to-mouth and mentally and physically taxing it can be.”

When talking to the people who earn their living from performing or producing and organising events, it’s clear it’s about much more than sustaining themselves financially. While, of course, income is necessary, it’s a vocation – a calling – and something that feels integral to who they are. In many cases, it’s their primary source of happiness and wellbeing. “Being on stage feels amazing, it feels glorious and warm,” Long says. “For me personally, it feels like complete playtime – I feel free. I’m quite an anxious person and it makes me feel completely without anxiety. I’m really missing that.”

On music festivals, Blake is similarly resolute. “There’s something so magical about what everyone brings to the festival that you cannot control,” she says. “You provide the ingredients, but you absolutely do not make the meal and it’s joyful watching everyone. We’ve got digital events planned for the Brainchild weekend, which I’m excited about but it won’t be the same. For a lot of people, particularly young people in their formative years, the festival is a space for them to come and be themselves and be free. Sometimes it’s the only time they get to do that year. That they won’t have that this year is devastating.” 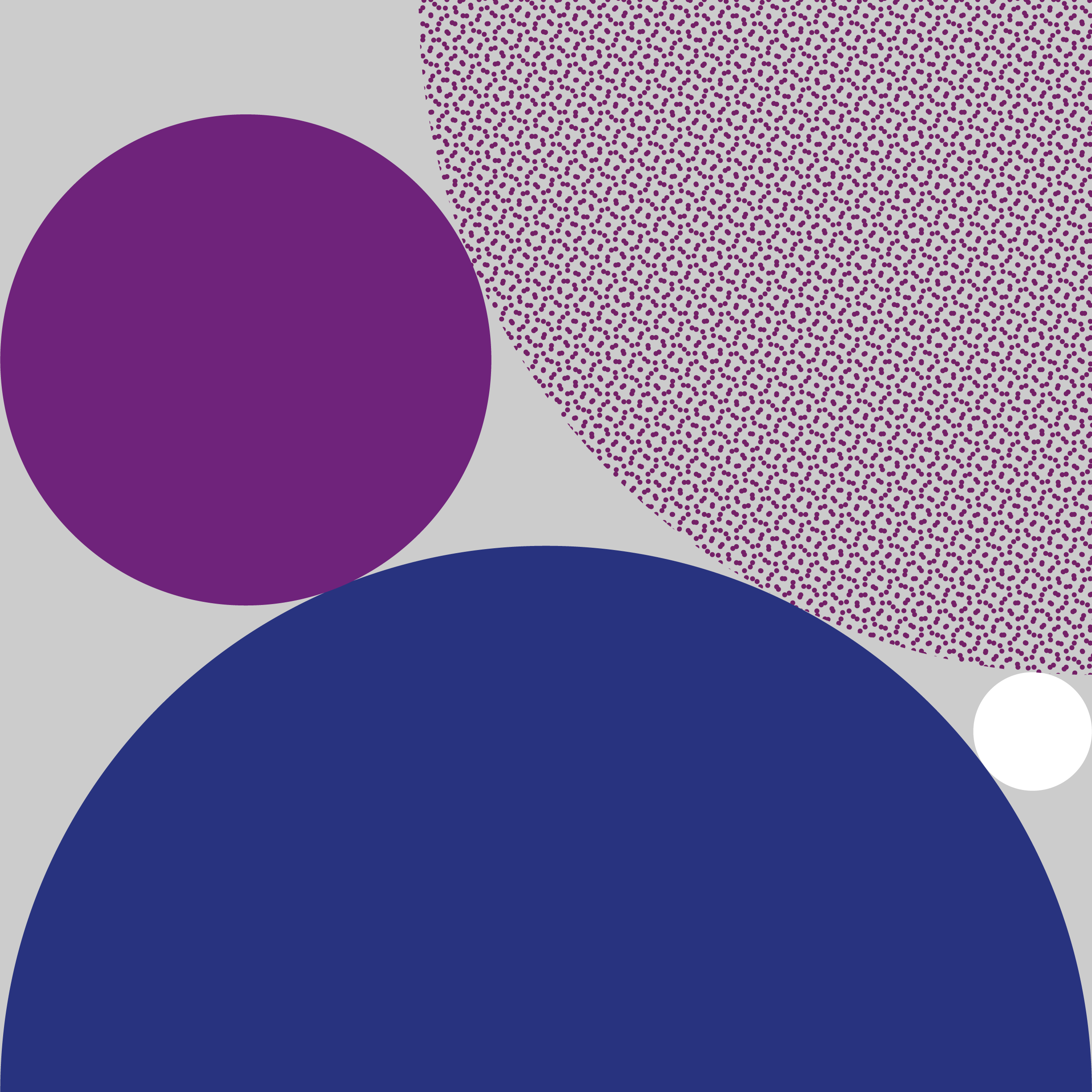 Perhaps the most striking thing about everyone, though, is their unanimous focus on the worlds they help create. In conversation, Blake, Long, Beaumont and Clegg speak less about their individual experience and instead place all of their focus on the collective. “When the house lights go down on something you’ve spent months and months building, and you see people enjoying it and laughing and going home with a massive smile on their faces… the feeling is unrivalled” says Clegg.

The anguish and distress many within the industry are feeling goes much wider and deeper than their own financial worries: it’s the loss of a physical space in which they can be themselves, and help others do the same. As the pandemic rumbles on, those in the late-night and events industries continue to grieve for the opportunity to create – and be part of – something. They’re missing the opportunity to help forge human connection, with no real idea when they’ll be able to do it again.

“I know entertainment isn’t saving people’s lives in the same way as say, the NHS, but I think there’s a real argument to say that entertainment and performance and coming together makes people healthier and happier,” Chris adds. “So many people get pure joy from going to a theatre or comedy or drag show and feeling that energy. It genuinely changes their lives. It’s sad to know there are so many people in need of that right now.”

Ben Smoke is a Contributing Editor at Huck. Following him on Twitter.

Linkedin
RELATED ARTICLES
OTHER ARTICLES
Birdy Chu reflects on documenting the historic moment in which the territory was formally passed back from the UK to China.
By turning a real-life crisis into daytime television fodder, TV bosses have once again shown themselves to be completely out of touch with audiences.
Yesterday thousands gathered outside Buckingham Palace after news of the Queen’s death broke.
Financial turmoil is pushing people who work in the sex industry into more dangerous and desperate situations as a means of survival.
With skyrocketing rents, packed out viewings, bidding wars and more, renting in London has never been harder.
For over a decade, gamblers have won big by employing people to place live bets from the court. But does this dubious method still work?