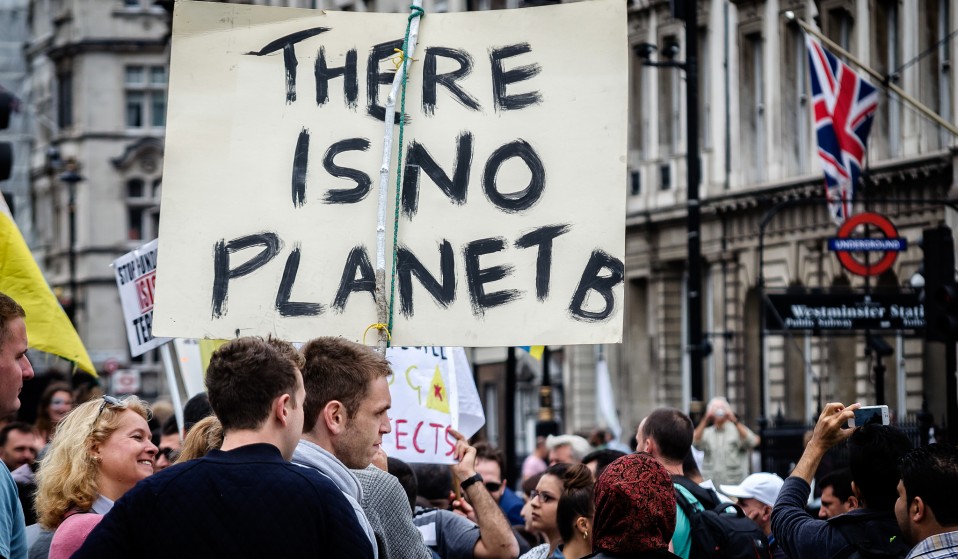 North Yorkshire Council have approved the first fracking site in the UK since 2011.

North Yorkshire Council ignored the pleas of the local community and campaign groups, and have approved the first fracking site in the UK since 2011.

“Shame on you! Shame on you! We say no! We say no!”, shouted the protesters in North Yorkshire yesterday, having just found out that their local council had given the green light to fracking in their area.

This decision was the first approval for fracking since a UK ban was lifted back in 2012. Despite the Frack Free Lancashire campaign racking up around 8,000 signatures to reject the drilling, North Yorkshire council chose to ignore these pleas.

Andrew Cooper – an Energy Spokesperson for the Green Party – says that in doing this, the Council has put the interest of fracking companies ahead of their community. “They have let down the people they are supposed to represent”, he explains.

Fracking is the destructive process of drilling into the earth, injecting water and chemicals at high pressure into the rock, in the hope of releasing the gas and oil inside. According to Greenpeace, there are a colossal amount of environmental dangers involved, including water contamination and increasing the rate of climate change. It’s a pretty dangerous gig. However, in 2012 the British government decided it was worth these risks and claimed that they are “all out for shale”.

Rosie Cotgreave, who works for the eco-organisation, Friends of the Earth, raises concerns about the damaging effects that fracking will have on young people. “In years to come we will be the ones having to deal with the consequences of dirty energy”, she implores, “renewables are the future – they will provide more jobs, lower energy bills and a cleaner environment for us and, of course, for next generations.

“I want to live in a world where something as basic and necessary as energy can be co-operatively organised, and provided by nature.”

Andrew Cooper also suggested how a vision like Rosie’s would be under scrutiny if the country sat back and let fracking happen. “If people don’t stand up and oppose, it may start a domino effect”, he says, worriedly. However, he’s also clear that this first approval for fracking does not mean that campaigners should give up. “A conservative council has approved a decision which is backed by a conservative government”, he explains, “that doesn’t mean that the fight is over”.

The risks are at the forefront of everyone’s concerns, and so locals have been rallying against the approval. Rosie sheds further light on this communal opposition against the decision of the council. “An unprecedented number of people objected”, she says, “they were backed up by local businesses, and local councils. This decision means more opposition to fracking, just as we saw before in Balcombe in Sussex”.

Andrew also argues that more opposition is needed in the fight, suggesting that working with local people, and direct actions of civil disobedience, were options that need to be looked at. “If laws are wrong, it is perfectly legitimate for people to protest, for people to stand up for what is right”, he suggests.

In order to avoid the financial and economic devastations of our generational future, campaigners are continuing to oppose the fracking process. A Ryedale District Councillor, Di Keal, expressed her outrage in the decision of the council, but also echoed Andrew’s sentiments in hope for the future of anti-fracking campaigns. “It astounds me that they trampled on [the communities] views and granted permission to a company that wants to industrialise Ryedale”, she says, “but campaigners against this hugely damaging industry will continue to fight to prevent widespread fracking across Ryedale, Yorkshire and across the UK”.

Linkedin
RELATED ARTICLES
OTHER ARTICLES
The pro skateboarder withdrew from the 2020 Olympic Games so he could come out as trans. Now, he’s hoping to encourage others to live as their authentic selves – within the sport and beyond.
A new law change is enabling Britain’s donor-conceived children to know the truth about their origins – but campaigners say the fertility industry must do more to protect people.
After fleeing the war in Ukraine, people are finding it impossible to secure affordable and decent housing in the UK.
Jeffrey Henson Scales intimate portraits and protest images of the BPP and its leaders offer a rare insight into organisation at a time of societal upheaval.
From snake handlers to mardi-gras revellers, Tom “TBow” Bowden’s photos provide a snapshot of the wonderful and weird people who make up America.
Campaigners reflect on what the supreme court’s decision to allow buffer zones in NI means for the future of reproductive rights in the UK.