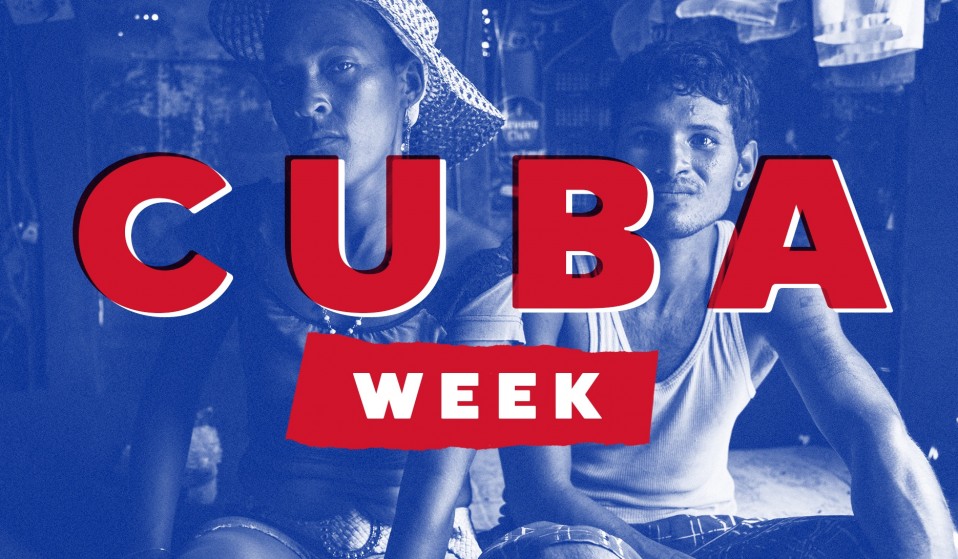 For Cubans living in abject poverty life is hard

Cuba may boast free education and world-class healthcare, but for those living in abject poverty life is hard, and thawing relations with the U.S. offer those who are most desperate little hope.

With Obama’s visit to Cuba having come to an end, so moves closer the thawing of diplomatic relations between the U.S and it’s island neighbour. With Raul Castro at the helm, the Cuban state is trying to establish itself on the world’s stage – proud of their almost universal levels of literacy, top class free healthcare system, and impressively low levels of serious crime.

The apparent government successes don’t end there, in 2006 the percentage of Cubans living below the poverty line sat at only 1.5% according to UNICEF – a figure that’s nearly ten times higher in the United States. Since 2006, however, the data for Cuba has no longer been available.

Even with the old statistics, 1.5% of people in a country of over 11 million is still a considerable population, with close to 200,000 people living in poverty. Far from providing for those in need, Cuban people living in poverty say the state wants to make them invisible – as one man put it, “they want us out of sight, and they want us out of mind”. 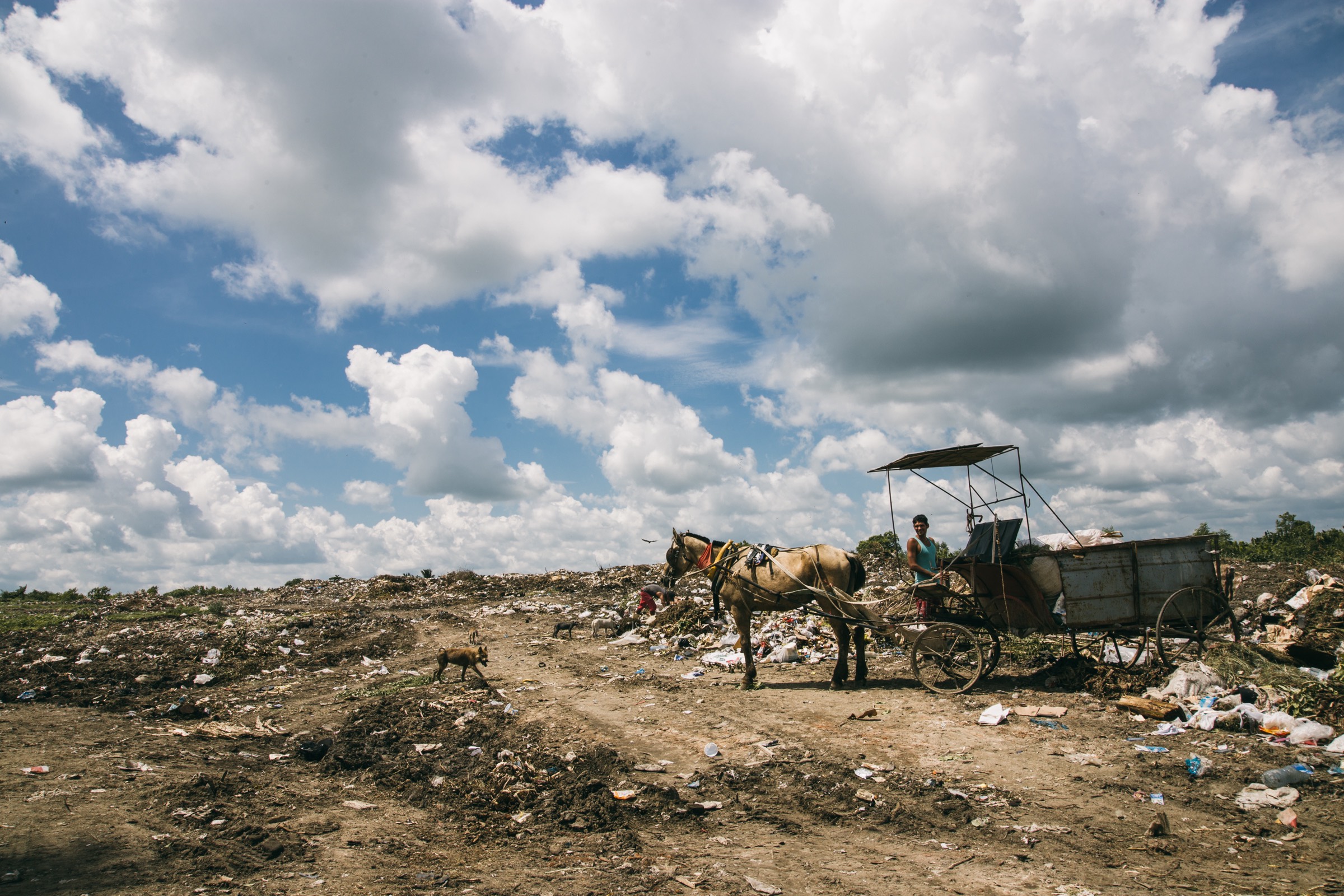 There’s a heavy stench of sewage in the air on top of Camagüey’s largest landfill site, where twenty-six-year old Luis lives in a small shack with his girlfriend and mother. 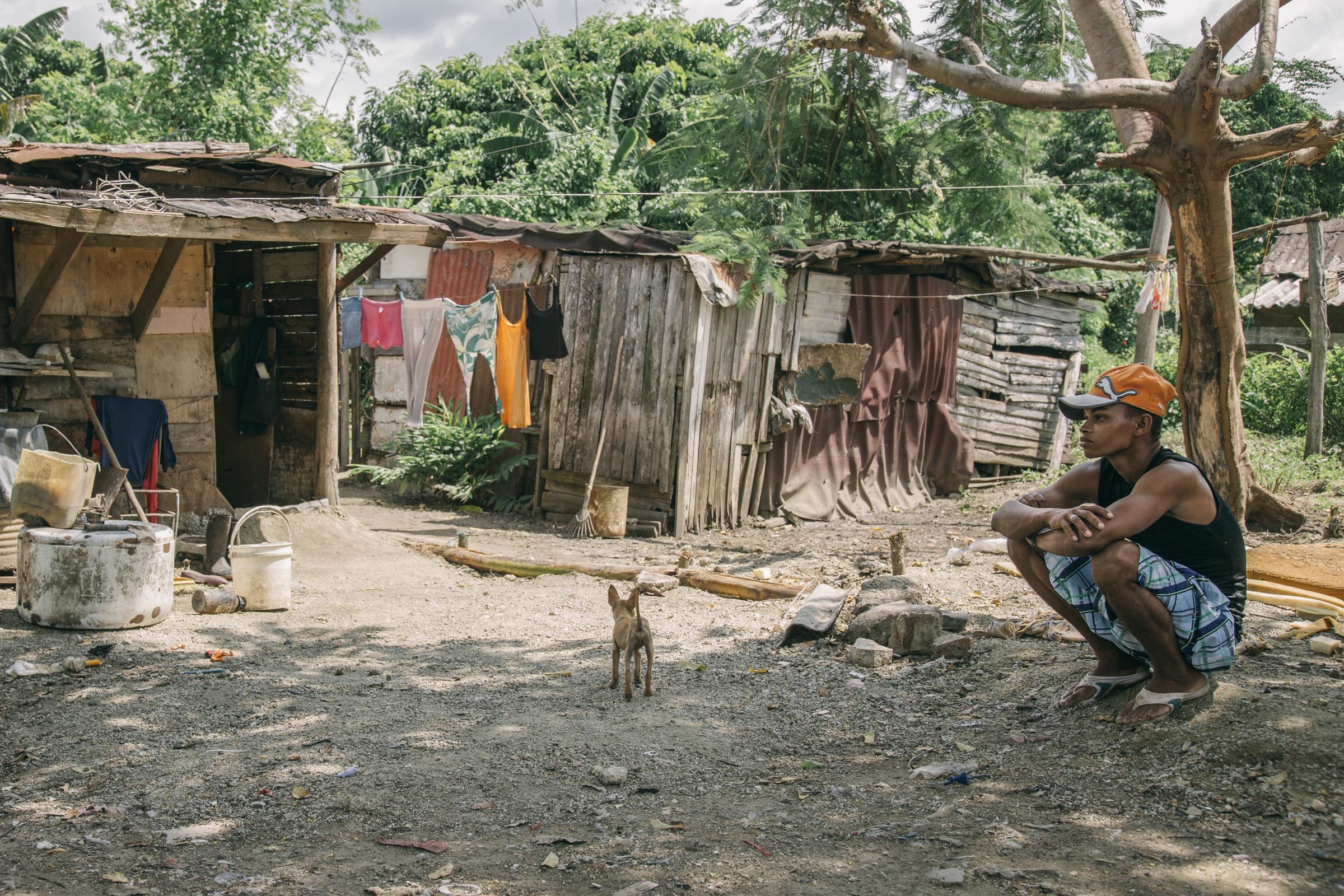 Luis outside his home

“I’ve lived in this pit for 13 years”, Luis mutters, and he reckons his chances of leaving are pretty bleak. The situation he’s in may sound dire, but there are families struggling to pull themselves above the poverty across the breadth of the island.

They might be struggling with disability, or facing isolation for vocally critiquing the state. They might be desperate for materials to repair homes demolished by tropical storms. They might have just been unlucky. “The government washes their hands of us. They think if they just ignore us then we do not exist,” Luis says. 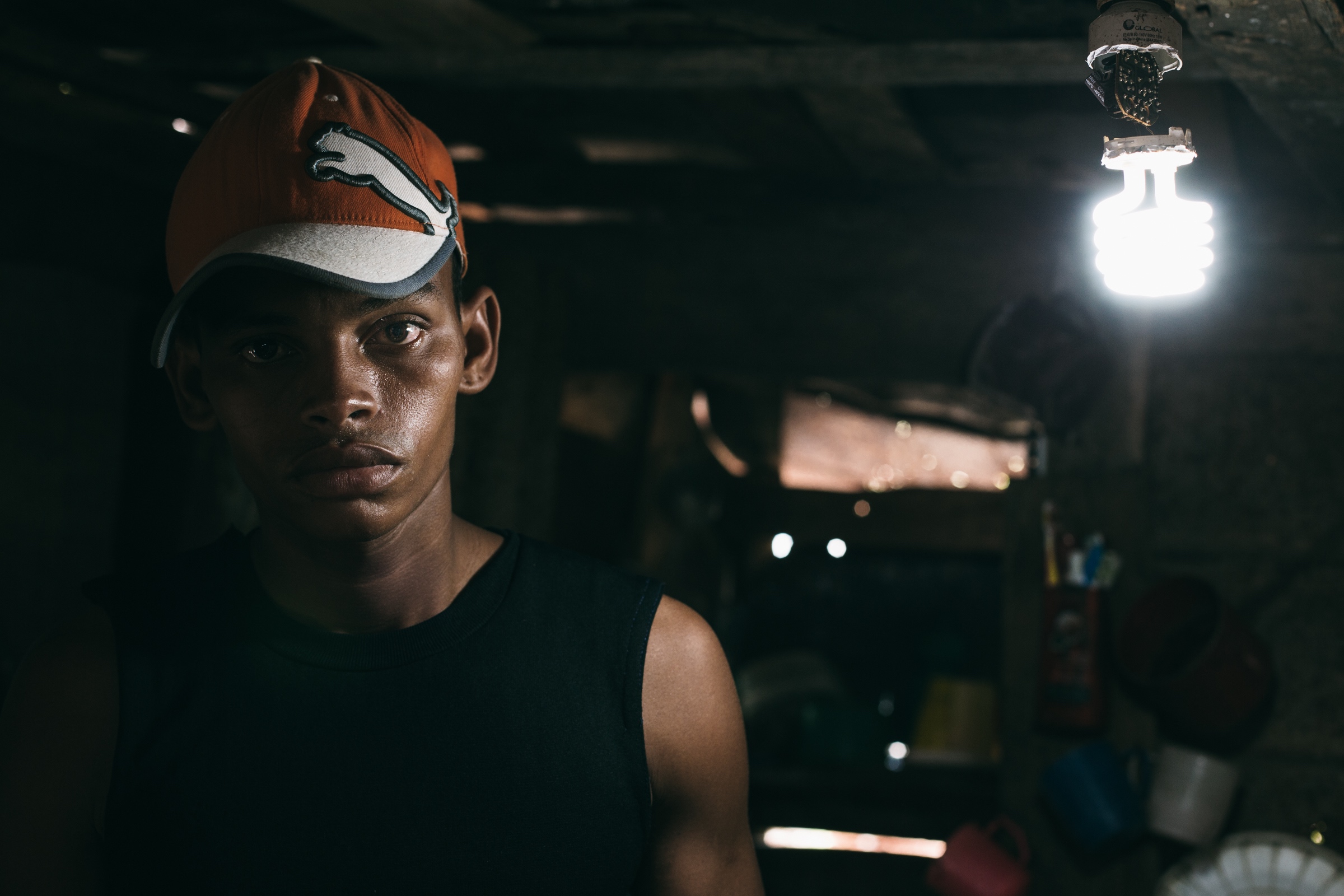 Luis does claim from the Libreta de Abastecimiento, Cuba’s food rationing system, every month – but it’s barely enough to support himself and his family.

He has no job, but not through lack of trying. Instead he makes a small amount of money from collecting what he can salvage from the dump, before sorting his finds and selling them on. It’s not exactly a government-approved source of income, which here makes it punishable by the state. 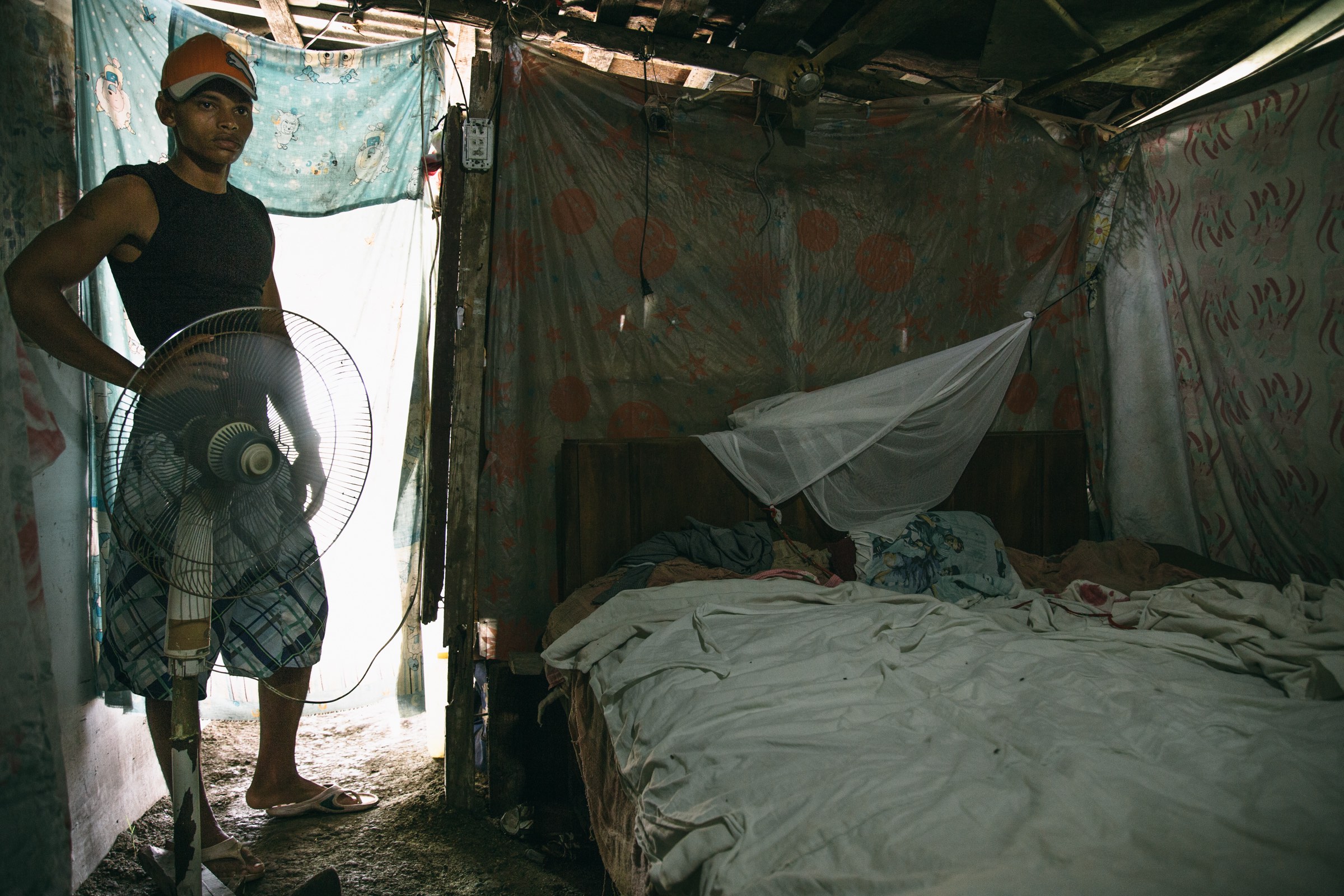 Luis in his room

On a recent visit to Luis’ home, a handful of military officials fined Luis for his illegal occupation. “The delegate promised me a new mattress and fan”, sighs Luis, clearly bereft. “I thought they had come to help, but instead they screwed us over, giving us nothing and taking what little money I had.” 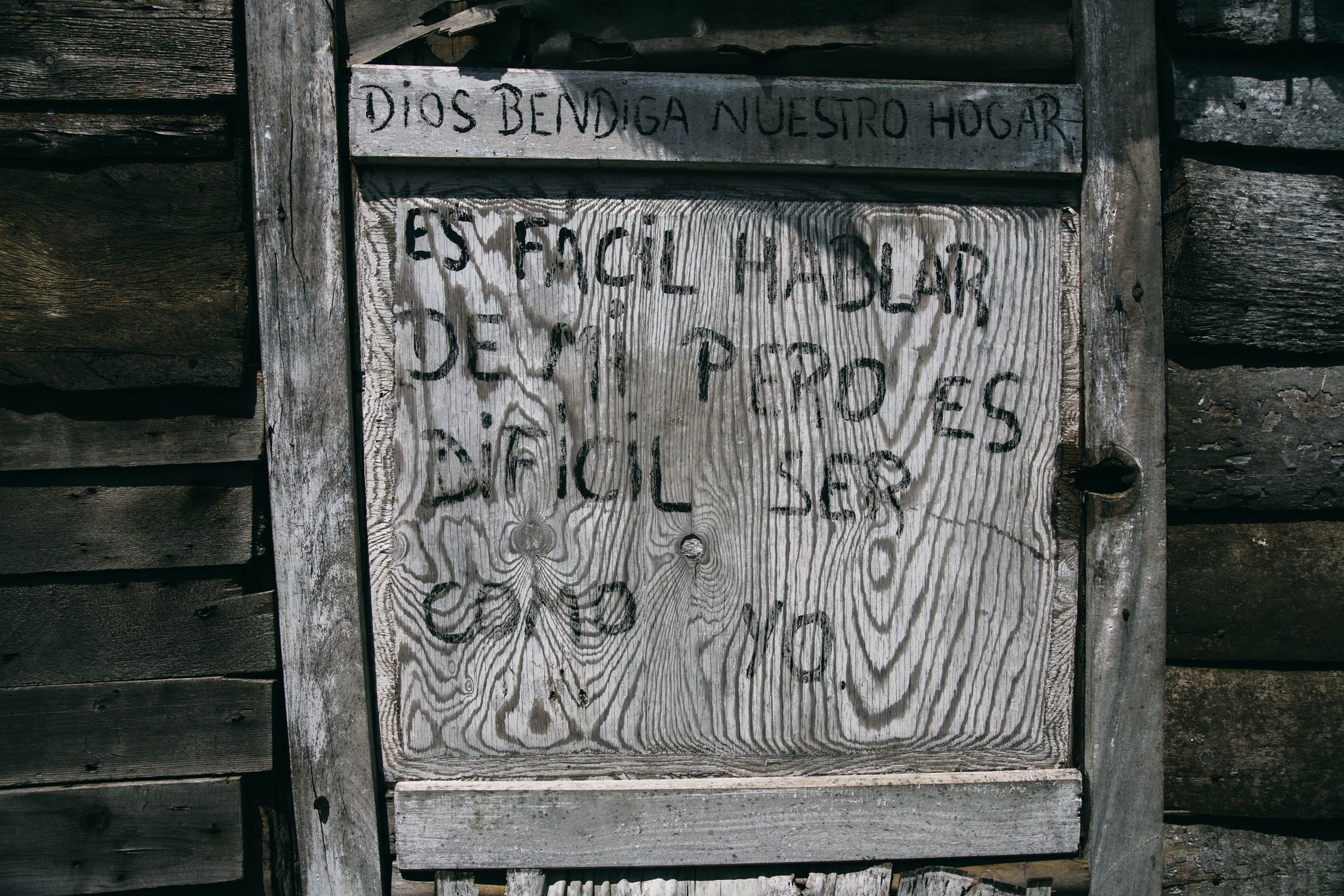 Keeping hunger at bay isn’t Luis’ only worry though; hurricane season hits the Caribbean basin between June and November each year. Most people living in urban areas are amply prepared for this, but out in the sticks development of flood infrastructure has been neglected. Unsurprisingly the landfill site the Luis reluctantly calls home has no such luxury. “I would buy materials to be more prepared but I simply cannot afford it”, he sighs. 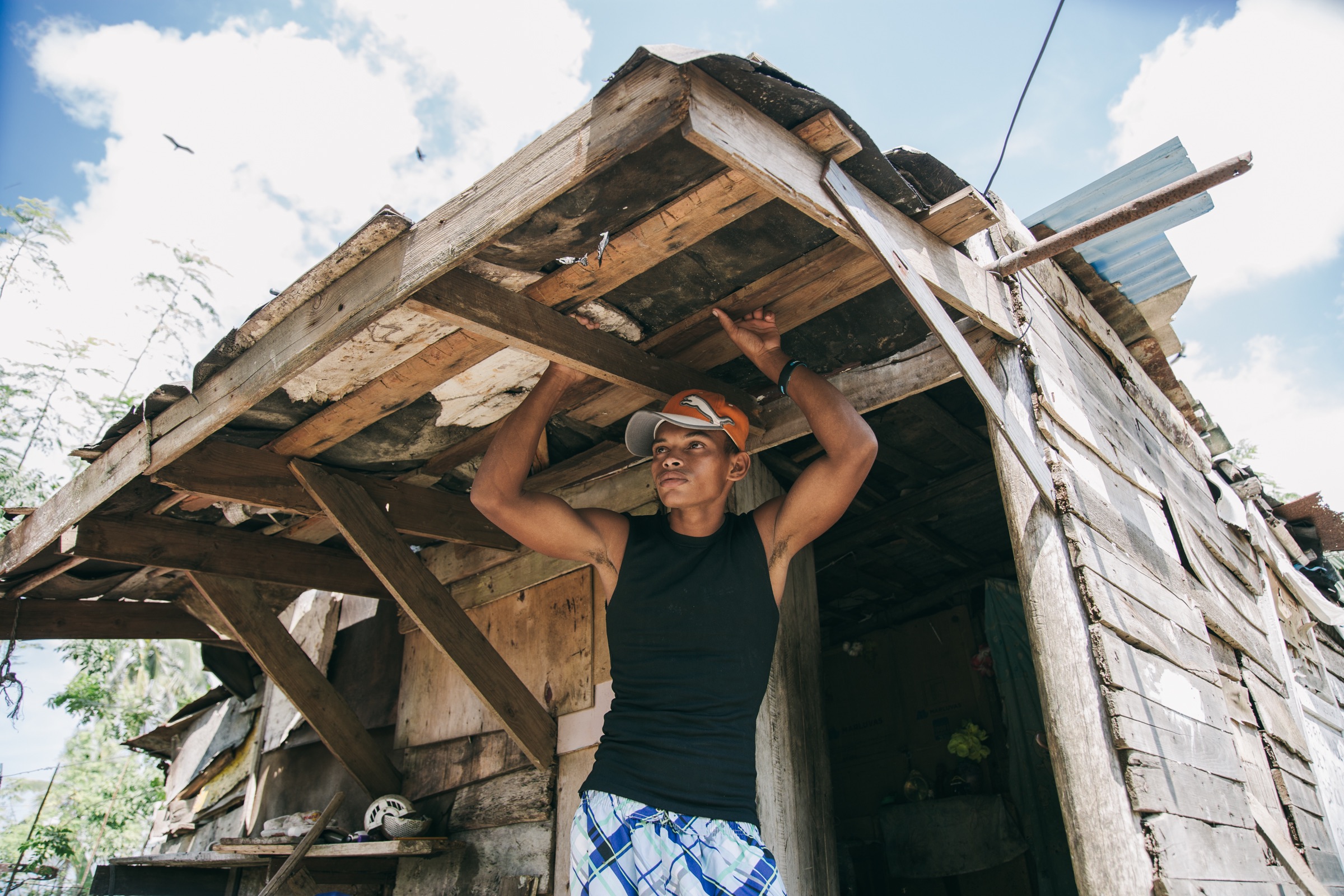 “I have tried to ask the state for building materials but I have had no response. When it rains it’s like a river is running through our home, everything gets soaked in the shit that flows down from the site.”

Marcel lives immediately next door to Luis on the landfill, with his girlfriend Isassa. They suffer all the same problems as their neighbours but, to add to their pain, their family has been split up. “I have two daughters, who do not live with us”, a distressed Isassa explains. 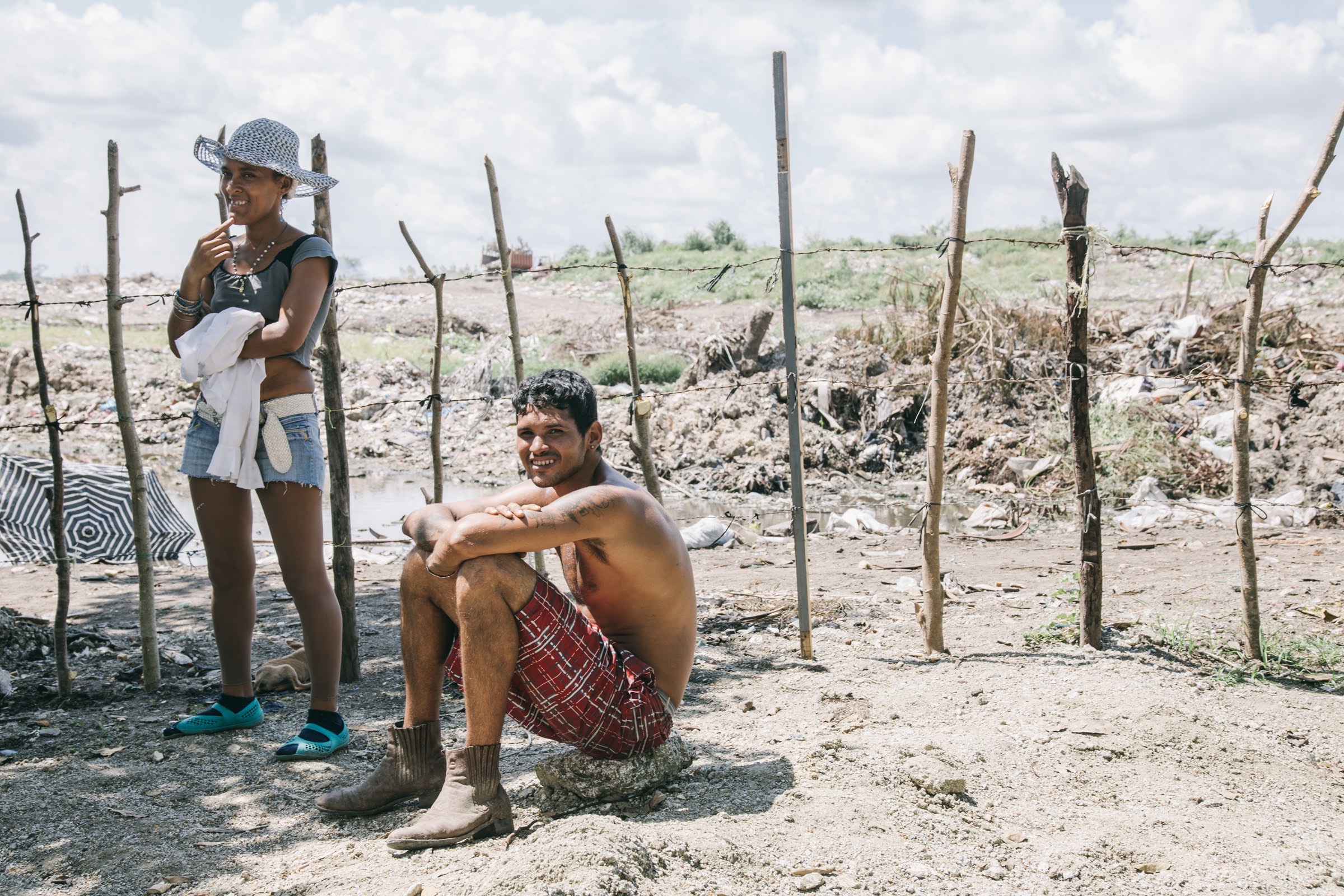 She now can’t face fighting to bring her daughters back to her home, deeply worried they’ll get sick from the chemicals and dirt that fill the air all around

“They also burn the garbage on a regular basis”, she continues. “The fumes blow into our house and fill it with smoke. It chokes us. How can I bring my daughters to a place like this?” She sees here children as often as possible, they don’t live too far away, but talking to Isassa you can hear and feel her pain. 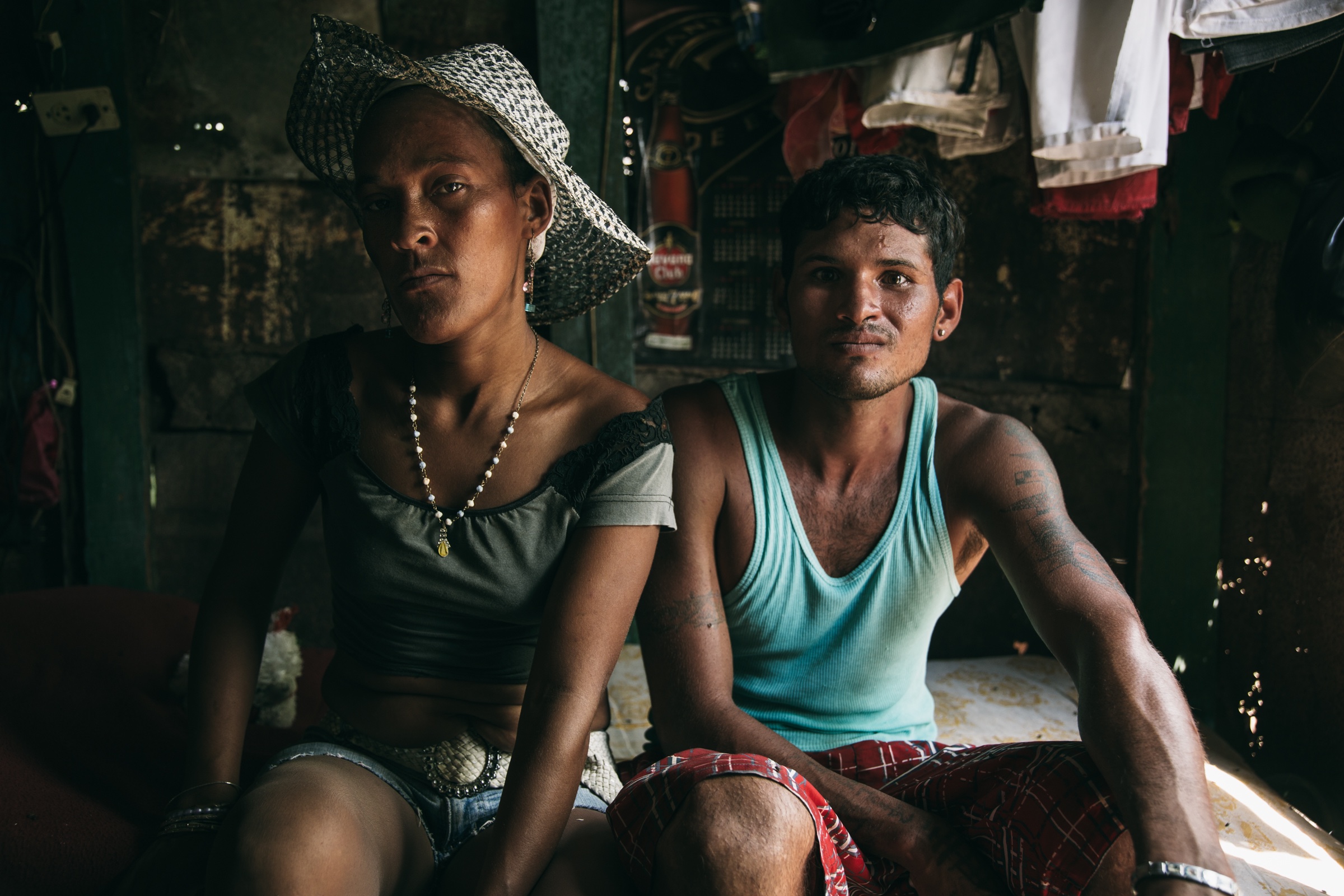 Stories like these are commonplace in Cuba. With the influence of capitalism looming over the nation, some hope that changes may be in the pipeline. But what are Marcel, Luis and Isassa hoping for? Poverty levels in the United States are, you remember, in an even more desperate place. 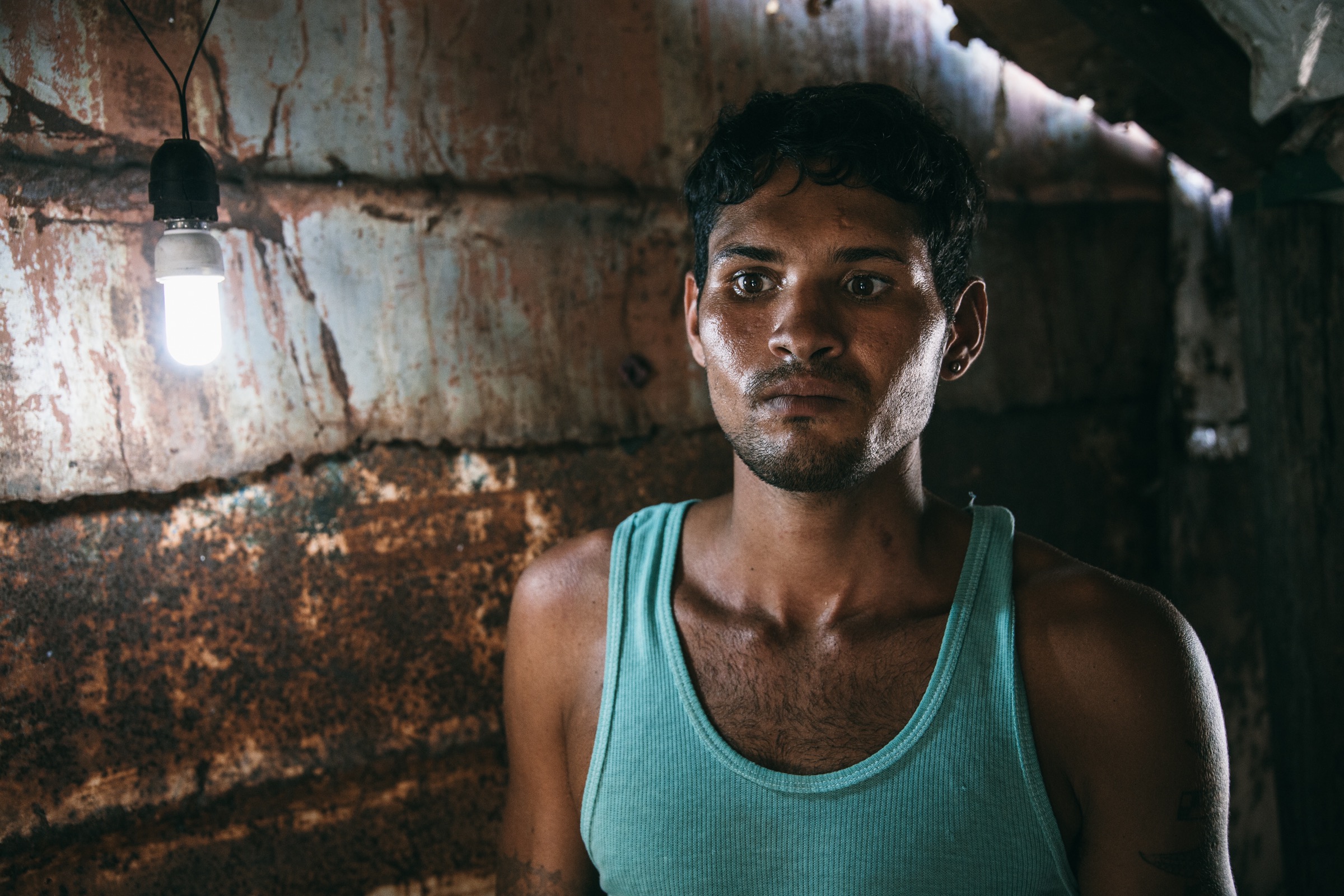 Marcel’s eyes wander to the horizon, taking in the rotting landscape as the sun starts to set. “We do not earn enough money, and we live on a pile of rubbish, but we make it work,” he matter-of-factly states.

“I have faith that in the future things will change for us. I hope one day our lives will be better.”

Linkedin
RELATED ARTICLES
OTHER ARTICLES
Wealth inequality and the rising cost of socialising is placing a strain on people’s relationships, reports Eve Upton-Clark.
With inflation now at a 40-year-high of 9 per cent, demonstrations organised by TUC took place to demand action from the government.
Thomas Hoepker‘s images taken during a road trip across America provide a searing social commentary about a divided country.
Photographer David Hoffman recalls documenting the extreme wealth inequality around Tower Hamlets and Hackney int the 1980s.
Yesterday queer activist group Lesbians and Gays support the Migrants staged a die-in at the Pride in London parade to protest the inclusion of police in the march reports Huck politics editor Ben Smoke.
Whether it's partygate, the climate crisis or the spiralling cost of living, the fightback begins on the picket lines writes Tommy Vickerstaff