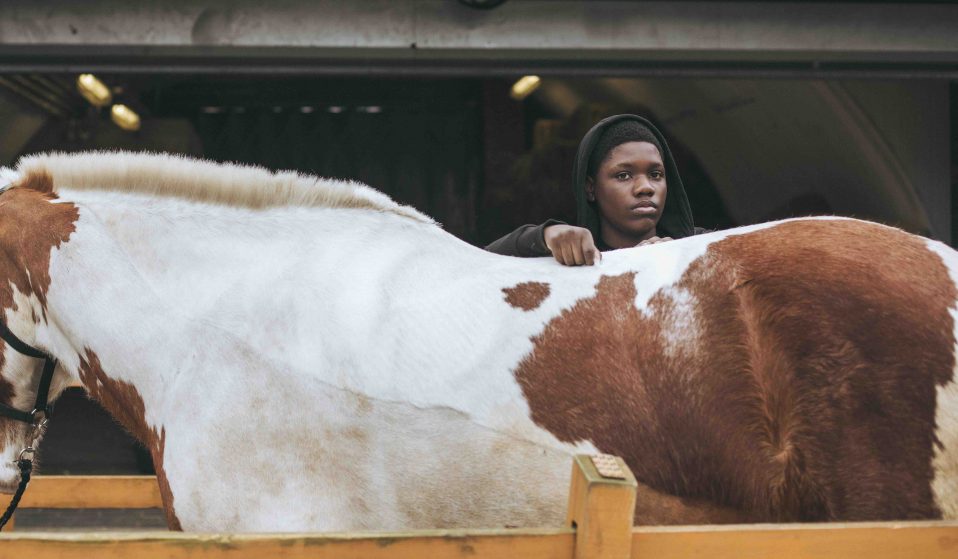 In one of the most disadvantaged inner-city neighbourhoods in the country, a community project is working to transform the lives of young people – using horses.

In one of the most disadvantaged inner-city neighbourhoods in the country, a community project is working to transform the lives of young people – using horses.

Behind south London’s Loughborough Junction – an area with one of the highest youth crime rates in the country – there is an unexpected sight. It’s Thursday evening in mid-February and people begin arriving for their weekly horse-riding class. Beyond the arena, tower blocks rise up against a gunmetal sky and beneath the rumble of passing trains, you can hear the sound of horses chewing hay.

Opened in 2011 by local resident Ros Spearing, Ebony Horse Club teaches young people (aged 8-18) how to ride and offers a safe haven away from crime and violence. “We see about 120 kids a week,” says Naomi Howgate, Ebony’s Business and Funding Manager.

“As we prioritise people in the local community, most of the kids live within a two-mile radius of the club. Some of the schools we work with fall a little outside of that, but all the schools we’re working with currently are in south London.”

Ebony also prioritises kids who have been referred to the centre via social services, and kids from low-income families (with a household income of less than 23k per year). Most pay a small contribution per lesson, but many ride for free. “If their parents can’t afford it, then that’s fine,” Naomi says, insisting that there is no financial barrier to the kids. The centre instead relies on donations and fundraisers to keep it running.

While other urban riding centres do exist in London, a distinctive feature of Ebony is that it is primarily a youth club. “I think what sets us apart, is the fact that we work with people over a long period of time and we do try to encourage them to go into the industry if they want to,” explains Naomi. 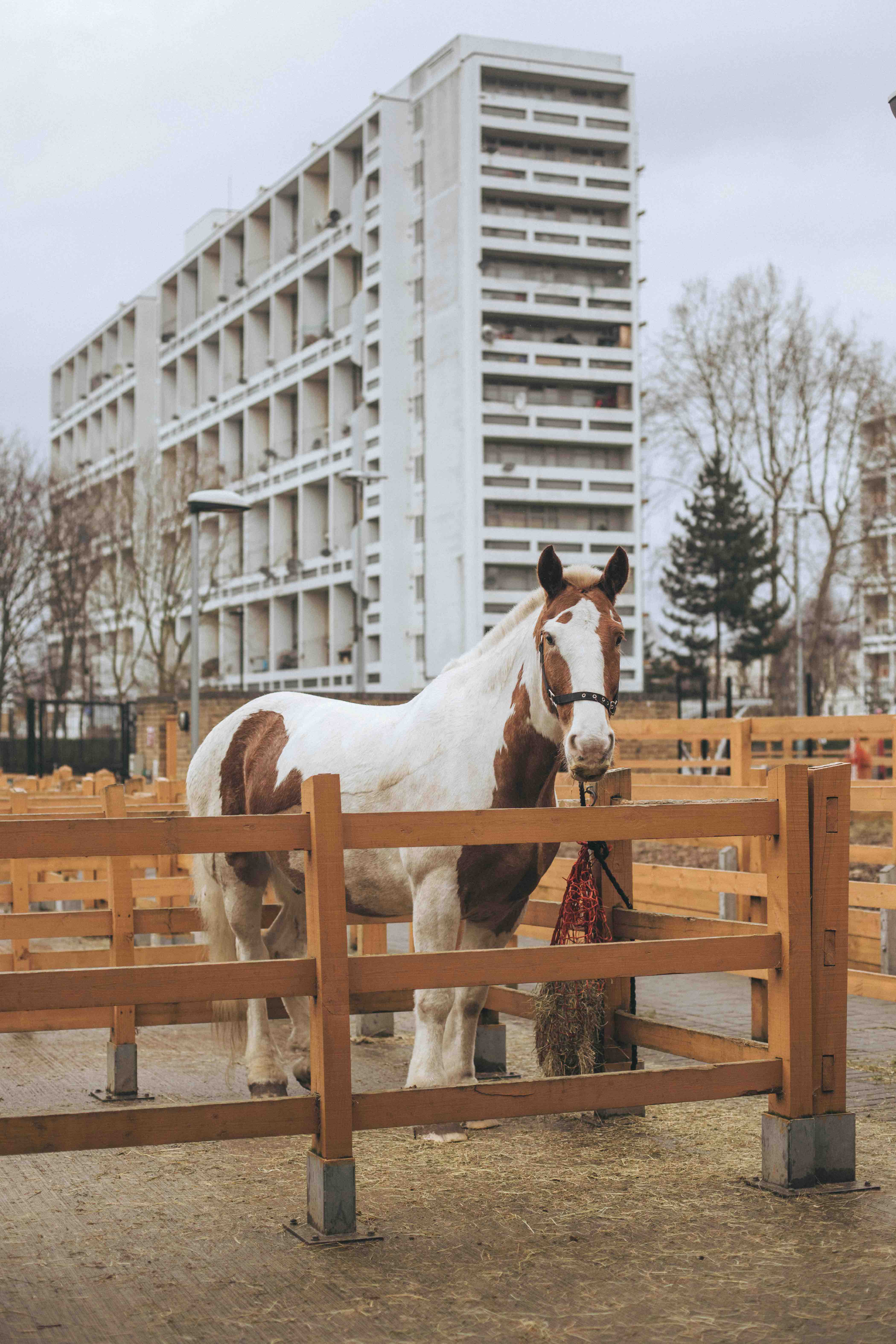 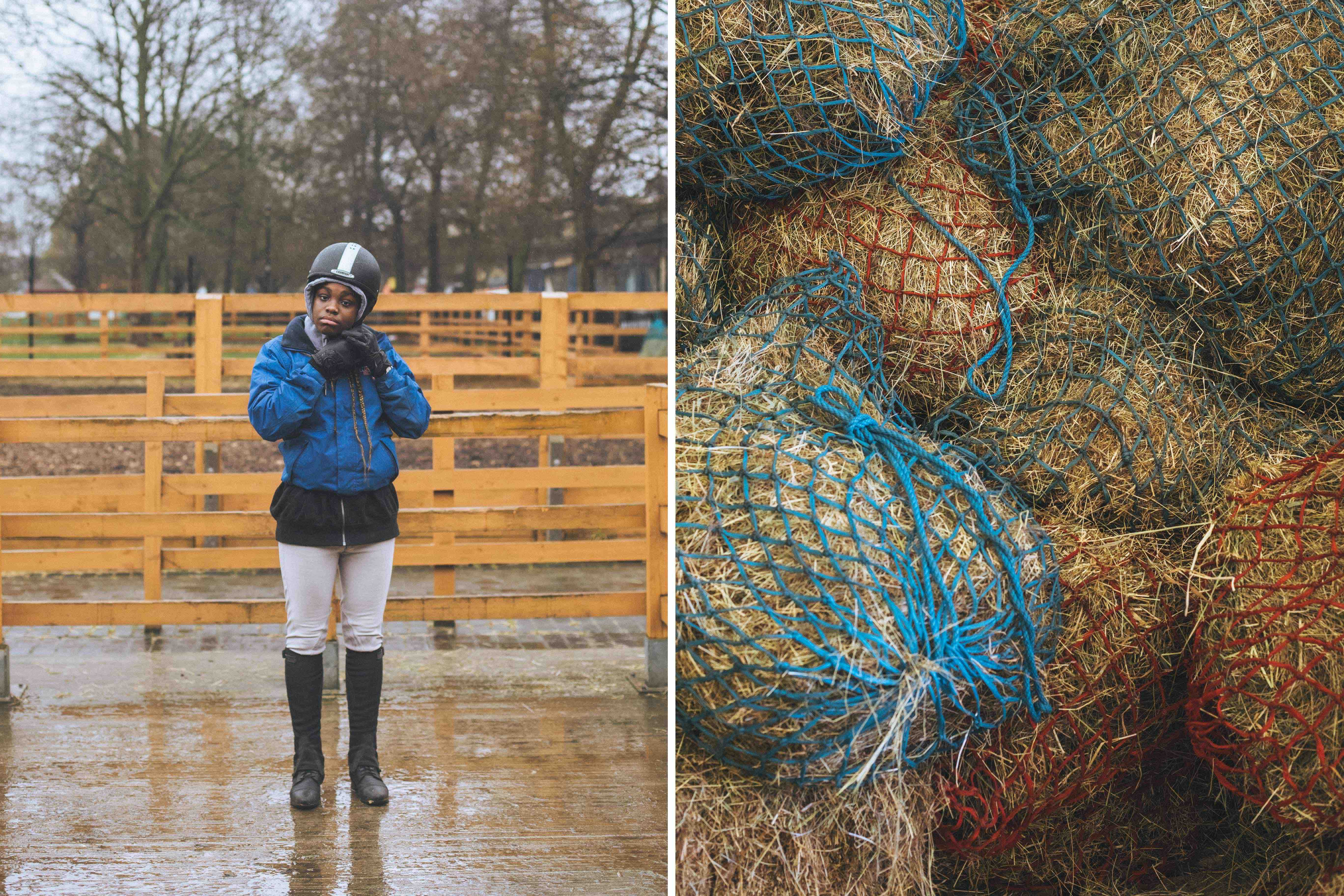 As one of the UK’s most disadvantaged inner-city neighbourhoods, rates of teenage pregnancy, gang violence and drug-related crime are high – often exacerbated by a lack of opportunity. In transferring new skills and ambitions to the kids, Ebony is helping reverse the negative stereotypes associated with the area.

“We’ve got 15 kids who’ve come through and are now either studying or working in the industry. They simply wouldn’t have known that working in the racing industry, or studying equine studies was even an option before they came here,” Naomi says.

Last year, two of Ebony’s riders (aged 18-19) landed jobs just before Christmas; one of them in a racing yard in Newmarket and the other in an event yard working with show-jumpers

“You’ve also got all the kids that might never be great riders, but they have a real bond with the horses,” Naomi adds. “It’s a place they can have fun, hang out with their mates and forget about all the worries of whatever’s going on at home, or at school.”

Maria, aged 15, has been returning to Ebony each week for almost five years after participating in a 10-week programme at her school. “If I didn’t come here, I would go home and literally do nothing,” she says. “It’s a good thing to do; it’s different.” 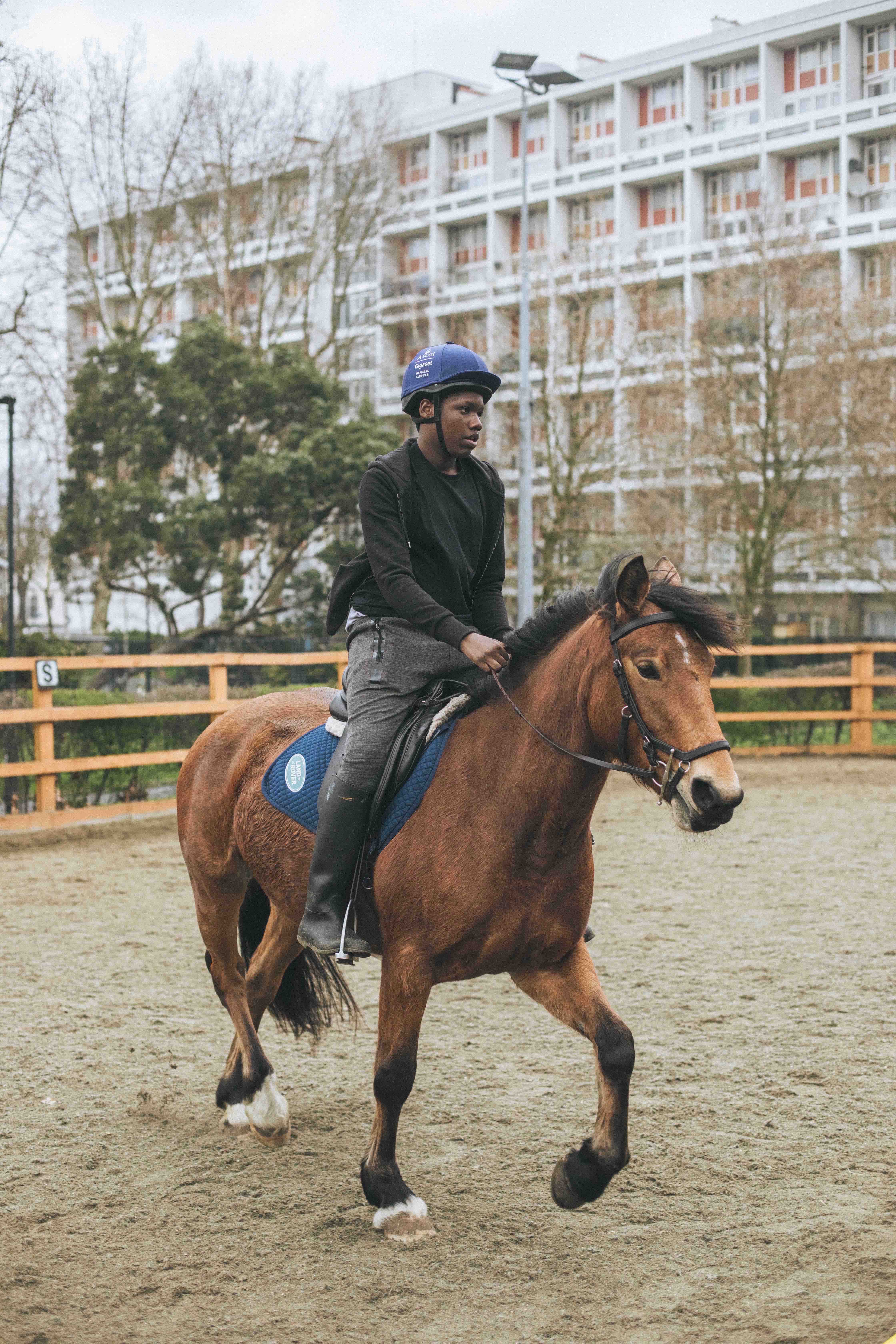 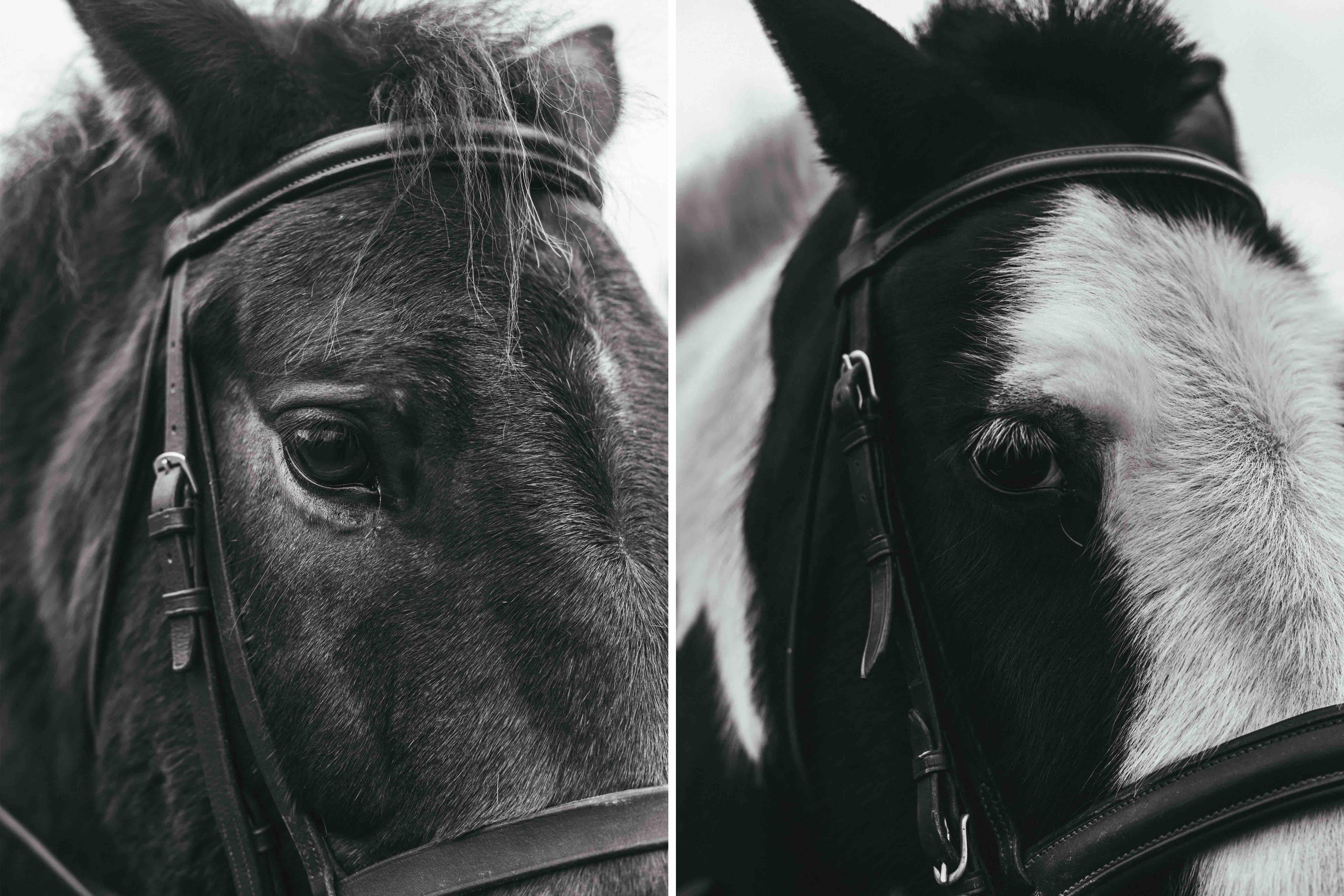 Like many who attend, it is not only the horses but the social element of the club and the friendships she’s formed there that keep Maria coming back. Since she joined, she’s also had the chance to visit the countryside for the first time. Two years ago, the club took a group of their regular riders to Wales. “It’s nice to get out of London,” she says, adding that riding in the country is a completely different experience to riding in an arena.

Asking whether she’s drawn to a horse-related career in future, Maria says she’s uncertain about riding professionally: “I’ve always thought of horse-riding as a hobby, the thing that takes all my stress away, and I think that if I did do horse-riding as a job, it might take the fun out of it.”

In addition to riding, Maria volunteers at the centre. Although the fun aspect of riding is central at Ebony, kids are taught the responsibility that inevitably comes with it. When they’re not riding, they’re encouraged to help out with anything from yard duties to assisting younger riders.

“It’s not only about having fun,” explains Naomi. “Of course, that’s really important, but it’s teaching them the responsibility that comes with riding and that it’s crucial the horses get fed properly and that they’ve always got water. It’s important they learn the responsibility and the empathy that goes with it.”

Juan, 16, has been coming to Ebony for just over two years. “This is practically my home,” he tells me. “It’s a very comfortable and healthy environment. If you’re having a rough day, you can just come down here.” 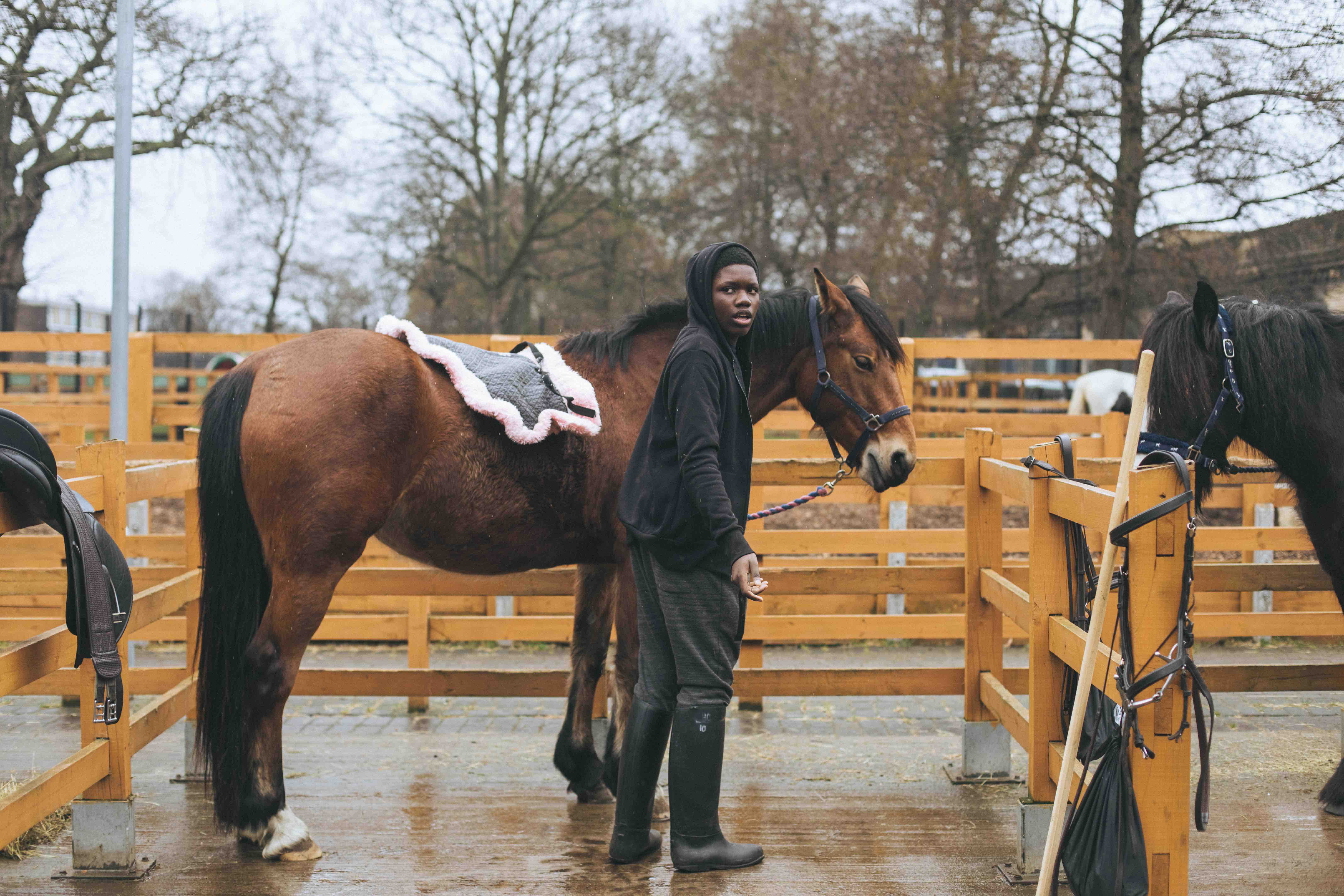 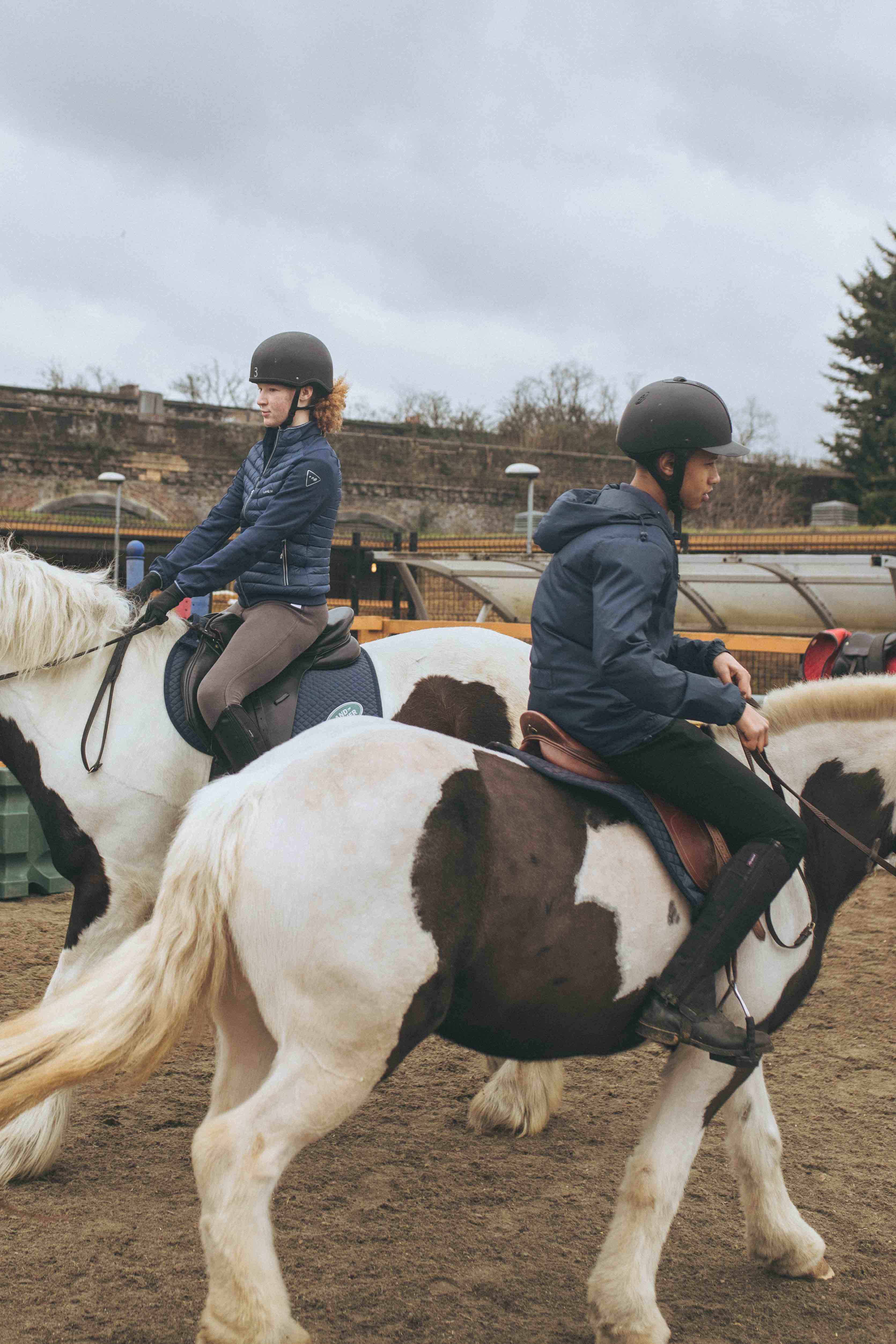 For him, horse-riding is just one of his many interests. An aspiring singer-songwriter, he studies music at the BRIT School and like music, Juan says Ebony is essential to his wellbeing. If something upsets him, he says: “the first thing I naturally resort to is to hit something or to shout at something, or I just get very frustrated, but as I’ve learned with music, it is possible to calm down in other ways. The horses are really therapeutic.”

Asking Juan what skills he’s learned at Ebony, he says patience has been a key lesson: “Riding a horse isn’t as easy as it seems; you have to learn technique. In group work, there may be people who aren’t as confident, or are weak in certain areas, so being able to be patient and explain to them how to transition through things has helped me a lot.”

Addressing the stigma around male horse-riders, Juan says: “People might take the piss out of me, but it’s just something else that I can do and they can’t. I’m aware of the stereotype and I will have banter with it, but at the same time it’s something that I do – and that won’t change.” (Currently, the proportion of girls to boys at Ebony is around 50:50).

As the sky darkens, horses are led into the flood-lit arena and the kids take turns to ride around the outer edge. In the distance, people play football in a neighbouring court and the familiar sounds of sirens carry over the Loughborough estate.

Despite its reputation, Juan says that Brixton has transformed for the better over the years, and clubs like Ebony have undoubtedly had a contribution.

Patrick Green, chief executive of the Ben Kinsella Trust, which campaigns against knife crime and educates children about its consequences, says in an article published on the Irish Times, that a positive correlation exists between reduced crime levels and increased funding of youth services, underlining the value of places like Ebony in the community.

For young people like Juan, who has seen how people can easily fall into crime, he says youth clubs offer productive things to do. “I’ve been lucky that I’ve never had to experience anything [crime or gang-related] myself,” he says, “but I know of a lot of people, who through certain institutions have been able to not change, but gradually grow out of things. Obviously, it’s extremely difficult to just say, ‘I don’t want to be a gang member anymore’. That’s just not how it works; you have to go through a lot of processes to realise: ‘how am I going to get out of this?’”

“The change in Brixton has been positive because now the perception isn’t as bad, and you don’t hear such tragedies about the place,” he adds. “It’s a bit more positive – and that’s a good thing.” 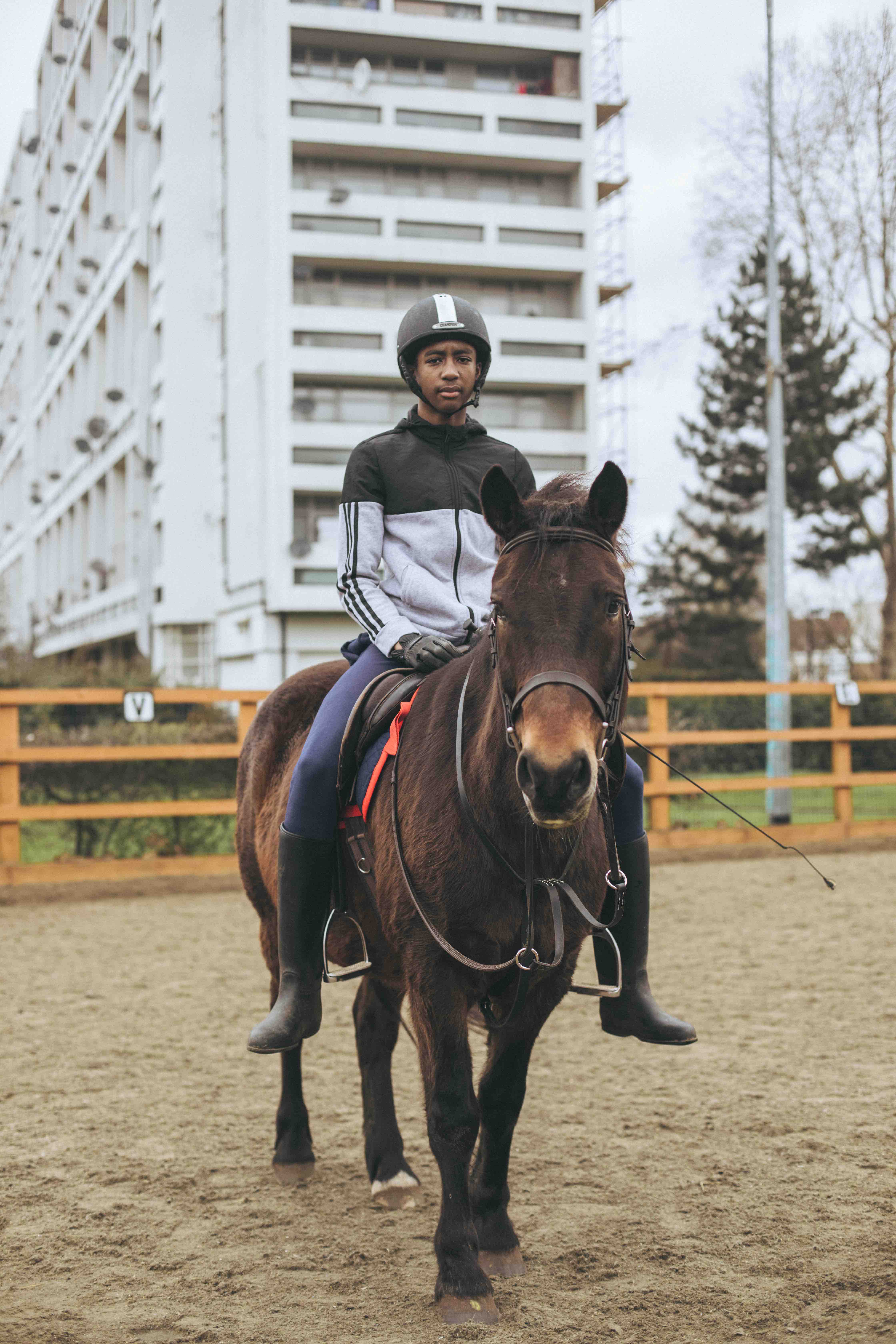 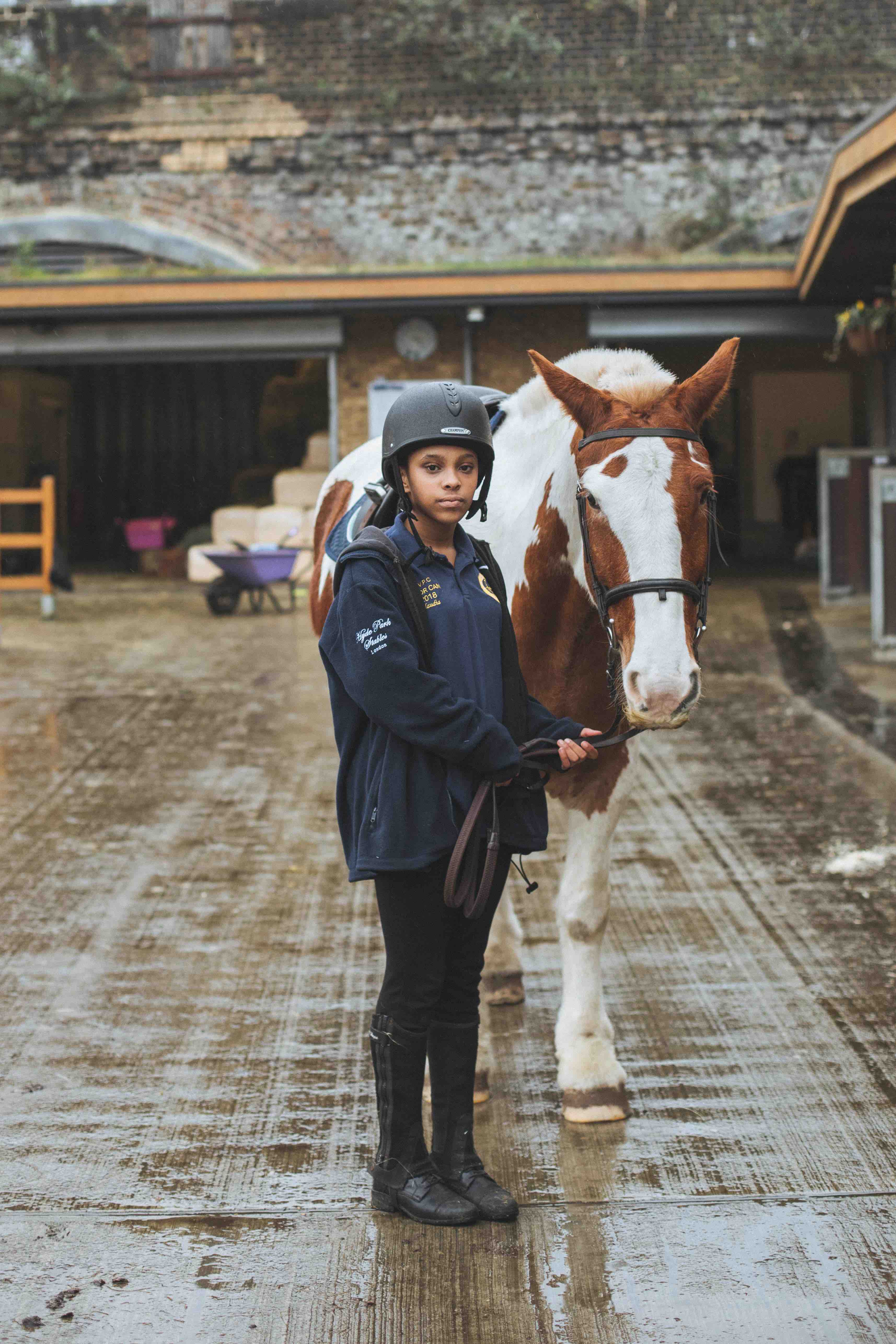 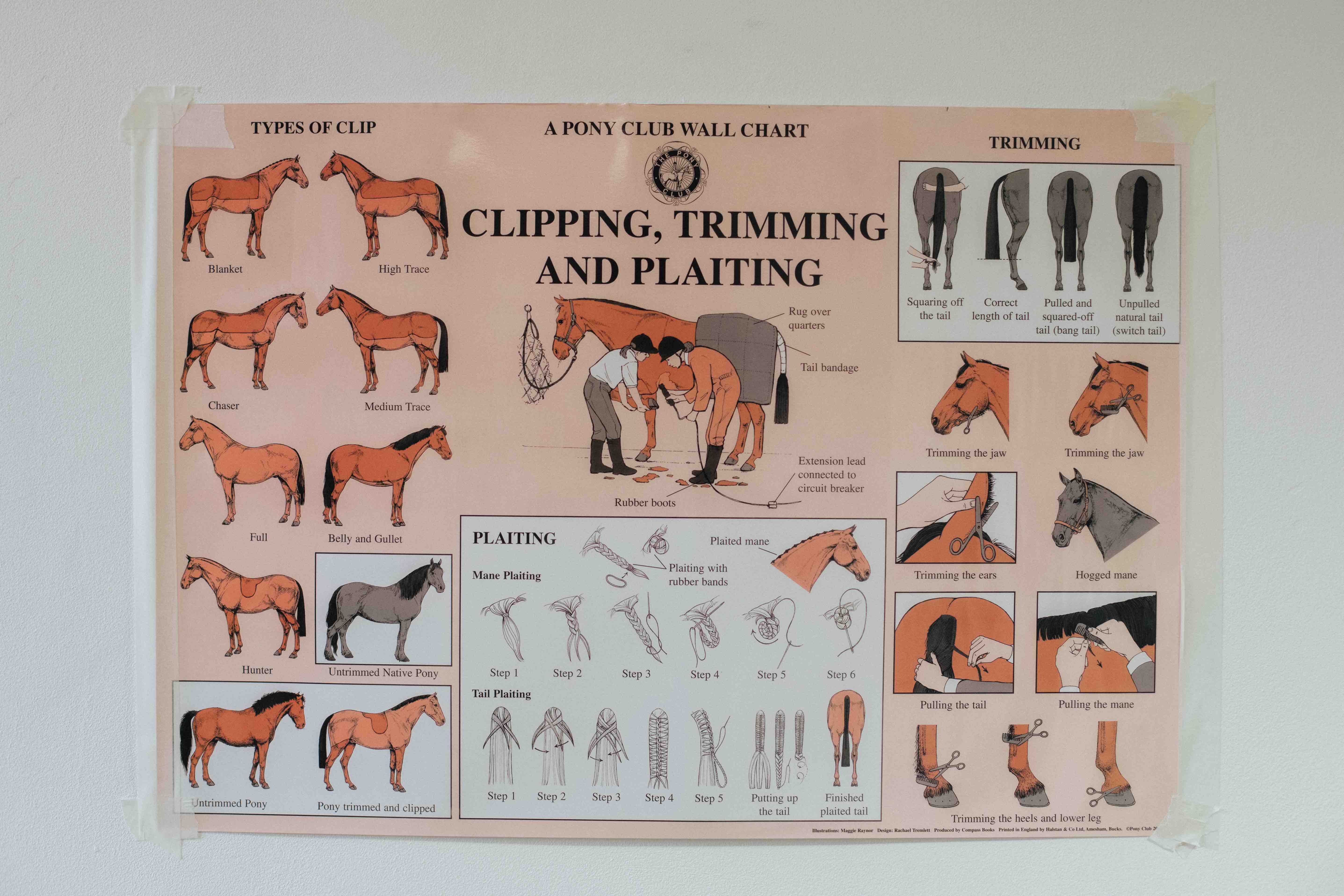 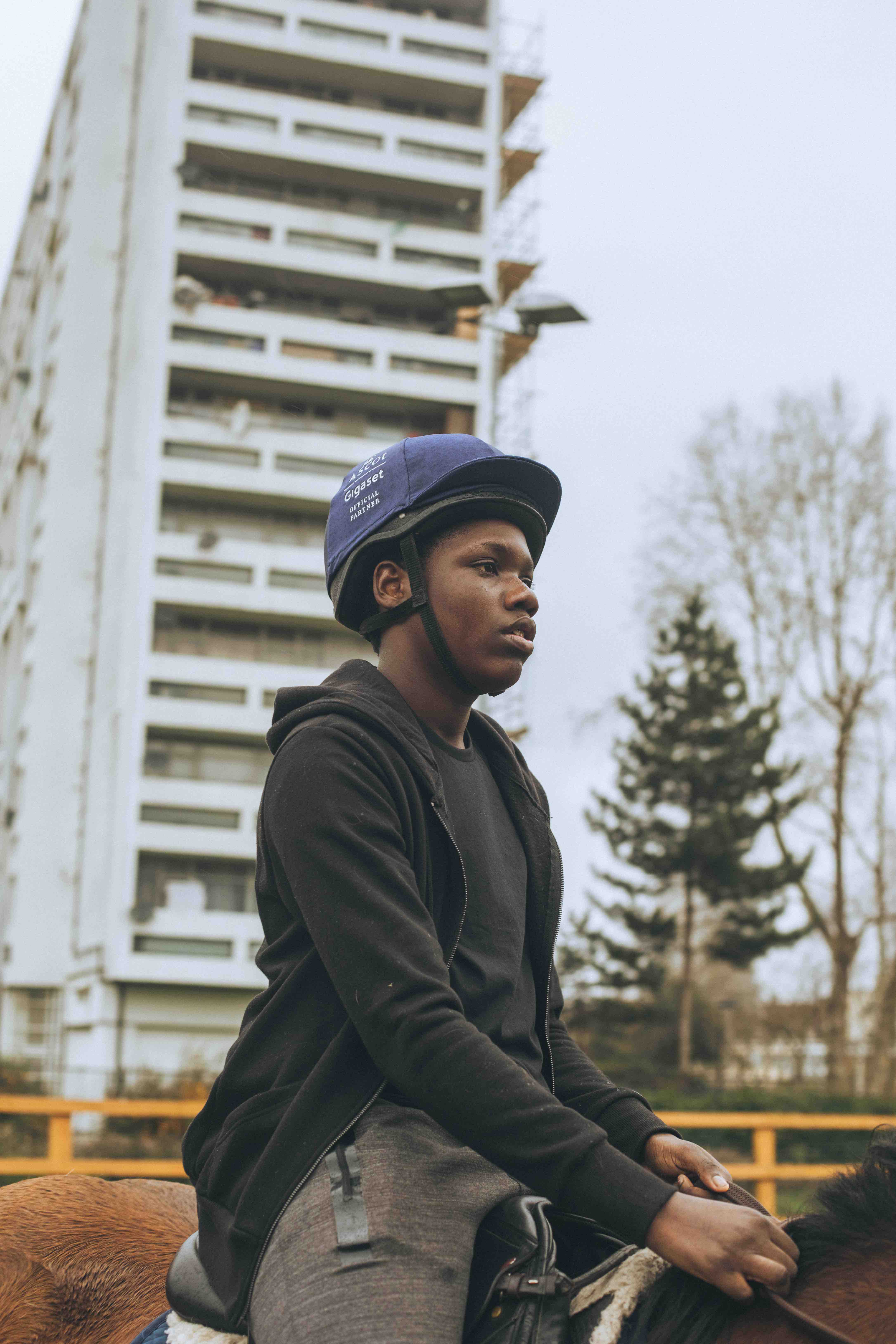 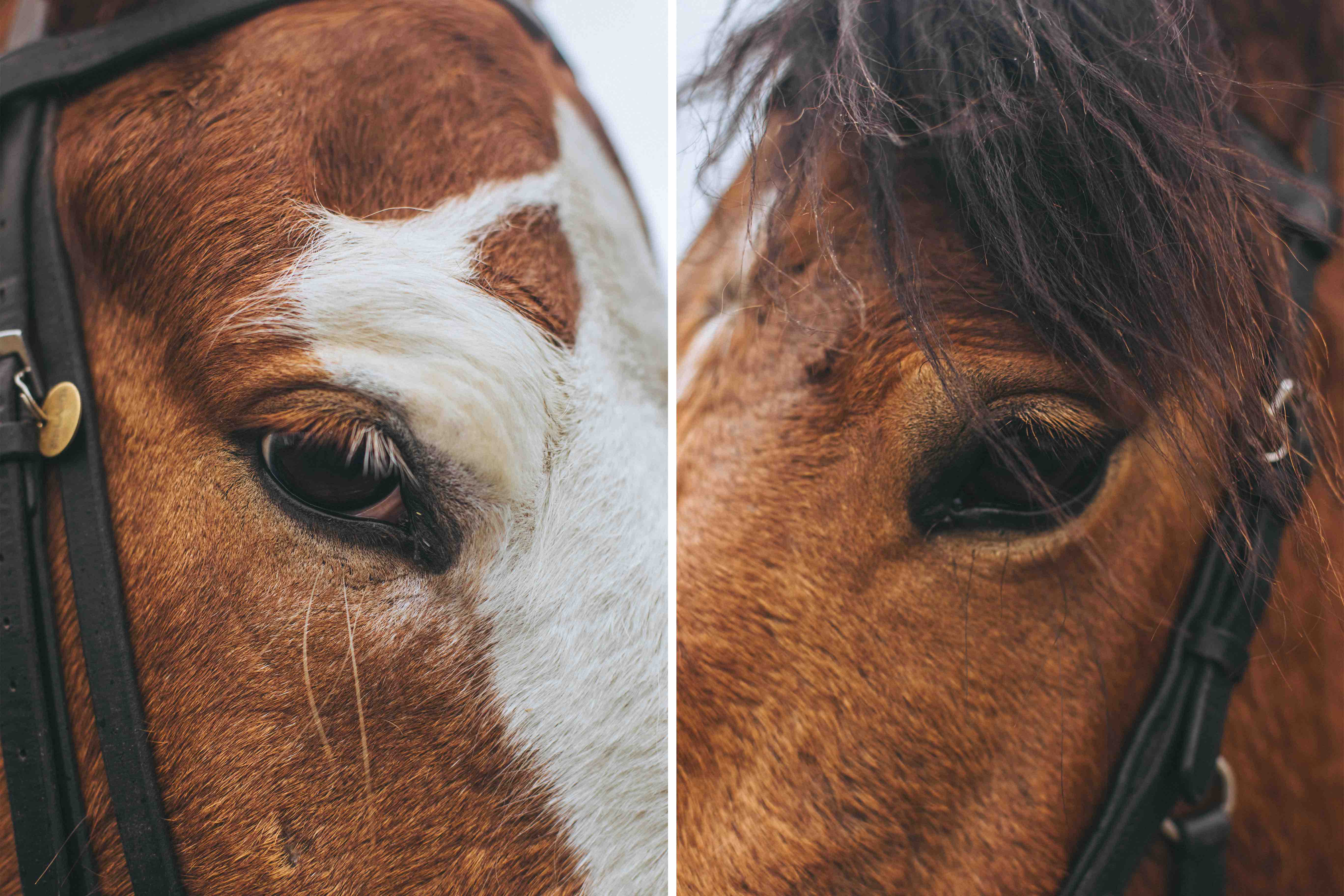 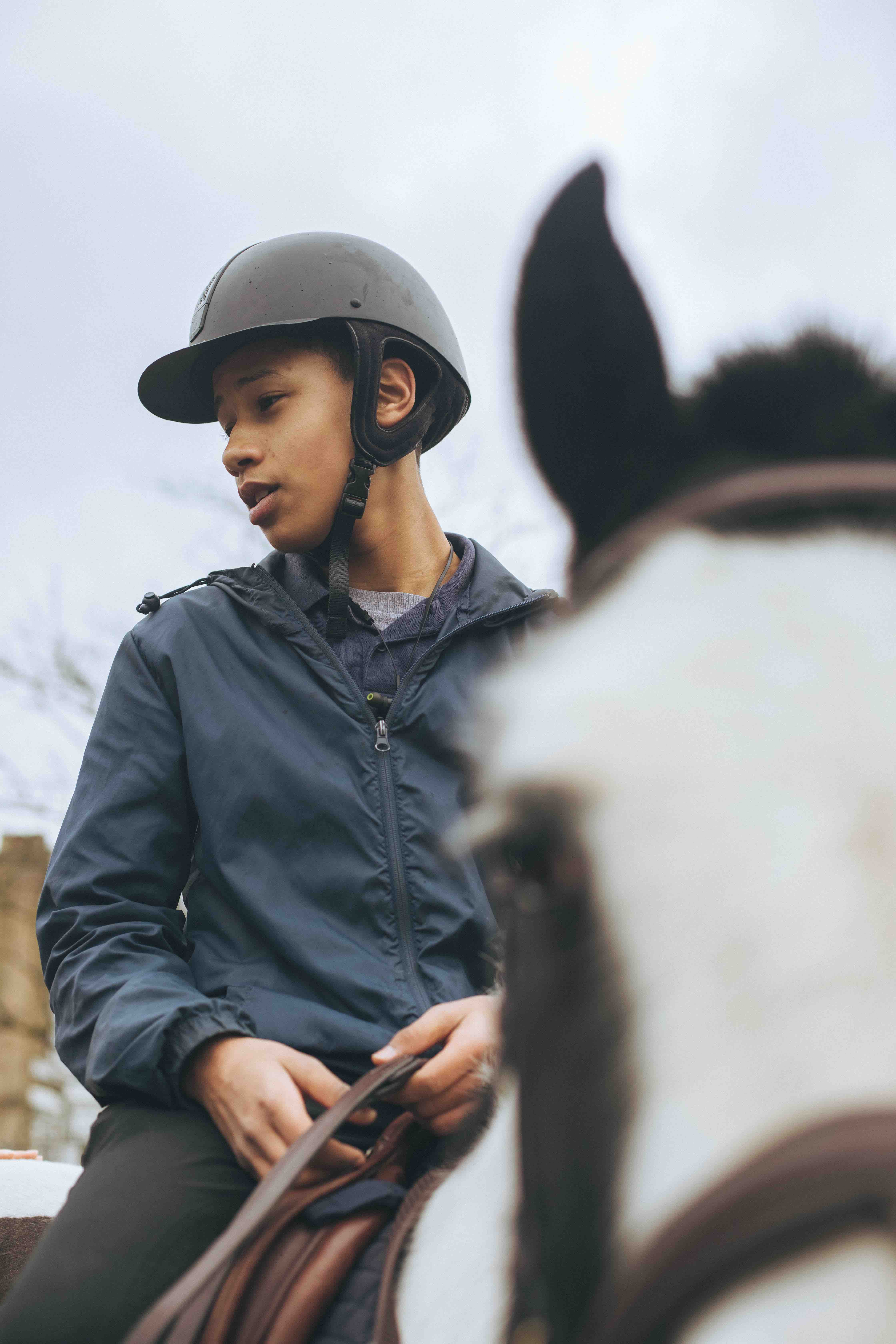 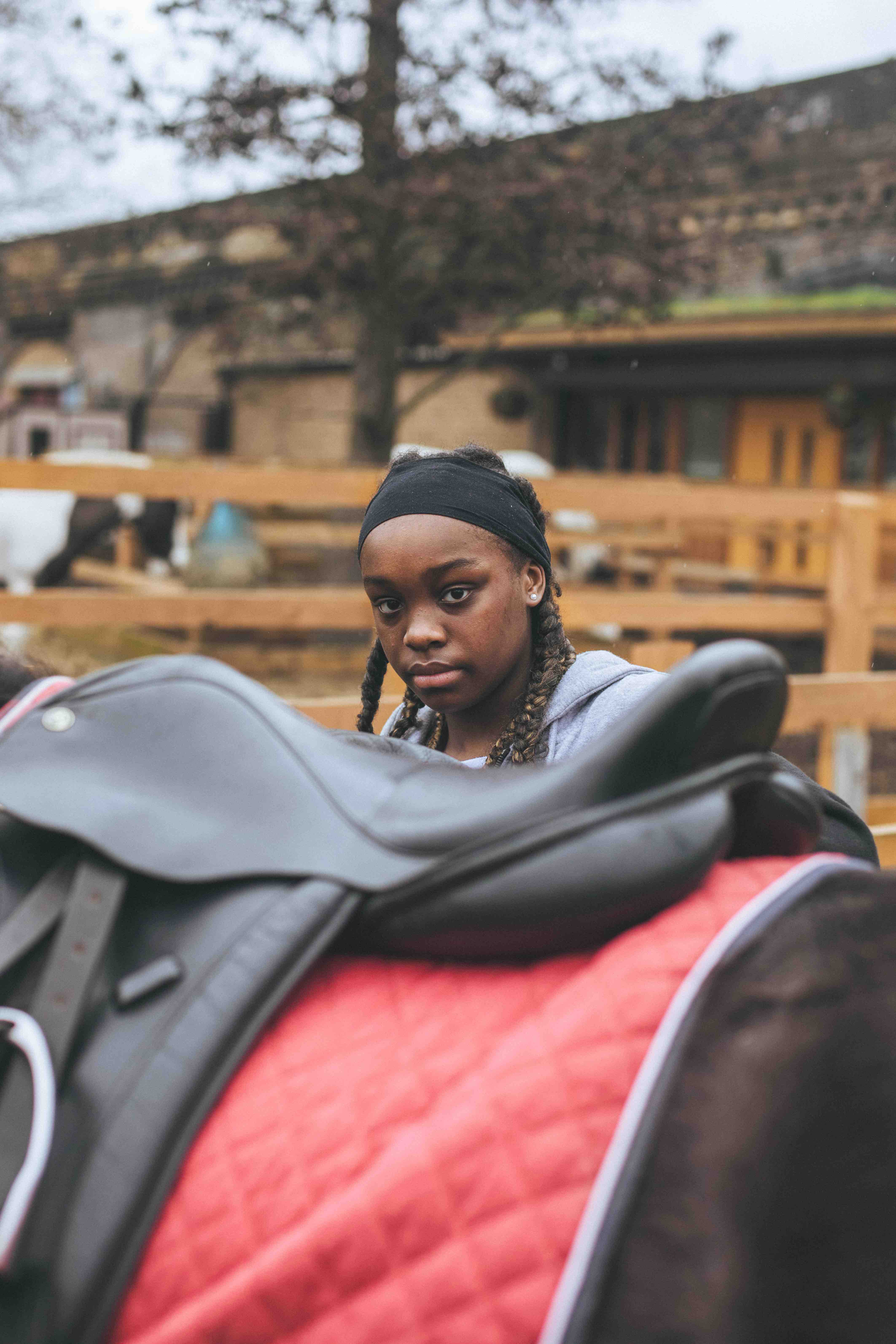 Learn more about The Ebony Horse Club on its official website.

Linkedin
RELATED ARTICLES
OTHER ARTICLES
The author discusses her new memoir, which offers a sobering reflection on the racism and otherness she’s experienced along with a joyful celebration of her culinary heritage.
The government’s brutal crackdown on NGOs has left victims of rape without anywhere to seek help. And now, as the country plays a key role is Russia’s war, things are only getting worse.
Photojournalist Fiora Garenzi spoke with people still living in Eastern Ukraine, an area which seen some of the heaviest fighting since the war began.
Students are being left to languish in unsafe housing, in some cases leading to serious health complications.
With the virus now a global health emergency, we must take steps to fight misinformation and demand a swift UK-wide vaccine roll out, writes Phil Samba.
From the chip shops, to the bingo parlors and burlesque dancers, photographer Mike Coles remembers capturing scenes of holidaymakers by the English coast.