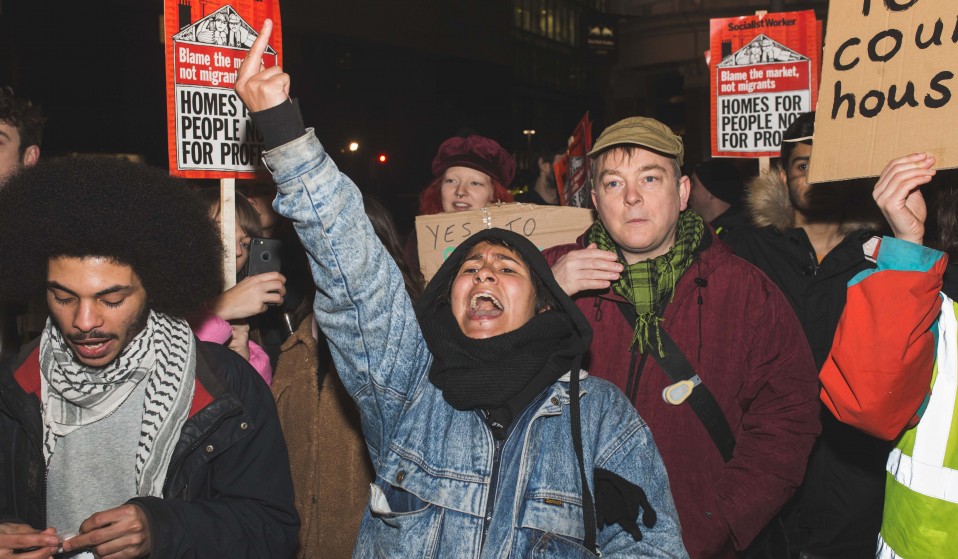 Property developers in Elephant and Castle have been sent back to the drawing board.

Property developers in Elephant and Castle have been sent back to the drawing board, after local residents demand a better deal.

It’s 3:45pm on Tuesday afternoon, and a small group of protestors are starting to assemble outside the London College of Communication (LCC) in Elephant and Castle, London.

Armed with signs, banners and megaphones, the crowd – growing larger as the clock nears the hour – begin to organise. Leaflets are distributed, instructions barked. A young girl helps an elderly man reposition his scarf, to best keep out the cold.

The march – from LCC to the Southwark Council Office, Tooley Street – has been called in response to destructive regeneration plans for the local area. The proposals, which are set to be voted on by Southwark Council’s planning committee later in the evening, include the demolition of the Elephant and Castle shopping centre, as well as the construction of almost 1,000 new homes. 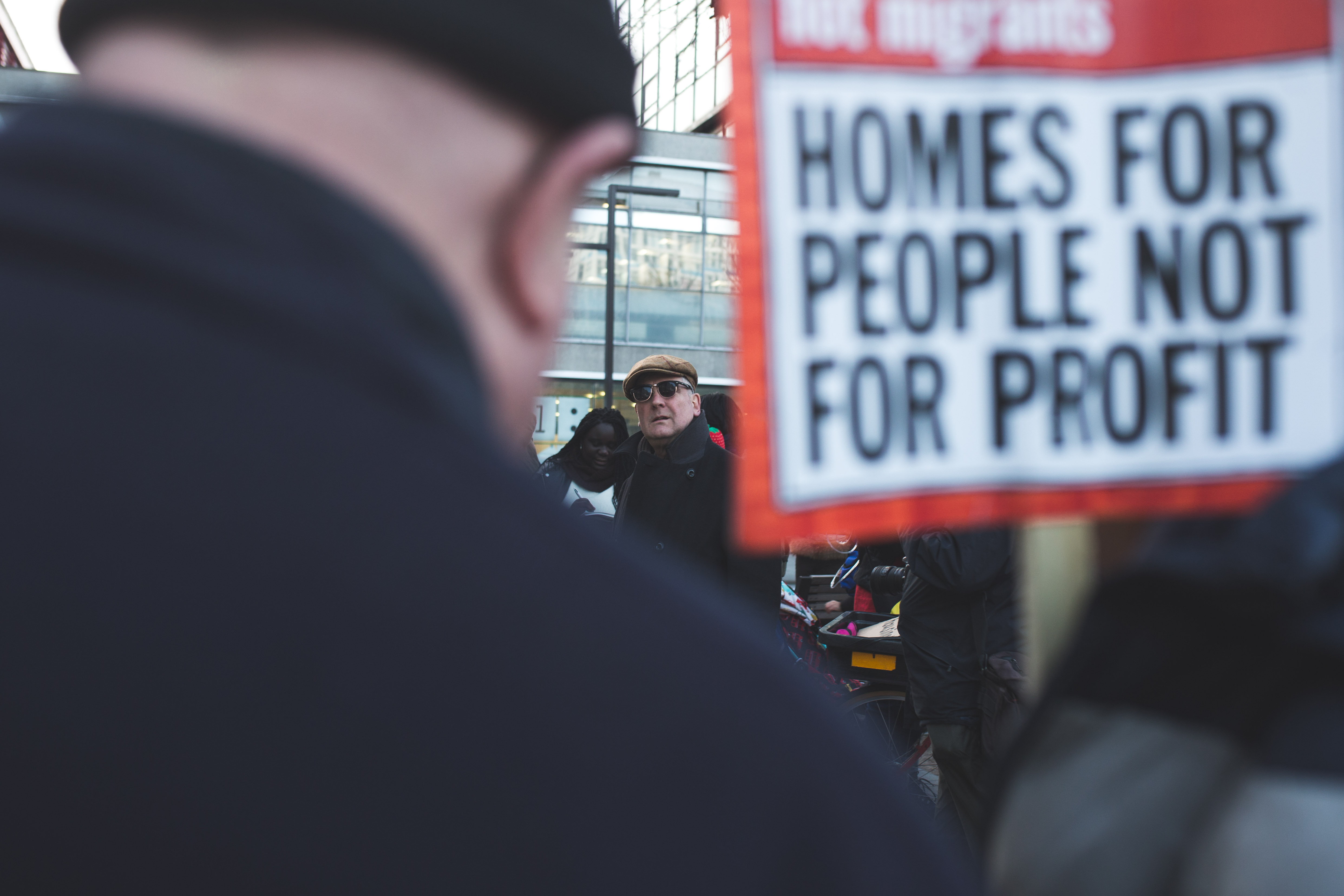 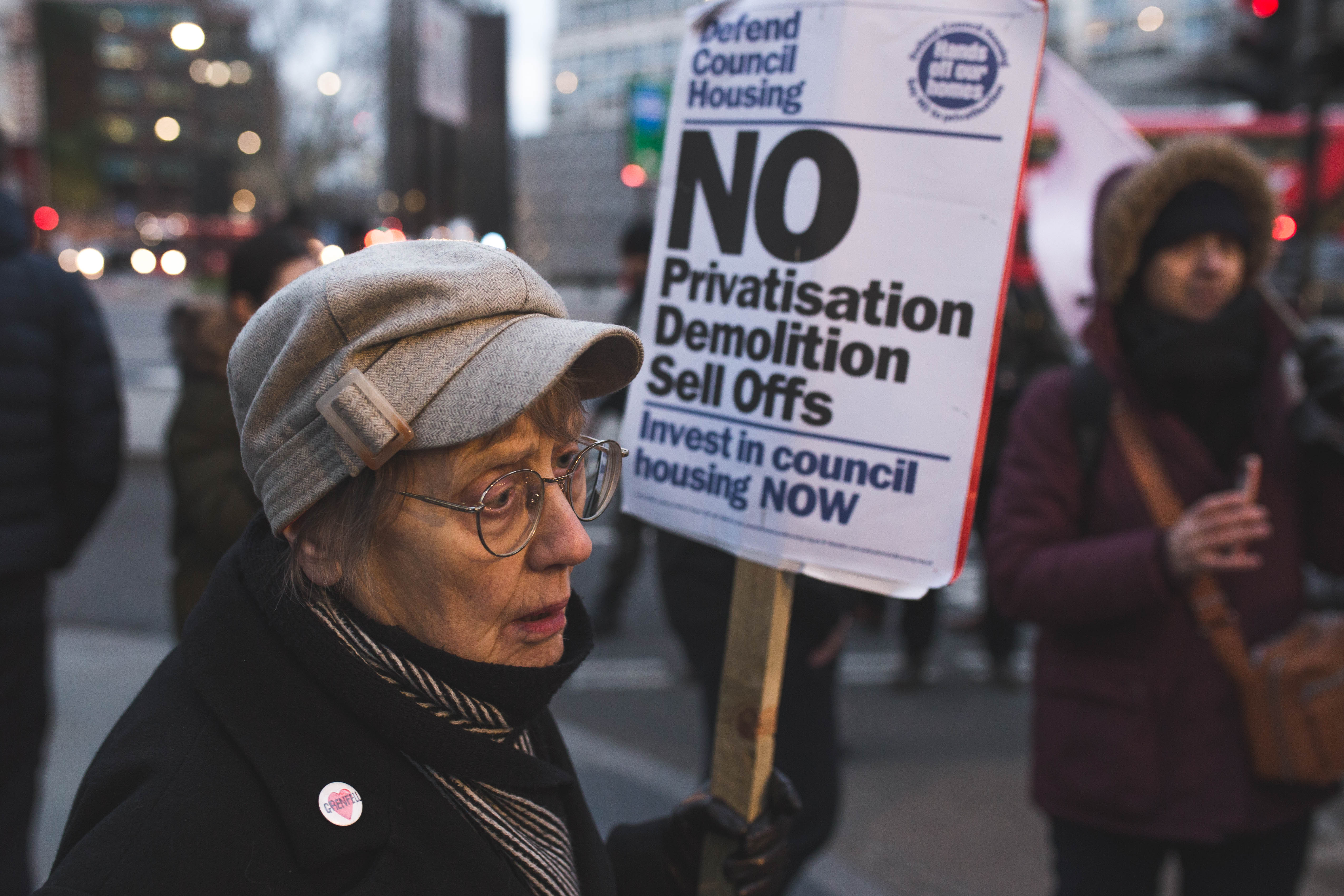 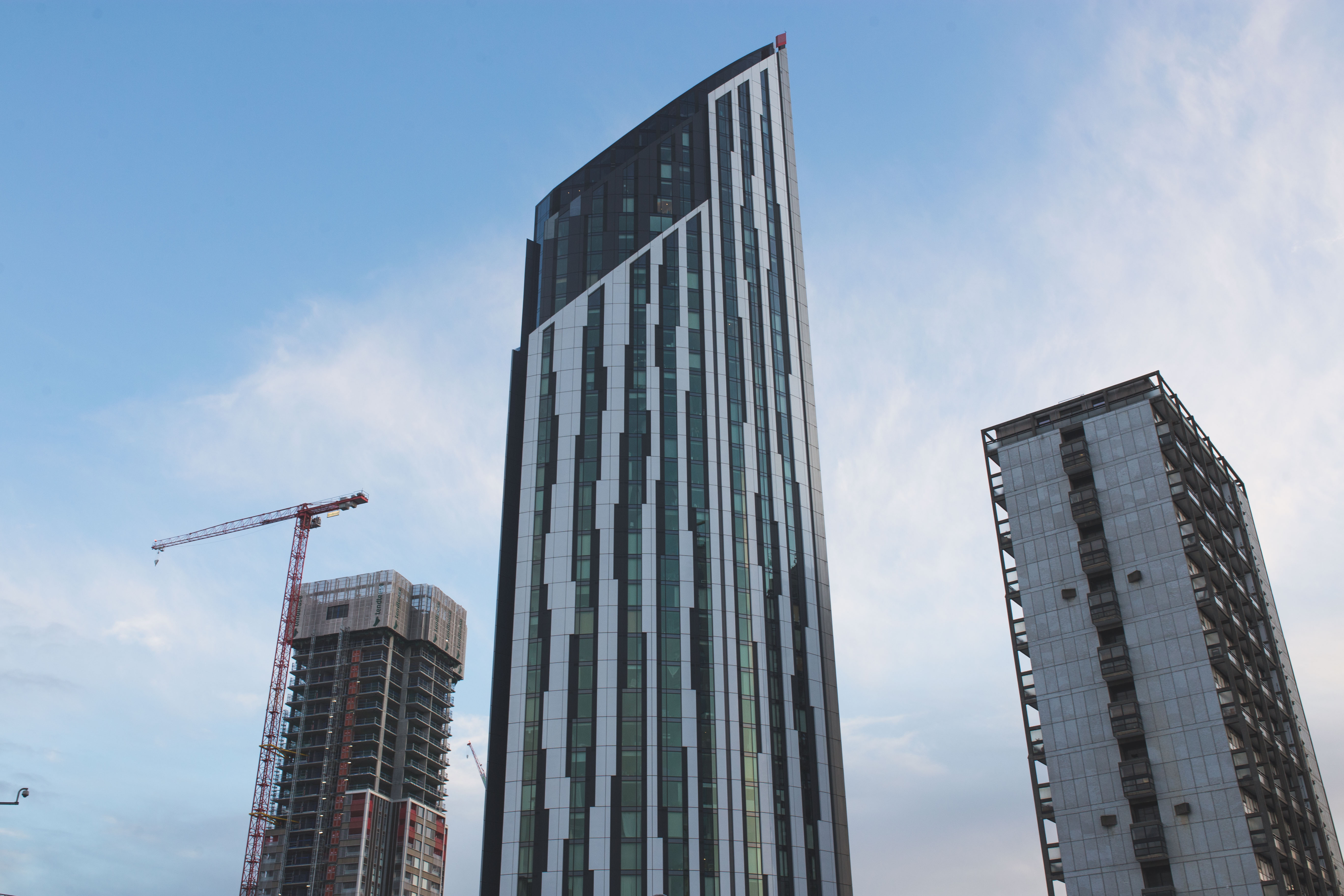 According to campaigners, these planning applications fall way short of requirements: relocation plans for current traders based in the mall were disturbingly vague, as were plans to commit to providing adequate social housing as part of the new development.

Similarly, the 35% Campaign – a group of residents and traders who want the regeneration scheme to “benefit locals” – asserted that that there were no intention to relocating the local bingo hall or bowling alley, important sites in the local community (particularly, according to research, its elderly and BAME residents).

“We are fighting against the borough’s social cleansing plan,” says Tanya Murat, one of the organisers. “One of the most scandalous aspects of this application are the company are set to make £153 million in profit, but at the same time, pretends that it is unviable – i.e. unprofitable – to produce any more than 33 fake social rented homes.”

“This is an absolute disgrace and we are here to say that there will be no social cleansing anymore in this borough. Elephant and Castle shopping centre will not be socially or ethically cleansed while we’re here.” 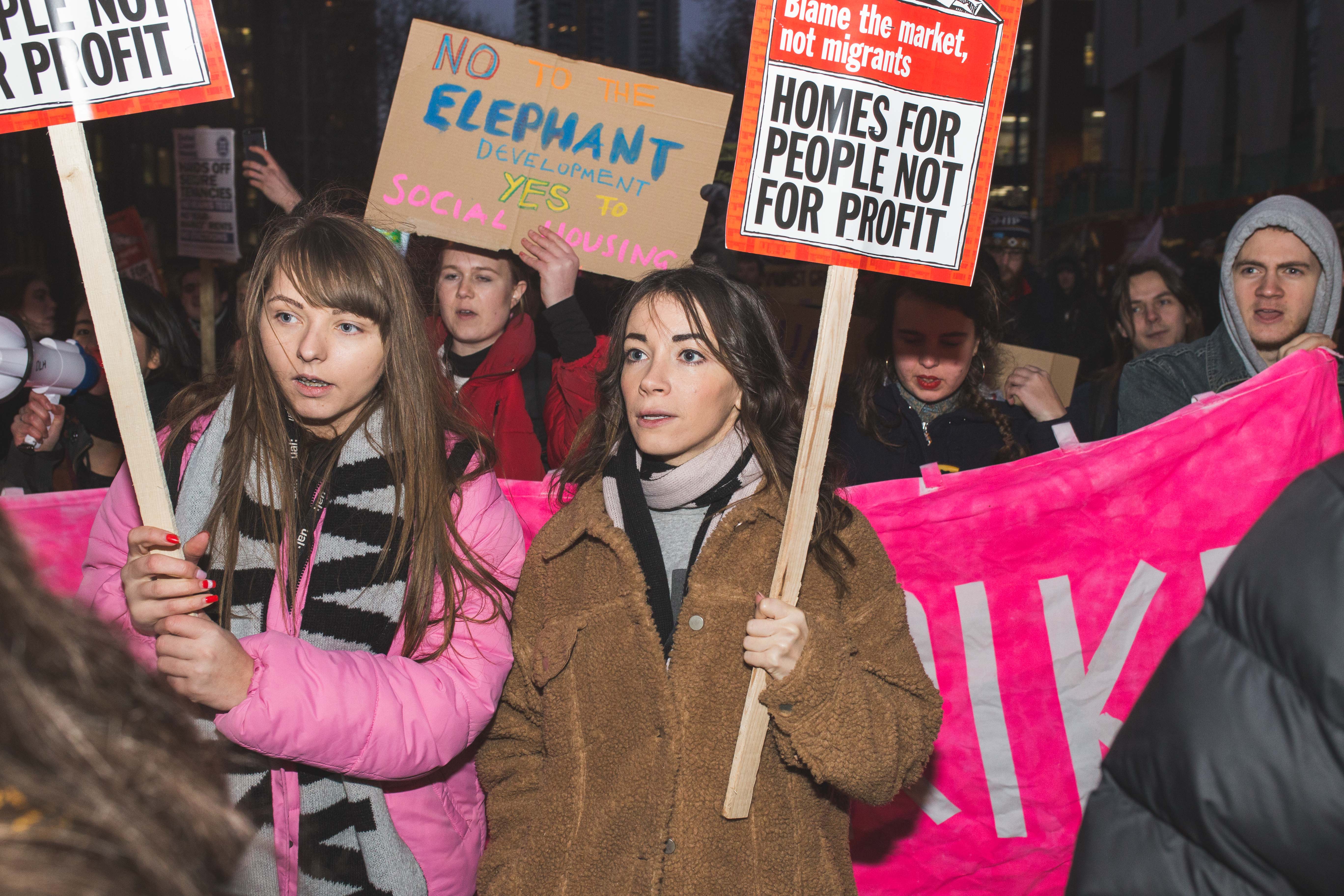 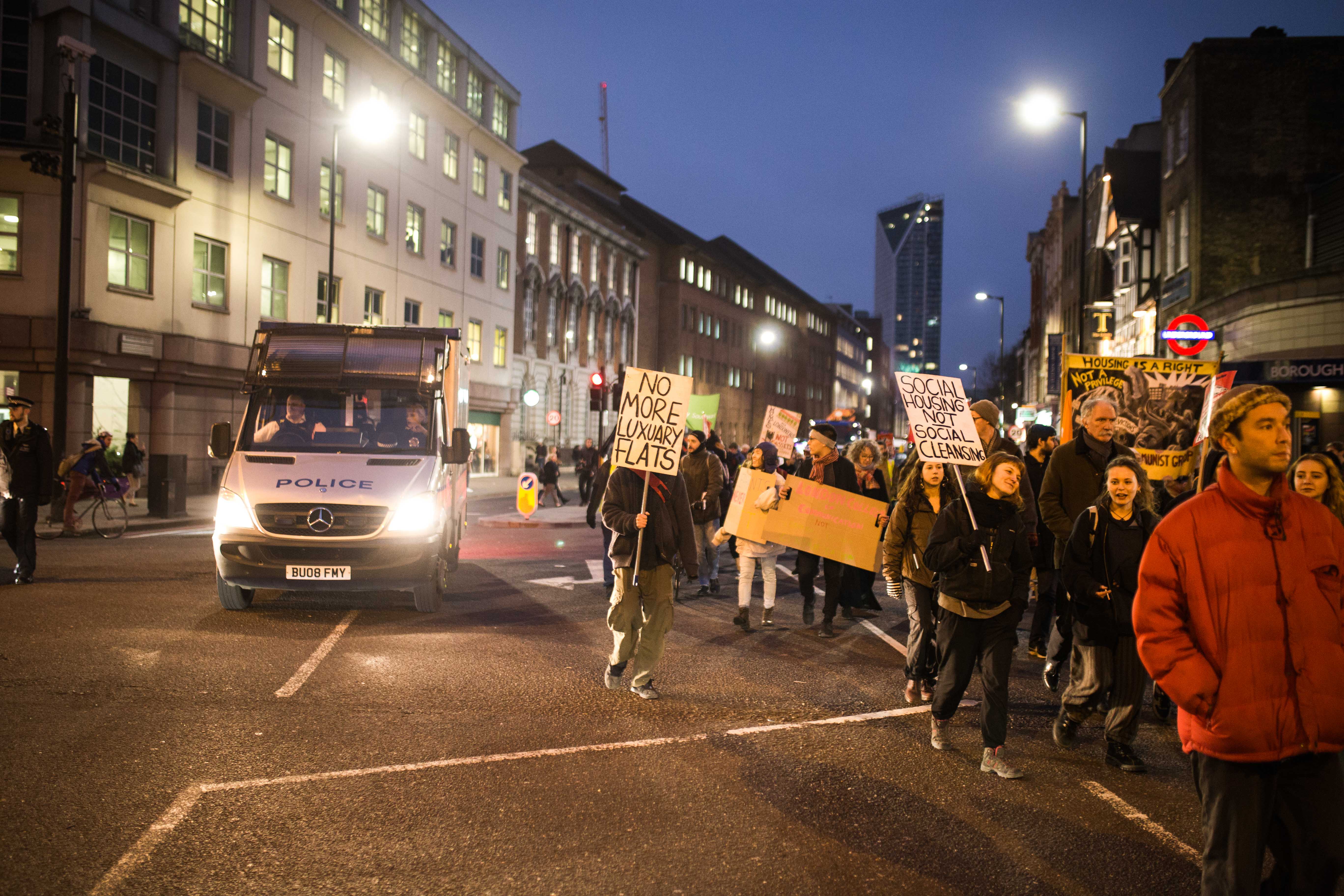 As the march kicks off, chants of “Southwark Council, shame on you” and “social housing, not social cleansing” begin to fill the air. Making their way towards their destination, the mood of the crowd is both angry and defiant, paired with an optimistic camaraderie.

While smaller grassroots movements can often find themselves at risk of fragmentation, in this instance, students, residents, families, activists, traders and members of the local Latin American community stand side-by-side. Some are present because it threatened their homes, others their culture, or financial livelihood. 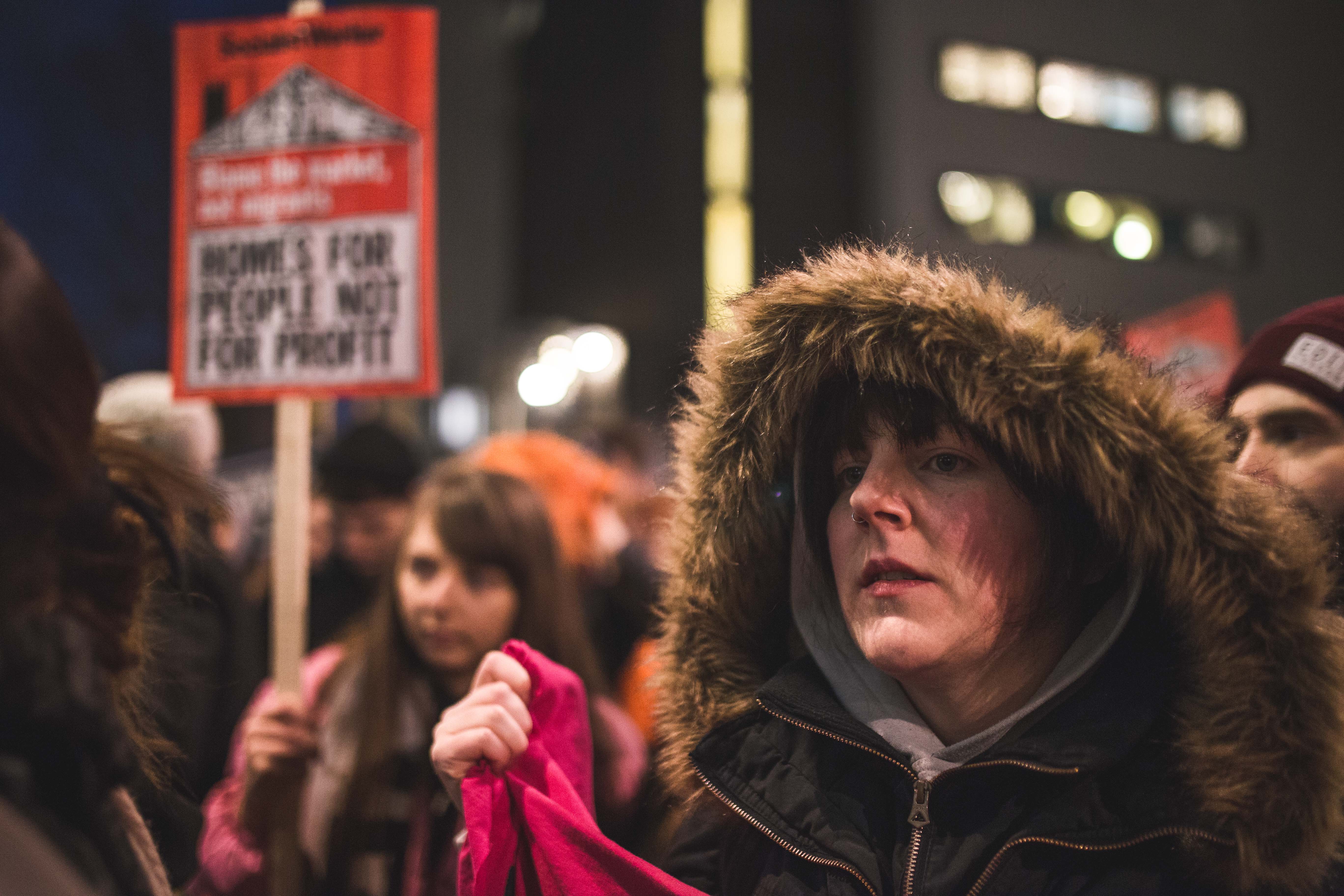 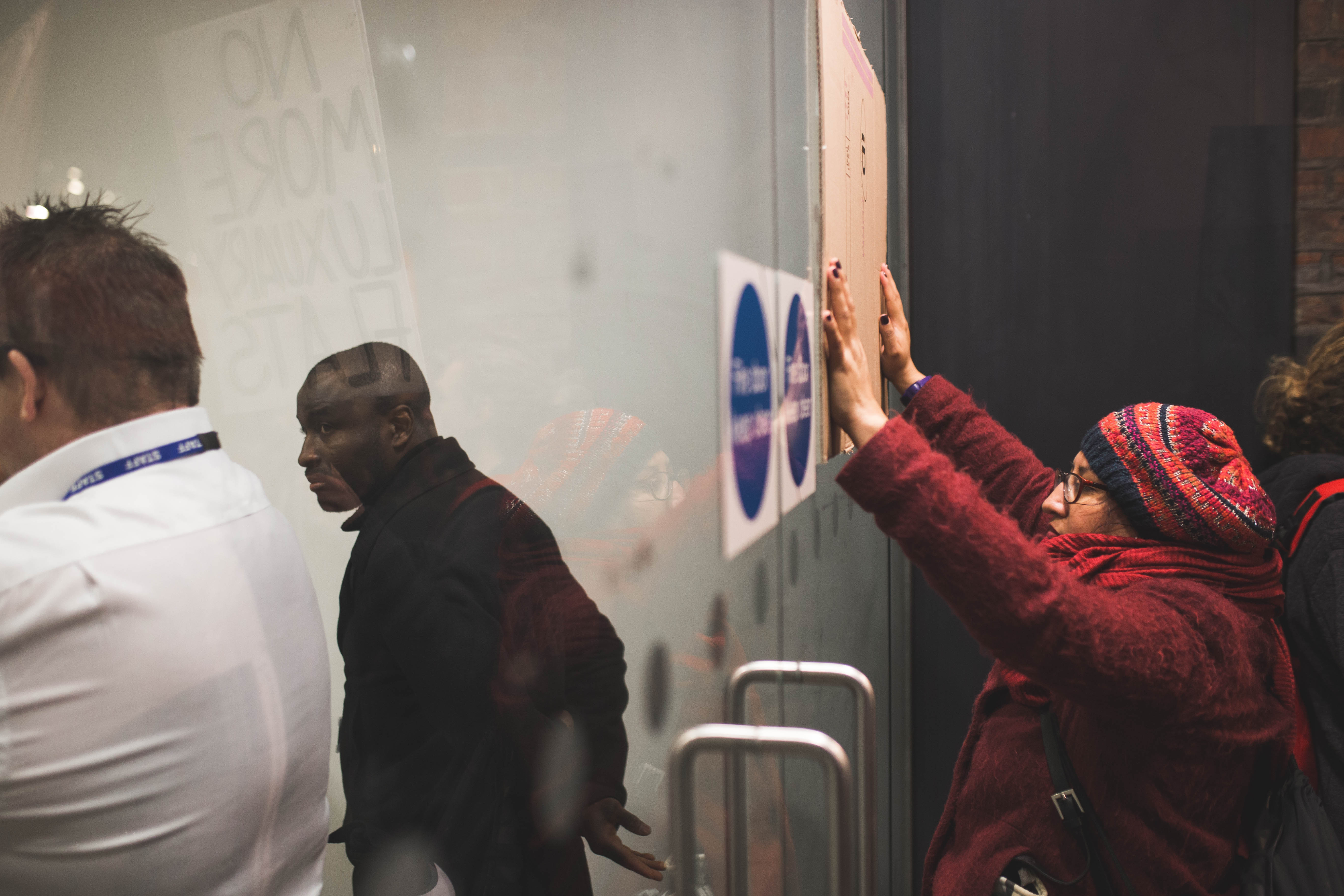 After arriving at the council office, a number of different organisers give speeches, before the crowd – despite initially being told by security that there “wasn’t enough room” – make their way inside the building to continue the songs. Upstairs, members of the planning committee have already begun their meeting.

To the elation of campaigners, it was later announced that the plans had been halted, with councillors voting against the proposals four-to-three. While the committee didn’t completely reject the development, they said that it “failed on a number of significant policy grounds” – it will be discussed again later this month.

For the crowd that had one-and-a-half-mile trek through London, it was the news that they’d been hoping for. Although it’s not over yet, yesterday was a win. 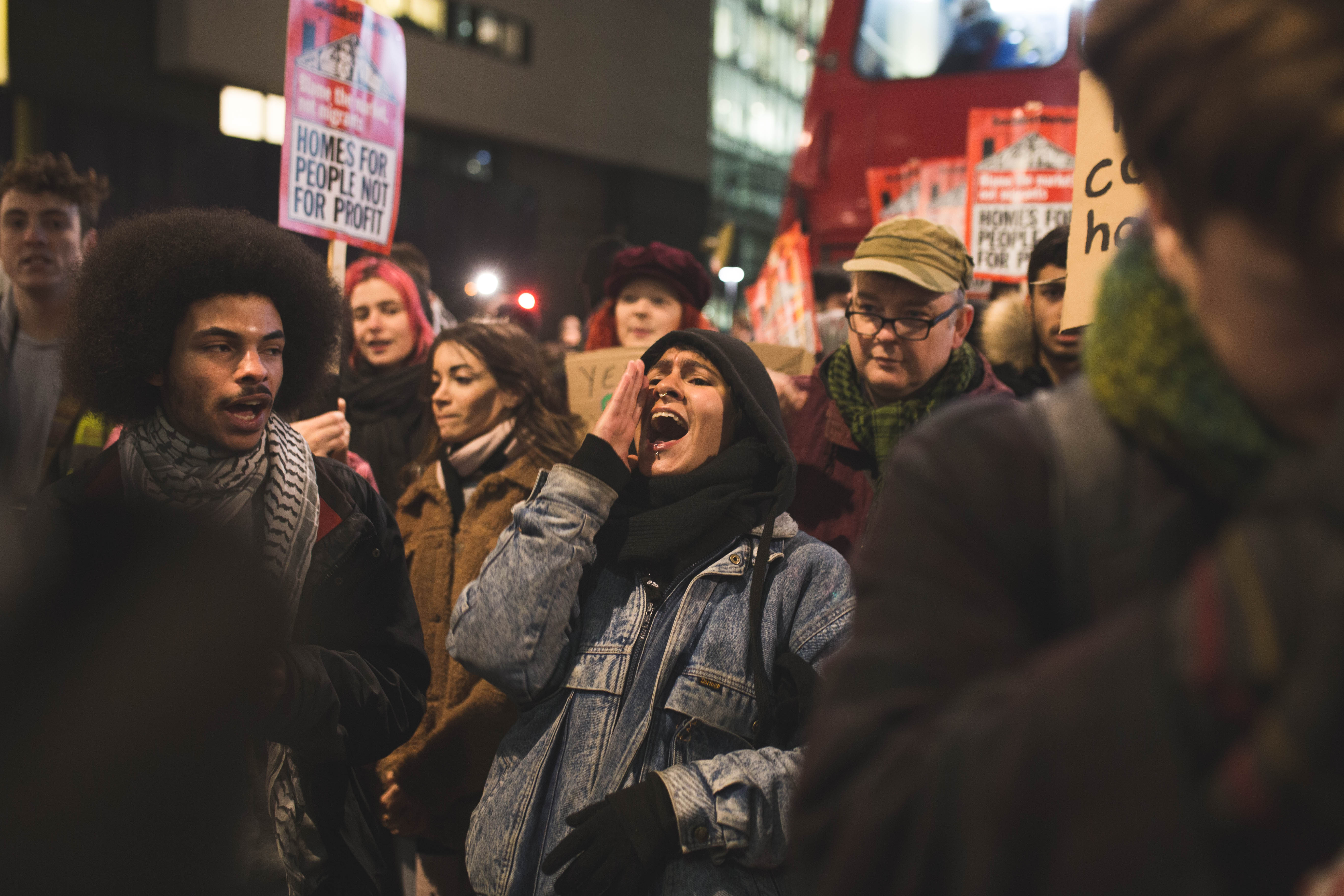 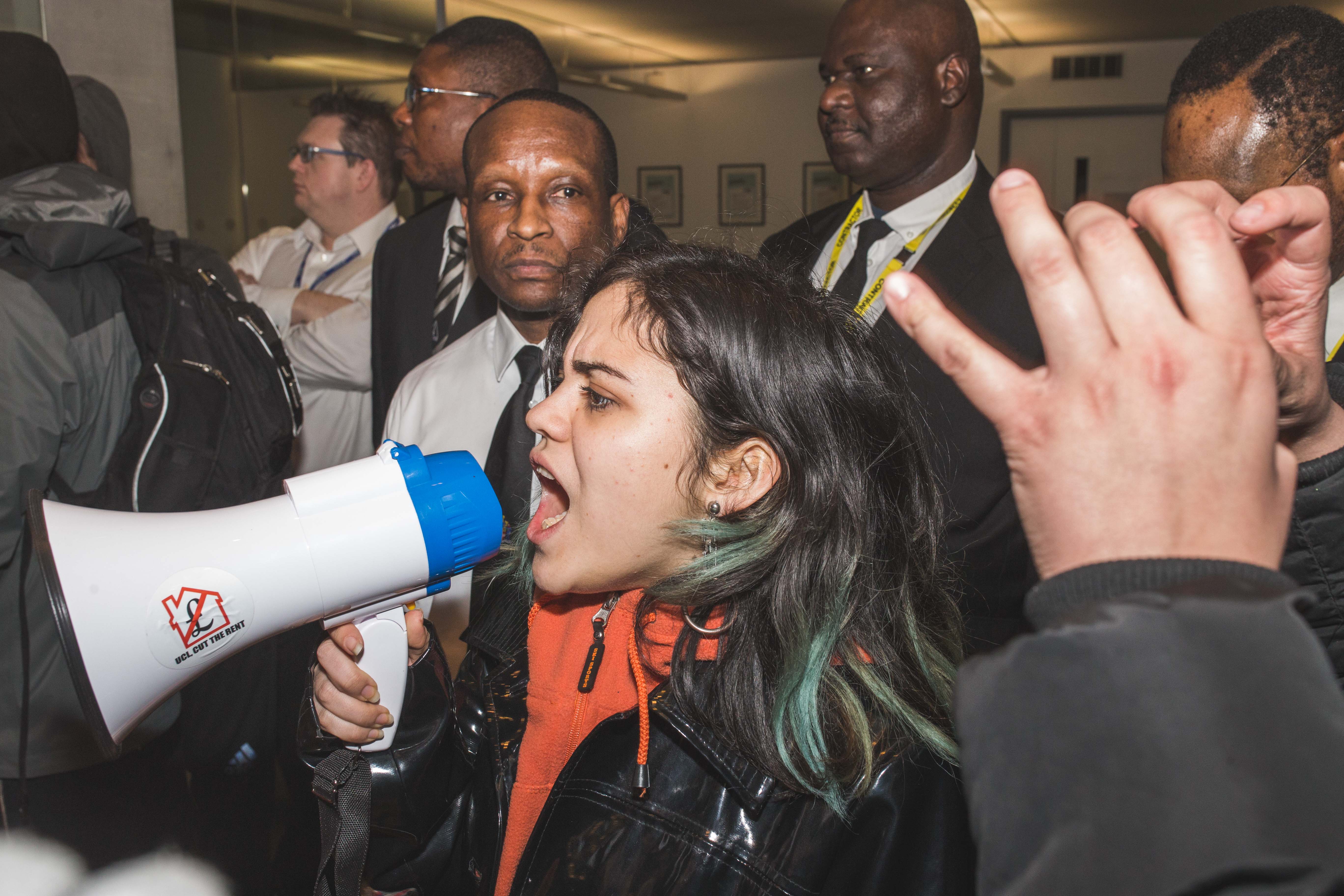 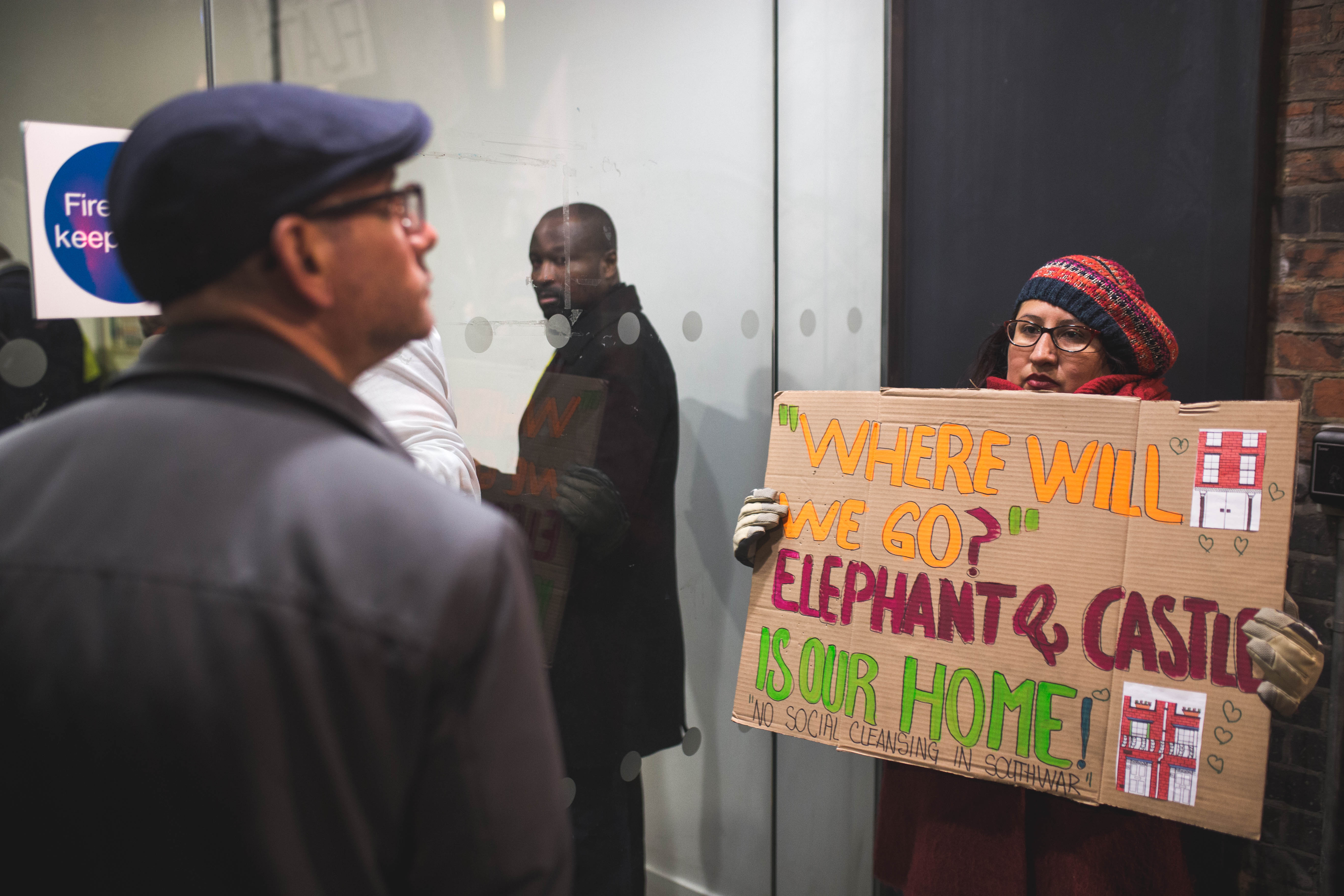 Linkedin
RELATED ARTICLES
OTHER ARTICLES
After rewriting the indie rulebook with her devastating songs about romantic longing, the singer-songwriter is now imagining a future in which the artist is no longer a product.
Ahead of the release of his new album, the producer reflects on his battle with drug use, getting into painting and what Madonna taught him.
Photographer Bud Glick recounts documenting everyday life in the area, and what it taught him about the Chinese immigrant experience.
Photographer Anne-Marie Michel captures the women who through determination and strength are forging their own way in a male-dominated industry.
To mark the premiere of his new documentary on surfing giant Gerry Lopez, the filmmaker and former pro skateboarder sits down to share his unique brand of wisdom.
With the virus now a global health emergency, we must take steps to fight misinformation and demand a swift UK-wide vaccine roll out, writes Phil Samba.