Elisabet Barnes’ grandfather invented the modern compass, but that didn’t prevent her from feeling lost in life. This is the story of her redemption.

Elisabet Barnes’ grandfather invented the modern compass, but that didn’t prevent her from feeling lost in life. Her story of reinvention is the latest in our Huck x Hoka One One series, looking at mavericks who found a new perspective through running.

Finding yourself alone in the middle of a desert at night with not even a mobile phone for company, let alone Google maps for navigation, would leave most of us feeling lost. But for Elisabet Barnes, it was when she finally started to find her way.

Back in London, she’d seemingly had the perfect career as a high-flying management consultant: good money, sweet benefits, strong LinkedIn profile. Yet she felt untethered, struggling to locate an inner compass she so badly needed to point her in the right direction. 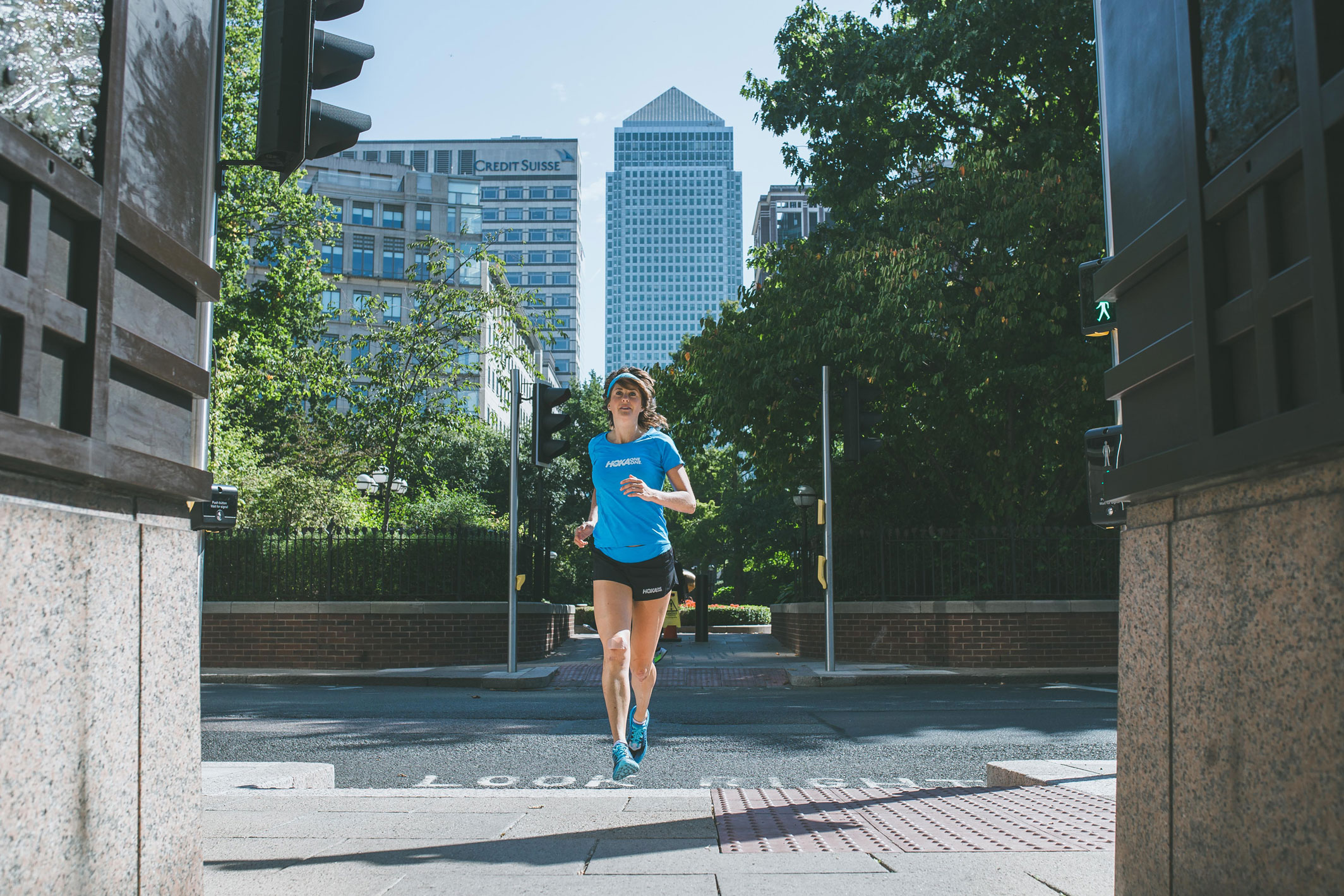 “I was working really long hours,” she says. “My only focus was my next promotion. I was a top performer and had a great career path outlined – but I also felt lost. It wasn’t what I was passionate about, I got into it because it was the right thing to do, an expectation.”

Then her father died suddenly. “He just didn’t wake up one day. He was fit and I thought he had another 20 years in him. Nothing prepares you for that. It was really hard.”

This, coupled with her mother’s Alzheimer’s diagnosis and her husband getting cancer, triggered a change. “It was the wakeup call I needed. I was just working. Life was passing me by. That was the catalyst for everything.” 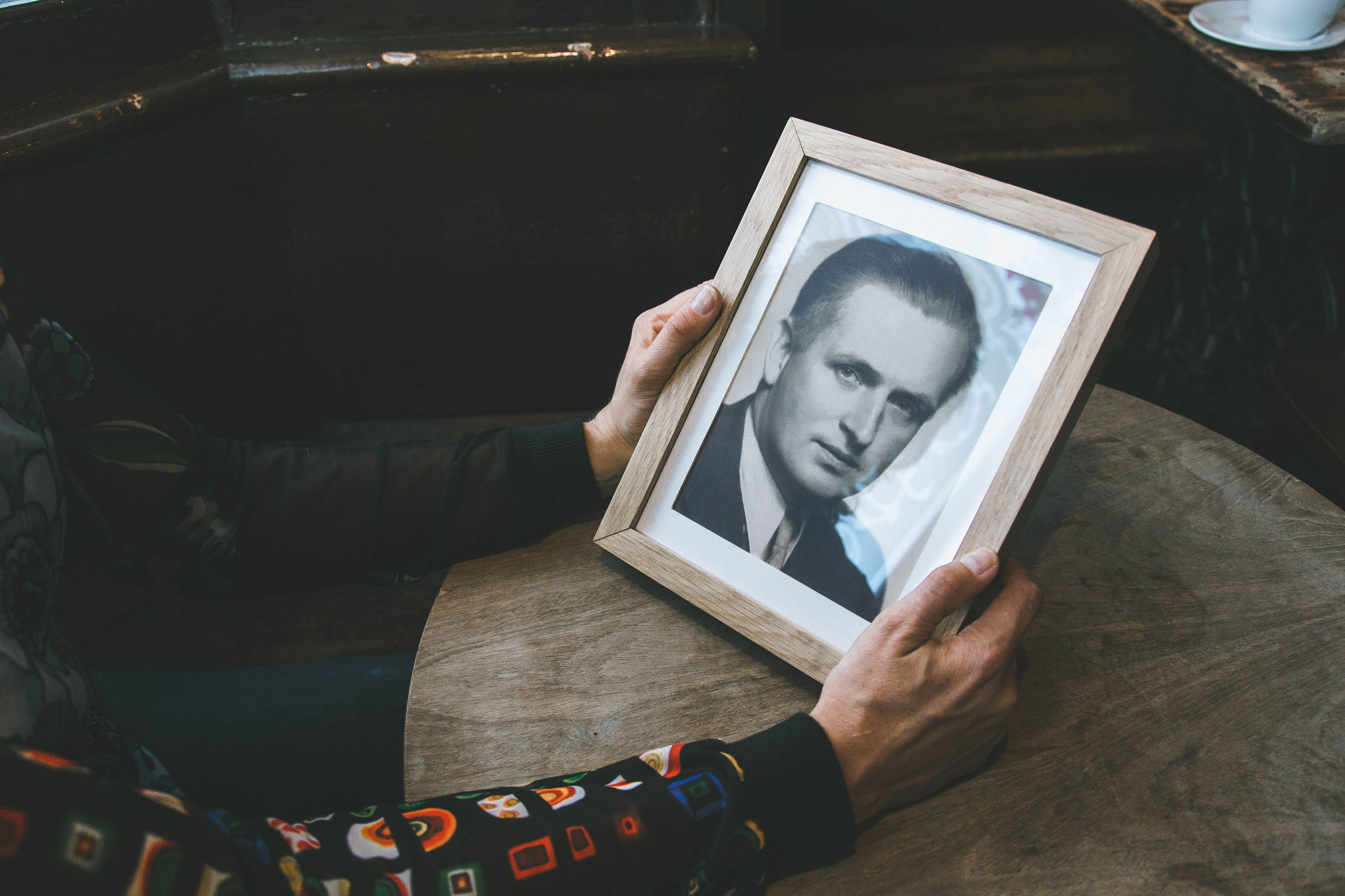 She gave up her city job and entered the Marathon de Sables, an epic, but gruelling, race through the Sahara Desert, where midday temperatures clock around 48 degrees Celsius and the apparently endless dunescapes can disorient and mentally torment even the most focused of competitors.

Yet Elisabet loved it. “I just had a great time in the desert,” she says. “I felt free. The landscape is mesmerising. It’s so vast and arid, yet beautiful, and it makes you feel really tiny. You realise how powerful nature is. For the first time in my life I was doing something I was passionate about.”

She liked it so much she entered it again; she’s now run it four times and actually won it twice. Does the piercing temperature not make it an incredibly inhospitable place to run? “The heat can be tough but it’s also pretty cool to observe the effects of it as the ground gets really hot and you can see mirages or heat shimmer on the horizon,” she says.

But then handling harsh environments and framing that experience in a positive way is pretty much in her DNA. Elisabet comes from a family with world-class orienteering credentials, that is the lo-fi art of racing through unfamiliar terrain using a map and a compass.

Her uncle, Jan Kjellström, introduced the sport to the UK, while her grandfather, Alvar Kjellström, was also a skilled orienteer and cross-country skier. He invented the modern compass, through his company Silva, to help him fare better at those twin passions.

Growing up in Sweden, Elisabet loved ice-skating and cross-country skiing, but as she grew older sport slipped off her radar. “I rebelled quite a lot as a teenager. Rock concerts and partying became more interesting and I fell out of sport and became a bit unfit,” she says. 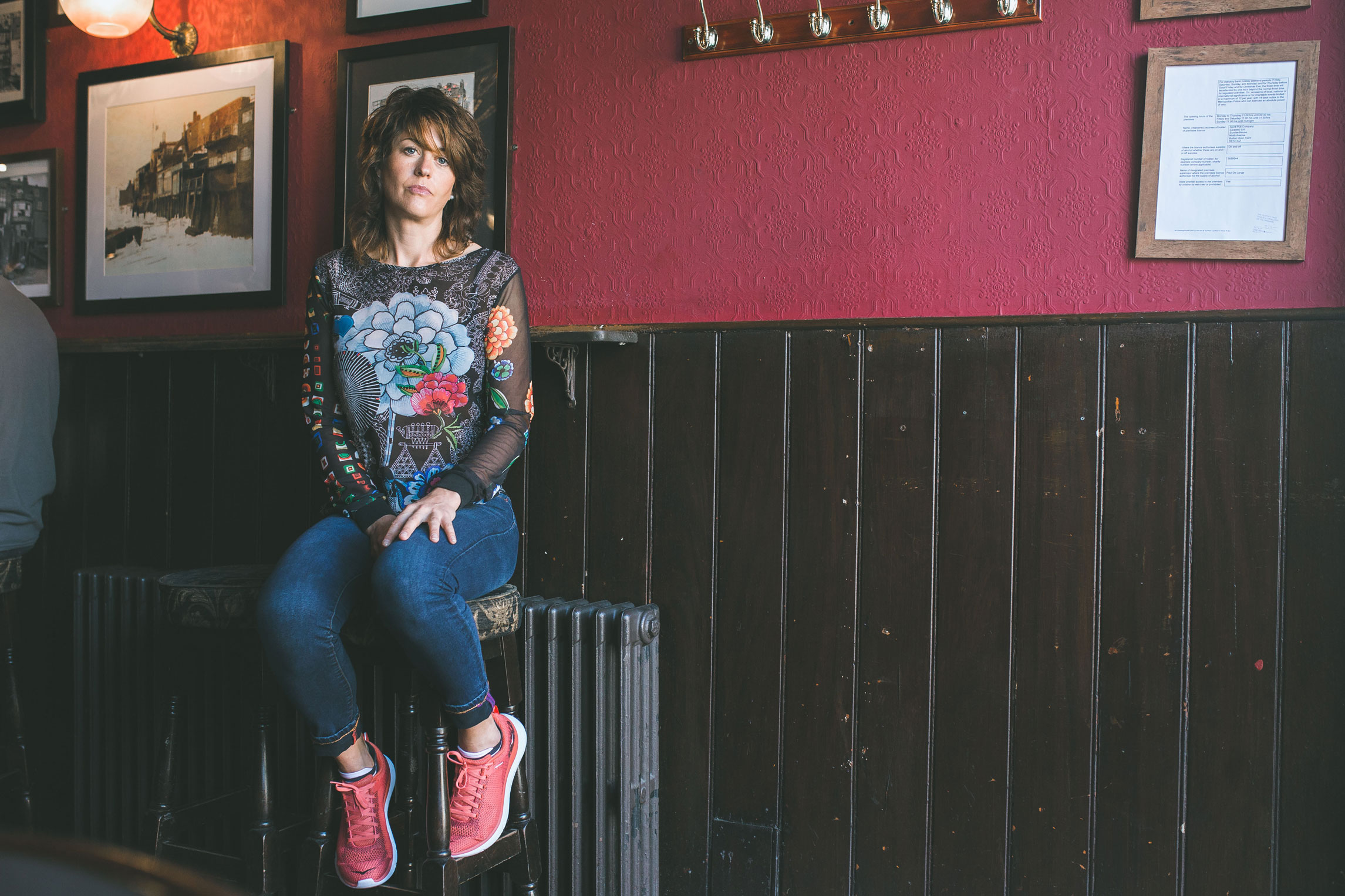 Then at uni, she started running and quite enjoyed it. But after her studies, she fell into a job in a management consultancy, where the hours were long and she had to travel a lot. Soon running fell by the wayside.

“Work really took over,” she says, and she soon found herself living a life which could not have been more different from that of her adventurous forefathers.

But giving up a big money career is a real risk. Did she worry she’d regret it? “I’ve taken a lot of risks to get to where I am – I left a stable career and comfortable life for one that’s more uncertain but definitely more interesting. That’s how I want to live my life. Why would I want to make safe choices and arrive safely at death?”

Instead, she revels in running through deserts in the dark. She says, “The nights are spectacular with black star-filled skies and if you’re lucky, a full moon. Running the night stage is a completely unique experience as I am often on my own during those hours. Just me, my head torch and the stars.”

During the days, she is almost hypnotised by the hostility of the desert wilderness. “I am able to draw a lot of energy from the magical environment, like the intense sun and the vast sand dunes that are almost like a sea.

“It provides a sense of tranquillity, yet has a very powerful energising effect if you let it. I can’t actually explain what happens, but you think the very simple life you lead there. The time for reflection helps you realise things about yourself, good and bad, and act on those.”

“You go back to basics with no shower, no wifi and no phone. You focus on eating, sleeping, running – and surviving. This makes you see things from a different perspective, and realise what’s important in life. Okay, I never have more than three toenails intact, but I also meet some amazing people and get to travel to the most incredible places on the planet.”

Read more Huck x HOKA ONE ONE stories here. If you run, or are thinking about making running part of your life, you can learn more about the innovative SpeedGoat 2 trainers Elisabet wears at hokaoneone.com

Linkedin
RELATED ARTICLES
OTHER ARTICLES
Following the release of his newly republished 1991 book, Redheads, the American photographer reflects on his celebration of ginger people and their magnetic power.
Our new magazine is here, starring the inimitable Mitski. Order your copy now and join us on a trip around the world.
New legislation is set to make it more difficult to hold Israel accountable for its human rights abuses.
Members of the collective share some of their reasons to run as part of #UnitedBySummits, a campaign that looks to uncover transformative power of the outdoors.
The situation in Afghanistan remains dire, with many groups facing persecution at the hands of the Taliban.
The government is scrapping the Human Rights Act in a move that will hit marginalised people hardest.