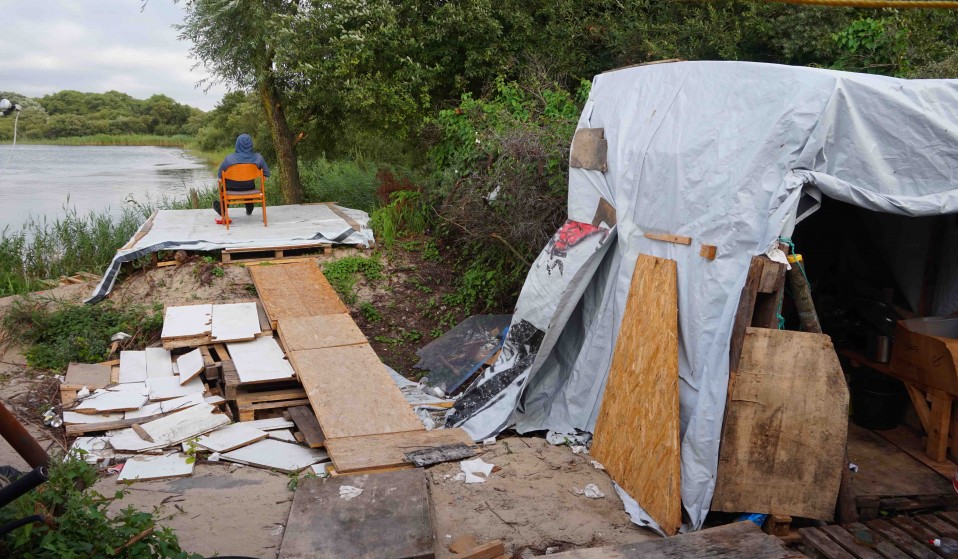 For the thousands of refugees still stuck in a state of flux in the Calais Jungle, stability and security were already hard to come by. Now the camp is facing impending eviction, and with little information coming from the authorities life feels even more delicate.

For the thousands of refugees still stuck in a state of flux in the Calais Jungle, stability and security were already hard to come by. Now the camp is facing impending eviction, but with little information coming from the authorities life feels even more delicate.

“If we had twenty of her one year ago, the population of the camp would have been halved by now,” Rowan Farrell says to me, sighing. Rowan is referring is referring to Suzon, a French lawyer who has given up her job to advise refugees stuck in the Calais migrant camp about their legal rights.

The camp is preparing for a full and final eviction that could start as early as next week. No official notice has been made by the authorities, but it’s been made clear to NGOs that demolition is imminent.

Rowan is the co-founder of the Refugee Info Bus, a project that provides access to technology and information to the residents of the ‘Jungle’, and is explaining to me the importance of accurate and up to date information in a troubled and transient environment.

Suzon is one of many lawyers and legal practitioners who have come to the camp to utilise their expertise in the best way that they can, as with all the volunteers here, there’s a mutual understanding that harnessing whatever skills you have is a necessity. The residents, if that’s a word to describe the situation, are grateful. Where we sit in a makeshift cafe a queue snakes around our chairs, one by one people slip into the chair when the person in front is finished with their questioning.

In the past the Info Bus has provided workshops on the legal rights of displaced people in Europe, the Dublin Convention, Brexit, and the various asylum systems across the continent, but now the conversations are turning towards a more pressing matter: the impending eviction of the camp. 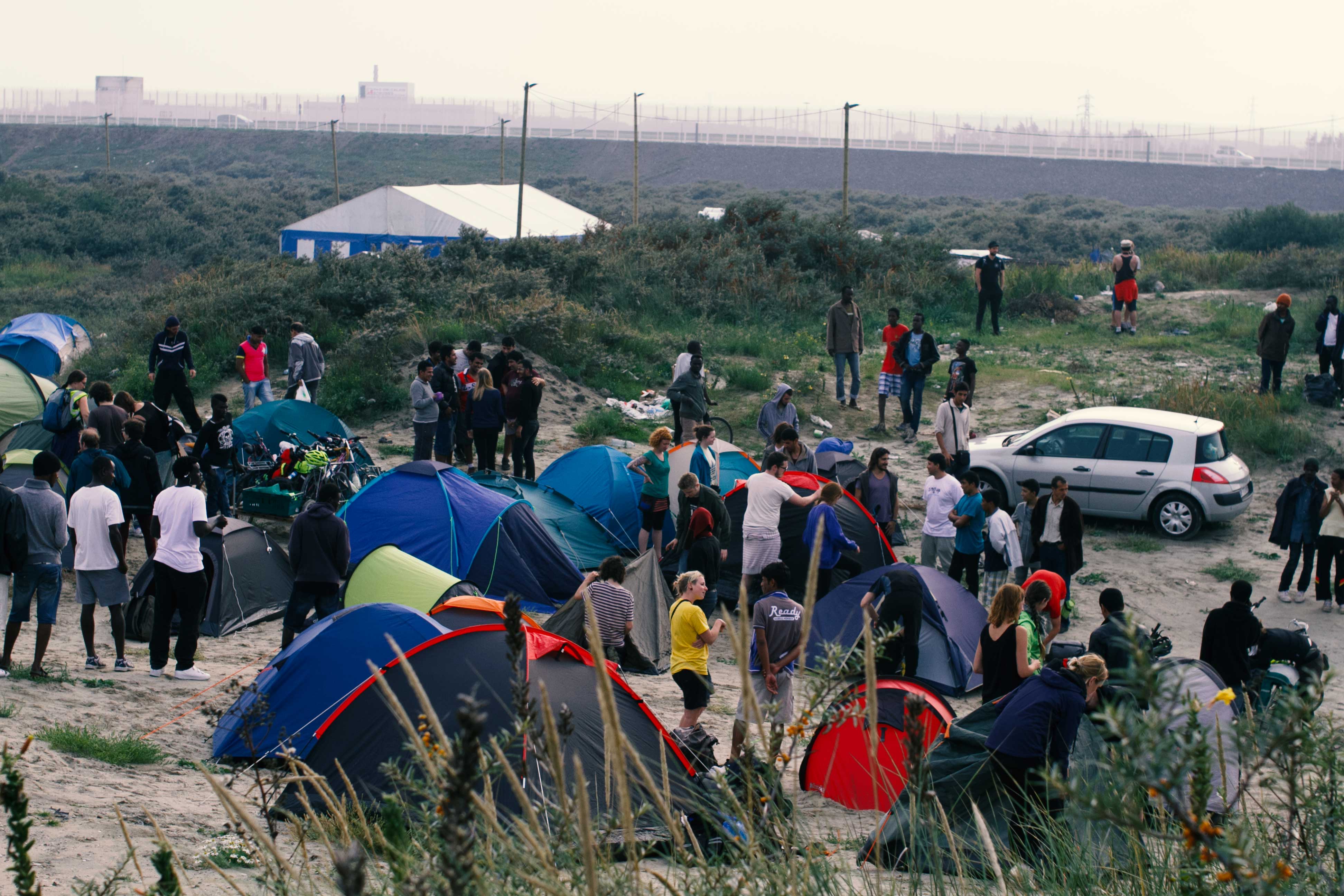 “We try to hold as many workshops as possible, so that we know that we have reached as many people as we can”, one volunteer from the legal shelter tells me. This is the crux of the problem: information can only be given out on a person to person basis, and there is a danger of rumours distorting what little facts the NGOs have.

The Refugee Info Bus is one of several projects attempting to address this issue. Help Refugees are distributing documents in English, French, Pashtu and Arabic that contain information about the evictions and how refugees can prepare for them. Bold letters warn the reader that ‘THESE DETAILS COULD CHANGE’, and the whole camp seems to be aware that no one has access to the full story.

Speculation is rife within the camp and the volunteer networks. The authorities have mentioned that evictions will begin on 17 October 2016, but the Calais prefecture has since denied such claims. “The date is not yet known. It will begin in the coming weeks. The agencies are still in the process of providing shelter. The objective is that the demolition will be finished before the start of winter so these people are not left in this miserable camp this winter,” officials say. In short, we’re all left guessing.

The French state has not sent representatives to clarify the situation to the residents of the camp, nor to the NGOs working to support them. “They haven’t pinned a notice up and no one has told us officially what is going on”, Rowan says.

It turns out that the first inkling that there were to be evictions back in February came by chance from a local refuse worker collecting waste in a now demolished section of the camp. That eviction saw 3,000 refugees forced out of their shelters.

This time, there are 10,000 people who will be once again made shelterless. 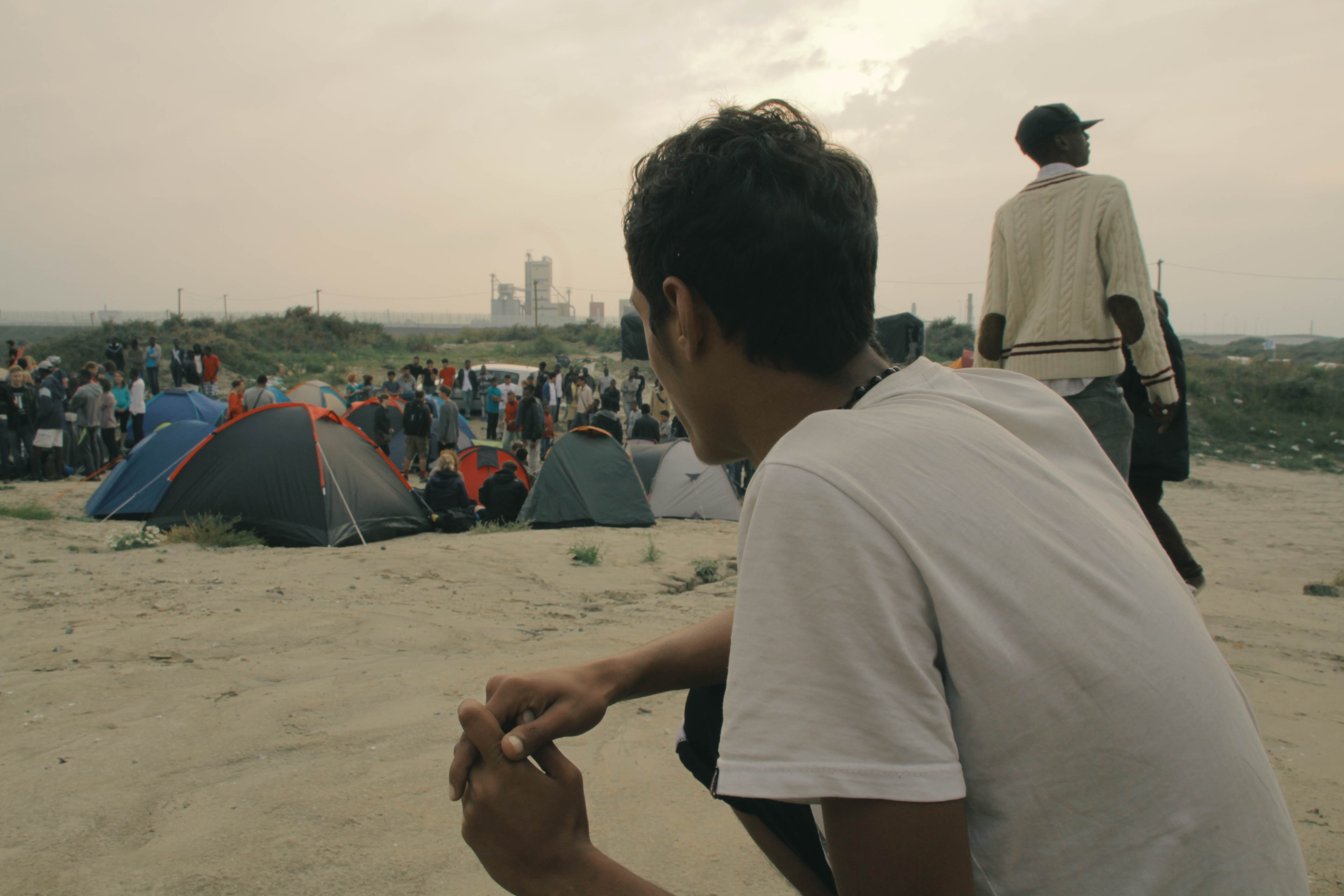 The lack of concrete facts makes it impossible to plan for the future. On a daily basis, Suzon deals with a frenzy of questions about where to claim asylum and in which direction journeys should continue. Smuggling prices have gone up – should asylum be claimed in France?

Uncertainty is reflected in the faces of everyone in the camp. Sifat and Nazif are two Afghan men, who have both claimed asylum in France. They are unclear of the details of the evictions but seem certain about one thing: “We just know about how they want to destroy the Jungle. They want to finish the Jungle on the seventeenth of this month.”

The following information is what we do know, and what has been provided to refugees across the camp: the French government will evict the Calais ‘Jungle’. This will happen by the end of the year at the latest, but probably very soon. The French government has promised to make enough space in accommodation centres (CAO) for all Jungle residents who want to go. Tenuous facts have been passed from the authorities to NGOs, which have then been passed to refugees. There has been no attempt to impart information directly to the camp by the French state. Information is being doled out individually, and the opportunity for facts to become distorted and misconstrued is all too real.

Memories of the previous evictions in February are also raw. The demolition of the south side of the camp was violent. Everyone remembers the tear gas, rubber bullets and fire. This time, however, the authorities are bound to provide transport to the shelter accommodations that are spread throughout Northern France and Paris, but the buses haven’t arrived yet and people are unsure if there is a plan. “When they destroy the Jungle, there will be a lot of problems”, Nazif tells me, audibly worried, “but we do not know how or when this will be.”

How can a population of 10,000 people prepare for an exodus if they do not know the date? For so many, whose lives are already in a state of flux, it feels like their struggle is no closer to ending.

Reddit
RELATED ARTICLES
OTHER ARTICLES
The Wing is an exclusive members club that promises to help women ‘thrive’ and ‘connect’ with each other. It seems like they’re wildly missing the point.
When limiting our thinking to what’s ‘sensible‘, we play right into the hands of those upholding the status quo. A better future is possible – we just have to dream bigger.
A new exhibition celebrates the art, lives and love affair of the revolutionary artist couple.
This week, protestors have been taking a stand against inequality, corruption and soaring living costs. We join them on the streets as they fight for a fairer future.
Two decades on, photographer Mike Schreiber unearths his archive from the festival, revealing a portrait of Gen X at its worst.
Dana Kyndrová’s portraits chronicle the highs and lows of life in former Czechoslovakia, from Communist rule to the Velvet revolution.