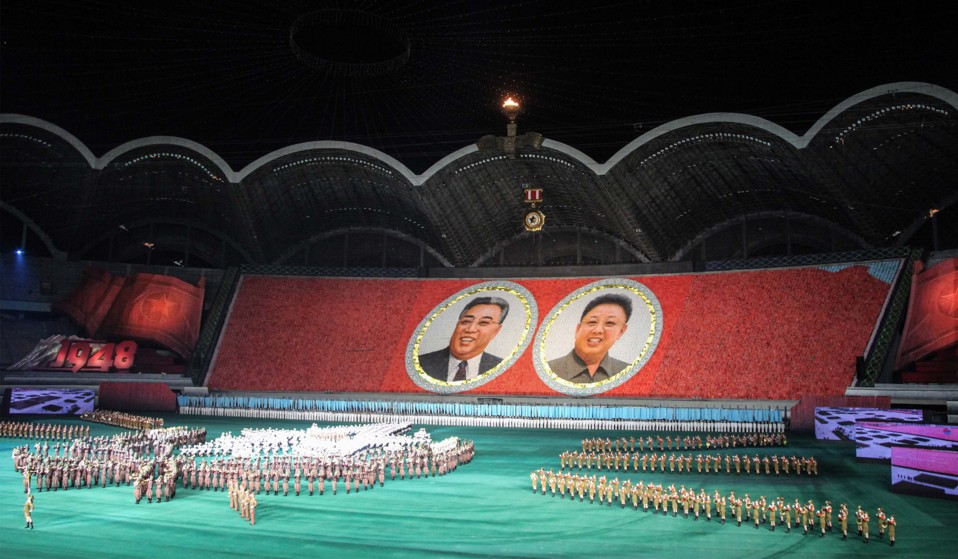 This weekend North Korea will see the ruling Workers' Party of Korea's Seventh Congress - the first event of its kind for over 30 years. There'll be parading soldiers and crowds galore, but there's a lot going on beneath the surface. We asked an expert what it all means.

We don’t know much about what happens in the secretive state of North Korea, but this Friday there’s an event kicking off that Kim Jong Un definitely wants you to know about. For the first time in over 30 years, the ruling (and only) political party in North Korea, the Workers’ Party of Korea, will be holding its seventh Congress – and all eyes will be watching Pyongyang.

Big meetings like this were commonplace amongst the communist party states – China and Russia would hold them every five or six years – plans for the economy would be announced, as would any changes in the leadership within the party. North Korea hasn’t seen one for since 1980, during the premiership of Kim Il Sung.

Born in London, Paul French is a leading expert on North Korea, having lived and worked in Shanghai for many years. He has been a regular visitor to North Korea since the early 2000s, and has authored books on the regime. We caught up with him to find out what exactly is going down this weekend, and what to watch out for.

What’s going to happen at this congress? What are we looking out for?

We expect all the leadership of the party and the army to be there, which will mean a lot of people in uniform, plenty of medals, ceremonies, parades, people crying and waving flowers. It’s a show of strength.

There’ll be a lot of Kim Jong Un waving from balconies, whether they will fire a missile to remind us all that they’ve got a big weapon remains to be seen. If there is any political business to be done, it will have been done already. It won’t happen in front of the public – any disagreements and political jockeying for position will have occurred already behind the scenes. We will look at a line of people and think, who is that new guy? What happened to the bloke that used to do his job?

For those of us that follow the country really closely, we will look for any visible changes. We’re looking to see, as they have hinted at for some time, whether they will announce any economic reforms and move down the road of China, which is a one party state, but has marketised much of its economy and accentuated contact with the outside world. 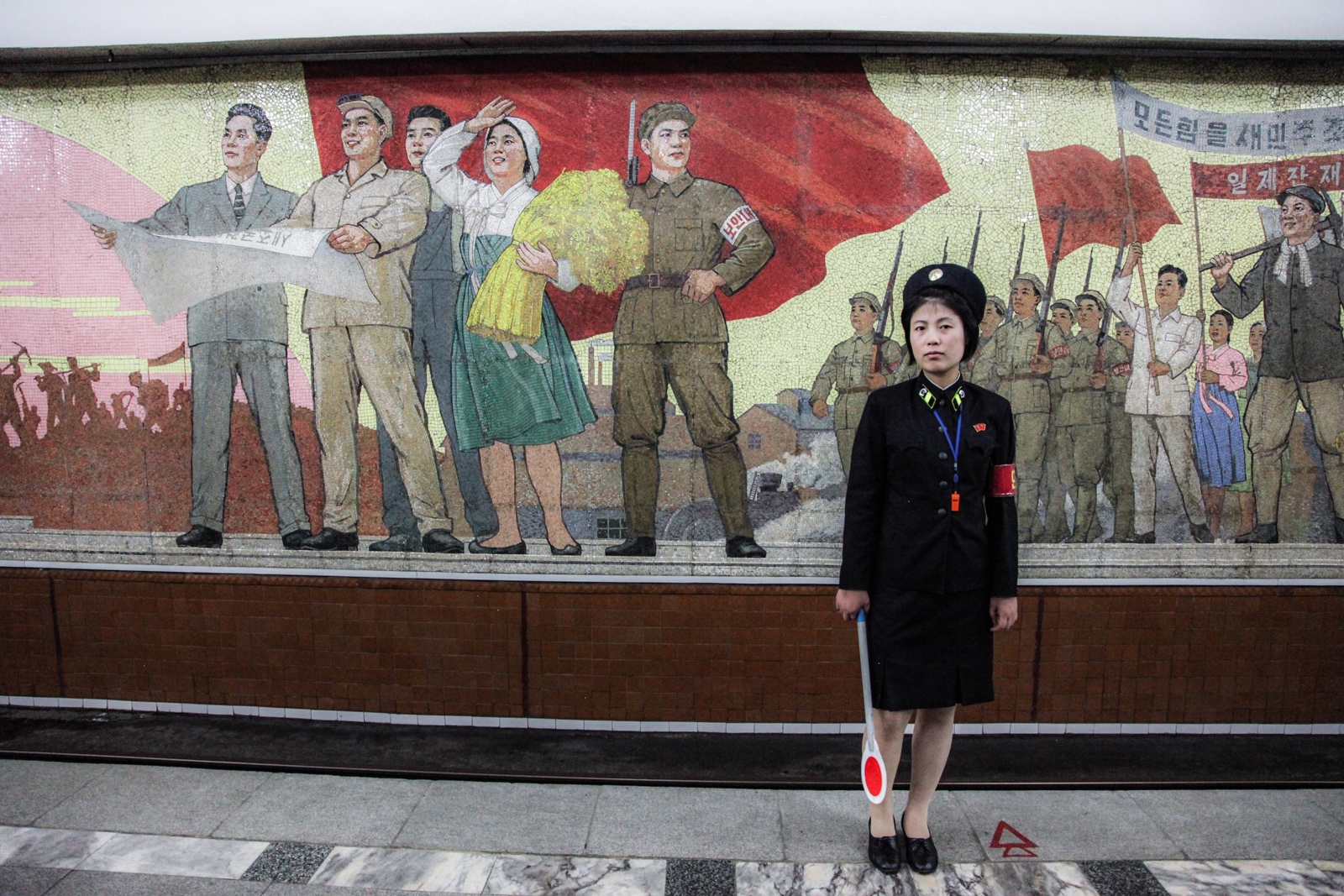 Why is this congress happening now?

When Kim Jong Il took over as leader it was expected – a handover from father to son. Everyone knew that the leadership would stay within the Kim family clan and it would become the first communist monarchy. The succession was a lot less clear when Kim Jong Il died unexpectedly in 2011.

There were three brothers, but two of them were reprobates: one was arrested en route to Japan using a fake Costa Rican passport to try and visit Disneyland Tokyo, the other hasn’t been spotted much since his brother took over, but used to be seen gambling in the casinos of Macau, China.

So Kim Jong Un takes over, but he’s young, not yet married (he is now), and he hasn’t had any kids (that we know about!). There was a lot of negotiation within the party and with the army, which is very powerful in Korea. The Kim Clan managed to keep control of the party, the army and the country, but it wasn’t always a given.

Kim Il Sung was the liberator of the country from the Japanese at the end of the second world war, and Kim Jong Il was his son. The current leader – Kim Jong Un was seen by many when he became leader as just some young guy, and there was a lot of purging within the ranks of the party, and backroom negotiations.

This is really his coronation, cementing his leadership, it’s him saying “I’m in control, we are in control, don’t think anything is going to change yet.”

And does this congress have anything to do with Kim Jong Un’s relationship with the army?

Certainly, there’s been an ongoing battle to make sure there isn’t a coup against the Kim Clan, which would most likely come from factions within the armed forces.

Kim Jong Un has declared himself leader of North Korea, unchallenged, and he’s cementing that control.

The nuclear tests have been happening lately are a tool with which he can keep control of the army.

The army could otherwise say that they are the only guarantors of the security of the country, right, otherwise South Korea, who have 38,000 GIs will invade, and the only thing that stops that is the army, the 1 million man army, which for a 24 million person country, per capita that is a very big army right, not necessarily that well equipped. We know their pilots don’t spend much time in the air, and their navy doesn’t leave port very often.

Nuclear weapons and missiles, although weaponry of the army, are only available for the leader – it’s his finger on the trigger.

So if you say, look, to an extent, nuclear weapons make an army redundant, then the role of the army becomes less important because the only person with his finger on the trigger is Kim Jong Un, he, himself,  becomes the guarantor of the security of the country, as well as the ideological guide, and the figure head with a cult of personality around him. So the army just have to get back in to their box, or so he’ll hope.

So Kim Jong Un is pretty secure in his premiership?

He’s not going anywhere, the Kim family is in control. Saying that, Kim Jong Un is human. It is possible that he might fall under a bus, or get cancer. Then who would taker over?

There is not democratic process, no person in waiting. There are generals, but they are all pretty old. Another person to look out for this weekend therefore is Kim Jong Un’s sister – 28-year-old Kim Jo Yung.

We know she runs the propaganda department, and her picture has appeared several times, so we are expecting she might make an appearance.

It’s the Kim’s making clear that despite Kim Jong Un not having children, and even if he has them now they wouldn’t be able to take control for a long time, that the Clan are sticking around.

The sister has to be seen as a likely future leader – she’s already deeply involved in the regime and the party. She could potentially be the next ruler of the worlds most ruthless rogue state. And when was the last time that happened? The Soviet Union, communist China, when it was really communist, Cuba? They never had a women leader.

It’s definitely a show of strength to North Korean people, but what exactly they think is impossible to tell. There’s an Orwellian environment, people don’t express how they feel. 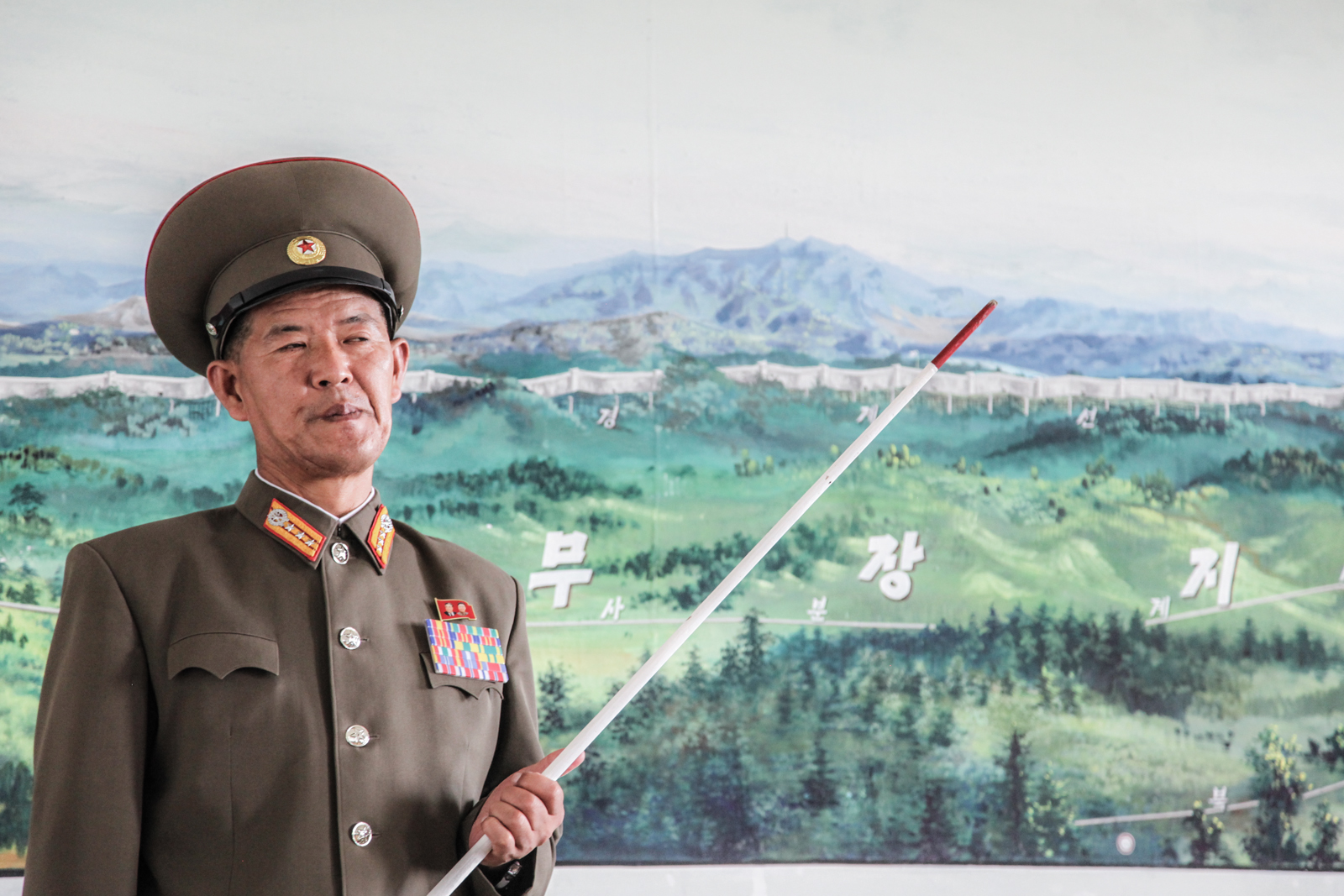 This congress part of North Korea’s propaganda war, but is it just aimed at North Korean’s or the rest of the world too?

I think they would like to send a message to America, and to a lesser extent South Korea, Japan and China, to let them know that the Party under Kim Jong Un is in control, that they won’t give in to South Korea, and Japan can’t take them on. I mean, Japan doesn’t want to do this, but part of the line from the North Korean state is that this could happen if the regime were to change and the country appear weak.

Mostly they want to say to America, take us seriously. The way that this regime survives is on a drip feed of international aid, and they need the world’s attention for that to continue. They rely on the rest of the world, particularly China, to send them food, energy in one form or the other, medicines, clothes, fertilisers and more. It is aid that keeps the lights on, people fed and hospitals operating despite the rhetoric of self-reliance that comes from Pyongyang.

It’s been a tough few years for North Korea, because the world’s attention has been elsewhere. We’ve all been in a rather dodgy situation economically so there’s not a lot of money to go around. But also Europe’s attention is on Syria and the refugee crisis that affects us more directly, and it seems that we care about this more, as we’re more immediately connected with it. They’ll be hoping that a combination of this Congress and their continued nuclear tests will get attention back on North Korea.

Paul French is the author of Our Supreme Leader: The Making of Kim Jong-un and North Korea: State of Paranoia, both published by Zed Books. You can keep track of him on Twitter.

Linkedin
RELATED ARTICLES
OTHER ARTICLES
AI companies that develop image-generators using copyrighted artwork from the internet are coming under fire from artists who say that it amounts to theft.
A recent High Court ruling against the right to wild camp in Dartmoor National Park sparked the largest land protest in history – and campaigners say their fight is not over yet.
A new law change is enabling Britain’s donor-conceived children to know the truth about their origins – but campaigners say the fertility industry must do more to protect people.
After building his reputation covering the US civil rights movement in the 1960s, the photographer went on to produce some of the most enduring images of the past century.
Following the release of his debut single, Deyaz talks battling addiction, dealing with his struggles through music, and building a budding music career from his living room.
A new film from Berghaus traces the story of Adam Raja, who left behind a turbulent upbringing to discover the healing power of climbing.