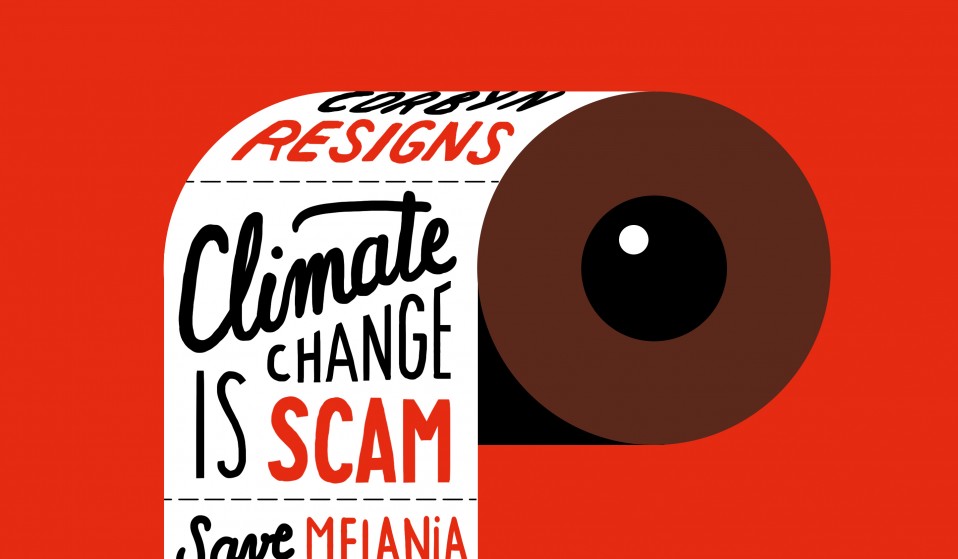 From fake news to alternative facts, knowing who or what to believe in the media is harder than ever.

If you listen to Donald Trump, everything in the media these days is fake news and barefaced lying. The reality is far more nuanced, but understanding the state of journalism in 2017 is key to ensuring the media can continue to hold those in power to account.

I thought of this last week when it was reported that Wikipedia editors had voted to rule out the Daily Mail as a source in “all but exceptional circumstances”, citing the Mail’s “reputation for poor fact checking and sensationalism” while branding the news group “generally unreliable”. It was another talking point in the ongoing debate about “fake news”, a term that should simply refer to stories or elements of stories that are fabricated, but which has been used by everyone from Donald Trump to Bashar al-Assad to describe journalism they simply don’t agree with.

This debate has moved from hoax news stories cooked up by Macedonian teenagers for furious Americans to share on Facebook, to encompass the constant citing of unnamed sources, heavily slanted reporting, post-modernism and the concept of truth itself.

Even the reporting of the “ban” contained dubious elements. When I contacted a spokesperson for the Wikimedia Foundation, they told me that this “is not a blanket ban, but a general statement from volunteer editors on the reliability of the source for use on English Wikipedia,” adding that while the consensus was that the Mail is not a reliable source, a number of Wikipedia’s volunteer editors had defended the paper.

The well-respected journalist and Daily Mail columnist Peter Oborne hit back, telling me that the “Daily Mail is incomparably more reliable than Wikipedia. Indeed, Mail journalists have been banned from using Wikipedia as a sole source for the last three years. This classification is a stunt.” Oborne, who has worked in Fleet Street for 25 years, added that he had “never written for a paper which is more scrupulous about its sources… Accuracy is paramount.”

Employees of both the Daily Mail newspaper and the MailOnline point out that the two operations are essentially separate. MailOnline reporters are, for the most part, shift workers recycling stories from elsewhere. “If by sourcing you mean ripping wholesale a story by CNN, the New York Times or Russia Today and assuming they’ve checked their own facts then yes, the MailOnline totally sources it’s material,” one former reporter said, when I asked about the sourcing and fact-checking process.

Time and the economics of online journalism are vital factors here: reporters are expected to churn out six to eight stories a day. The more stories there are – and the more sensational they are – the more clicks they get. This doesn’t make the Mail a publisher of “fake news” – although the showbiz desks of tabloid newspapers have long been known to make up stories – but it does make it a publisher (along with many, many other outlets) of barely edited, unoriginal work. This isn’t to blame the journalists, many of whom are decent; finding full-time work in the field is tough, and getting trapped in a role is far from uncommon.

I’m told that the MailOnline’s operation is changing, that they are putting more money into sending reporters out into the field and that they are competing with the newspaper for scoops. In both operations, the fear flows from the senior editors down and contributes to an atmosphere, long prevalent on parts of Fleet Street, in which reporters feel under extraordinary pressure to produce stories, whether they are any good or not. Junior staff members are screamed at, tantrums lead to desktop computers being hurled against the wall, and everyone not keeping up with the madness becomes a “cunt”.

The Mail’s ideology is hard-wired into it as well. You can accept Peter Oborne’s defence of the paper’s sourcing and standards while also pointing out that it aggressively panders to the prejudices and assumptions of its readers and, in case after case, enflames and ghoulishly distorts those feelings. None of this is new. Nor is fake news. In a recent essay, Robert Darnton details a history of “fake news”, from smears aimed at the Emperor Justinian, to sonnets aimed at spreading false information at the rivals of the Medici. He writes about the original bullies of Fleet Street – 18th century clergyman who ran newspapers that produced material that, on the whole, bore only a passing resemblance to the truth.

Political scores and personal vendettas have long been settled in print, with the concocting of fictions part of the battle. Thanks to the internet, there is more information available to journalists than ever before. That information can be utilised quickly to get stories out, to satisfy media organisations and their voracious, revenue-driven need for content. But as the Guardian reporter Ian Cobain tells me, it is harder today to work out what information is reliable than it was when he started.

“It is easier to create and disseminate data today than it was when we received information only on printed paper or over the airwaves. It is also easier to amplify any messages that you wish to disseminate,” he says. “So the bullshit detector needs to be well maintained, and kept switched on”. Or, as the investigative journalist David Leigh puts it to me, anonymously created information can be easily disseminated and, “junk looks the same visually as real news”.

That junk news, of course, is spread far and wide on websites like Facebook and, sometimes, Wikipedia. Facebook says it takes “hoax news” seriously, and points out that it is taking measures to tackle it in France, Germany and the United States. Users will apparently be able to flag up dubious material more easily and the company has signed up to a programme to work with third-party fact checking organisations that are signatories of Poynter’s International Fact Checking Code of Principles. Facebook will not say yet who those organisations are.

One point of similarity in communications with Facebook and the Wikimedia foundation stood out: among Wikipedia’s many policies and guidelines, there is a policy to ignore all rules. “If a rule prevents you from improving or maintaining Wikipedia, ignore it.” Wikimedia’s spokesperson said that this rule “captured the open spirit of the community.” Facebook, similarly, does not want to stand in the way of people’s self-expression. In Silicon Valley, facilitating the flow of bad takes, half-truths and fake news is a profitable business.

This is something that governments are getting in on. “Governments are using fake news to influence legitimate journalism, and also to fill the voids that are created as a consequence of the under-funding of journalism, and the difficulties that journalists have in reporting from particular locations,” says Ian Cobain. This deception can be hard to spot. The British government is at it. Cobain points to a communications company, “working under contract to the Office of Security and Counter-Terrorism,” which created what appeared to be a PR firm.

This PR firm then persuaded journalists – who had no idea who they were dealing with – “to produce stories about Muslim organisations’ activities…” This kind of propaganda is, Cobain says, something the British government “believes it is very good at – officials boast privately that they’re working at ‘industrial pace and scale.’”

Across the world, false entities push agendas and create confusion. This sounds like a conspiracy but the British government believes it is fighting an ideological war with groups like Isis, and instead of addressing the root causes that might lead British men and women to join extremist groups, it looks underground to provide the band aid or the CBT that will turn them back into the cold arms of Britannia.

Almost three decades ago, in Manufacturing Consent, Edward S. Herman and Noam Chomsky argued that the American news media was heavily influenced by, “market forces, internalised assumptions, and self-censorship.” These can all, of course, be seen in the media we have today. Fake news of the type produced by Macedonians for the delight of Donald Trump fans, is a consequence of market forces in that a world run on profit and formed by the rapacious desires of global capital is a world in which the best money-making option for teenagers across large swathes of the world is cooking up entertaining lies that will bring clicks.

Social and economic structures that provide decent employment have been weakened or simply don’t exist. Why should teenagers in the Balkans care about the America’s precious democracy when they have so few options, when their route to economic security lies not in decently-rewarded work that benefits their community and the world at large, but in using platforms developed in Silicon Valley to scam voters in the land of the free?

Similarly, economic circumstances mean that there is less time for journalists to check their sources and check their facts, and there is more pressure on them to produce stories that will bring revenue at whatever cost. In such circumstances, half-truths prosper and the social good is forgotten. Good journalists produce bad work because the conditions for good work aren’t there. Internalised assumptions and entrenched ideology fight against journalism that is challenging or even fair. In the end, it all comes at us so fast that we are left feeling assailed on all sides.

The answer to this is not to squeal, “fake news” at every story you don’t like. The answer is too big, really. Good journalism is still out there. There’s more of it, even. But there’s more of everything. Journalists have to find people they trust and they have to use better judgement. But they also need more time to pursue stories that are truly revealing and to place our world in its proper context. A system that demands more for less is unlikely to provide that.

Linkedin
RELATED ARTICLES
OTHER ARTICLES
After being subject to racism growing up, Kavi Pujara’s photo series allowed him to reconnect with and reimagine his hometown.
A new exhibition brings together 150 works by twelve photographers, offering mesmerising and intimate depictions of life.
The photographer reflects on a decade which saw the rise of MTV and the flourishing of new genres.
A centuries-old tradition is offering families a way to honour the deceased, reports Arbab Ali.
A new photo series documents tribes preserving the environment through simple, sustainable practices in central Asia.
Planet Ardbeg is a 40-page sci-fi anthology created by three cutting-edge artists.