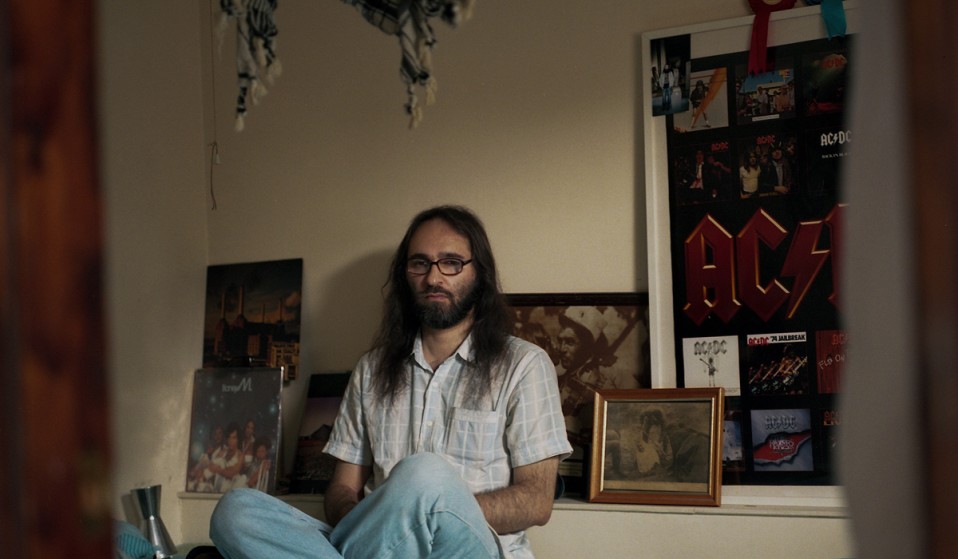 Majid Golshani fled Iran following his conversion to the Bahá’í faith, which could be punishable by death.

Majid Golshani fled Iran following his conversion to the Bahá’í faith, which could be punishable by death. Settling in the UK, Majid's life remains in flux, legally unable to work but desperate for a sense of purpose. As part of our Refugee Stories series, Majid talks of his continued hopes for a better life.

Apostasy – renouncing a religious faith – is a crime punishable by death in Iran. While this occurs unofficially, the Iranian government has declared it wants to make capital punishment for the crime a part of its penal code. When muslim-born Majid discovered the Bahá’í faith he faced persecution and potentially death in his homeland. He fled to the UK where he sought religious freedom, yet has been refused refugee status four times. Having lived in limbo as an outsider with virtually no rights since 2004, Majid could not see a way out and tried to end his life last year. With thanks to Ruth Appleton of Santé Refugee Mental Health Access Project, Majid now has temporary shelter and a weekly food voucher, but his future is still uncertain.

“A friend of a friend introduced me to the Bahá’í faith. It was both an enlightening and scary discovery. Developed around 160 years ago, it is a religion that instills in its followers a belief in equality between sexes, no borders and an international language for the whole world. I believed in everything that this new doctrine preached and started attending meetings. Around half a million people have been following this religion since 1979, the year Iran became an Islamic republic. Many followers emigrated, others were not so lucky and were killed by the government. 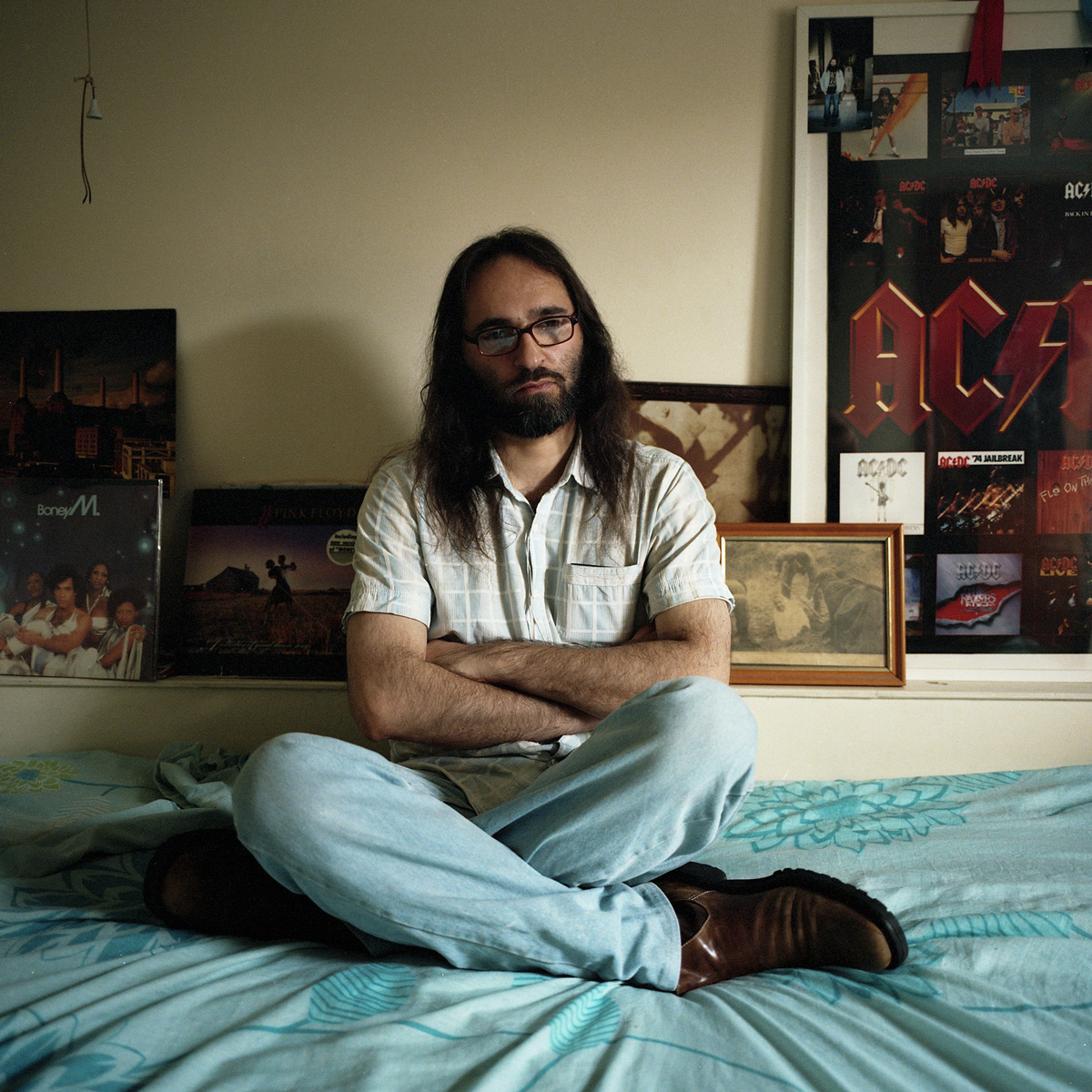 “I was born a Muslim in Tehran. I was aware of the penalties for converting from Islam from a young age, and yet desperately craved religious freedom. My parents had already passed away, the future seemed uncertain and perhaps my life was at risk. I certainly didn’t want to live in secret for the rest of my life. I decided to leave my old family home for Ireland. I had dreamed about that green land of the free for quite some time. After crossing the Iranian border at night, I hitched a lift in a lorry across Turkey, changing lorries a couple of times until I reached France after about six days. There, I hid in the back of a lorry headed for Dublin. In Birmingham my plan was sabotaged when the driver discovered me and called the police.

“I eventually appeared in court and appealed for refugee status. I didn’t speak English so I was provided a Persian interpreter. My application was refused on the grounds that I was not officially a convert to the Baha’i faith, so I should have just returned to Iran to continue living a lie or hoping that no one reported me for my religious deviances. Had I returned to Iran I would have at the very least been imprisoned for leaving the country and attempting to claim refugee status abroad; it was impossible. I have since reapplied three times, each attempt has been rejected.

“I have been living without certainty since 2004. Initially I was homeless. The home office can put us in detention centres, but this is expensive. They prefer to leave us in the streets. I slept on buses, worked long hours in miserable conditions to get cash-in-hand just to eat, and felt really depressed. I couldn’t even legally do the most menial job imaginable – I didn’t have that right. Utterly desperate, I attempted to take my own life. Ruth Appleton’s Camden-based Santé project helped me get English lessons, counselling and support from the local council. I now receive a weekly food voucher and live in a homeless shelter. That little stability has helped. 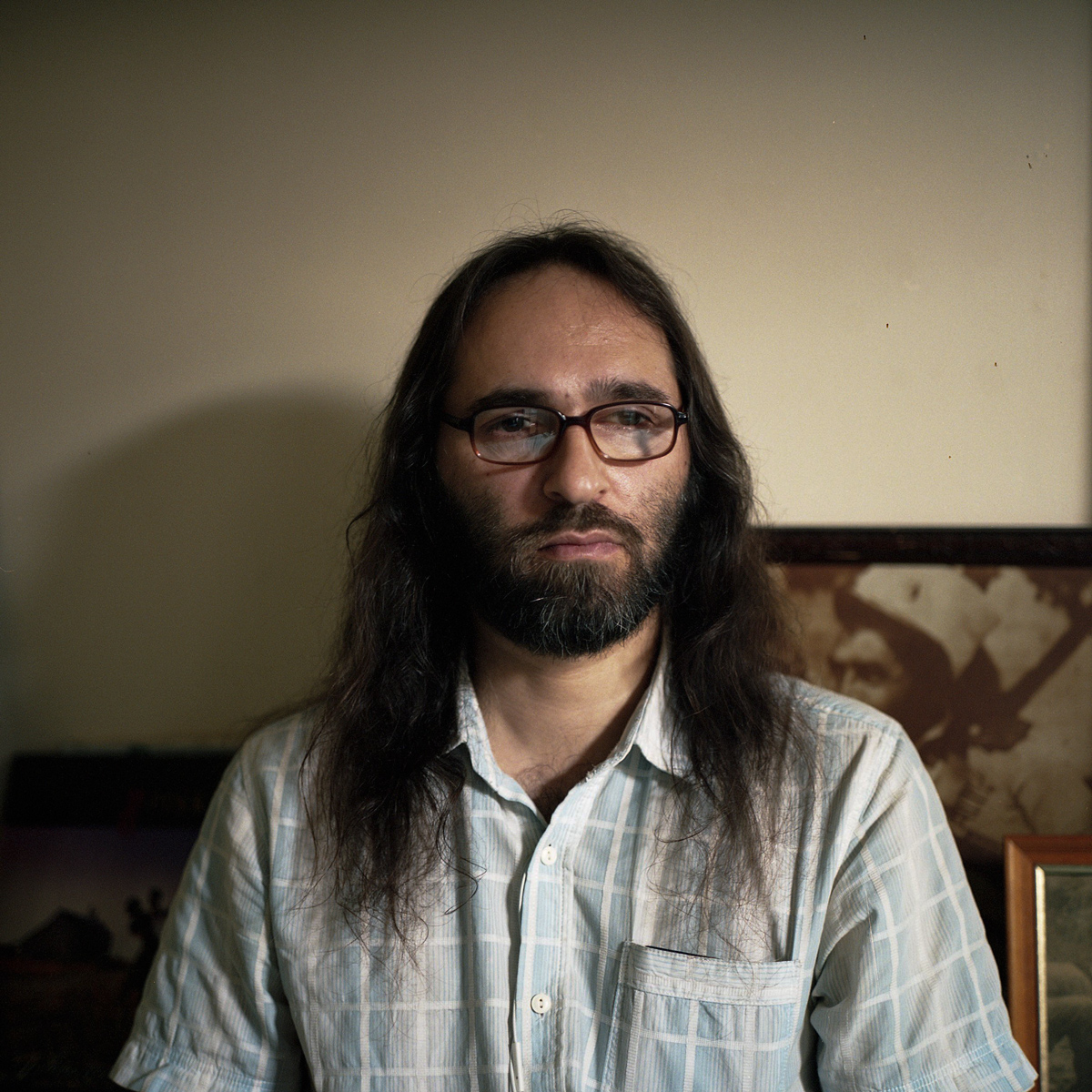 “I saved up my Nectar [customer reward] points to buy a basic internet plan for £20 a year. With it, I can contact my sister online. She sends me a couple of books every year that help wile away the hours in which I can’t work. Ahmad Shamloo is my favourite poet. I can relate to his work as it conjures up feelings of loneliness. I am after all very lonely myself. Despite not coming from a wealthy background, life was better back in Iran. Some people here have been welcoming, others judge without walking in my shoes, blaming me for taking taxpayers’ money. Truth is, I can’t work, even if I want to contribute. Attached to my fridge I have an article whose headline haunts the back of my mind: ‘Cameron joins police on hunt for illegal immigrants.’ Back in my home country, the word ‘hunt’ is only used for rich people who chase wild animals for sport.

“In Iran I was a taxi driver, but in my free time I secretly photographed scenes of inequality and graffiti depicting anti-establishmentarianism. I used to want to be a filmmaker, hoping that cinema could influence people’s mindsets. I watched people cry during touching scenes of movies, but realised that in the end they just continue with their lives and forget. My ultimate goal now is to get a UK visa and be able to work here. I would like to be a taxi driver.”

Linkedin
RELATED ARTICLES
OTHER ARTICLES
Whether it's partygate, the climate crisis or the spiralling cost of living, the fightback begins on the picket lines writes Tommy Vickerstaff
Proposals to introduce a minimum GCSE threshold for student loans will disproportionately affect those from marginalised backgrounds.
Photographer Arthur Grace recalls travelling through the Soviet Bloc and finding ways to evade the surveillance of his work.
The last few years have seen an increase in LGBTQ-led initiatives to feed the hungry, with many finding ways to stay afloat despite the challenges.
Photographer Matthew Brookes recalls following a group of young people in Venice Beach living in search of the perfect wave.
With inflation now at a 40-year-high of 9 per cent, demonstrations organised by TUC took place to demand action from the government.