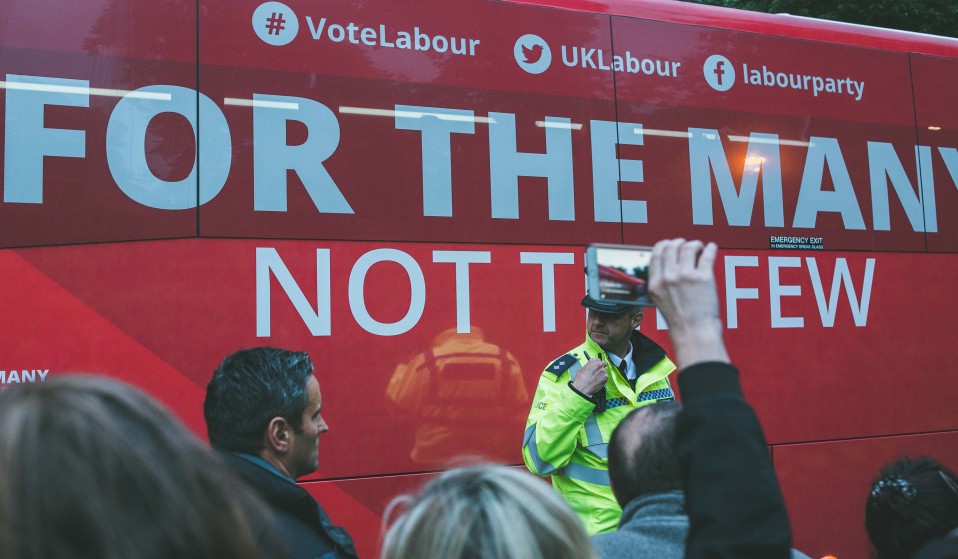 Tonight, the Labour Party announced a new policy – to fund free bus travel for under 25 year olds across the United Kingdom. The move could benefit up to 13 million young people living in Britain, and according to the party this would help under-25s save up to £1,000 a year. The policy, the party says, will be paid for using money ring-fenced from Vehicle Excise Duty.

Labour estimates the cost of the policy to be around£1.4bn per year at the end of a five-year Parliament. Free bus travel would be offered to young people in areas where local authorities introduce bus franchising, or move to public ownership of their local bus services. This, they say, will support and incentivise local authorities to create municipally owned bus companies, run for passengers not profit, which research conducted by Transport for Quality of Life has found could achieve annual savings of £276 million per year.

“Young people deserve a break,” Jeremy Corbyn – Labour leader – is expected to say tomorrow on a visit to a sixth form in Derby on Thursday. “Nearly eight years of Tory austerity have hit their incomes, their chance to buy a house and their career opportunities.”

“Labour wants to help young people make the most out of life by investing in them, which is why today we are pledging the next Labour government will provide the funds to cover free bus travel for under 25s, to support them to travel to work, to study and to visit friends.”

From the scrapping of the Education Maintenance Allowance (EMA) to cuts to youth services across local authorities in Britain, austerity has often hit young people the hardest. With the Conservative Party struggling to drum up support amongst young voters – polling from the 2017 General Election suggests Labour got three times more votes than the Tories amongst 18-25-year-olds – Labour are setting out to make a bold offer to young people.

“Our policy provides help where it is most needed, Corbyn will continue. “On average, children, young people and households with children each have less disposable income than working age households without children. Young people also tend to be in lower paid, more insecure work, and they spend a higher proportion of their income on travel. Giving them free bus travel will make a huge difference to their lives.”

Greater use of public transport reduces congestion, air pollution and carbon emissions, according to research, with the Labour Party hoping that free bus travel for under 25s will help generate lifelong increases in public transport use.

The policy, Labour says, will be funded through Vehicle Excise Duty revenues – equating to 21% of VED revenue, which is forecast to be £6.7 billion in 2021-22.

Linkedin
RELATED ARTICLES
OTHER ARTICLES
With inflation now at a 40-year-high of 9 per cent, demonstrations organised by TUC took place to demand action from the government.
The author discusses the all-consuming nature of heartbreak, and turning the experience into an incisive exploration of love and loss.
A new report has found that the majority of Britains approach trans issues with compassion. It’s about time this was reflected by our media landscape.
A new edition of a seminal book brings together iconic images of the band onstage in their full glory and backstage in moments of unguarded camaraderie.
Finland-born photographer Sirkka-Liisa Konttinen looks back on her decades-long documentation of life in Northern England.
In her new book, the author explores the country’s housing crisis in human terms and calls for radical action to address a broken system.