News & Politics / Reportage / Anti-consumerists are thriving during the pandemic 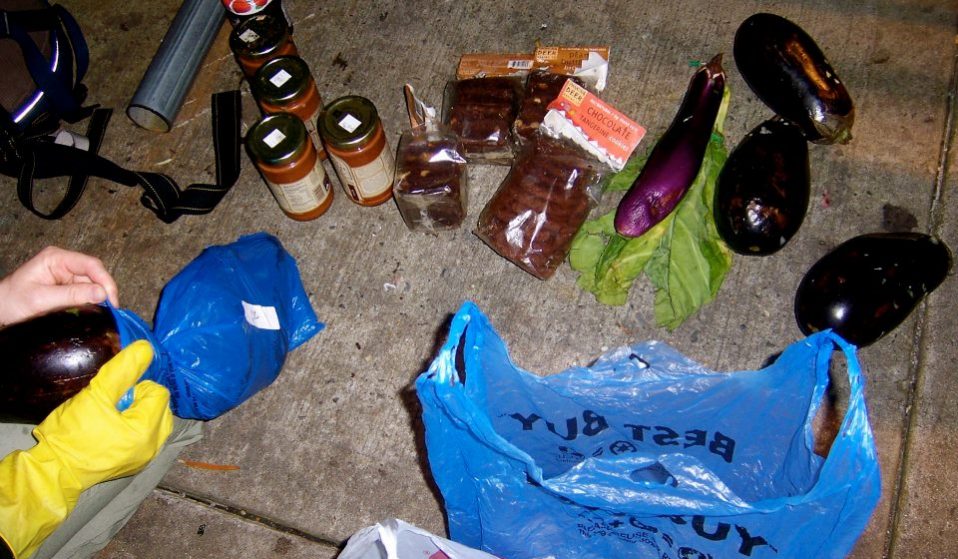 As the coronavirus changes our consumption habits, New York’s freegans – or ‘dumpster divers’ – are flourishing: ‘If anything, the pandemic has increased the volume and broadened the variety of food I eat.’

As the coronavirus changes our consumption habits, New York’s freegans – or ‘dumpster divers’ – are flourishing: ‘If anything, the pandemic has increased the volume and broadened the variety of food I eat.’

While the coronavirus pandemic has shuttered stores and restaurants across America, forcing people to dramatically change their consumption habits, one group has continued on with their lives without much interruption. Freegans, with their ideological opposition to consumerism, learned to live outside of the transactional economy long ago. Their movement is, at its core, a protest against industry and capitalism, and they fight those powers by purchasing as little as humanly possible, which is a good habit to have at the moment.

As the unofficial freegan website, freegan.info, puts it: “Freeganism is a total boycott of an economic system where the profit motive has eclipsed ethical considerations and where massively complex systems of productions ensure that all the products we buy will have detrimental impacts most of which we may never even consider.”

Practically speaking, this boycott results in their having to find new sources of food and materials outside the traditional economic system. Often, these sources are, for environmental reasons, trash. Because of these alternative sources of goods, when American cities began going into lockdown in March, many freegans avoided the sudden and shocking consumer withdrawal that swept the nation. Grocery stores and other essential businesses remained open, and there was still trash to scavenge.

“I still dumpster dive, and I even still distribute what I find to people who wait in the food pantry line on Saturday mornings,” says Janet Kalish, the creator of freegan.info and de-facto voice of the freegan community in New York City. Kalish joined the community in 2004, while she was teaching high school in the Bronx. Now, she hosts bi-monthly freegan get-togethers in the basement of Judson Memorial Church off of Washington Square Park and organises “really, really free markets”, which are like swap meets but everything is free for the taking. She’s loquacious, energetic, and likely to break into song at the drop of a hat. 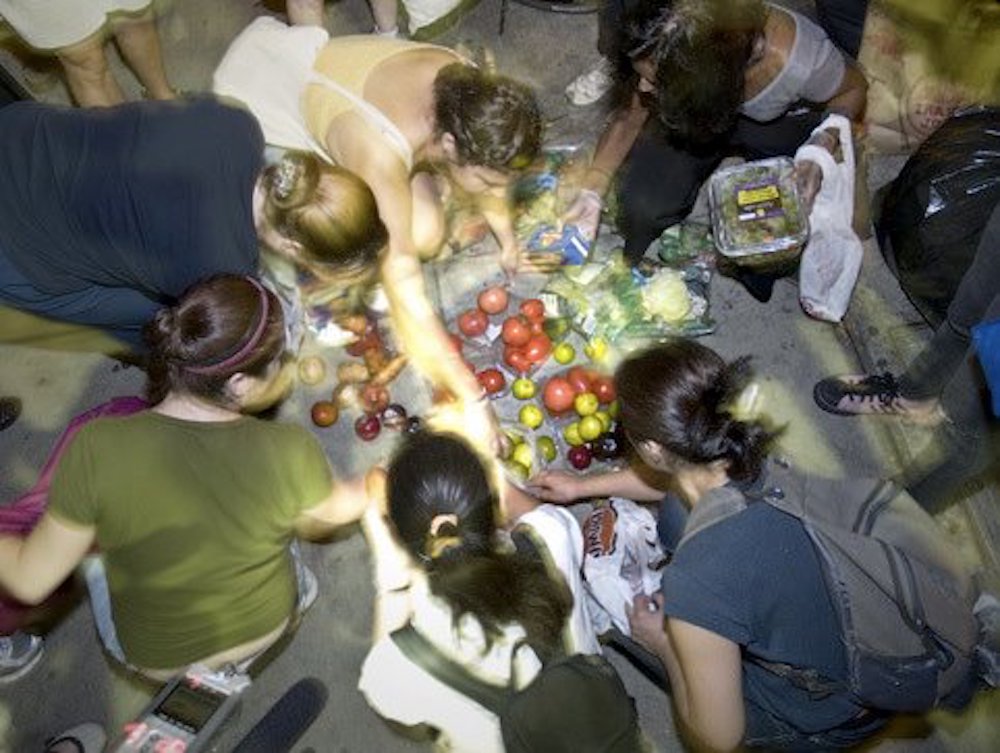 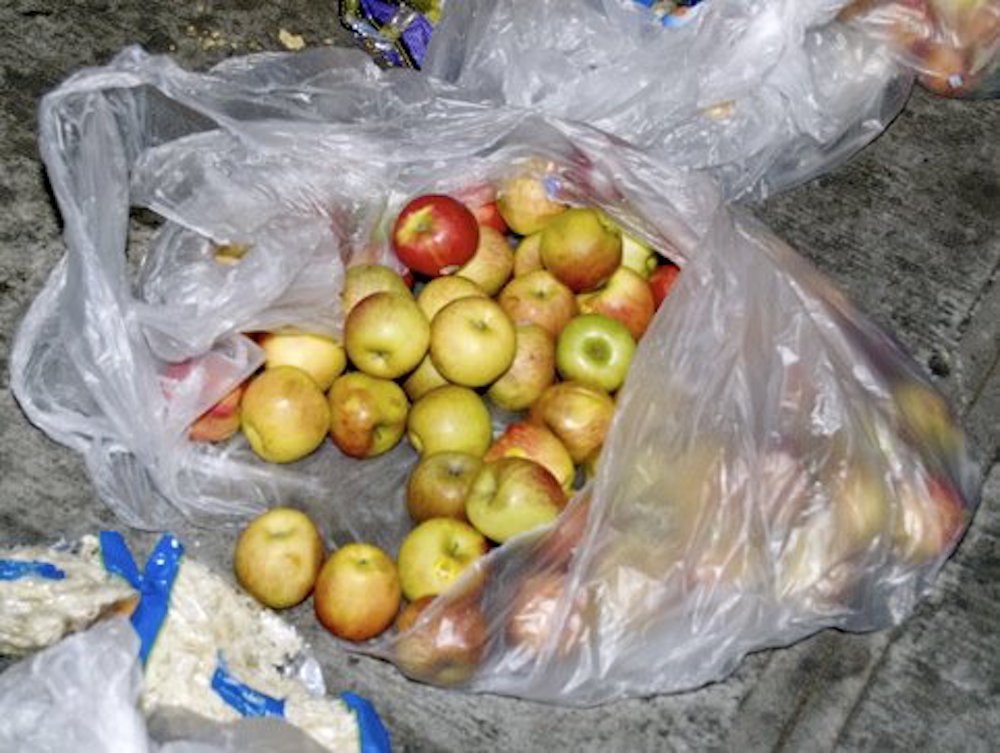 During a socially-distanced phone interview last month, Kalish described her day-to-day in the midst of this pandemic, which despite everything going on still consists of giving away the things she collects. “I just walk up to the people in the line, informally, not as being associated with the food pantry, and I just offer things. It can be houseware products, clothing, and also food. It fulfils a certain need because I do tend to accumulate much more than I want. Not because I’m trying to be acquisitive, but because I’m a little obsessive about trying to keep things from going to waste if they aren’t waste.”

In New York City, “there’s an abundance in dumpsters,” Kalish says. “People are still going on dives, and I get messages about big finds. If it’s too far away, I’ll let someone else in the city know, and hopefully some of it will get retrieved.”

When asked about potential safety concerns regarding the things she finds in the trash, Kalish is not overly concerned: “I don’t feel that what I’m finding is extremely different than what you get inside the stores on one of the shelves.” There are only one or two more steps, Kalish explains, that happen between when food is on display and when it is taken out to the garbage. If one gets to the trash quickly, the risk of contamination is minimal. “Sometimes what you’re finding was on a shelf just 15 minutes ago. It’s not grimy, dripping food. It’s good quality food that’s just labelled less sellable than what remains on the shelves.”

Still, that doesn’t mean there’s no need for caution. Aside from risking exposure to COVID-19, dumpster diving isn’t without its own health risks, if one isn’t careful. There’s always the possibility that a garbage bag has broken glass or has other sharp objects in it. And during the summer, the risk of falling ill to bacteria (or the pesticides that are often sprayed on trash to eliminate them) increases. “I was careful before, and now I’m more careful,” says Kalish. “It’s wise to be concerned, just like it’s wise to be similarly concerned about your food when you’re buying it.” 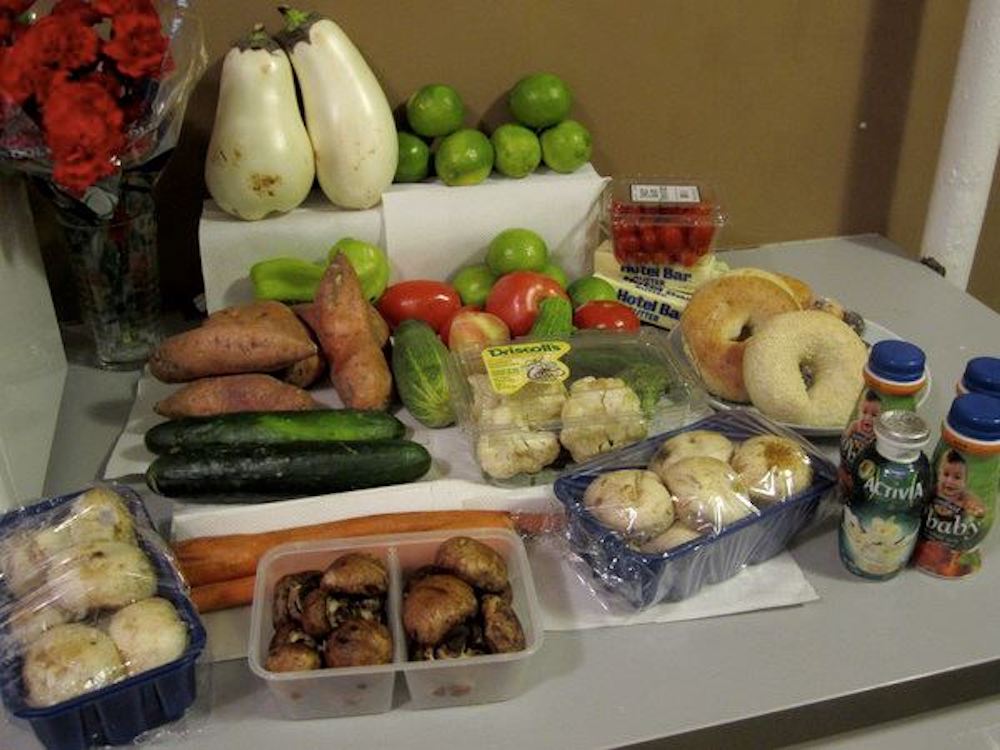 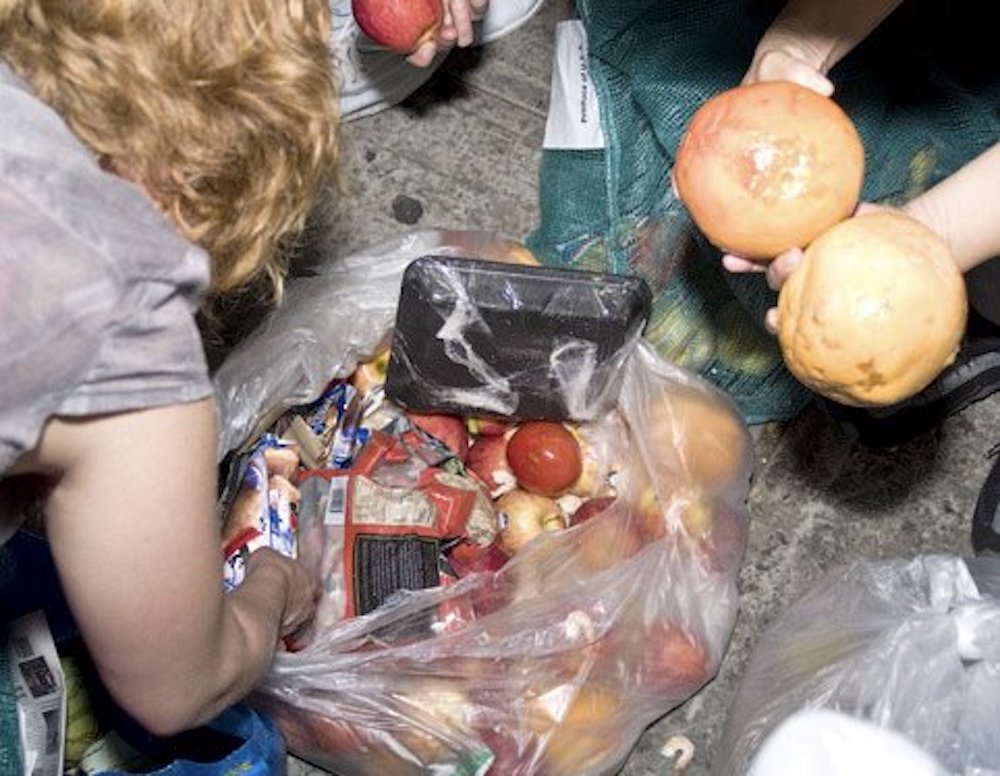 Like many other people right now, freegans are taking extra precautions to ensure that their food is sanitized. During a zoom meeting in May, which replaced one of the bi-monthly get-togethers at Judson Memorial, some freegans shared that they’re applying findings about the longevity of the virus on surfaces by leaving their found goods at the door for days before touching them again.

No one knows for certain how long this pandemic will last, but many in the freegan community know how important taking cautionary measures is when it comes to shortening its time frame. “I know they’re wearing masks,” says Kalish, “I know they’re wearing gloves, and keeping their distance. Everyone has different systems, but I know they’re being careful about the food that they bring home.” In fact, she hypothesises that – provided you take the right precautionary measures – dumpster diving might actually be safer than grocery shopping, as you’re alone and outside, instead of being in an enclosed space with a dozen people.

Kalish isn’t the only freegan who hasn’t had any trouble finding food during the lockdown. “If anything, the pandemic has increased the volume and broadened the variety of food I eat,” says Jack, an artist based in New Orleans who asked that we withhold his last name. “It’s horrible, and I don’t want to celebrate this, but someone who has my patterns and preferences is enjoying greater success.” 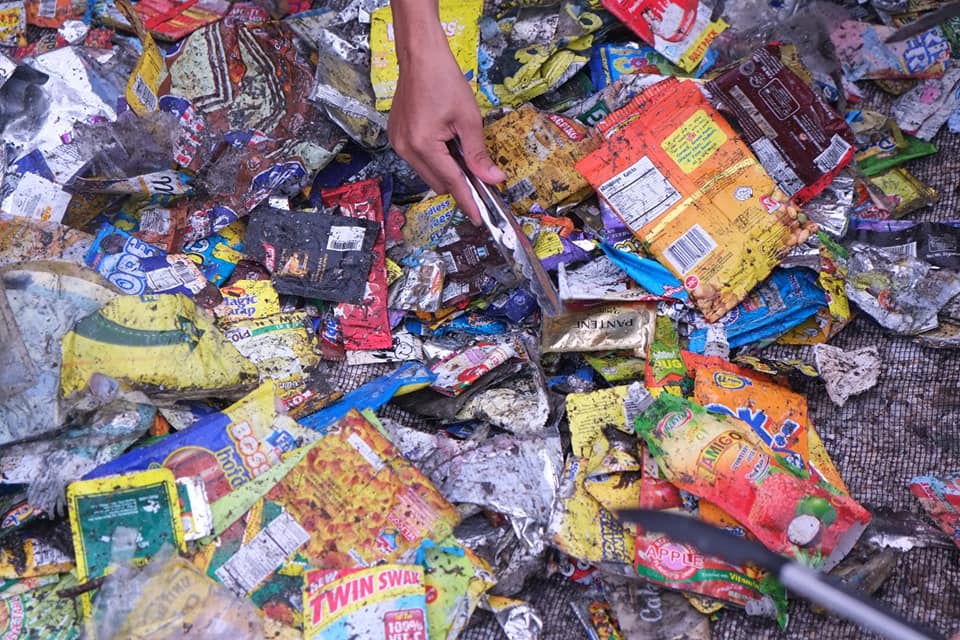 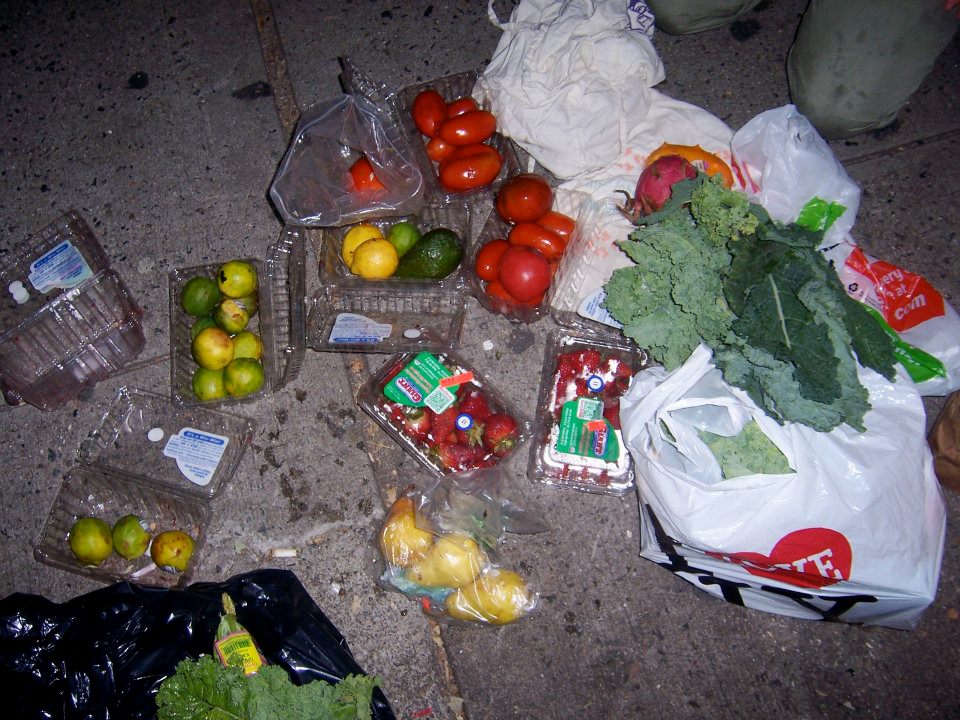 For Jack, that meant taking advantage of the food-chain disruption caused by the sudden closure of many restaurants, a problem that has been plaguing farms across the nation. “There was a window of time,” he says, “at the very beginning of the pandemic, when produce distributors were getting their normal shipments from big agricultural concerns, and the supermarkets and restaurants to whom they distributed were sort of waiving them off over the phone. And what you had, catastrophically, was this obscene deluge of perfectly fresh produce. There wasn’t a thing wrong with it. It was literally flawless. I’m talking pallets groaning with 50-pound bags of onions. During that window, I must have given away – I’m going to try and be conservative so as not to exaggerate here – 180 to 300 pounds of produce.”

The virus has emphasised many prejudices and insufficiencies in America, from the racially biased healthcare system to the sputtering cogs of the federal bureaucracy. And, considering the freegan perspective, a dependency on capitalistic structures, too. “Other people have the habit of going to Starbucks for their coffee, getting their hair done, getting their nails done – all these consumeristic services and purchases that people make on a regular basis,” Kalish says. “I do without all this stuff, so I don’t feel like there’s been that big a change in my personal life.”

Though she’s developed a strong stomach herself, for Kalish, freeganism just “means encouraging others to live more simply and less wastefully. Freegans value community and seeing a wider picture of ourselves, our society, working in harmony with our planet instead of at odds with it.” She doesn’t expect everyone to jump in a dumpster to look for some bread, but she does encourage people to develop their own relationship with freeganism based on those principles. And for some, perhaps now is a good time to work on that relationship.

“I do hope that people might recognise that you can do without things,” she said. “And that you’ll live just fine without whatever thing you can’t seem to get right now. I think most people are impressed by people who live expensively, but I think that’s easy. I think it’s a challenge and an accomplishment to live without spending a lot.”

Linkedin
RELATED ARTICLES
OTHER ARTICLES
A new law change is enabling Britain’s donor-conceived children to know the truth about their origins – but campaigners say the fertility industry must do more to protect people.
David 'Dee' Delgado’s photo project is about honouring and uplifting the city of his youth, and a world rapidly disappearing under the relentless onslaught of gentrification.
Zsófia Sivák’s ongoing project documents the country’s tavern culture, preserving a once defining part of rural life.
A new film from Berghaus traces the story of Adam Raja, who left behind a turbulent upbringing to discover the healing power of climbing.
Jeffrey Henson Scales intimate portraits and protest images of the BPP and its leaders offer a rare insight into organisation at a time of societal upheaval.
After blocking the Scottish government’s gender recognition reform bill, Westminster is now devising further changes to the law to make it harder for trans people to self-identify.