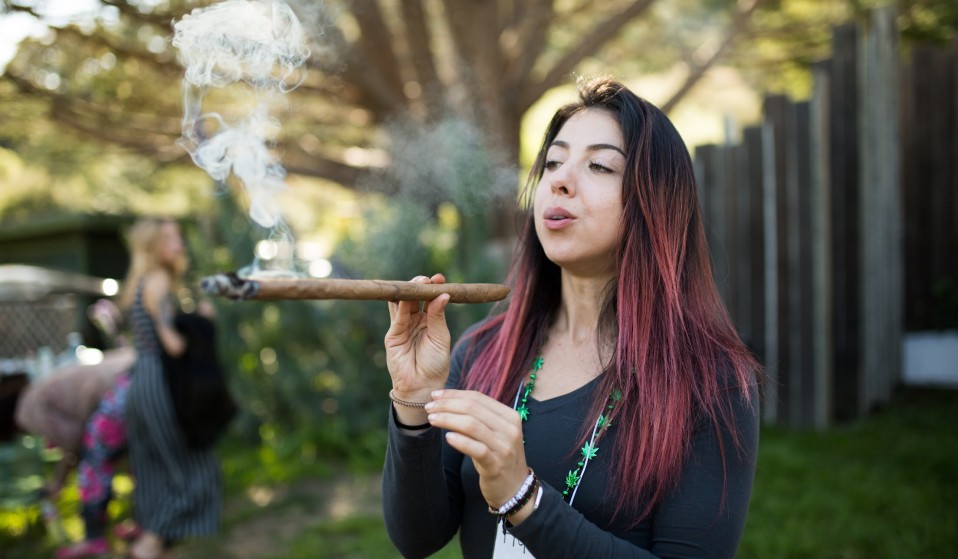 Offering classes in yoga, painting and belly-dancing, the Ganja Goddess Getaway is a weekend haven for all female-identifying cannabis fans.

Offering classes in yoga, painting and belly-dancing, the Ganja Goddess Getaway is a weekend haven for all female-identifying cannabis enthusiasts. We talk to Deidra, the company founder, to find out more.

Stoners have been victim to a lot of lazy stereotyping. In mainstream pop culture, their portrayals tend to sway between furry, bedraggled men and lazy, low-functioning dropouts. Their female counterparts, if spoken about at all, are quiet, cool and void of any thought – a manic pixie sidekick to the leading stoner man.

It’s only in recent years that these views have begun to shift. Now, thanks to high-profile influencers like Rihanna and Miley Cyrus, as well as shows like Weeds and Broad City, the drug is going through a serious, female-focused rebranding. Women are not only buying more (according to medical marijuana app Eaze there’s been a 25 per cent jump in orders from women over the last year), they’re also taking over the top spots in the industry (women now hold 36 per cent of executive positions, as opposed to just 22 per cent in other industries). 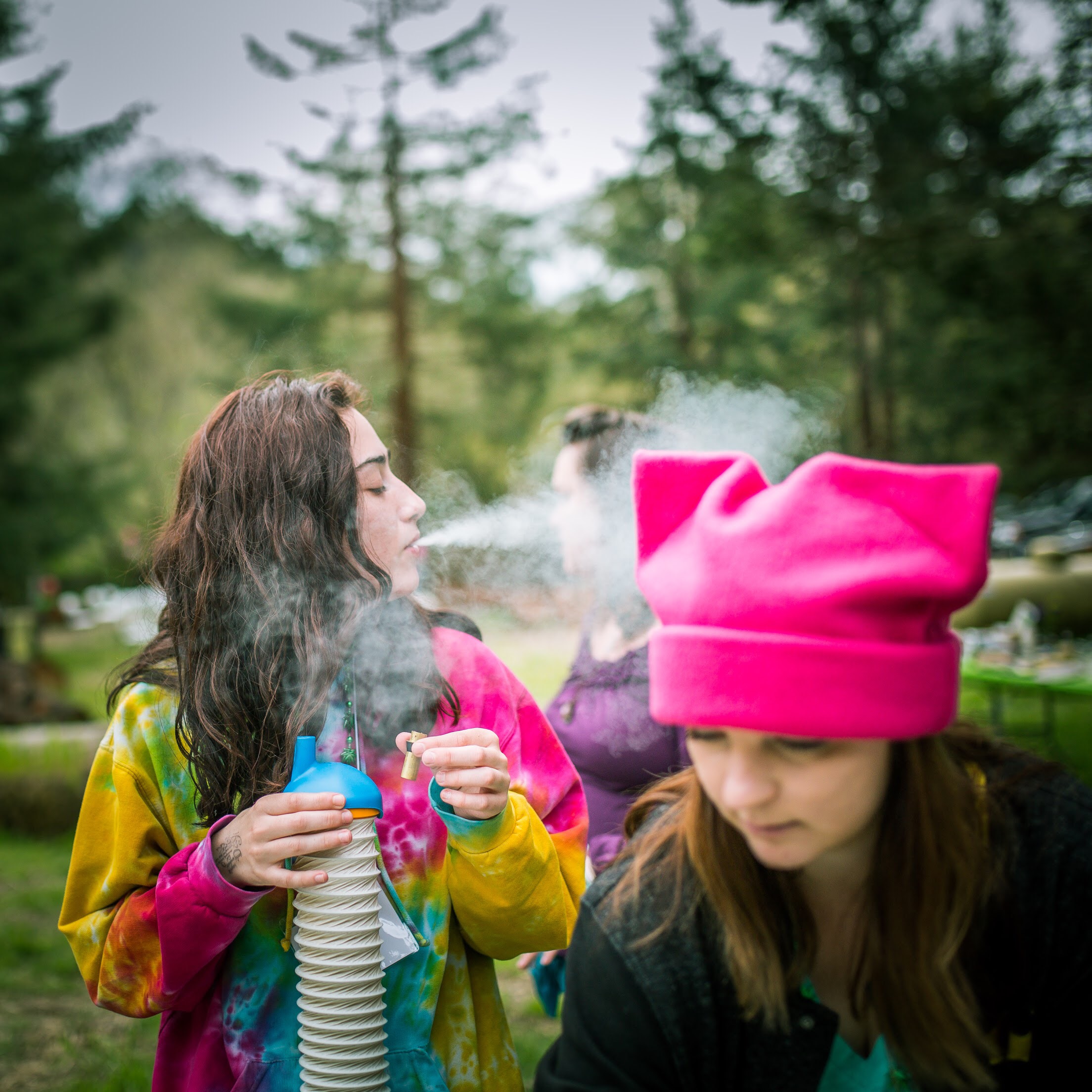 Deidra’s company, Ganja Goddess Getaways, is a California-based retreat for all female-identifying weed enthusiasts. Running sporadically throughout the year, over the course of two days, it offers attendees classes in yoga, belly dancing, meditation and painting – with joints welcome, and abundant, at all events.

“The retreat is a time for women to focus on themselves,” she tells Huck. “They can expect to love and connect with the women around them, to feel connected to the earth, and above all to reconnect with their inner goddess and feel like the divine creation that they are. They can also expect a lot of food, weed, yoga, laughter, and good times.”

Deidra started the retreat in August 2016, after five years of running a relatively successful edibles company. Initially, she says, Ganja Goddess Getaway was strictly for medical cannabis patients only – though it now plans to run monthly throughout California, taking full advantage of state’s new Adult Use of Marijuana Act. “We can now allow anyone 21+ to consume cannabis at our events,” she explains, before clarifying: “Part of the reason we can do that is that we don’t sell cannabis. Ever.” 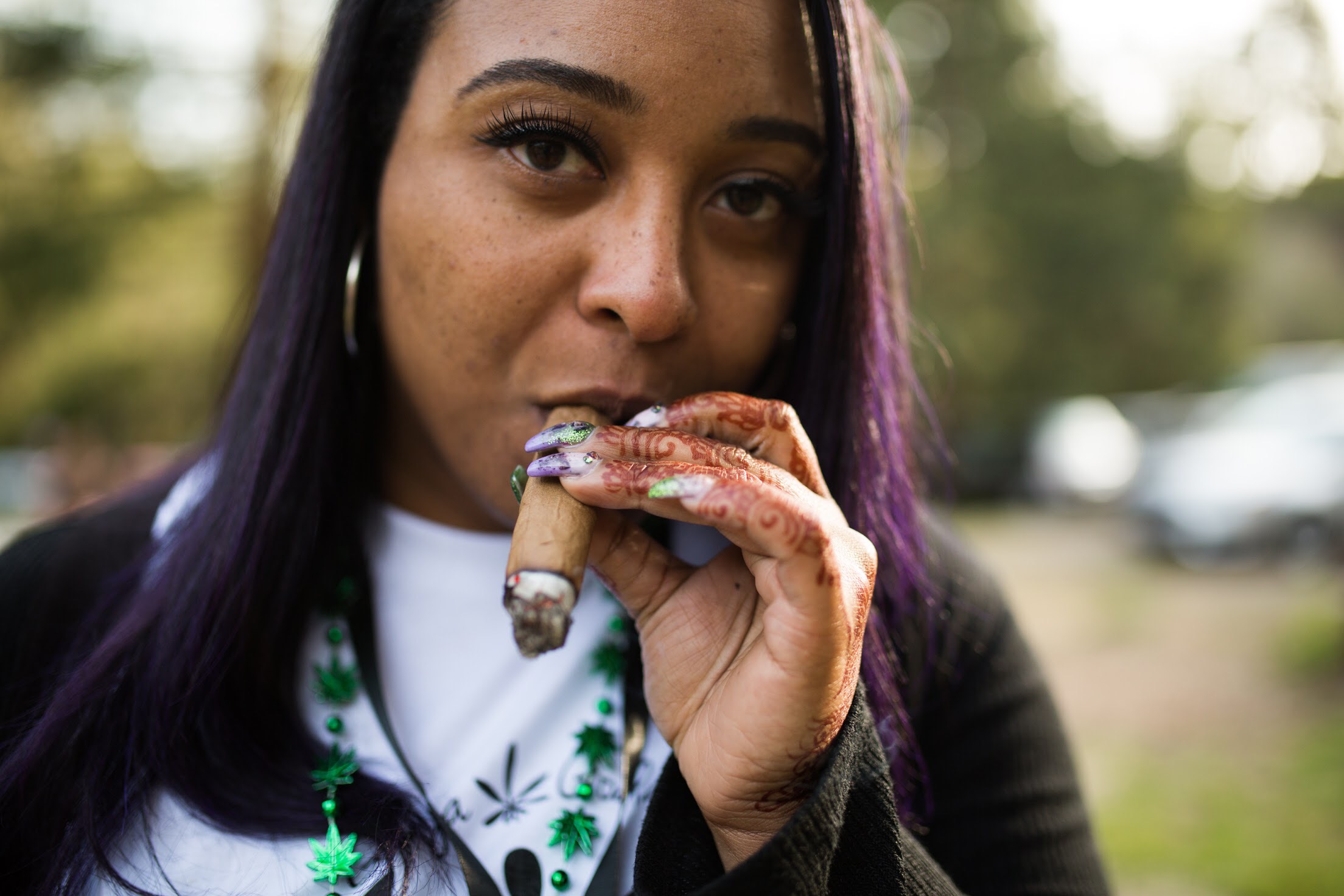 But why is an event like this limited to just women? How did she see this gap in the market? “Women’s relationships are often portrayed by the media as catty and competitive,” Deidra says. “Cannabis allows you to get real, real quick. It allows women to be candid and honest and skip the small talk. And this environment of letting your guard down cultivates intimacy and connection and allows us to create a sisterhood that is rooted in authenticity and love.”

The company plans to expand over the next year, offering more specialised retreats for mothers and couples. Deidra also hopes that, eventually, the company will be able to expand outside of California. “We’re excited to find new ways to build community and normalise this plant,” she adds, hopefully. “We’re here to erase the stigma so more people can enjoy the benefits of using cannabis as something other than just medicine or recreation; but as a self-improvement tool to not only make them better, but inspire them to make the world a better place, as well.”

Learn more about the Ganja Goddess Getaway on its official website.

Linkedin
RELATED ARTICLES
OTHER ARTICLES
Through stills, anecdotes and film criticism, a new book examines the portrayal of women’s destructive emotions, reframing it as a challenge to patriarchal structures.
Photographer Nico Froehlich’s series documents South London’s diverse communities, while also reflecting on their fragility amid rapid gentrification.
A campaign seeking to prevent future injustices where there is state involvement is gaining momentum, with Labour recently pledging its support.
Recent research is highlighting the drug’s enormous potential for treating substance abuse.
How the sounds of nature, air force bases, walking across the country, Windrush and synthesisers have influenced one woman’s journey through music and life.
Jack Lueders-Booth reflects on capturing the community that lived and worked along the city’s busiest railway route during the 1980s.